News & Politics / Activism / A Gaza resident on life after the ceasefire 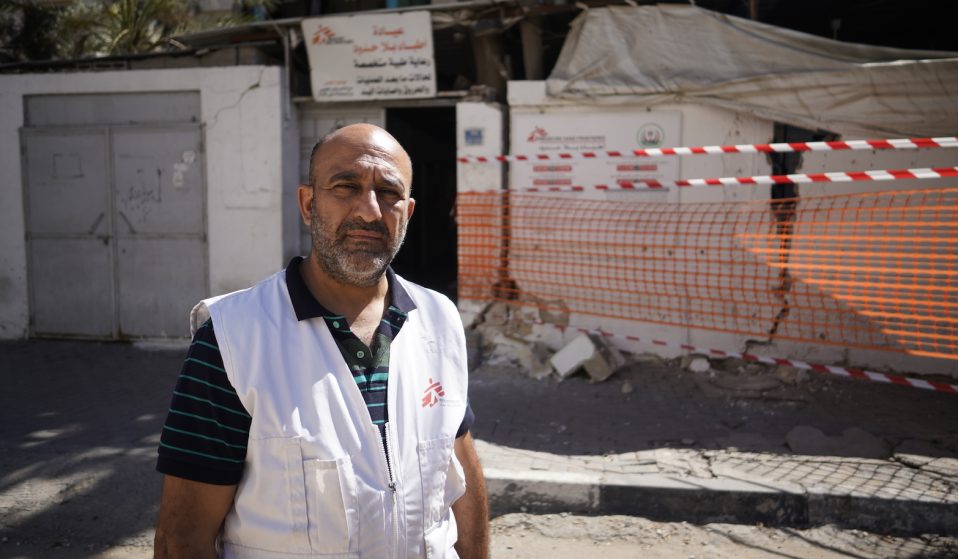 A Palestinian medical project coordinator who has lived in Gaza for the last two decades recounts the horrors of the past few weeks, which saw hundreds killed by Israeli airstrikes.

A Palestinian medical project coordinator who has lived in Gaza for the last two decades recounts the horrors of the past few weeks, which saw hundreds killed by Israeli airstrikes, and what must happen next to secure peace.

In the early hours of Friday May 21, a ceasefire came into force between Israel and Hamas, ending 11-days of fighting between the Israeli military and Palestinian militant groups, principally Hamas, which controls the blockaded enclave of Gaza.

At least 248 Palestinians, including 66 children, have been killed by the Israeli bombardment, while rockets fired by Hamas into Israel killed 12 people, including 2 children. The fighting broke out after weeks of tensions in occupied East Jerusalem, particularly in the neighbourhood of Sheikh Jarrah where Palestinian families are facing forced displacement by settler groups.

Aymen al Djaroucha, a project coordinator for Médecins Sans Frontières (Doctors Without Borders) in Gaza, is a Palestinian who has lived in Gaza for 20 years. Here, he tells journalist Jessie Williams what life in the enclave has been like over the past two weeks, and, as Gazans once again pick up the pieces of their lives, what now needs to happen to ensure peace is long-lasting.

“The last two weeks have been very hard for my family and I. I’ve lived in Gaza for 20 years and have experienced the 2008, 2012 and 2014 wars, and this last one – which I hope will be the last one – was the most difficult, and the most violent.

“The 11-days that we spent under bombing, airstrikes, shelling, were very difficult for me personally and for all the members of my family. We did not feel safe in our home which is located in an apartment block in the south of Gaza City. There were a lot of airstrikes – in the city, between buildings, in the streets, there were many airstrikes and many houses were targeted.

“I have three children aged 17, 13, and 12. In 2014, they were still young so they didn’t really understand, but this time they were very afraid. They were aware of what was happening around them. At night, hearing the bombs and the airstrikes made them very scared. They asked their mother and I, ‘What is happening?’ and sometimes, we wouldn’t have an answer. We just told them, ‘It is safe, the strikes are far from us, it is not near our building’.

“But then the building in which I live with my children, wife and mother was targeted on 14th May. Some flats there were bombed. The Israeli military called the building’s caretaker to warn the families living inside to evacuate. We weren’t given a long time to get out, maybe less than one hour, not enough time to take our belongings, only some important items. The building received a warning missile and a few minutes later the flats were bombed in an airstrike.

“The building received a lot of damage and then there was a fire because of the bombing. The flats above the 8th floor were badly destroyed by the fire and it was very hard for the civil defence to extinguish it.

“To leave your home in which you have spent 12 years; you have all your memories there, it’s where our children grew up, where we spent time with each other and shared happy moments and difficult moments. All my life was there. But we had to leave.

“For a while, I had to sleep in the MSF office, while my children and wife stayed with my mother-in-law. But I’ve been back to my flat to look at the damage and to try to return to my normal life. We have a lot of repairs to do inside and on the stairwell and a lot of cleaning. It’s not only the bombing; the fire also created a lot of damage. The lifts are not working – so that’s hard if you live on the 8th or 9th floor. They are trying to repair it but it’s not easy. It will take some time I think.

“I’ve been working at MSF for a long time, at the moment I am the project coordinator in Gaza. We are living in difficult times, even in the previous military operations we have tried to do our best. We are trying to help as much as possible with the activities that we had already implemented in Gaza with our OPDs [outpatient departments] and services. We try to support the other medical facilities in Gaza. For one week [during the recent violence] it was very difficult, because movement was very risky. We made donations to the Ministry of Health to use during this emergency. We support burn cases and trauma cases. Our four OPDs are working daily to administer dressings and physiotherapy and post-operative care.

“We have about 200 staff members here in Gaza. We have surgical teams and staff working in the OPDs. The priority at the moment is the trauma cases and treating the wounded. We have good experience, two years ago when the violence escalated we were the first to receive the injured in our clinics. At the time of the recent violence, physically and mentally myself and the team are tired but you are trying to keep yourself and others safe. Now that the fighting is over, many of our staff and the rest of the population in Gaza will collapse after the stress of the last few weeks. Many people have said to me that they are not able to work or not able to cope with what is happening.

“On 16th May the MSF’s burns and trauma clinic in Gaza City was damaged by an airstrike. Fortunately, no one was hurt in the clinic. Our teams have already started to evaluate it as we need to repair it as soon as possible. Not only the whole waiting area was affected, but also one of the main sterilisation rooms, which we use to prepare materials and to sterilise the tools which we use in all our OPDs and in other units, like the Al-Shifa Hospital [the largest medical facility in the Gaza Strip] We make deliveries to them so it’s vital that we are able to get back to normal as quickly as possible.

“We have seen many people displaced and forced to live in shelters and gather in schools and in the classrooms. I hope this will not increase the number of people contaminated with Covid-19. If this number increases, we will have double the problems in Gaza.

“The ceasefire is good, of course, we needed peace and to stop the bombardment. We needed to feel that we were a little bit safer, to be able to gather with our family, with our children, hug them and to live in peace for a few weeks or months. We don’t know if this ceasefire will hold. We have to keep hoping. We want this ceasefire to persist and to continue. The bombing and the shelling and the fire is, of course, difficult for anyone. No one wants to live in an environment with so much violence and continuous airstrikes.

“We have heard that the reconstruction of infrastructure damaged in airstrikes will begin soon. Health infrastructure and the staff that work within it were very worn out even before [the recent bombardment]. Resources are low. We have already been besieged for years. Everyone in Gaza is tired of this life. People need to have some rest; to live in peace. We want to be able to lead normal lives.

“Many things have to change to make life better for the people of Gaza. Crossings [into the Gaza Strip] have to be opened, the siege has to end, the occupation has to end; the list is long. We hope that life will change soon. We are hearing that they will launch the peace process again. But frankly, we are not hoping too much, because we’ve seen how many years it’s taken and still today we are watching what’s happening here in Gaza with the siege, in the West Bank, in Jerusalem. These problems need to be solved.

“We can’t lose hope [that one day we will live in a free Palestine], because without hope we cannot live. We don’t have any other option.”

Linkedin
RELATED ARTICLES
OTHER ARTICLES
For decades, an area of East London has served as a community hub for Vietnamese people looking for a taste of home.
Proposals to introduce a minimum GCSE threshold for student loans will disproportionately affect those from marginalised backgrounds.
Wealth inequality and the rising cost of socialising is placing a strain on people’s relationships, reports Eve Upton-Clark.
Thomas Hoepker‘s images taken during a road trip across America provide a searing social commentary about a divided country.
Curator Antoine de Beaupré discusses his immense record collection and what it tells us about the intersection of music, photography, art, and commerce.
Yesterday queer activist group Lesbians and Gays support the Migrants staged a die-in at the Pride in London parade to protest the inclusion of police in the march reports Huck politics editor Ben Smoke.