News & Politics / Activism / A sold-out city? The fight to save Dublin’s nightlife 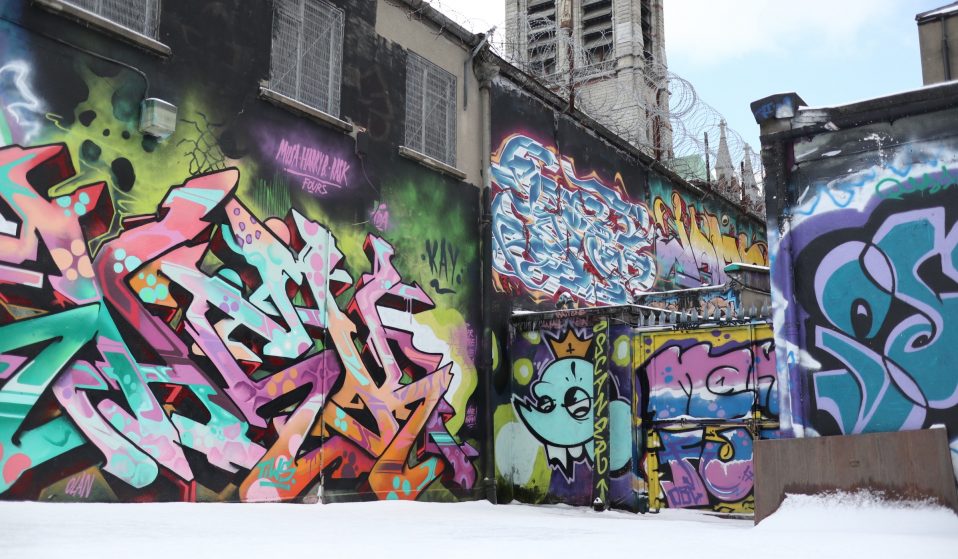 In the past year alone, 79 hotels were given the go-ahead for construction or large-scale refurbishment in Dublin – often at the expense of cultural spaces. As the threat of full-scale ‘hotelisation’ looms, we speak to the people fighting back.

In the past year alone, 79 hotels were given the go-ahead for construction or large-scale refurbishment in Dublin – often at the expense of cultural spaces. As the threat of full-scale ‘hotelisation’ looms, we speak to the people fighting back.

This year, on Imbolc – a Gaelic tradition that sees Ireland celebrate the patron saint Brigid, a Celtic goddess who allegedly had 7th-century lesbian romances and carried out the first abortion on the island – members of Dublin’s LGBTQ+ community congregated in a small, sweaty enclave in the city to party.

The sell-out event, titled ‘Grace’, saw hundreds of people spill out of the venue and into the cold February air around the Quays area of the city. Organiser Stevie Nixx recalls how a mix of fashion kids, fetish daddies, drag queens and kings — a collection of “freaks and weirdos” — danced freely in a dark, smoky room, aeons away from the gaudiness of mainstream clubs. But while this story of an emerging DIY event in Dublin was one of success, it came during a turning point in Irish nightlife.

One week prior, the city’s Tivoli Theatre, home to the fabled electronic warehouse venue District 8, held its final event after owners decided it was to be replaced by a 289-bed apart-hotel: a hallmark of urban neoliberalism, all too familiar to those living in 21st-century cities. Last year, Hangar, another electronic music venue, was demolished to make way for a similar enterprise. What had previously been a slow, encroaching annihilation of Dublin’s nightlife – referred to by many as ‘Hotelisation’ – had begun to speed up.

In today’s climate, venue owners have realised they can often make more money by selling their premises to developers – or by redeveloping them into more profitable businesses, like hotels – than by operating them as cultural spaces. In the past year alone, 79 hotels were given the go-ahead for either construction or large-scale refurbishment in Dublin’s city centre, green-lit by an increasingly rapacious tag-team of city council executives and members of Ireland’s planning permission board. It’s a staggeringly high figure for a small city experiencing a prolonged housing crisis.

“That’s the part that a lot of people are unified on,” explains activist Sunil Sharpe, discussing the campaign he spearheads to reform and modernise Irish nightlife. “Why, when there are so many better uses for space, are we turning them all into hotels?”

Sharpe – a proud Dubliner, world-renowned techno DJ and founder of Give Us The Night, a movement promising to rejuvenate nightlife culture – laments the current state of Irish nightlife in unambiguous terms. “Most of our late night venues – if you can even call them venues – are pretty much all just bars. Dublin is a city of late bars now. That doesn’t excite a lot of people.” 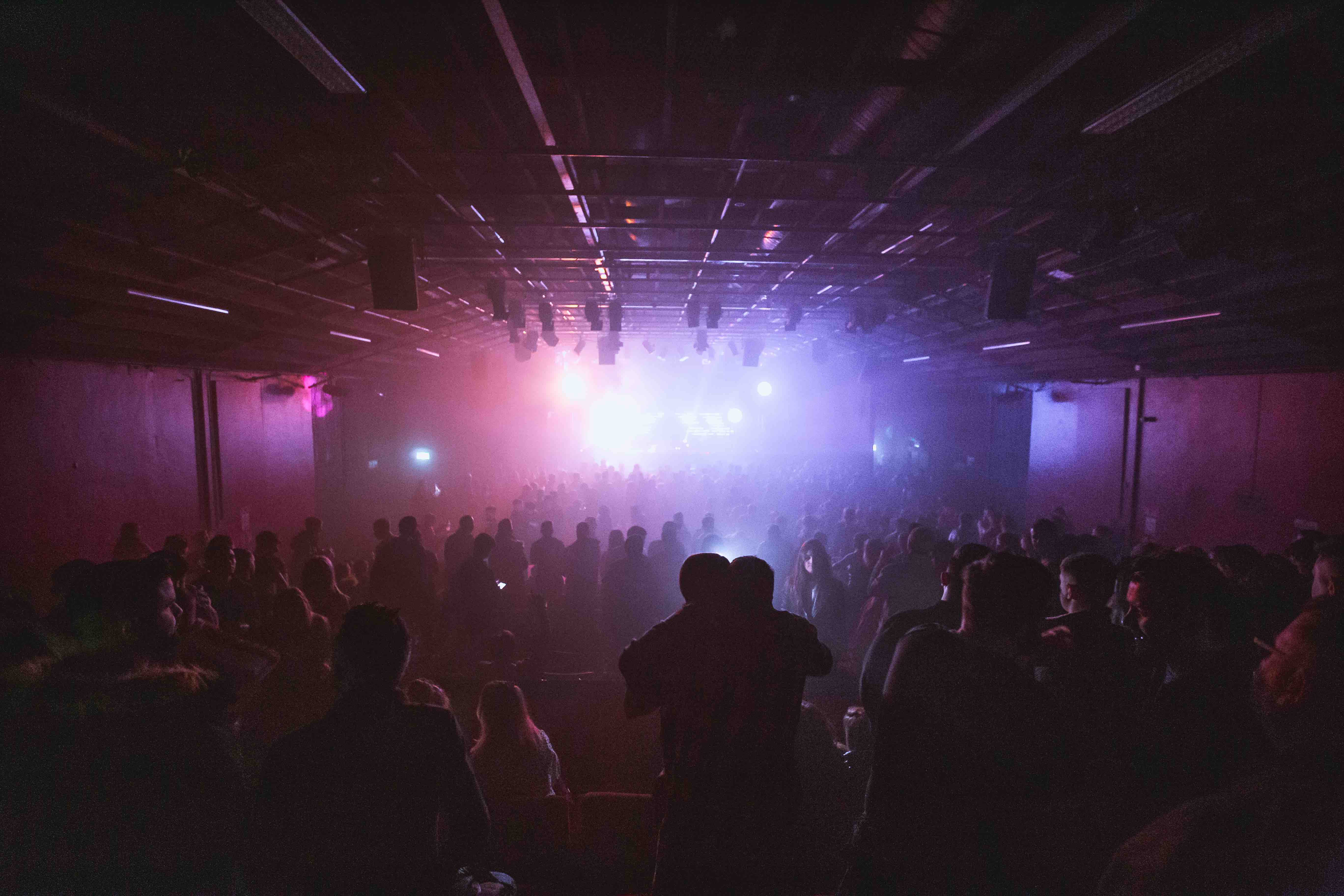 The campaign released their mandate last month, a document of intent which lays out their goals to bring legislative change, all while highlighting the cultural and economic benefits of a buoyant nightlife economy. On top of that, they embarked on a series of public meetings in the style of town-halls across Irish cities. “What is at the top of our agenda,” Sharpe explains, “is the need for multi-use spaces that can involve many people operating within the creative arts.”

There are plenty of obstacles. A chronic lack of space; soaring property costs; strict licensing laws; a disinterested, rigidly right-of-centre political class that often prioritises tourism and investment over citizens; an ugly sea of gentrification – all of these have combined to create a beige nightlife culture in a state of stasis. While this is a common feature in Western cities across the globe, the erosion of nightlife is especially pronounced in a city like Dublin: two cutting-edge venues close in the modestly-sized city and, suddenly, a distressing void is left unfilled. Promoters know this all too well.

“The main hurdle [for promoters] is that the infrastructure of existing club venues can’t meet the demand for the acts,” says Stephen Manning, co-owner of the independent promotions group Hidden Agenda and an organiser with District 8. “The knock-on effect is that it won’t be financially viable for certain acts to play Ireland outside the festival circuit.”

Historically, cultural spaces have been seen as a threat to the social order in Ireland. Irish legislation, with its roots in early 20th-century dance halls, still anachronistically refers to club nights as ‘dances’ (a technical truth, but one that elucidates just how outmoded the current legislation is). The reluctance to modernise — to view nightclubs as anything other than legal nuisances — is tied to an overarching conservatism that views music outside of traditional, parochial archetypes as culturally insignificant.

“Ireland has done very well from promoting traditional music and of marketing our country on the back of tradition,” Sharpe says. “We don’t do a whole lot, though, to enhance or nurture modern musicians and DJs and people who are involved in truly contemporary music.” 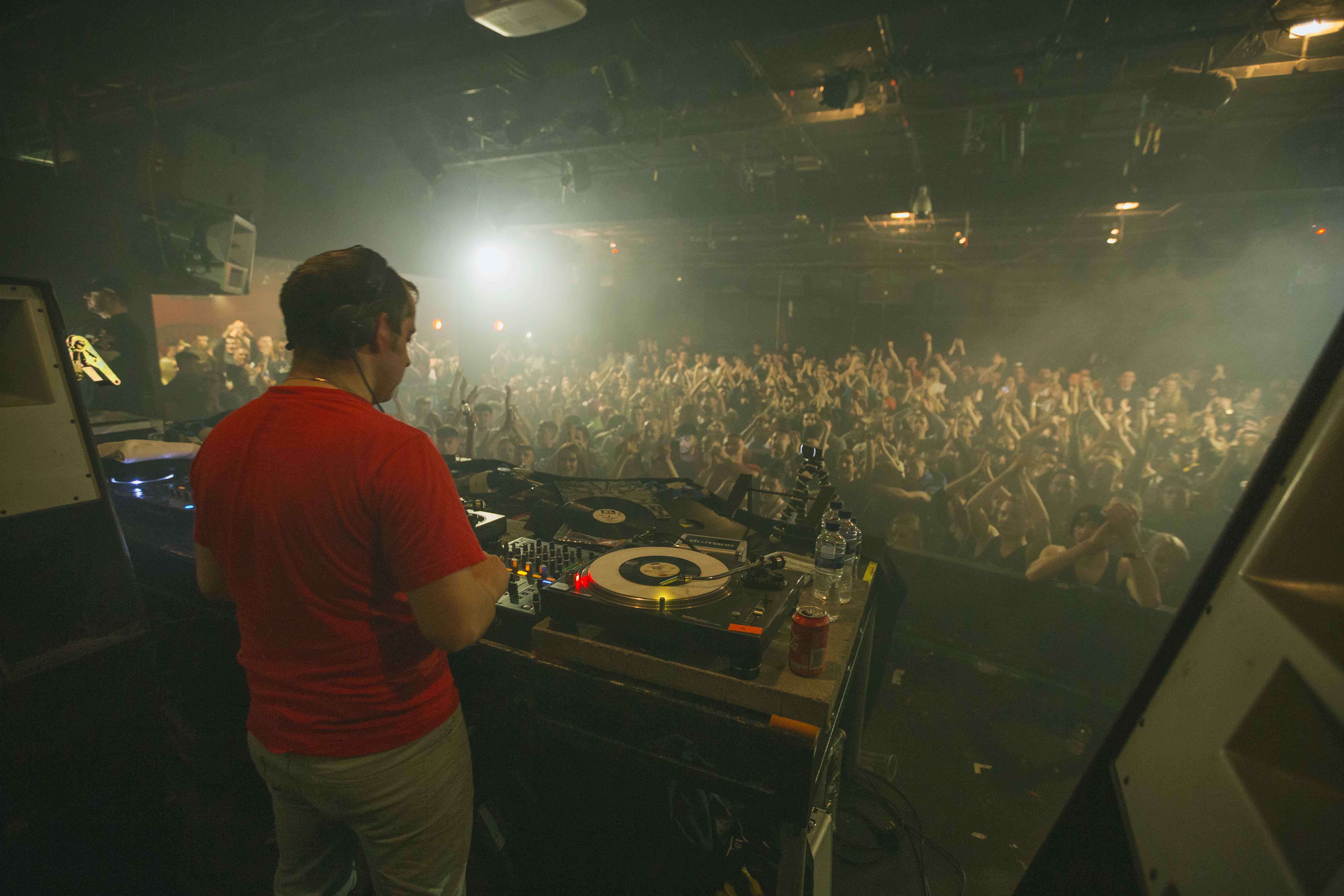 A strong, enduring pub culture also means bar owners control much of the agenda when it comes to licensing laws. Large-scale, profit-driven nightclubs across the country – which primarily focus on consumption, as opposed to experience and community – also tend to oppose meaningful change.

Tellingly, in 2018, it was announced by Ireland’s Department of Culture that the National Concert Hall in Dublin was to receive an eye-watering €78 million in state funding. This is while struggling artists emigrate in their droves, and niche festivals and venues continue to fold due to insurmountable funding difficulties.

In today’s world, cities are constantly competing against one another for global investment, vapidly marketing themselves as shiny ‘hubs of culture’ in order to gain the upper hand. As a result, residents are often ignored: urban areas are developed solely for profit, with little or no concern for what Robert Hollands – a professor of sociology at the University of Newcastle who has written extensively about youth culture and alternative spaces – refers to as “use value”.

“If apart-hotels or gentrified city centre apartments create a bigger return on investment or property development, then they will quickly replace spaces for socialising, creativity, and social need,” he explains.

The fight for alternative spaces is a singular global issue — but it may also blend in with broader urban cultural movements. Anti-austerity and radical housing movements have gained momentum in recent years in Ireland. Housing protest group Take Back The City earned national coverage last year after they began occupying some of the many thousand vacant homes in Dublin city to protest the lack of affordable housing. It’s a shared movement and cause, even if some don’t realise it: a new form of nightlife, a new vision of a prosperous modern city for residents as well as visitors. 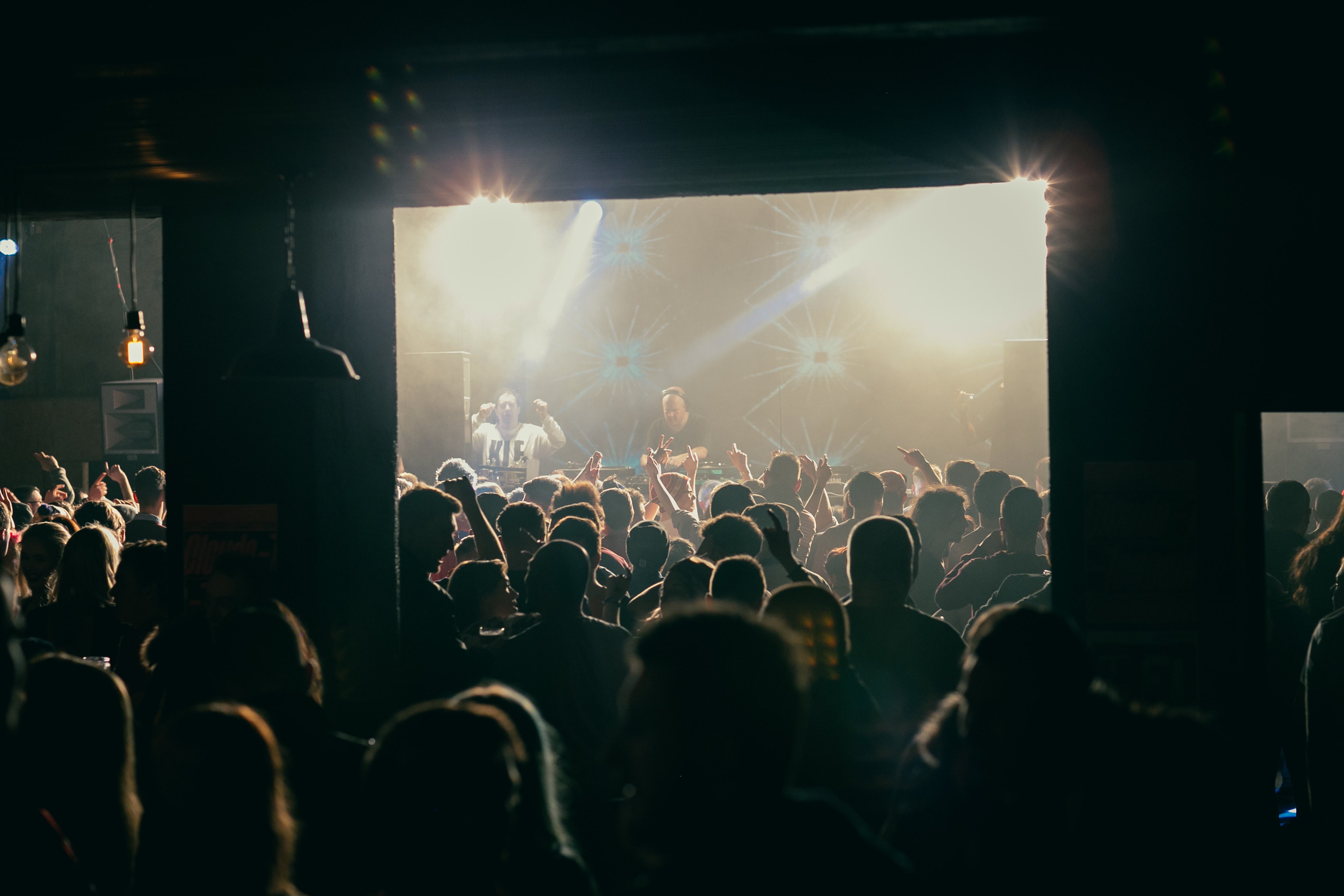 “Many of the alternative creative spaces I have visited are collective or cooperative in organisation, and there is a blurring of the consumer-producer divide,” Hollands says. “That’s the kind of nightlife worth fighting for.”

Substantial progress was made by Give Us The Night this year, having held meetings with various political representatives in recent months, including an advisor to Ireland’s Minister for Culture. One legislator, Sinn Féin Senator Fintan Warfield, attended Give Us The Night’s public meeting in Dublin and was taken aback by how energised the young people in attendance were. In his view, an appreciation of modern cultural identity is missing among Ireland’s political class. “This may grow from the age and attitudes of policymakers,” he explains. “I also think there’s a degree of stigma that nightlife generally revolves around alcohol and drugs.”

In terms of fixes, a designated nighttime commission to recommend proposals is often touted. More immediately, there have been calls for the appointment of a night mayor to liaise with local political representatives. There is an awareness from activists, galvanised by the successful pushes behind Ireland’s two recent transformative referendums, that the various stakeholders need common sense assurances, not hostile pronouncements. Now, according to Sharpe, those who were typically opposed to change — local businesses, Garda Síochána (the Irish police force), club operators, local politicians — are open to dialogue. In meetings with activists, they have even helped flesh out the broad merits of legislative changes. 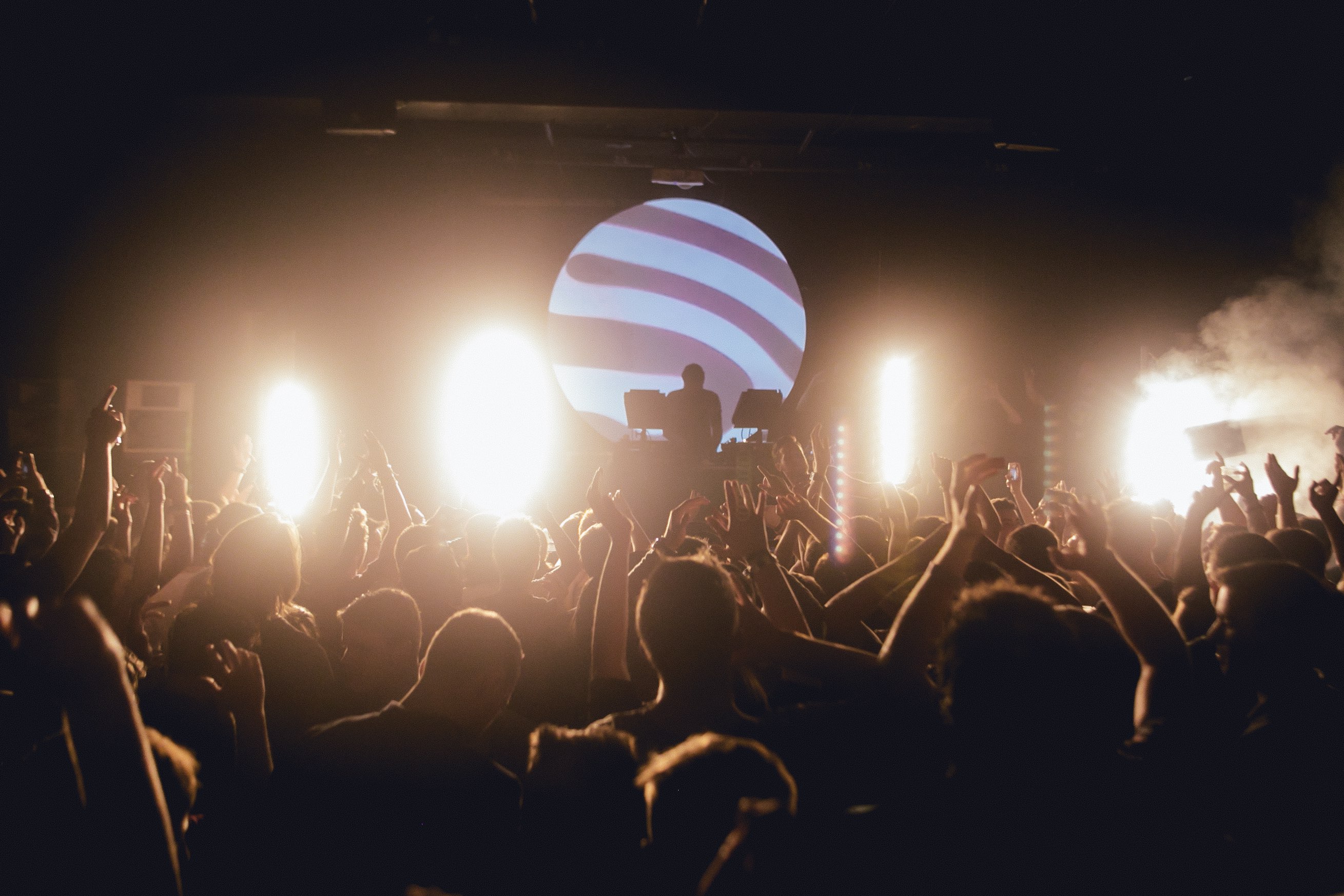 Mirik Milan, the pioneering former night mayor for Amsterdam who now works as a nightlife consultant, says that local communities need to be armed with information and data about the shared benefits of a healthy nightlife culture. “You need to have somebody with political power who is willing to listen, who’s progressive enough to see the value of a city flourishing after dark,” he says.

In Dutch cities, this pro-nightlife model has been wildly successful: in Amsterdam, there has been a 28 per cent decline in alcohol-fuelled violence in its entertainment district. 10 clubs in the city’s suburbs have also been granted 24 hours licences, which has led to the creation of new jobs across the region.

In Dublin, while nightlife may be suffering, there are signs of evolution. Considering the erasure of physical spaces, the arrival of digital havens for music lovers is somewhat unsurprising. Dublin Digital Radio (DDR), a community-run radio station founded in 2016, has become a place where many people who would otherwise be filling up venues have found themselves welcome: an alternative space in the truest possible sense.

“[We wanted an identity] that fed back into the network of DJs, producers, labels, activist groups and others putting in trojan work to making Dublin — and other cities in Ireland — a more interesting place to be,” says Sean Finnan, a co-founder of DDR.

Most noticeably, the station’s organisers run regular progressive events in Jigsaw — a venue with its roots in Seomra Spraoi, an autonomous social centre — with no social media events and free entry for all of the station’s subscribers. Even though promoters and creatives are sometimes shackled by archaic laws and inertia, there is a spirited fightback across the island.

Sharpe is confident that the sense of devastation felt among a certain sect of clubbers will subside. Change is inevitable, he tells me, at least a dozen times during our conversation.

“It’s about keeping a little bit of soul in the city as well,” he says. “Because the danger is that the city is soon going to become very soulless – and we definitely do not want that to happen.”

Linkedin
RELATED ARTICLES
OTHER ARTICLES
50 years since its inception, and the campaign calling for recognition that capitalism depends on domestic labour is as pertinent as ever.
With inflation now at a 40-year-high of 9 per cent, demonstrations organised by TUC took place to demand action from the government.
The past five years have seen a staggering increase in foodbank usage across the UK. Now, staff fear things are set to get much worse.
Wealth inequality and the rising cost of socialising is placing a strain on people’s relationships, reports Eve Upton-Clark.
Photographer Matthew Brookes recalls following a group of young people in Venice Beach living in search of the perfect wave.
Thomas Hoepker‘s images taken during a road trip across America provide a searing social commentary about a divided country.