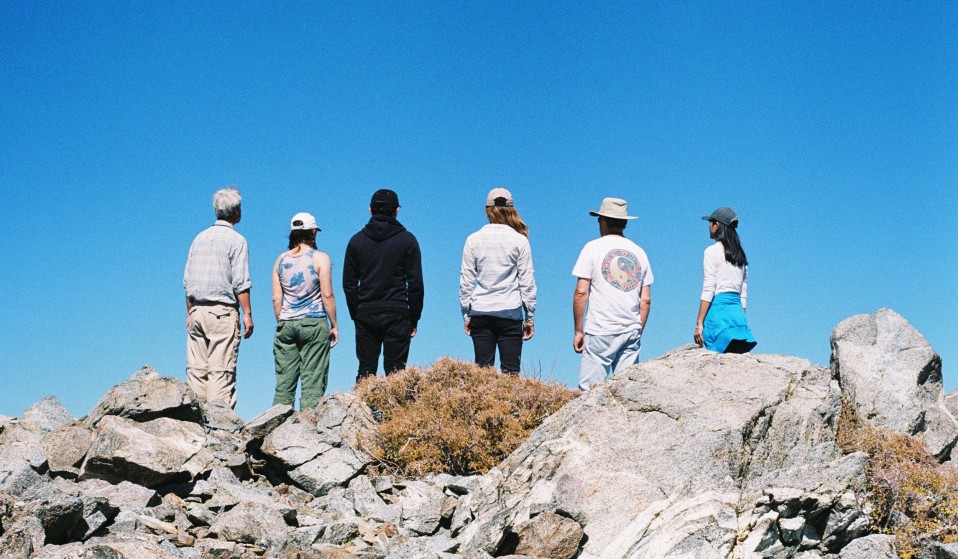 Since it was founded in the 1950s, the Aetherius Society has claimed to be responsible for preventing some of the world’s most deadly catastrophes. Writer Frank Martin spends two months at the secretive organisation’s LA branch to learn how they do it.

Since it was founded in the 1950s, the Aetherius Society has claimed to be responsible for preventing some of the world’s most deadly catastrophes. Writer Frank Martin spends two months at the secretive organisation’s LA branch to learn how they do it.

A crowd departs from a small temple on a weekend afternoon in the Californian sun. Inside is a painting of Jesus, an altar and a large wooden cross. At first glance, this appears to be nothing more than a fairly modest American church – but within, there is an image of Buddha, Mahavatar Babaji and a number of cosmic entities, of planets and galaxies. There is also a large framed photograph of this group’s founder: a thin, stern looking man known as George King.

The Aetherius Society is a fringe religious group based just south of Hollywood Boulevard in Los Angeles. Founded in the 1950s and composed of a few hundred members, they believe in communication with god-like cosmic beings or ‘masters’ – Jesus is one (he’s from Venus), Lord Buddha another. For two months, they welcomed me into their temple and invited me on their pilgrimages.

With the energy they create from their prayer – stored in a crystalline battery and transmitted via radio signal – they endeavour to maintain global peace. They believe a number of past civilisations have been destroyed by nuclear-style advanced warfare – a belief no doubt related to the fact that the society was founded at the height of the Cold War. Amongst their achievements, they point to a recent intervention that helped prevent the outbreak of nuclear war on the Korean peninsula. 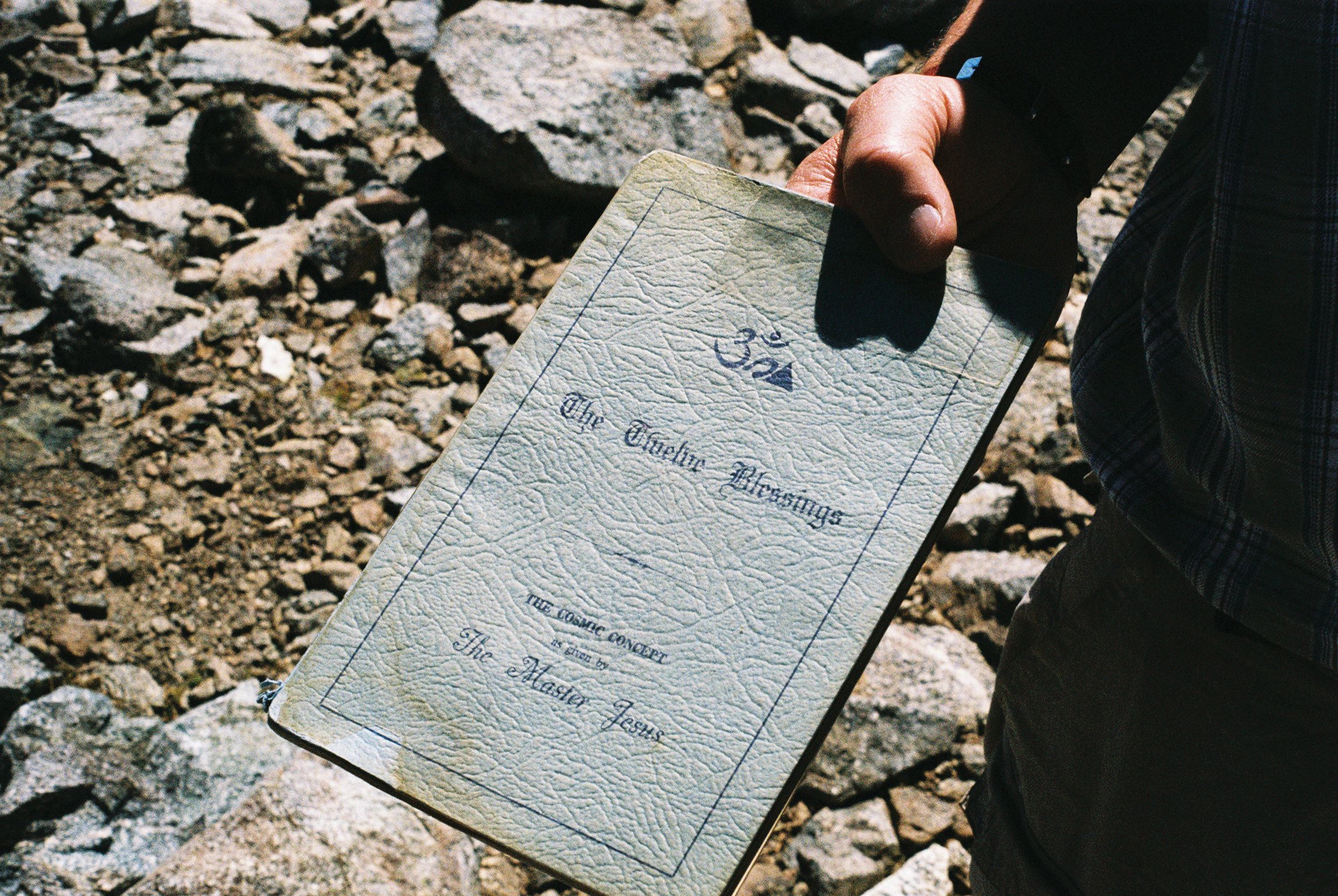 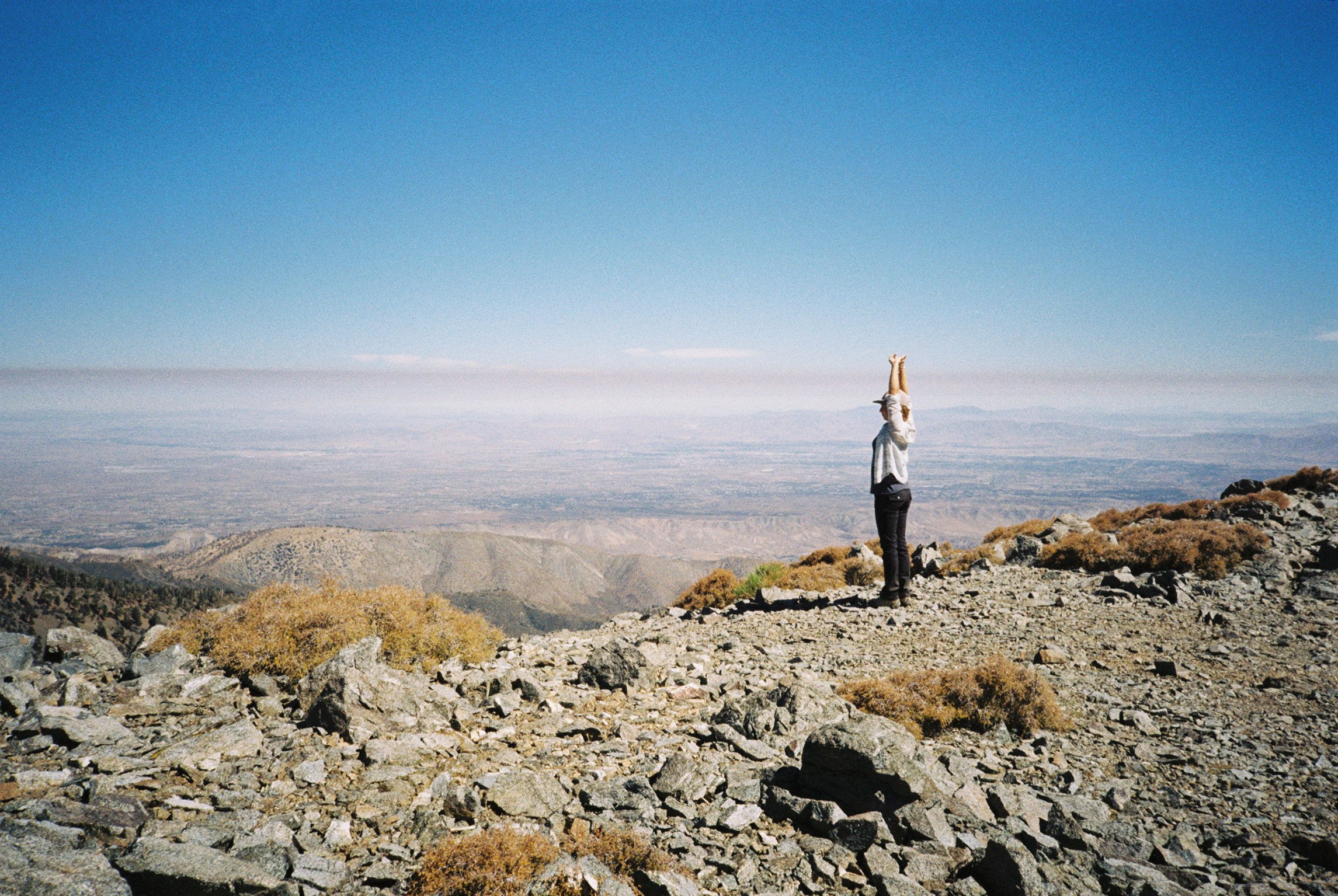 The central figure and founder of the Aetherius Society is the late Dr George King, a former taxi driver from Shropshire who died in 1997. King amassed a great number of titles in his life, with one source claiming that he was known, in full, as His Eminence Sir George King, OSP, PhD, ThD, DD, Metropolitan Archbishop of the Aetherius Churches. Some observers have questioned the provenance of these. (The temple includes a small museum to King that includes such trinkets as his ice pick and his personal maracas.)

I speak with Brian Keneipp – a bishop of the society – on a patio outside the Aetherius temple on a hot LA afternoon a few weeks after my first visit. Over the noise of a particularly thorough garbage truck, he tells me of the great influence the transmission of spiritual energy (‘Operation Prayer Power’) has had on the world, recounting historical events that have been altered by this spiritual intervention.

He can remember most markedly a hurricane headed towards Jamaica in the 1990s, that took a sharp turn away from the country at the last moment. “I had tears in my eyes,” he recalls. 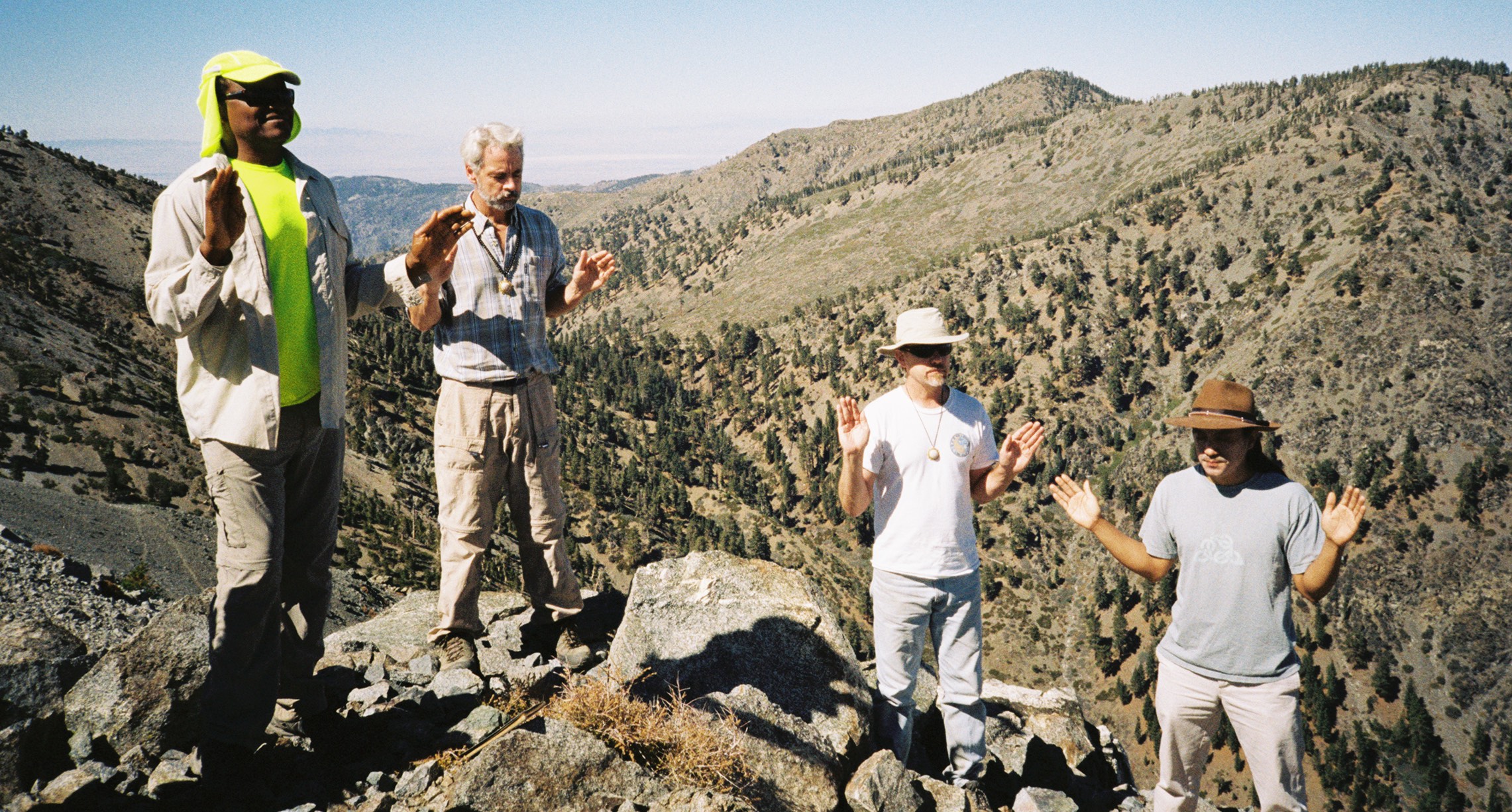 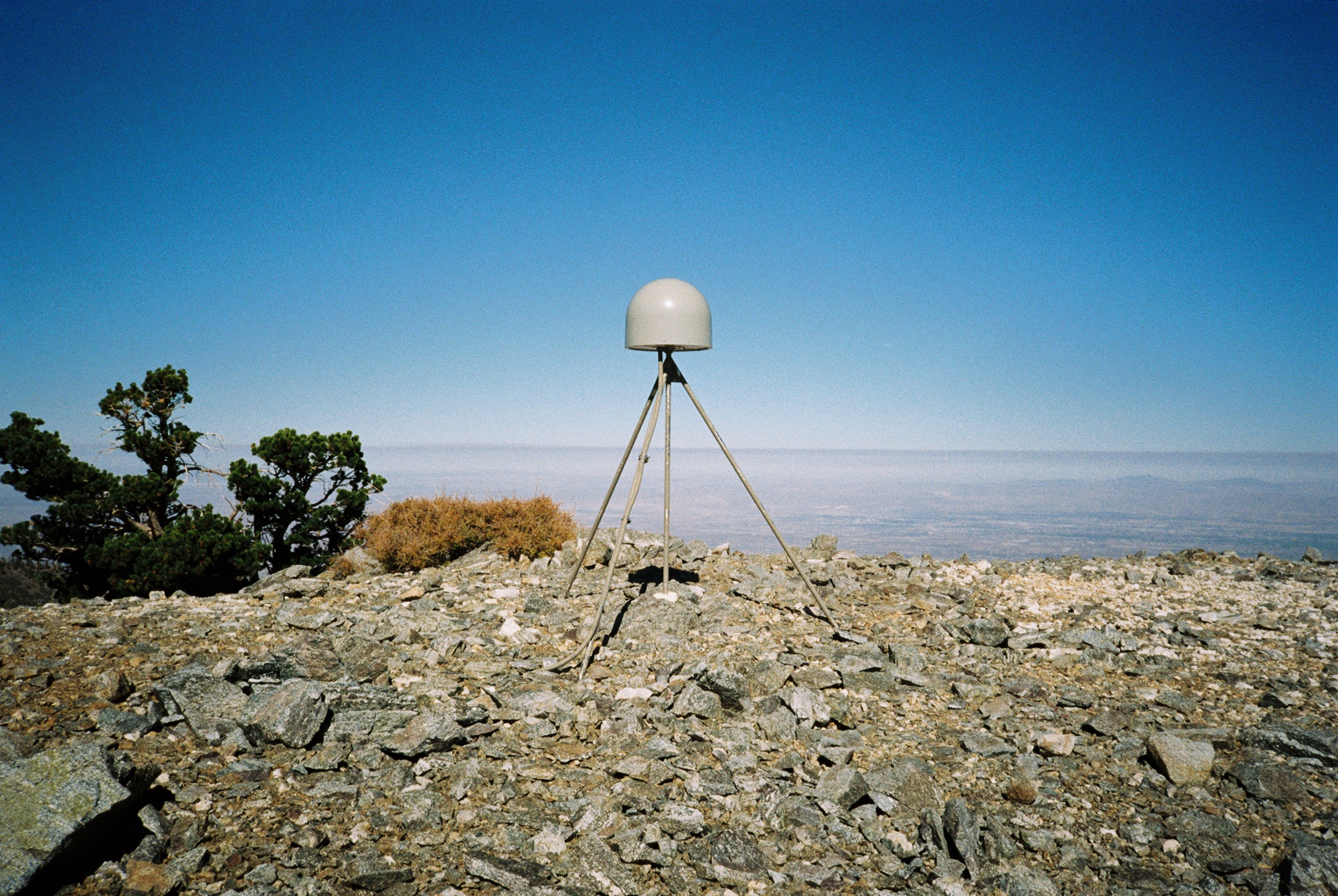 Priest Paul Nugent – another Englishman, and a wine merchant before meeting King and moving to Los Angeles – offers me a tour of the Aestherius Society grounds. These consist of three single-storey buildings and a pleasant garden, complete with a large fountain that bears a metallic working of the society’s logo.

Nugent speaks with the weighty, methodical authority of an Anglican clergyman and he nods in agreement at the mention of the hurricane: “A U-turn. Yes. A U-turn.”

He takes me past – but not into – a pink bungalow from which King used to communicate with the cosmic masters. There is a bare red light bulb outside that would be switched on when King was in the middle of a transmission, during which he would receive direct radio communication from them. I ask to go inside, to which Nugent jokingly responds: “once you’re initiated, Frank.”

He tells me that he can think of many more successful interventions by the society – the 1974 war in Cyprus which finally resulted in a peaceful stalemate, for example. “I believe one of the generals actually used the words ‘a miracle,’” he says. 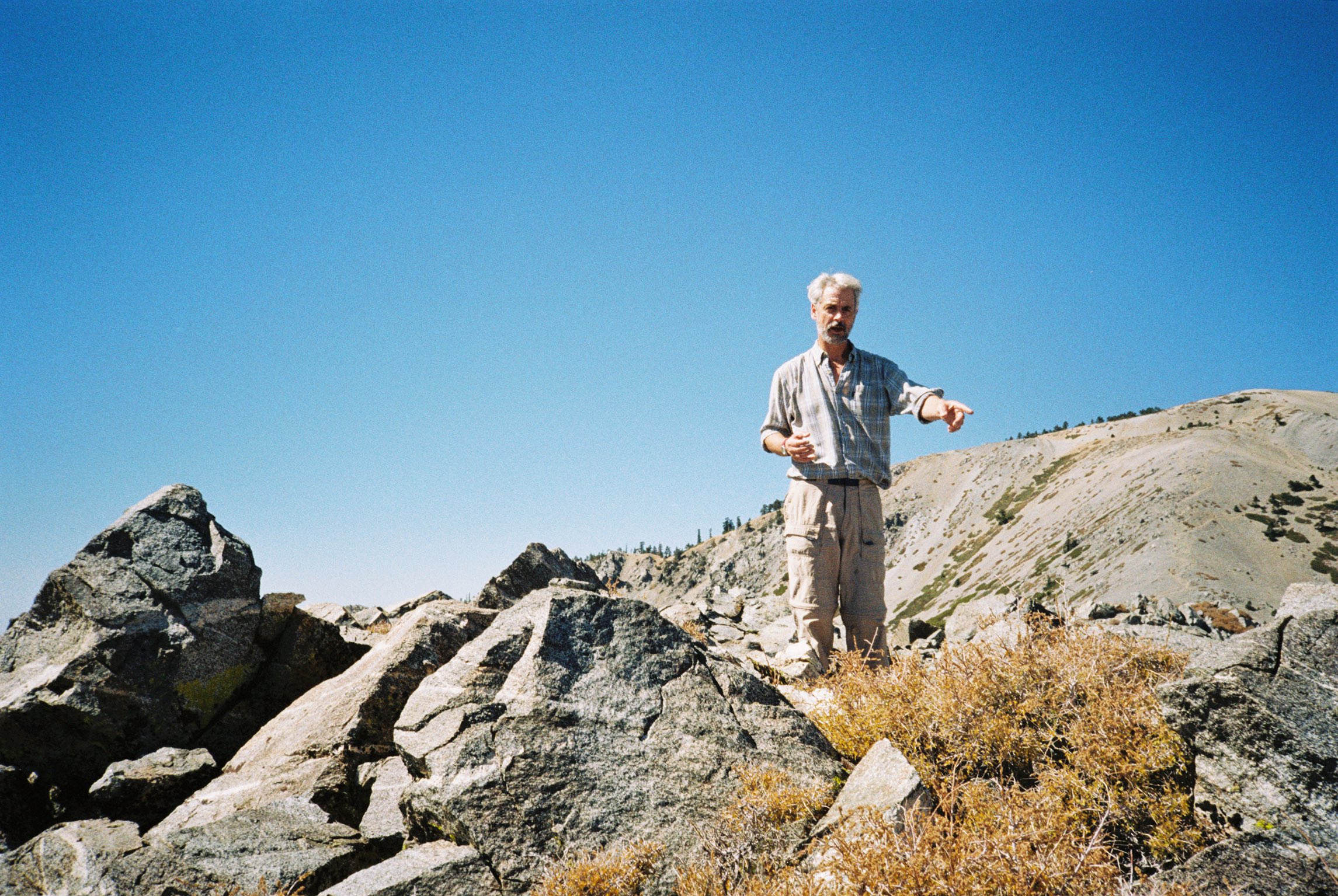 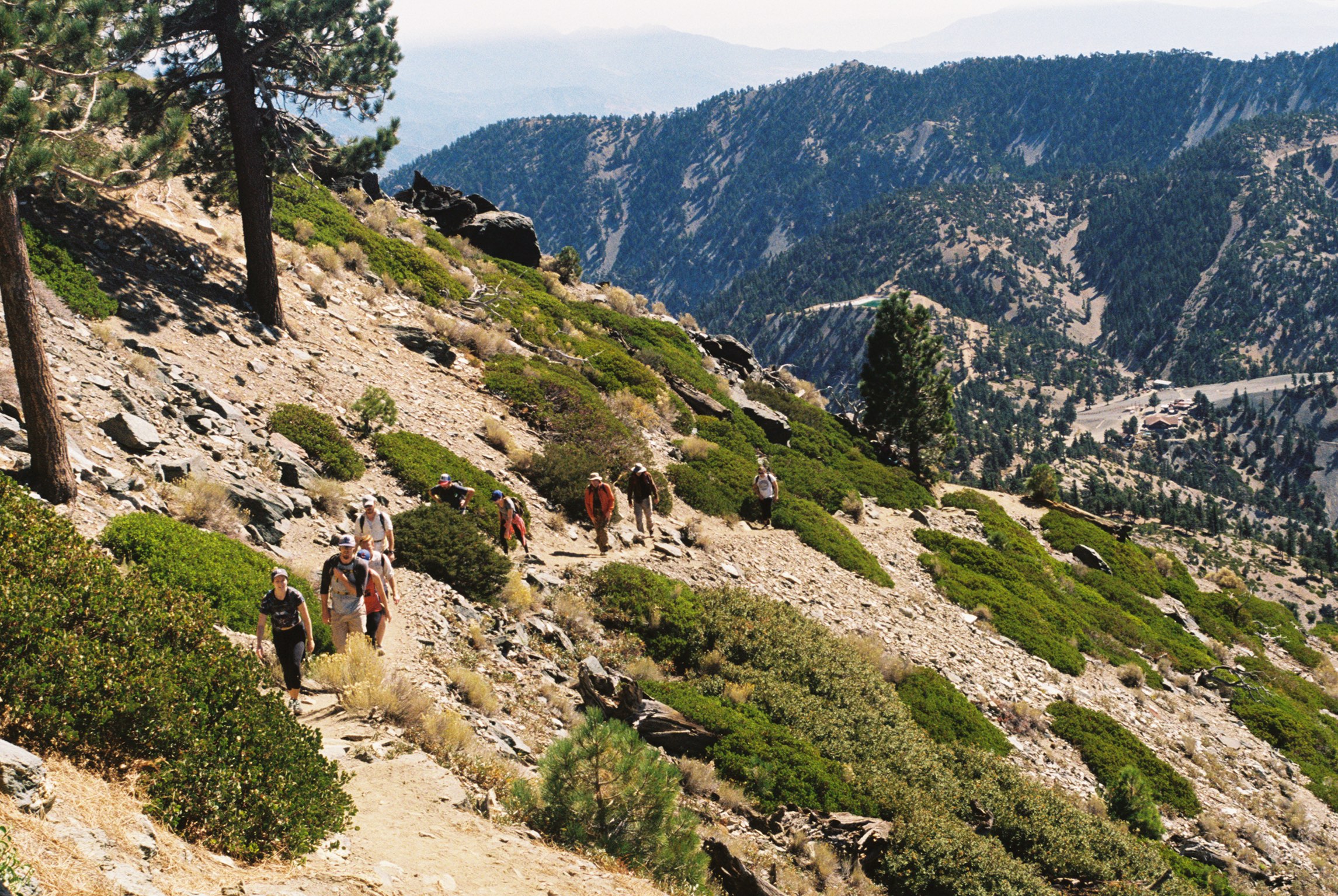 It’s easy to be sceptical when a small group of eccentric Angelinos claim to have such sway over the major geopolitical events of the last 60 years. But then Nugent cites a more convincing example. He says that Kyshtym – a Soviet nuclear disaster in 1957 – caused George King to receive urgent communication from the cosmic masters. King’s knowledge of this event at the time is recorded in a number of contemporary documents, which is impressive because the extent of the disaster did not become public in the West until almost 20 years later. Nugent assures me that “beings from other worlds had a very active role in cleaning that up.”

Nugent was very close to King, and speaks of preternatural experiences when around the master. Lying in bed one night, he heard King pacing the hallway behind him. Each time King passed his bed, Nugent speaks of having experienced temporary paralysis.

“No one who has listened to King’s transmissions has remained unconvinced,” he tells me. “They are too real. It makes you see how unreal the rest of the world really is.” (I was not allowed to hear these – the most important of which are reserved for senior members). 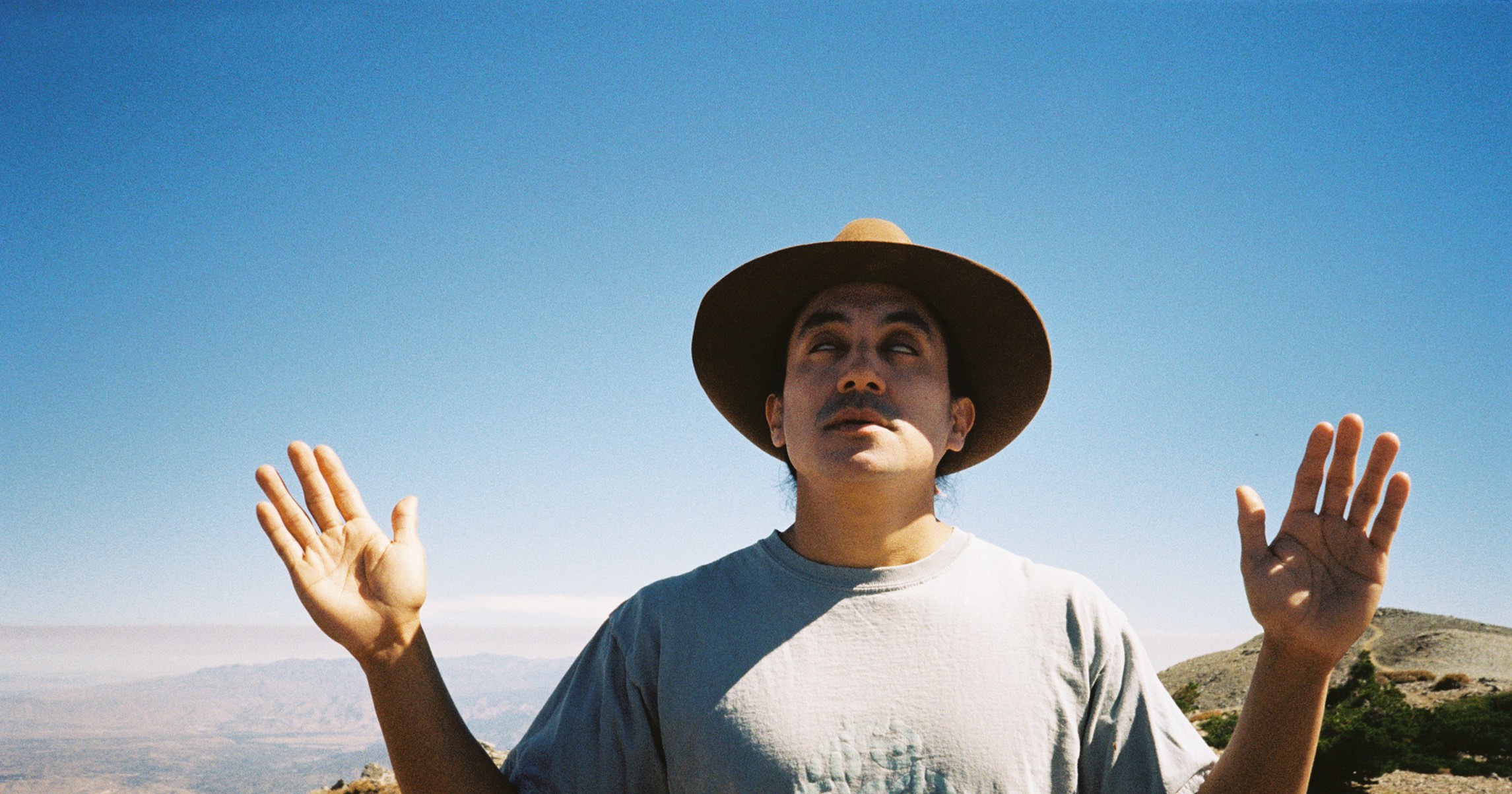 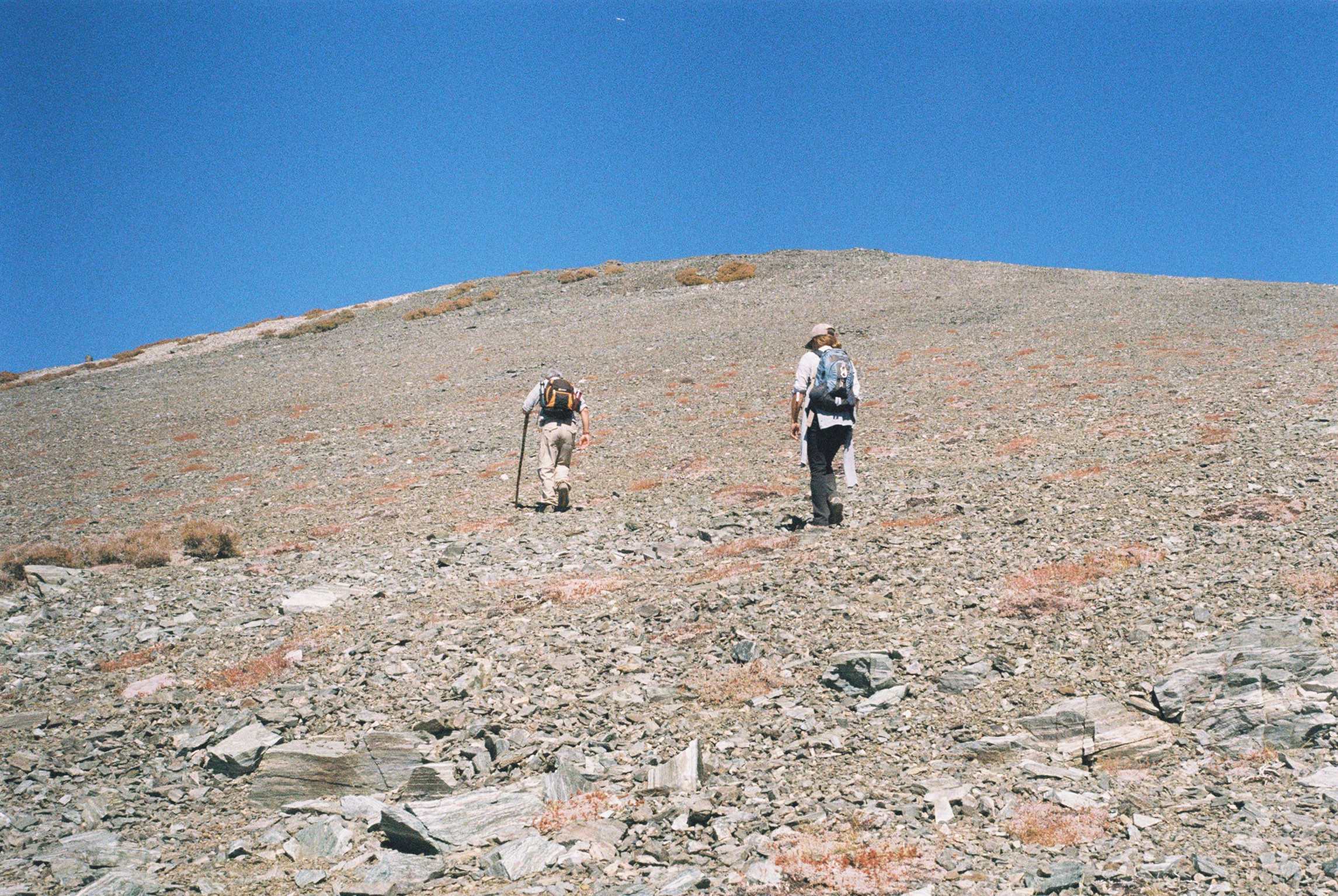 At the centre of the Aetherius Society is a belief that around the world there are 19 holy mountains – each individually imbued with cosmic significance by George King. One of these – Mount Baldy in California – is the object of a frequent pilgrimage. After having known Nugent for a little over a month, I am invited to join the group on one of these trips.

He leads a dozen pilgrims up the dry rocky slopes of the mountain, driving forward with long strides. As we ascend – passing water-bottle-carrying Californian hikers – the arid landscape becomes more and more extra-terrestrial. Dusty rock and dry shrubbery are interrupted only by two large instruments for the measuring of seismic activity. The Mojave Desert rises in the distance through the baking haze.

At the top of the mountain, the attendees begin to pray – they recite in unison a series of mantra based on Buddhist religious practice for what must be nearly an hour. At the culmination of the regular service, a special prayer is offered that responds to current political events. On this occasion, North Korea has top billing. An invocation to the cosmic masters to provide guidance to Kim Jong Un and President Trump concludes the sermon. 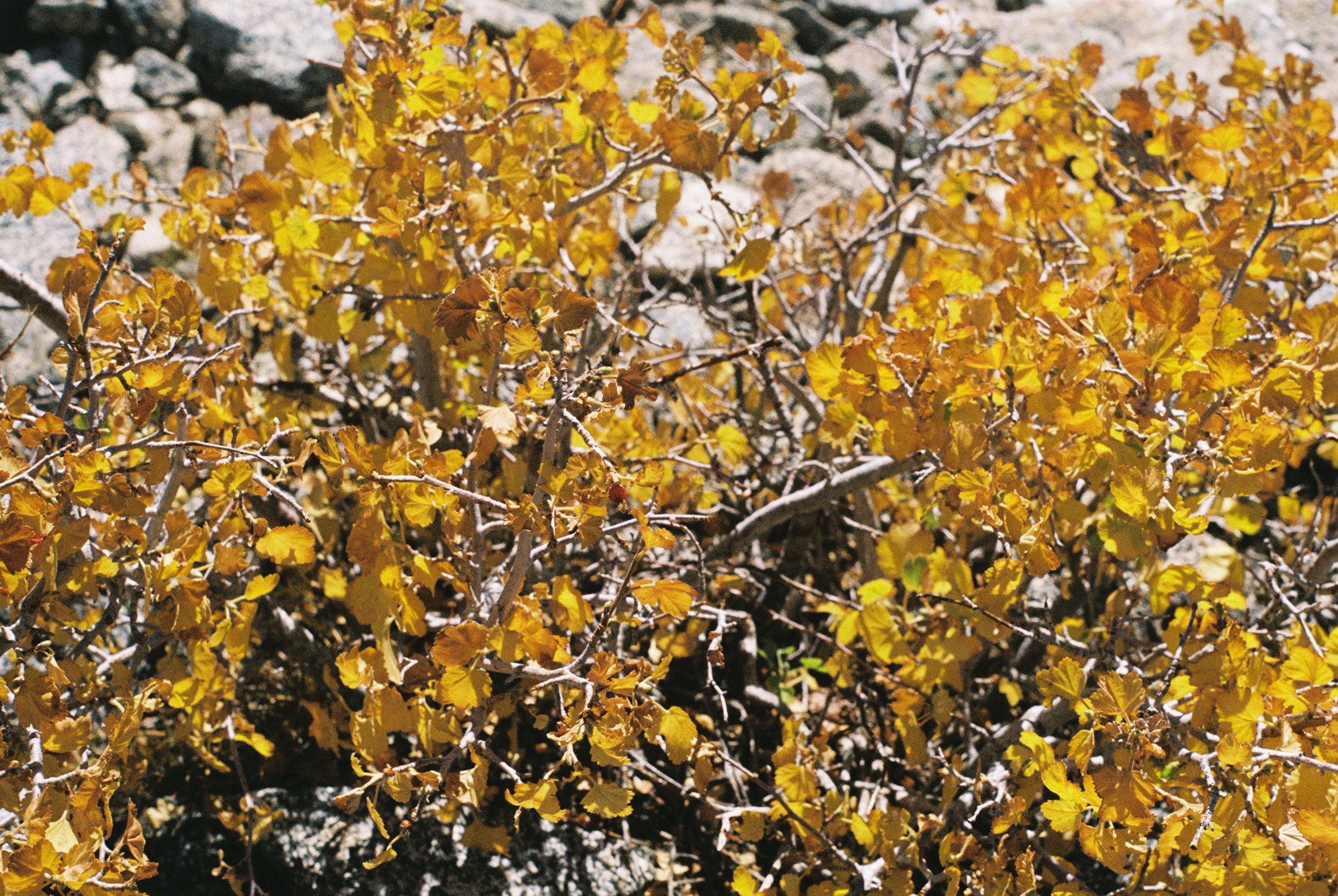 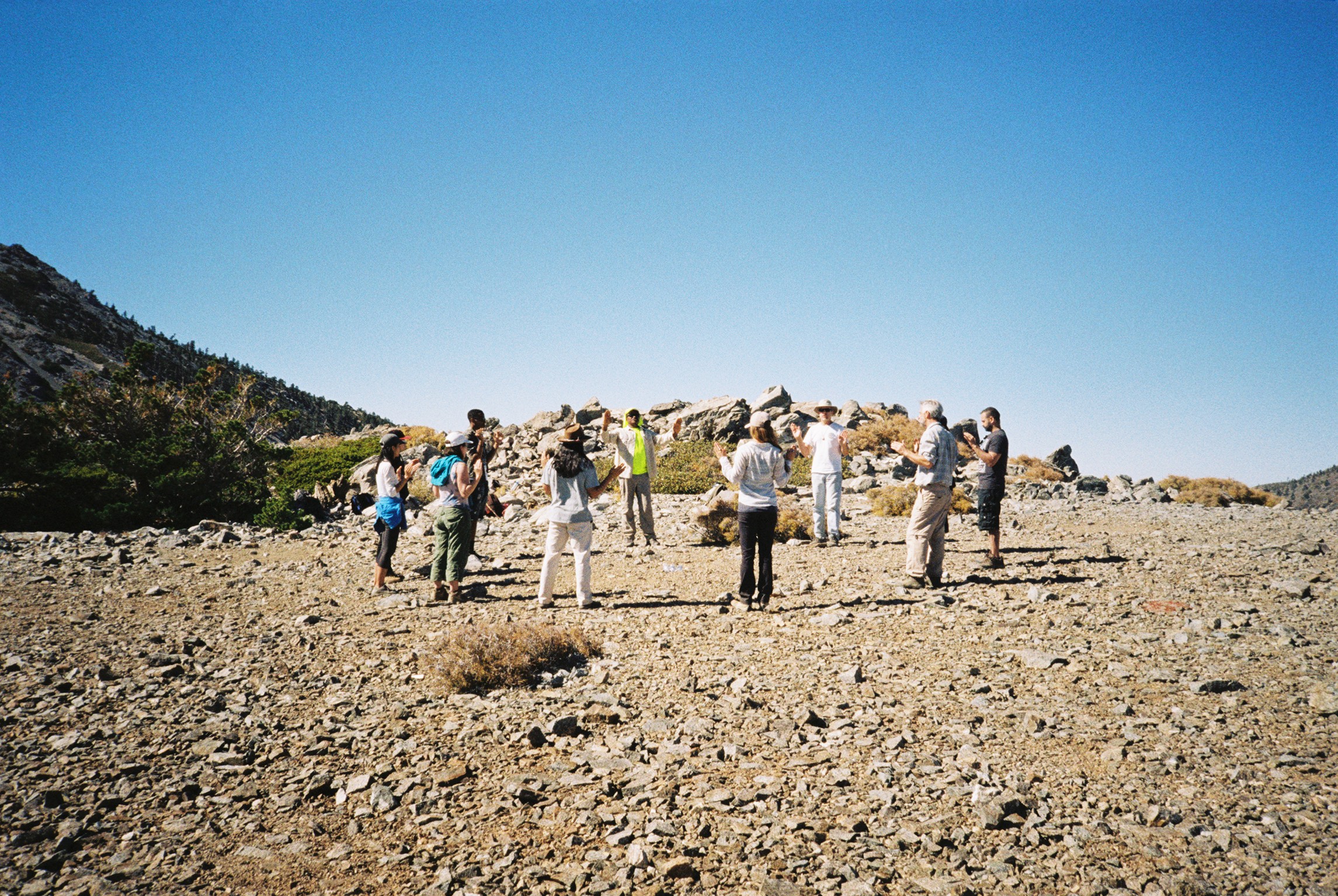 The society today has a diverse membership – of many different ethnicities and ages. Led by this kind middle-aged Englishman, their number includes young Hispanic immigrants, a former advertising printer, and a Nigerian man from a long line of shamans who practices alternative medicine out of a small leased office space in the Hollywood Hills.

The Aetherius are not quite doom-mongers – the apocalypse they work to prevent has no set date – but they are acutely aware of a global existential peril in a manner perhaps lacking in more mainstream religions. For all of the quirks of their behaviour, and the central religious importance of a man who possessed what may be described as a liberal imagination, they are genuinely compassionate and welcoming people whose concern for the well-being of mankind seems both sincere and current.

It is easy to associate the Aetherius society with more cultish groups like the Church of Scientology, but beneath their eccentric beliefs I found only generosity, and in many respects a faith that embodied the strangeness and variety of the modern Los Angeles in which their temple resides.

Although I am no convert and you won’t find me joining their English branch, after three months paying regular visits the society’s appeal has grown on me. In an increasingly unstable world, some effort to affect the outcome of vast and terrifying events strikes a chord even if it is firmly with my anxious secular Jewish inclinations. After all, as of yet, there has been no nuclear exchange between North Korea and the US – so who’s to say that the cosmic masters are not all that stand between us and some Trump-related catastrophe?

Linkedin
RELATED ARTICLES
OTHER ARTICLES
In the latest instalment of Photographers in Conversation, the chronicler of raves, protests and beyond explains why he’s drawn to such specifically visceral environments.
Photographer David Hoffman recalls documenting the extreme wealth inequality around Tower Hamlets and Hackney int the 1980s.
Freddie Miller’s new series of photographs investigates who today’s trainspotters are and what drives their unfettered enthusiasm.
Over a dozen Stop Deportation activists locked themselves to each other outside a detention centre to prevent coaches taking those due to be on the Rwanda deportation flight from leaving.
Photographer Arthur Grace recalls travelling through the Soviet Bloc and finding ways to evade the surveillance of his work.
A new report has found that the majority of Britains approach trans issues with compassion. It’s about time this was reflected by our media landscape.