News & Politics / Activism / Should the media pay activists to talk? 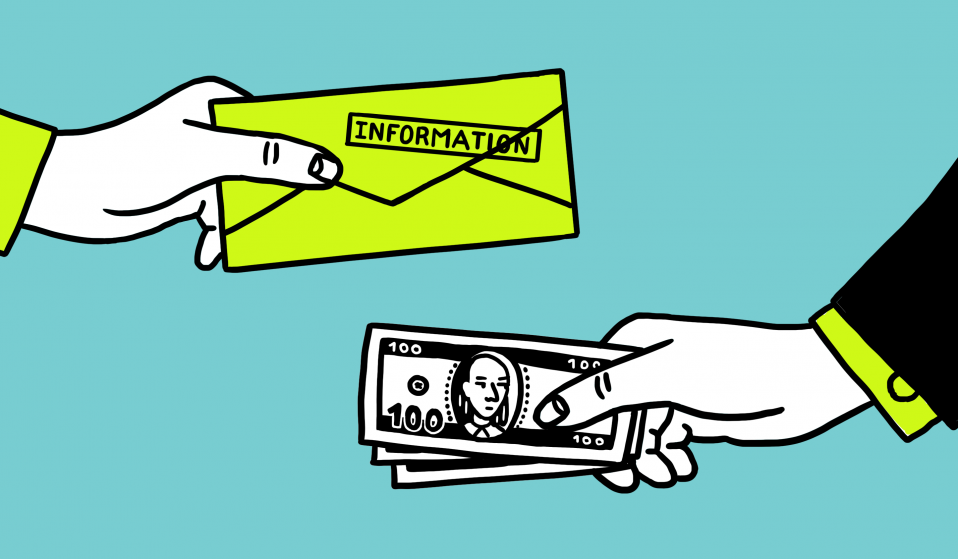 Activists and campaigners do what they do for free, often because they need to. But talking to journalists about experiences and expertise is labour, Should they be paid?

It's an all too common occurrence for activists and campaigners, that phone call or email from a journalist asking you help them with a story, provide expertise and support. Just because activists do what they do for their cause, but sex worker rights activist Aisling Gallagher argues the media should pay for their time and experience.

Very often, activists are people working for little to no money on things that are personally important in their lives. Whether it’s sex workers arguing for decriminalisation, victims of police brutality fighting for accountability and justice, or disabled people protesting the cuts to employment and support allowance, marginalised people are more likely to be involved in some kind of activism.

Why? Because we can’t afford not to. Often, our lives depend on it.

Take me as example. A lot of the activism I do comes down to educating people — on mental health stigma, on what it’s like to live with several intersecting disabilities, on how dangerous benefit scrounger rhetoric is to people like me.

Because of our positions and our expertise, we are often asked to talk about our experiences and share our knowledge. The people we spend our time educating are overwhelmingly those without these life experiences, and those who hold more structural power in society than we do.

And we’re really, really sick of not being paid for it.

Sometimes I’m asked by journalists, newspapers or television programmes to talk to them about my life in relation to a story they’re doing. Most often, this is around disability or being on a low income, and the context in which this is happening.

Usually that requires several things — a long email exchange, mostly explaining the ins and outs of the policy/programme they’re researching (often including breaking down complex legislation or governmental reports), and why it doesn’t work.

It also usually involves travelling to a studio or somewhere to meet someone, a lot of waiting around, and if I’m lucky, a free cup of coffee to soften the blow. I give up my time, share my knowledge and provide guidance and support. This should be valued as labour.

And, when you’re disabled with limited energy stocks, all this will often require a substantial amount of time physically resting afterwards.

This can be described as emotional labour. A term coined by Arlie Russell Hochschild, it describes the process by which workers manage and regulate their feelings and emotions in order to fulfil emotional requirements as part of a job. In this context, it is the time spent politely educating people about the intimate details of my life, often being expected to answer invasive and personal questions about the impact that being severely disabled and skint has on my life and my mental health.

The management of emotion is very much a thing in virtually any kind of ‘labour’, whether paid or unpaid. If you want to look at it in terms of the number of hours spent actually working, it is in preparing for these exchanges, undertaking them, and recovering afterwards.

Talking about the intimate details of your personal experience of oppression is draining, debilitating, and work. It often falls on those with low status in society (i.e. marginalised people) to argue for ideas that directly challenge the status quo. It becomes our job to educate everyone else on what it’s like to be oppressed if we want to change society. I’ve lost count of the number of times a journalist has asked me to give up my time for them for free.

A novel idea — maybe we should pay the people who give up their time to speak to us.

Often you’ll hear us compared to MPs, charity press officers or columnists – people who’ll give comments, explanations and opinions without requiring those who they speak to to pay. But they can afford to, they’re on someone’s payroll, it’s part of their job to take on this role.

Activists and campaigners don’t acquire a salary for our efforts, we act because we need to.

But paying people for their time is against the code of ethics in journalism, right? Won’t it encourage us to make up experiences, to lie or to deceive? Within this there is a distinct misunderstanding of both what activists and campaigners do, or just how much of our lives are consumed by our efforts. Nobody is asking for payment for our activism, the hours and hours we spend working and organising to make society a slightly fairer place. But talking to journalists for their own projects and gain goes far beyond this.

It is common knowledge that tabloids give large sums of money in exchange for stories. Some journalists like to claim that this is what sets them apart from that which they don’t consider ‘real’ journalism. One would hope that the benchmark for ‘real’ journalism is a little higher — journalism that doesn’t describe migrants fleeing a war as a ‘cockroaches’, refer to a politician’s personal experience of miscarriage as a ‘tantalising secret’ or spectacularly miss the point by focusing on celebrities almost missing their flights because of Black Lives Matter protests.

Activists exist in a particular space in society, it’s hard to compare what we do day to day to others. We don’t do what we do for money, trust me, that wouldn’t be a wise choice. But, at the same time, bills must be paid and food eaten. If journalists or broadcasters truly care about our efforts, or at the very least value what we do, it’s really not much to ask for fair payment for our time.

Linkedin
RELATED ARTICLES
OTHER ARTICLES
Students are being left to languish in unsafe housing, in some cases leading to serious health complications.
To mark the premiere of his new documentary on surfing giant Gerry Lopez, the filmmaker and former pro skateboarder sits down to share his unique brand of wisdom.
We introduce our series spotlighting the voices of people who’ve been impacted by anti-abortion laws and anti-choice protestors.
Danny Burrows discusses his new series of images documenting an pacifist anabaptist community who lead an alternative way of life.
Tough fines and arrests for drug possession and supply is pushing festival-goers towards unsafe measures to consume or smuggle in their substances.
Susan Pektaş’s new photo series delves into multiple cultural layers of the region with a touch of personal mysticism.