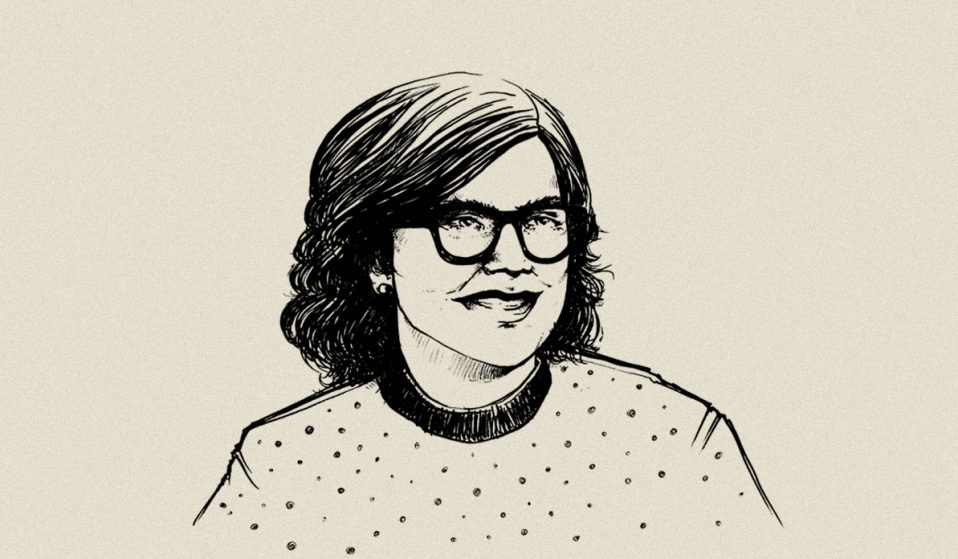 From bagging groceries to leading White House operations, Alyssa Mastromonaco was described as one of the ‘most powerful, least famous’ people in Washington. She talks stress, social anxiety and the perils of corporate feminism.

From bagging groceries to leading White House operations, Alyssa Mastromonaco was described as one of the ‘most powerful, least famous’ people in Washington. She talks stress, social anxiety and the perils of corporate feminism.

Alyssa Mastromonaco has been ranked one of “Washington’s most powerful, least famous people”. She was Barack Obama’s right hand since his Senate beginnings in 2005, becoming the youngest woman to serve as the White House Deputy Chief of Staff for Operations, then switching in 2015 to be COO of Vice Media, and penning the New York Times bestselling memoir Who Thought This was a Good Idea?. She has jokingly ventured that her low profile helped her retain power – which is arguable given that up close, Mastromonaco is insanely relatable.

Bagging groceries in her youth led to her giving an Ivy League-filled government room a passionate reality check on the realities of food stamps; being humorously candid about struggles with IBS and period drama resulted in the introduction of tampon dispensers in the White House. As well as being a gutsy advocate for the every-person, Mastromonaco is also exceptionally funny; her new book So Here’s The Thing sparkles as an irreverent meditation on life and friendship both in and out of the White House. “People go into industries where they see themselves reflected in the leadership,” she says, with a laugh. “Public service is for everybody – I’m a disaster, and it doesn’t also mean that I’m not a very powerful, influential person!”

So Here’s the Thing is being billed as a “21st-century girls guide”. There are no shortages of books like this out there – what did you want to add to the conversation?
After the first book, I had such a response from women who said ‘I went into public service after I read your book and I didn’t think it was for me and I love it so much now’. So I took all the feedback, and this book is a collection of essays on underserved topics for women – like IBS, lessons on online responsibility from Monica Lewinsky, and dating at work.

What do you think is lacking in corporate feminist movements?
Nothing is one size fits all, so a lot of younger women read [Sheryl Sandberg’s] Lean In and were like ‘that’s not quite for me’ – these were women who were still figuring out which workforce to join. So I wanted to communicate it means a lot not just to find the job, but the workplace community that you feel most comfortable in. Once I realised that – especially with the Obamas who let me be me – I was so much more productive, and my ideas came faster. So for women in the workplace, it’s about really encouraging each other to be our best selves and not fit into some box that we think we’re supposed to fit in. The advice we give people needs to be more of a conversation – not a ‘if you want to be successful this is what you must do’, because that would be a lie!

The book is a love letter to friendship and camaraderie, yet you write you’re easily felled by social anxiety – how do you navigate that?
For me, a lot of it was faking it. The truth is once I got help, a little legal marijuana and Xanax goes a really long way. I would say to myself ‘Alyssa, nothing changed but the pill you took.’ Last spring I did Radio City Music Hall with my friends from Pod Save America with thousands of people and it didn’t faze me at all. I just had to work really hard to get over it.

Speaking of marijuana, you famously declared you had smoked it more than 500 times in your White House clearance. How would you like to see the industry develop?
People who have been marginalised by marijuana being criminalised are less fortunate people and we need to do right by them – if it’s legal now, their records should be expunged and we should help find them jobs in the industry so they can get back on their feet. The dispensary owners should not always be white men; states should have to put aside a certain number of licences for women and people of colour. It’s a top 10 growing industry in the world and so I would like to see it thrive in a way that it helps everyone, and everyone has an access point and can participate.

Can you tell me about your involvement with the National Association for the Repeal of Abortion Laws [NARAL]?
This morning Ilyse Hogue [President of NARAL] and I were talking with Stacey Abrams because Georgia State Senate is passing a Bill that will ban abortion after the six-week mark, after there’s a foetal heartbeat, when many women don’t even know that they’re pregnant.

The problem here in America is that you turn on the television and everyone’s talking about the 20 people running in 2020. More than anything, we’re trying to make sure people keep their eye on the ball and not just get bogged down with something that’s not even happening for a year and a half. Look at the deaths by suicide of the two Parkland students and Jeremy Richman, father of a Sandy Hook victim, along with the Trump administration push to stop funding to the Special Olympics. Can you believe this shit?

What’s the biggest lesson you learned from Obama?
I would honestly say empathy. Once we were going to visit a region affected by a very bad wildfire. I said to the President, “The congressman who reps this area is someone who said very bigoted things about you when you were running, so I just want you to know that I’ve handled it – I’ve made sure you won’t have to see him.”

He said, “no, that’s not what we’re gonna do. I want him at the bottom of the plane, and I want him in the car with me. Just watch.”

The truth is that by the end of that day, that very congressman stood up at the press conference where we talked about how we could help the community, and said what an honour it was to have President Obama there – and the President just looked at me and I was like, ‘all right I get it.’

What was it like working in the Government with a backdrop of economic crisis?
We had to take what was happening so deadly seriously, people were losing their houses, their jobs every single day in a number that was really unimaginable. We knew that people were looking to us, and we were the only people who would be able to stop the bleeding. For the first year or so, we added An Economic Daily Brief to the Presidential Daily Brief, so the President and senior staff understood every single thing that had happened overnight, and that might happen in the coming days so that we could have a plan for it and also able to explain it clearly to the American people. My big concern now with the current administration is they don’t have the fundamental practices, policies, people, or procedures in place to deal with any crisis should it happen. I just don’t know how these guys would handle it.

How did you personally handle such high-stress situations?
At the beginning of the Obama campaign, we were expanding and one of these men who I had not previously worked with took it upon himself to say, “you better be careful or people aren’t going to work with you because they’re just going to think you’re a bitch.” That was a real moment for me! I never ever wanted to be the kind of person who went up to someone and was like “you’re an asshole,” and just walk away. So instead I really tried to bring the team together to cultivate a real camaraderie that we were all in it together.

Years after we left the White House, someone who was a member of my team got a very rare form of cancer and an email went out that said “we don’t know how much time he has, he’s here in Houston, Texas in case anyone wants to communicate with him” – as in call him to say goodbye. And all of a sudden this email chain started – it would have given you chills. Within a few hours, it was almost 80 people with everybody replying with the flight they had bought to Texas. When I got there maybe 24 hours later I was one of 35 or 40 people, and when I left another 30 people came.

The biggest thing I’m most proud of is building a team that lasted beyond the 18 acres of the White House campus. That’s doing something that mattered.

So Here’s The Thing: Notes on Growing Up, Getting Older and Not Giving a Shit is available now, published by Little, Brown.

Linkedin
RELATED ARTICLES
OTHER ARTICLES
Following the announcement of an 80% hike in the energy price cap from 1st October, crowds gathered outside the offices of energy regulator Ofgem to protest and declare their intention to undertake a payment strike.
The two-day long event returned to London this year, showcasing a spectacular parade, steel bands and Caribbean food.
Rhiannon Adam spent three months capturing an ageing society wracked by division, isolation, and the aftermath of scandal.
Cindy Campbell recounts how her brother ushered in a new era of musical culture at a party she held in the Bronx in ‘70s.
Photographer David Corio’s archive offers a glimpse inside a revolutionary era of music and nightlife.
A group of young Palestinians have found temporary freedom in the act of parkour, reimagining wreckage and ruins as a series of high-octane playgrounds.