Hemp is tightly woven into America’s national fabric. The ropes and sails that brought the first settlers to the New World were made of hemp, the first drafts of the Declaration of Independence were printed on hemp paper and the first American flag was spun from hemp fibres. Hemp couldn’t be any more American.

Yet in the early Twentieth Century, industrial hemp was caught up in the hysteria around marijuana (think Reefer Madness). To this day, it remains classified as Schedule-1 under Controlled Substances Act, despite containing no psychoactive properties, which has prevented multiple generations from growing what could be lucrative lifeline for America’s small farmers.

Now a group of military veterans, led by Michael Lewis of Growing Warriors, are staging a fightback. Harvesting Liberty by surfer, filmmaker and farmer Dan Malloy captures their struggle to overturn outdated legislation that bans industrial hemp and reintroduce the crop to the American landscape. 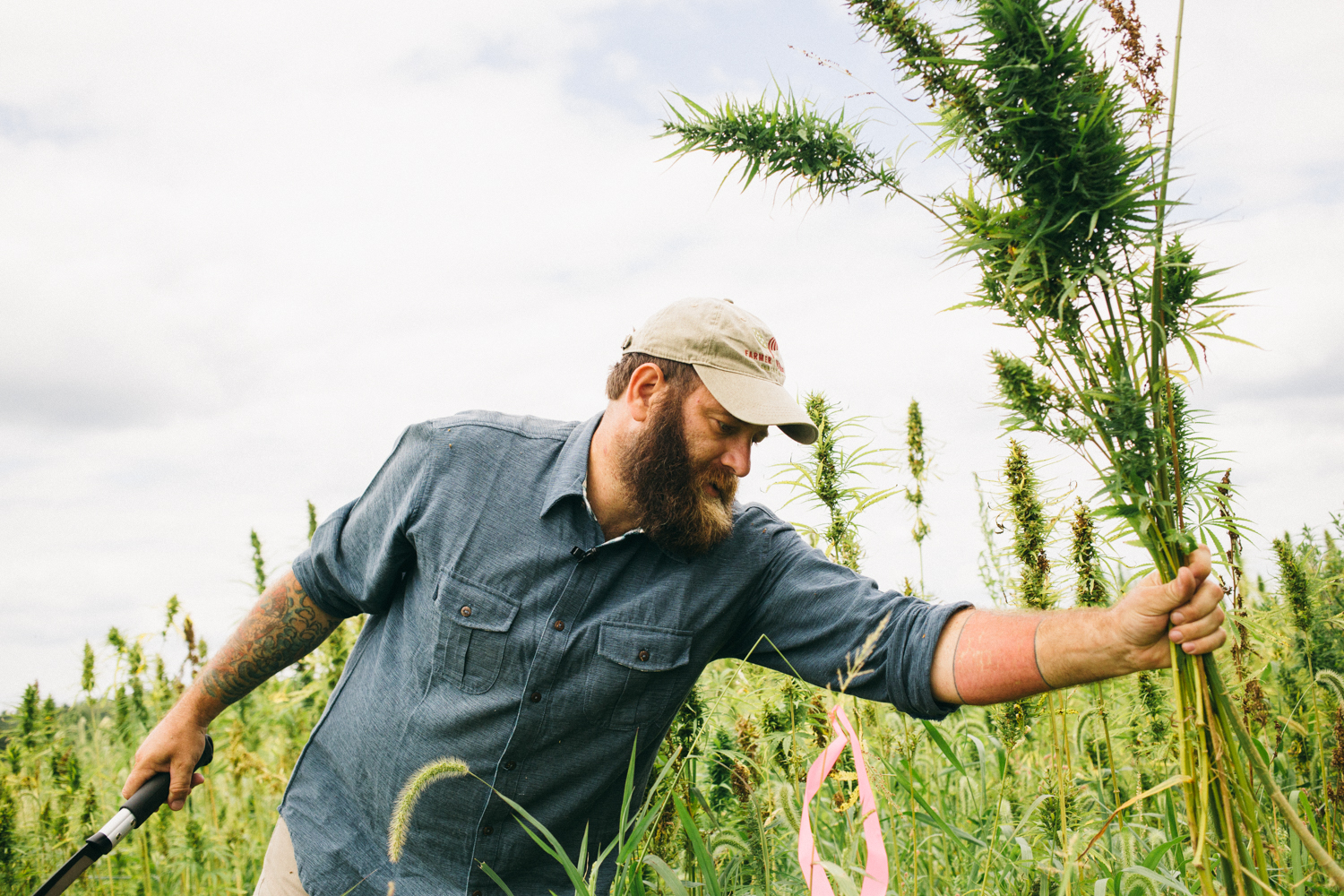 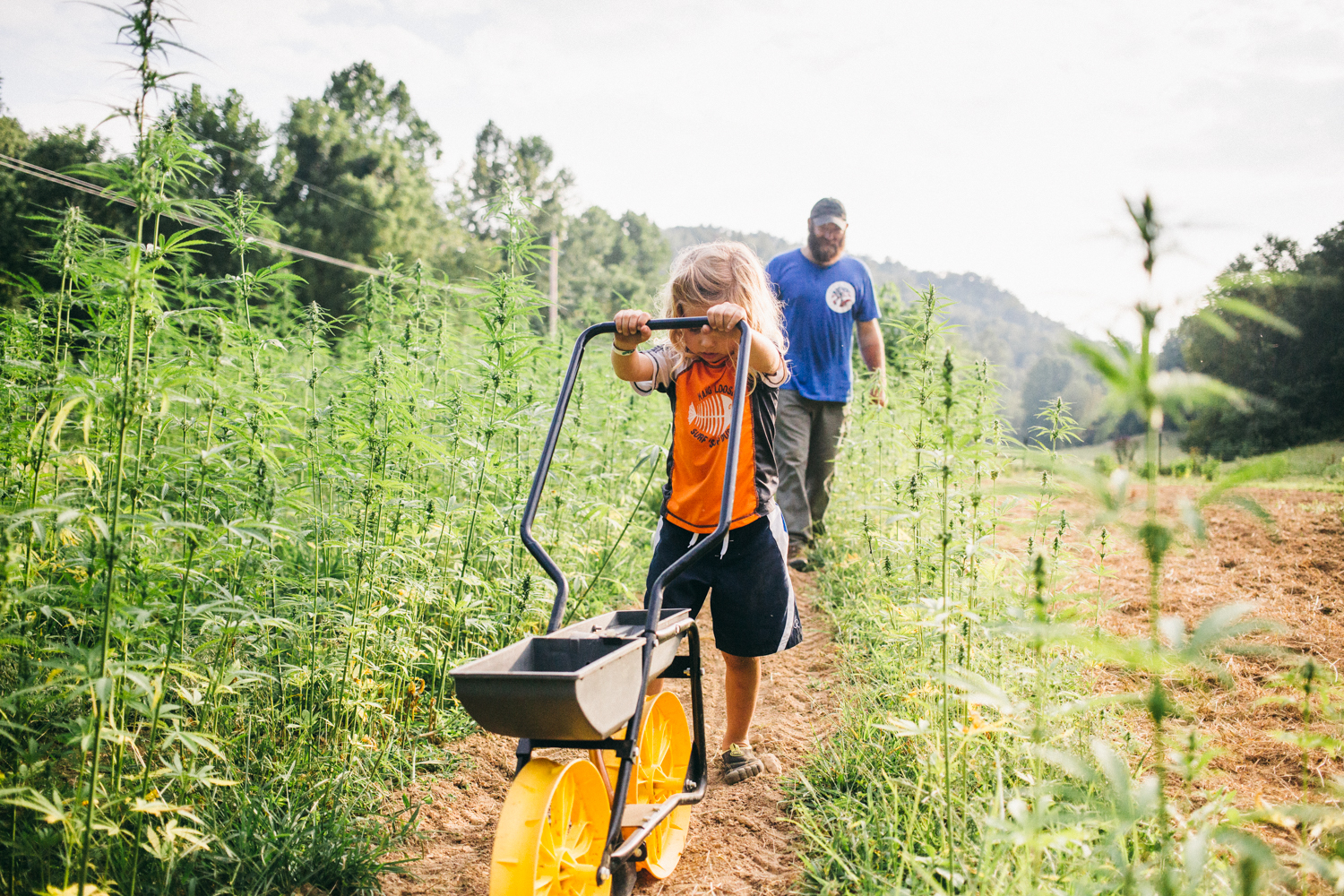 “Hemp is amazingly diverse and one of the strongest natural fibres in the world,” Dan explains. “What got me truly interested in hemp is its crop biodiversity and its ability to create financially stable small farms.”

Dan’s interest in hemp naturally led him to Michael Lewis and Growing Warriors, a Kentucky-based farming program designed to train, assist, and equip military veterans with the skills, tools and supplies needed to grow organic produce for their families and communities. “I was mostly just listening and learning from him,” Dan suggests. “He knows more about farming and food policy than I ever will.” 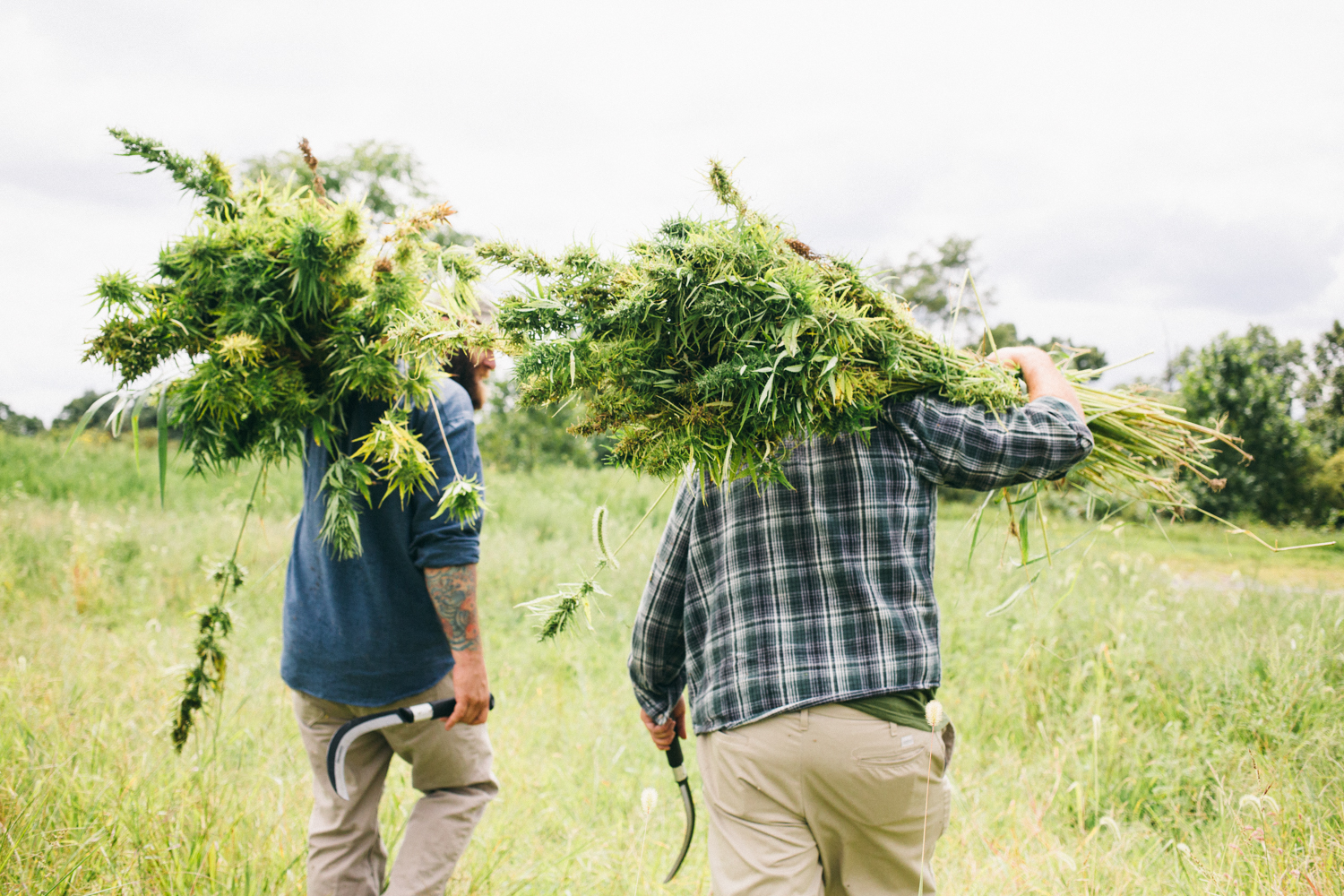 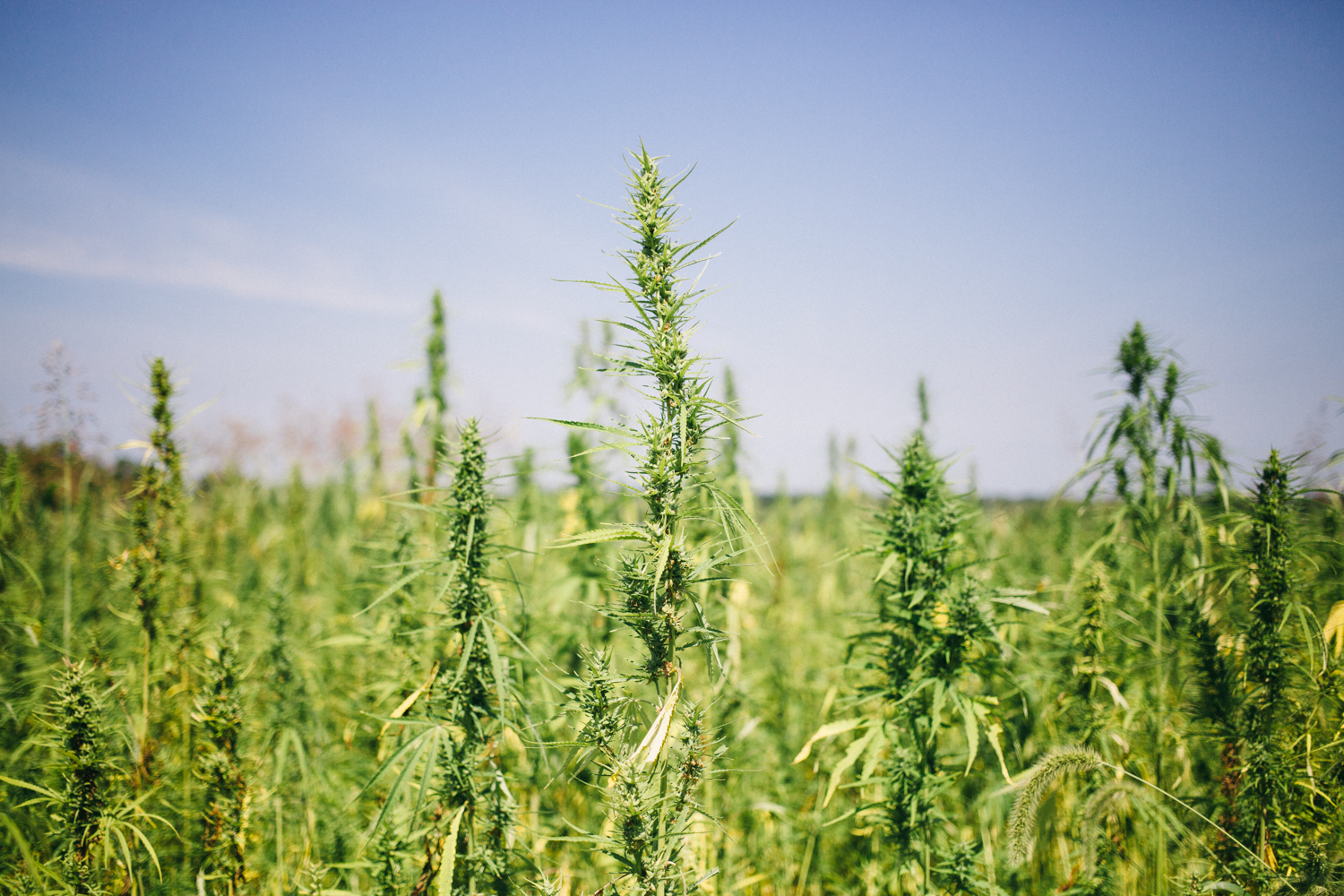 Like Michael, Dan recently decided to return to the land and founded his own farm, which helped him connect with Michael. “My project is based on similar beliefs but is very different in nature, he continues. “Different people find connection through different things. I have found invaluable connection with place and community here at home, but that was a lucky deal.”

“Moving home might not be the right move for everyone. Getting to know a few of the folks that grow our food and learning how to slaughter and butcher animals has been really good for me. The farmers I know are some of the funniest characters ever and a total blast to spend time with.” 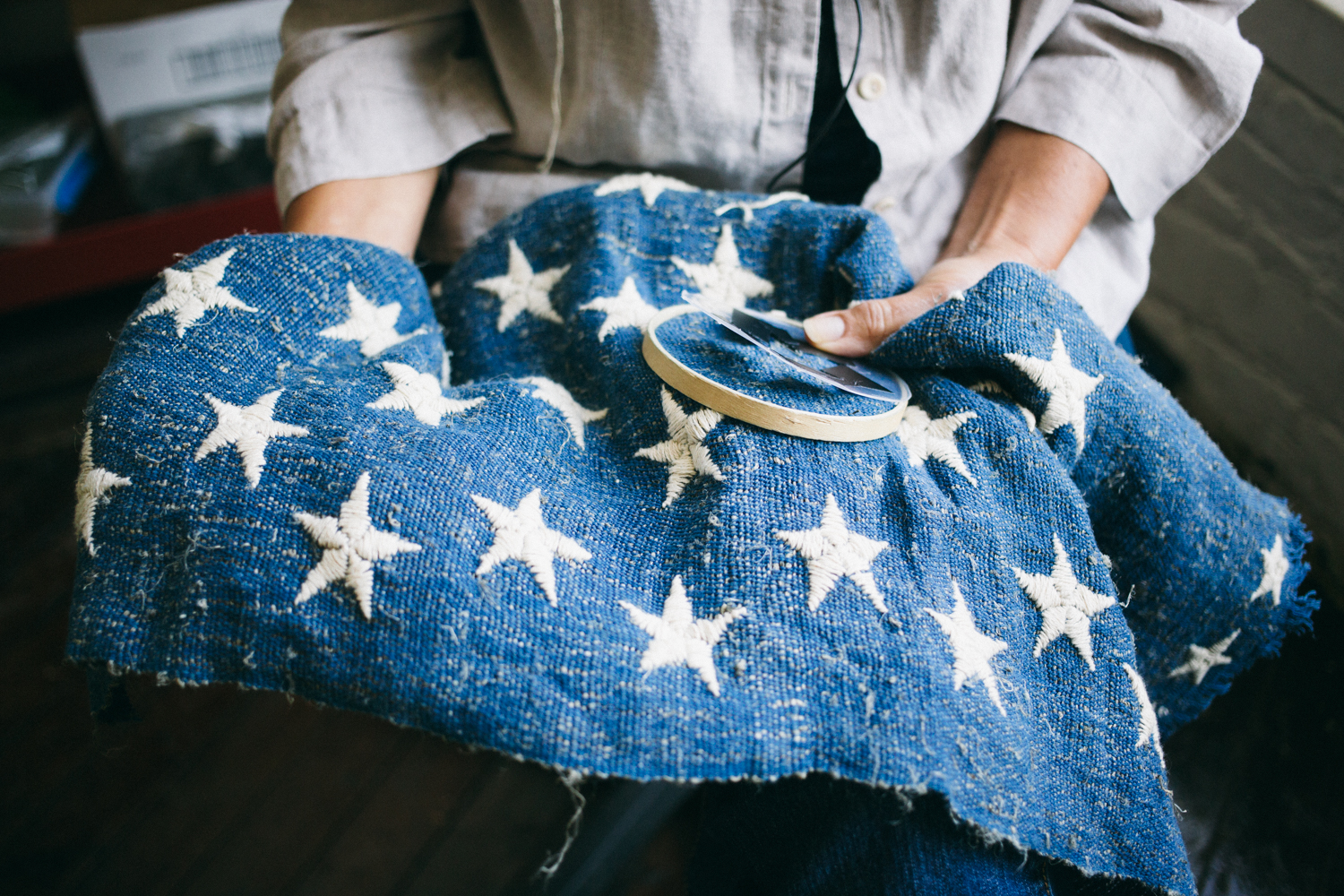 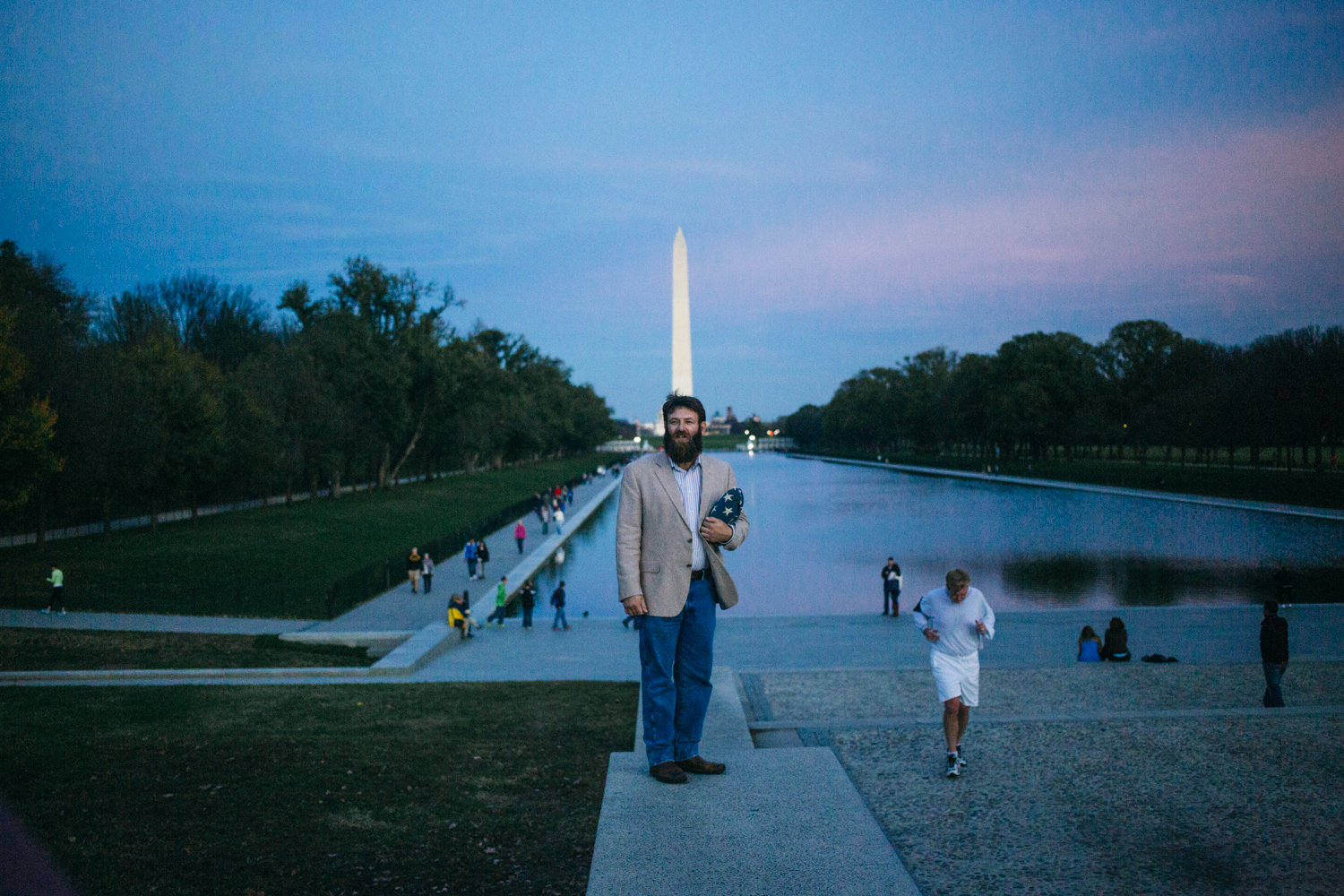 Together with Rebecca Burgess of Fibershed, Michael is campaigning at national and state level to overturn the ban on hemp. To underline hemp’s huge potential benefits for American farmers, they wove an American flag from hemp grown on Michael’s farm, which he delivered to Congress. Harvesting Liberty, supported by Patagonia, documents the run up to a petition that will be delivered to Congress on July 4, 2016, urging them to pass the Industrial Hemp Farming Act of 2015/2016 (S.134 and H.R. 525) legalising the cultivation of industrial hemp in the United States.

You can find out more about the petition at hemp4everyone.org.

Linkedin
RELATED ARTICLES
OTHER ARTICLES
A new series of photos by Johny Pitts shines a light on communities and subcultures that have all too often been overlooked.
With the UK now set to run out of vaccines, people working in the sex industry – particularly outside of major cities – have been left especially vulnerable, reports Brit Dawson.
From the early originators to the female writers at the forefront of today’s scene, we talk to the artists redefining graffiti’s consciously macho origins.
Following the release of his latest album, the rapper talks about finding a new approach to songwriting, attitudes to poverty, and why his music is more than a political statement.
From the chip shops, to the bingo parlors and burlesque dancers, photographer Mike Coles remembers capturing scenes of holidaymakers by the English coast.
Photojournalist Fiora Garenzi spoke with people still living in Eastern Ukraine, an area which seen some of the heaviest fighting since the war began.