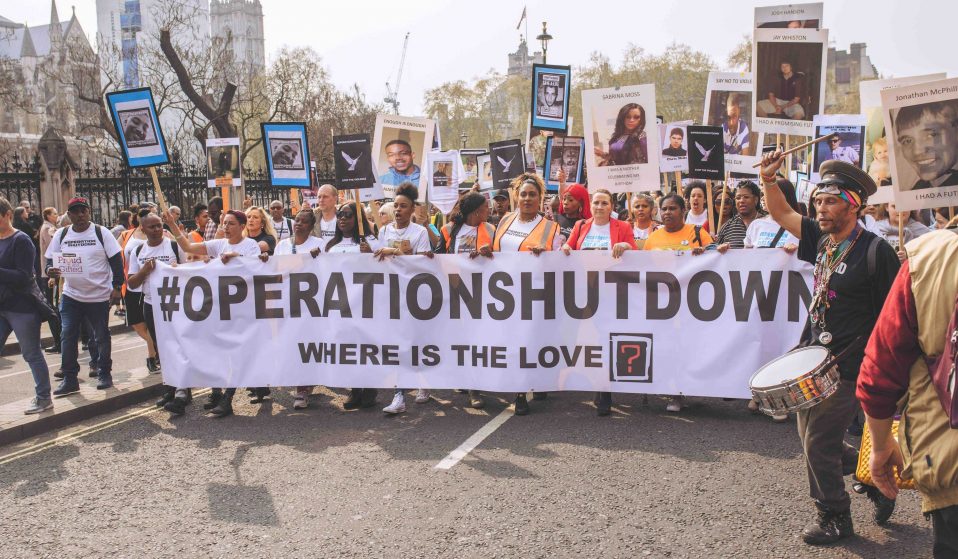 Extinction Rebellion are dominating the headlines, but they’re not the only ones taking to London’s streets this week.

Extinction Rebellion are dominating the headlines, but they’re not the only ones taking to London’s streets this week.

It’s been quite a week for protests in London, with Extinction Rebellion blocking Waterloo bridge, disrupting tube services, and holding court in the middle of Oxford Circus. But they weren’t the only ones taking the streets yesterday.

Just along the river, anti-knife crime demonstrators were also calling for action, blocking off Westminster Bridge to raise awareness of growing violence in the capital. The protest – dubbed #OperationShutdown – was urging the government to look into the root causes of the bloodshed; asking for an investigation into the effectiveness of school exclusions, as well as an examination of the UK’s prison sentencing and rehabilitation systems.

“I have witnessed murder since I was nine years old,” one of the organisers, Lucy Martindale, told Huck. “Growing up in Brixton, in a deprived area full of crime, I lost more and more friends with each year. I’m just totally sick of losing people to knife crime.”

Protestors were also critical of recent government funding cuts for community projects. Stefan Brown, who has spent the last eight years running anti-violence group Stop Our Kids Being Killed On The Street, highlighted it as one of the most damaging political decisions to emerge from the austerity era. “You’re closing down youth centres, all these places that kids go,” he said. “Kids are hanging out on the street, doesn’t mean they’re a gang, it means they’ve got nowhere to go.”

“There are children dropping dead every day – it’s not a black thing, it’s not a white thing, it’s all of us,” added rapper and activist Kaya H Osbourne. “It’s a class thing. If you’re not making a certain amount of money and you’re not living in an affluent area, that’s the reality.”

Photographer Theo McInnes headed down to Westminster Bridge on Wednesday to join the protest. 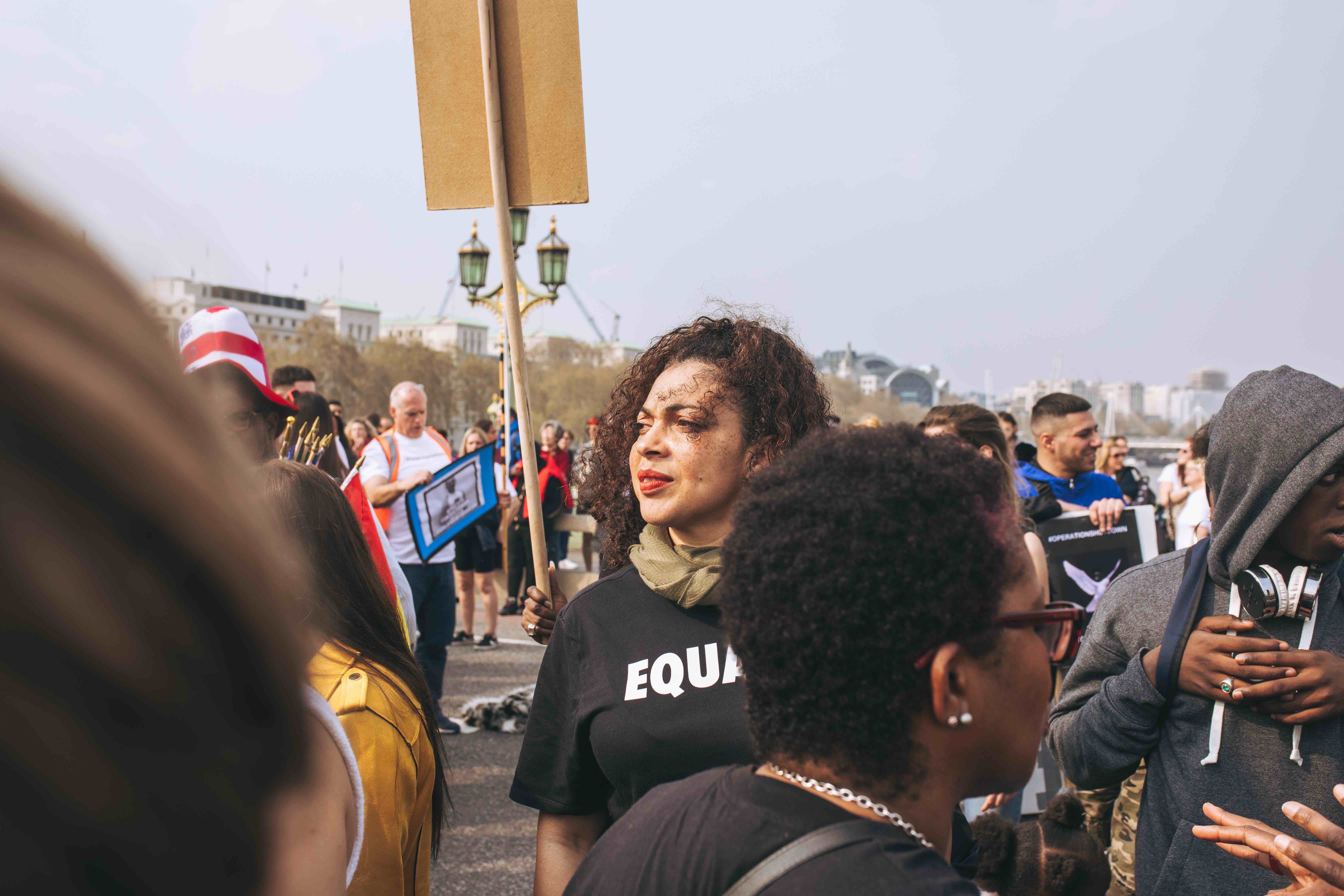 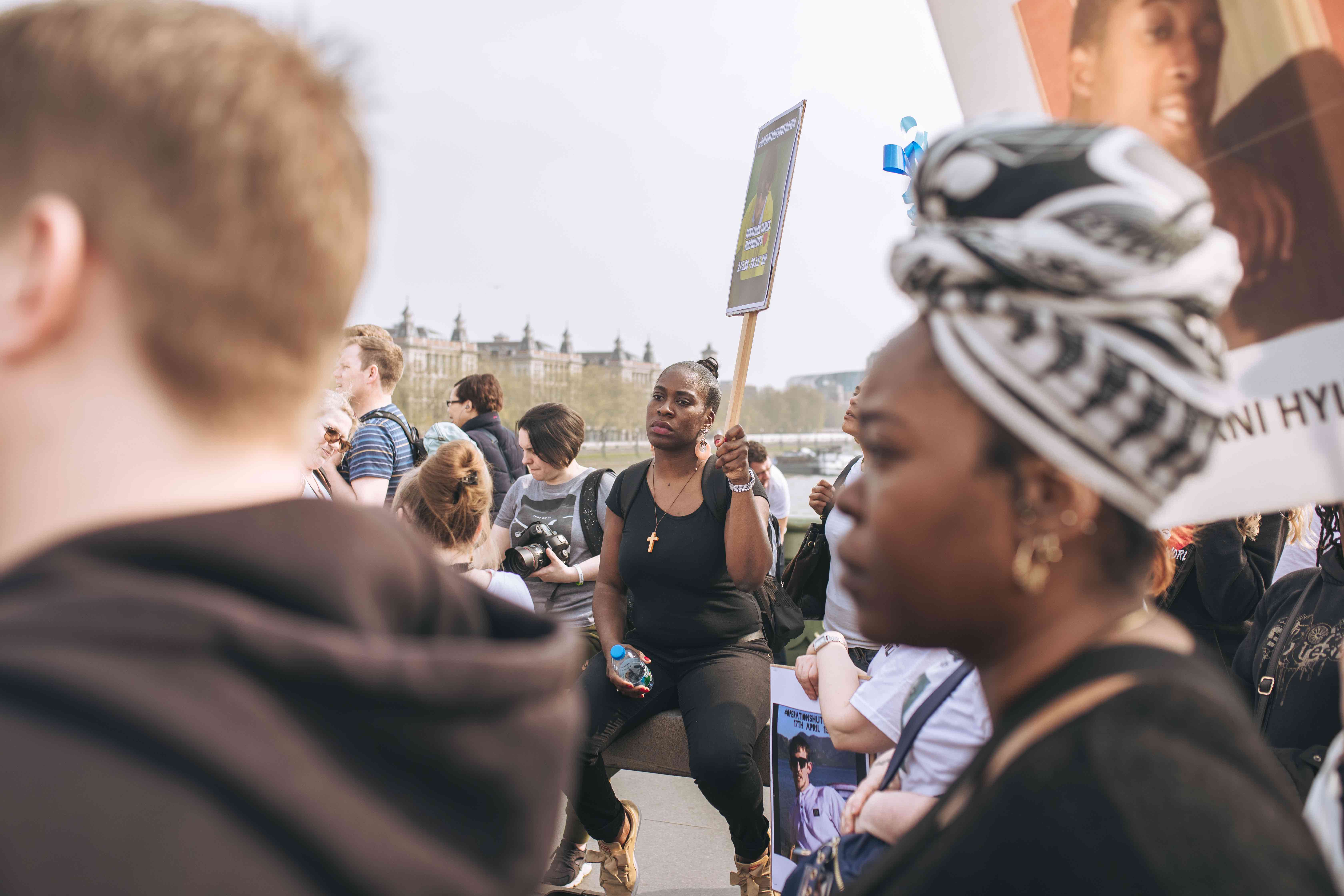 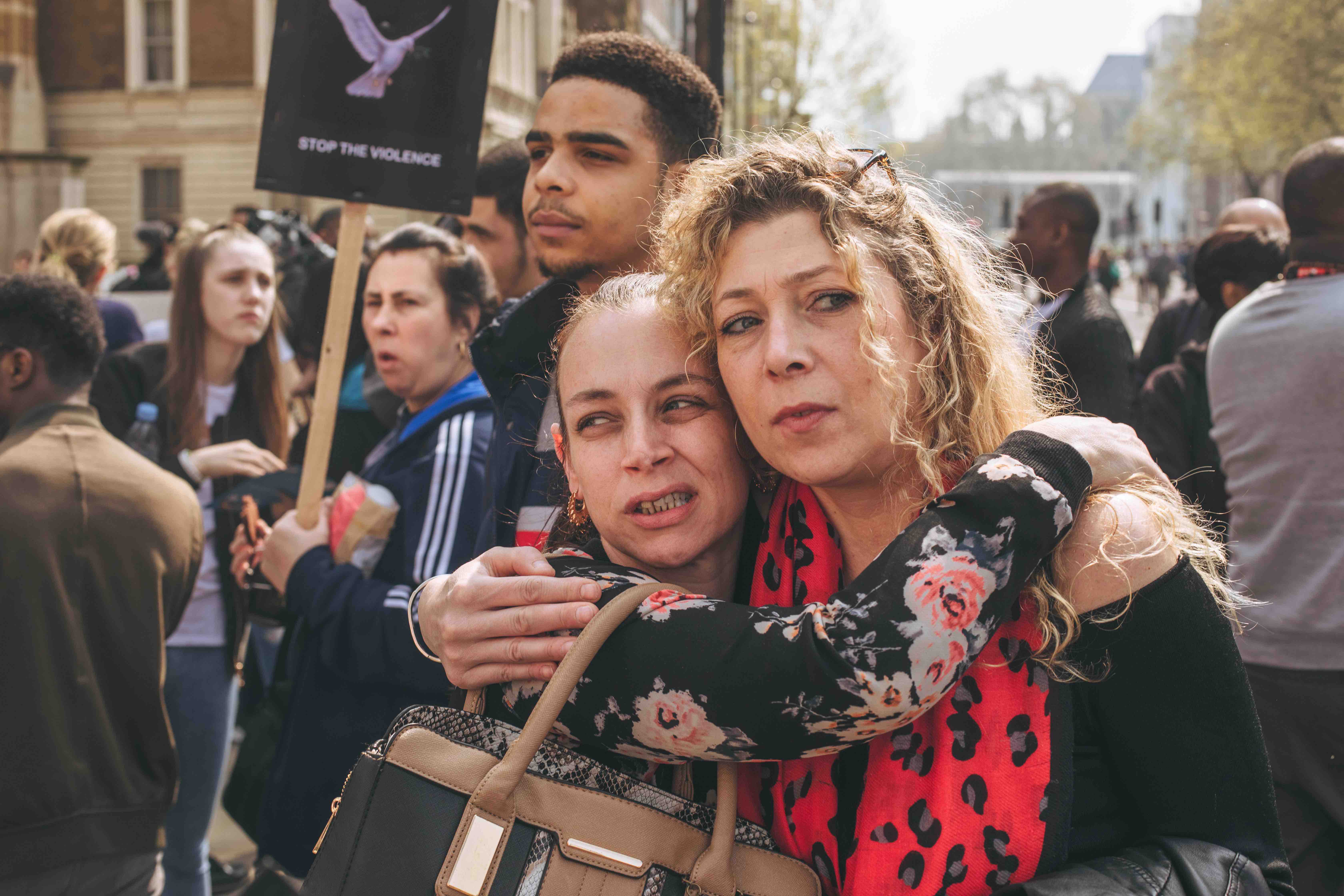 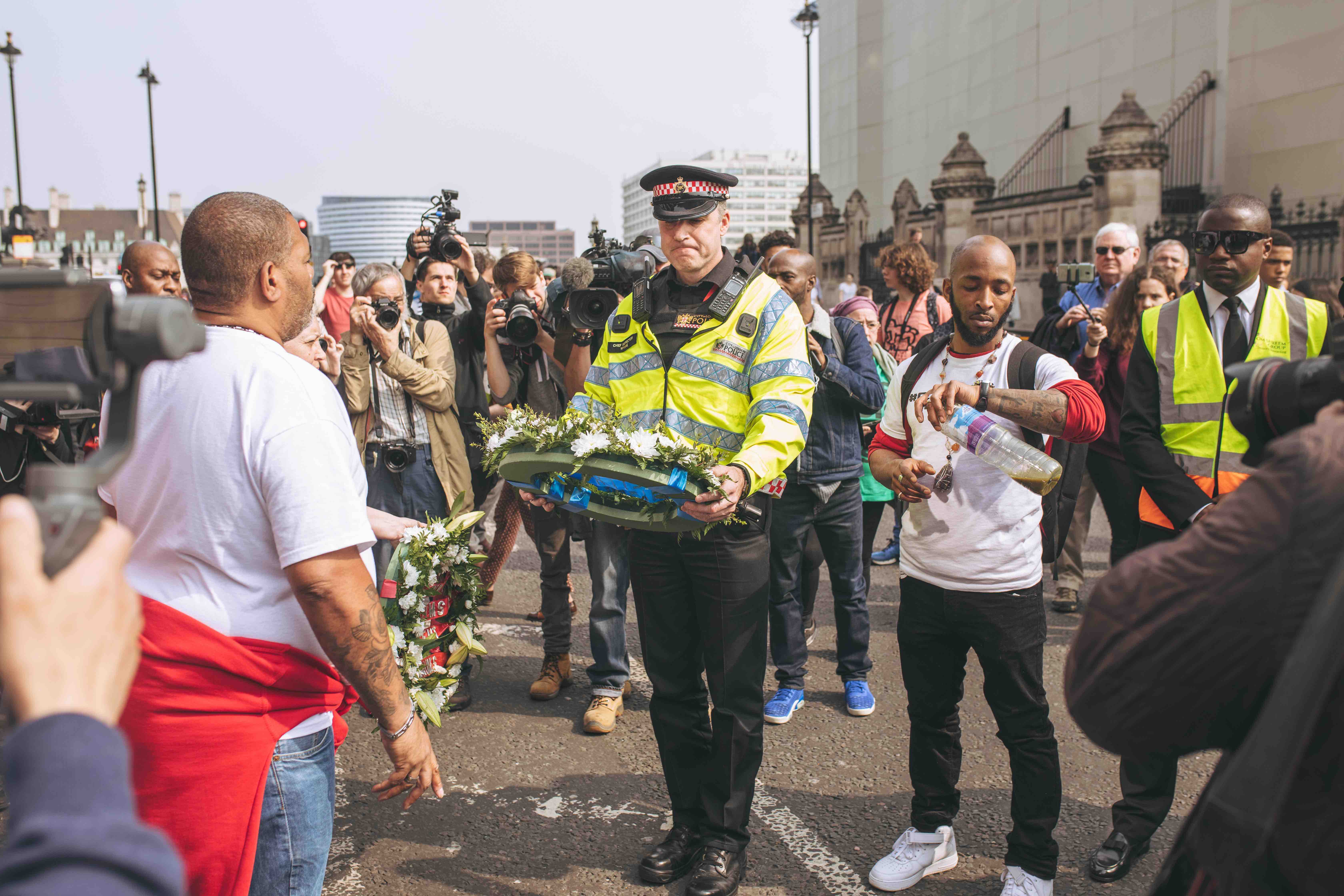 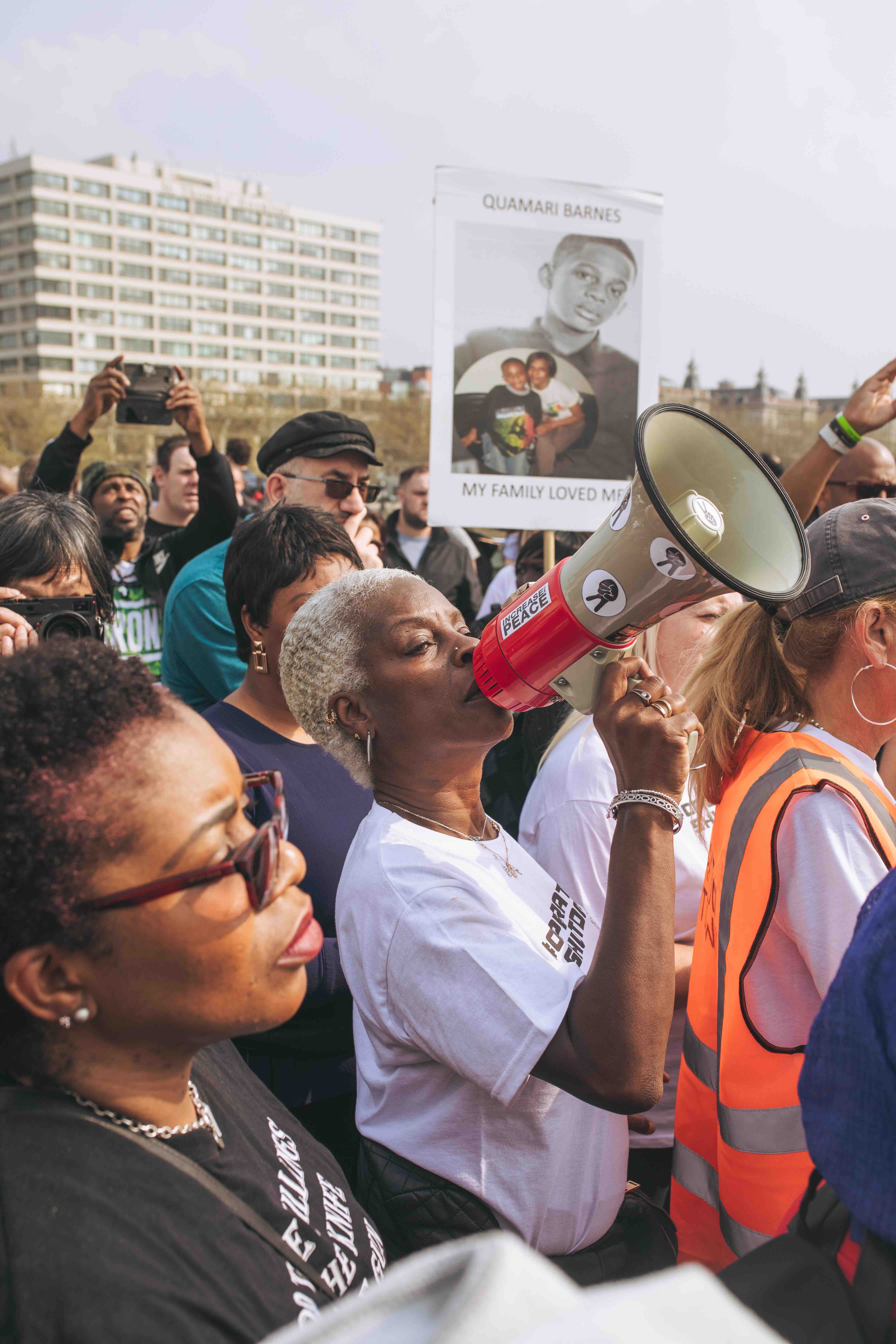 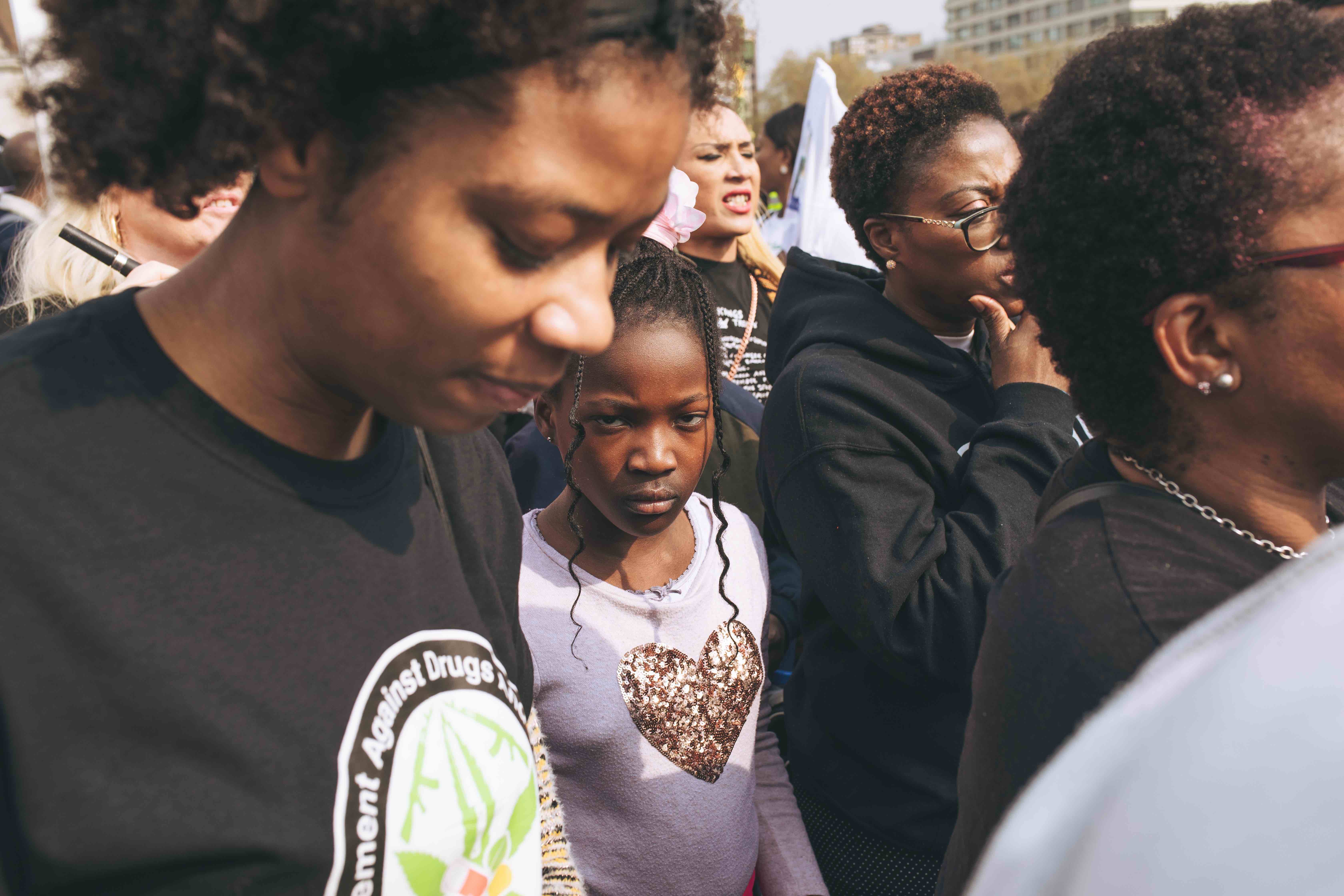 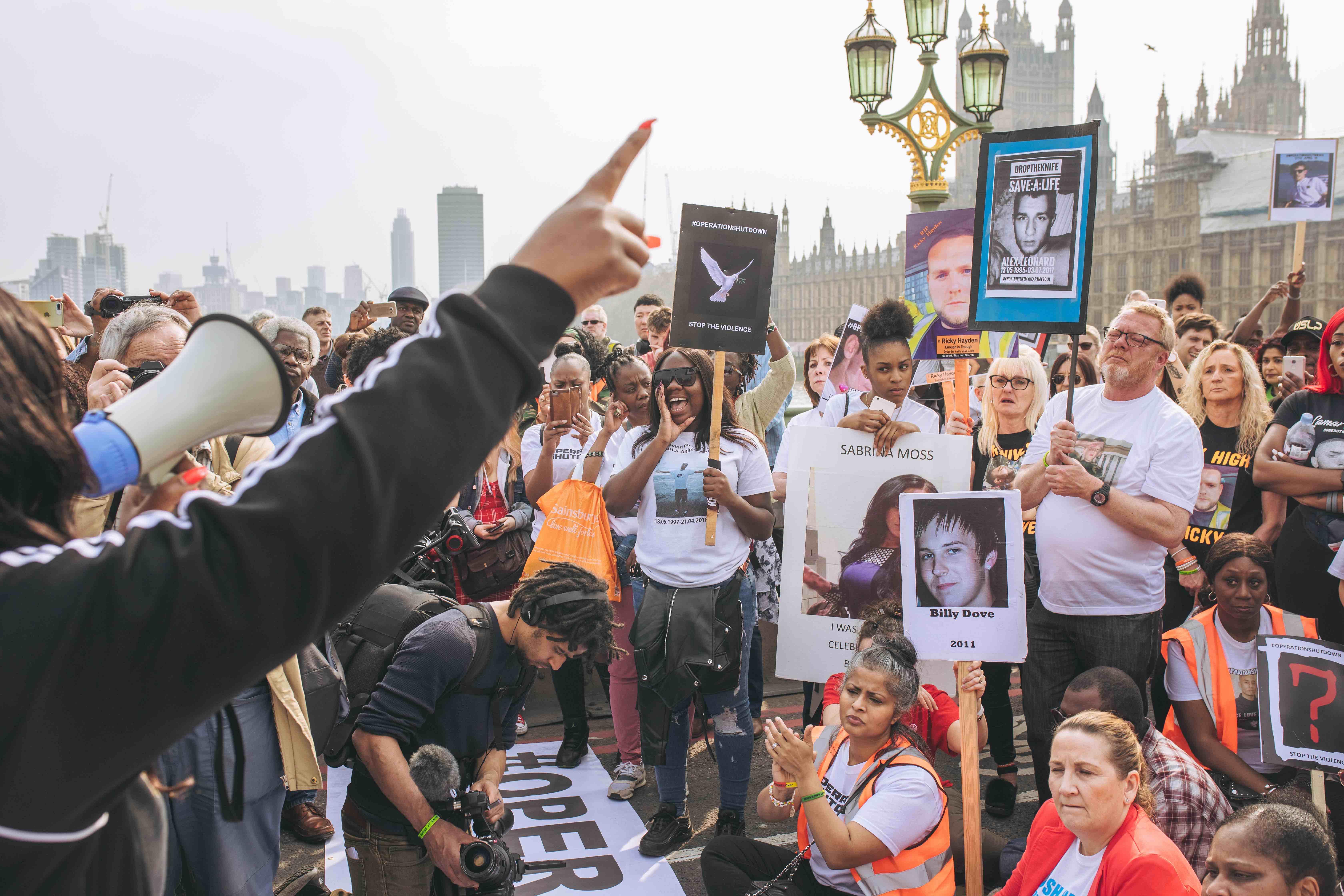 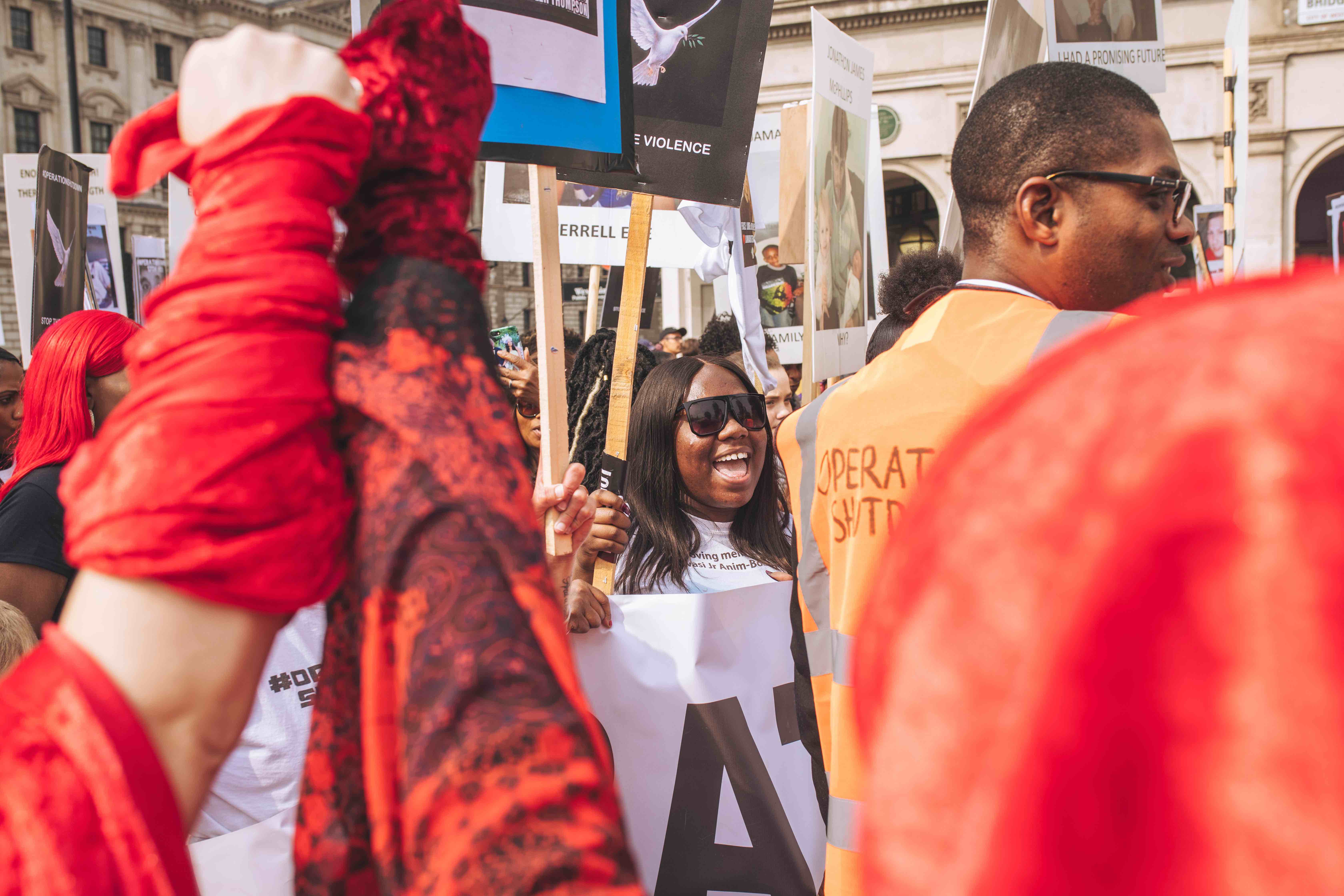 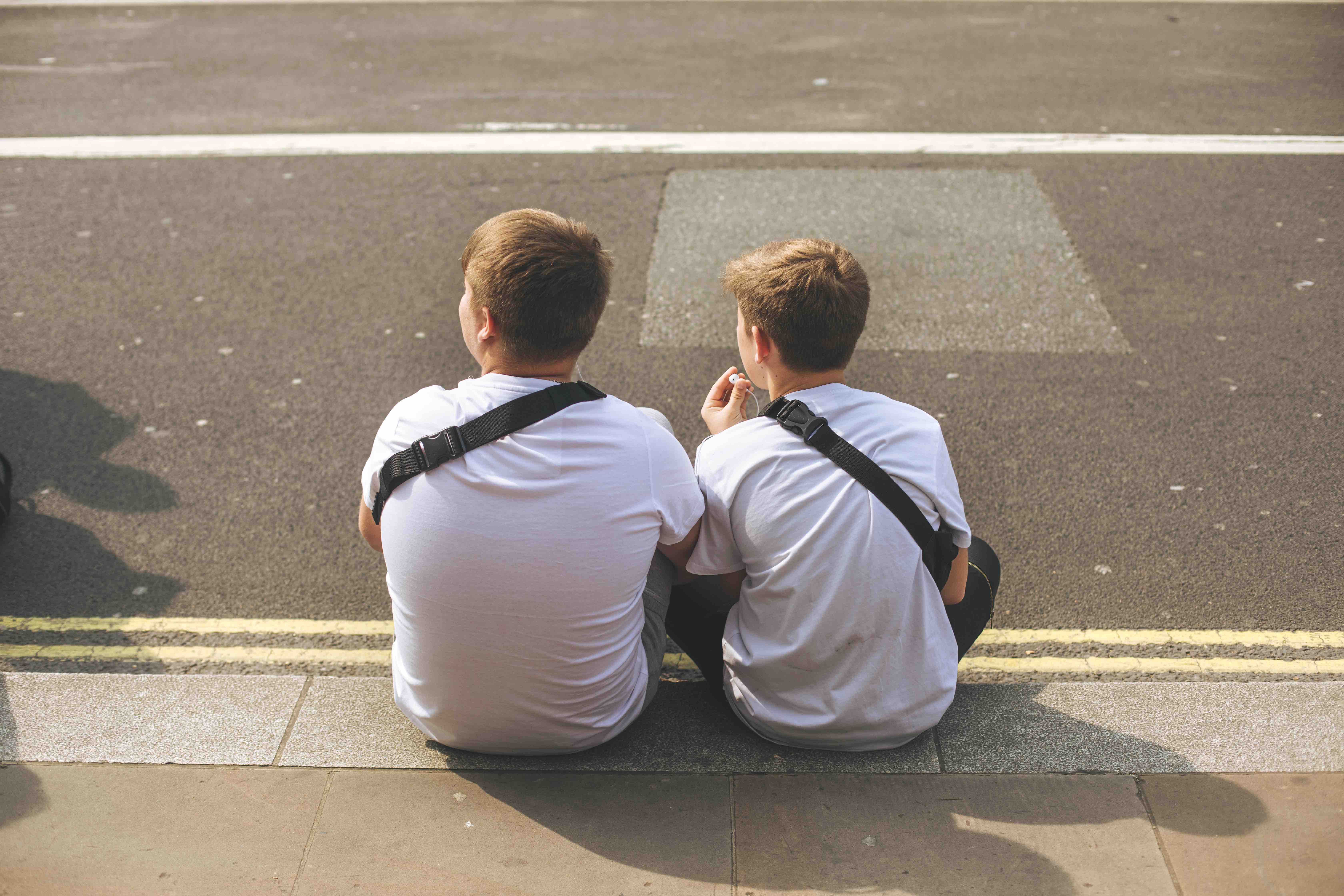 Linkedin
RELATED ARTICLES
OTHER ARTICLES
The musician, DJ and founder of Monika Enterprise reflects on a career defined by revolution and rule-breaking.
From Brooklyn gang members, to Welsh miners and the residents of East Harlem, Bruce Davidson used his camera to shine a light on the most marginalised.
Photographer Melanie Nissen recalls capturing the characters, fashions and rarefied chaos of a rapidly-expanding set of punk bands who helped to redefine the genre.
Those set to be impacted by the governments ’undemocratic’ bill explain why it risks silencing them.
A new book traces the legislation’s tumultuous history and the lasting impact its had on LGBTQ+ activism today.
Photographer Yan Morvan revisits a radical moment in history, which saw the emergence of a fiercely-rebellious spirit among the UK‘s youth.