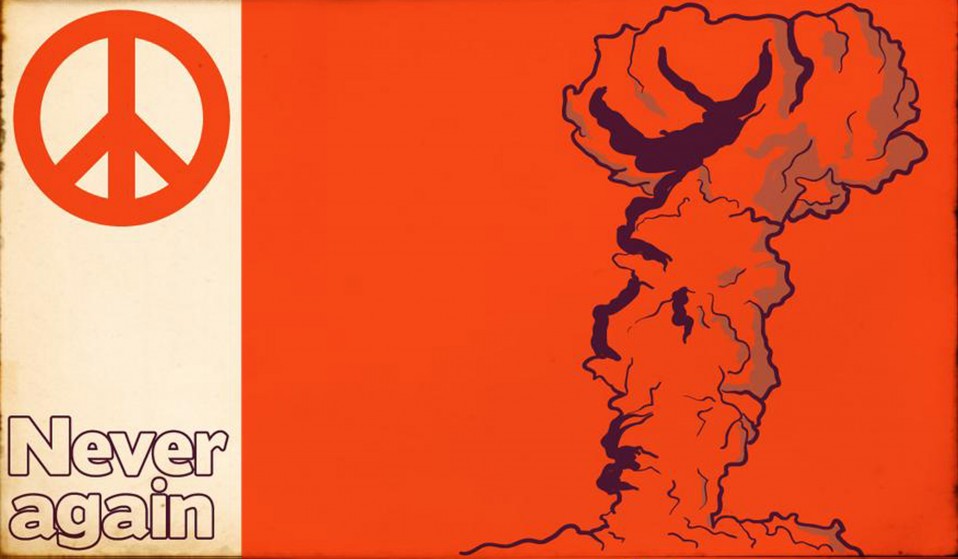 On the 70th anniversary of the Hiroshima attack, we collect powerful artwork that forces us to rethink living under the shadow of nuclear weapons.

On the 70th anniversary of the Hiroshima attack, we collect powerful artwork that forces us to rethink living under the shadow of nuclear weapons.

It’s 70 years since the American atomic bomb attack on Hiroshima on August 6 1945. Followed shortly after by the attack on Nagasaki on August 9, over 129,000 people are believed to have died in what remains the only use of nuclear weapons for warfare.

The devastation of two Japanese cities shocked people around the globe, but the threat only grew as the US and Soviet Union stockpiled nuclear missiles during the Cold War, and the UK, France, China, India, Pakistan, Israel and North Korea developed their own bombs.

Realising that nobody was safe from nuclear destruction helped spark the now-iconic global peace movement. Over the years, it has produced some pretty incredible imagery. Perhaps because, hey, there’s no better motivation for putting pen to paper than trying to stop the annihilation of the human race.

Here are some of the most powerful pieces from seven decades of the anti-nuclear movement. 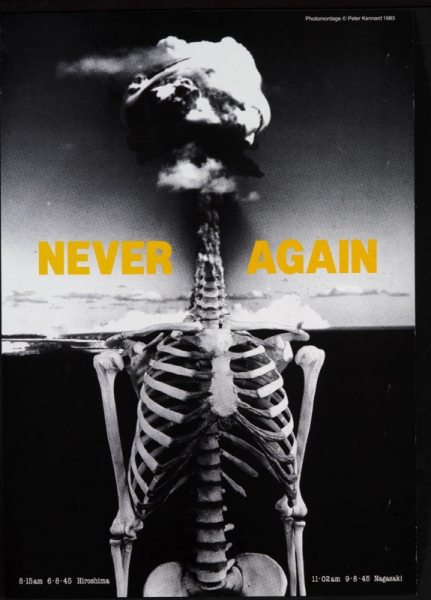 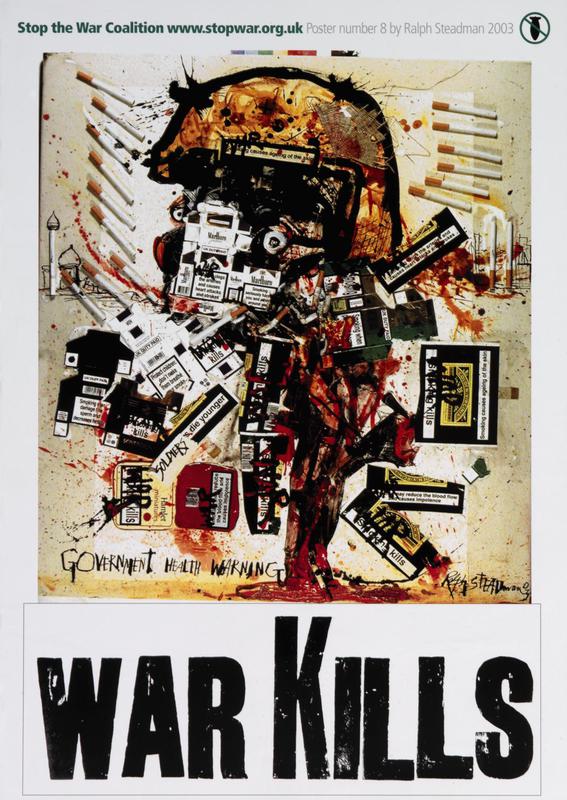 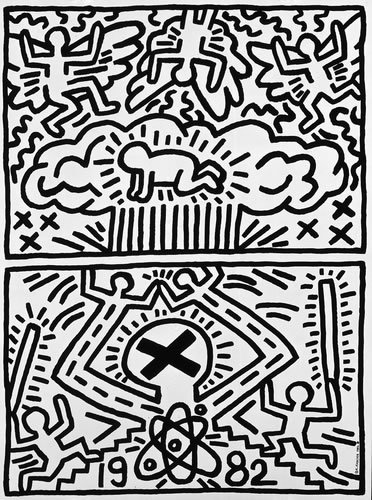 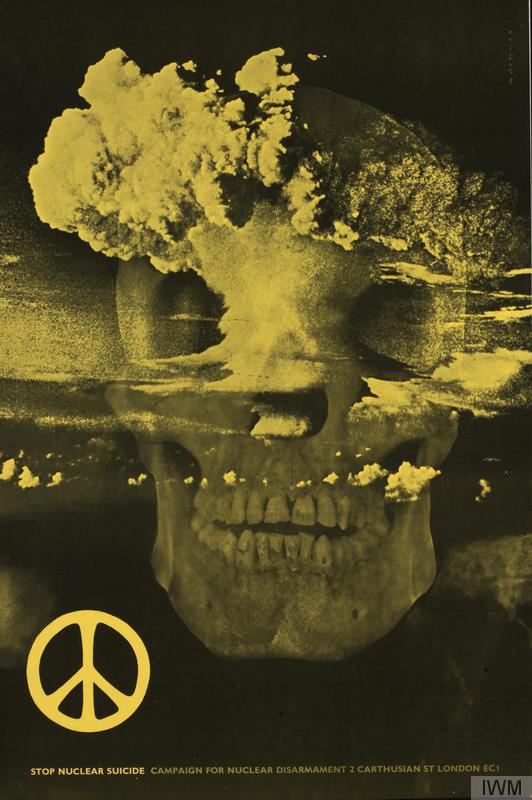 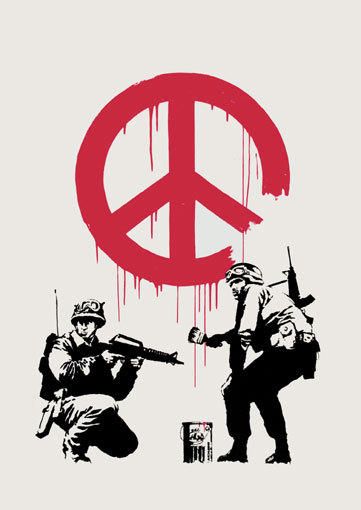 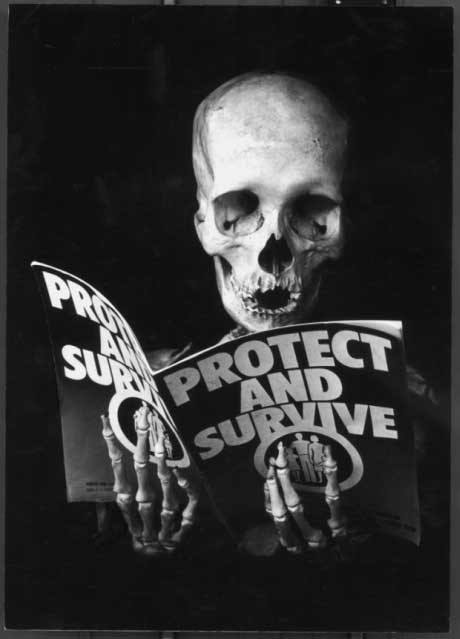 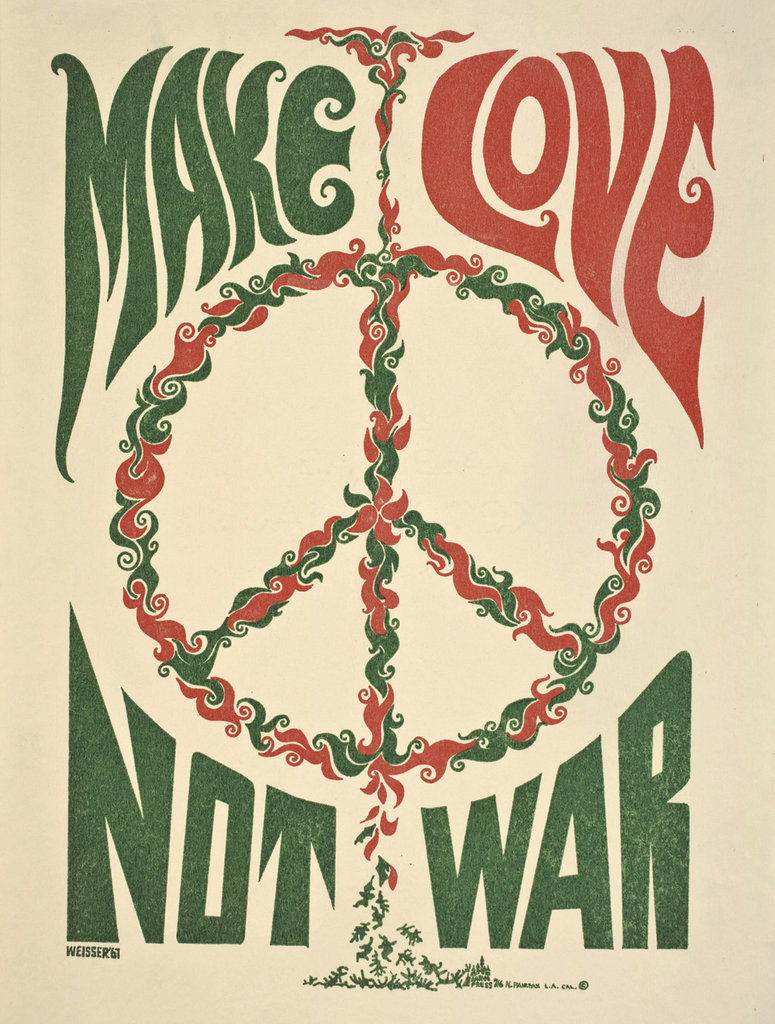 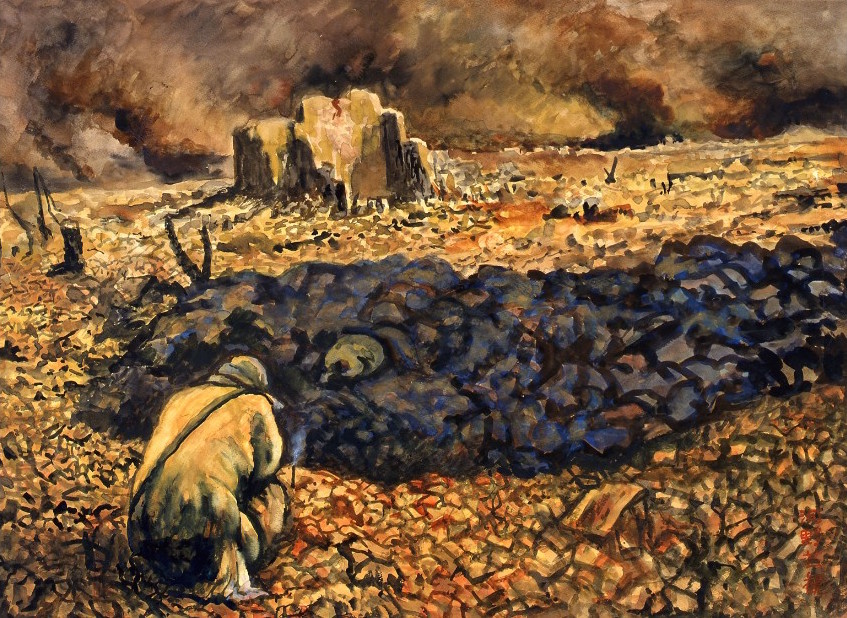 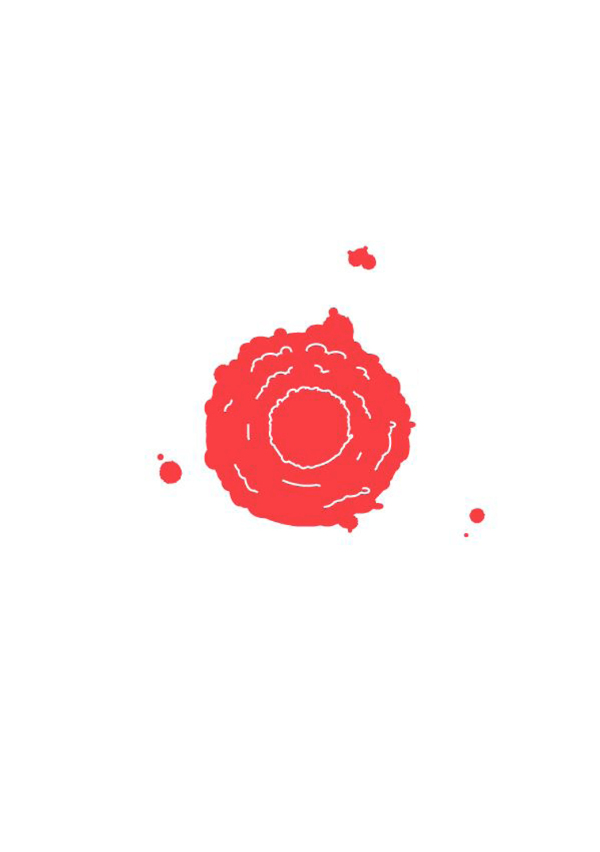 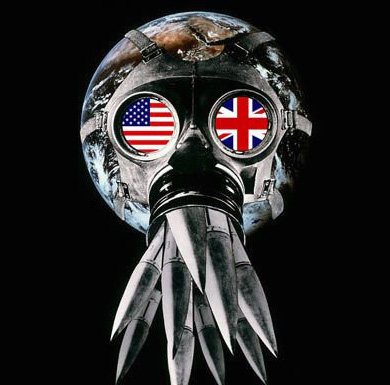 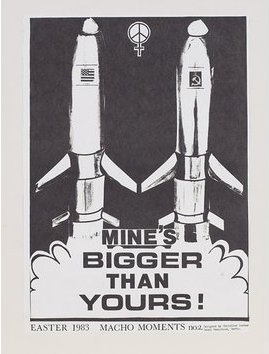 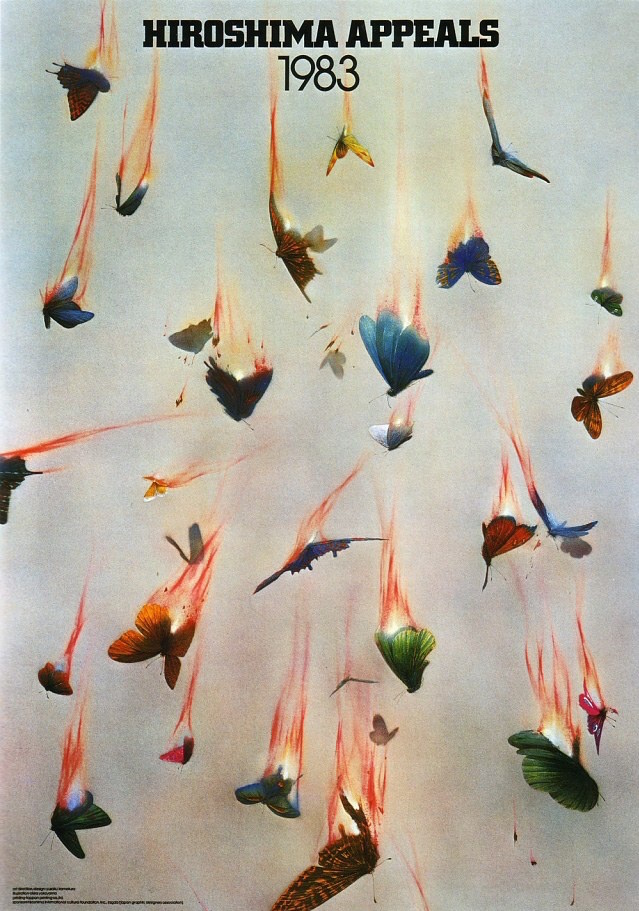 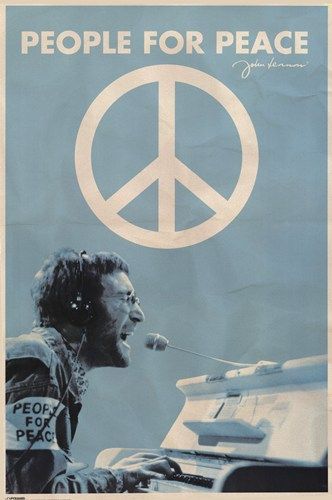 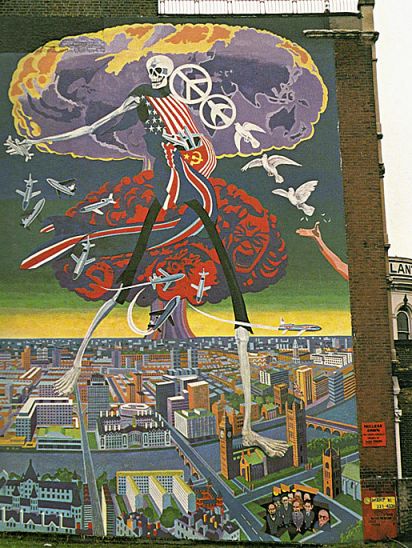 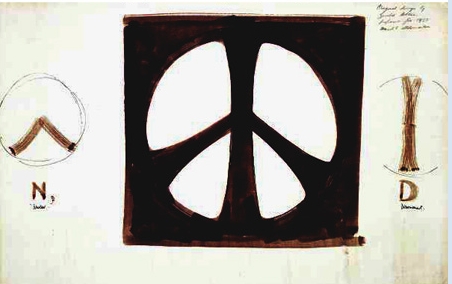 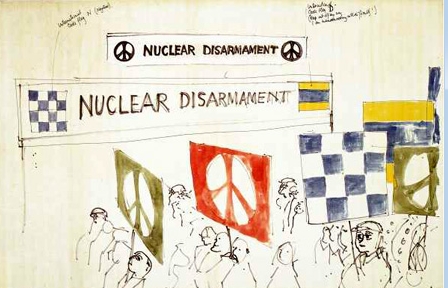 If you feel like there’s no place for nuclear weapons, one thing you can do is join the Campaign for Nuclear Disarmament.

Linkedin
RELATED ARTICLES
OTHER ARTICLES
Eric Schlosser’s Gods of Metal profiles the pacifists whose break-in at the high security Y12 weapons complex revealed the vulnerabilities of America’s nuclear weapons complex - and the continuing threat it poses to life.
As anger grows with governments around the world, Argentina’s Internet Party may have found a solution to widespread disillusionment.
Forget the World Cup. Citizen journalism collective Mídia Ninja are determined to show Brazil's most exciting stories are happening off the pitch.