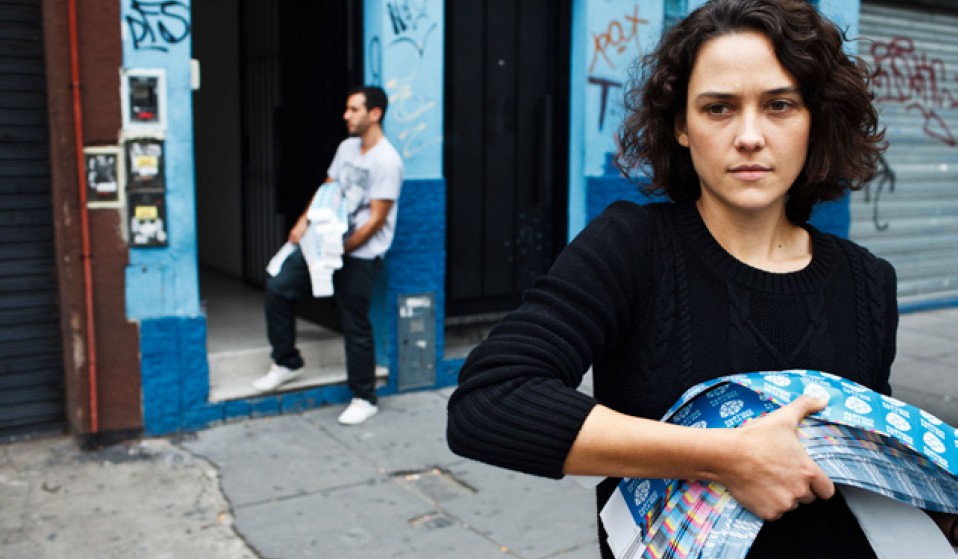 As anger grows with governments around the world, Argentina’s Internet Party may have found a solution to widespread disillusionment.

As anger grows with governments around the world, Argentina’s Internet Party may have found a solution to widespread disillusionment.

Last October, a giant Trojan horse trundled through the streets of Buenos Aires. Onlookers wondered what the presence of this odd wooden object straight out of ancient Greek mythology could mean.

But this was how the newly formed Partido de la Red, or Internet Party, announced its candidacy for the city’s elections. The horse was the perfect symbol for their desire to break down the walls of the political system from the inside and invite everyone to join in.

To bring people into the political conversation, the Internet Party uses a tool called Democracy OS, an online open-source platform that allows members of the public to debate policies and decide how they want their representatives to vote. Pia Mancini, a young Argentine sociologist and co-founder of the Internet Party, believes they’ve hit upon a more radical democracy.

“We said we’re going to take every decision in parliament together with citizens,” she says. “All hell broke loose after that, because it was absolutely disruptive and very radical.”

Pia went viral last year when her TEDx Talk ‘Broadening the Bandwidth of Democracy’ caught the popular imagination. She argued eloquently that the wave of popular frustration sweeping around the world resulted from governments’ inability to communicate with people in the age of online conversations.

“These protests, and this silence, is taking place in democracies where people are voting every four years,” she explains. “There is clearly a clash between that system and what’s happening in society: it’s not representing us any more. Democracy has been stripped of its core values and no longer has spaces for dialogue. We need to regain that.”

Experiencing Argentina’s cataclysmic economic crash in 2001 had a profound effect on Pia and her generation, even though they were only children at the time. After the currency collapsed and millions of people lost their savings, there were riots in the capital and men in balaclavas protested by blocking roads with burning tyres throughout the country. Anger at politicians had never been stronger. The slogan that echoed around the streets was: “Que se vayan todos!” or “They all must go!”

A decade later, that message resonates with the feelings of young people all over the world who have taken to the streets to express their dissatisfaction with the men in charge. But in Argentina, this unfocused anger against politicians only succeeded in changing the faces in government, while the system remained the same.

Pia argues that the disconnect between self-serving politicians and the people has only gotten worse in the internet age, as the system fails to respond to changes in society – namely, how we communicate and express ourselves every minute of the day. But, far from encouraging people to turn away from mainstream politics, she wants to use the internet as a tool to catalyse that anger and bring people into the system to improve it from the inside.

“Our democracy has grown stale,” explains Pia. “It hasn’t been able to attend to the demands of a society that is being rapidly transformed through the revolution of information technology. We change, we move, we have dynamic identities that configure and reconfigure constantly. We need to think how the political system can adapt to this network organisation and make use of the new tools available to society.”

While people are in constant conversation with one another around the world via Twitter, Pia has become increasingly frustrated with a political system that only allows input at election times. Politicians constantly put up barriers to engagement then blame people for their lack of participation when they produce unpopular policies.

“We’ve been hearing forever that we are not prepared to participate,” she says. “So the only solution is to open up spaces for participation. Real spaces.”

Democracy OS was developed to create a meaningful conversation between politicians and citizens throughout the political cycle. Rather than excluding people who can’t attend meetings or rallies, the online platform allows them to discuss every policy in a way that fits in with their lives.

In their first election, the Partido de la Red didn’t win a seat but the value of Democracy OS has been recognised around the world and adopted by Mexico, used in the process of writing the new Tunisian constitution, and projects are in development in both Chile and Costa Rica.

Despite their commitment to harnessing the power of the internet, Partido de la Red are firmly rooted in the real world. They meet every week at their headquarters in San Telmo. Wheeling out a Trojan horse and distributing stickers are just some of the ways they spread their message offline.

“The offline world is very important, but so is online,” she says. “We need to stop thinking of them as separate entities. Our lives are one, online and offline. We need to ask, ‘What institutions do we need to build for a twenty-first century democracy?’ We’re starting this process, it’s our generation. It’s about really being able to participate and make history instead of reading it.”

Find out more at DemocracyOS.org

Linkedin
RELATED ARTICLES
OTHER ARTICLES
Photographer Sean Maung reflects on documenting a small town in Pennsylvania afflicted by high levels of unemployment, poverty, violence, crime, and addiction.
David 'Dee' Delgado’s photo project is about honouring and uplifting the city of his youth, and a world rapidly disappearing under the relentless onslaught of gentrification.
A new podcast is opening up the conversation between trans women and trans amorous men in the hope of building coalitions.
After a two-year hiatus and a new album, the Nigerian artist is riding high. Now, he wants to bring his alternative, genre-bending sound to the world.
Mass crustacean die-offs in the North East have led a community of fishermen to take action to save their seas.
After building his reputation covering the US civil rights movement in the 1960s, the photographer went on to produce some of the most enduring images of the past century.