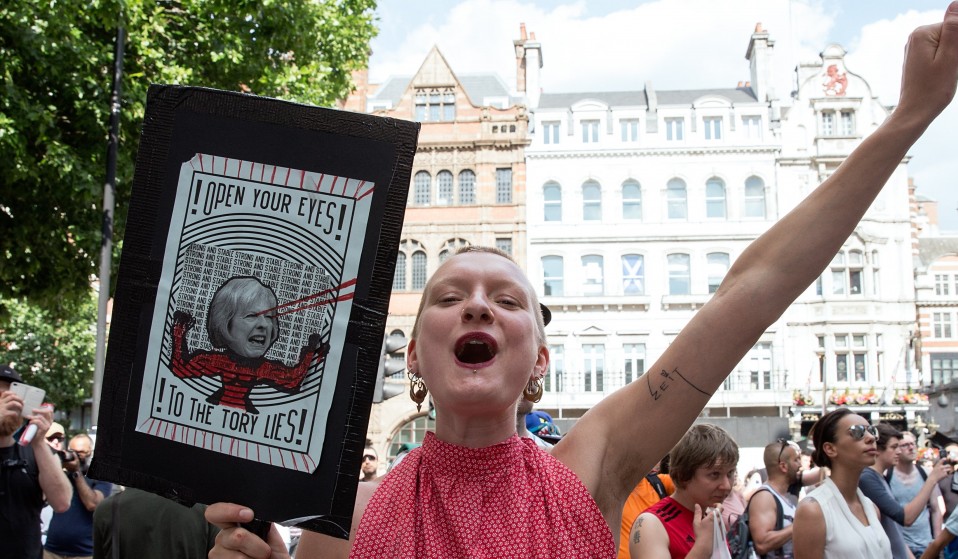 On Saturday afternoon, protestors gathered outside Downing Street, angry at the UK's shambolic government and the Tories plan to jump into bed with the backwards DUP.

On Saturday afternoon, protestors gathered outside Downing Street, angry at the UK's shambolic government and the Tories plan to jump into bed with the backwards DUP.

The mood in Britain is tense. We’ve barely got a government – Theresa May’s kamikaze mission to increase her majority in Parliament backfiring – and now it looks as if the Conservative party, without enough MPs to govern solo, will be entering into an agreement with the ultra-conservative (and anti-LGBT, anti-abortion and climate change sceptic) DUP. 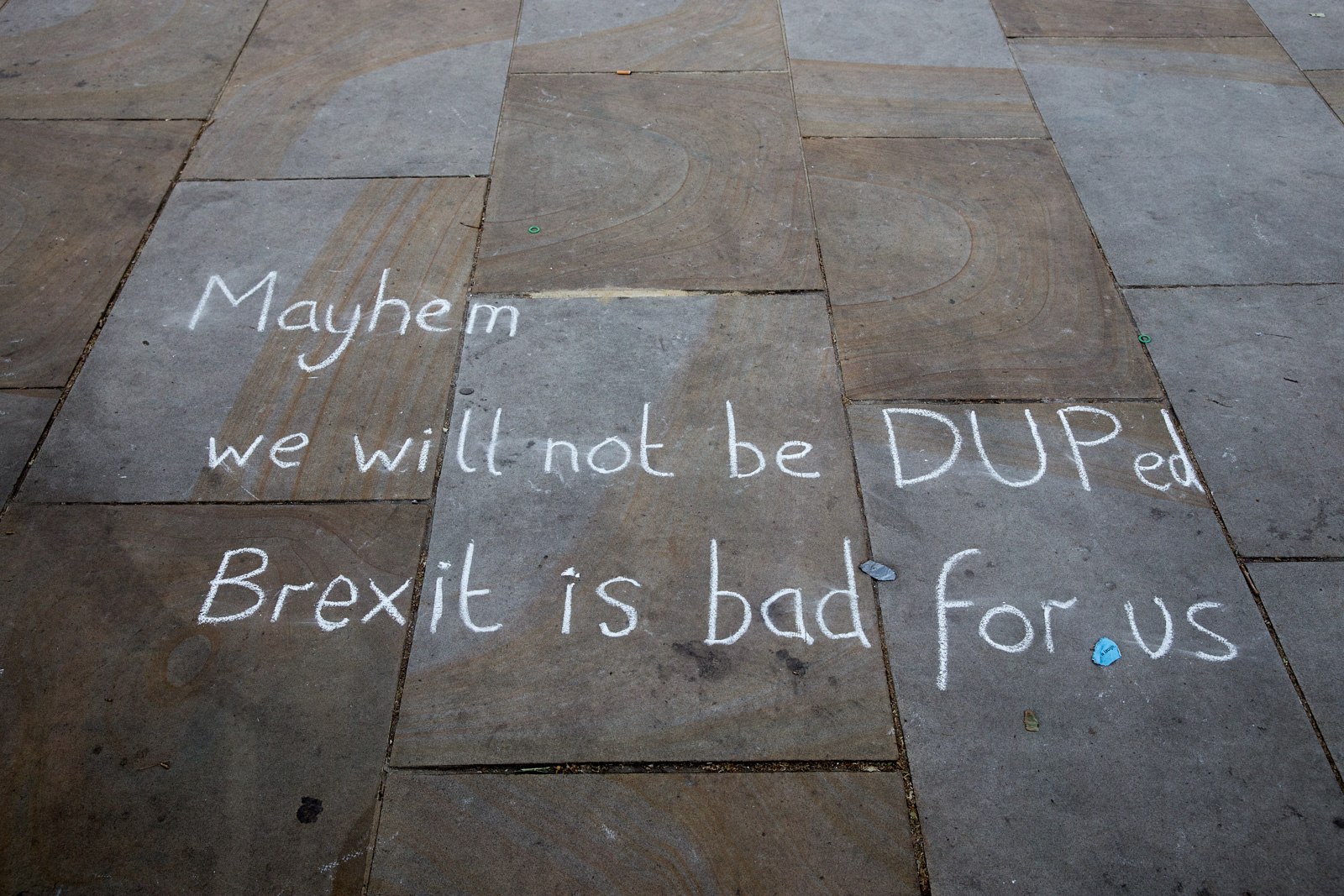 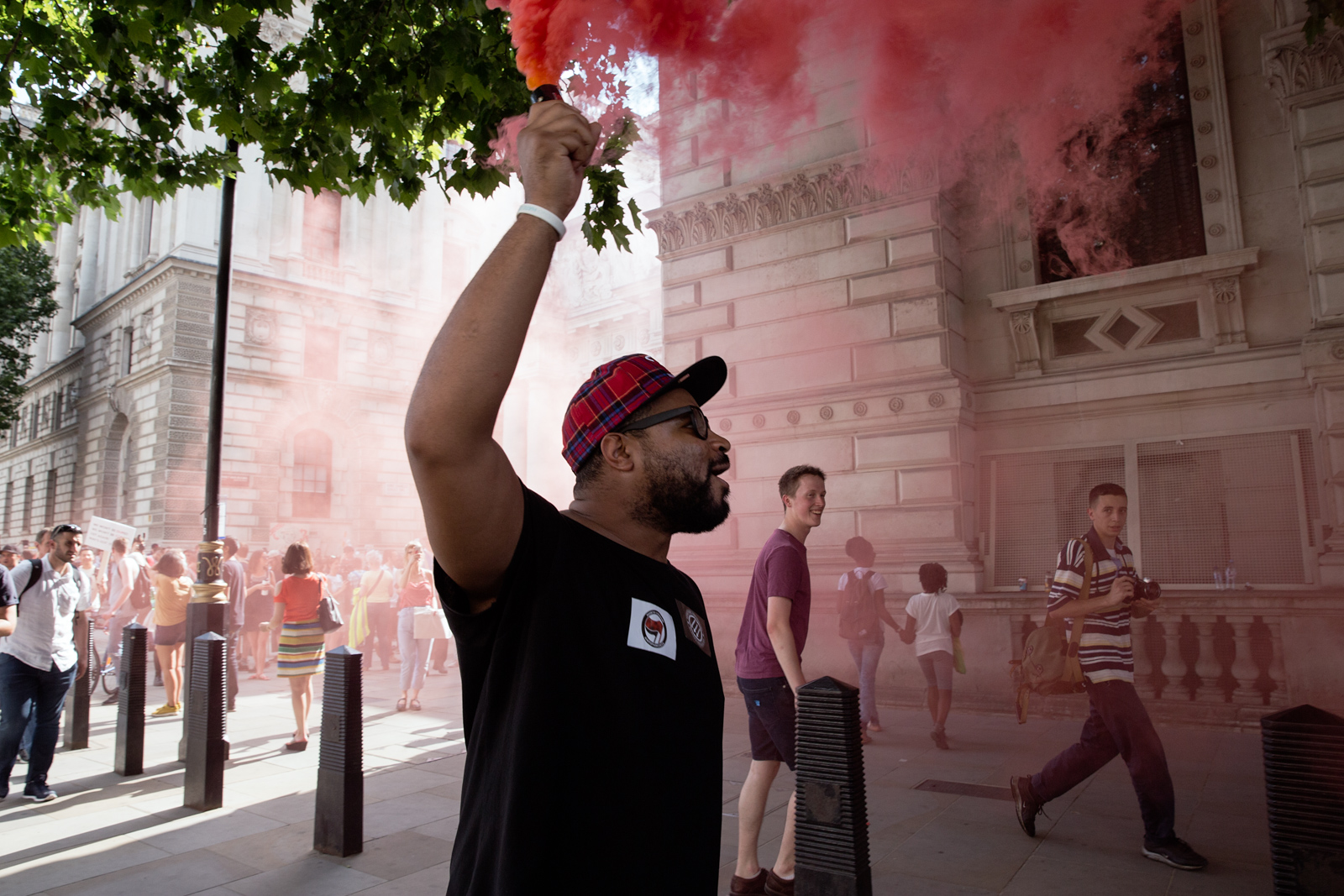 Add to this the ineptitude of May and her team in the aftermath of the deadly, harrowing Grenfell Tower inferno, there’s anger coming from all directions, and understandably so.

Following Friday’s protests in Kensington and in Whitehall, this Saturday thousands took to the streets outside the PM’s London residence, to say no to a coalition of chaos led by zombie PM May. While speeches from Labour MPs, drag queens, journalists and activists came echoing through the crowd, chants of “Tories out, Tories out” erupted. 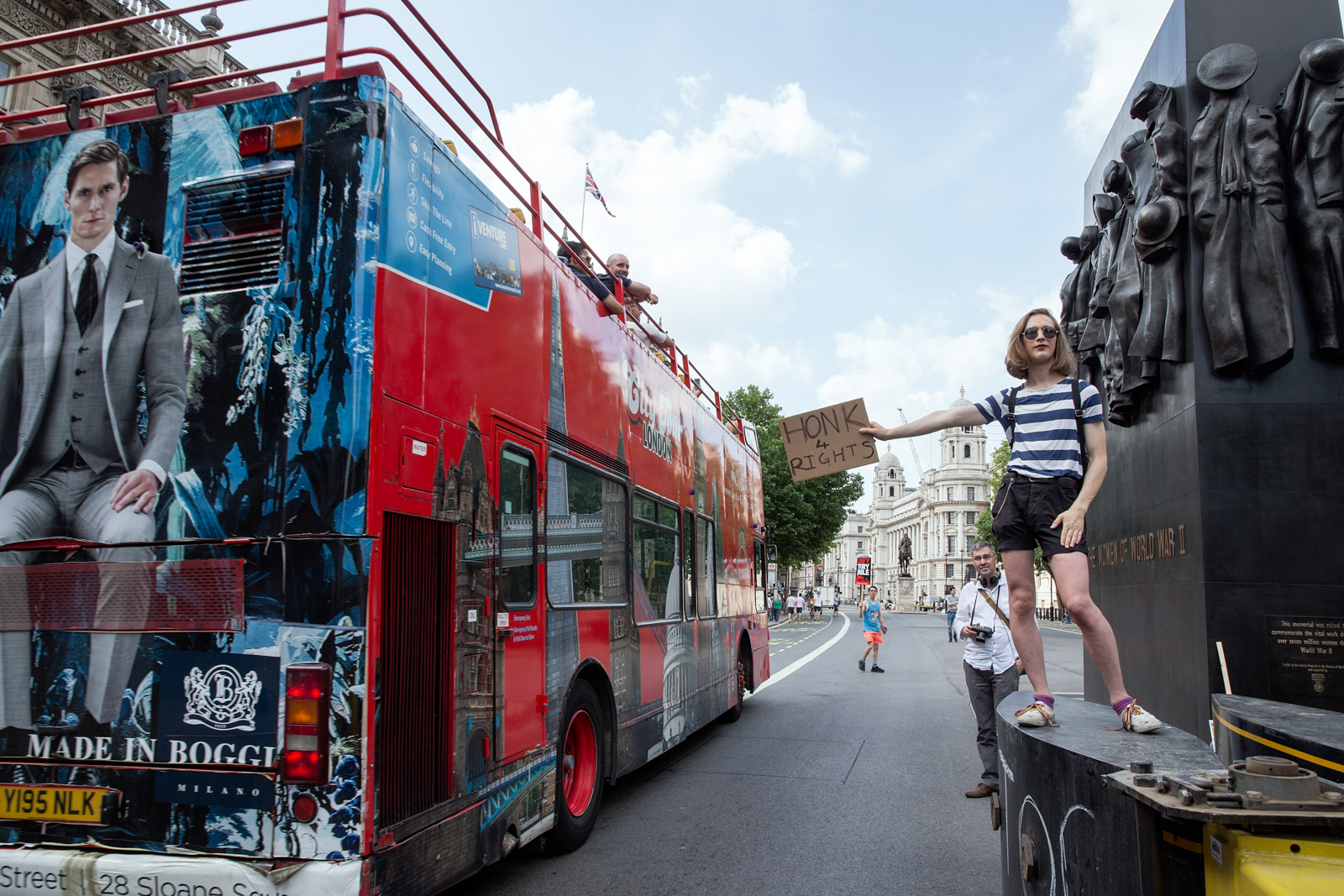 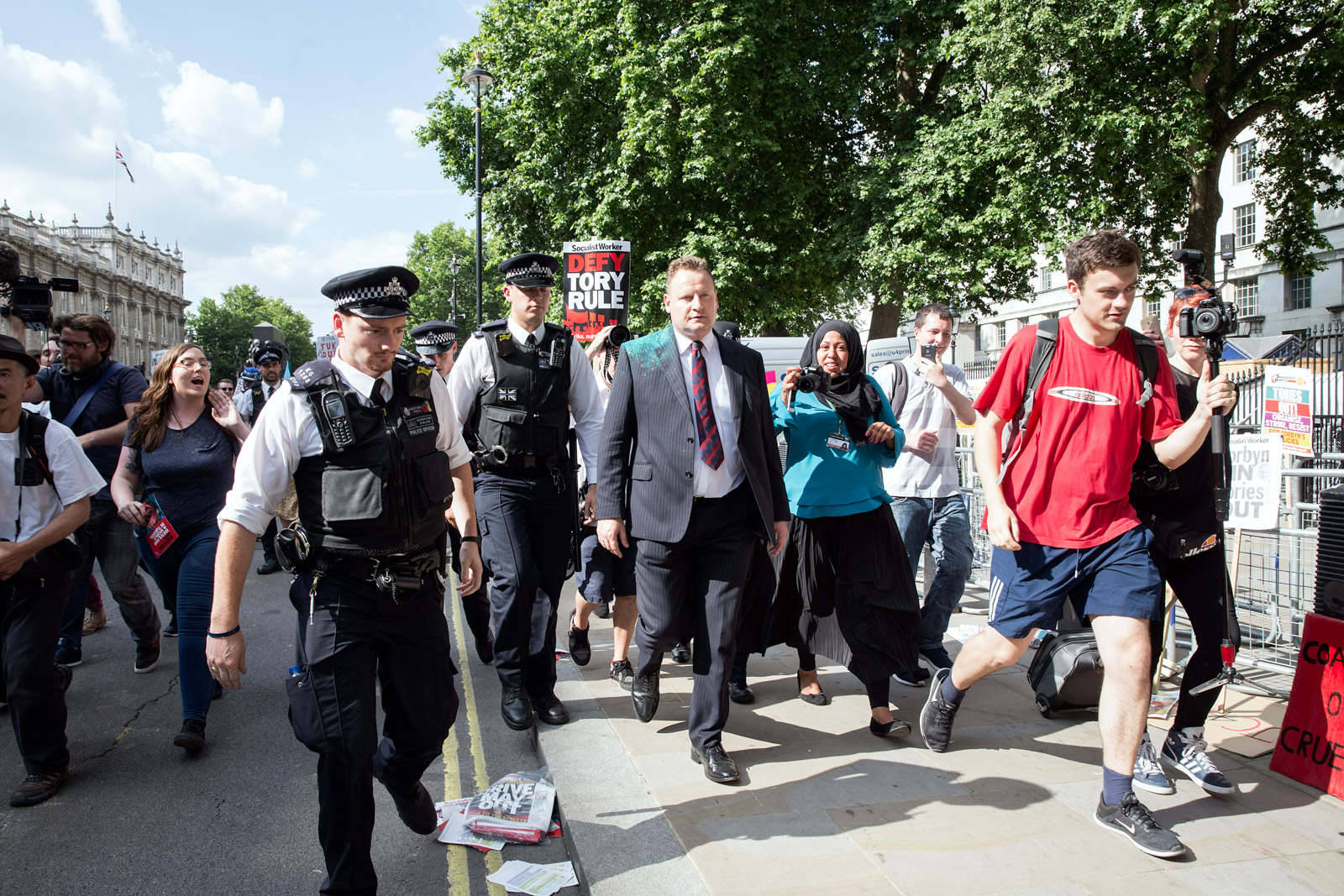 What motivated those who hit the streets to sweat it out in the sun varied greatly, that much was obvious from looking at the placards, listening to the speeches, and conversations amongst the crowd.

But there was one overarching message from all of those blocking the traffic: Theresa May has to go. To find out why, we asked pissed-off protestors to sum up our Prime Minister in one simple sentence.

Amrou, 26 “Having Theresa May as Prime Minister is nothing short of embarrassing.” 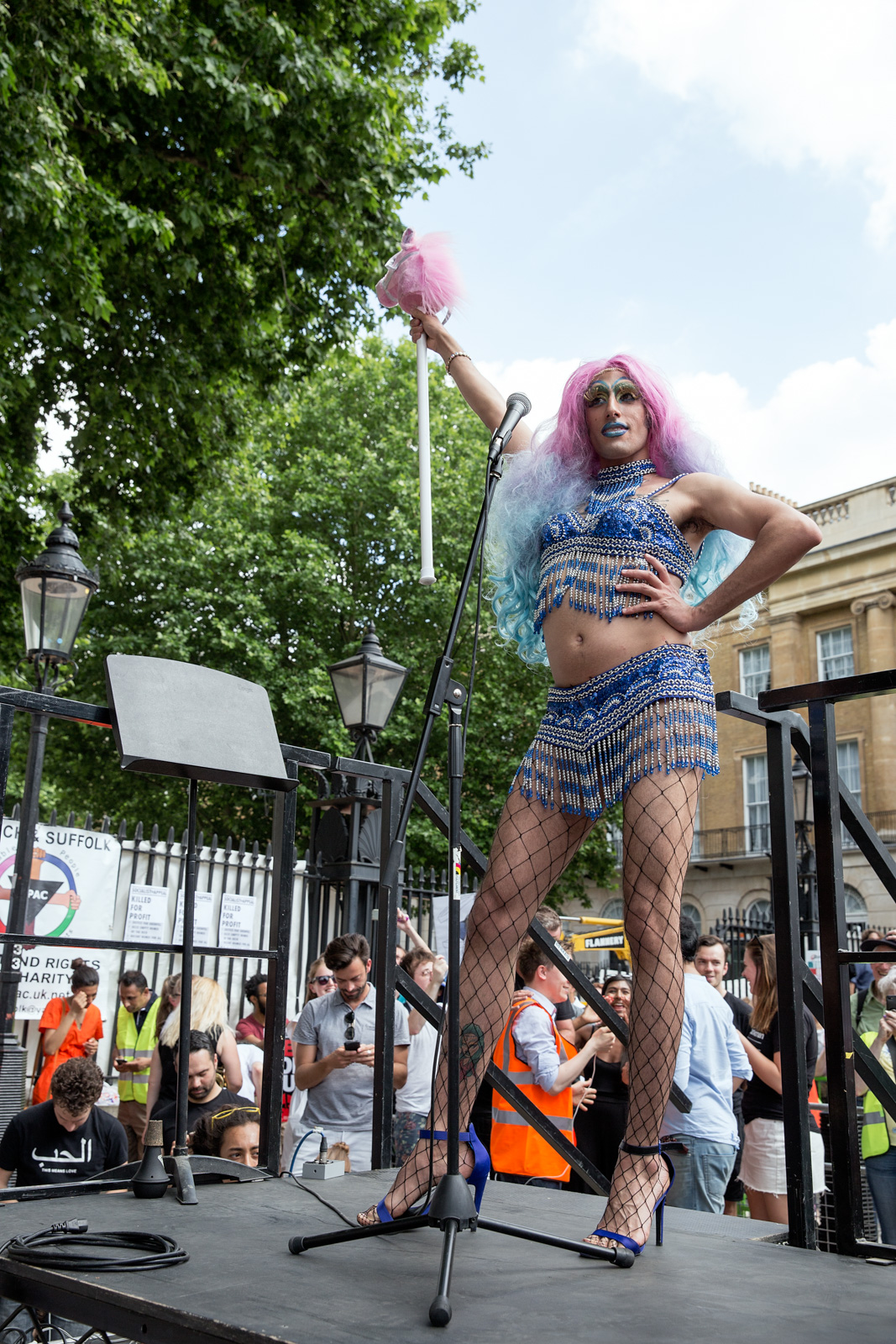 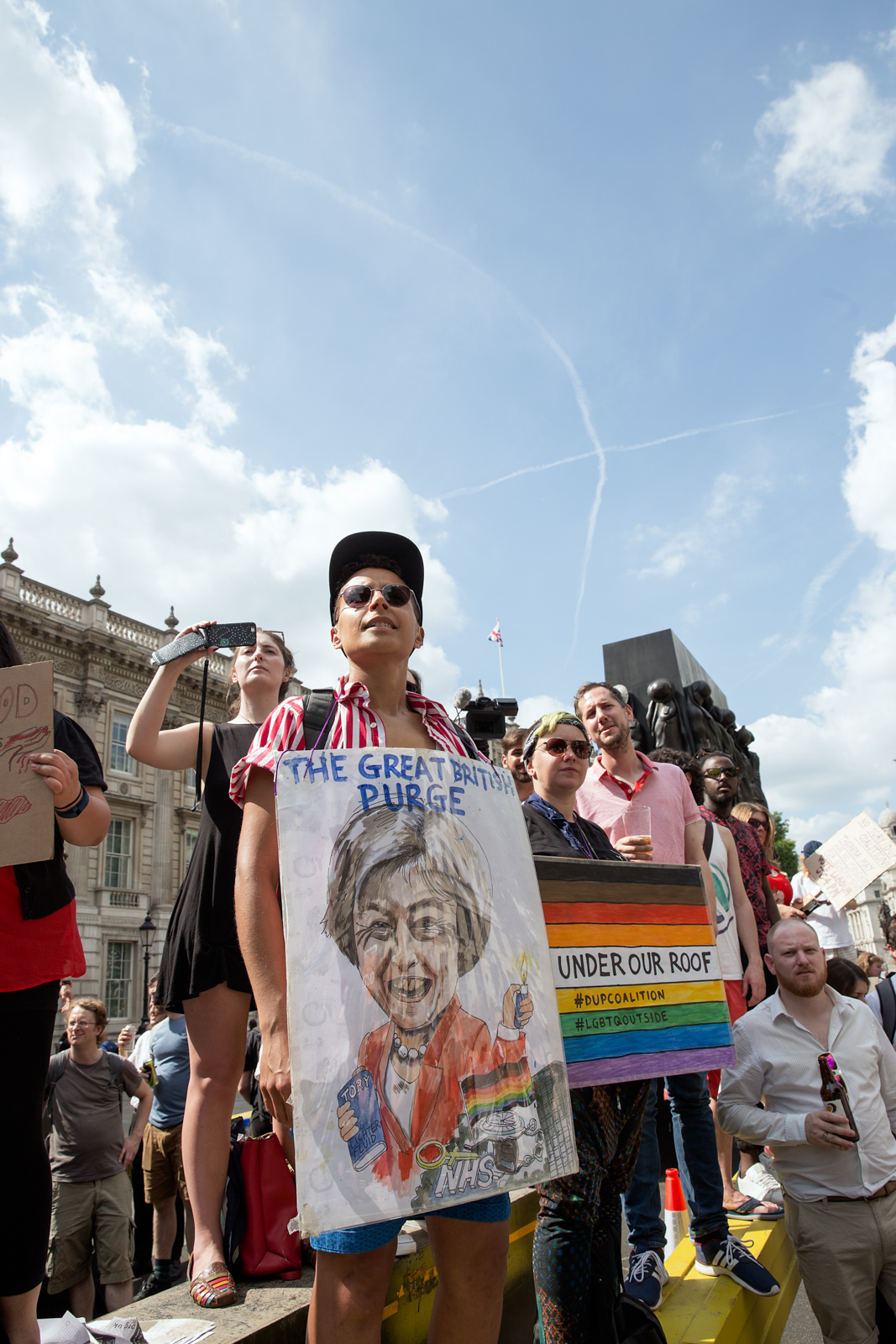 Fernando, 40: “ For many years I’ve been hearing people say that the Tories are so out of touch, and I didn’t know what that meant until now.” 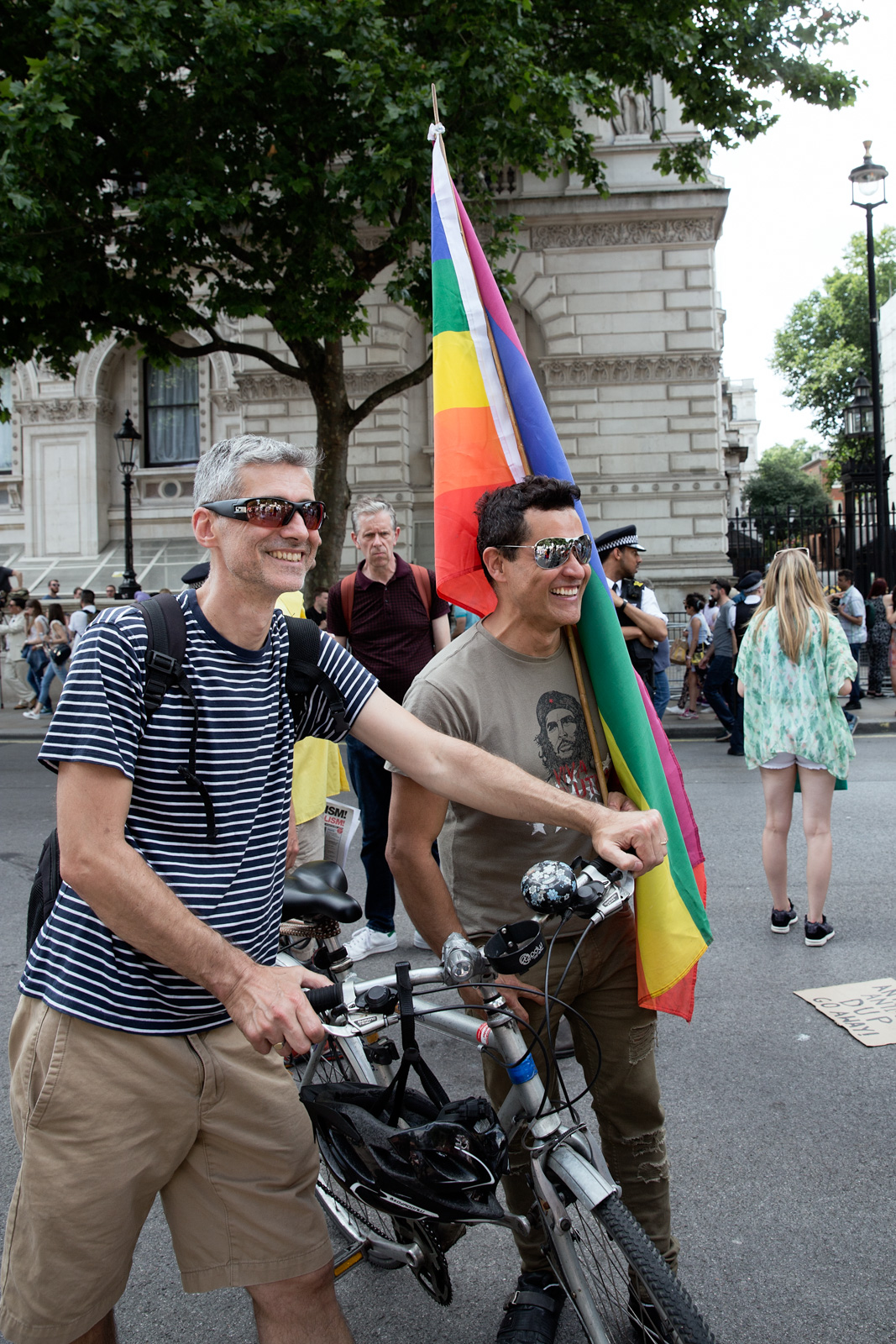 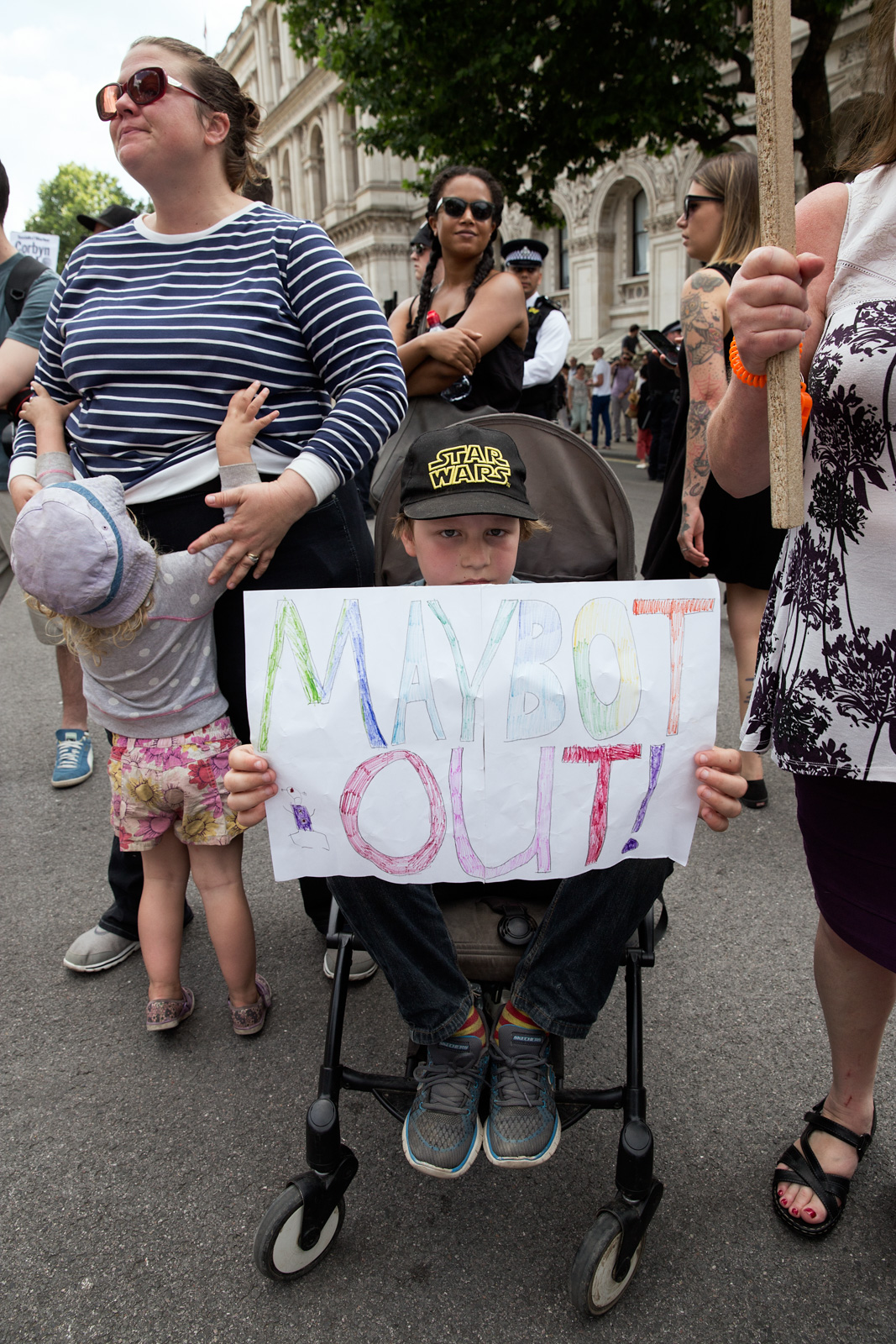 Imelda, 25: “I feel Theresa May has been an extremely poor ally to her sisters: We’ve seen multiple cuts to crisis centres, mental health services, the NHS – you name it, she’s cut it, and this disproportionately affects women’s’ lives… So I think she’s appalling.” 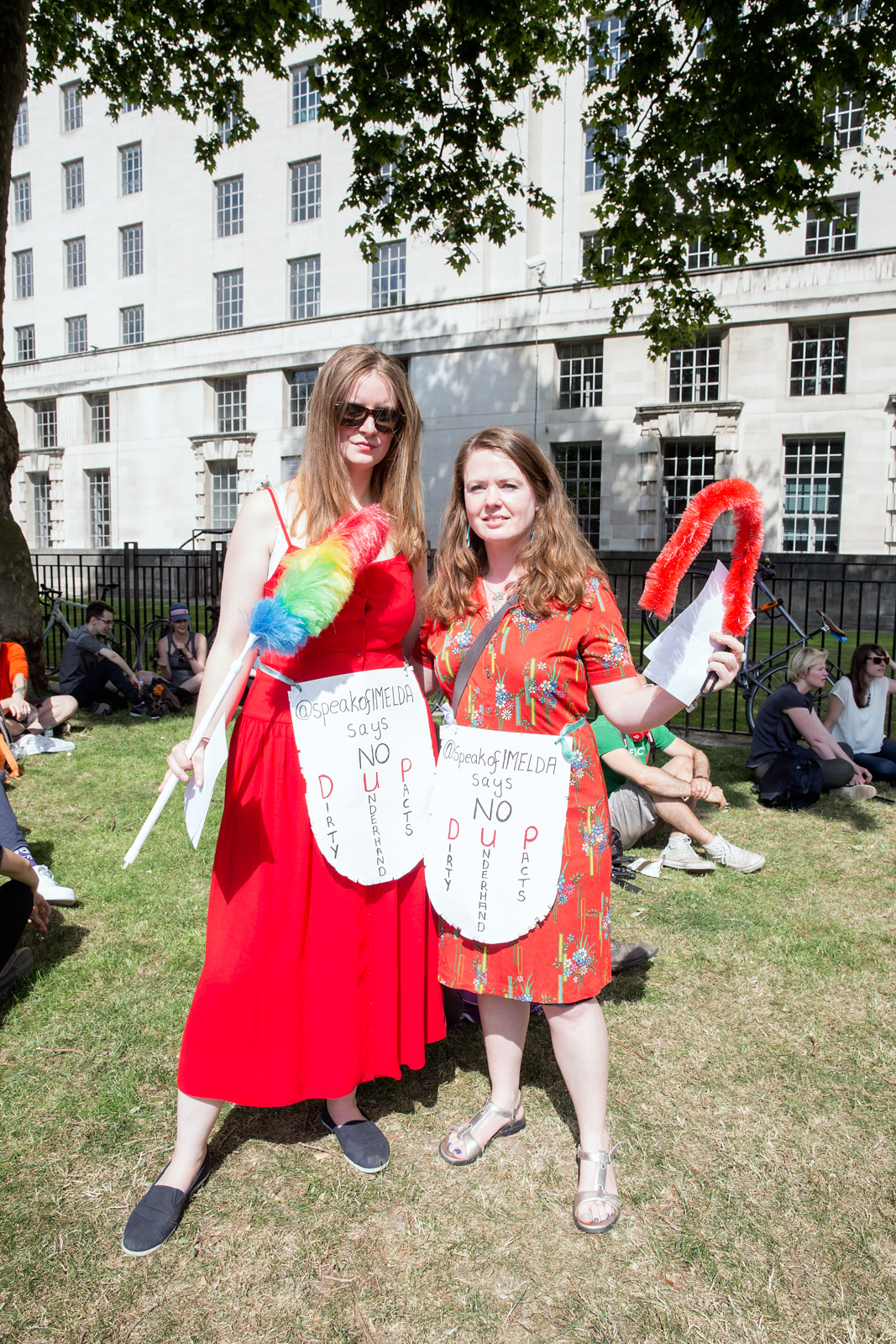 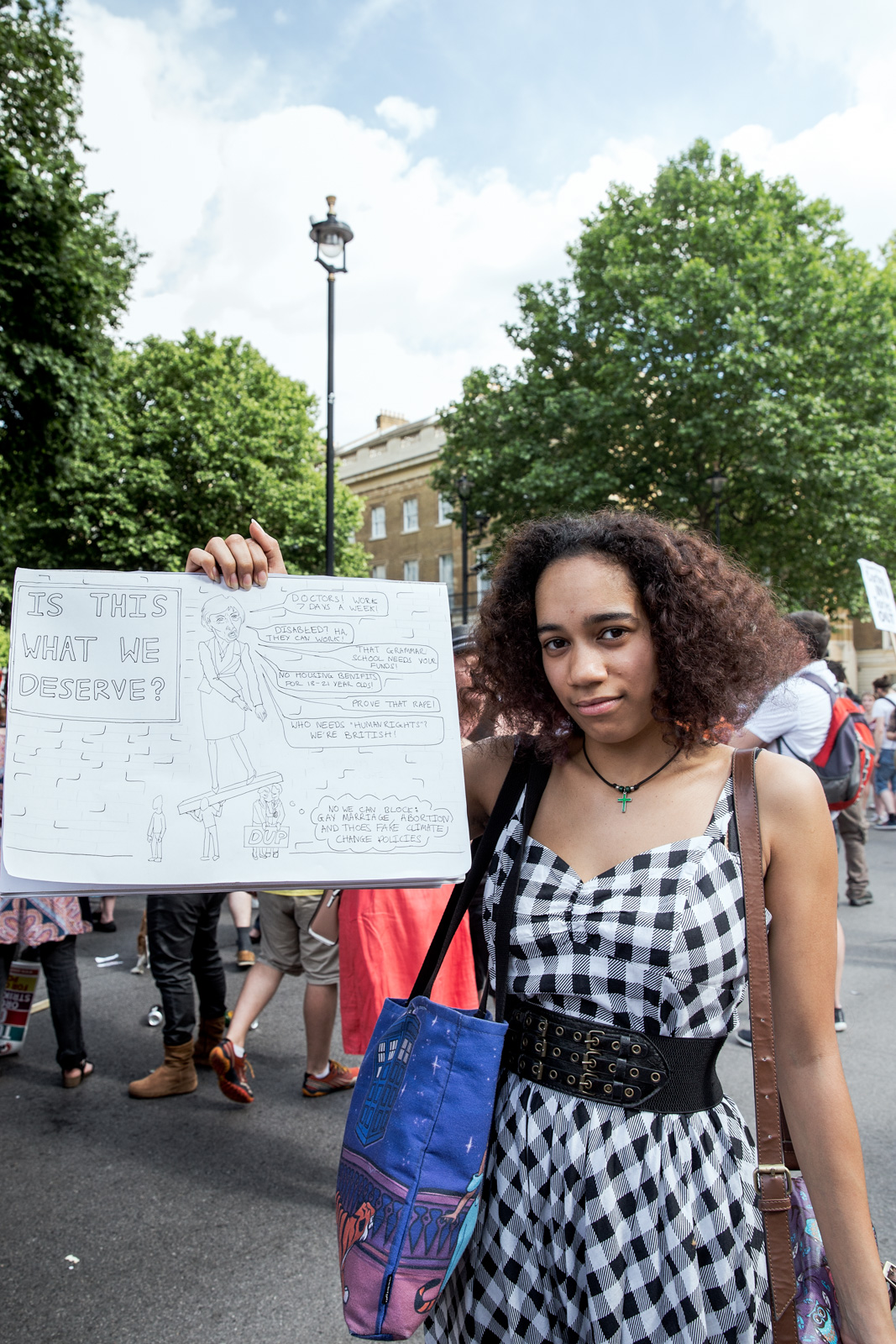 Pat, 70: “I’ve always been a labour supporter (apart from once when I went sideways towards the Greens), and I’m completely behind Corbyn, I’m totally against May, and everything she stands for.”

Victoria, 37: “Every day you learn something new about her to show she has absolutely no empathy, and no humanity.” 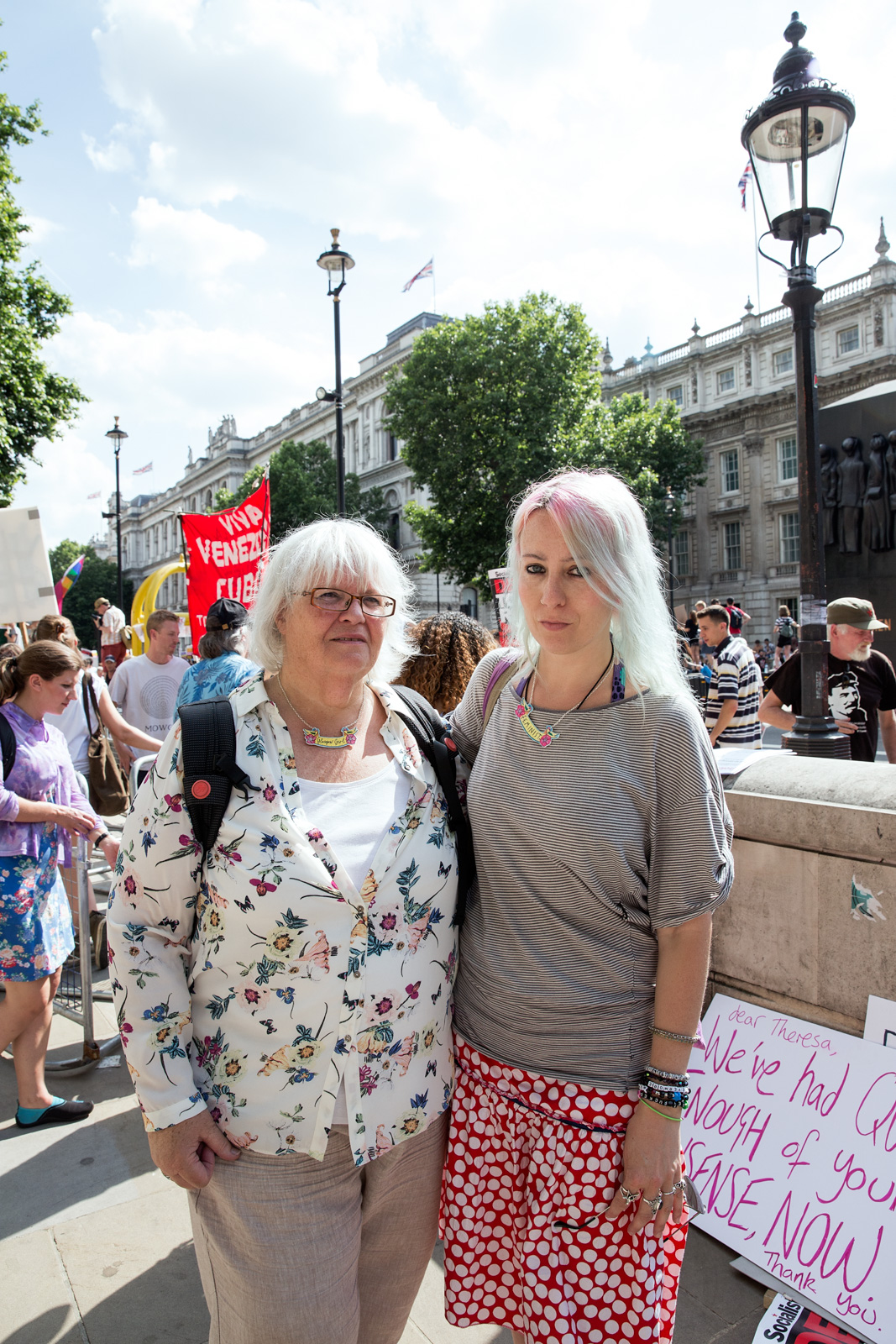 Paul, 41: “In the party, everyone calls her submarine, because when there’s trouble she always goes under.” 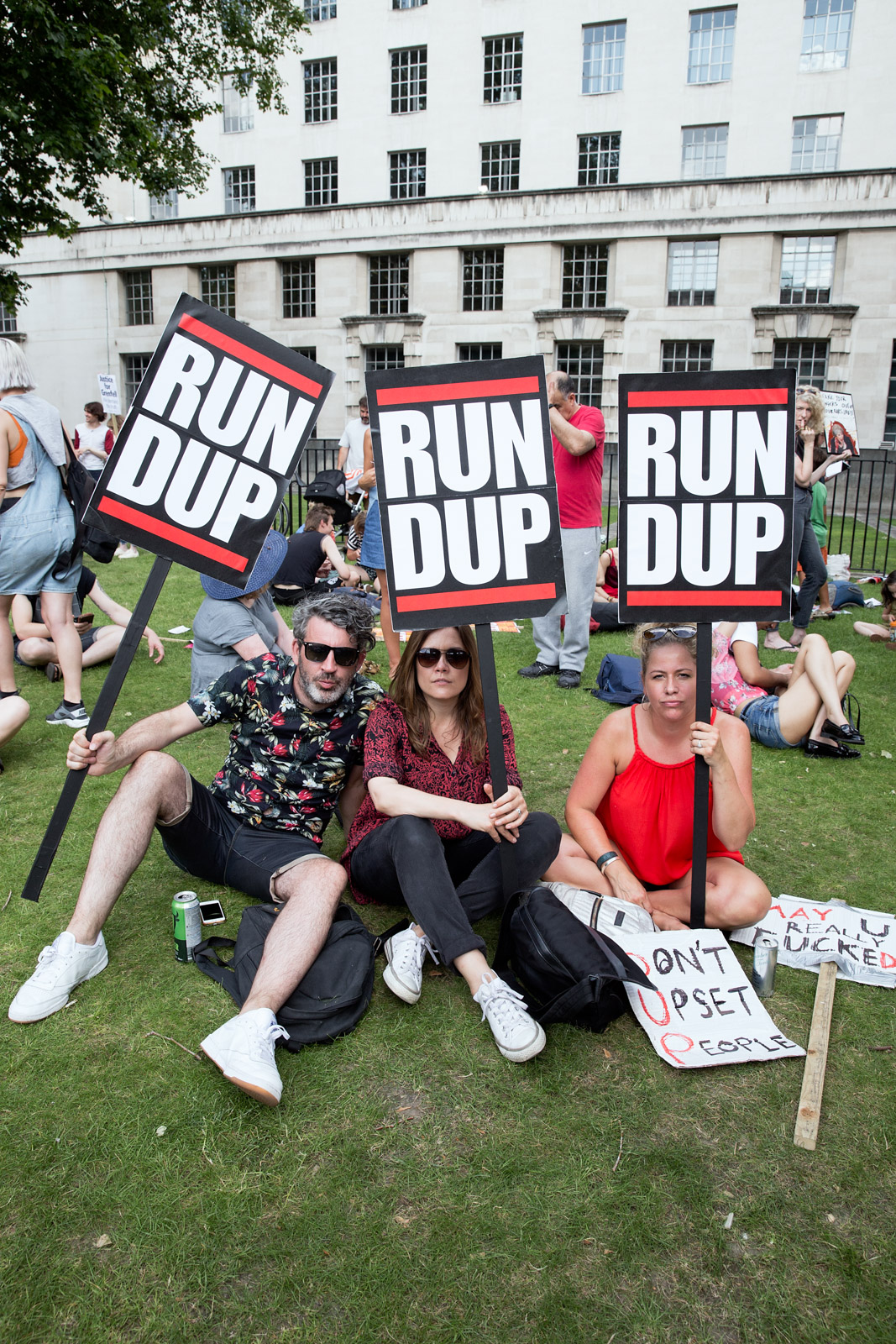 Jonn McClure, Reverend and the Makers, 35: “I had a baby 3 weeks ago, and I don’t want my son to grow up in a country that’s governed by people who are homophobic, misogynistic, who would deny the existence of climate change – and I lay the blame squarely at the door of Theresa May. Time to go.” 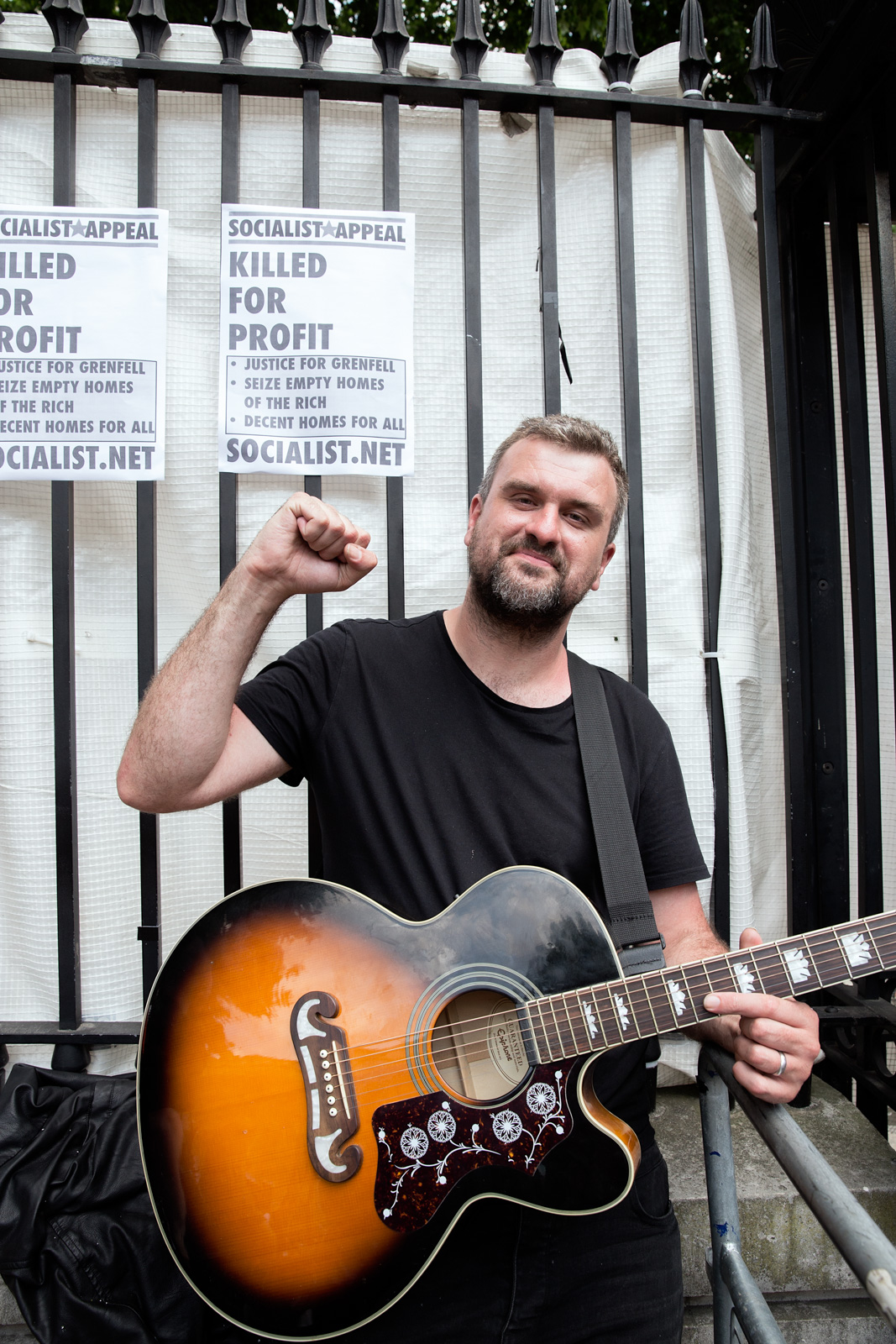 Sophie, 19: “Theresa May should not get into bed with the DUP because I’m from a place where they’ve held us in the past for the 30 years, and England and Great Britain doesn’t deserve to go back into an archaic age of no pro-choice and no marriage equality.” 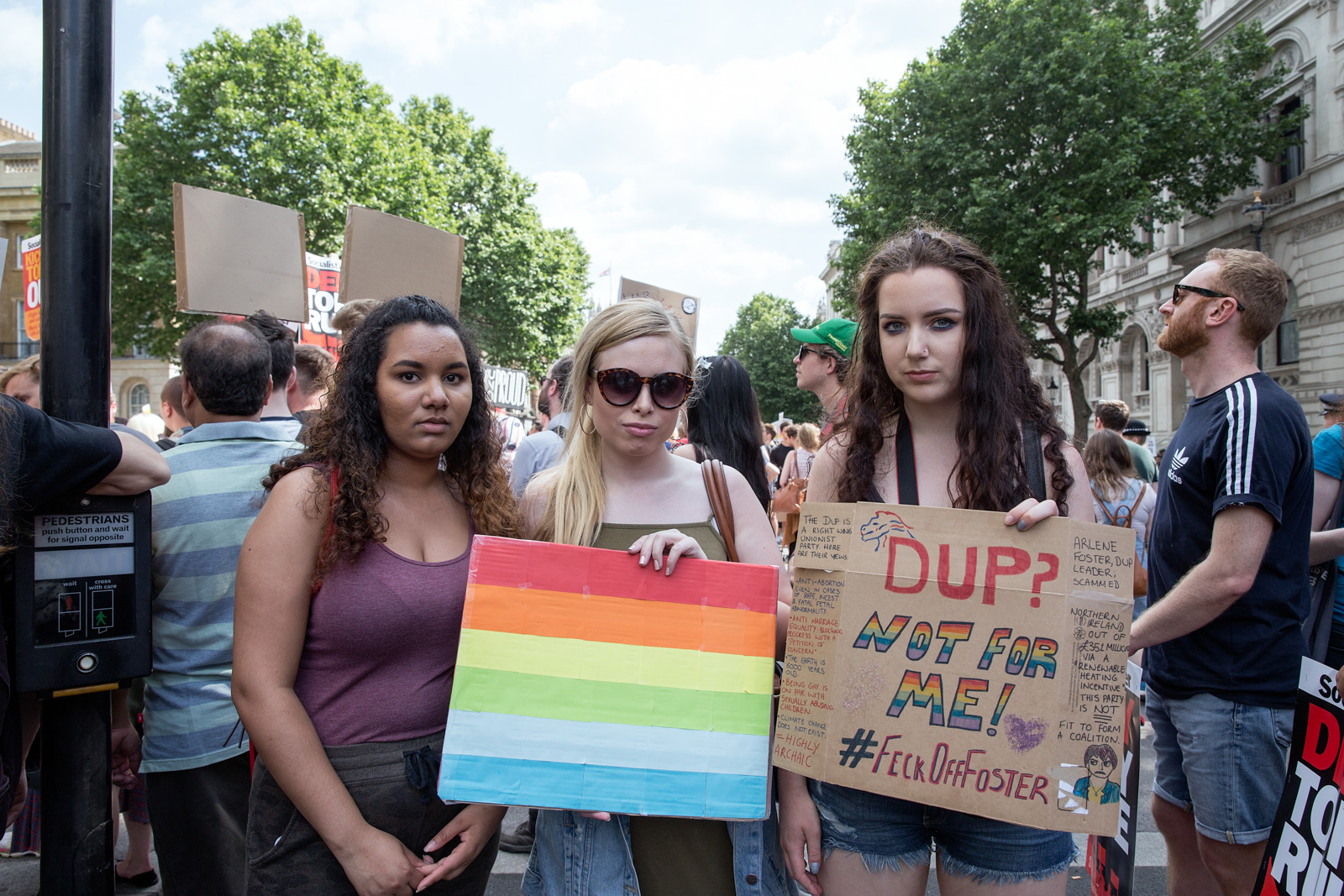 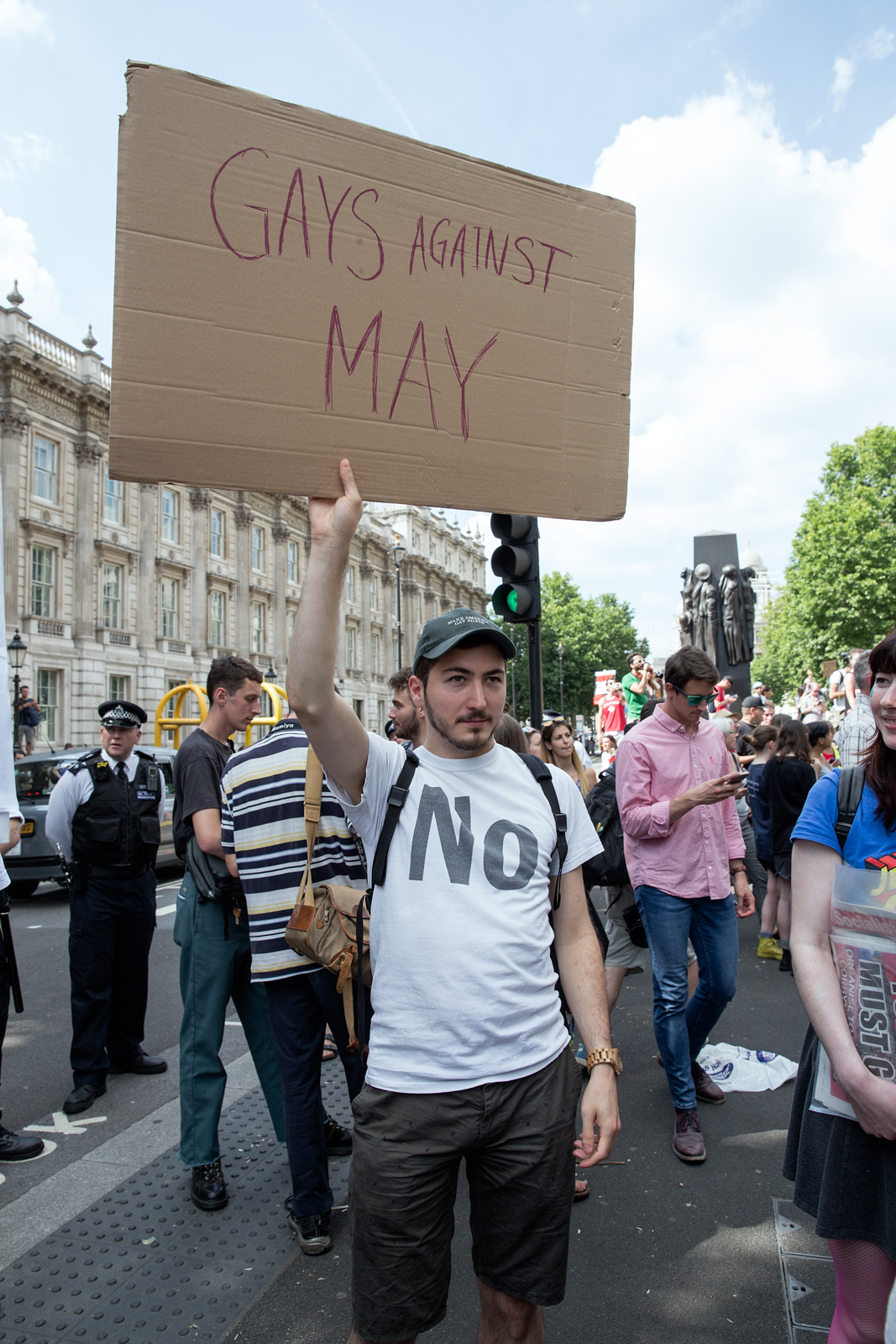 Linkedin
RELATED ARTICLES
OTHER ARTICLES
A 37-year-old woman shares how her abortion led her to become a clinic worker, and the abuse she’s received in that role.
By turning a real-life crisis into daytime television fodder, TV bosses have once again shown themselves to be completely out of touch with audiences.
Yesterday thousands gathered outside Buckingham Palace after news of the Queen’s death broke.
The workforce is now gearing up for industrial action after receiving a measly pay rise, reports Ella Glover.
A group of young Palestinians have found temporary freedom in the act of parkour, reimagining wreckage and ruins as a series of high-octane playgrounds.
Financial turmoil is pushing people who work in the sex industry into more dangerous and desperate situations as a means of survival.