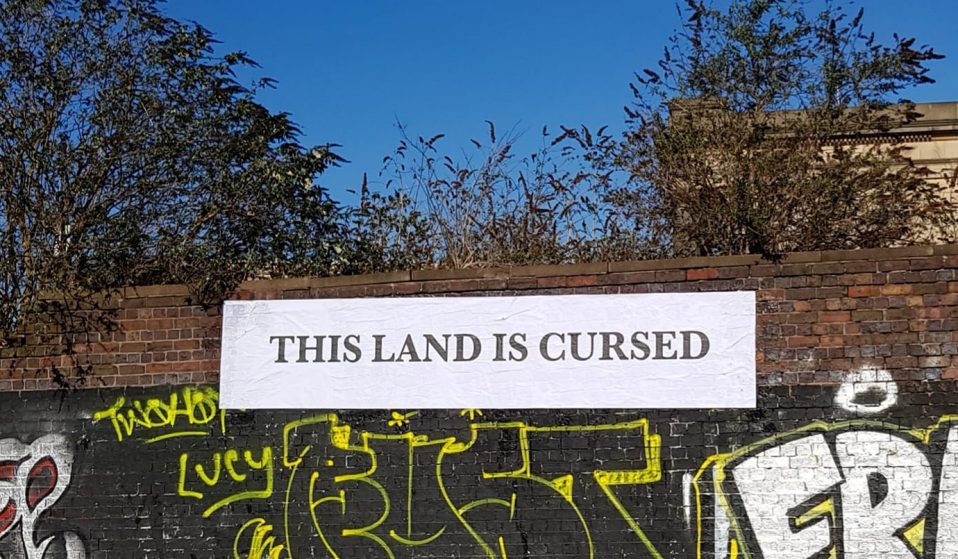 Digbeth, which lies just west of HS2’s Phase One development site, faces an existential threat in the face of rising rents, changing demographics and government cuts.

Digbeth, which lies just west of HS2’s Phase One development site, faces an existential threat in the face of rising rents, changing demographics and government cuts.

Despite a number of challengers, Birmingham is holding onto its reputation as the UK’s ‘second city’ with a vice-like grip.  Thanks to the prospective arrival of the HS2 – the high-speed railway connection set to open in 2028 – corporate investment and build-to-rent schemes have been flooding the town centre.

But in Digbeth – a large post-industrial area of East Birmingham – there is a burgeoning independent arts scene that’s fighting to survive. A labyrinth of empty warehouses and railway arches, Digbeth serves as a veritable artist’s playground and has a healthy DIY club community – even after the sudden closure of the celebrated Rainbow Venues following a drug-related death in late 2017.

The area’s future is uncertain, and a point of anxiety for its inhabitants. With Curzon Street Station being developed nearby in order to facilitate HS2, in coordination with the ‘redevelopment’ of the area by private developers, artists are struggling to find a place.

To Gavin Wade, director of the Digbeth’s Eastside Projects gallery, this sense of precarity is what the city council wants.

“They want people to do up bits of the city that the council doesn’t have the budget to do themselves,” he says. “The government isn’t providing, all of the cuts have meant that they can’t do it. What that means is that bits of the city are being developed by a very small, elite group of people who are making decisions based on increasing the value of their property and their land… I think it’s all the intentional, knock-on effect of conservative policy.” 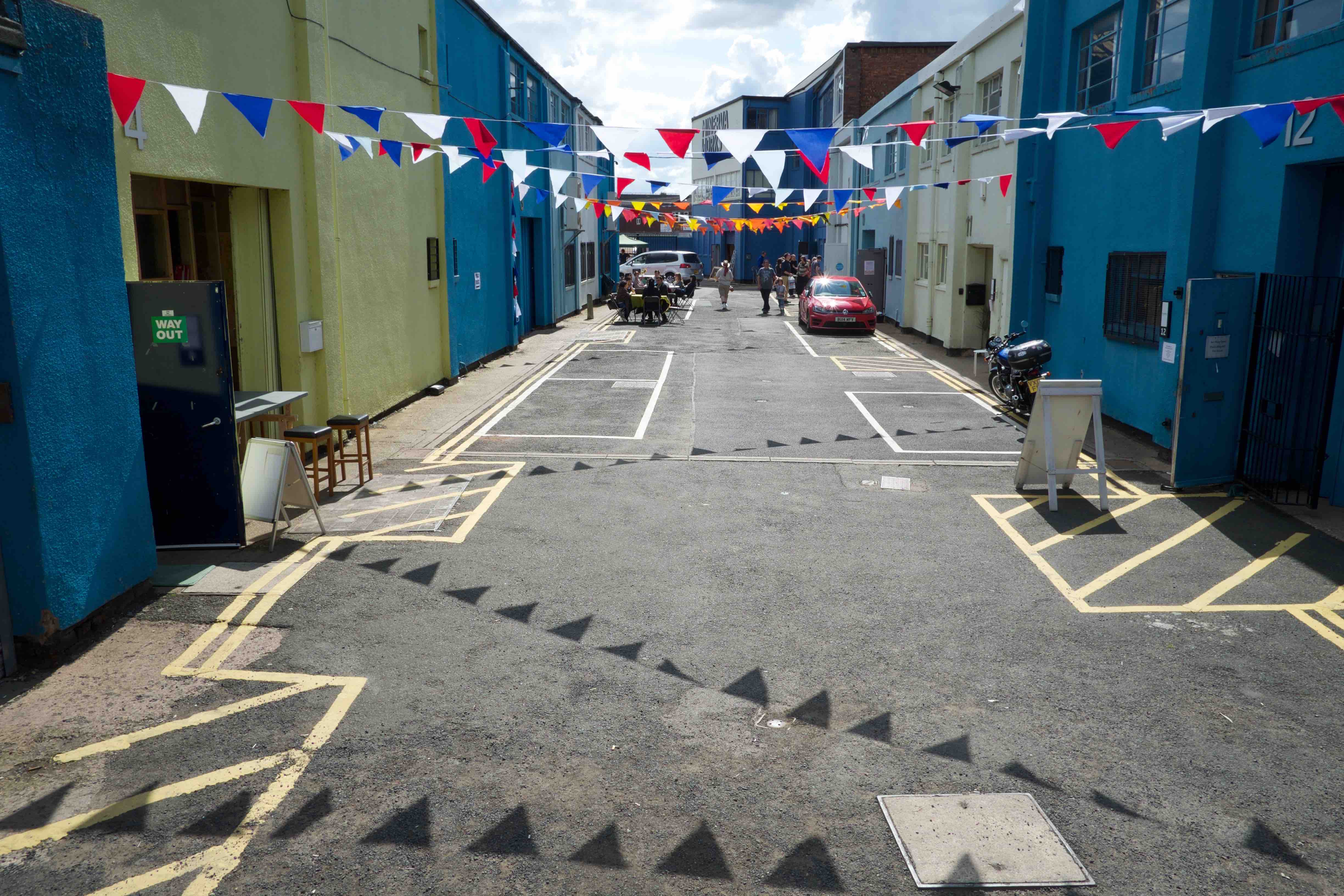 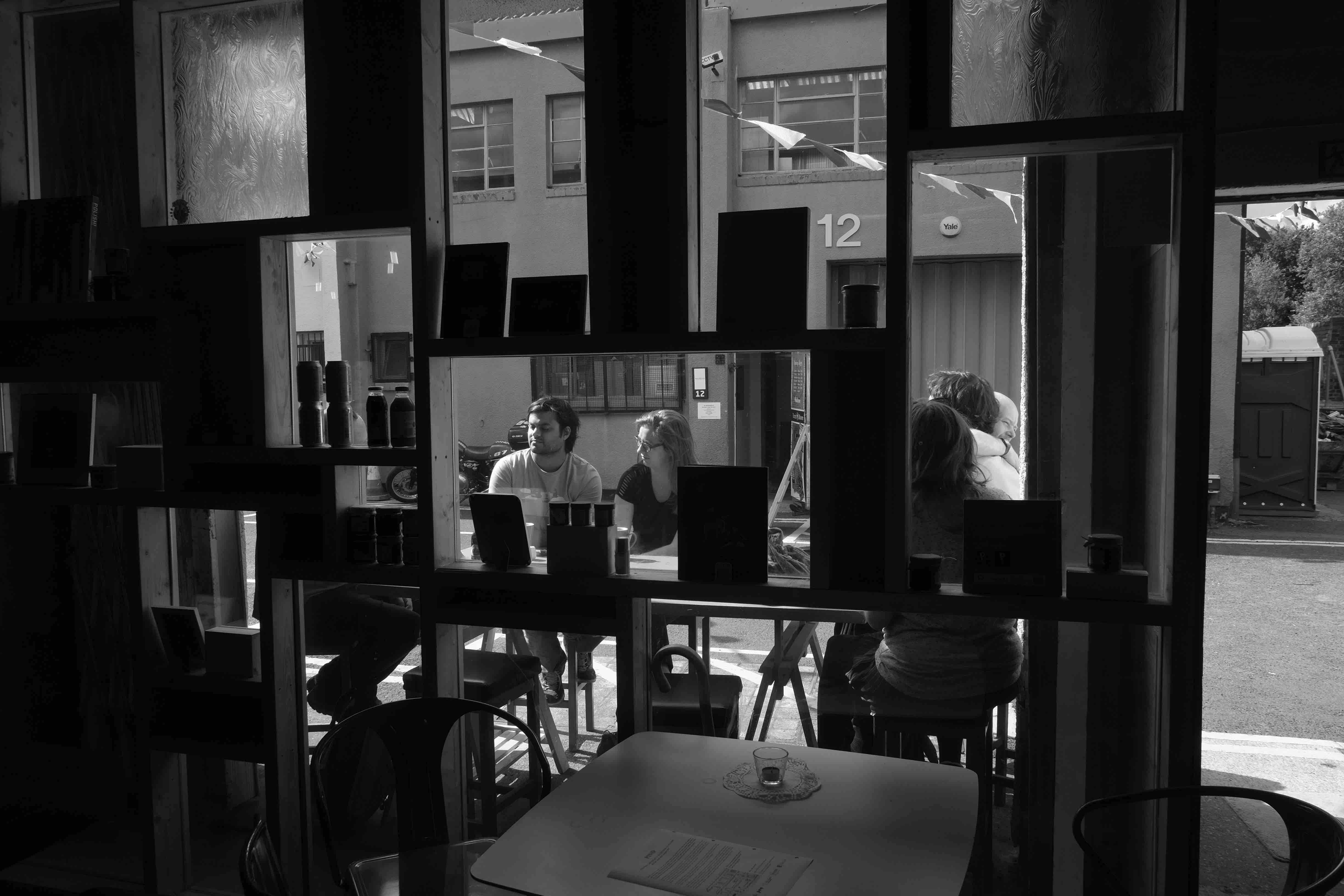 The seeds of the present crisis were sown in the late ’90s when private developers purchased much of Digbeth from the city. And while the tide of development was briefly halted by the global crash of 2008, it’s now beginning to pick up speed again.

One gallery that has experienced the impact of gentrification’s blind adherence to profit motive first-hand is Centrala, an arts-funded Central and Eastern European art gallery and events space based in the Minerva Works complex. “Originally, we moved into Minerva Works when it was owned by the Canals and Rivers Trust, who supported slow development,” says co-director Richard Short. “Unfortunately, it was sold to a government land development agency who aren’t so supportive, and whose remit is to build, so eventually we will be built on.”

Richard believes that local artists will soon be forced to disperse into the urban hinterlands; such as King’s Heath, Moseley and Stirchley. With this would come the loss of a collaborative artist ecosystem, facilitated through established events with diverse audiences such as Digbeth First Friday, that has drawn positive attention to the potential of the area and the artists working there.

One artist with a lot of vitriol for the redevelopment of the area is satirical artist Foka Wolf, who recently tricked their way into internet fame with a fake Conservative campaign ad on the London Underground that promised to “cut all homeless people in half by 2025”.

When asked about the changes that HS2 promises to bring, Foka is scathing: “I think if it’s successful, Digbeth will be full of jumped-up little pricks in suits. That already happened with HSBC; the prick population has skyrocketed. And because Birmingham shitty council has fucked up the independent economy you will get a load of money c*nts from other places opening places up so most local people won’t benefit.” 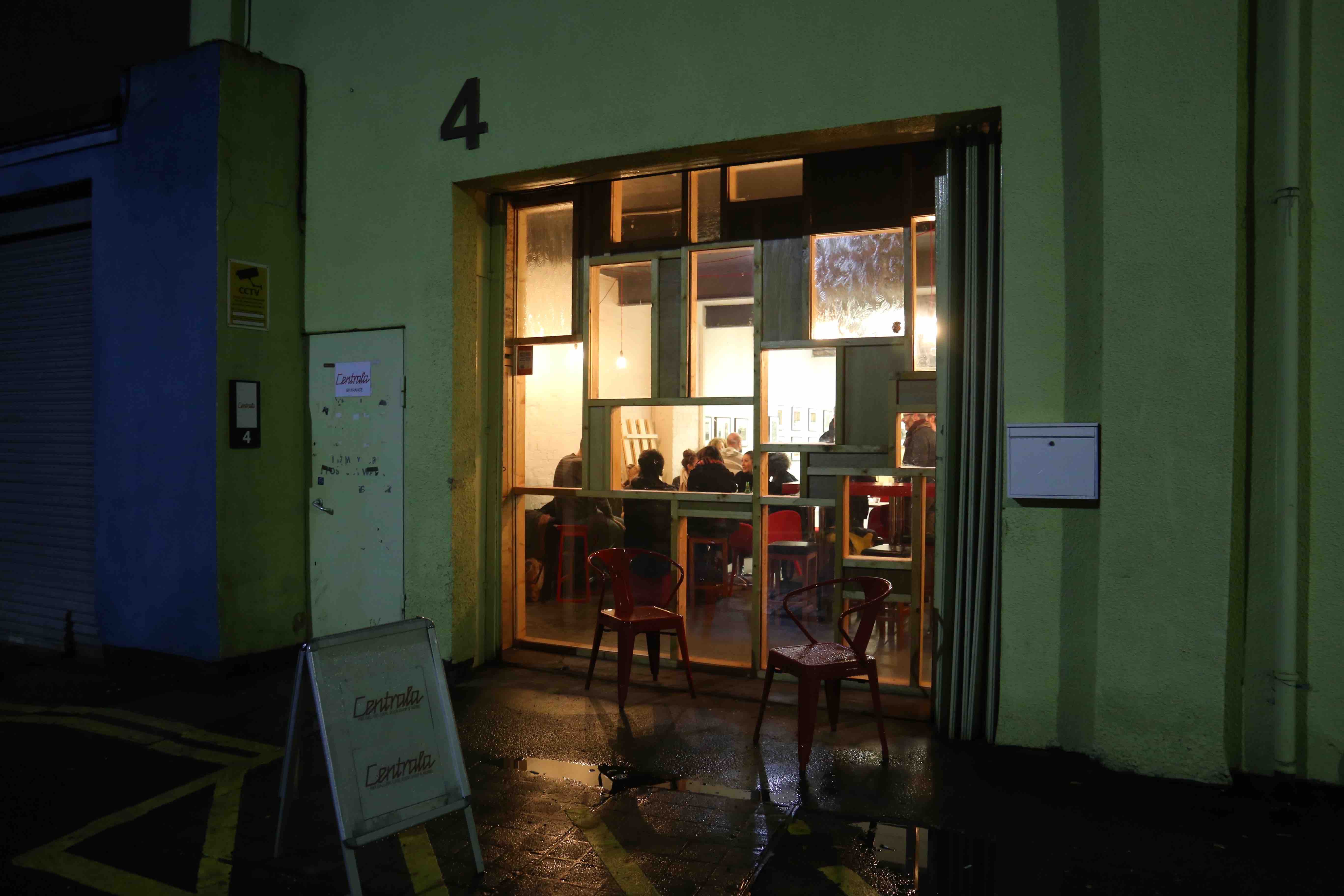 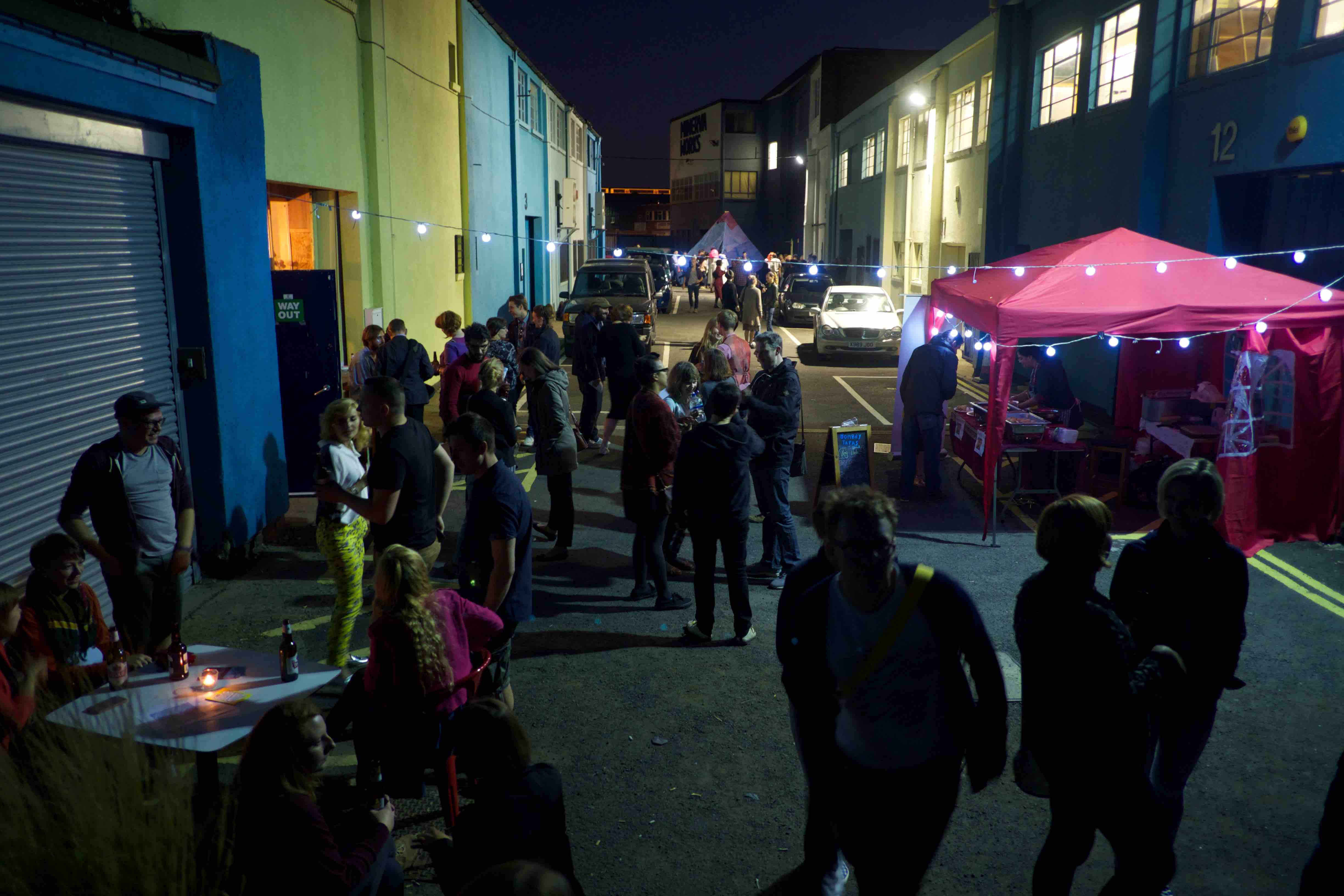 Unlike much of the other art projects in Digbeth, which seek to cast Birmingham as a global city in dialogue with the rest of the world, Foka’s art often takes a cynical perspective on its immediate locale. Inspired by the guerrilla ‘culture jamming’ tactics of anarcho-Marxists like The Situationists and Operation Mindfuck, Foka continues a tradition of anti-consumerist activism with fake posters advertising the likes of voodoo classes for children, and banners alerting people about social cleansing in the area.

“[The goal is to] make culture jamming fun and as popular as tagging, because imagine a city where you couldn’t tell the real from fake adverts?” Foka says. “It would completely ruin the advertising billboard industry.”

The need for arts investment in Digbeth – and for a plan that accounts for those living and creating in the area rather than massive, transnational corporate power – is essential. “There’s never been a usable and valid overall plan of Digbeth to accommodate arts and culture in the area as it changes,” says Richard.

Fo Gavin, sustainability is key to the continued presence of arts in Digbeth, and that sustainability comes with artist ownership of the buildings that they operate from. “All it needs is the Arts Council and the City Council to forward think and invest to save money in the long run,” he argues. “If we owned this building and no longer had to pay anything off, then all of a sudden we’ve got an asset.  We can use that to do more things for Birmingham.”

Foka also supports investment in Birmingham’s fledgeling arts network, but stresses that money should be focused on what is good for the communal health of the area. “We need more crazy people with the funds to make strange things happen and are motivated more by Surrealism than money,” he says.

“We need people that won’t sell out for tens of millions, and will instead stay put, and make weird shit happen.”

Linkedin
RELATED ARTICLES
OTHER ARTICLES
Thousands attended the annual event this year to wheelie through the city and call for ‘knives down, bikes up’.
In his 2008 series, the photographer pictured himself as Angela Davis, Martin Luther King Jr., Malcolm X, and other prominent figures.
A 37-year-old woman shares how her abortion led her to become a clinic worker, and the abuse she’s received in that role.
A new project is documenting formerly incarcerated people as they transition back into civilian life.
Following the announcement of an 80% hike in the energy price cap from 1st October, crowds gathered outside the offices of energy regulator Ofgem to protest and declare their intention to undertake a payment strike.
As the Scottish government announces a rent freeze, an activist with Living Rent who fought and won shares how they did it, and what must come next.