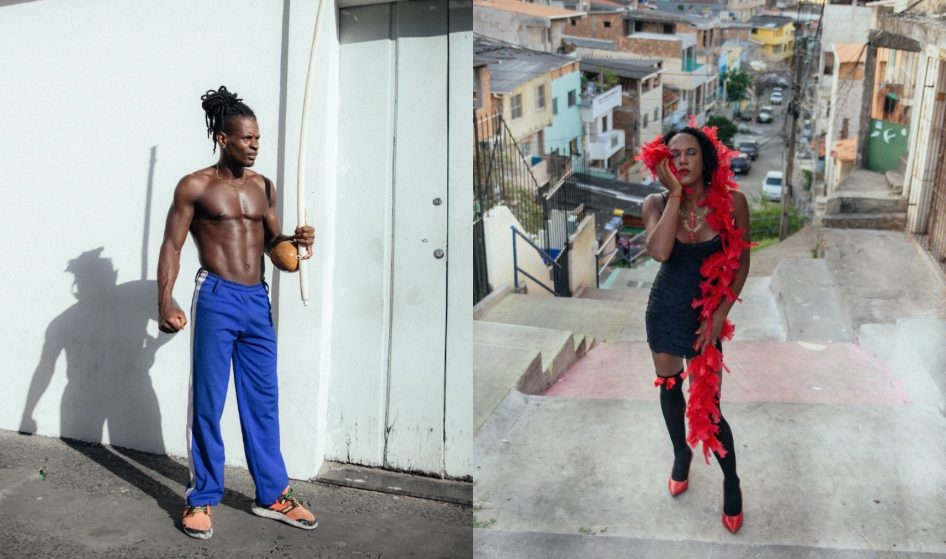 It's been four months since neofascist Jair Bolsonaro was sworn into office. Since then, he's loosened gun-ownership laws, proposed a draconian anti-crime bill, and advanced widerspread environmental deregulation, with more savagery yet to come. But what is the outlook from Salvador, the Brazilian city with the highest population of afro-descendants?

It's been four months since neofascist Jair Bolsonaro was sworn into office. Since then, he's loosened gun-ownership laws, proposed a draconian anti-crime bill, and advanced widerspread environmental deregulation, with more savagery yet to come. So what is the outlook from Salvador, the Brazilian city with the highest population of afro-descendants?

“They don’t do anything. I don’t think they’re even good for procreation anymore,” said Jair Bolsonaro, referring to quilombolas, the black descendants of rebel African slaves.

The racist garbage spewed by men in power these days is becoming increasingly common. But in a place like Brazil, where over 70 per cent of those killed are black or mixed race, this hateful rhetoric can only serve to fuel the bloodbath predicted by sociologist Jesse Souza in a Huck interview last year. The most recent victim is black musician Evaldo Rosa dos Santos, killed by an army officer who opened fire on his car while he and his family, including his seven-year-old son, were on their way to a baby shower in Rio. They filled his body with 80 bullets. Recycling collector Luciano Macedo, a passer-by who came to his rescue, was also shot at and later died in hospital.

In a bid to find out what black Brazilians make of it all, I headed to Salvador, the city with the largest population of afrodescendants outside of the African continent. Here’s what locals had to say.

“I didn’t vote for Bolsonaro – nor did anyone in my family. I’ve been selling coconuts on the streets for over 10 years. I’m not sure what’s going to happen now – my main focus is to keep myself alive.” 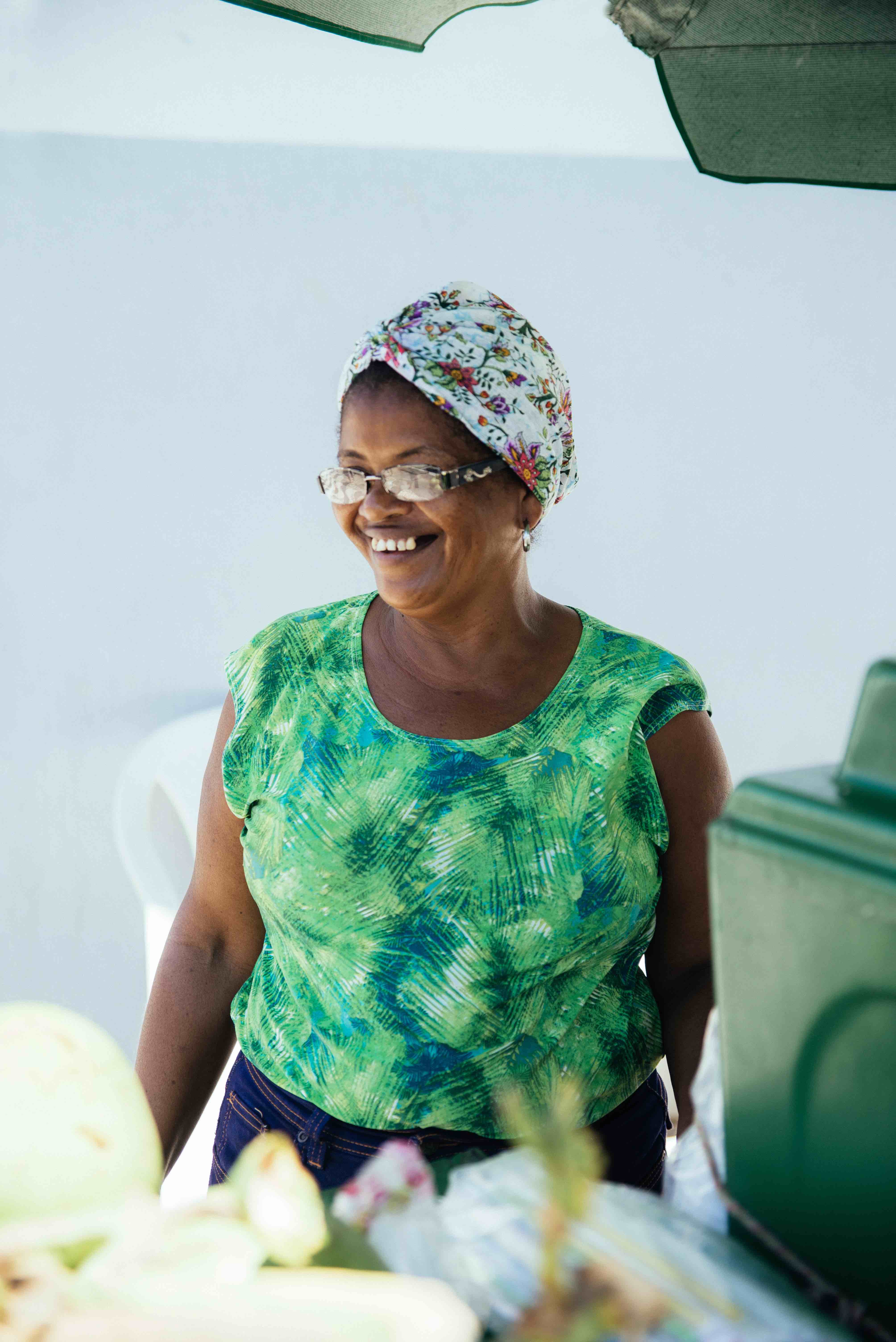 “I’m a professional Capoeirista. But right now I’m unemployed, so I do street shows to earn money from the tourists who pose next to me for a picture. I didn’t vote for Bolsonaro, but the change has to come from the population. We can’t expect anything from the government. We’re the only ones who can actually change things.” 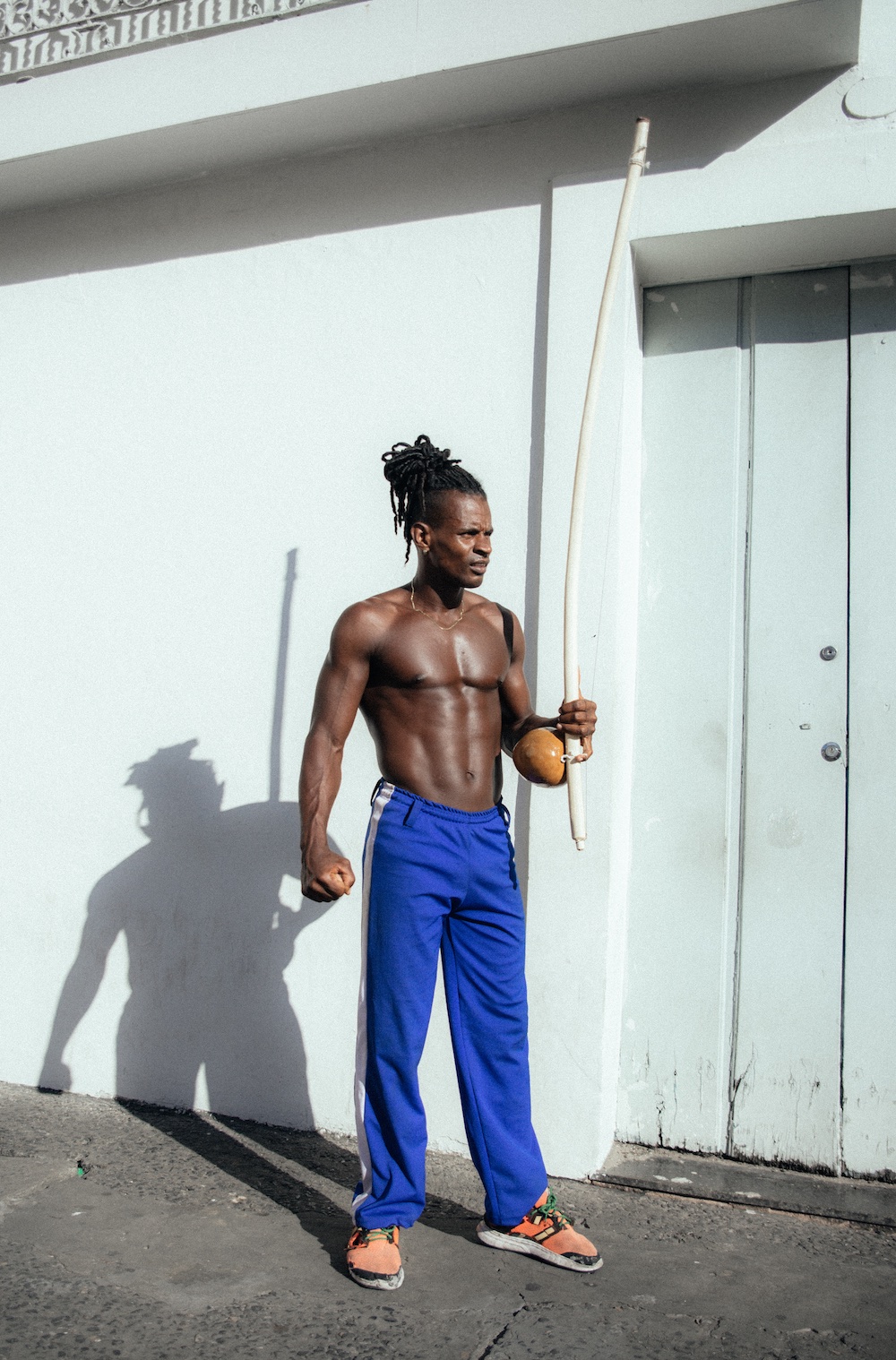 “We voted for Bolsonaro and we believe in his government. We want to live in a safer Salvador. We also want more financial independence.” 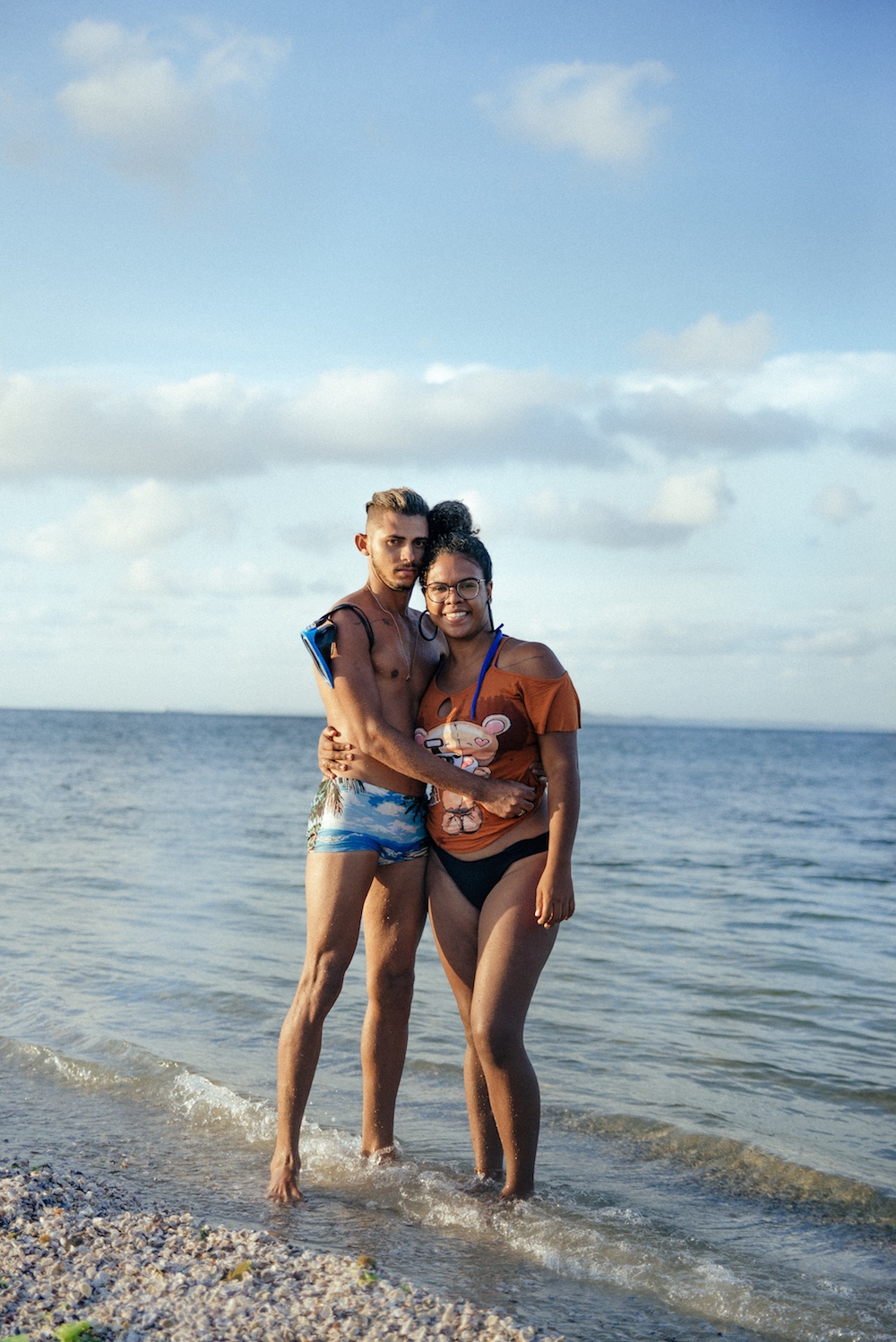 “I want to run for office here in Salvador as Roberto Hashtag. I think it’s a strong name. People need to have more options, and I believe I can change a lot of things here. I’m a member of Bolsonaro’s PSL party, so yes, I voted for him as I didn’t see any other interesting options. This notion that Bolsonaro is racist was created by the opposition; I’ve never seen him act in a racist manner. The fight is for the human race; it’s not a question of race.” 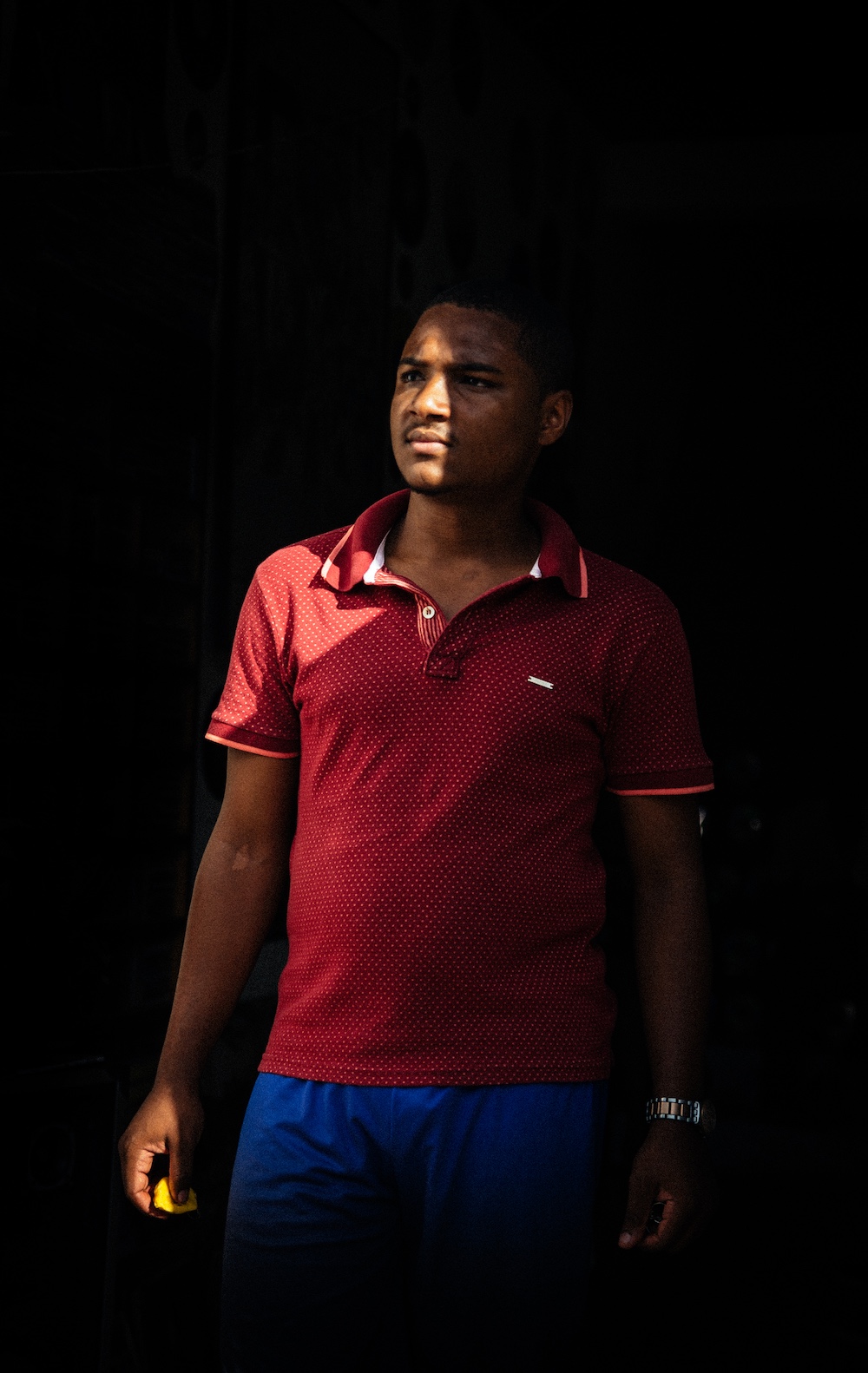 “Yes, I voted for Bolsonaro, and people are often surprised when I say that. I don’t agree with some of his reforms, but we couldn’t have the Worker’s Party in power again. Brazil was in a chaotic situation. We needed change, that’s why I voted for him. Either way, I’d like to see more black people represented in the media.” 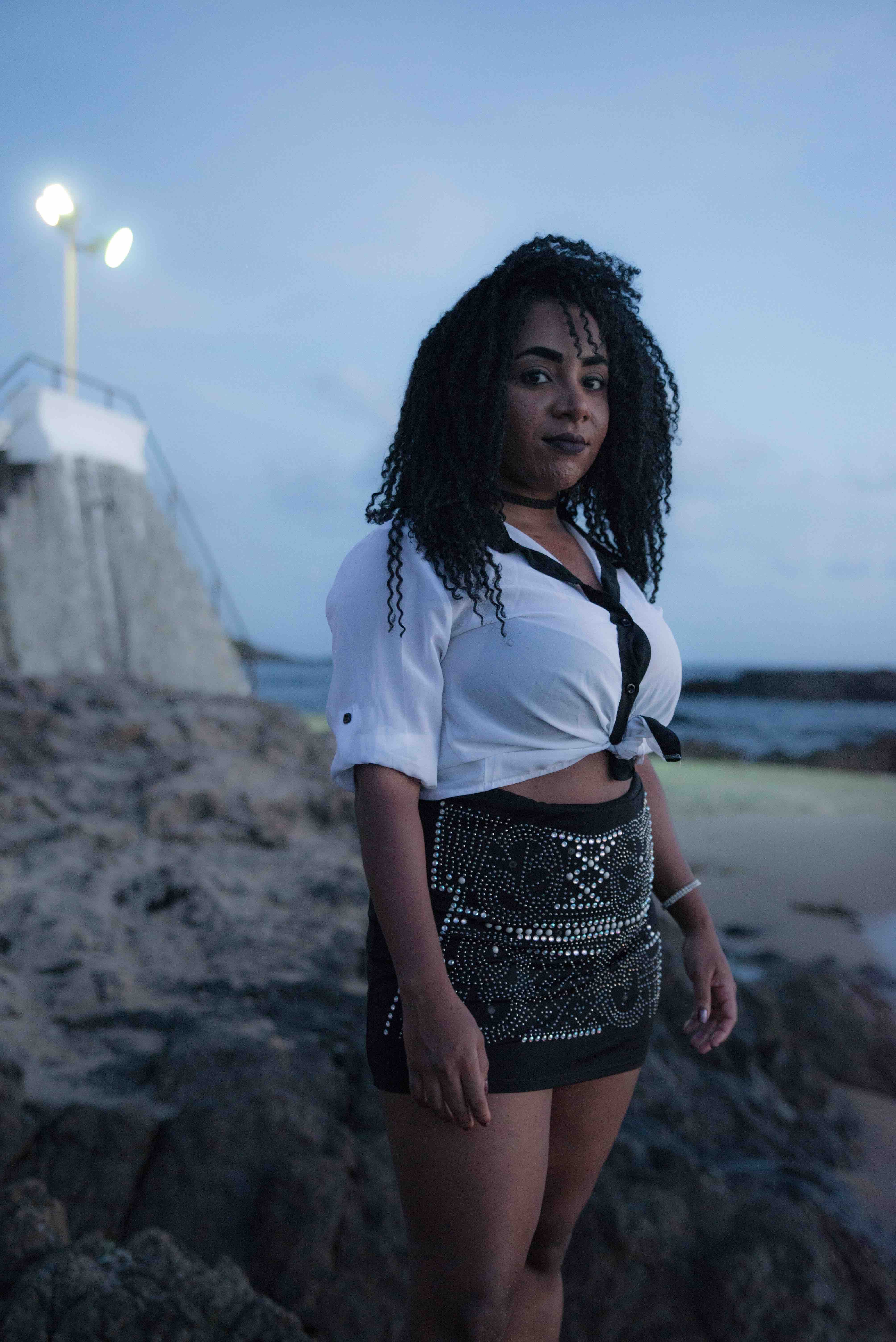 “I’m the first transsexual woman to occupy a government position in the state of Bahia. Specifically here in my community, the LGBTQ population has a lot of respect. We fought hard for this; it shows that our resistance is powerful, and that we can change a lot by uniting our voices. I have lost many transsexual friends here in Salvador. They’ve been cowardly murdered by a homophobic society. We have yet to feel the direct impact from the current Bolsonaro government – but our resistance is here to stay.” 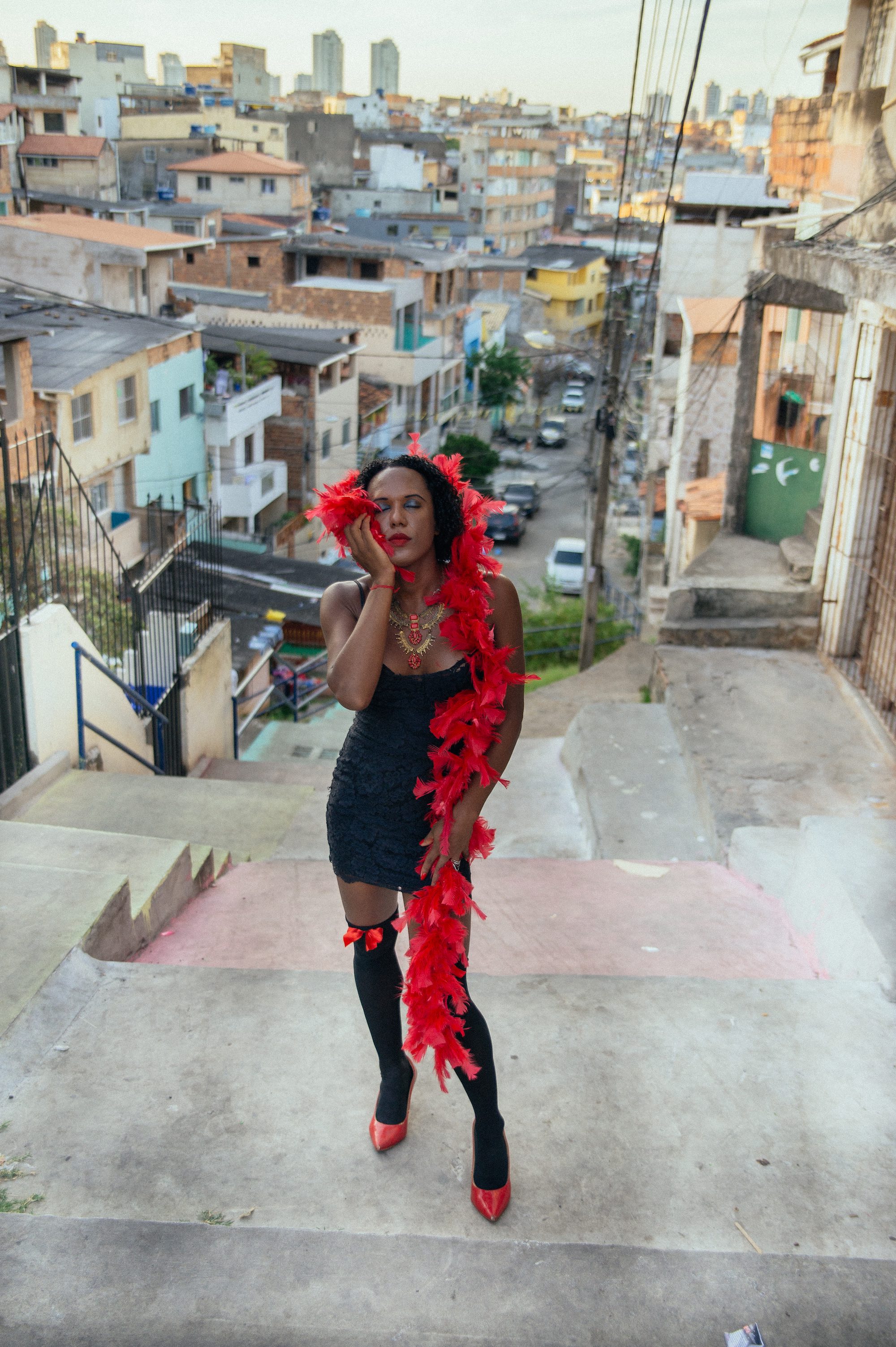 “You know, I’m very lucky to be at university thanks to the left-wing policies that the Worker’s Party passed during their term in office. I still hope to raise the awareness of people here in Salvador. As a black woman, I definitely feel more threatened than before. Our resistance now has to be stronger than ever.” 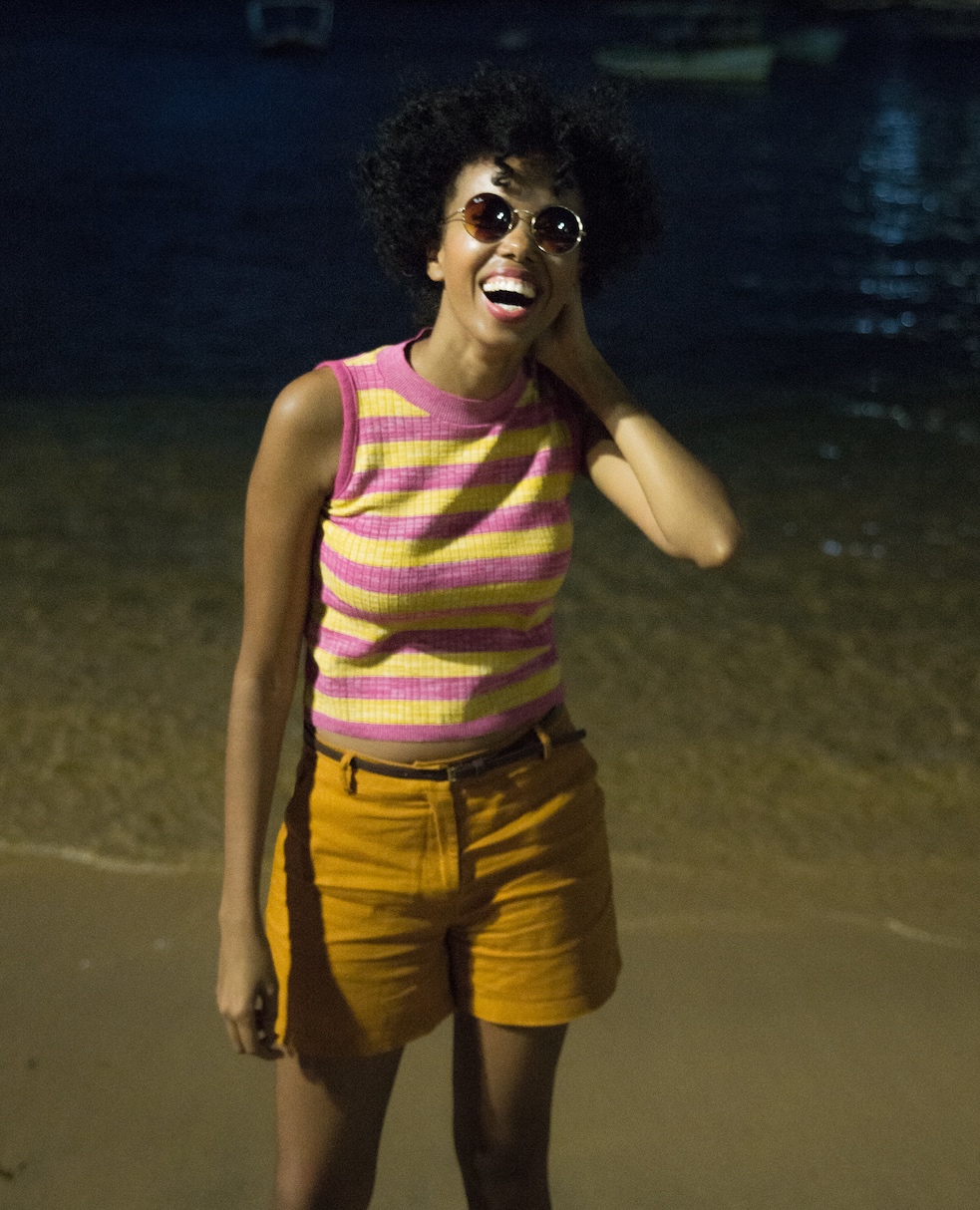 “The ‘black meat’ is the cheapest meat in the market. Given the quiet yet ongoing genocide of the black population, our meat, as black lesbians, is going to be even cheaper. As the black population was never given an active voice in society, when we do speak out we’re immediately seen as extremists. Racism in Brazil is intrinsic; it’s built into the culture.” 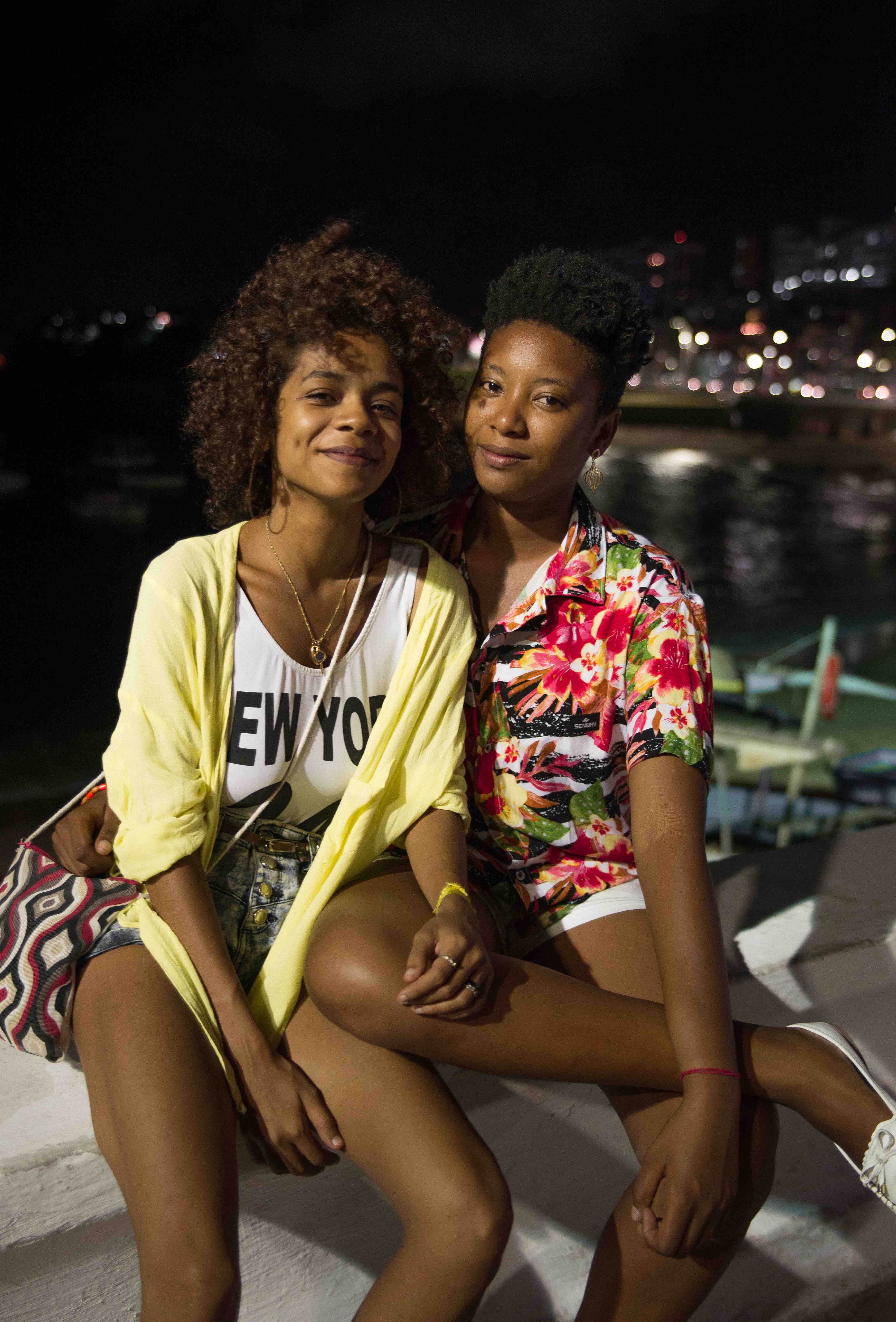 “I’ve always been a Baiana do Acarajé. I fight for this tradition on a daily basis as it’s also a form of resistance. We keep the tradition alive despite black culture being in a state of neglect. More than ever, we need people of a lighter black skin to start identifying as black. It’s also about strength in numbers.” 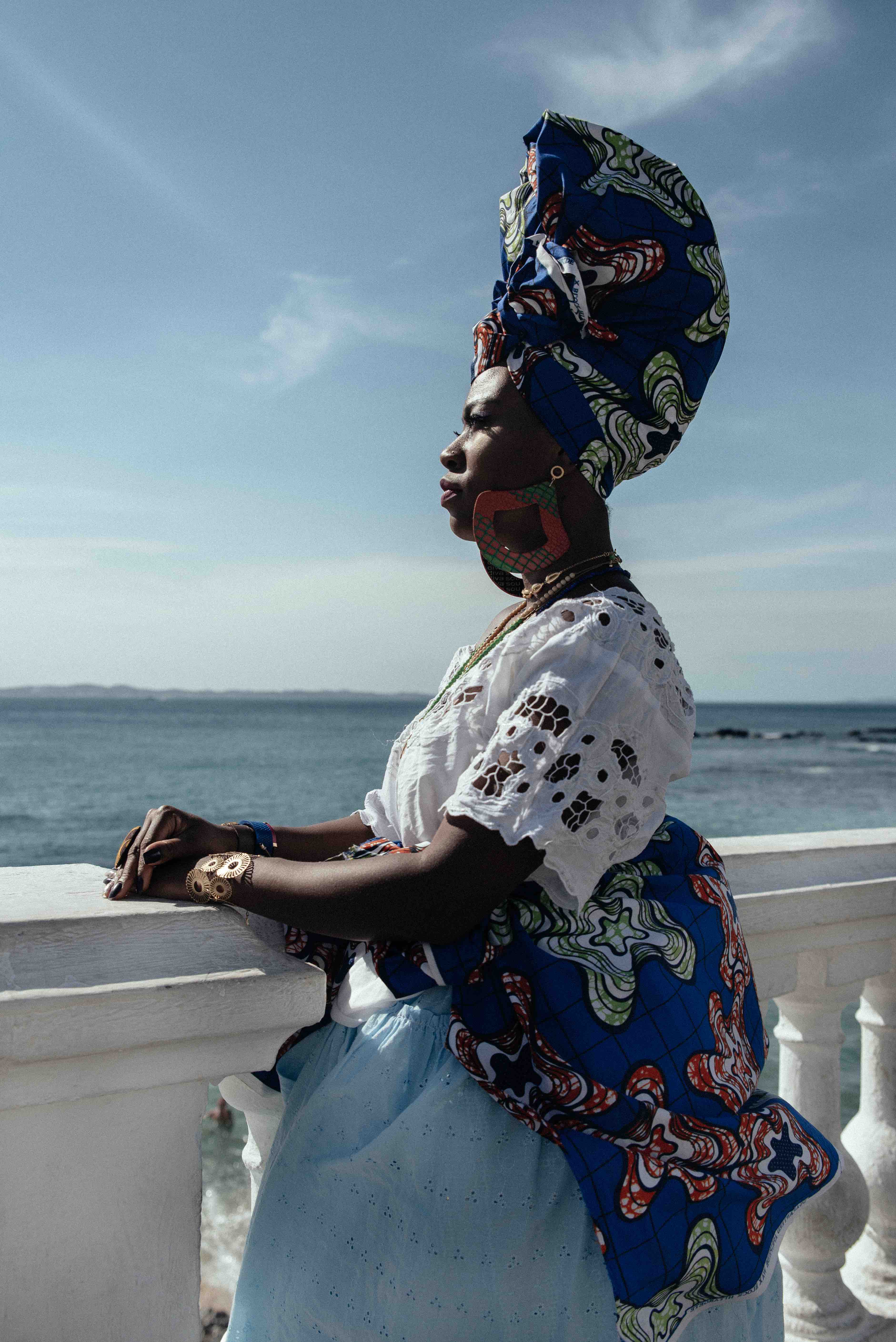 Linkedin
RELATED ARTICLES
OTHER ARTICLES
After building his reputation covering the US civil rights movement in the 1960s, the photographer went on to produce some of the most enduring images of the past century.
David 'Dee' Delgado’s photo project is about honouring and uplifting the city of his youth, and a world rapidly disappearing under the relentless onslaught of gentrification.
Photographer Becky Tyrell went down to the fading banger and stock raceway to meet a community desperate to keep it alive.
At his West Bank restaurant, Fadi Kattan established himself as the voice of modern Palestinian cuisine. Now, he’s bringing his innovative, bold flavours to the UK’s capital.
As she gears up for the release of her first book, the 24-year-old climate activist talks standing up to authority and building a more inclusive movement.
After fleeing the war in Ukraine, people are finding it impossible to secure affordable and decent housing in the UK.