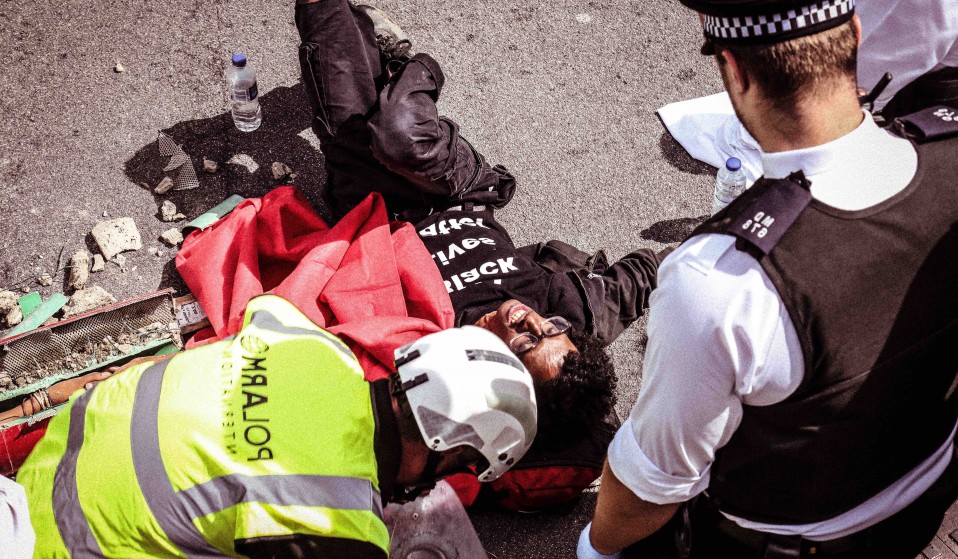 London Heathrow Airport was brought to a standstill this morning, as black lives matter activists blockaded roads by locking themselves together, in London and cities across the UK. Black Lives Matter might sound to you like an American movement, but the we're in a state of crisis in Britain too.

London Heathrow Airport was brought to a standstill this morning, as black lives matter activists blockaded roads by locking themselves together, in London and cities across the UK. Black Lives Matter might sound to you like an American movement, but the we're in a state of crisis in Britain too.

Despite the fondness of having grown up far too close to Heathrow Airport, like most people I try to avoid it as much as possible. There are few things then that would make me travel there early in the morning with no promise of a holiday on the other end. The fight for Black lives here in the UK is one of them. 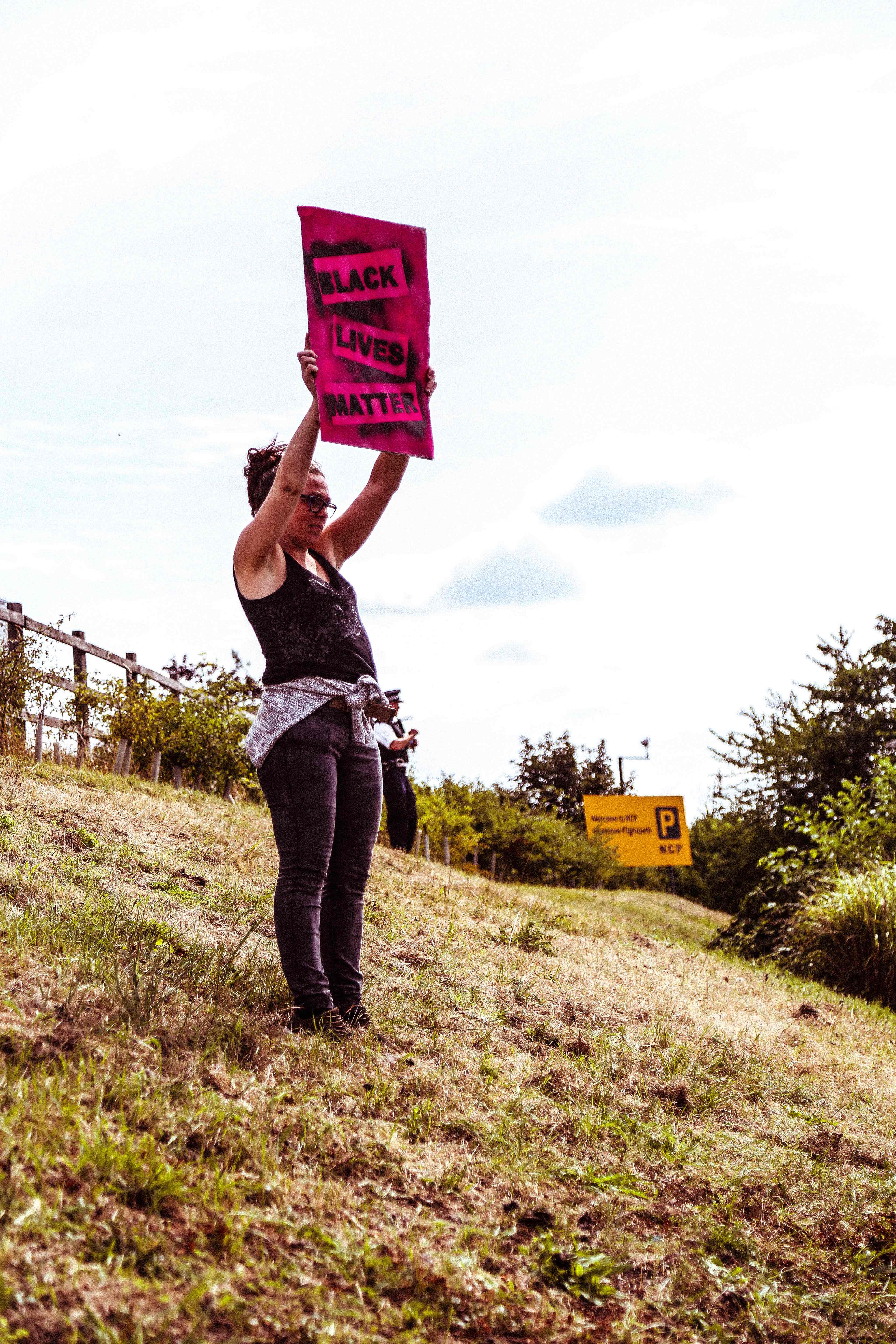 We have got use to hearing about Black Lives Matter or the Movement for Black Lives in the United States. Names such as Michael Brown, Sandra Bland and Eric Garner are now synonymous with the crisis of racist policing on the other side of the Atlantic. But whilst many would be critical, if not outright condemnatory, of the alarming rate at which American police seem to be killing Black people, our analogous problems get little such attention here in Britain.

That is why Black Lives Matter UK, a coalition of anti-racist groups who have campaigned around deaths in custody for years, called for a nationwide day of action under the slogan #Shutdown. We saw that for decades families have had to struggle long and hard to get justice for their loved ones killed in state custody and that largely these battles are unknown and unsupported.

In England and Wales 1563 people have died in police custody or following contact with the police since 1990. Not a single officer has been convicted in any of these cases. That is the equivalent of a death every six days. Black people are at least twice as likely to be killed by the police and their deaths accounted for the majority of the most brutal deaths labelled as ‘unlawful killings’ by inquest verdicts before the monumental Hillsborough decision that delivered 96 such verdicts earlier this year. 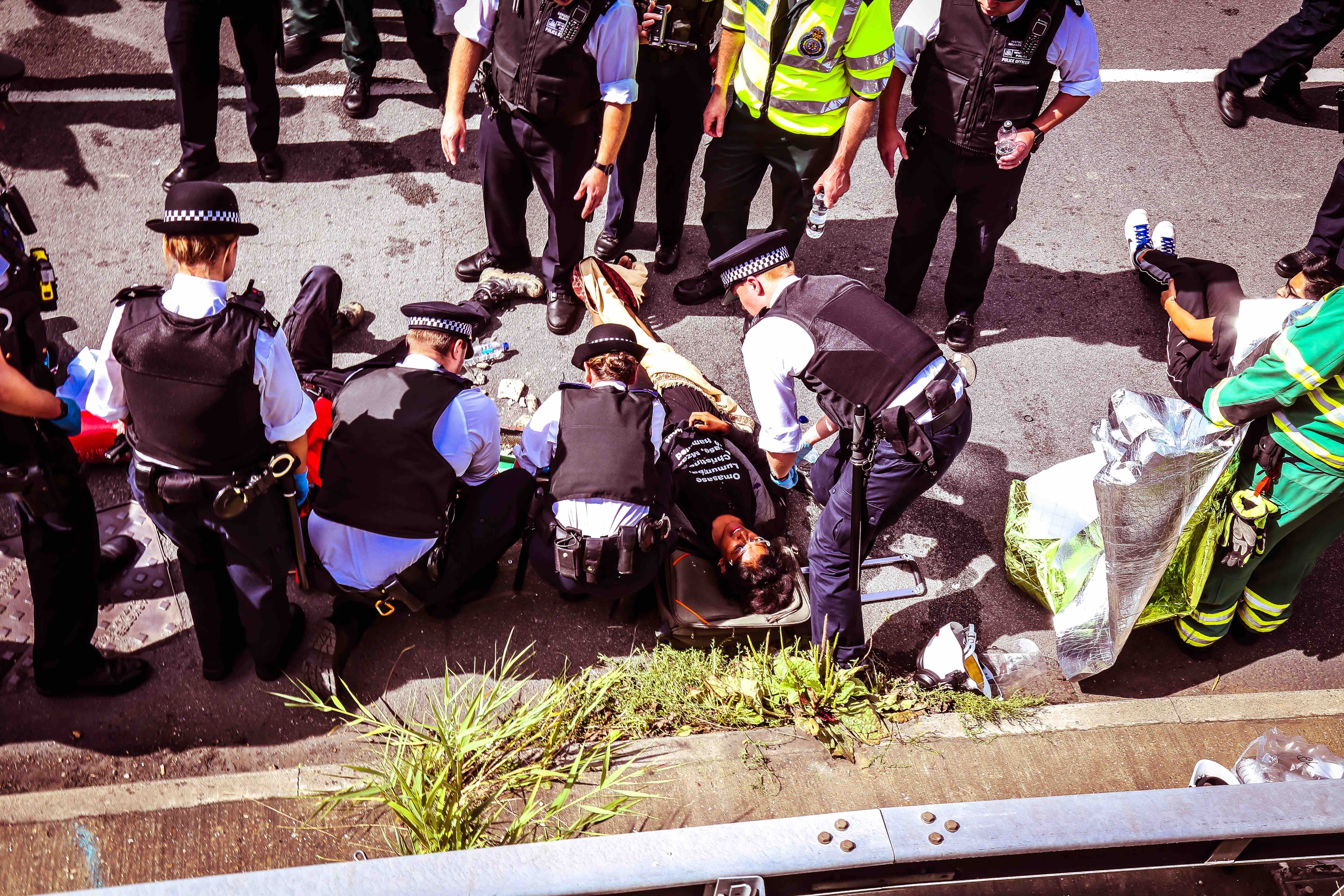 For us, this situation is a crisis. That is why we took the action we did in London, Birmingham, Nottingham and Manchester today. At Heathrow airport our team locked themselves together and blocked the M4’s access to the airport. The disruption amounted to a couple hours of delayed traffic and no doubt some people had their travel plans affected by the protest. It was clear that a number of motorists were aggravated, to say the least, though others abandoned their cars to snap pictures in intrigue. 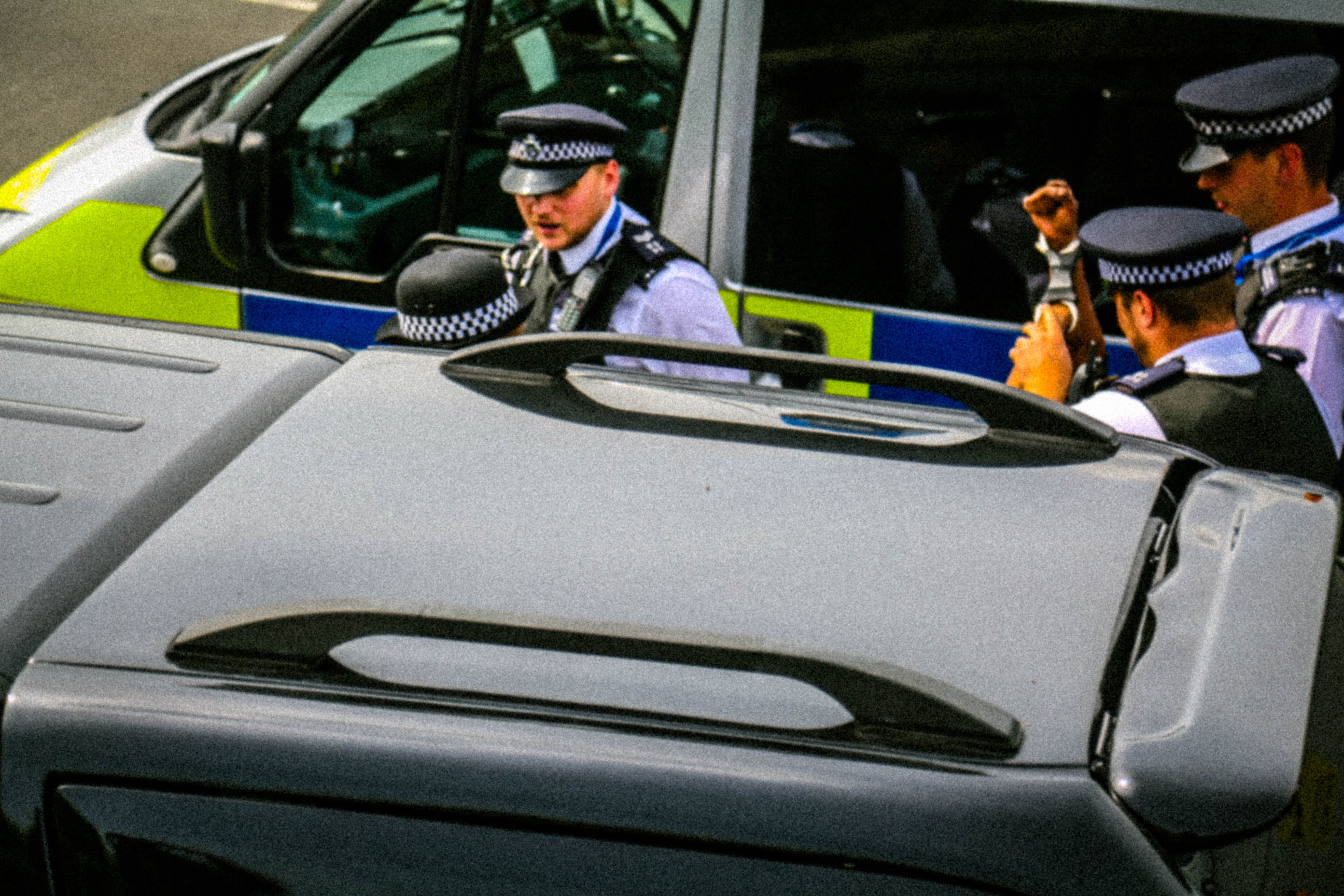 Stephanie Lightfoot-Bennet, co-chair of the United Families and Friends Campaign is still battling for her brother Leon Patterson. He died in Greater Manchester Police custody in 1992 and his body was so badly injured that his own twin sister didn’t recognise her brother when asked to do identify him. Until now she has no accountability and not even a semblance of justice. What do we say to her and the many other people who have lost a loved one in similar circumstances? Our action would not have had to delay people catching their flights if we had not ignored this sort of injustice for so long. 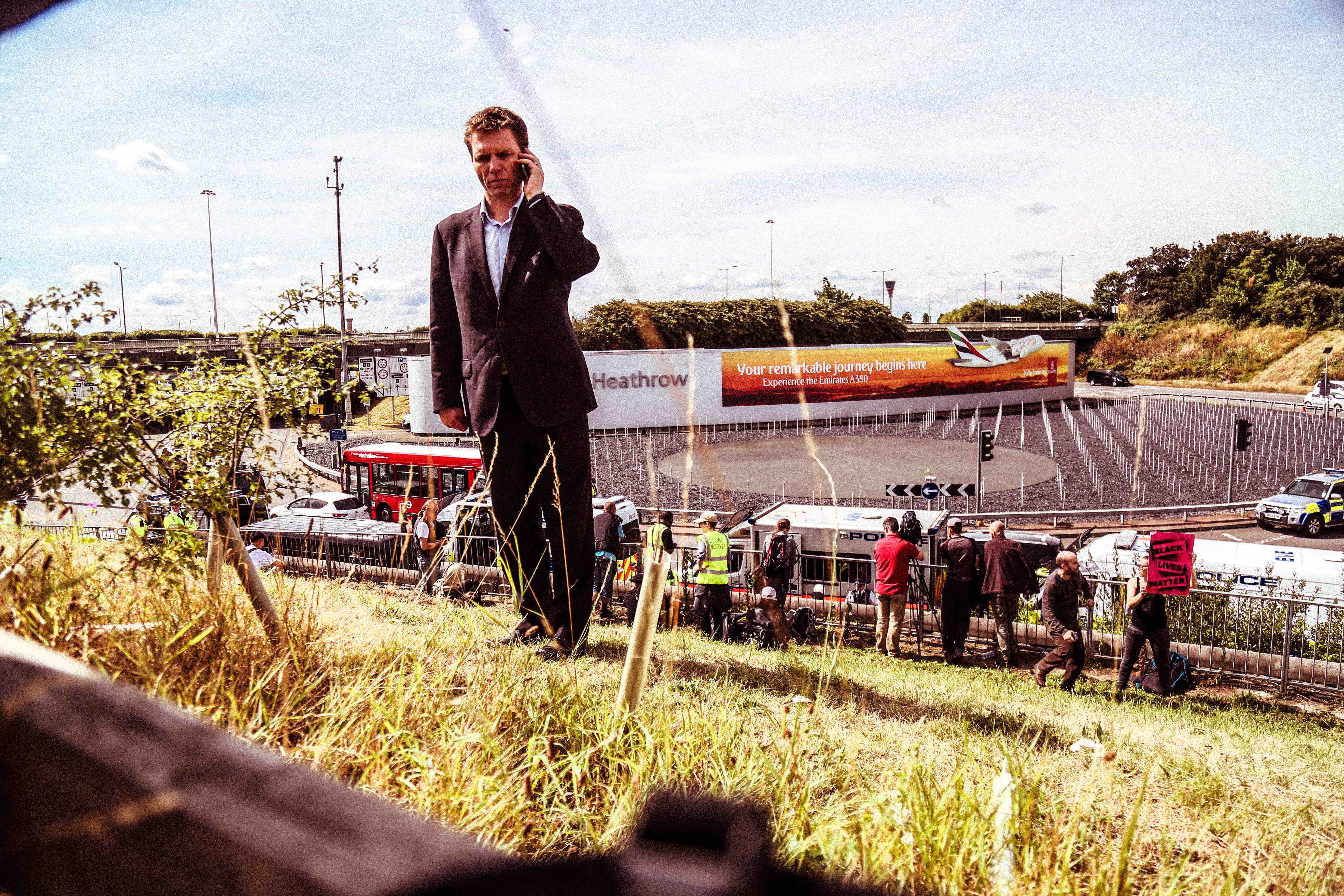 It is no accident that our protest took place close to both Colnbrook and Harmondsworth immigration removal centres. Black lives that are subject to the violence of Britain’s borders and their enforcement are what we are fighting for too. In 2010 Jimmy Mubenga died whilst being forcibly removed from this country by G4S guards. He died whilst on a British Airways flight leaving Heathrow. His name rung out in the chants of those locked together on the tarmac not far from where Jimmy died.

Our movement has not been ashamed to say that there are in fact similarities with what happens in the United States. Black lives internationally are under threat and time and time again we here similar narratives of police restraint gone wrong and mental health episodes met with deadly force. But Britain has it’s own legacy of state racism. We are yet to deal with the conditions of colonialism, so how could we possibly talk about their continuation into the modern day? 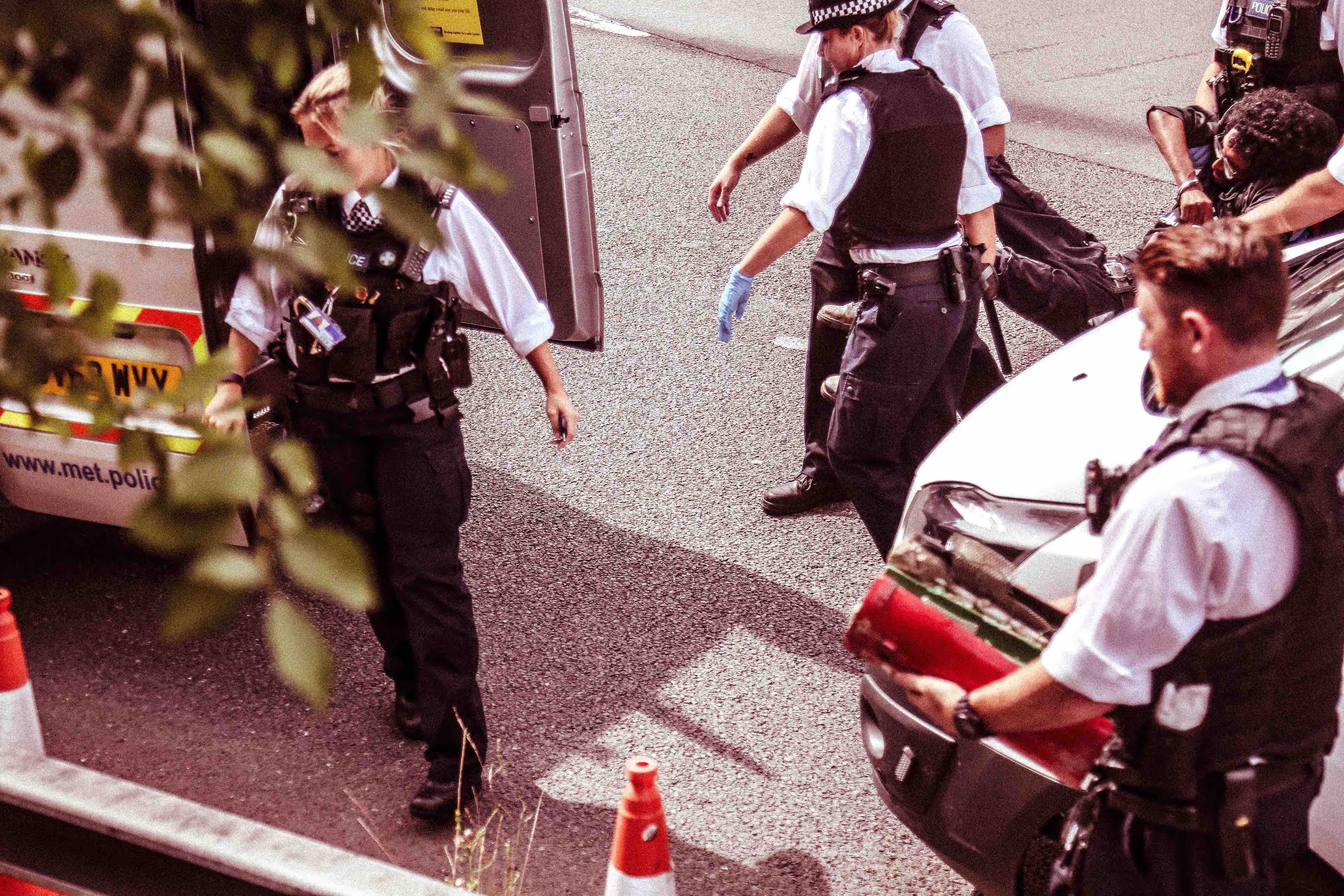 As Black people we are more likely to be homeless or living in inadequate housing, Black Caribbean students are over three times more likely to be permanently excluded from school and where we are employed 1 in 5 of our jobs are part-time and precarious positions. So when we say that Black Lives Matter we mean all of these inequalities. For our campaign there is a direct continuum between these aspects of our lives and the brutal deaths that we are subject to at the hands of law enforcement.

Black Lives Matter as a movement in the UK is just beginning. Whilst we build on the work of those in the US our own conversation needs to urgently begin here. Our goals are nothing short of justice for those killed and a future where Black lives are not full of grief. I know that the #Shutdown has got us closer to this.

Linkedin
RELATED ARTICLES
OTHER ARTICLES
Since 2007, Gideon Mendel has made 20 trips to document floods in 13 countries. The result is an alarming record of what has already been lost to the climate emergency.
Photographer Becky Tyrell went down to the fading banger and stock raceway to meet a community desperate to keep it alive.
As she gears up for the release of her first book, the 24-year-old climate activist talks standing up to authority and building a more inclusive movement.
Photographer Sean Maung reflects on documenting a small town in Pennsylvania afflicted by high levels of unemployment, poverty, violence, crime, and addiction.
The action took place in response to the 200 asylum-seeking children who were placed in hotels run by the Home Office who have gone missing.
At his West Bank restaurant, Fadi Kattan established himself as the voice of modern Palestinian cuisine. Now, he’s bringing his innovative, bold flavours to the UK’s capital.