News & Politics / Activism / What can be done about the black mental health crisis? 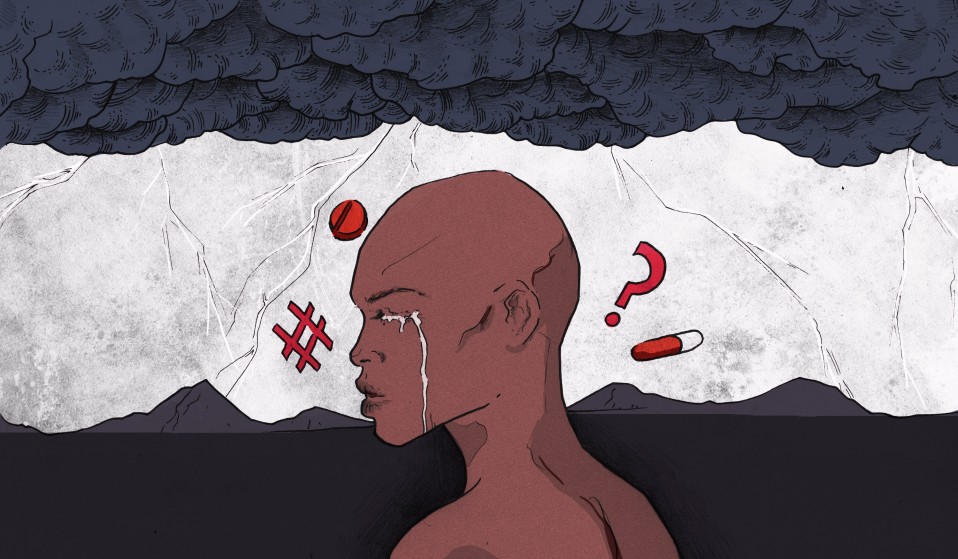 Suicides among black teens have risen 71% in the past decade, with anxiety and depression now most prevalent among black women. A new app – known as The Safe Place – wants to tackle these issues head-on.

Suicides among black teens have risen 71% in the past decade, with anxiety and depression now most prevalent among black women. A new app – known as The Safe Place – wants to tackle these issues head-on.

As study after study has shown, black people are bearing the brunt of a global mental health crisis. In practice, this means that patients are being left behind by a system that is, at best, ignorant of their needs and at worst, systemically racist. It isn’t just young people that are suffering either: older ethnic minority people face problems such as “hidden loneliness” – a feeling of heightened isolation caused by poverty and language barriers, which can lead to depression.

Given the severity of the crisis, there has never been a better time for The Safe Place to exist. The recently launched app is geared towards people of colour, and offers support and advice on mental health issues. It’s available to download on Android and iOS. While the app doesn’t aim to provide a diagnosis – that’s the job of licensed professionals – its resources include self-care tips, videos and statistics relating to black communities.

In recent years, there’s been an increased focus on mental health issues, which affect people from all backgrounds. However, different ethnic groups experience these issues in different ways and, according to the Mental Health Foundation, people from ethnic minority groups are more likely to be diagnosed with mental health problems. They are also more likely to disengage from mainstream mental health services, which can lead to social exclusion and a deterioration in their health.

The same is true in the US, where The Safe Place‘s creator, Jasmin Pierre, is based. A staunch mental health advocate, Pierre also owns the recovery-based service A Fight Worth Finishing and has authored a self-help book of the same name. This makes her well-placed to understand the issues at hand – and how to deal with them. “I created The Safe Place because mental illness has been very taboo in the black community for a long time,” Pierre explains. “It’s seen as an ultimate weakness.”

This perception of weakness means that some people are taking their own lives, “rather than talking about having a mental illness and bringing shame to the black family,” Pierre adds. “I felt something needed to be done about this. So I created The Safe Place on an app-building platform service called BuildFire to spread more awareness and knowledge to the black community on this very serious issue.”

Due to disengagement with mainstream services, people of colour have fewer opportunities to discuss issues ranging from stress to depression to bipolar disorder. Evidence from the Mental Health Association shows that in the US, black people living below the poverty line are three times more likely to report serious psychological distress than those who aren’t in poverty. In addition, suicides among black children under 18 have risen 71 per cent in the past decade, according to the Centers for Disease Control and Prevention.

Here in the UK, research shows that mental disorders such as anxiety and depression are most prevalent among black women, while black men are 10 times more likely to have experienced a psychotic disorder within the past year as white men. Although there are a range of treatments available for the most serious conditions, healthcare providers are much more likely to section these patients under the Mental Health Act than to explore less severe options. This point was underscored last Wednesday by Jacqui Dyer, the vice-chair of England’s Mental Health Taskforce, who told Channel 4 News that the UK needs to urgently change its approach to health support within the black community.

Rather than wait for governments to get their acts together, mental health advocates are increasingly looking for effective solutions outside of the mainstream. Accessibility is key, which is why a tech-based service such as The Safe Place can help reach people that feel abandoned and ignored.

The ease of being able to access clear information at the touch of a button empowers people of colour to educate themselves about the issues. One section of The Safe Place gathers together informative articles that discuss mental health from a black perspective, while another is dedicated to videos where people of colour share information on topics such as depression and suicide. Targeting people through sources that they trust is an effective way to engage them. In this respect and others, The Safe Place is likely to succeed where traditional health providers have failed.

Ultimately, we should all be striving for a society where there is no stigma attached to mental illness. There’s a long way to go but with targeted, innovative solutions such as The Safe Place, we may reach that point much sooner than we think.

Linkedin
RELATED ARTICLES
OTHER ARTICLES
In her new book, the author explores the country’s housing crisis in human terms and calls for radical action to address a broken system.
Photographer Matthew Brookes recalls following a group of young people in Venice Beach living in search of the perfect wave.
The past five years have seen a staggering increase in foodbank usage across the UK. Now, staff fear things are set to get much worse.
For decades, an area of East London has served as a community hub for Vietnamese people looking for a taste of home.
With inflation now at a 40-year-high of 9 per cent, demonstrations organised by TUC took place to demand action from the government.
Photographer Arthur Grace recalls travelling through the Soviet Bloc and finding ways to evade the surveillance of his work.