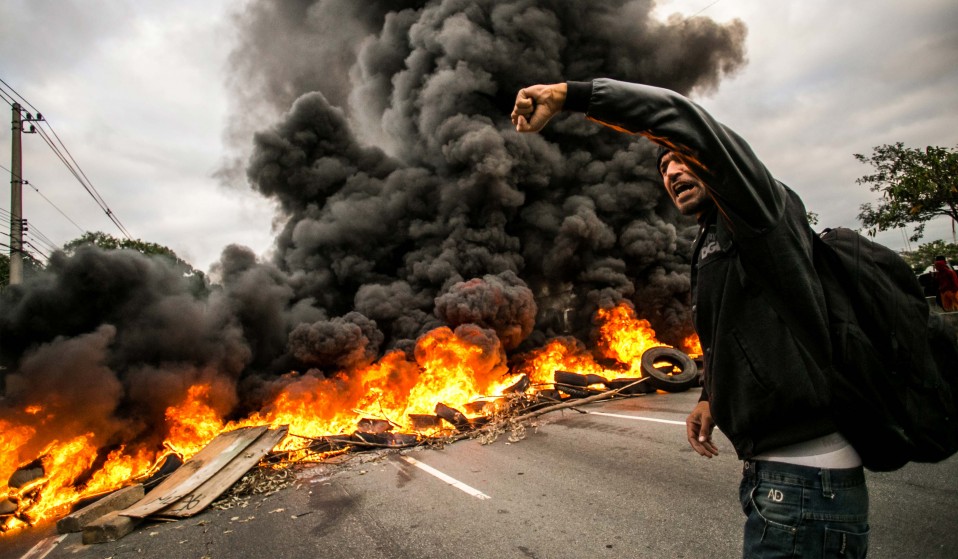 Brazil’s new right-wing government are counting on political fatigue to push through an unelectable neoliberal policy programme. But their attempts to neutralise civil society resistance by criminalising social movements is a recipe for social conflict.

Within hours of being sworn in, Brazil’s new right-wing government revealed its intention to criminalise resistance to its illegitimate seizure of power. In response to protests that erupted across Brazil, in which roads were blocked with burning tyres, incoming Minister of Justice Alexandre de Moraes declared: “From the moment that social movements such as MTST (Homeless Workers Movement), ABC or ZYH (made-up acronyms to poke fun at social movements) step beyond their right to demonstrate peacefully, by burning tyres and endangering people, these criminal attitudes will be addressed as crimes.”

Following months of political circus, Dilma Rousseff of the Worker’s Party (PT) was finally stripped of her presidency on Wednesday, after a flawed impeachment process driven by a corrupt lower house. The senate’s decision to take on the investigation triggered her replacement by an interim government, led by the right-wing vice-president Michel Temer.

“The opposition argues that the members of the lower house voted for impeachment, and for this reason it would be legal,” he continues. “But they don’t respect the 54 million voters who elected Dilma. As we live in a presidential system, Congress cannot dissolve government, as would be possible in a parliamentary system.”

Temer, the immensely disliked leader of the conservative PMDB party, has ushered in a new cabinet that is one of the most regressive in the country’s modern history. It’s corrupt, unelectable and neoliberal, and features an exclusive cast of old, white men – remarkable in such an incredibly diverse country. 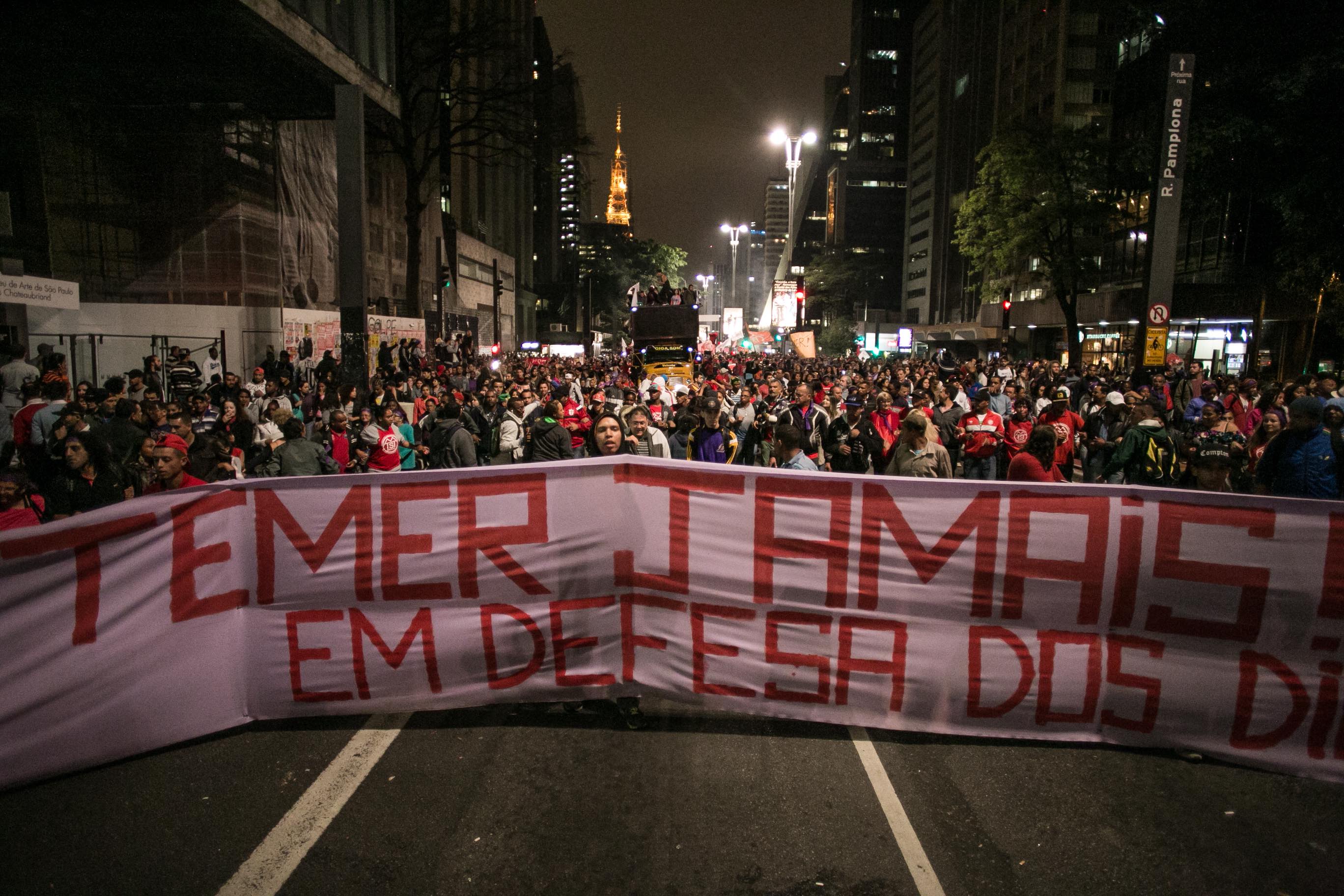 Temer could serve until the end of Rousseff’s term in 2018, but pushing through such controversial policies that will impact millions of Brazilians on a non-existent mandate could create a powerful counter-reaction.

“After Dilma was removed from power, parliament has chosen a president and a political programme without consulting the Brazilian population,” Diego explains. “Neither the new president, Temer, nor his programme were elected by the people. In fact, this neoliberal programme would never be chosen by the Brazilian people and has in fact been rejected at the ballot box repeatedly over the last two decades. For this reason, the right have been forced to implement it through political intrigue and subversion of the constitutional process.”

Justice Secretary De Moraes’ track record of violent repression of protest gives an indication of how the government will respond to any challenges to its legitimacy. In his previous role as Secretary of Public Security for the state of São Paulo, his last act was to order the military police to invade a high school that had been occupied by students, without a judicial mandate. The students were protesting against theft of funds allocated for school lunches. 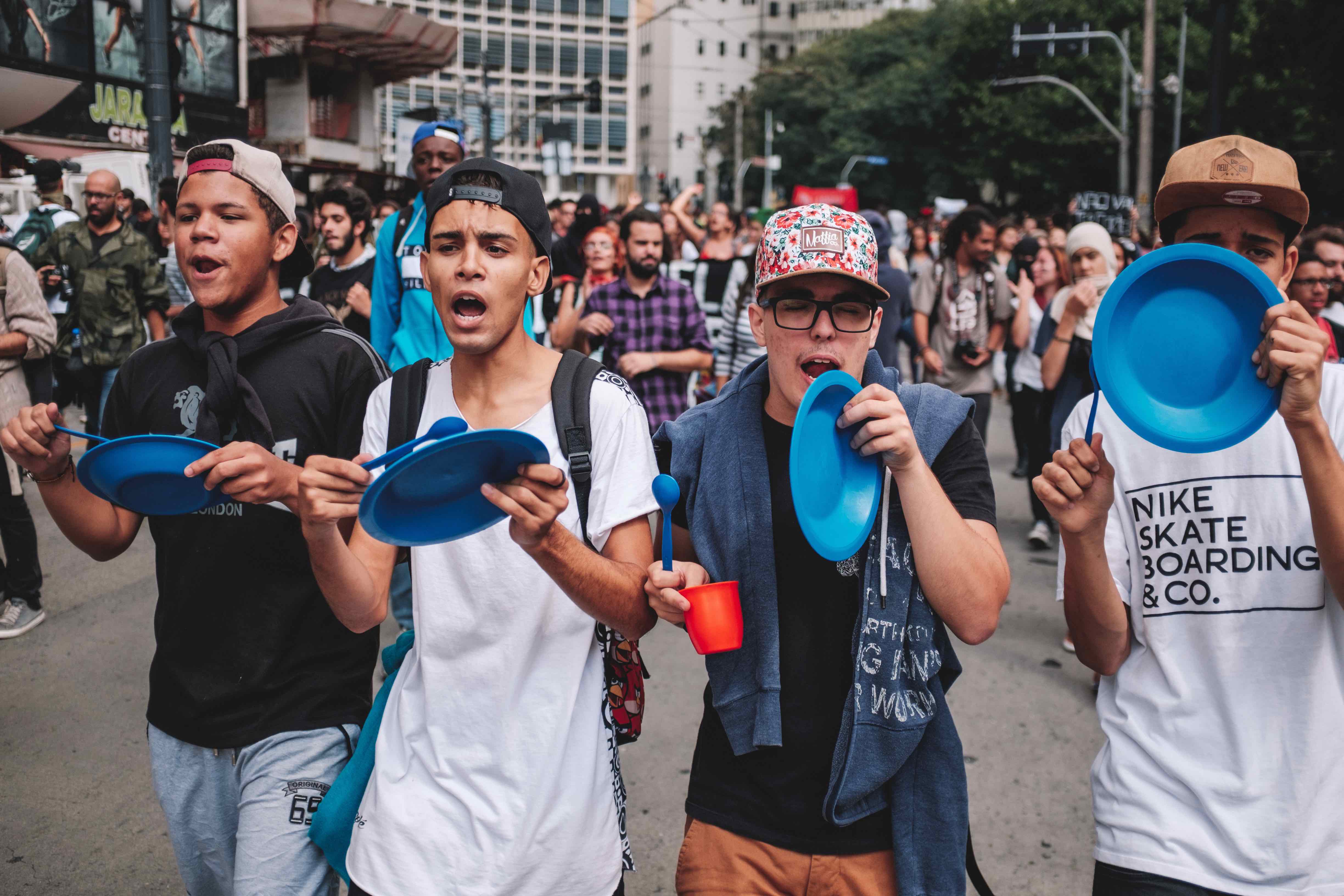 The new government are counting on the political fatigue of the millions of Brazilians who have taken to the streets over the last six months preventing any challenge to their harsh neoliberal programme. But Brazil’s social movements are becoming increasingly energised and will likely spearhead the resistance. Groups who were previously divided over supporting or opposing PT are now uniting around their opposition to the new government.

“Social movements have been aggregating strength through two new umbrella organisations, Frente Brasil Popular (Brazilian Popular Front) and Povo Sem Medo (People Without Fear),” Diego explains. “This is important because it brings together progressive people and the left – forces which were fragmented prior to the coup. This resistance group will certainly be a target for the illegitimate government.”

“I think what will happen in Brazil is that they will try to give an appearance that the response from the government is democratic and follows the rule of law, by using controversial anti-terror legislation passed under considerable international pressure in the run-up to the Olympics,” he continues. “They will use this legislation to reduce civil liberties, the legitimate right to protest and criminalise social movements and civil society organisations.”

The outcome of the unavoidable power struggle between the illegitimate government and protest from the streets will directly affect the extent to which the government is able to fulfil its unelectable neoliberal programme. “This shows how important this movement is,” Diego explains. “It’s important to acknowledge that without the pressure from social movements and progressive members of congress, the proposed programme from the government will certainly be even more regressive.”

Linkedin
RELATED ARTICLES
OTHER ARTICLES
The Umm al-Fahm protest movement is taking a stand against Israeli police for their discriminatory tactics and for abetting a rise in organised crime within the community.
Lebanese artist and designer Marwan Kaabour discusses his new Instagram account devoted to documenting LGBTQ+ narratives in Arab history and popular culture.
The issue of workers being denied toilet dignity has worsened during the pandemic. And for female couriers, in particular, it’s taking a toll on their mental wellbeing and ability to work.
Alim Kheraj discusses his new book celebrating the capital’s vibrant LGBTQ+ scene and the patchwork of bars, clubs, shops, Pride events, saunas and sex shops that have catered to the queer community.
Photographer Susan Kandel remembers capturing two different families as they celebrated milestones or simply went about their lives, offering a surreal glimpse into the households of strangers.
As West Yorkshire emerges as a hotspot for Czech rap, artists such as Dollar Prync and Dynamic are using drill and grime influences to express the collective experience of a marginalised diaspora.