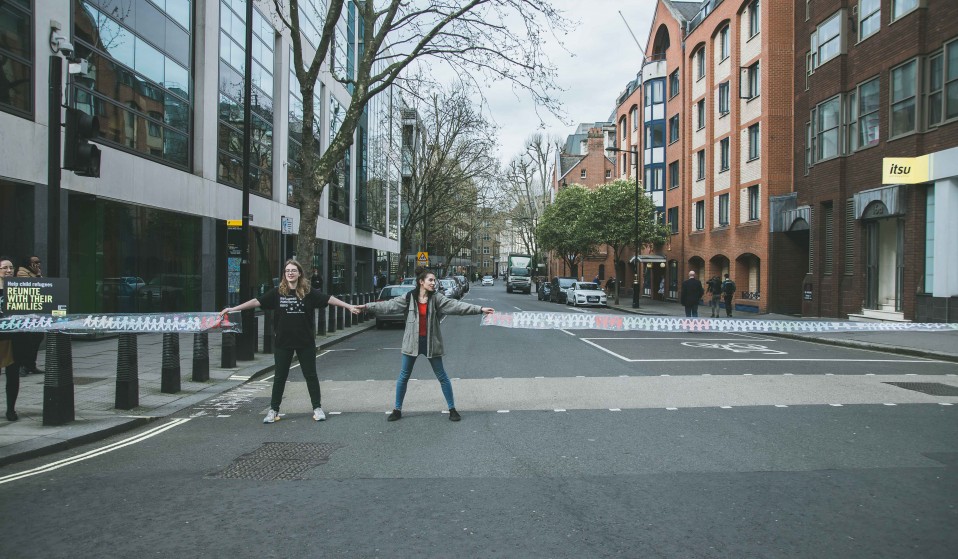 Campaigners in London take to Westminster with a human paper-chain with hopes to force the government to stop separating child refugees from their families.

Campaigners in London take to Westminster with a human paper-chain in an action they hope will force the British government to stop separating child refugees from their families.

Campaigners from Amnesty International and the Student Action for Refugees (STAR) joined together outside the Home Office and the Department for Education in London today with a giant paper chain to present a 30,000 strong petition calling on the UK government to stop forcibly separating child refugees from their families. 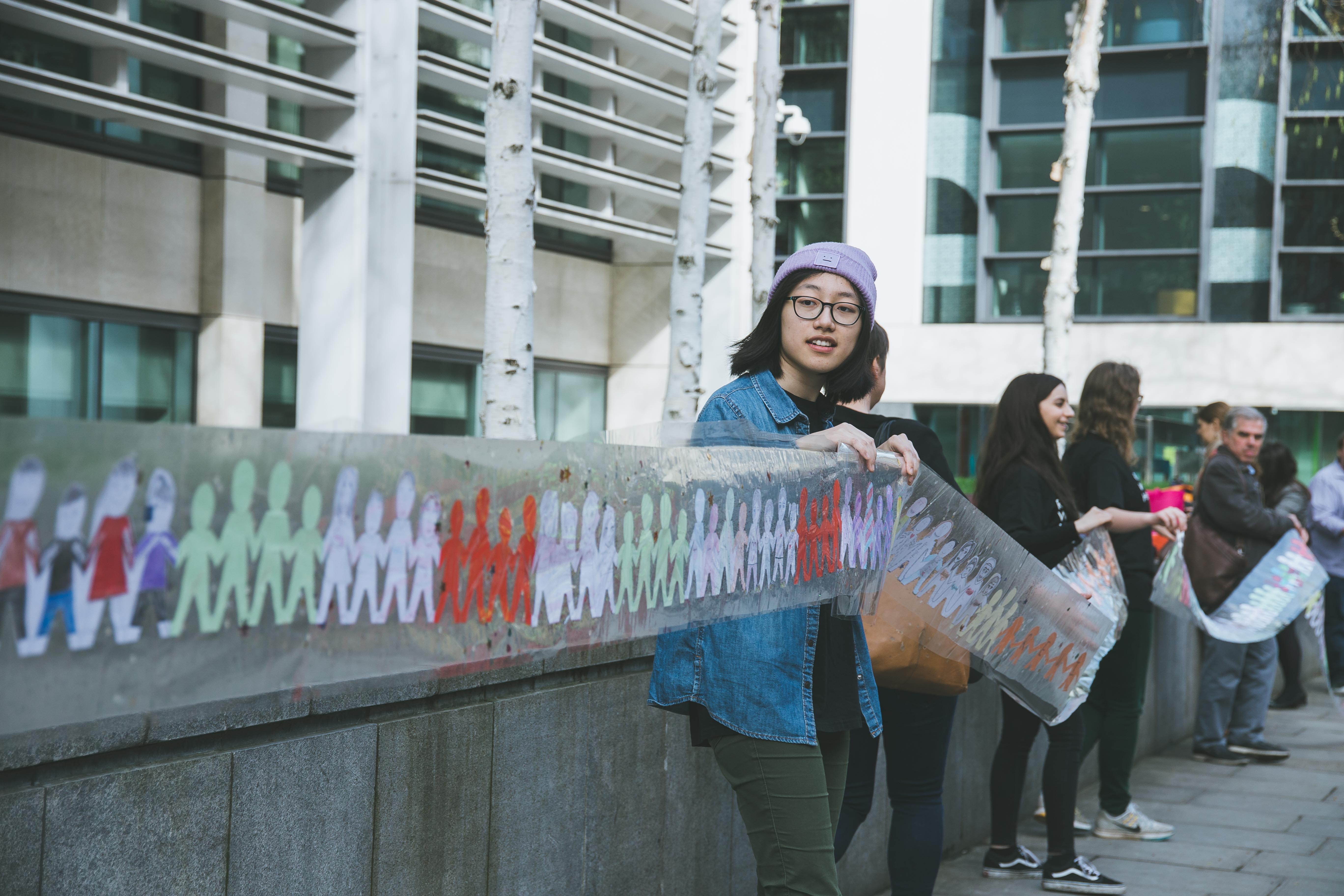 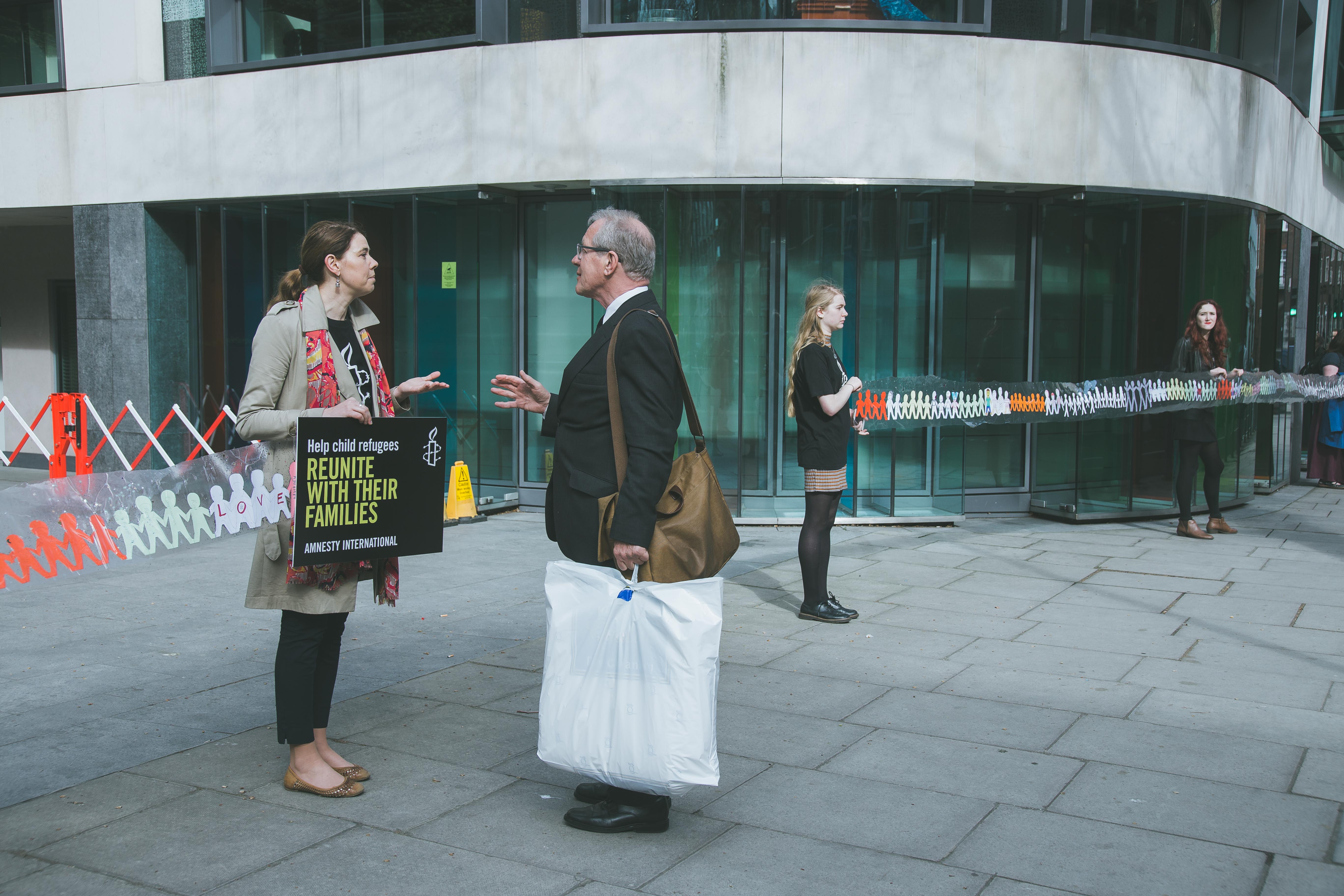 The 240 metre long colourful paper chain stretched between the two buildings, as it’s these two government departments that are set to publish a joint strategy on the safeguarding of unaccompanied child refugees on Monday 1 May.

Adult refugees in the UK are entitled to apply for their immediate family members to join them. However, this is not the case for children. The UK is one of only two European countries (along with Denmark) which denies this opportunity for refugee children. 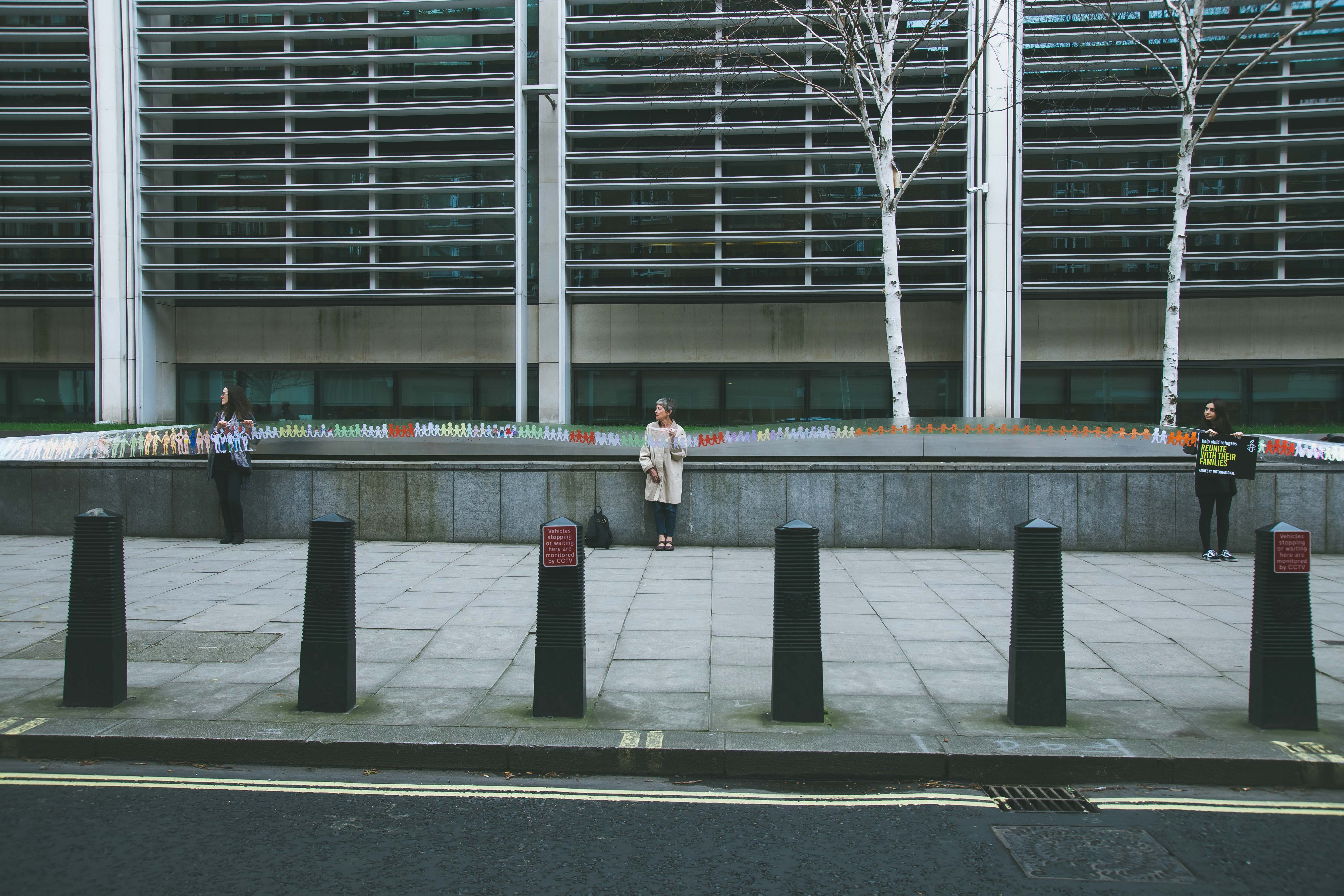 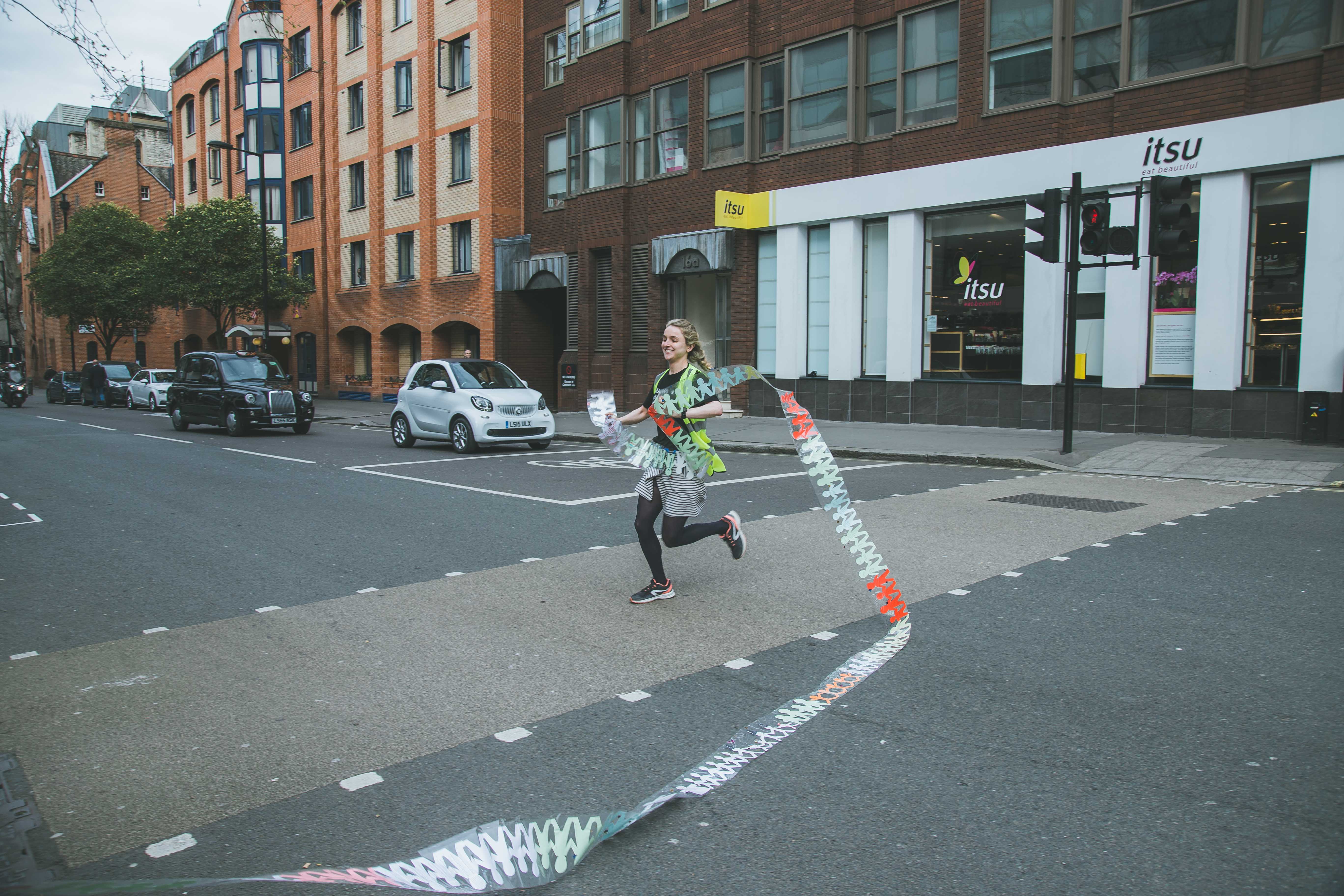 “It is a travesty that vulnerable children who have come to this country, fleeing conflict and persecution, are not entitled to apply for their family members to join them,” explains Kerry Moscogiuri, Amnesty UK’s Director of Campaigns. “Many of them are already deeply traumatised and this cruel policy only exacerbates their suffering. We want to send a strong message to the UK Government to change the rules to allow them to be reunited with their loved ones.”

The activists were joined by Amnesty Ambassadors, actress Juliet Stevenson and members of the Kaiser Chiefs. 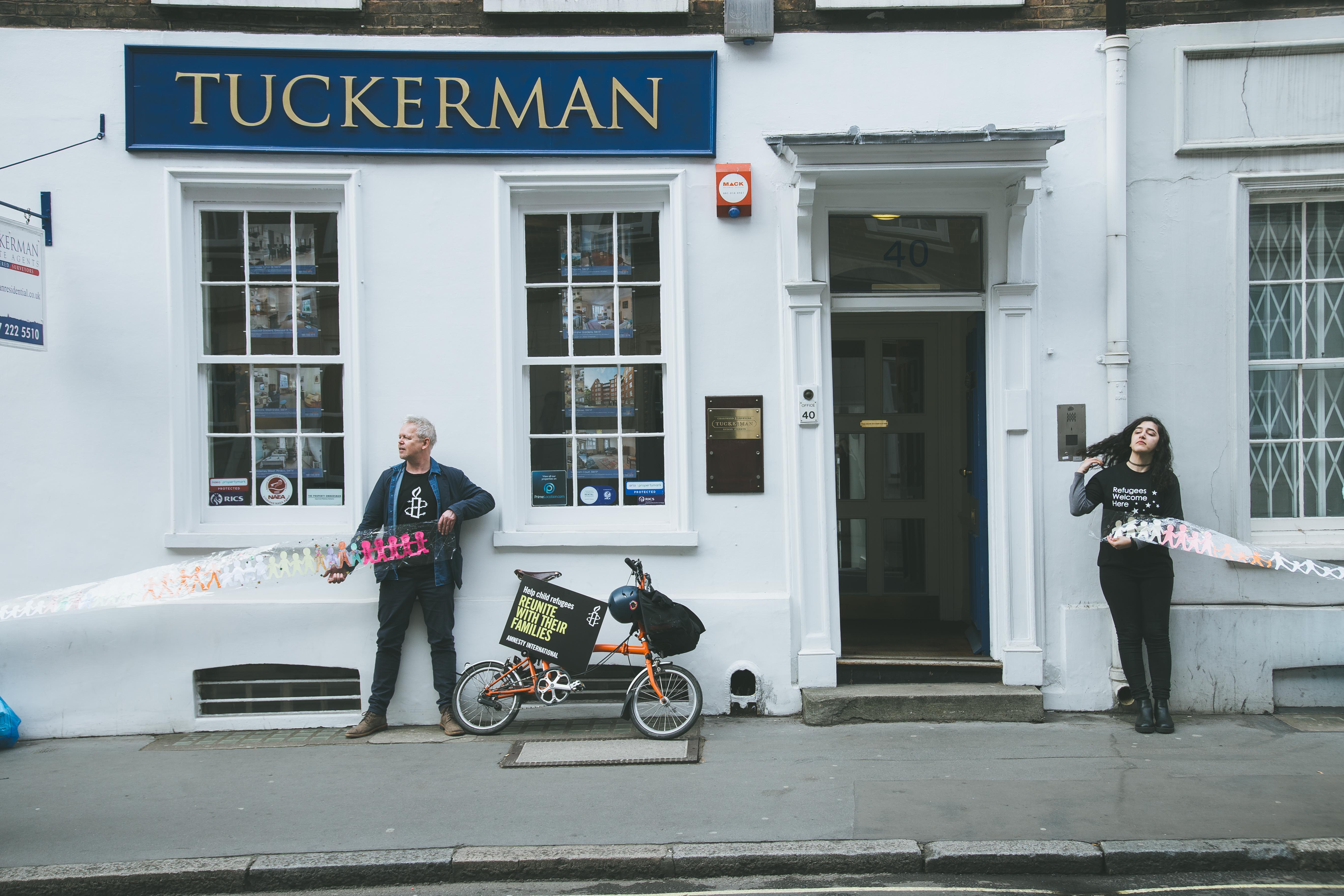 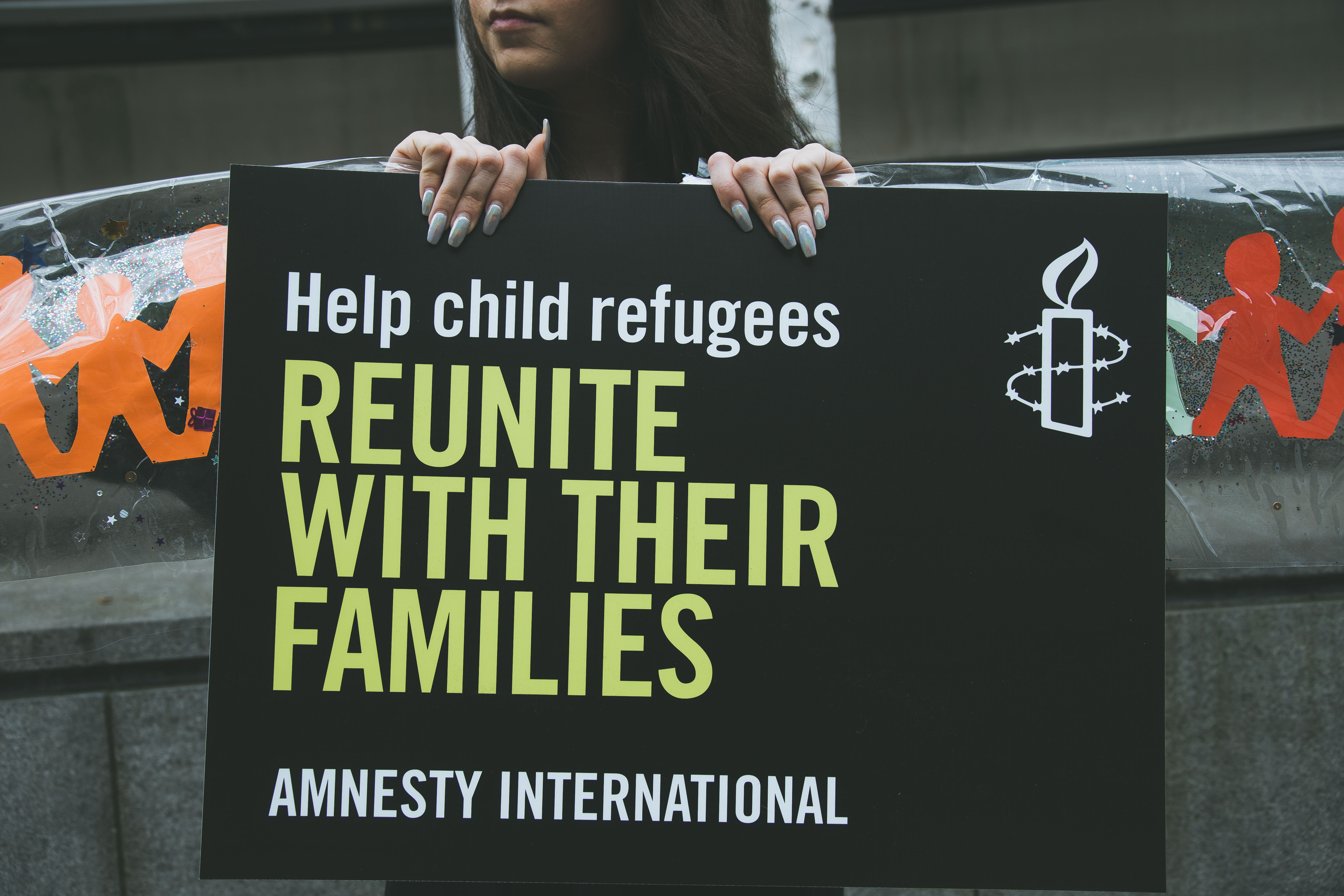 “I have met many unaccompanied refugee children who have been through the most traumatic of experiences; they are suffering from intense anxiety and are scared and lonely,” says Juliet Stevenson. “The UK Government must urgently act to alleviate their suffering. It’s not only the moral thing to do; it also makes sense from a policy perspective. Allowing children to be reunited with their close family could save valuable resources in the long run, such as costs for mental health services and foster care.”

The petition and the paper chain action are part of Amnesty’s “I Welcome” campaign, which calls on the UK Government to share responsibility in responding to the global refugee crisis.

Linkedin
RELATED ARTICLES
OTHER ARTICLES
In the latest instalment of Photographers in Conversation, the creator talks portraiture, platforms and taking inspiration from Little Simz.
Susan Pektaş’s new photo series delves into multiple cultural layers of the region with a touch of personal mysticism.
A 28-year-old from Texas was forced to travel across state lines for an abortion that would save her life and end a pregnancy that her baby had no way of surviving.
From the early originators to the female writers at the forefront of today’s scene, we talk to the artists redefining graffiti’s consciously macho origins.
We introduce our series spotlighting the voices of people who’ve been impacted by anti-abortion laws and anti-choice protestors.
Danny Burrows discusses his new series of images documenting an pacifist anabaptist community who lead an alternative way of life.