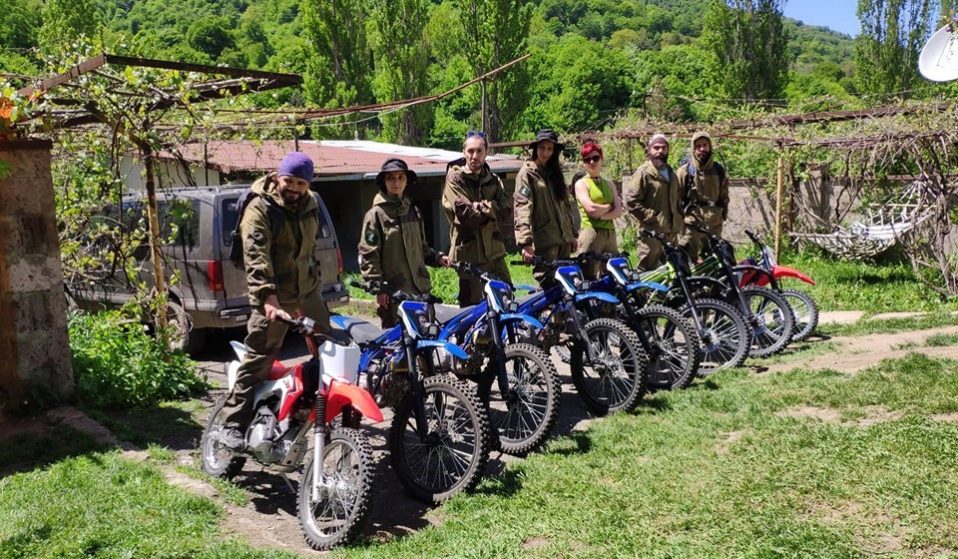 In Dilijan national park, a group of radical forest rangers – made up of young environmental activists and volunteers – are taking a stand against the country’s ‘wood mafia’.

In Dilijan national park, a group of radical forest rangers – made up of young environmental activists and volunteers – are taking a stand against the country’s ‘wood mafia’.

Somewhere deep within the dense forests of Dilijan National Park, a rip and roar of a chainsaw reverberates across the mountains. Down in the town centre, Hayk Kharatyan reacts by snapping his head towards the noise as if someone had shouted his name.

It’s a response which has become natural to the 27-year-old. For the past 18 months, he has been fighting to protect this vast woodland from Armenia’s illegal loggers.

Using a combination of drones, GoPros, and off-road motorbikes, Hayk is part of a team of environmentalists who are collecting evidence of illegal deforestation. The project was the brainchild of Gor Hovhannisyan, an outdoor education instructor who grew tired of witnessing the destruction of healthy trees. He now leads a team of four full-time rangers, along with regular volunteers. They hand evidence over to the police and national park authorities in a collective campaign against the wood mafia who profit off a natural resource that is diminishing globally.

Forests cover around 30 per cent of the world’s land area, but they are disappearing. Between 1990 and 2016, 1.3 million square kilometres of forest were lost across the globe, according to the World Bank. Trees are vital for a number of reasons – from tempering climate change to providing homes for animals, these ecological wonders are irreplaceable. With deforestation considered the second leading cause of global warming after the burning of fossil fuels, these rangers have found themselves on the frontlines in the battle against the climate crisis.

Dilijan and its surrounding environment is arguably Armenia’s most developed tourism spot. Situated in the north of the country, the 240 sq km national park is spread over the Pambak, Areguni and Miapor mountain ranges. Armenians nickname it ‘mini Switzerland’, because of the alpine meadows and rolling mountains (though it is stunning enough to exist without comparison). It is home to bears, deers, foxes, lynxes, and snakes.

The area was a retreat for artists during the Soviet Union, but its peaks, gorges, lakes and cultural heritage sites mean it has developed into a hiking paradise in recent years. This emerging reputation relies on the maintaining of the rich environment, and particularly its trees and wildlife. Armenia is one of 70 countries worldwide which is deemed as ‘low-forested’, meaning its forests covers less than 10 per cent of its total land area. 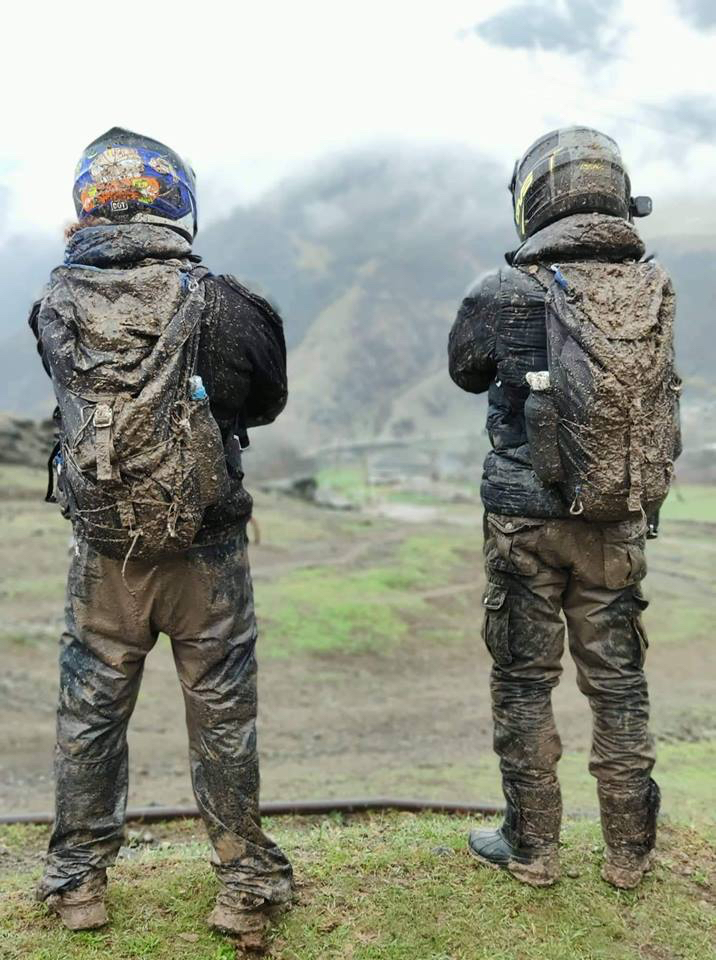 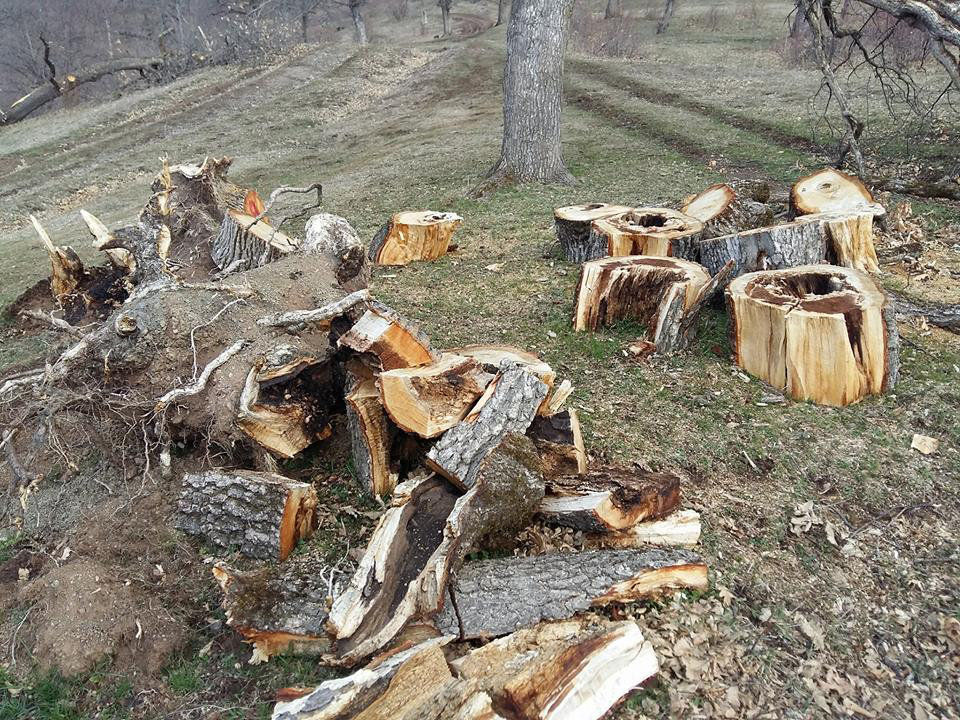 But that wasn’t always the case. Much of the data is deemed unreliable by environmental experts, though one truth is for certain – the collapse of the Soviet Union led to economic hardship, and people turned to trees as their primary fuel source. The issue worsened in the 1990s when an energy crisis gripped the country during its conflict with neighbouring Azerbaijan over the disputed Nagorno-Karabakh region.

Many low-income families in Armenia’s rural communities continue to heat their houses with wood; while others rely on the work those controlling the illegal logging industry provide. This was the cause of a bitter response to the arrival of the rangers in Dilijan at the end of 2017. Bullets were fired at them during night patrols last summer while, just weeks later, a village mob allegedly assaulted three rangers on their way to a patrol.

“When people want to join us, I tell them they need to fight because it’s dangerous work,” explains Hayk. “A lot of people come and say they like the nature, or they need money, but when I talk about the work they say ‘sorry, it’s not for me’.”

The attack in the village, in which two of the volunteer rangers who were assaulted were teenagers, led to an intervention by the Armenian Prime Minister. Weeks after the incident, he visited Dilijan and demanded an end to the “wood mafia”.

“The main problem with the villagers is that they thought we came here to take their food,” says Gor Ghazaryan, who joined the team at their Eco House base in Dilijan four months ago. “A lot of people are earning their money with wood. But, we’re here to fight against the big illegal businesses who are cutting a huge oak tree for some furniture material. Our main fight is against those people.”

“People understand the forest is a natural resource and that it’s illegal now,” says Hayk. “They are finding other jobs, leaving the country to work elsewhere, or finding a new job in this region.”

Today, it seems like this small group of eco-warriors have made significant progress. The sound of the chainsaw is no longer a daily occurrence. Hayk recalls the team finding up to 15 or 16 freshly cut trees every day when he first arrived, but now that figure has dropped to around 10 a month.

The national park authorities, who for so long were ineffective, or unwilling, to reduce logging, have been forced to focus their attention on the issue. Several former directors of the body were arrested in March 2018 on charges of illegal logging and corruption rumours linger. The scrutiny offered by the presence of the Eco House rangers, as well as Armenia’s post-revolutionary government, has made such behaviour trickier. 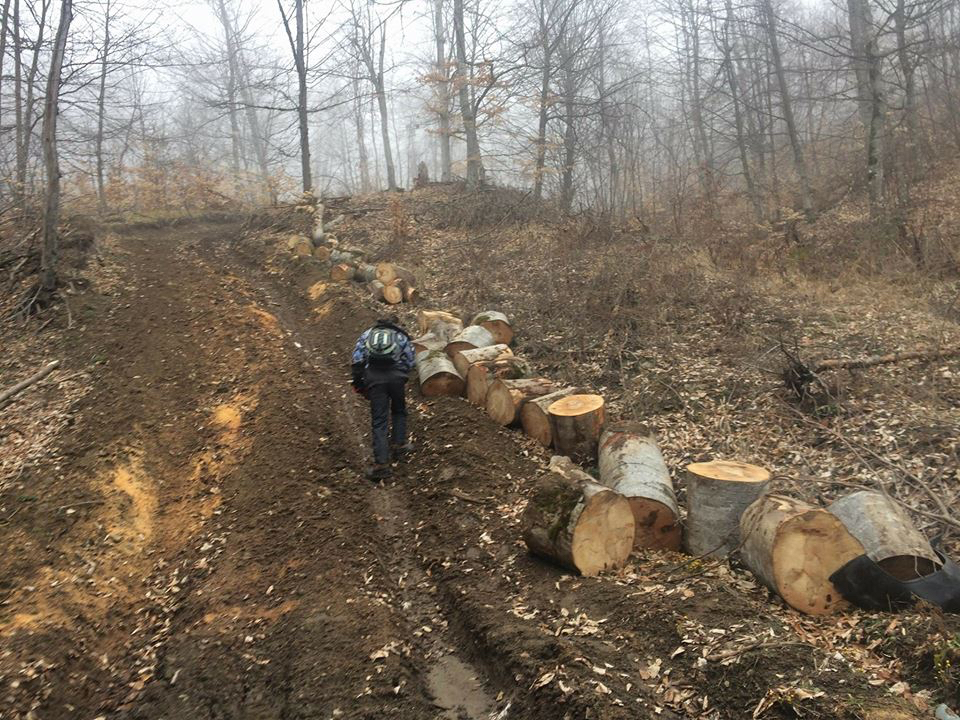 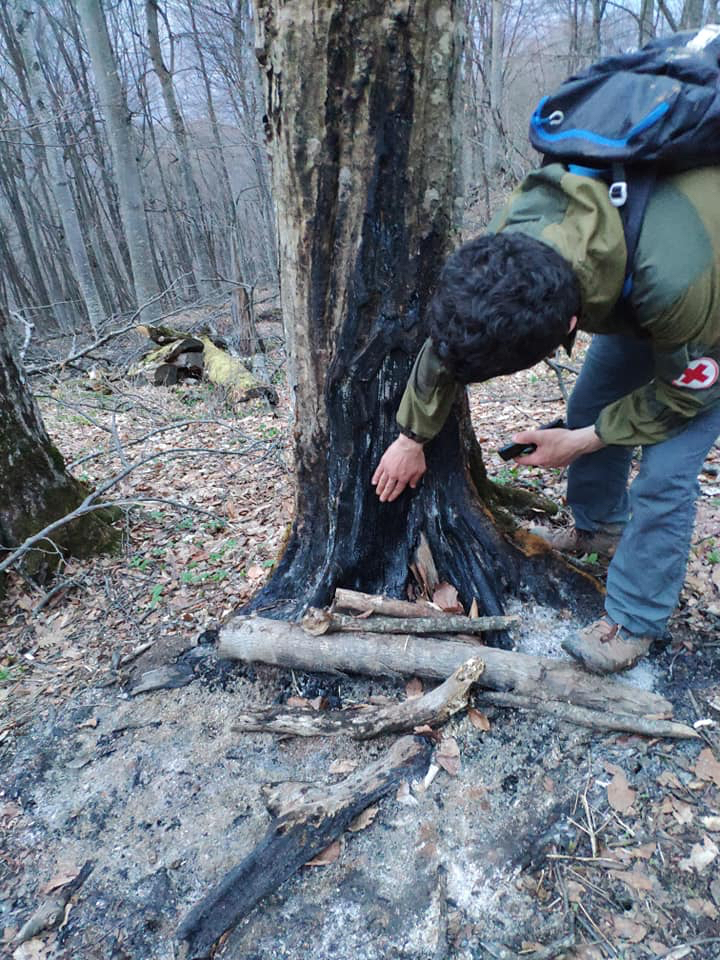 “I’ve only worked here this year,” says Gor. “But I’ve been walking in this forest for seven years, and I can’t remember a time when I visited and didn’t hear at least one chainsaw.”  If the rangers do find people using chainsaws in the forest, it’s usually to break down dead or fallen tree – something which remains legal.

Of course, their protection and monitoring work isn’t complete. Those who continue to target healthy trees have shifted tactics in response to the rangers. Earlier this year, Hayk began to find trees which had been partially hollowed at the bottom of their trunks. They then set a small fire in the hole to weaken its base. “After some time it falls down and they say, ‘look it’s fallen naturally, I can take it,’” he explains. “You can’t hear chainsaws, you can’t see them so it’s very difficult.”

Their progress has been reflected in a rise in prosecutions. There was an increase of 32 per cent in criminal cases launched against damage to the environment in 2018, of which well over ¾ were recorded illegal logging. The rise is considered to be because of a stronger focus on investigations of the criminal behaviour, rather than illegal logging increasing itself, according to the Prosecutor General’s Office. From crimes recorded in 2018, cases against 19 individuals have been sent to court, and 7 individuals have been convicted.

“People look at the forest and they see money,” says Artsniv, a 16-year-old who lives in Dilijan with his family. He was drawn to volunteering with the rangers after becoming frustrated at the way his neighbours treated the forest. “200 years ago they saw a tree and a material to warm themselves and nature which provides food or heat, now they see money.”

He was one of the three volunteers who were beaten by villagers last summer and, rather matter-of-factly, describes that experience as “difficult”. His work with the team has taught him how to communicate with people he disagrees with – even when it turns violent. “I learned how to speak with them calmly, to understand them. To tell them ‘I am not your enemy, I just love my nature and I want to protect it’.”

The house, which they have converted into a hostel to bring in extra funds, has also become a rescue centre for injured animals. The rangers are currently hosting an eagle with only one wing after its other was shot by hunters. While more money is brought in by offering motorcycle classes to tourists and locals, the majority of their funding comes from the Caucasus Nature Fund – a German organisation conserving the region’s ecosystems for future generations as well as improving the lives of local people.

Arman Vermishyan, the country director of CNF in Armenia, describes the project as an experiment which has proven extremely successful. His organisation are considering funding more independent ranger projects in similar areas that are targeted by loggers.

For Hayk, however, his time on the frontline is coming to a close. “Of course we can’t just finish, people will come back and begin chopping again,” he says. “Now the rangers have an easier job. Nobody is shooting, nobody is fighting. But I’ve been fighting for a year and a half and I think I’ve won.”

Linkedin
RELATED ARTICLES
OTHER ARTICLES
Jermain Cikic reflects on his experience of visiting the island of Samos, Greece, in the summer of 2021.
Hundreds gathered together to protest the policing bill by making as much of a racket as possible.
Despite the easing of Covid-19 restrictions, the issue of over-policing on university campuses remains.
Those set to be impacted by the governments ’undemocratic’ bill explain why it risks silencing them.
From Brooklyn gang members, to Welsh miners and the residents of East Harlem, Bruce Davidson used his camera to shine a light on the most marginalised.
The novelist discusses his electrifying debut, which offers a deft examination of masculinity under late capitalism.