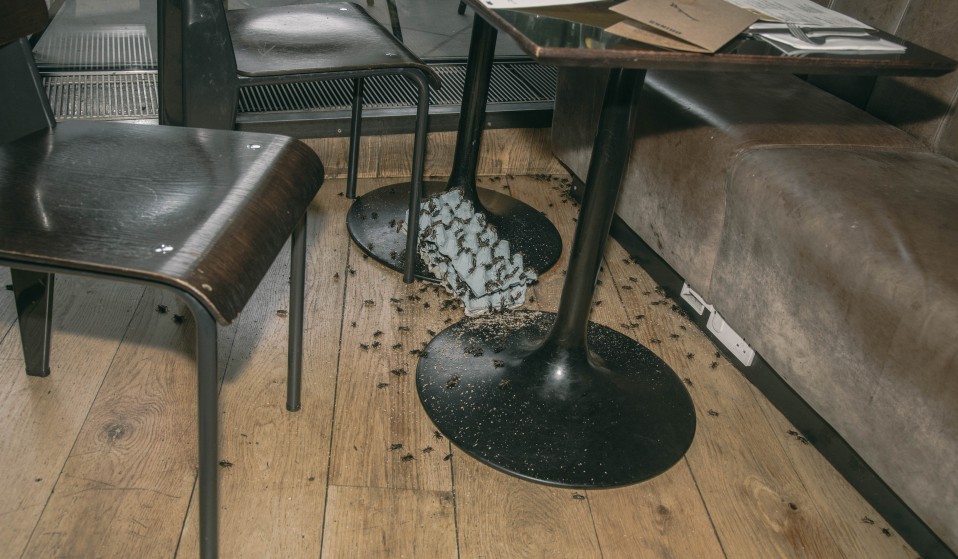 Earlier this week burger restaurant chain Byron hit the headlines for allegedly lying to their staff and calling fake meetings so immigration officials could swoop and make arrests. It's an incident that's been met with outrage, and last night we were invited to join a group of activists as they took matters into their own hands.

Earlier this week burger restaurant chain Byron hit the headlines for allegedly lying to their staff and calling fake meetings so immigration officials could swoop and make arrests. It's an incident that's been met with outrage, and last night we were invited to join a group of activists as they took matters into their own hands.

As a journalist I get quite a lot of people pitching me stories: writers with ideas, PR people with demanding clients, and occasionally too tip-offs from anonymous mobile numbers letting you know that a story is about to kick off. On Thursday evening my phone vibrated, a number I’d never seen before had sent me a text.

Intrigued, and slightly confused, I agreed to meet the mystery messager at a quiet central London square,  as the Friday evening sunlight pulled the throngs to the capital’s pubs and bars. Huddled around a bench I found a group of activists waiting, from groups like London Black Revs, and the Malcom X Movement. 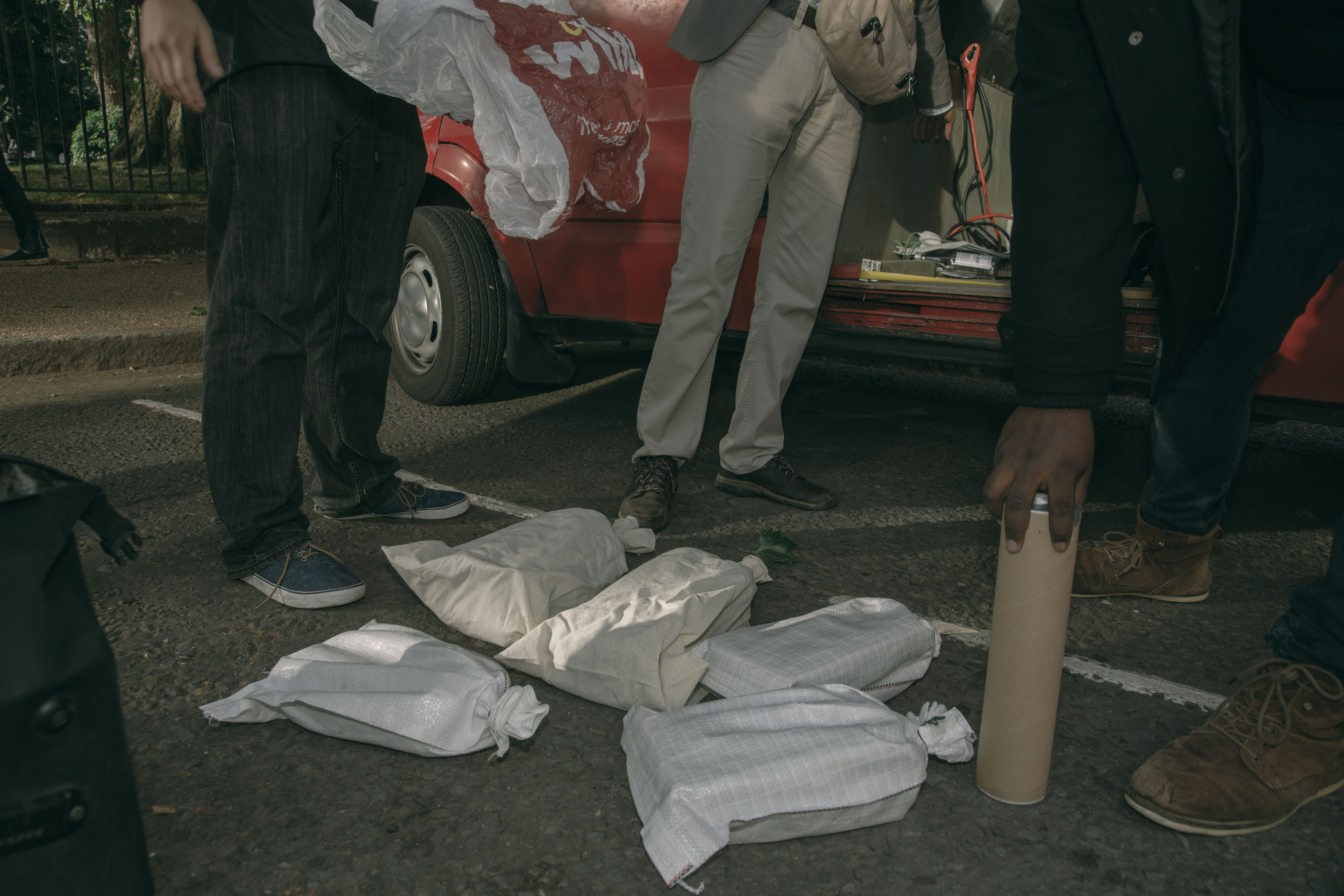 “We’re taking direct and affirmative action against Byron Burger to protest their treatment of migrant workers,” explained one of the guys, as small cardboard boxes were loaded into inconspicuous plastic bags. “We’re sending a message to companies like Byron that they shouldn’t entrap their workers. The treatment of these people is undignified, and enough is enough.”

The protest had been organised in response to news that restaurant chain Byron had seen immigration enforcement officers swoop in at twelve of their branches, raids that were allegedly known about by bosses who reportedly lied to staff, telling employees to come in for a health and safety meeting instead. #BoycottByron started doing the rounds, and a huge protest has been called for Monday evening. Most of the 35 workers who were picked up on the raids have already been deported.

As it approached 7pm, the boxes (I assumed brimming with bugs) were loaded into various backpacks, and we were off, split into pairs and snaking our way through London’s heaving streets to one of the city’s many Byrons. I caught up with another of the bug-bearers.

“Well, it’s to the point really, people often refer to migrants in disgusting terms,” explained a younger protestor, “Katie Hopkins called them cockroaches in an article just a few months ago. We want to show these people what cockroaches really look like, and we’ll unleash them on places like this if they don’t change their ways.”

While the symbolism made sense, it was also a way of shutting down the restaurant: health and safety regulations mean you probably can’t be serving up cheesy chips while a swarm of locusts fly alongside. In short, this action was going to cost Byron money, hitting the company where it hurts at a time when the PR nightmare wasn’t looking likely to go away.

“We’re a big believer that human beings aren’t illegal,” another suggested, “whatever government policy might say. But the law is one thing, and there’s employers actively lying to people who’ve worked tirelessly for them, exploiting us for as long as possible before throwing their staff under the bus.” 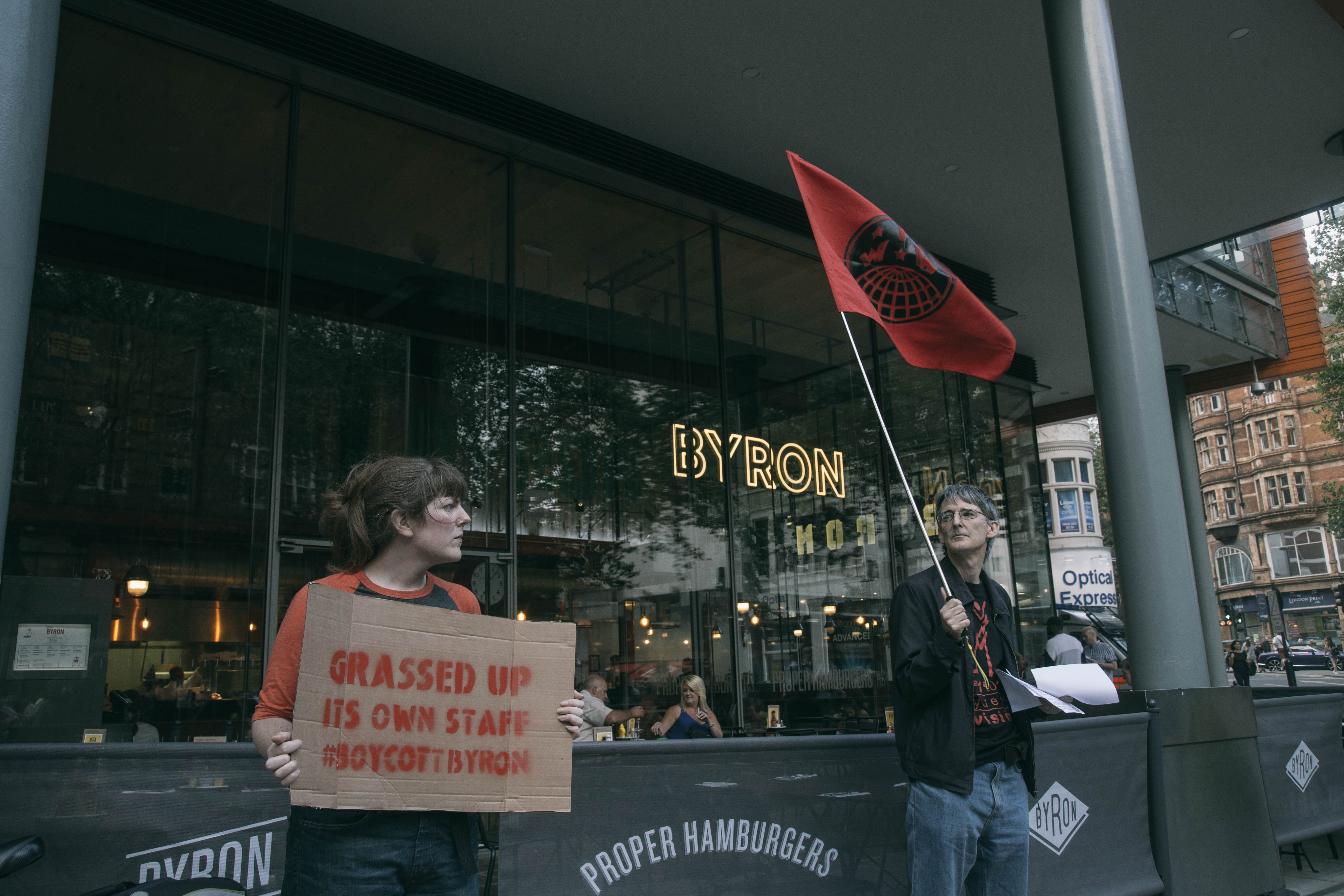 As we approached the branch these guys looked set to target, just behind Covent Garden and Trafalgar Sqaure, red flags were already being waved outside. “Don’t go in there,” pleaded a bloke clutching a pile of flyers standing at the door, “we’re asking people to not eat in here because of the way they treat their staff.” The small protest out the front was in full swing, but feeling guilty I ignored him, and made my way through the glass doors.

The restaurant itself was pretty quiet considering it was peak time for dinner on a Friday, and one of the waiters, distracted by the chanting outside, guided me and a photographer (camera hidden) to our seat. I’d only met a couple of the activists before we were told where to wait, so as I waited for the signal my eyes darted around the room, ‘could this person have a thousand cockroaches in their Primark bag’ I’d ask myself, before realising I must have looked bizarre.

“What the fuck is that?” yelled a bloke sitting at a table near us, and turning quickly I realised the lads who’d been sat opposite us had scarpered, leaving a shedload of insects on the floor in their wake. 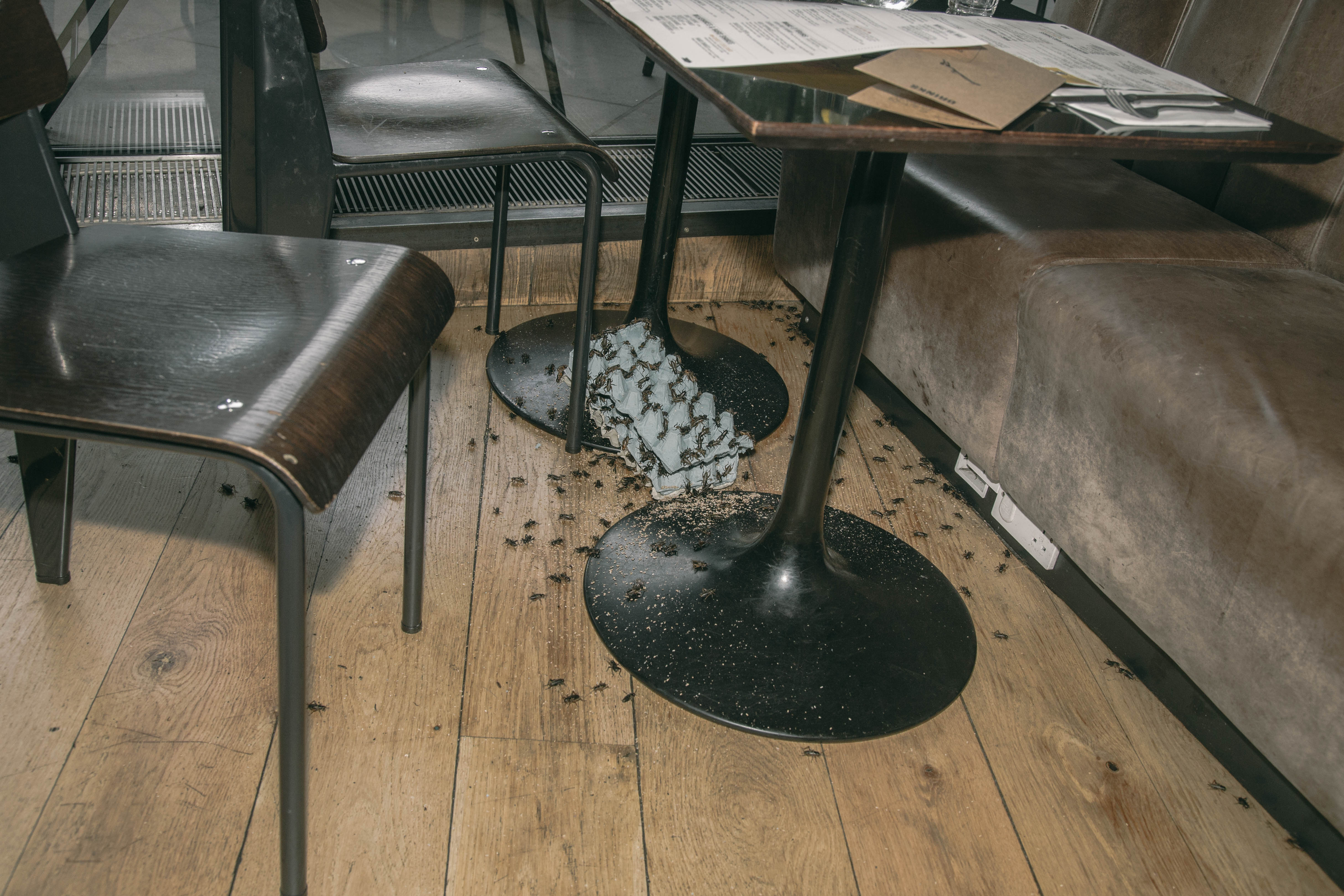 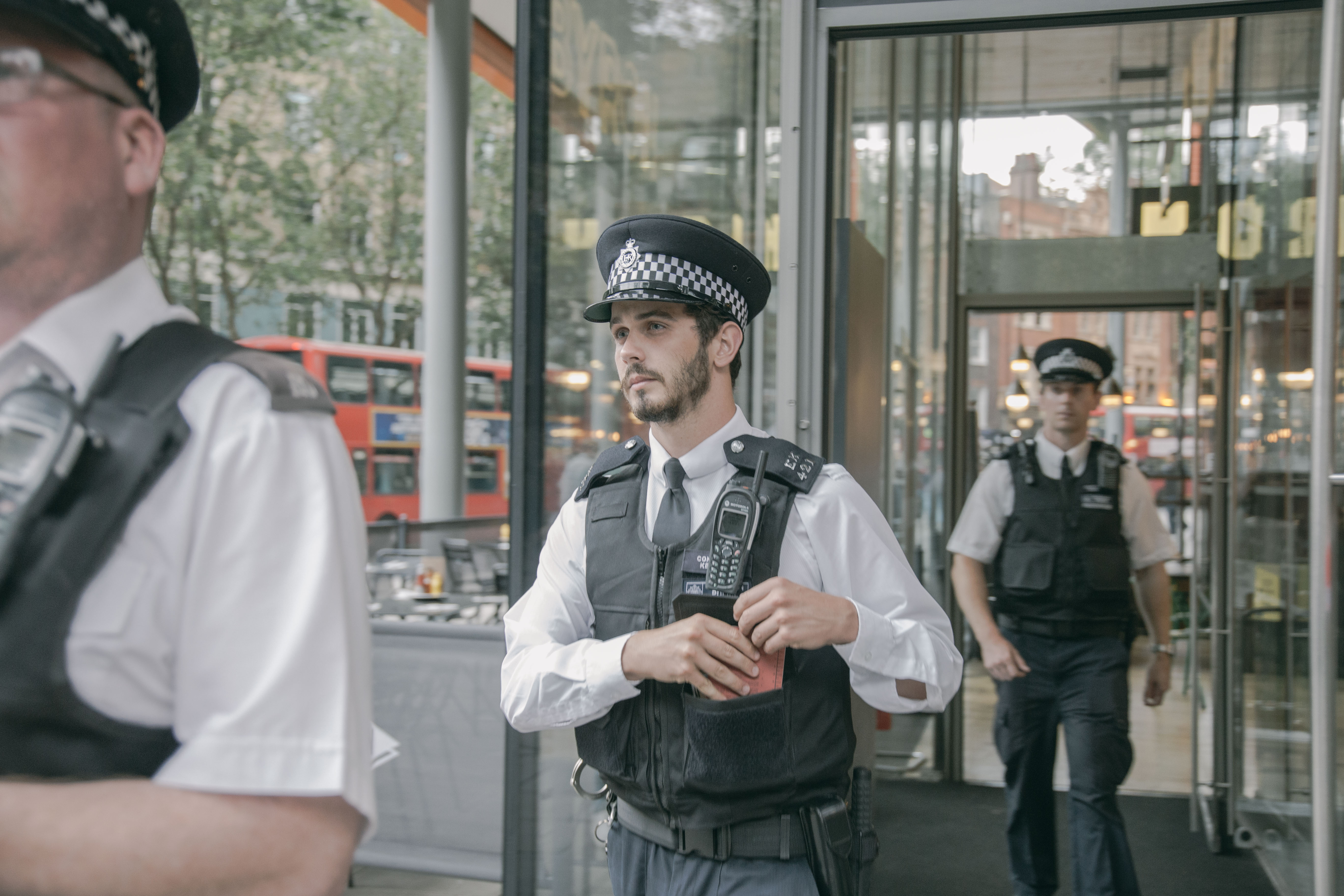 From the other side of the restaurant a similar shriek came echoing through, and suddenly there was chaos.

Despite our best efforts to explain that we’d not set the bugs loose in the restaurant (did he really think we’d stick around?), the manager wasn’t having any of it and at one point three police officers had to hold him back. I get it, sort of. This was his place of work, which was now a shambles, it wasn’t his fault that the raids had happened (he probably didn’t even know they were planned) and now his team were going to spend the night chasing crickets and picking cockroaches out the red-onion relish. 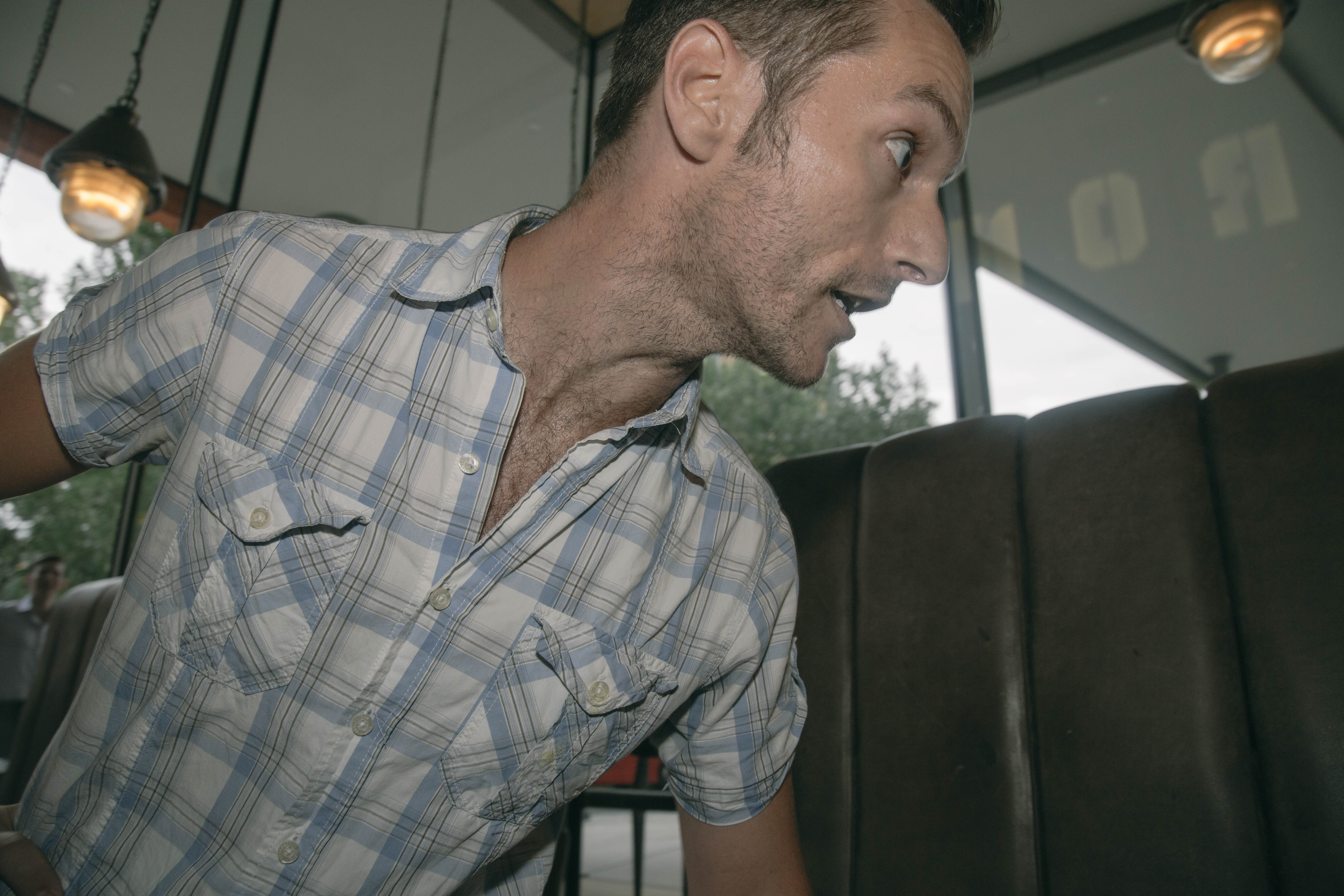 “It’s the difficulty with protests,” a passerby called Harriet said to me as I stood outside, watching the clean up get underway having been chucked out by the boss inside. “It’s never the powerful ones who do this awful shit who have to face the consequences of these things, it’s the staff who end up dealing with it.” 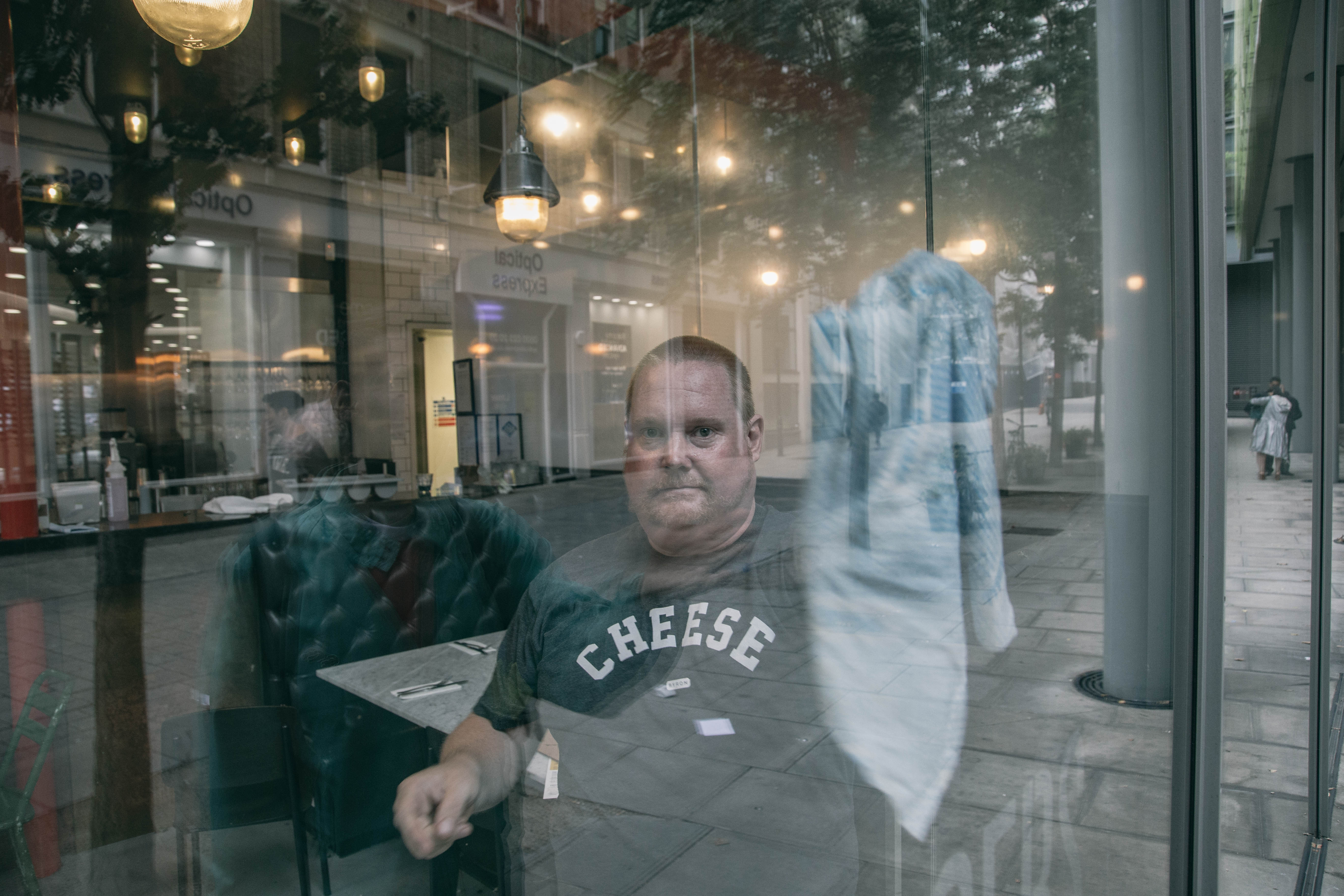 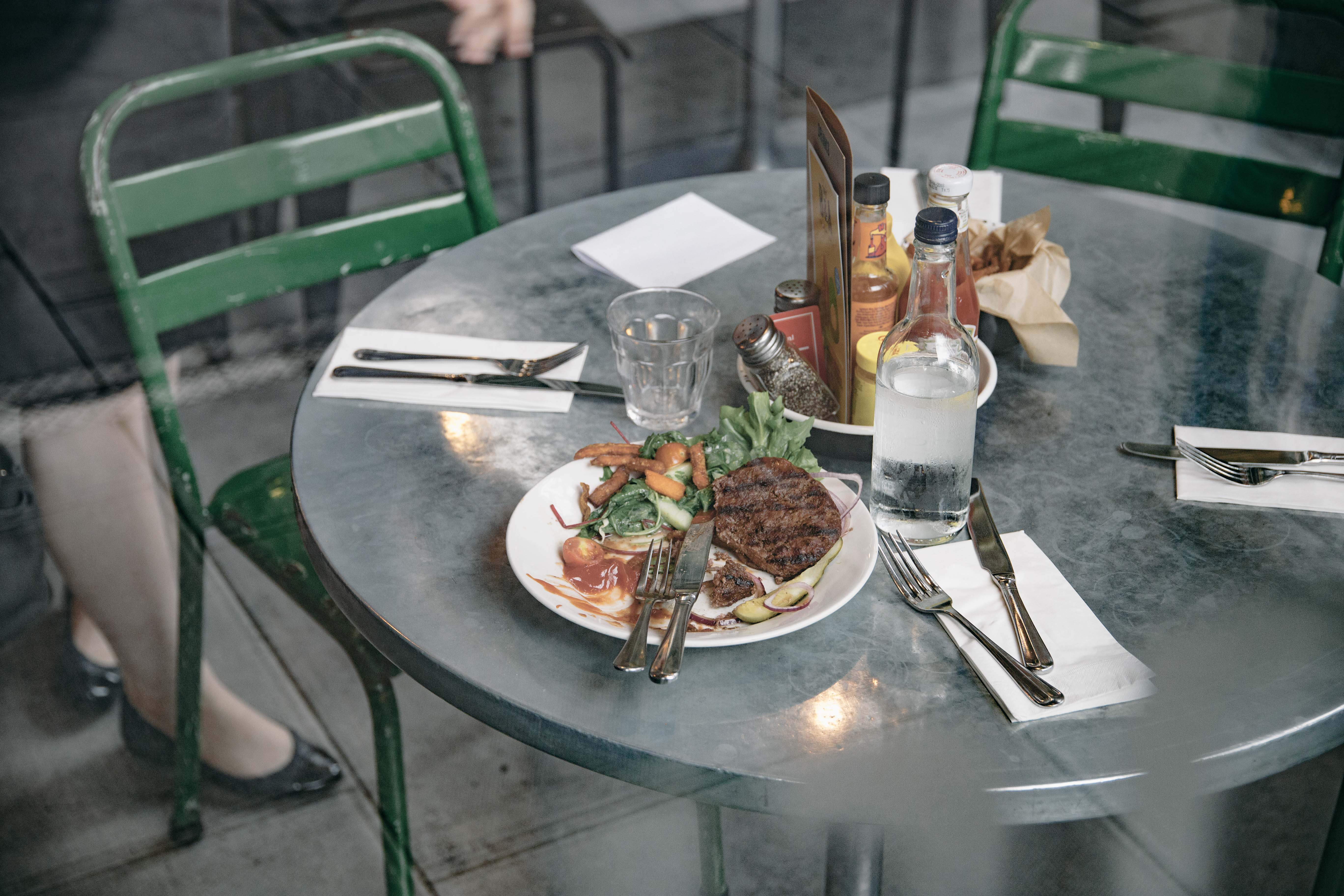 “Saying that, I reckon it’s better this happens than nothing, it’ll cost them money, and the waiters and chefs know that it’s not them who are the targets of what’s been done.”

As others walking past stopped to point and stare at the bedlam, my phone vibrates, another message from that number I still didn’t know. “URGENT SECOND ACTION AT BYRON THERE ARE BUGS” read the message, and with more actions no doubt in the pipeline for Byron it looks set to be a tricky time. 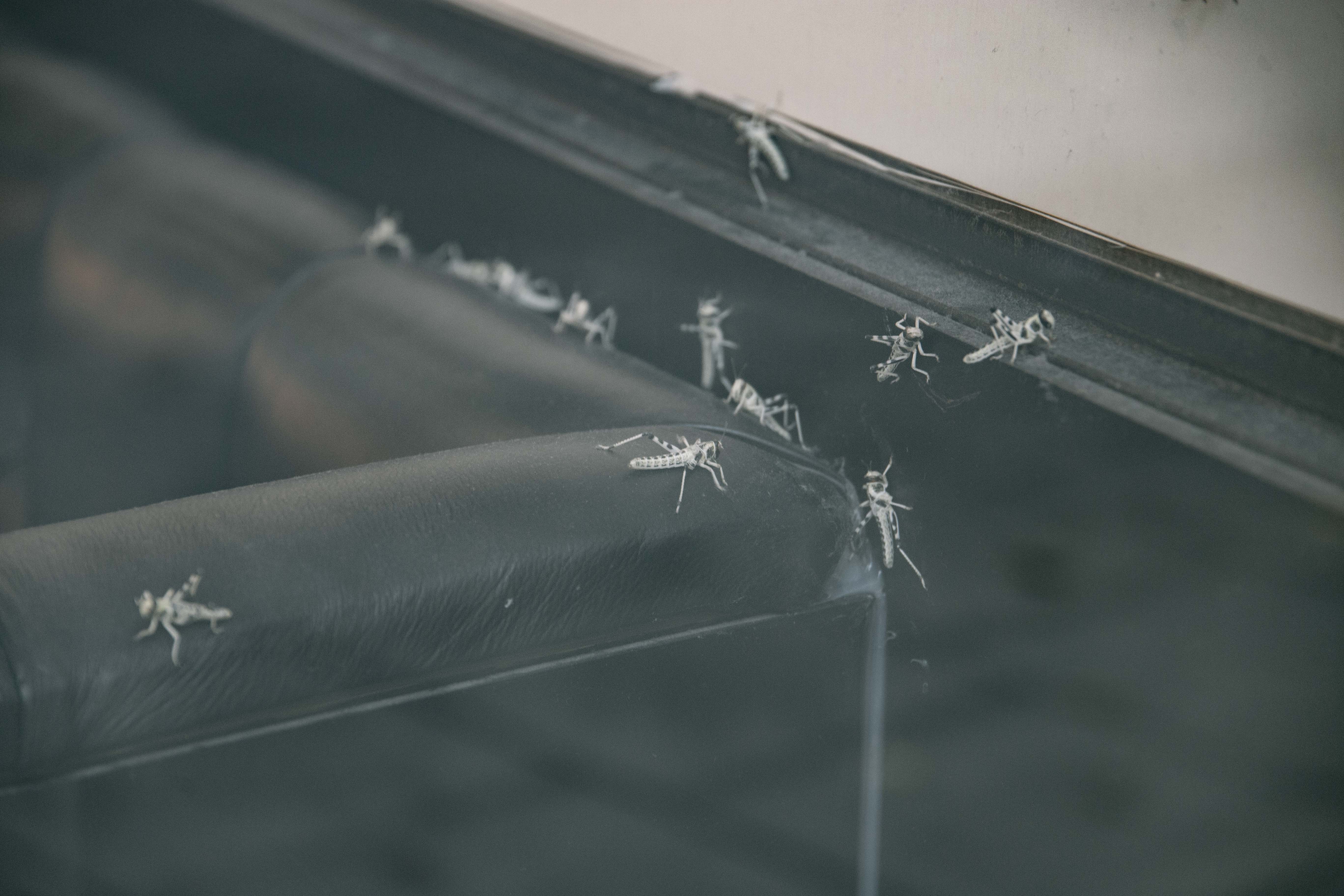 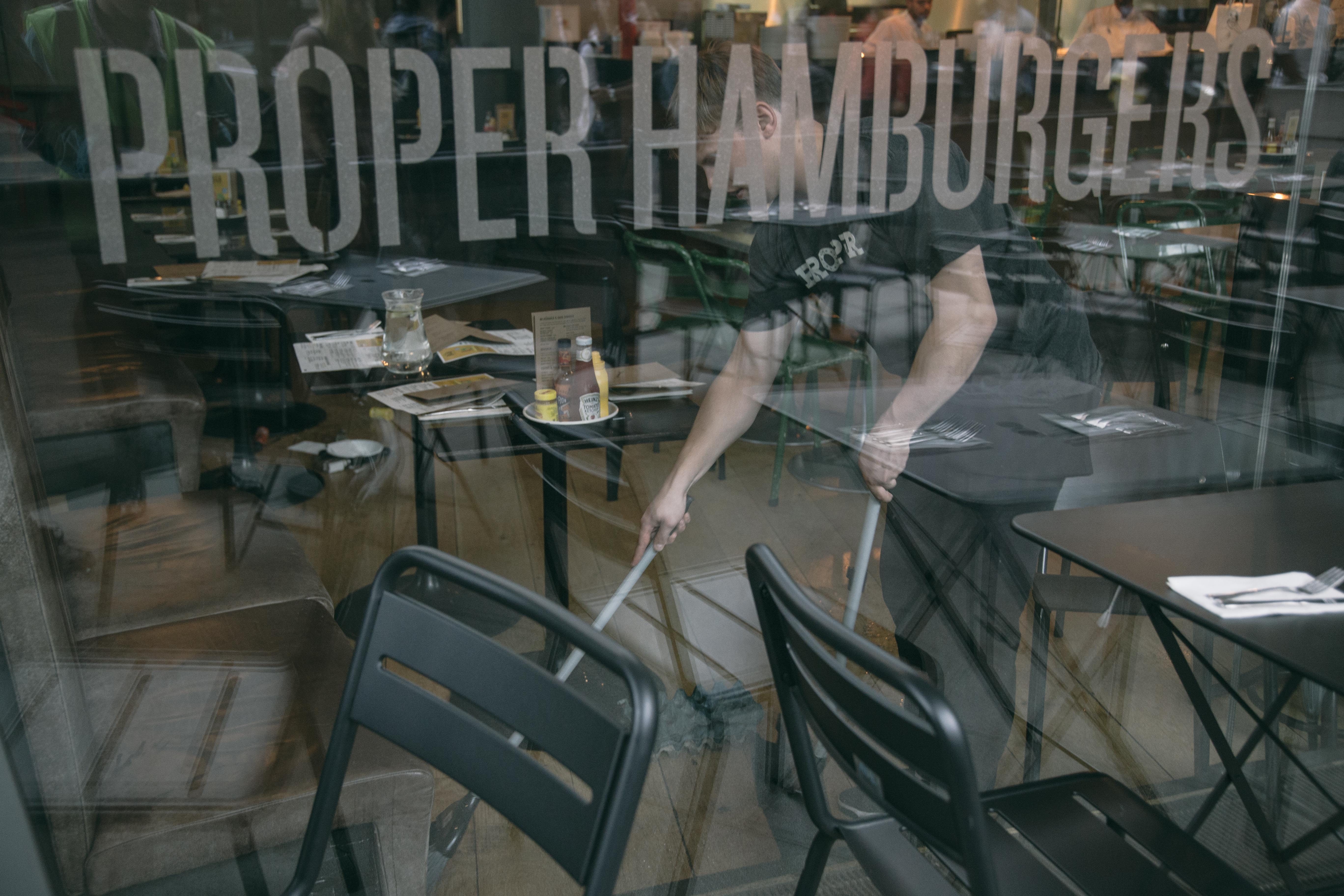 I guess some people had their dinners interrupted, and it was Byron staff not bosses who were forced to clear the mess up. But if actions like this stop some of the most exploited and vulnerable migrant workers in this country being entrapped and kicked out the country, is it a price worth paying?

Linkedin
RELATED ARTICLES
OTHER ARTICLES
Writers Gracie Mae Bradley and Luke de Noronha take on the callousness of borders, arguing for a world beyond them.
The author discusses the all-consuming nature of heartbreak, and turning the experience into an incisive exploration of love and loss.
Finland-born photographer Sirkka-Liisa Konttinen looks back on her decades-long documentation of life in Northern England.
A new report has found that the majority of Britains approach trans issues with compassion. It’s about time this was reflected by our media landscape.
Photographer Arthur Grace recalls travelling through the Soviet Bloc and finding ways to evade the surveillance of his work.
With inflation now at a 40-year-high of 9 per cent, demonstrations organised by TUC took place to demand action from the government.