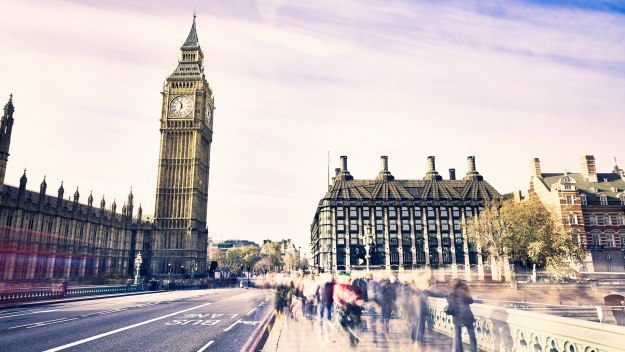 In the lead up to the general election, Shout Out UK and Channel 4 present the first head-to-head debate between youth representatives of the seven major British political parties.

In the lead up to the general election, Shout Out UK and Channel 4 present the first head-to-head debate between youth representatives of the seven major British political parties.

Across Europe, austerity programmes and spending cuts have fallen hardest on young people. High levels of youth unemployment have led to unprecedented youth migration in search of work and opportunities. Unless the balance of power shifts, governments seem likely to continue viewing cuts that affect young people as soft targets and failing to invest in future generations.

But will the UK’s forthcoming general election offer an opportunity to change this? Despite huge efforts to increase participation, youth voter registration still lags behind the rest of the population. Four-fifths of British young people are politically engaged but are still struggling to make their voices heard in mainstream politics.

Shout Out UK, a youth-run independent media platform, have teamed up with Channel 4 to present the first youth leaders debate on Tuesday April 28 – watch it online from 8pm. Young representatives from each of the seven major British political parties will go head-to-head to discuss the political issues that matter to young people.

“I am 22 and for my generation this is an important event, for the first time in Britain, we are actively able to hear the political debate from a young person’s perspective,” explains Shout Out founder Matteo Bergamini. “We have the power to speak our mind. It is our right, as well as our duty to demand a better future.”

The youth leaders will be discussing major themes of the mainstream election campaign, but also issues that are particularly important to young people, like education and housing.

Are Britain’s youth political leaders in touch with the issues that matter to young people? Do they have have the answers to the issues we face? And can they fight for politicians to take young people’s needs seriously? Tune in to the debate to find out.

Britain’s first Youth Leaders’ Debate takes place on Tuesday April 28 and will be available to watch online at All4 from 8pm.

Linkedin
RELATED ARTICLES
OTHER ARTICLES
In the latest instalment of Photographers in Conversation, the chronicler of raves, protests and beyond explains why he’s drawn to such specifically visceral environments.
A new report has found that the majority of Britains approach trans issues with compassion. It’s about time this was reflected by our media landscape.
For decades, an area of East London has served as a community hub for Vietnamese people looking for a taste of home.
Whether it's partygate, the climate crisis or the spiralling cost of living, the fightback begins on the picket lines writes Tommy Vickerstaff
Photographer Arthur Grace recalls travelling through the Soviet Bloc and finding ways to evade the surveillance of his work.
The curators of a new exhibition are hoping to shed light on Plymouth’s vibrant but often overlooked nightlife.