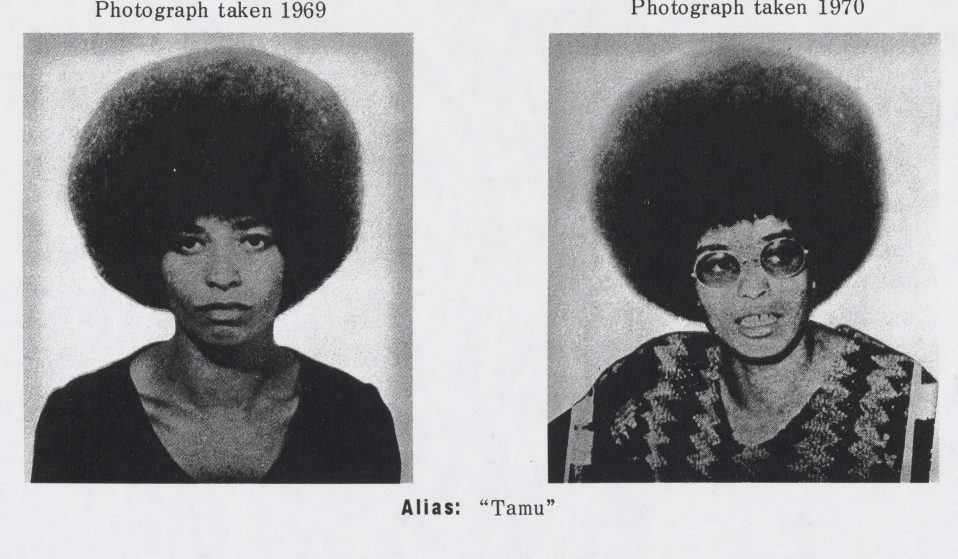 A new exhibition uncovers the political activist’s photographs, speeches and letters, tracking the experiences that helped make her the woman she is today.

A new exhibition uncovers the political activist’s photographs, speeches and letters, tracking the experiences that helped make her the woman she is today.

Labelled a “dangerous terrorist” and a threat to the United States by President Richard Nixon, political activist Angela Davis was never afraid to take on the law.

The new exhibition, Angela Davis: Freed by the People, takes its title from a pamphlet that announced her not guilty verdict in the infamous 1972 case where she was charged with the “aggravated kidnapping and first-degree murder” of Judge Harold Haley.

Before the ruling, Davis spent 16 months in solitary confinement. Fortunately, prison did not break her – instead, it transformed her into a hero for people from all walks of life. One of the foremost figures in the global struggle for human rights over the past 50 years, Davis stands squarely at the intersections of race, gender, and class. Even now, at 75, she remains on the frontlines, fighting for prison abolition and freedom for the oppressed; from Ferguson to Palestine.

Freed by the People is designed to speak to multiple audiences simultaneously, reaching activists, scholars and students. The exhibition begins with Davis’s childhood in Birmingham, Alabama, and tracks the experiences that helped make her the woman she is today. 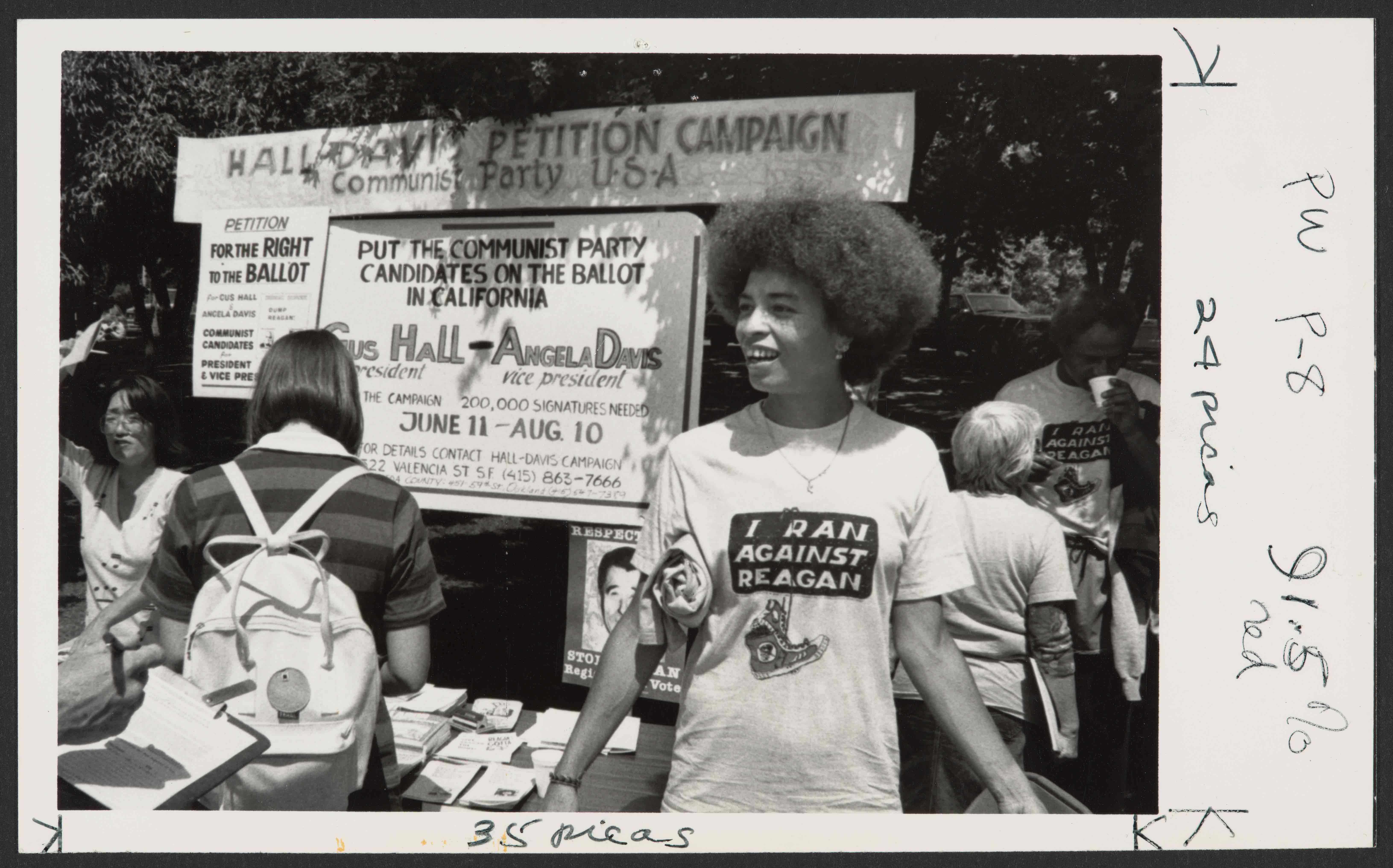 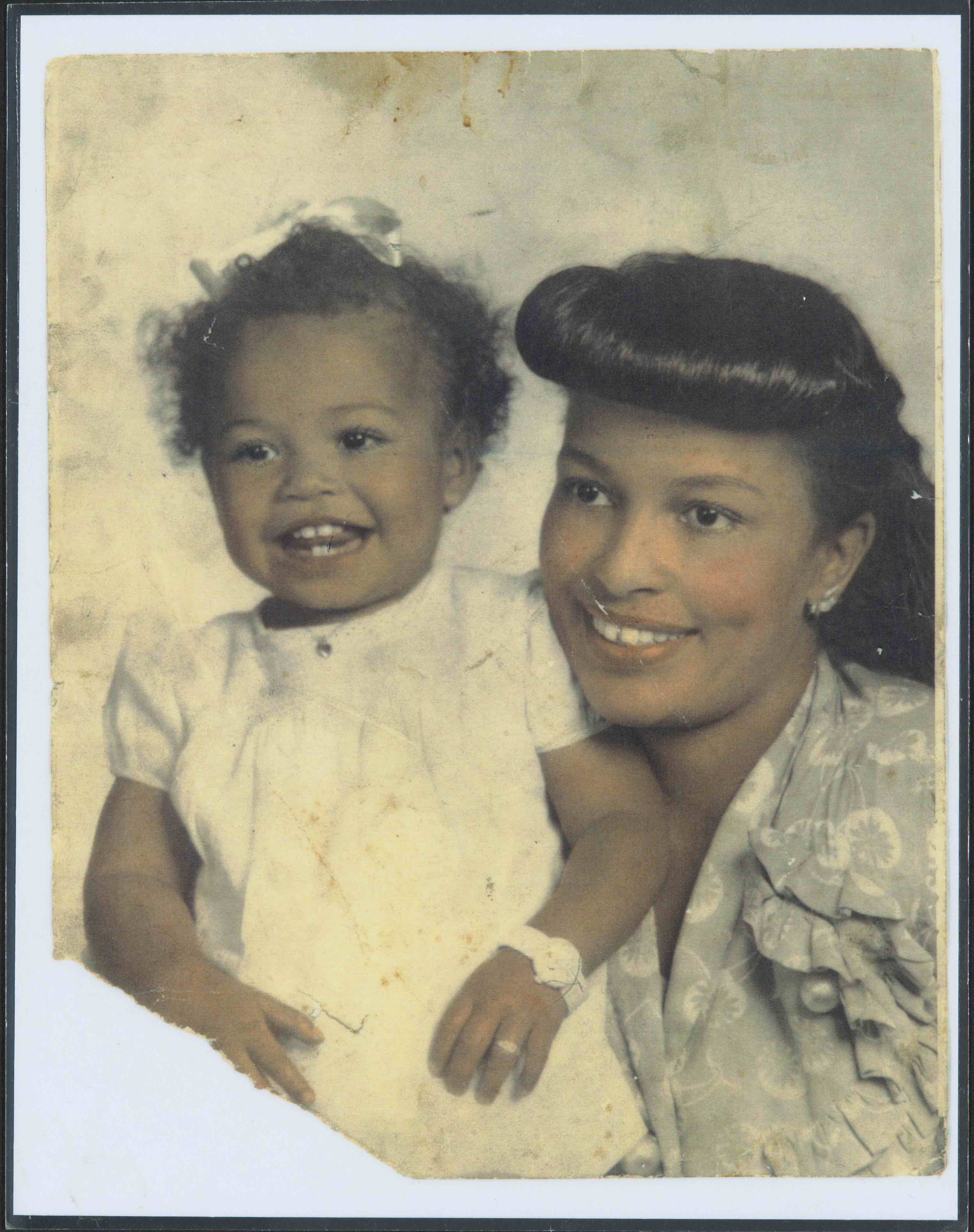 Angela Davis as a toddler with her mother, 1946. Courtesy of Schlesinger Library

“I’ve often pointed out that some of my very earliest childhood memories are the sounds of dynamite exploding,” Davis told Democracy Now. “Homes across the street from where I grew up were bombed when they were purchased by black people who were moving into a neighbourhood that had been zoned for whites. So many bombings took place in the neighbourhood where I grew up… that it came to be called ‘Dynamite Hill.’”

The exhibition continues forward in time, taking viewers through her historic trial and offering intimate insights into the way Davis thinks, works, and maintains her ongoing commitment to justice. “There is an open letter she wrote to high school students while she was incarcerated,” says Meg Rotzel, Arts Program Manager at Radcliffe.

“The letter itself was written on a yellow legal pad and it looks like it was printed out even though it is in her cursive hand because it is so precisely written. There is a deepness there that is coming out physically onto the page. That is a telling thing. This is what the exhibition does: it connects us to Davis through her personal effects. These items carry meaning and whoever encounters these will find their own way.”

Freed by the People also features Davis’s work as a feminist and how the struggles for justice cut across communities. “Her message is freedom and people can relate to that very clearly,” Rotzel says. “She is dedicated to the struggle and she does it with humanity, over and over and over again.” 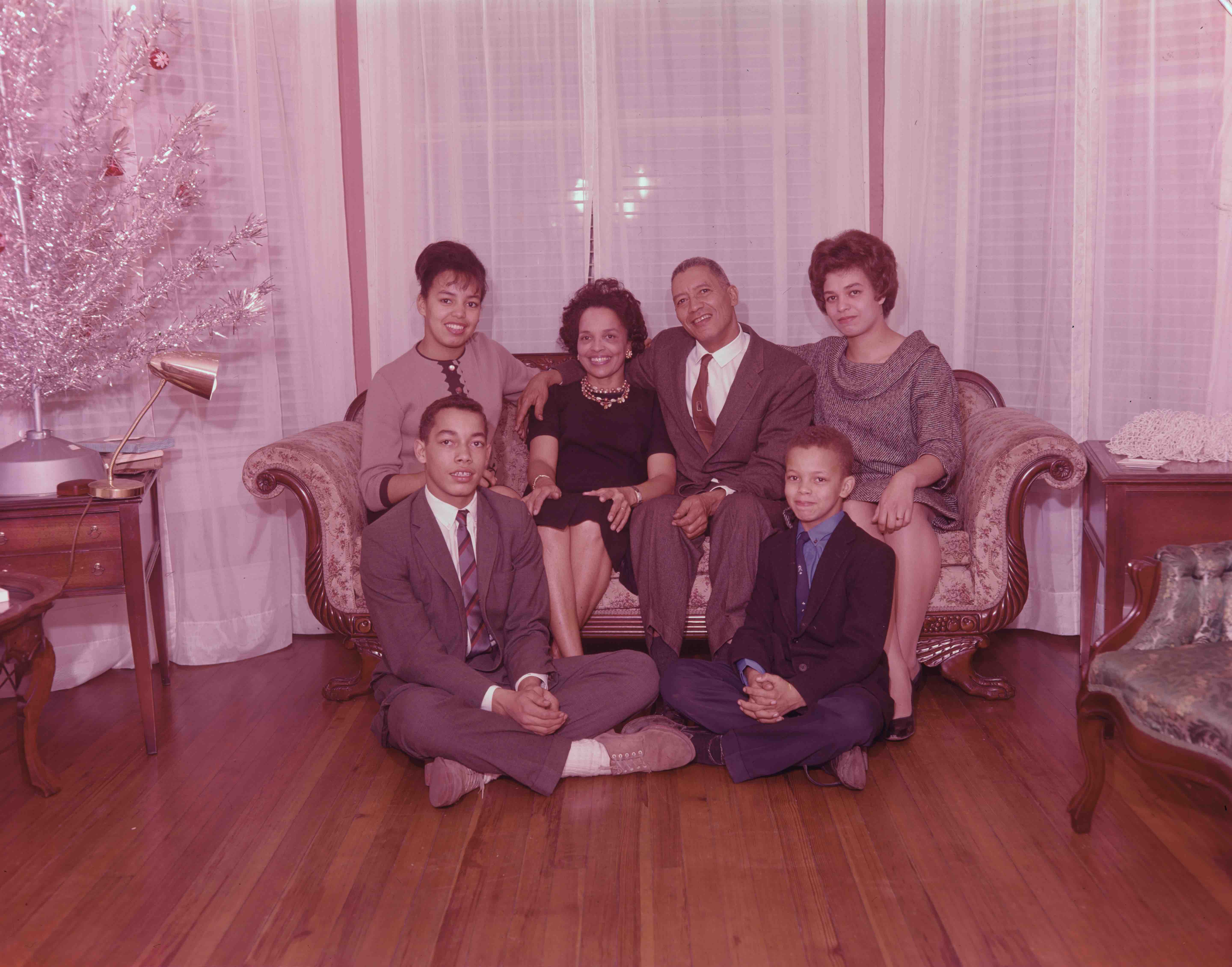 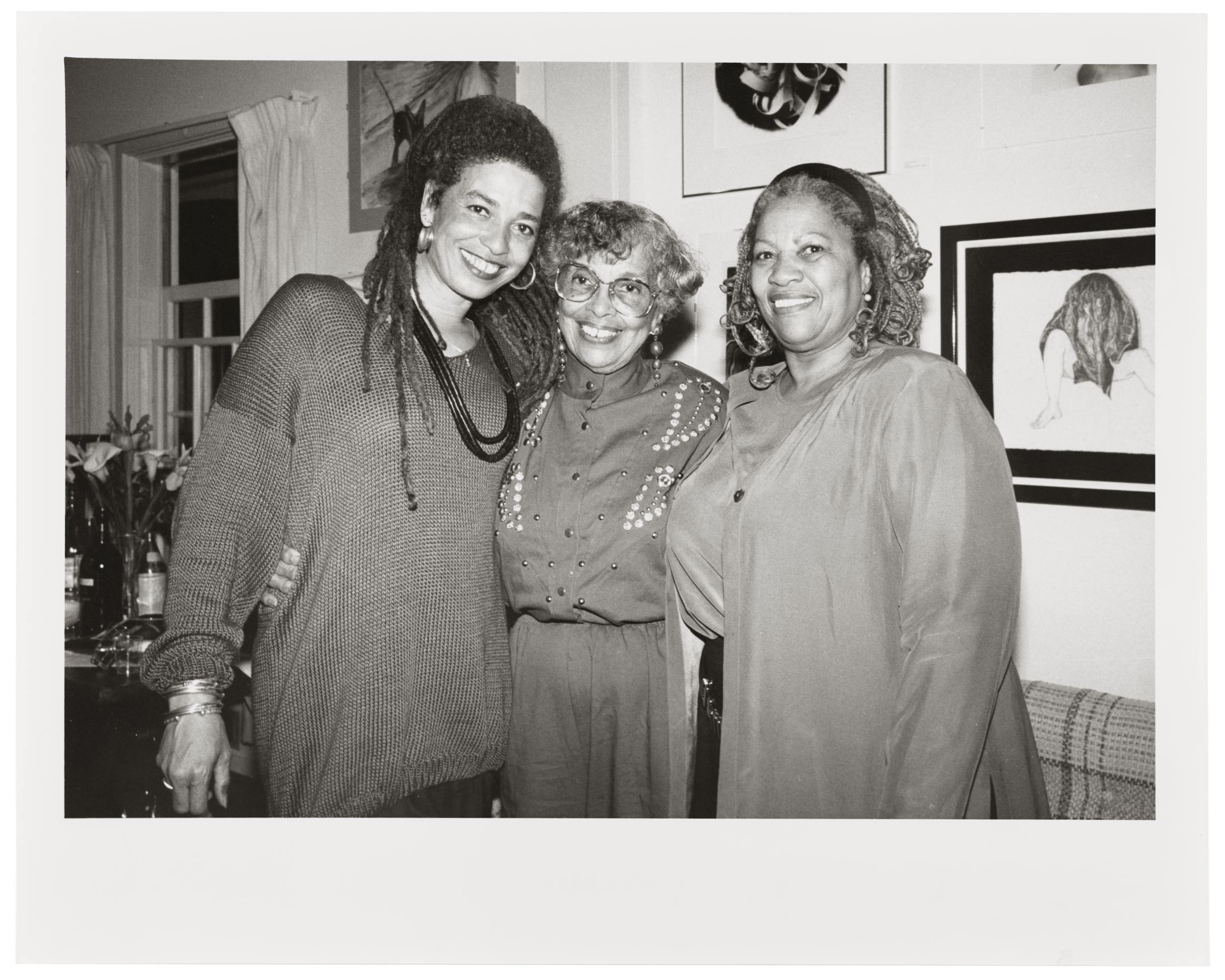 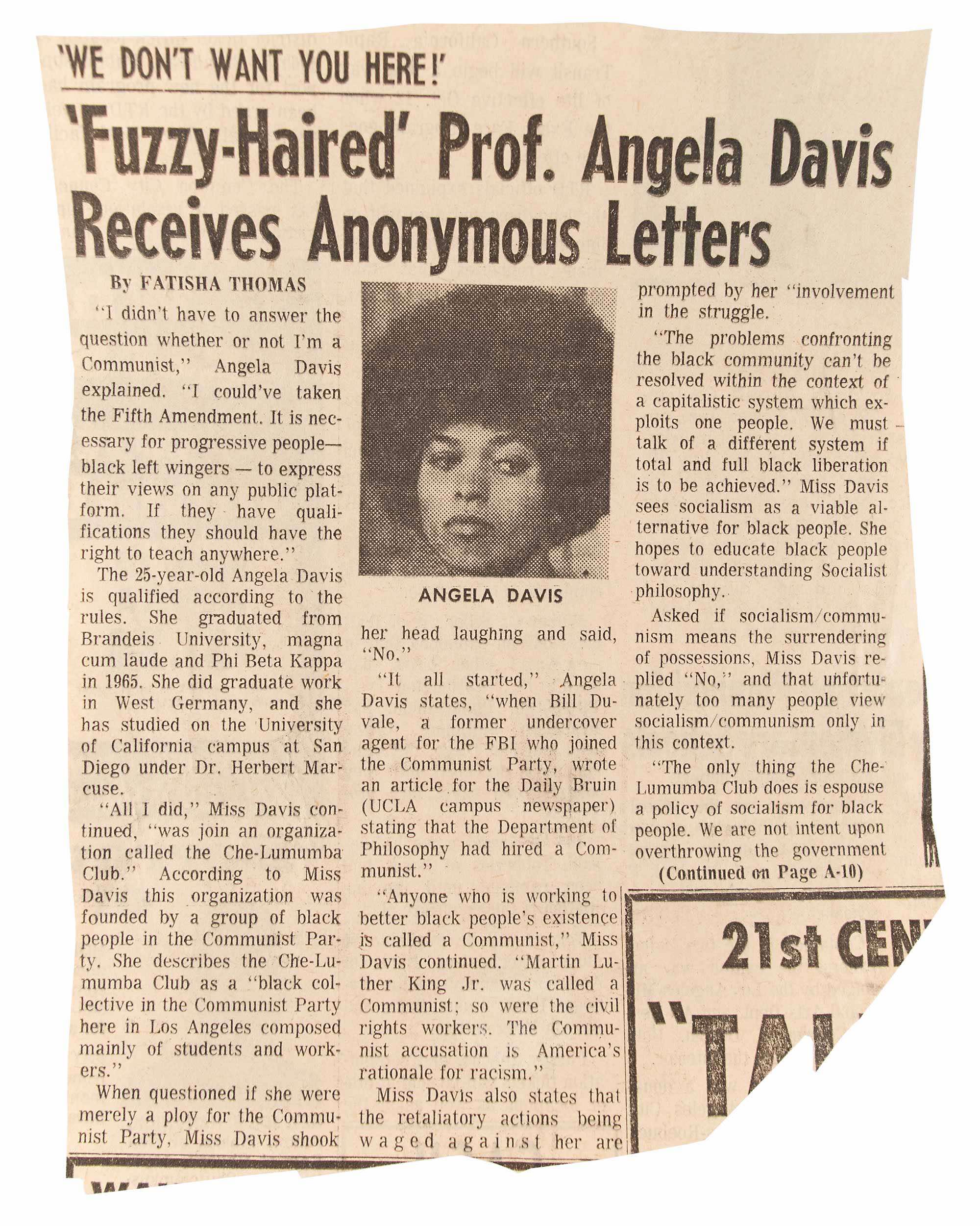 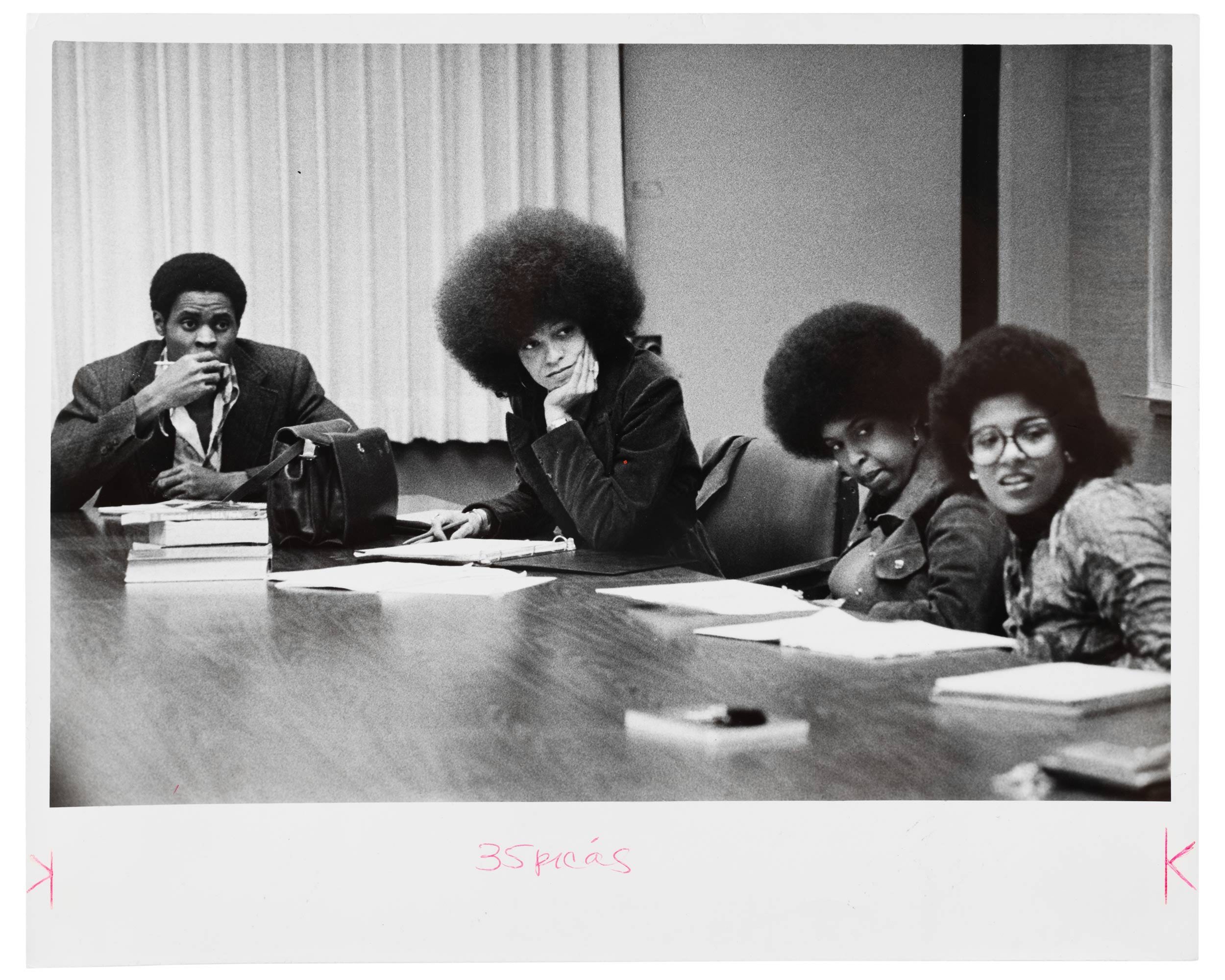 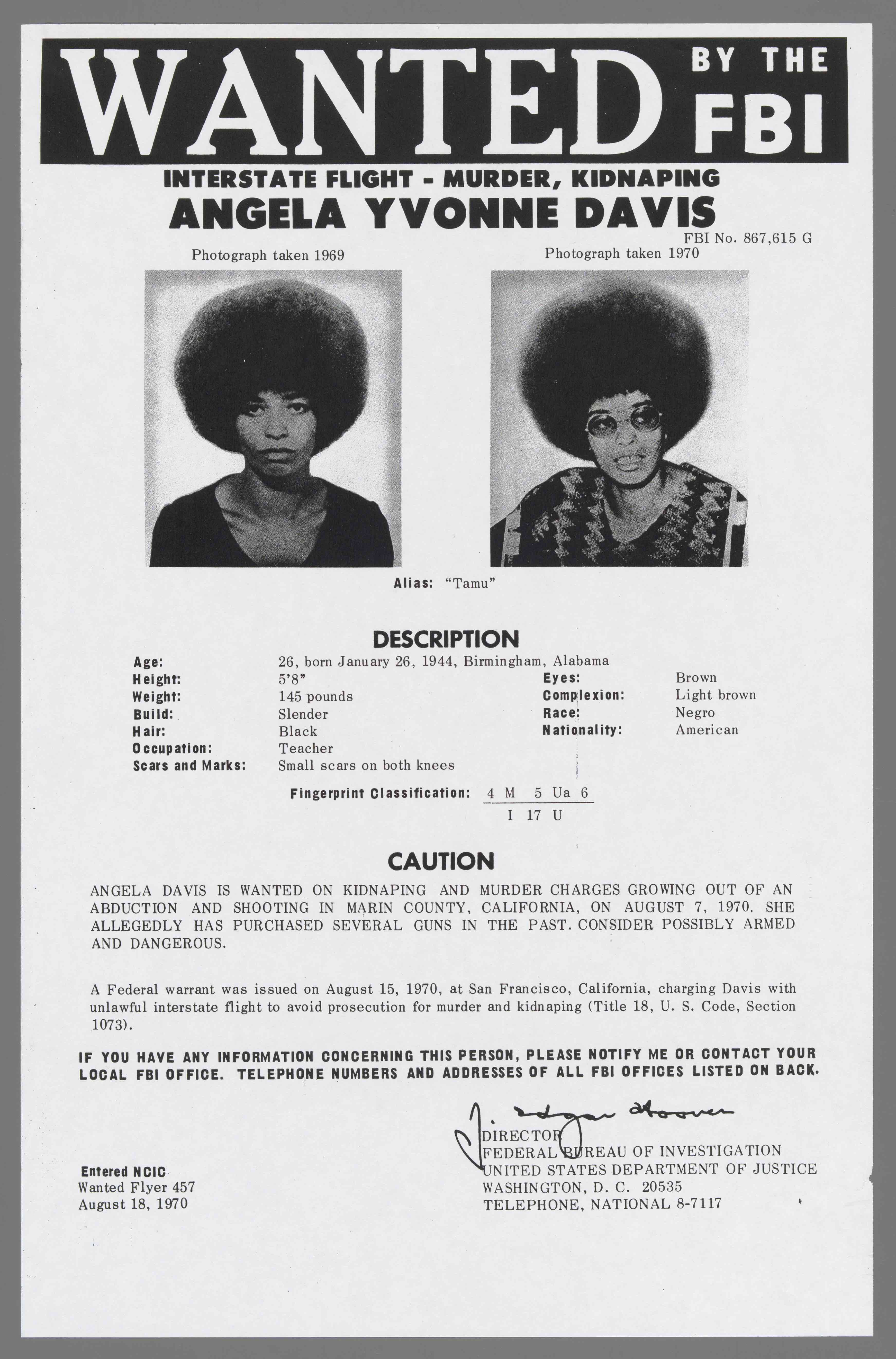 Angela Davis: Freed by the People is on view at the Radcliffe Institute for Advanced Study at Harvard University until March 9, 2020.

Linkedin
RELATED ARTICLES
OTHER ARTICLES
As the Criminal Bar Association enters its fifth week of action, criminal barrister Russel Fraser explains why the legal professionals have walked out and how action is likely to escalate.
With the virus now a global health emergency, we must take steps to fight misinformation and demand a swift UK-wide vaccine roll out, writes Phil Samba.
Photographer Bud Glick recounts documenting everyday life in the area, and what it taught him about the Chinese immigrant experience.
Students are being left to languish in unsafe housing, in some cases leading to serious health complications.
With the UK now set to run out of vaccines, people working in the sex industry – particularly outside of major cities – have been left especially vulnerable, reports Brit Dawson.
Protestors gathered outside Downing Street following the latest atrocities committed by Israel against Palestinians living in the besieged strip.