News & Politics / Activism / #Climatestrike: our house is on fire, it’s time to act like it 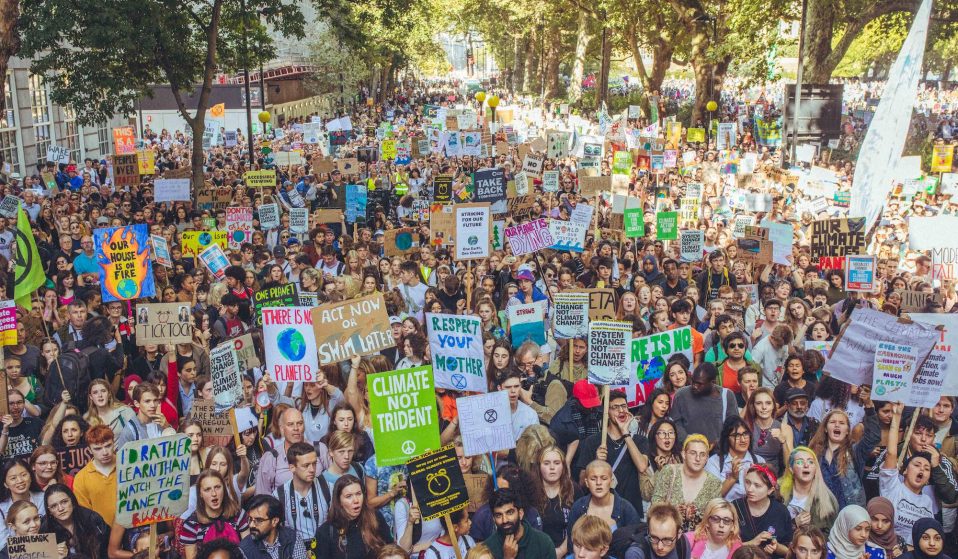 It started in the Pacific, as every day does. It’s apt, some might say, that a global day of action on climate should start here. The ocean, and the island communities populating it, are on the front lines of the chaos caused by climate change, with many already feeling the effects of rising sea levels and severe weather.

It was in the Pacific region that school children – inspired by Greta Thunberg’s Fridays For Future protests – kicked off today’s Global Climate Strike. In Tasmania, 22,000 people took to the streets in the biggest strike the island had ever seen. In Sydney, up to 100,000 people joined demonstrations in the city. As the sun chased the night across the globe, millions poured out of their homes, schools and workplaces to join them, with reports of over 3,000 similar events across the globe.

In London this morning, 100,000 people gathered on London’s Millbank to protest in the shadow of Parliament. The demonstration – called by UK Student Climate Network – saw school children, college students, their parents, and people striking from work, take to the streets to call for climate justice. Similar protests have occurred up and down the country, with over 150 demonstrations and events organised from Cornwall to Scotland.

Atop a silver double-decker bus parked across the closed thoroughfare, speakers addressed the crowds. They included Wretched of the Earth, All African Women’s Group, journalist Owen Jones, and leader of the Labour Party Jeremy Corbyn, who set out his plan for a “green industrial revolution”. 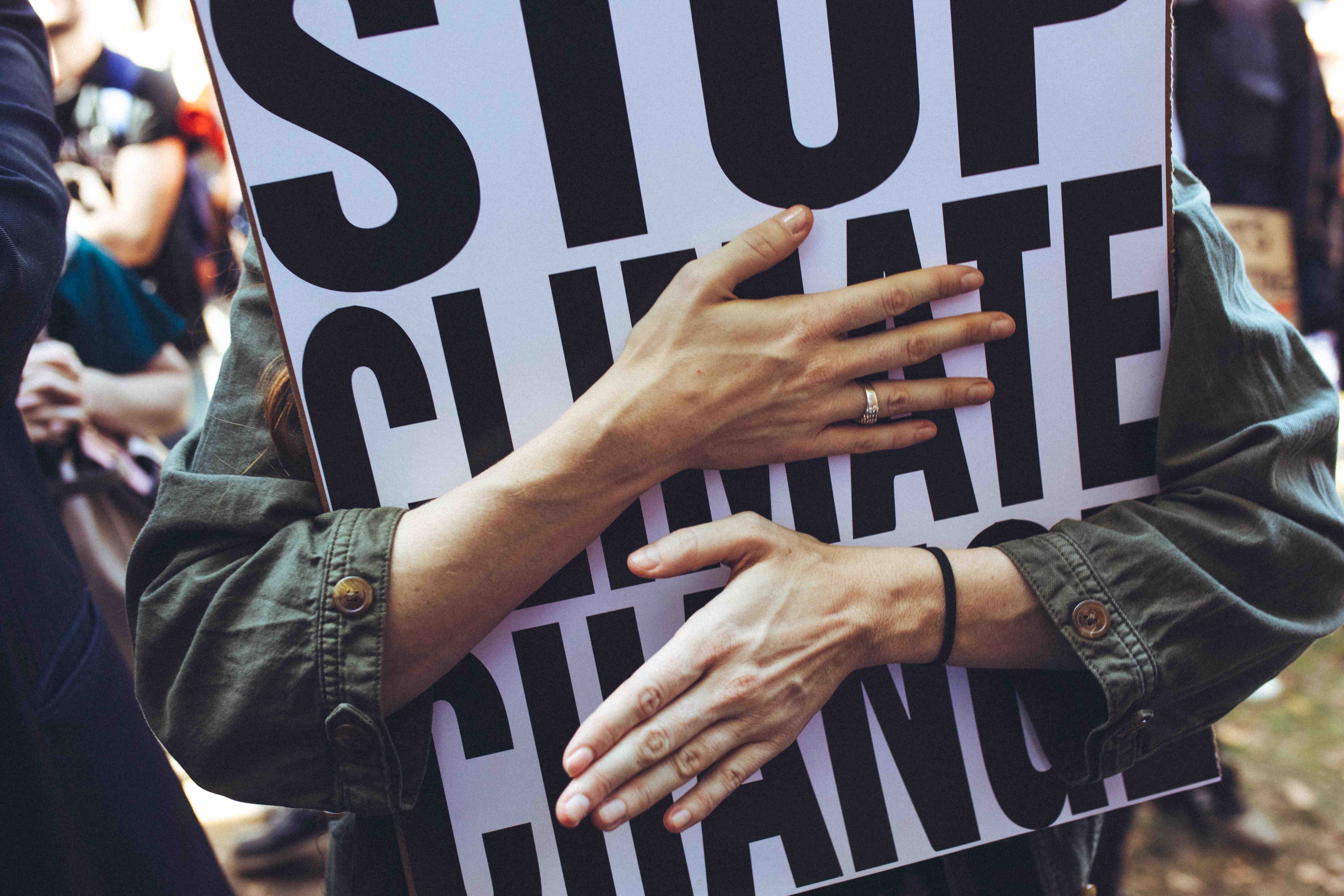 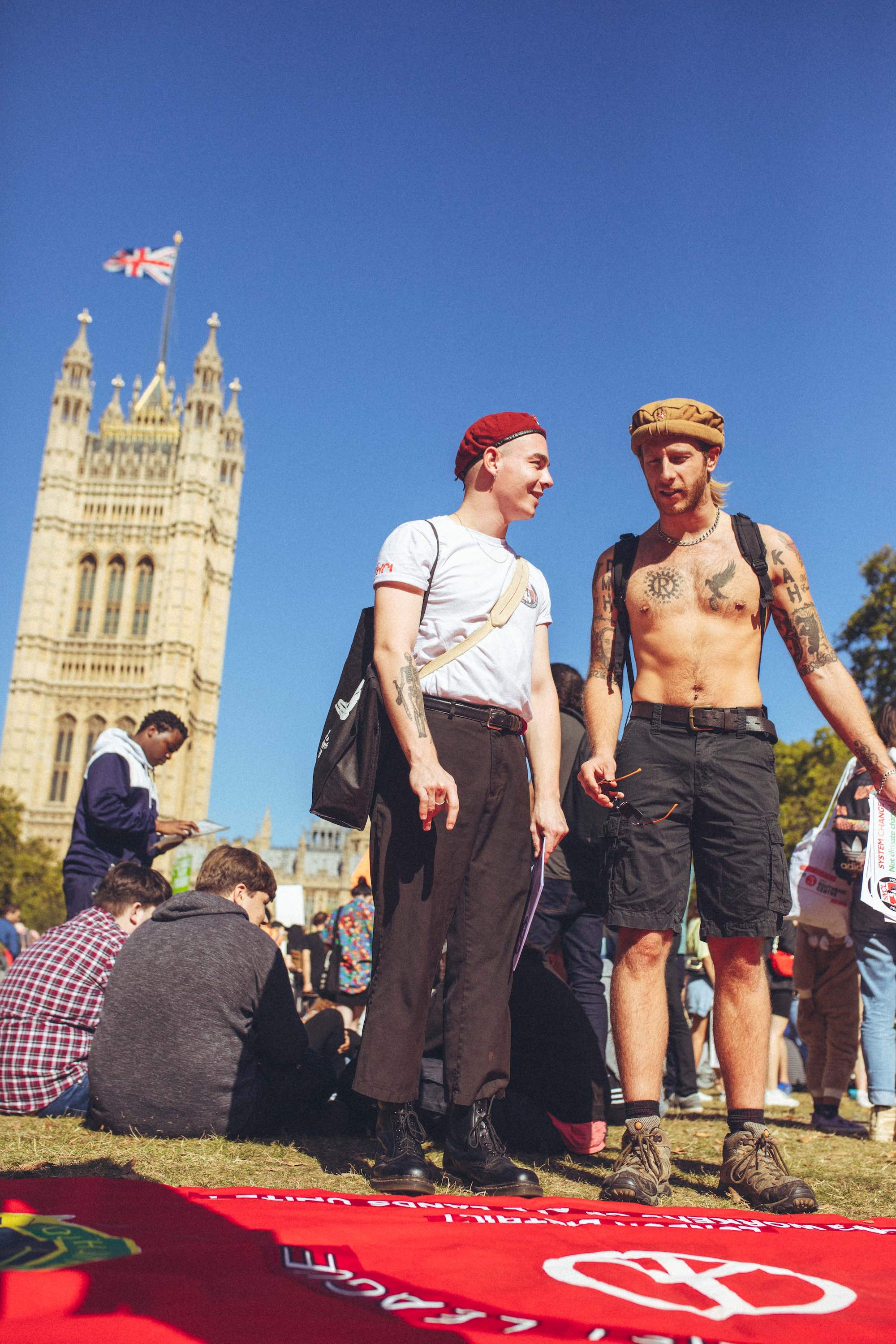 Also speaking was Caroline Lucas, Green MP for Brighton Pavillion. Lucas thanked the crowd for their energy, hope, conviction and courage before stating she’d seen “more political leadership” on the streets of London today than she’d “ever seen in the Palace of Westminster”. She went on to call the climate crisis the “biggest social justice issue of our time”.

According to an Opinium poll, 51 per cent of people now say climate change policy will be a major factor in the way they vote in the next election (with 68 per cent of 18-24 years seeing it as a crucial factor). Six in 10 now say they have no confidence in the UK Government’s willingness to tackle climate change.

Jess Ahmed, a 16-year-old on the demonstration, said: “The government’s failure to tackle climate change and implement effective policies can’t be ignored anymore. That’s why millions of people have taken action globally, demanding change and policies that will protect our future, such as a Green New Deal. Instead of focusing all their energy on Brexit, we desperately need our politicians to put their time, resources and money towards dealing with the worsening climate emergency. Time is running out.” 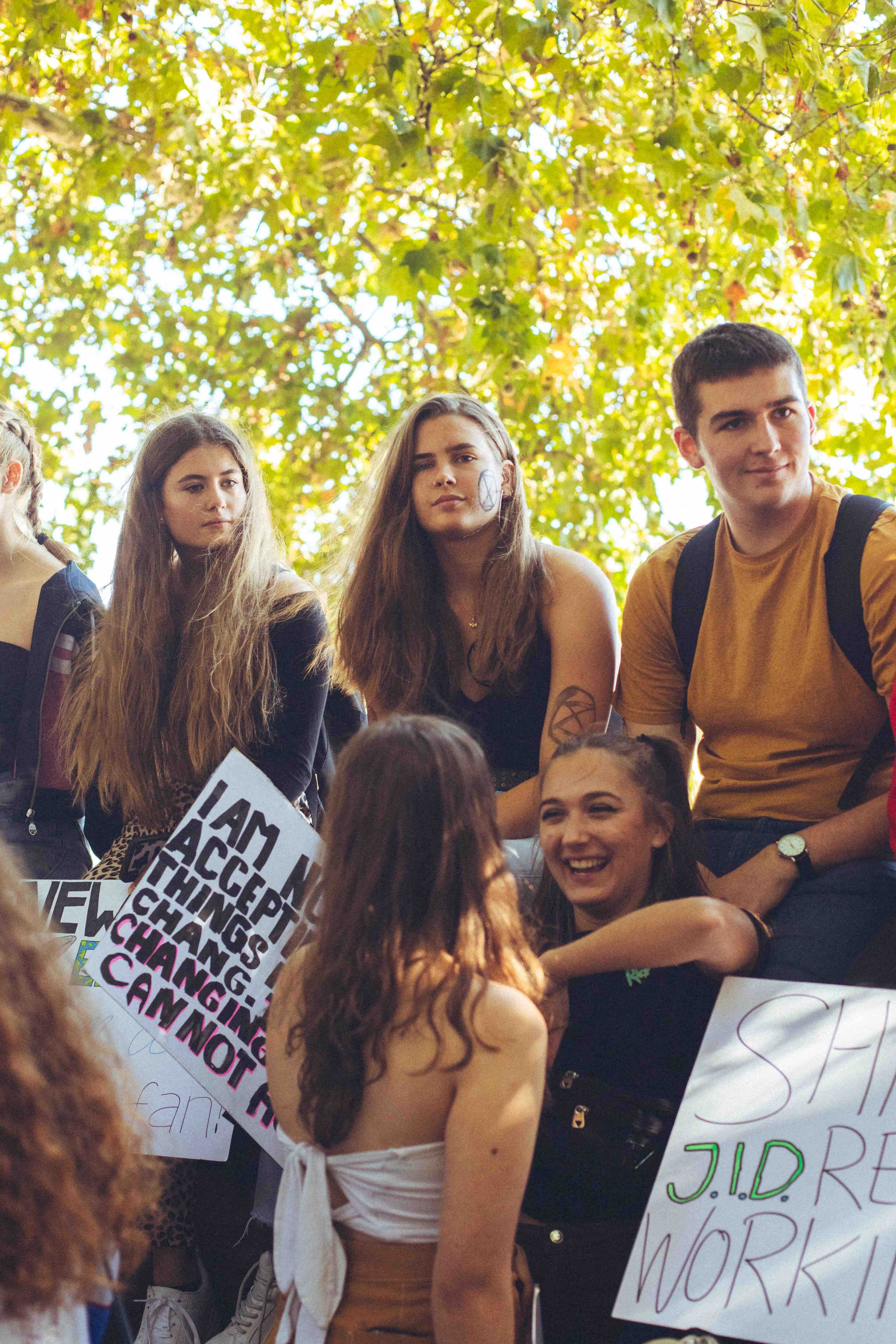 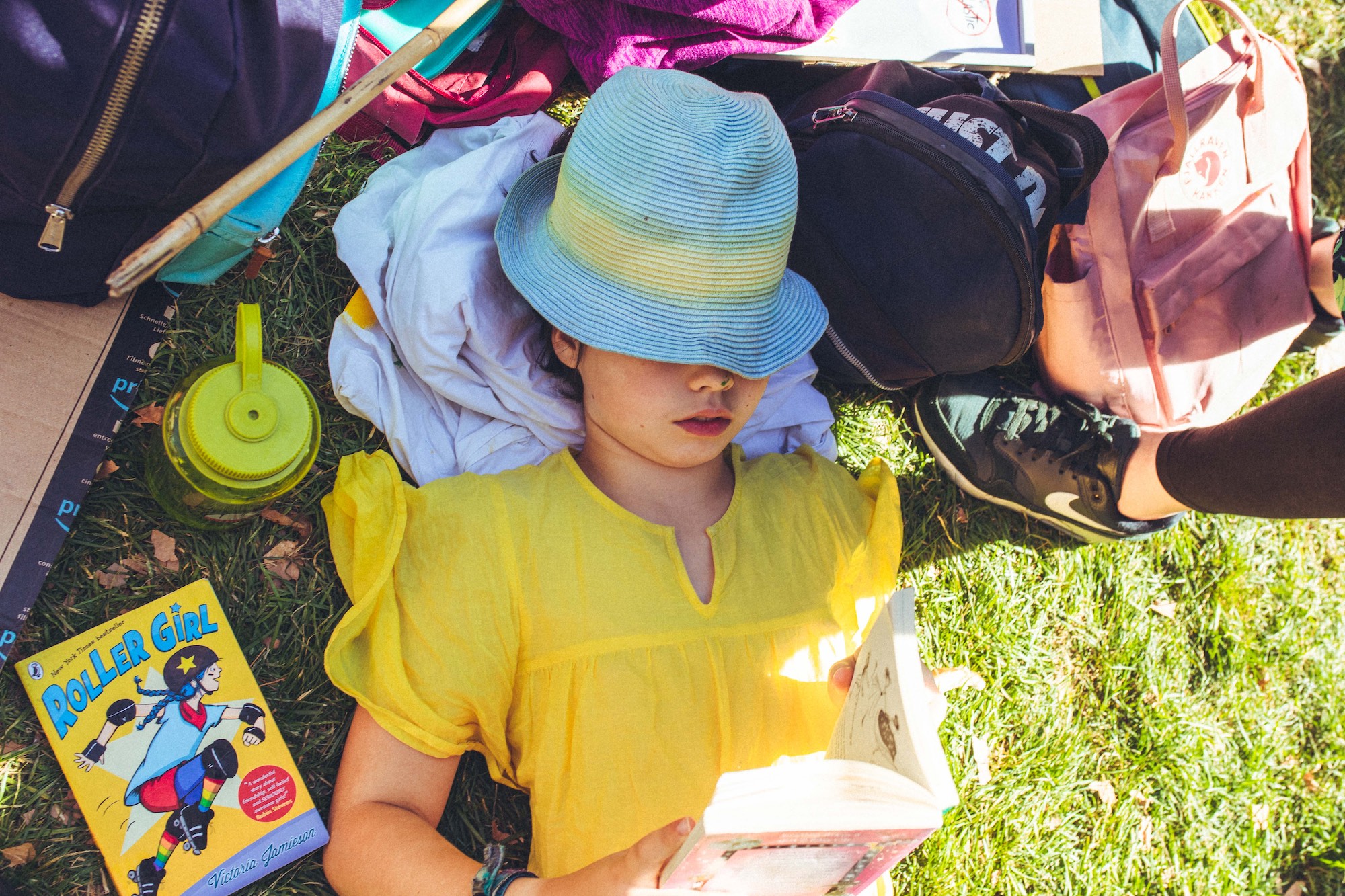 Within the crowd were groups and organisations keen to expose the often unseen or unspoken consequences of climate change. Minnie Rahman, Public affairs and campaigns manager for Joint Council for Welfare of Immigrants (JCWI)  was at the front of the demonstration in the migrant justice block.

“People of colour and those in the global south are disproportionately affected by a climate crisis caused by rich corporations in the west,” she told Huck. “At the same time, we close our doors to people who’re forced to leave their homes due to the effects of climate devastation. Climate justice and migrant justice are one and the same – the Hostile Environment must go.”

Staff from Campaign for Nuclear Disarmament also joined the strike. “Climate change and nuclear war both threaten the future of life on this planet,” said Kate Hudson, the CND general secretary. 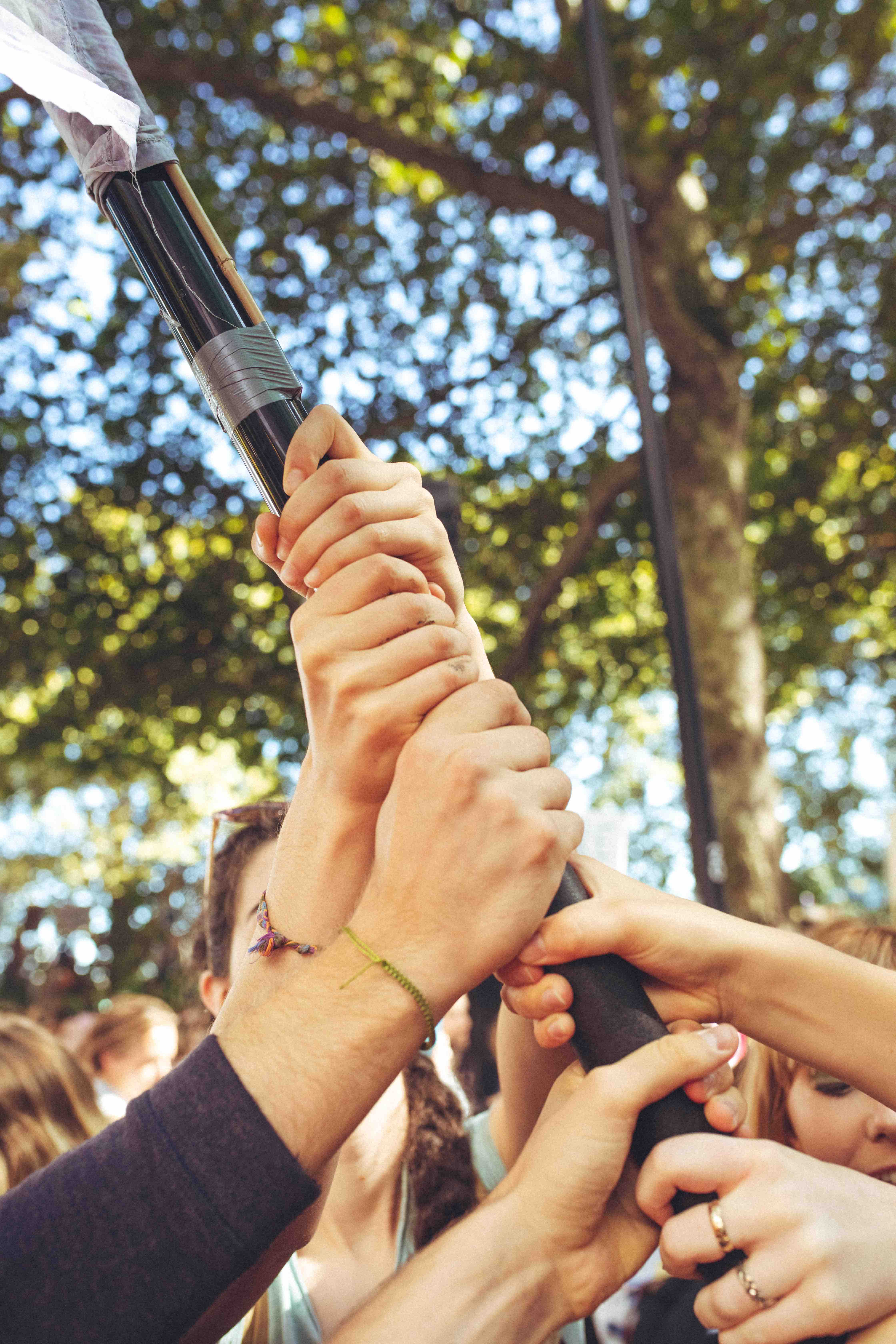 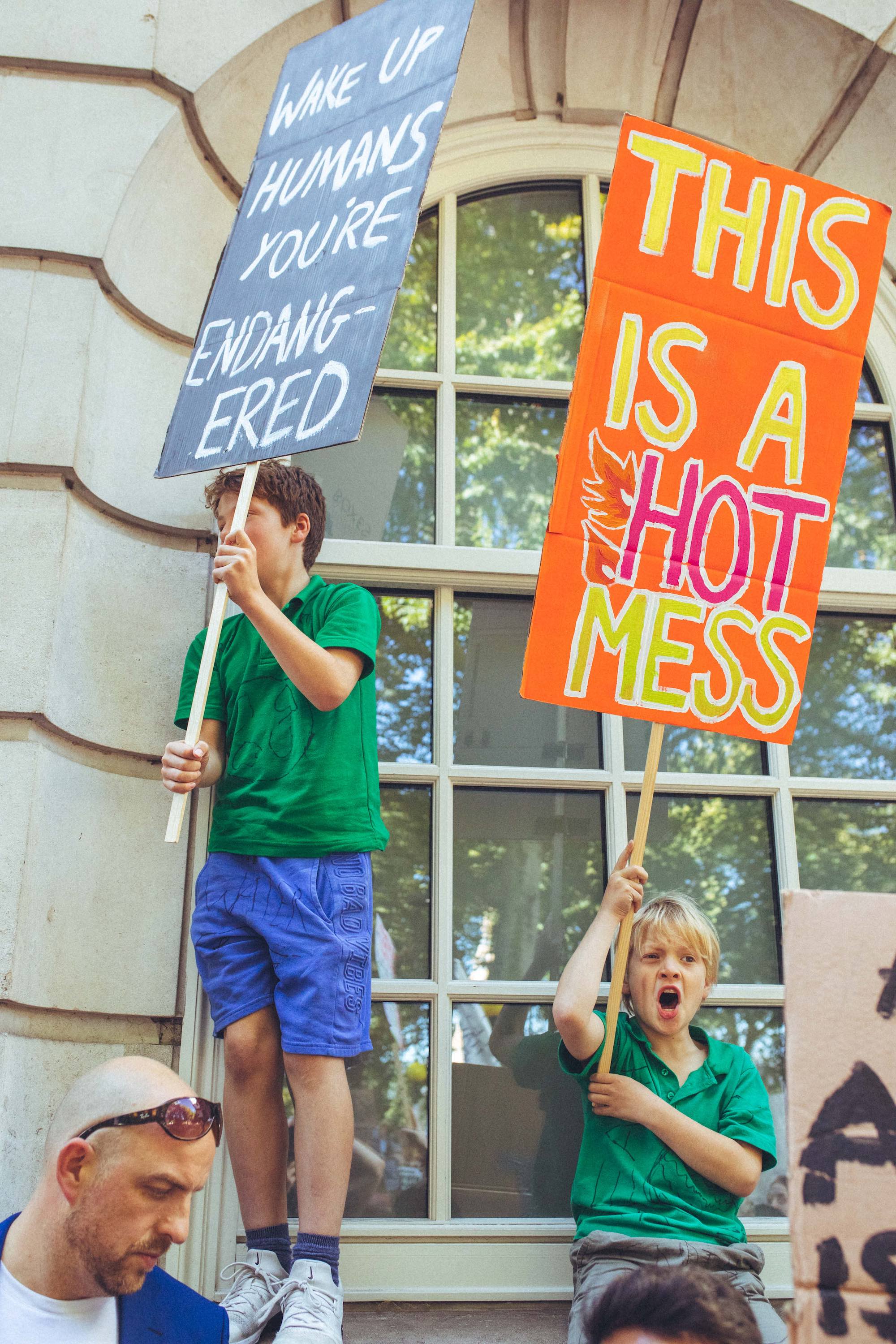 “Replacing Britain’s Trident nuclear weapons system will cost over £205 billion. Not only is this an enormous drain on resources that could be used to tackle climate change, but Trident itself has a huge carbon footprint. We’ve joined the Climate Strike to tell the government to scrap Trident and get on with addressing the climate emergency.”

It’s why the organisation, along with groups like Stop the War, have joined up with climate justice group Extinction Rebellion, to create XR Peace, and plan to blockade the embankment at the beginning of October.

As the speakers finished, the crowd dispersed, with offshoots marching on Downing street whilst others blocked Lambeth bridge. As protests continue across the planet, and the roars of a whole generation’s rage lingers in the air, one thing is clear: our house is on fire, and if our governments won’t put it out, then the next generation certainly will. 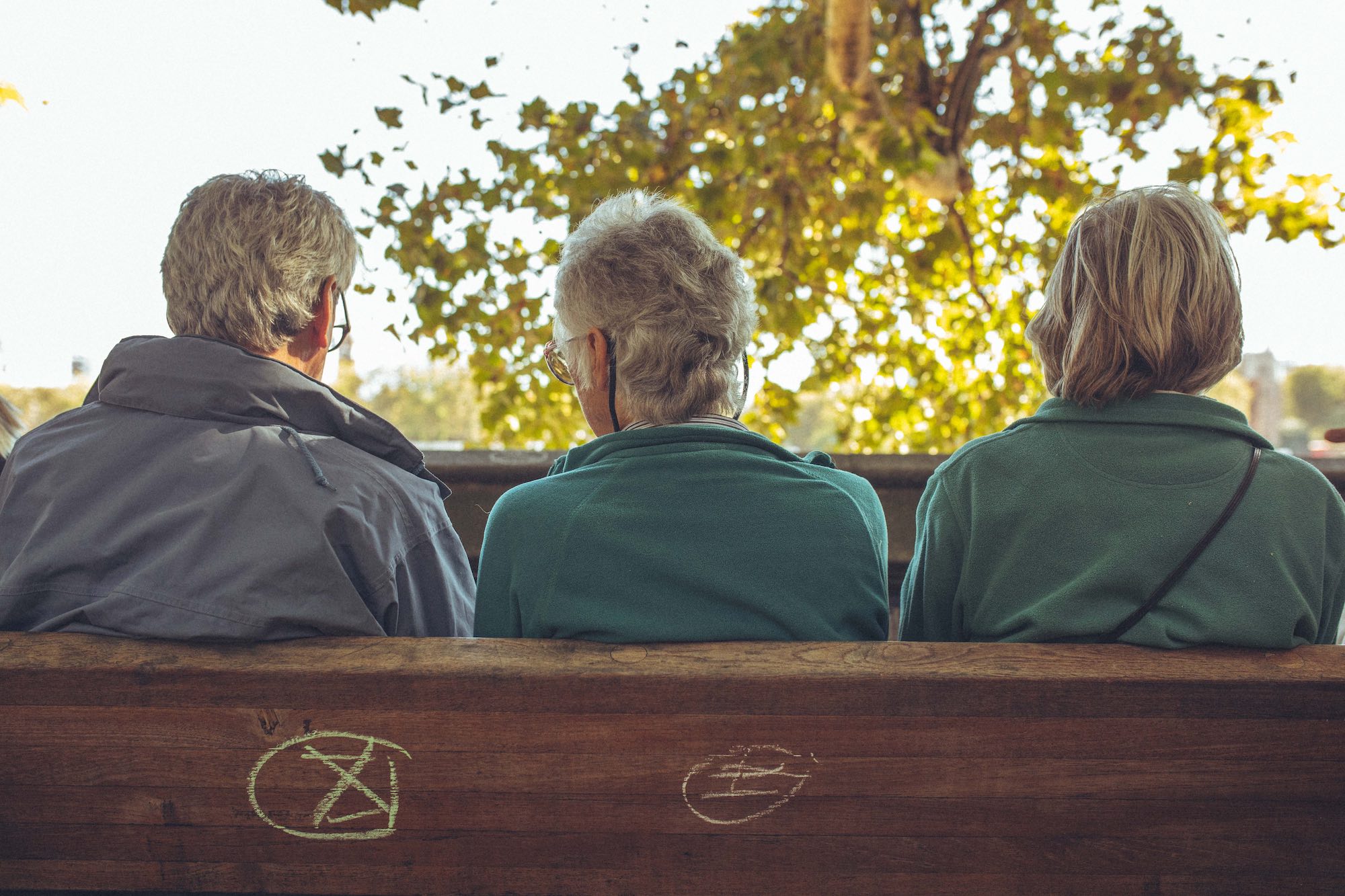 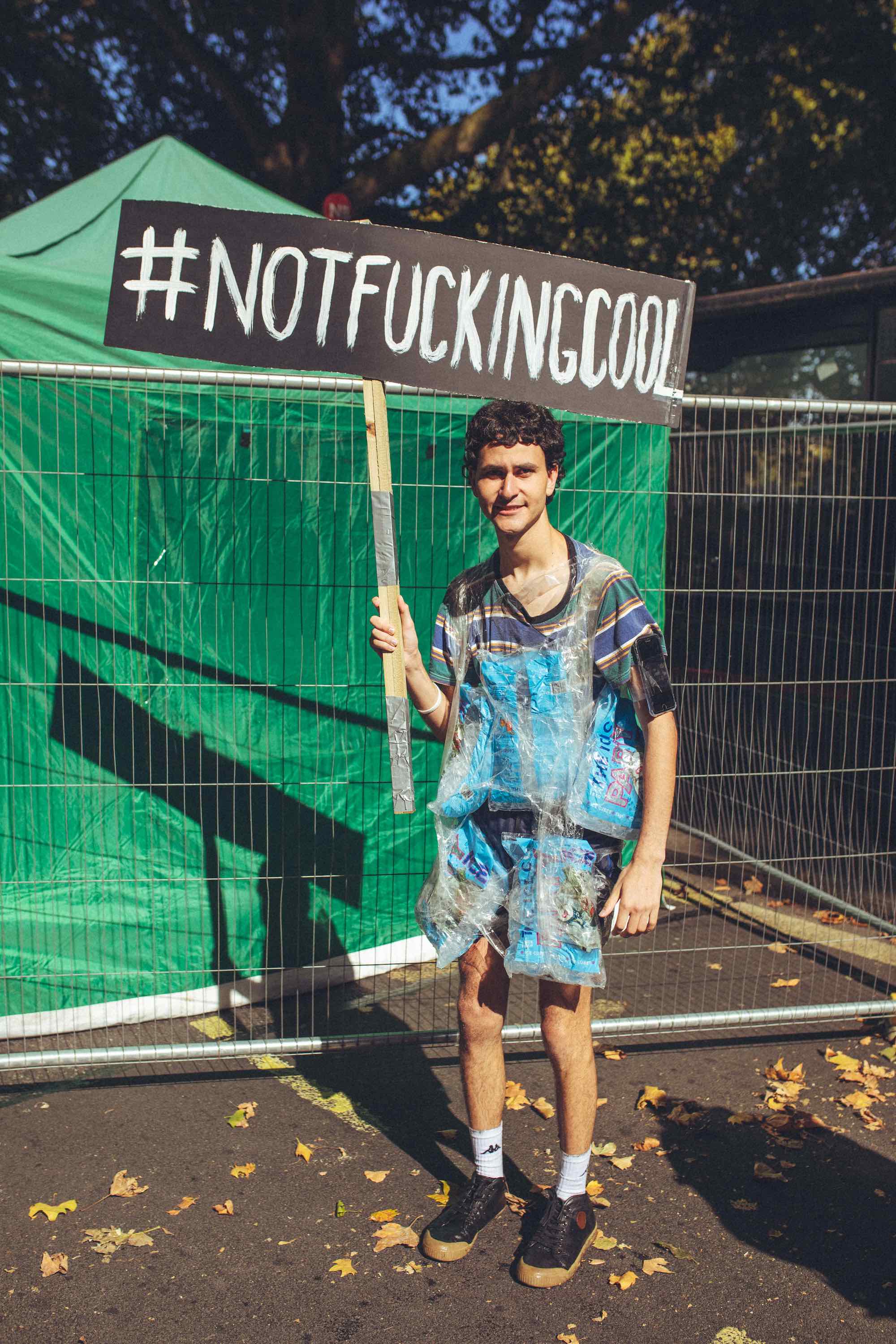 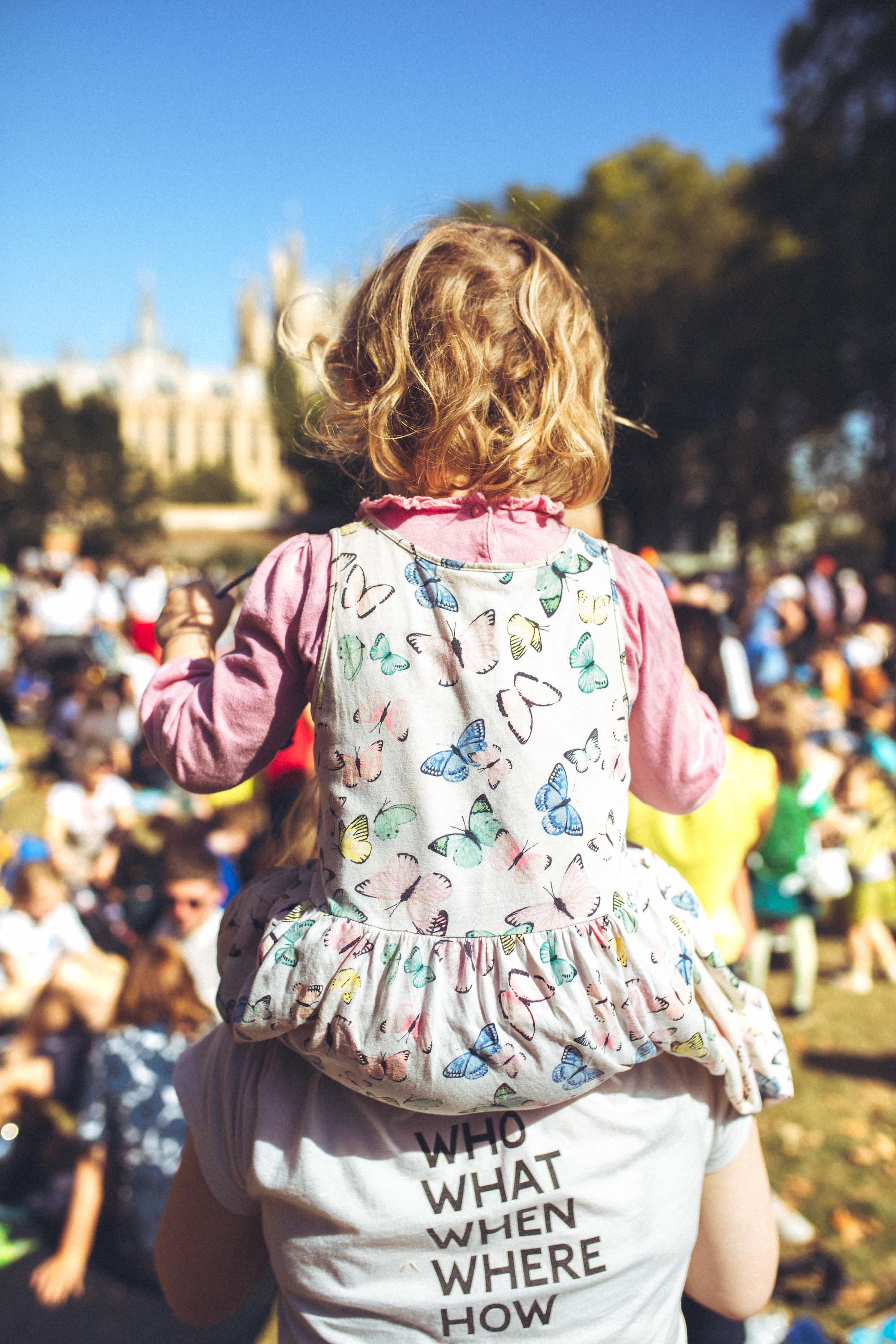 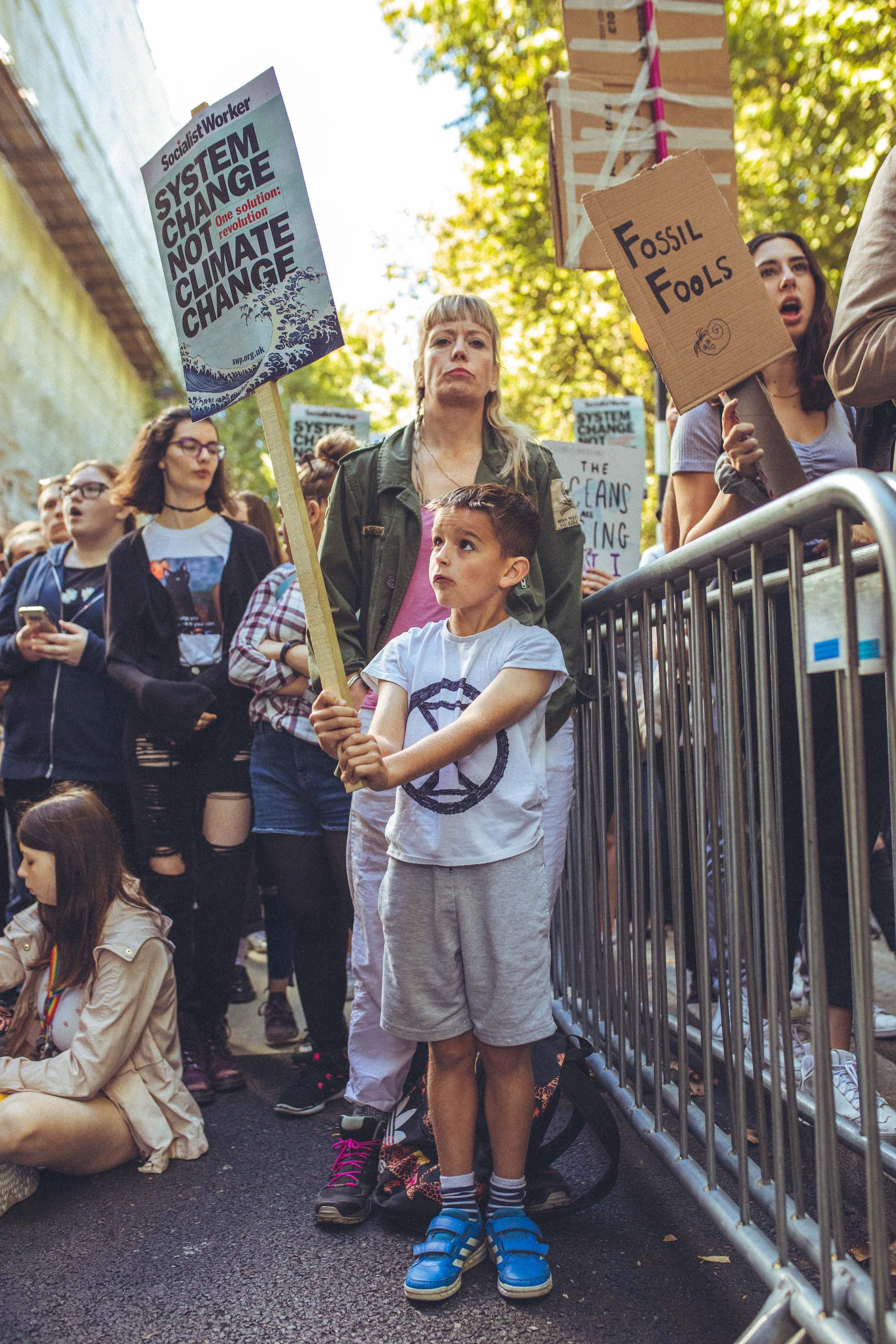 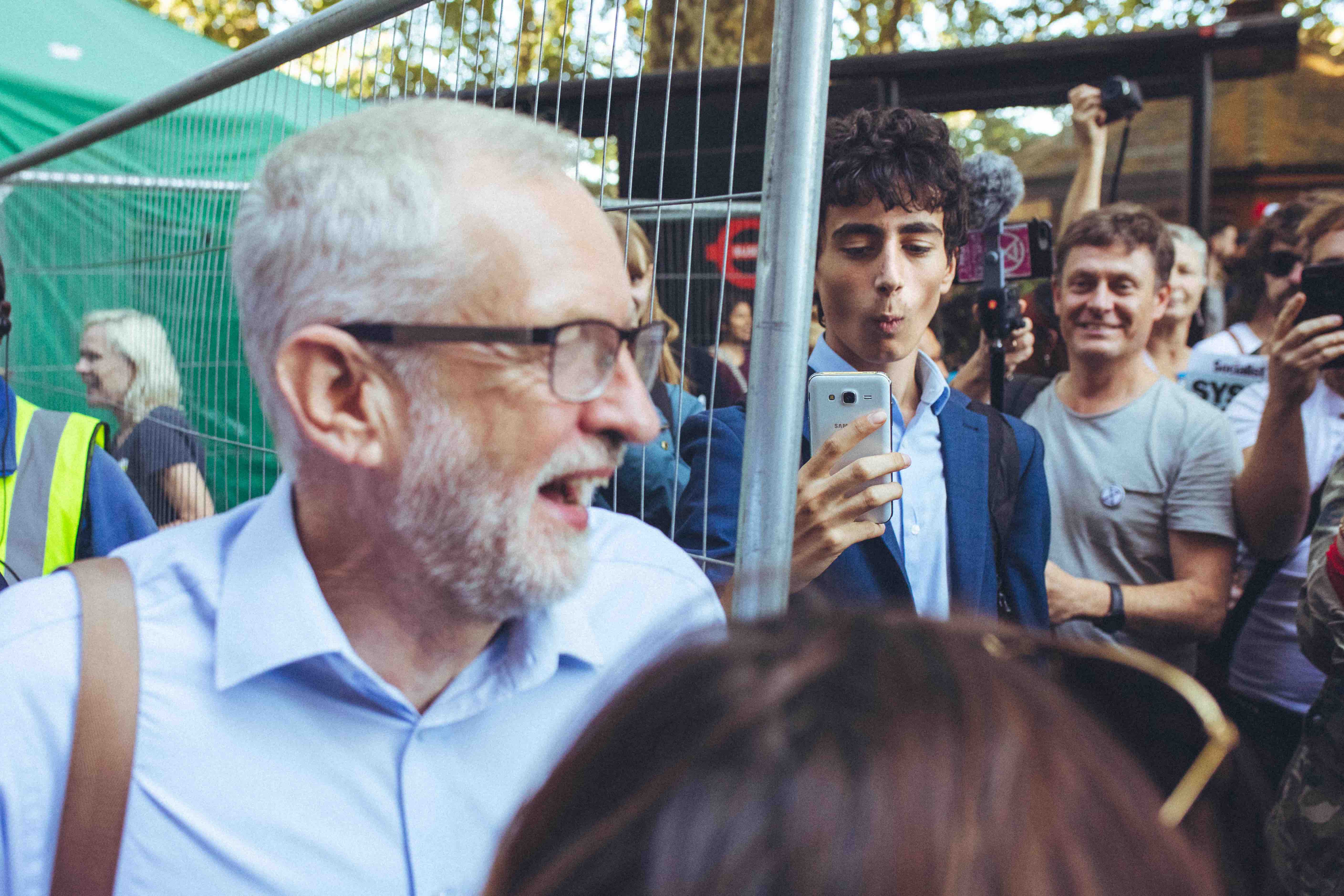 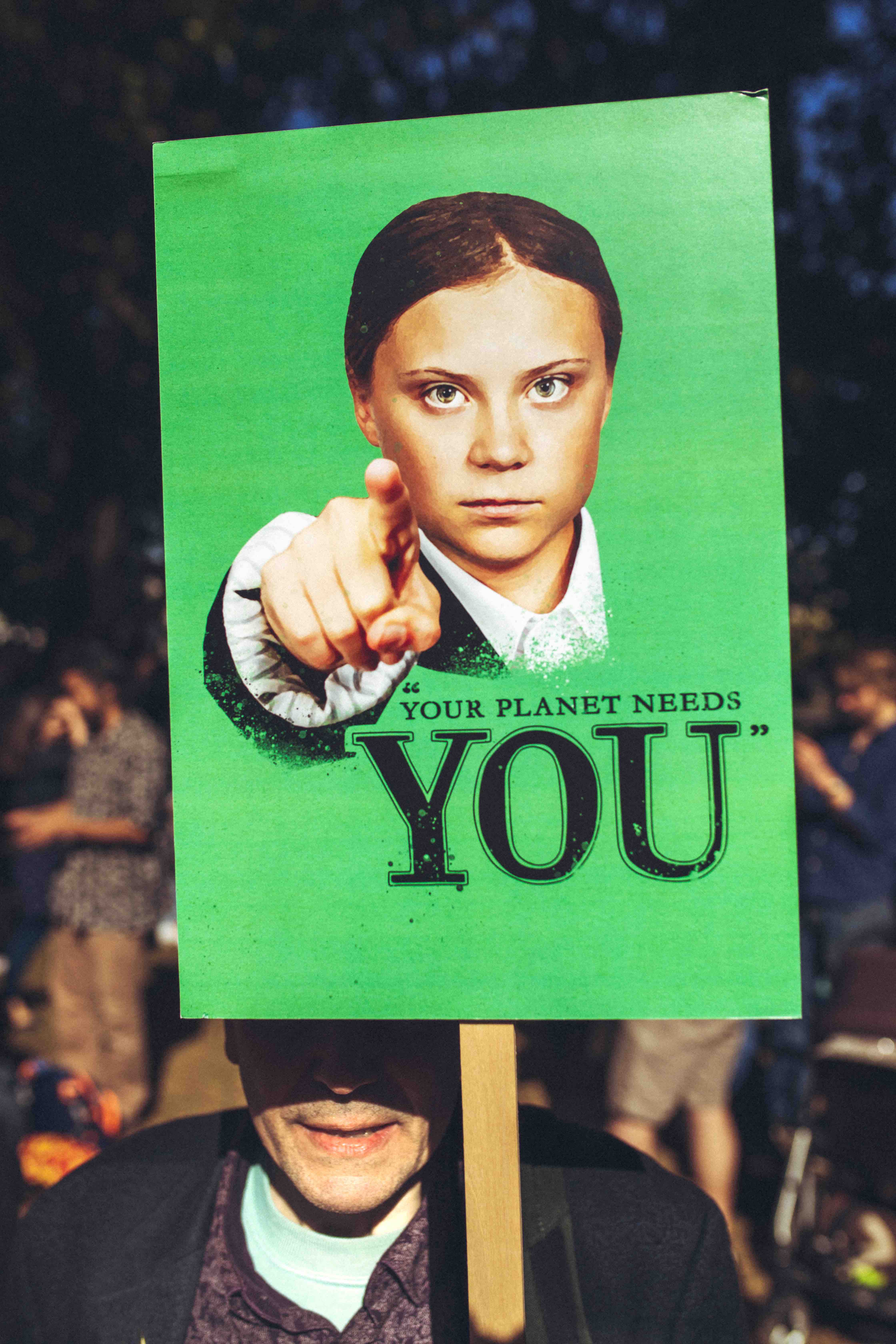 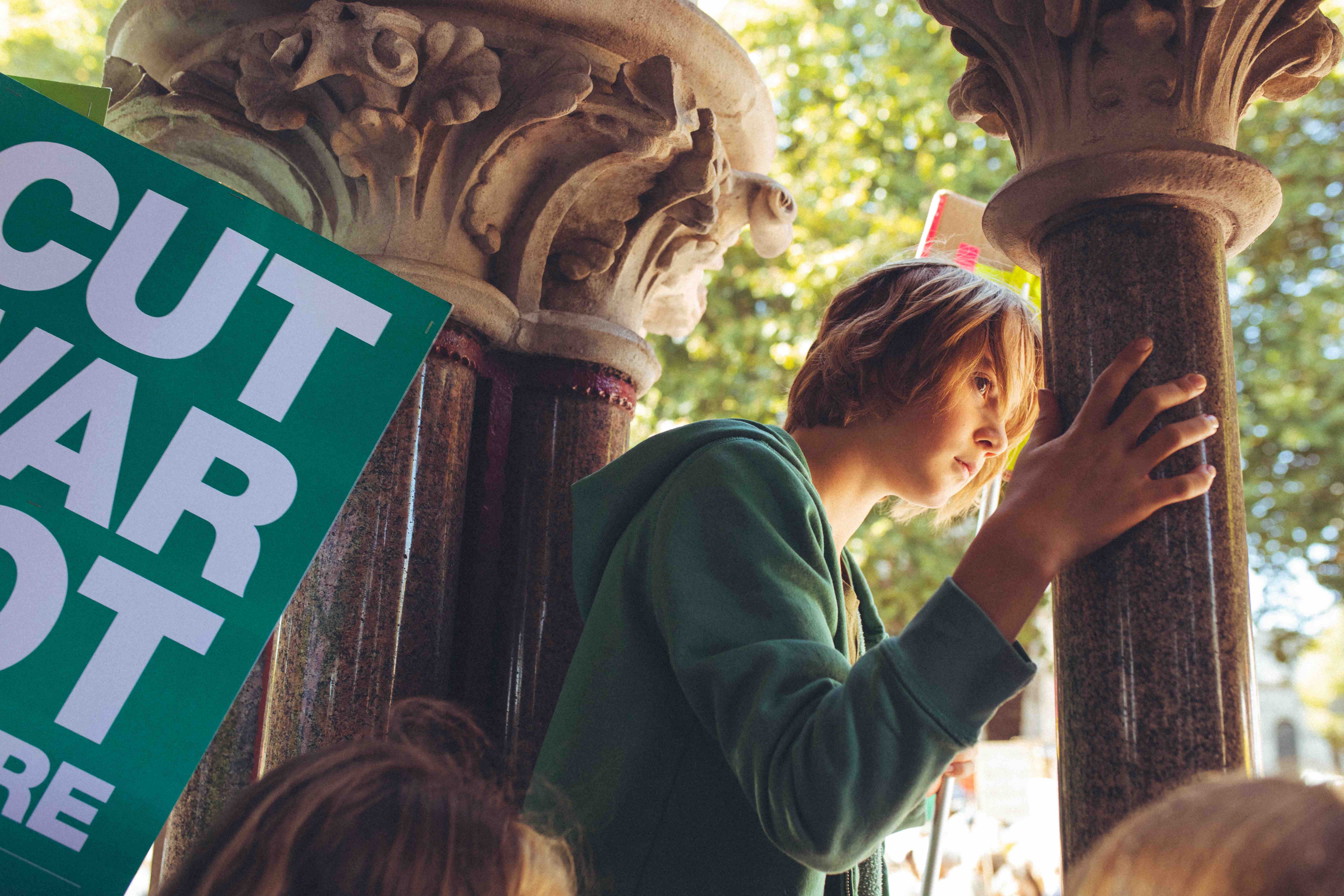 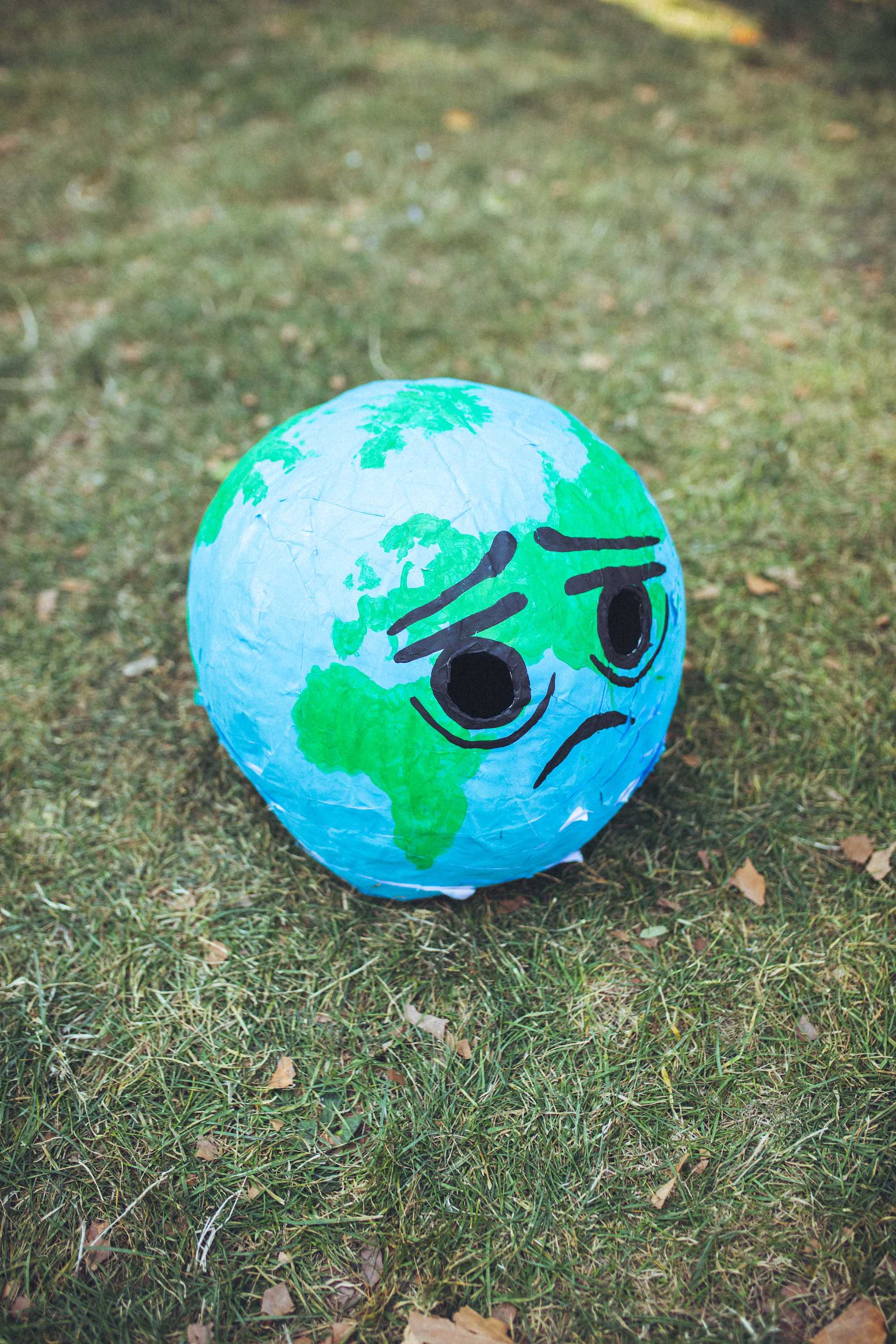 Linkedin
RELATED ARTICLES
OTHER ARTICLES
LGBTQ+ students are keeping the spirit of the original Pride alive by fighting for liberation for everyone, not just their community.
Photographer Arthur Grace recalls travelling through the Soviet Bloc and finding ways to evade the surveillance of his work.
Whether it's partygate, the climate crisis or the spiralling cost of living, the fightback begins on the picket lines writes Tommy Vickerstaff
A new edition of a seminal book brings together iconic images of the band onstage in their full glory and backstage in moments of unguarded camaraderie.
Photographer David Hoffman recalls documenting the extreme wealth inequality around Tower Hamlets and Hackney int the 1980s.
Wealth inequality and the rising cost of socialising is placing a strain on people’s relationships, reports Eve Upton-Clark.