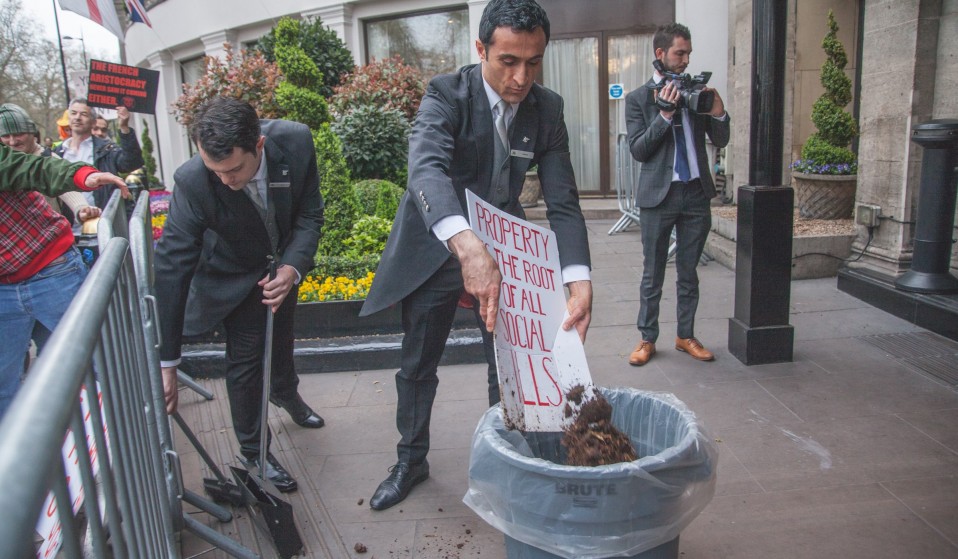 At the annual property developers bash, housing and queer activists stood waiting to make it clear that the housing crisis is nothing to celebrate.

When property developers descended on a swanky London hotel last night to celebrate making cold hard cash from the housing crisis, little did they know activists with bugs, manure and anger would be waiting at the door.

With the Oscars out the way and the BRIT Awards too, award season is now open to the slightly less glamorous industries still keen to celebrate their successes. From the British Kebab Awards to the funeral directors’ annual get-together, there’s an award ceremony for pretty much anyone, including the people who are responsible for the mess that is the British housing market. 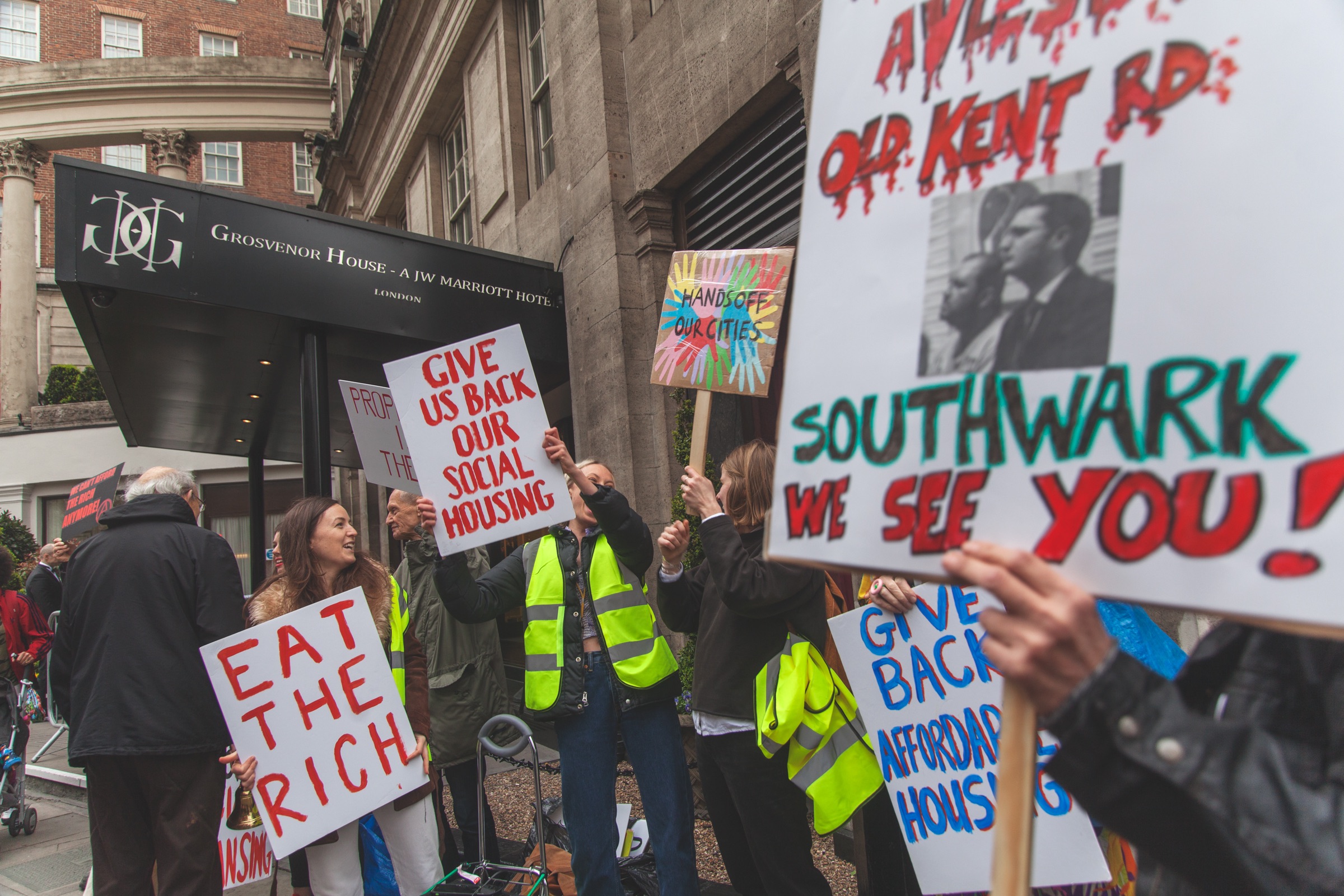 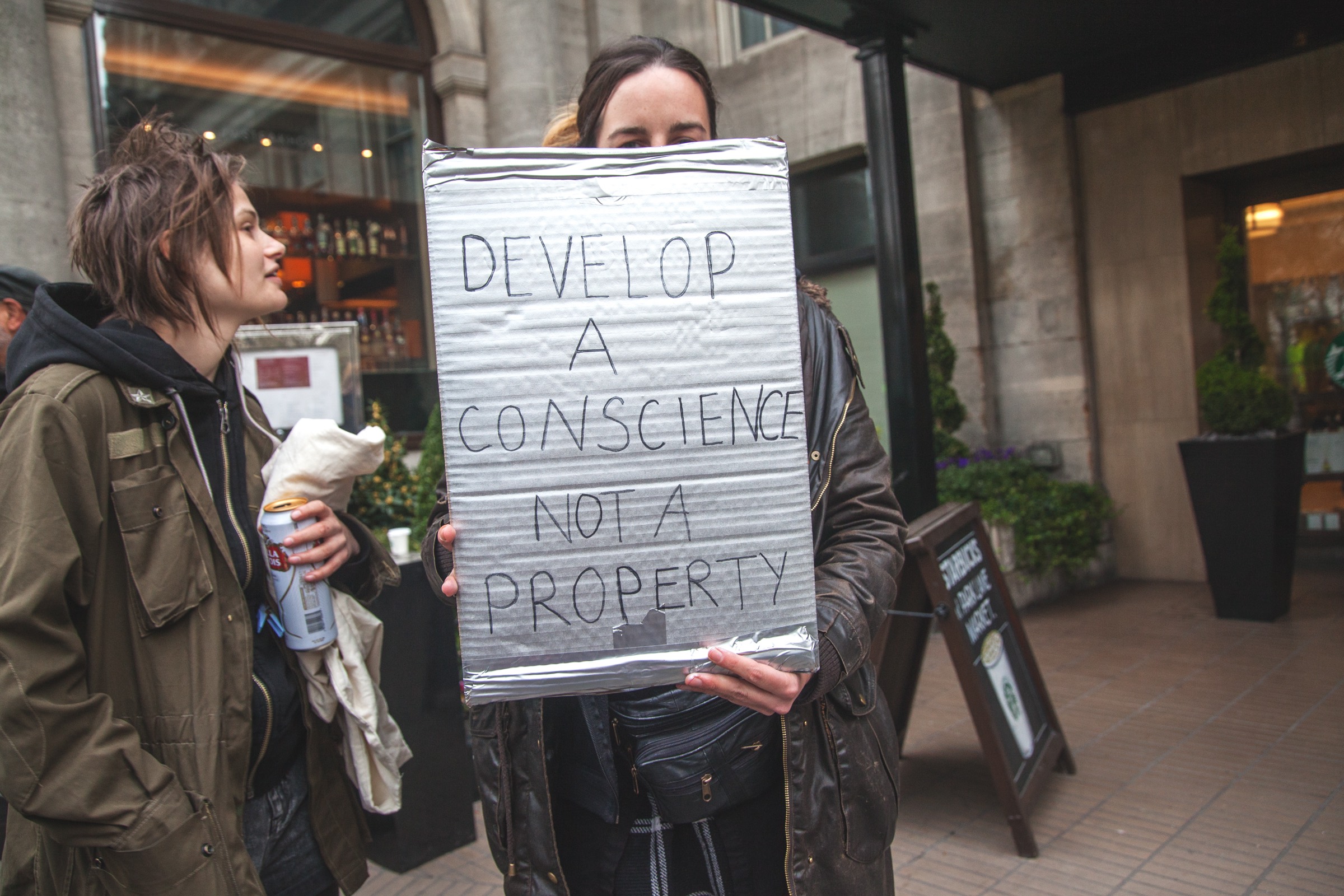 Yes, despite the bitter taste even uttering the idea leaves in your mouth, there’s an annual award ceremony on London’s swanky Park Lane where property developers, financiers and estate agents get together to slap each other on the back for making it almost impossible for most of us to keep a roof over our heads in comfort.

London – as with much of the United Kingdom – is in the midst of a housing crisis. Since 2010 the number of people rough sleeping across England has more than doubled, jumping by 16% between the years of 2015 and 2016 alone. And that’s just the tip of the iceberg: over 275,000 people approach local authorities in 2016 for homelessness assistance. Rents are soaring; housing being built is unaffordable to all aside from the richest few; stability and security are nowhere to be found. So, plenty to be celebrated then by the world of property’s biggest and baddest. 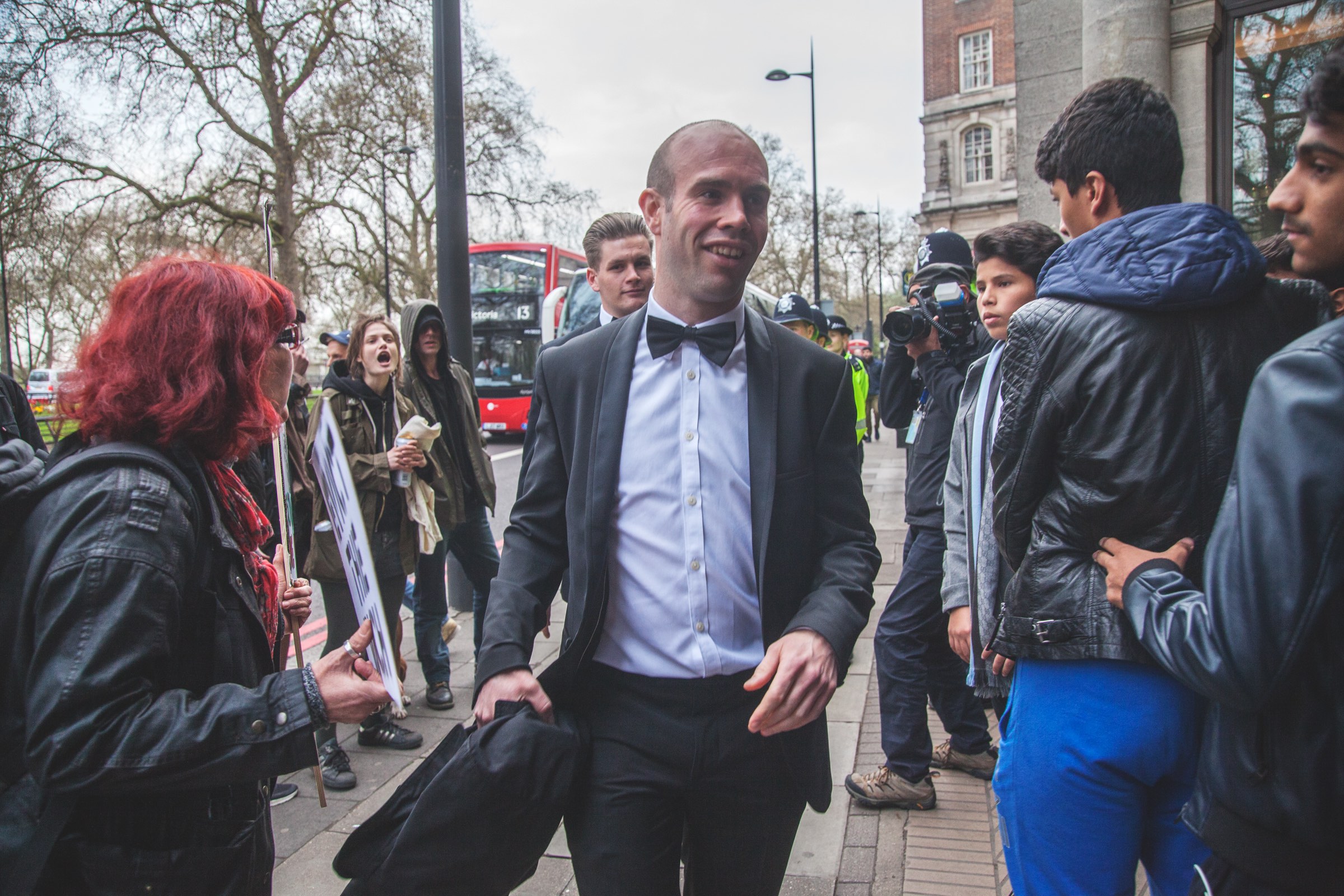 While attendees heading down to the £3,000-a-table event were busy donning their black tie best, a group of activists met in a nearby McDonalds with plans to cause nothing short of havoc. Members of the Sexual Avengers – a queer campaigning group – had come prepared.

While it’s by no means just LGBT people hit by the UK’s housing crisis, it’s a group that experience it particularly badly. One in four UK homeless youth are LGBTQ, and this figure is rising by 20 per cent each year.

1 in 4 UK LGB and 4 out of 5 trans people have experienced domestic violence, while queer people are 2 to 3 times more likely to experience mental health issues. Vulnerable queer people work in disproportionately precarious careers without access to family or support networks, and often need affordable social housing to survive. 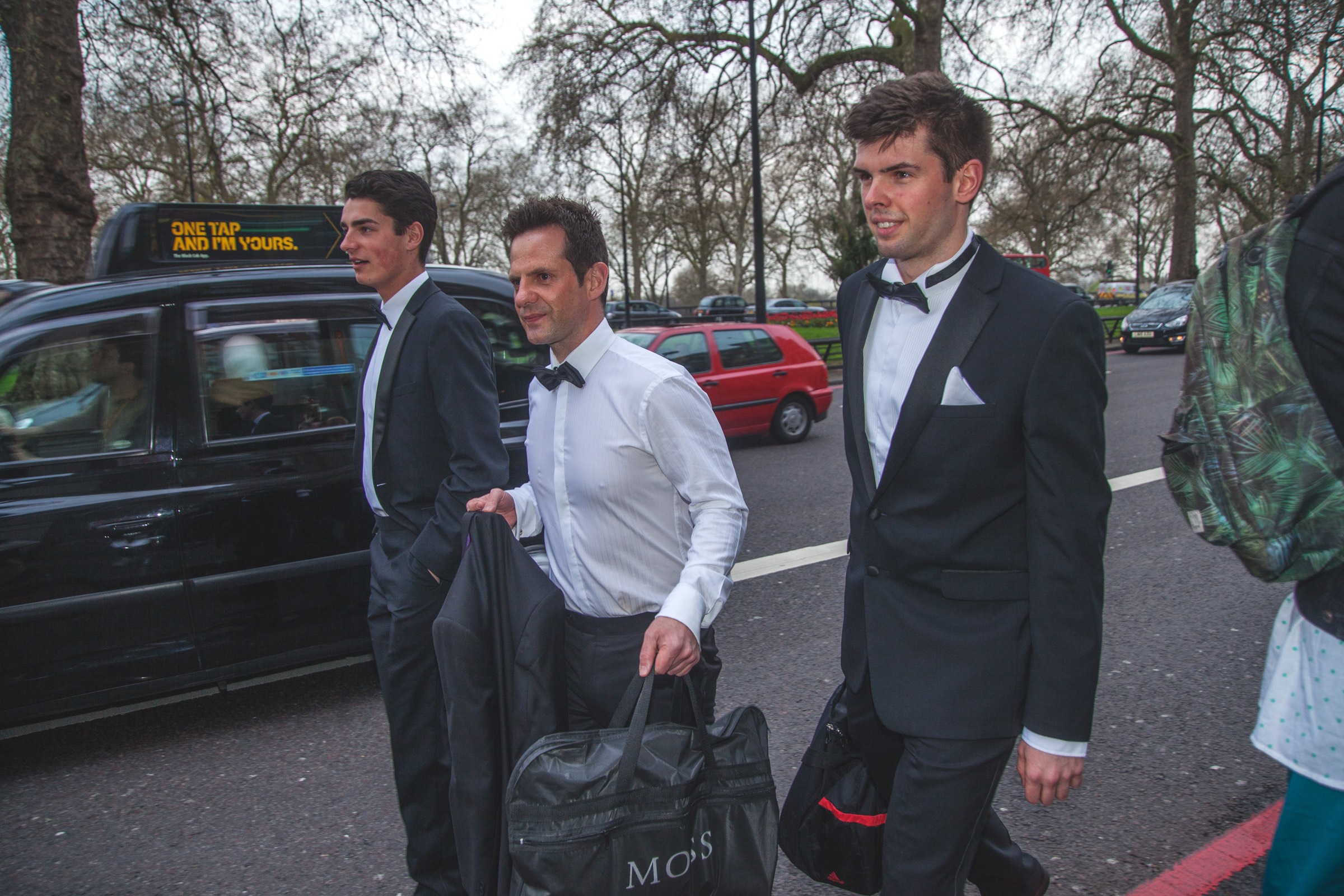 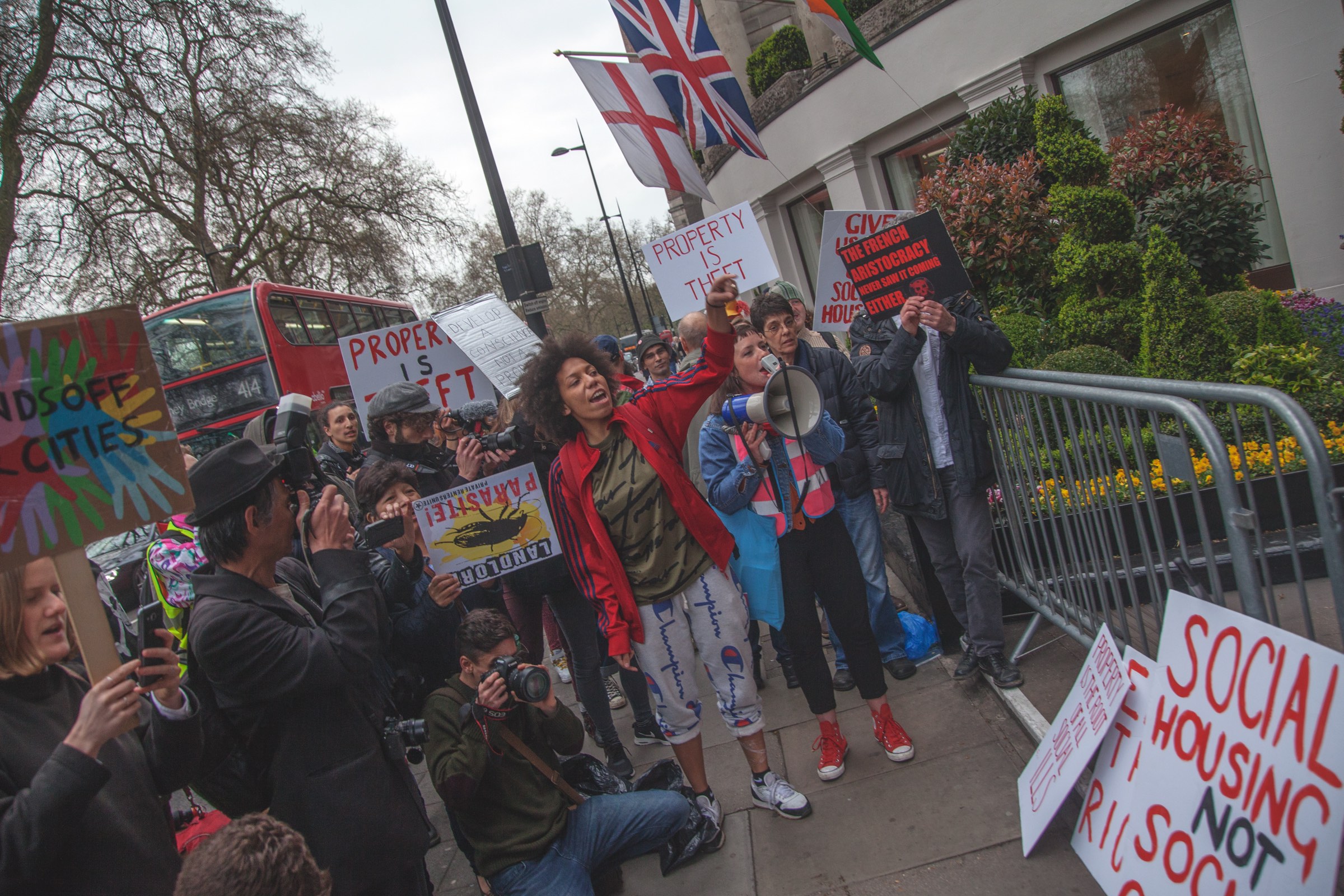 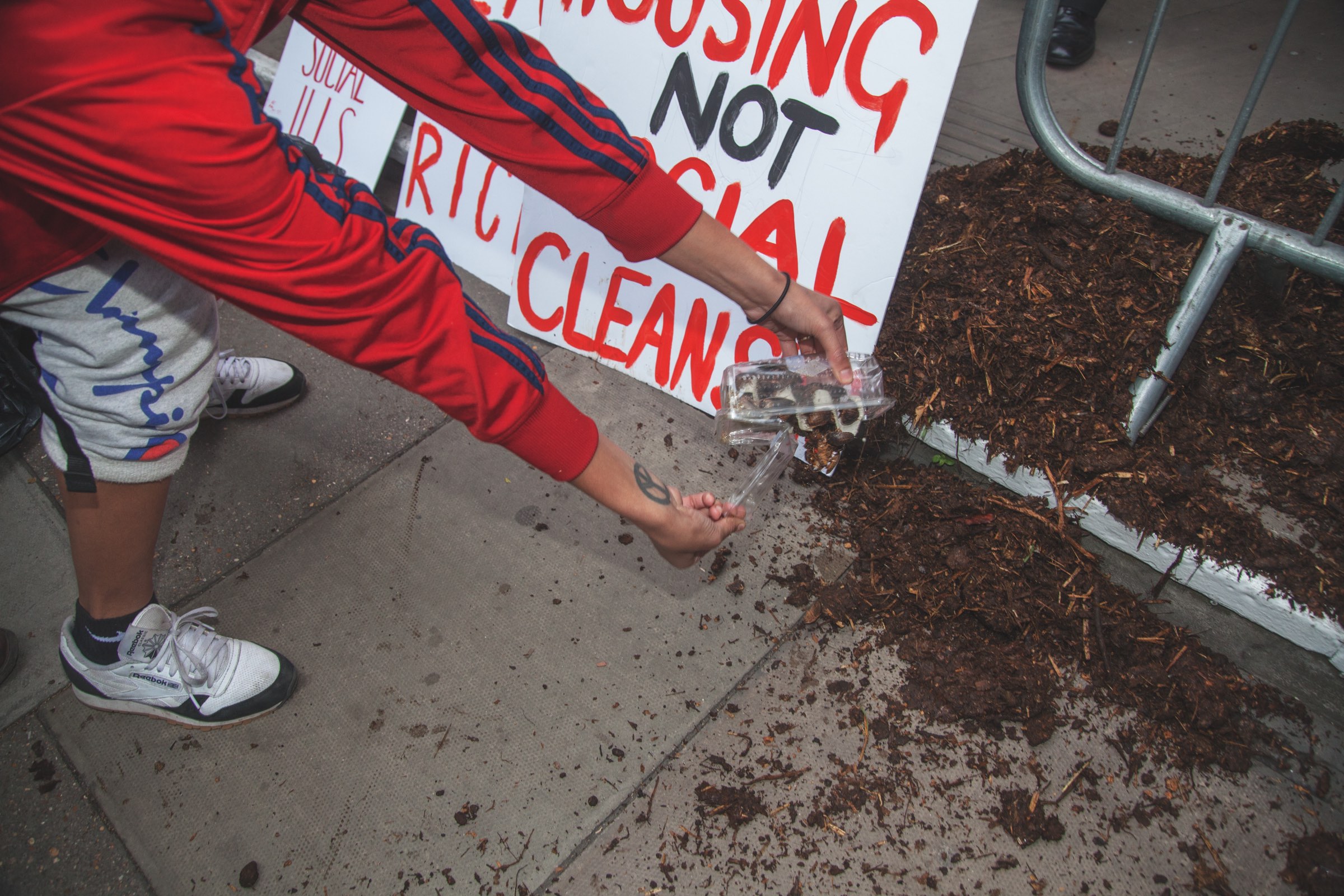 “My partner died of cancer last April, and they wanted to kick me out in May,” a woman named Stacey Jones tells me. “They couldn’t understand how I could be in a relationship with a woman when I had a child. I’d just lost my partner and had to sit there and justify my sexuality. Why did I deserve the house where we lived, where I cared for her and where she died?”

At the steps into the swanky hotel, placards and posters were brandished by those who’d assembled, chanting and jeering at the property A-listers trying to dart passed. 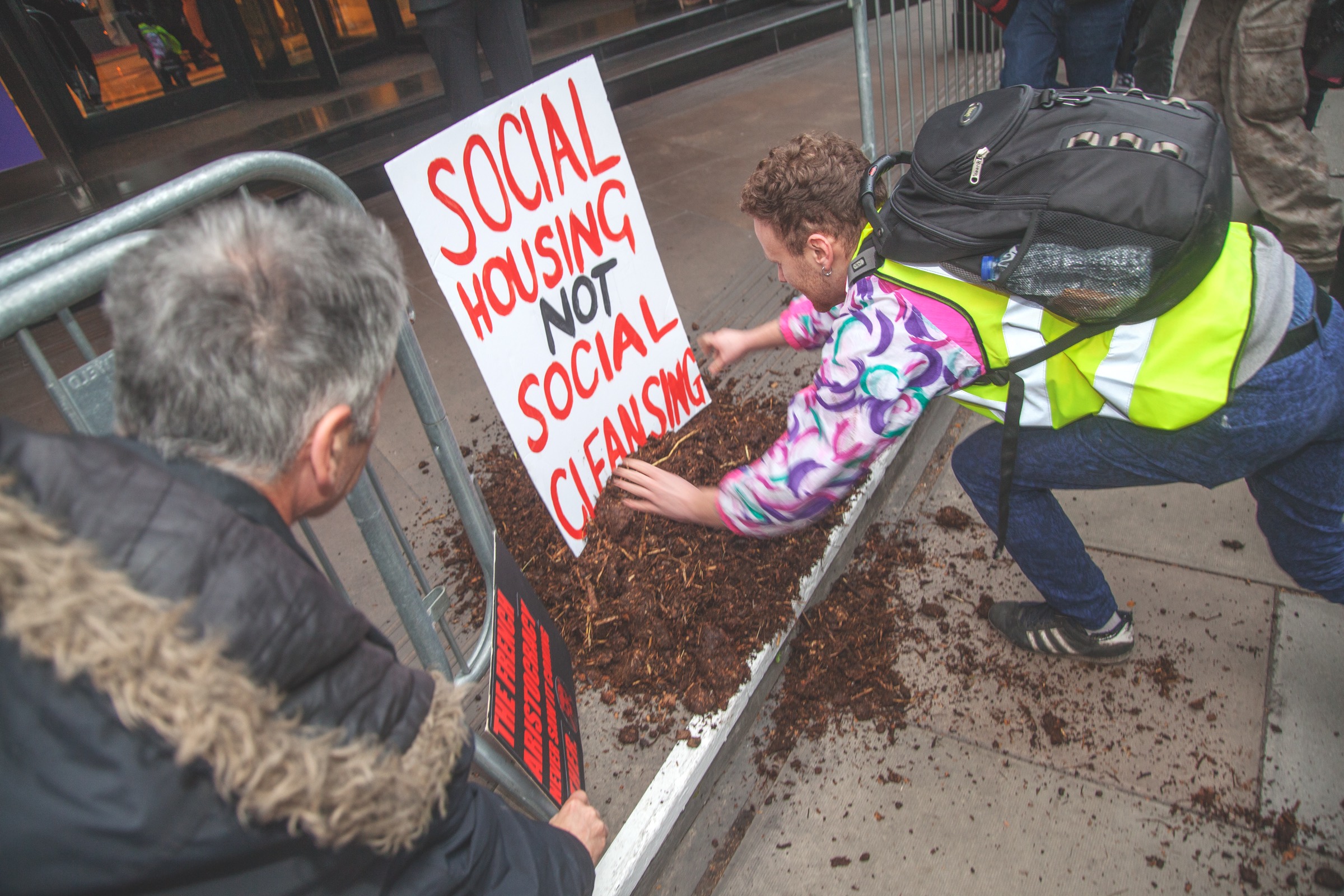 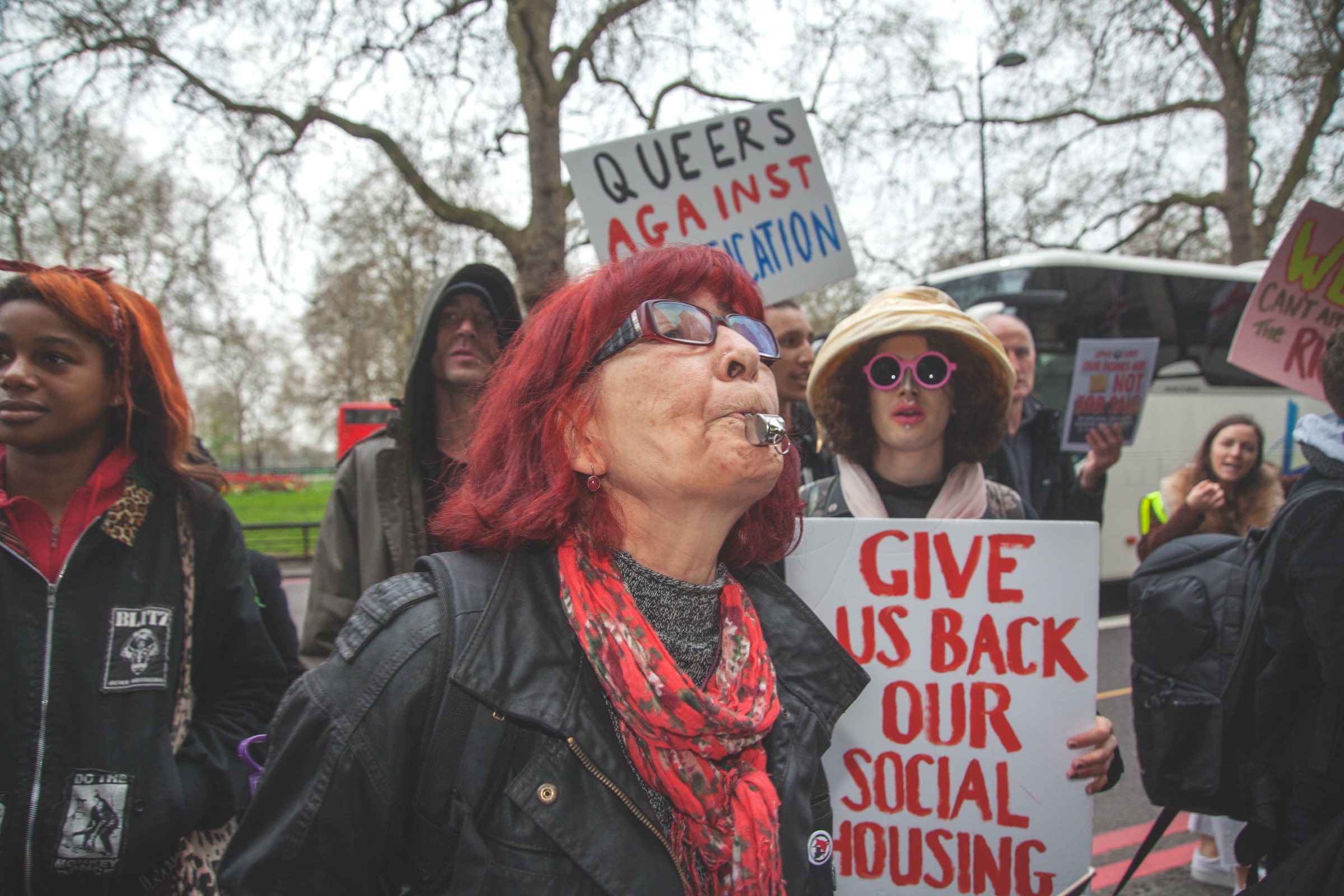 “We wanted to be here to welcome them,” says Dan Glass, an activist with Sexual Avengers who’s been involved in the planning. “So many of us have been firefighting and on the defence in this city, whether it’s with queer spaces closing, social housing disappearing , domestic violence refuges barely getting by. We want to be here to take this space, so they know how it feels.”

With manure being dumped onto the pathway, and cockroaches let on the loose too, it’s certainly an unexpected welcome for those heading inside. 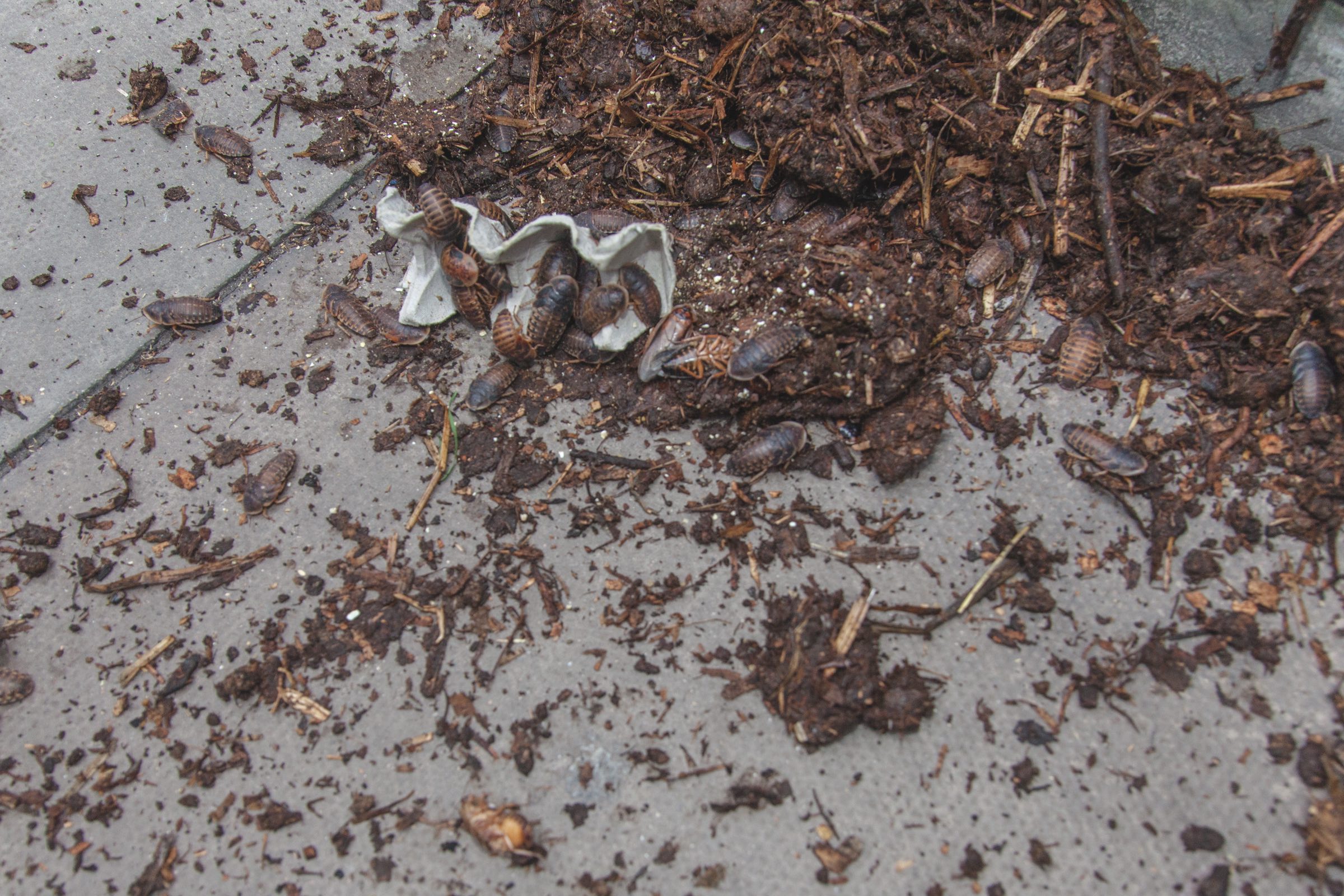 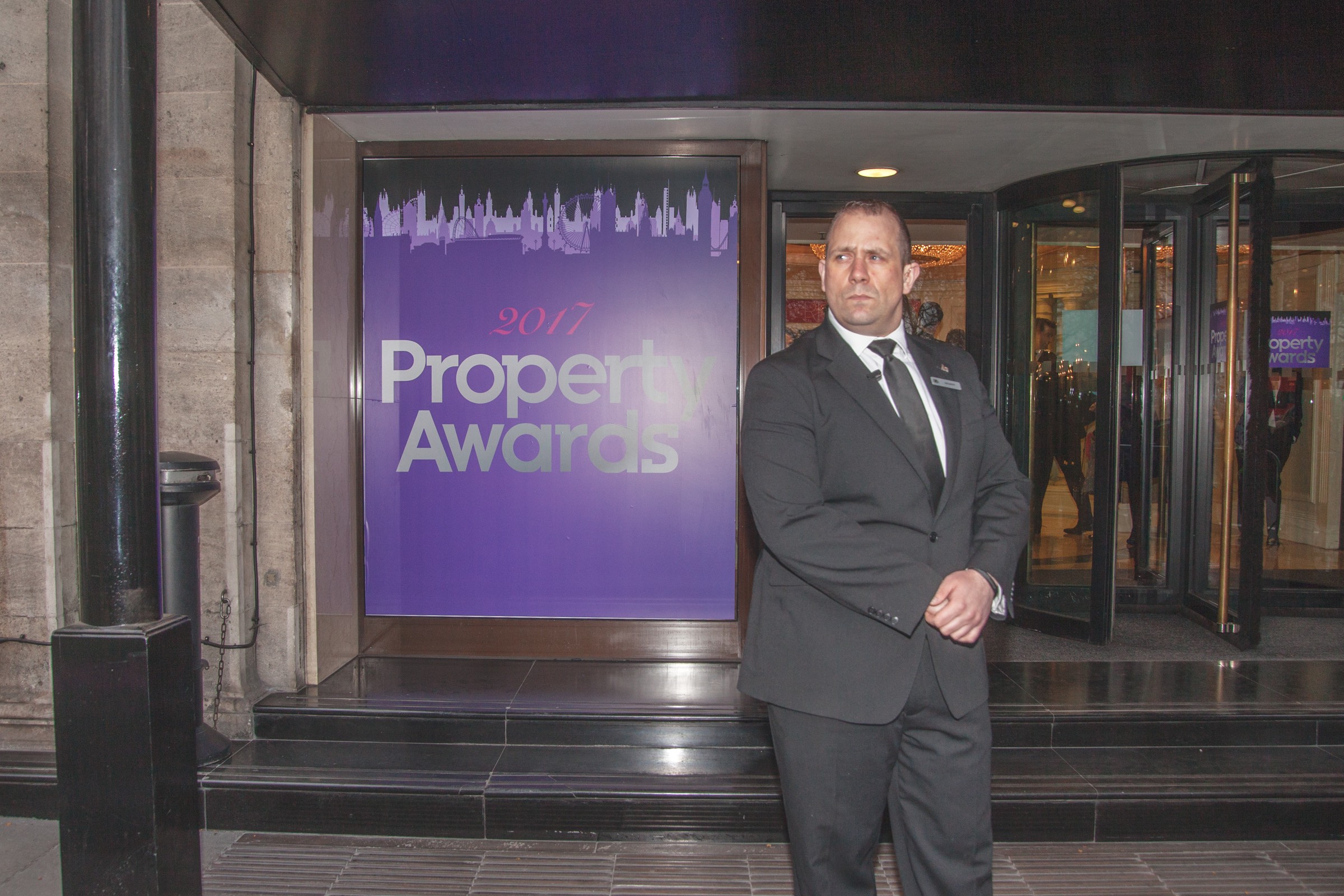 “It’s gross, watching them all in their suits,” Dan continues, “but some people heading in are young and naive, have never been challenged about what they do for a living. It’s important they’re confronted by the people who are hit by their greed the hardest.” 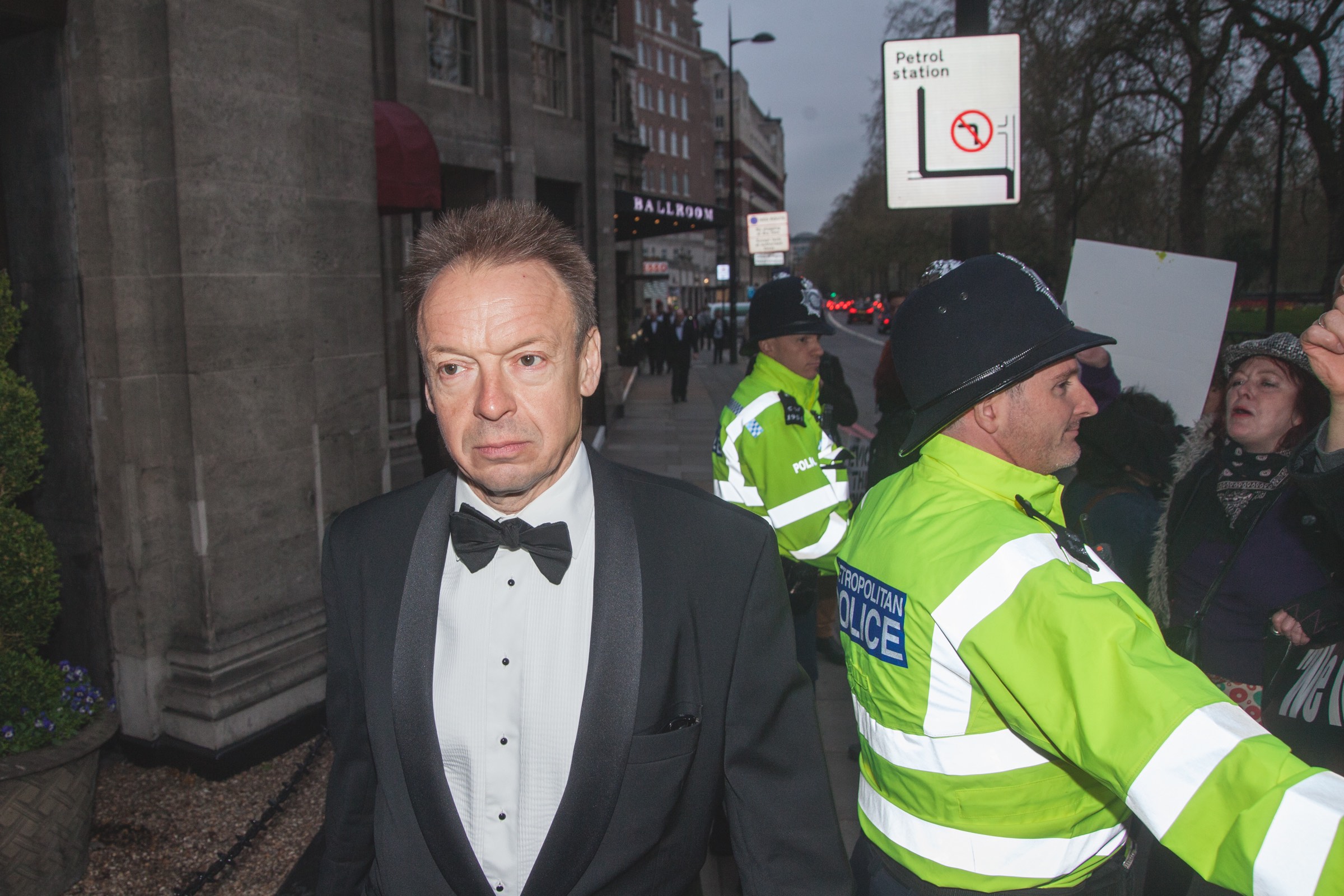 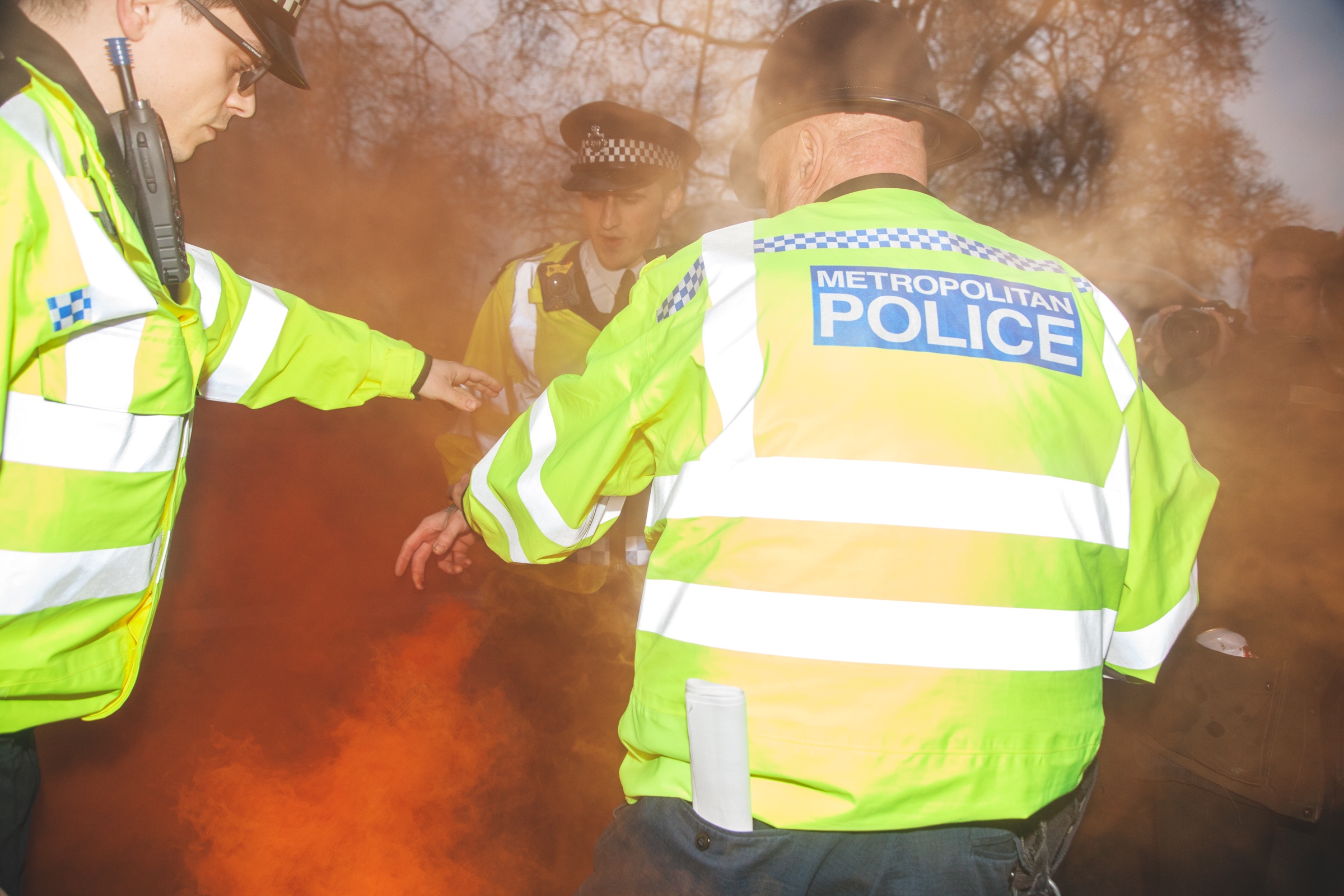 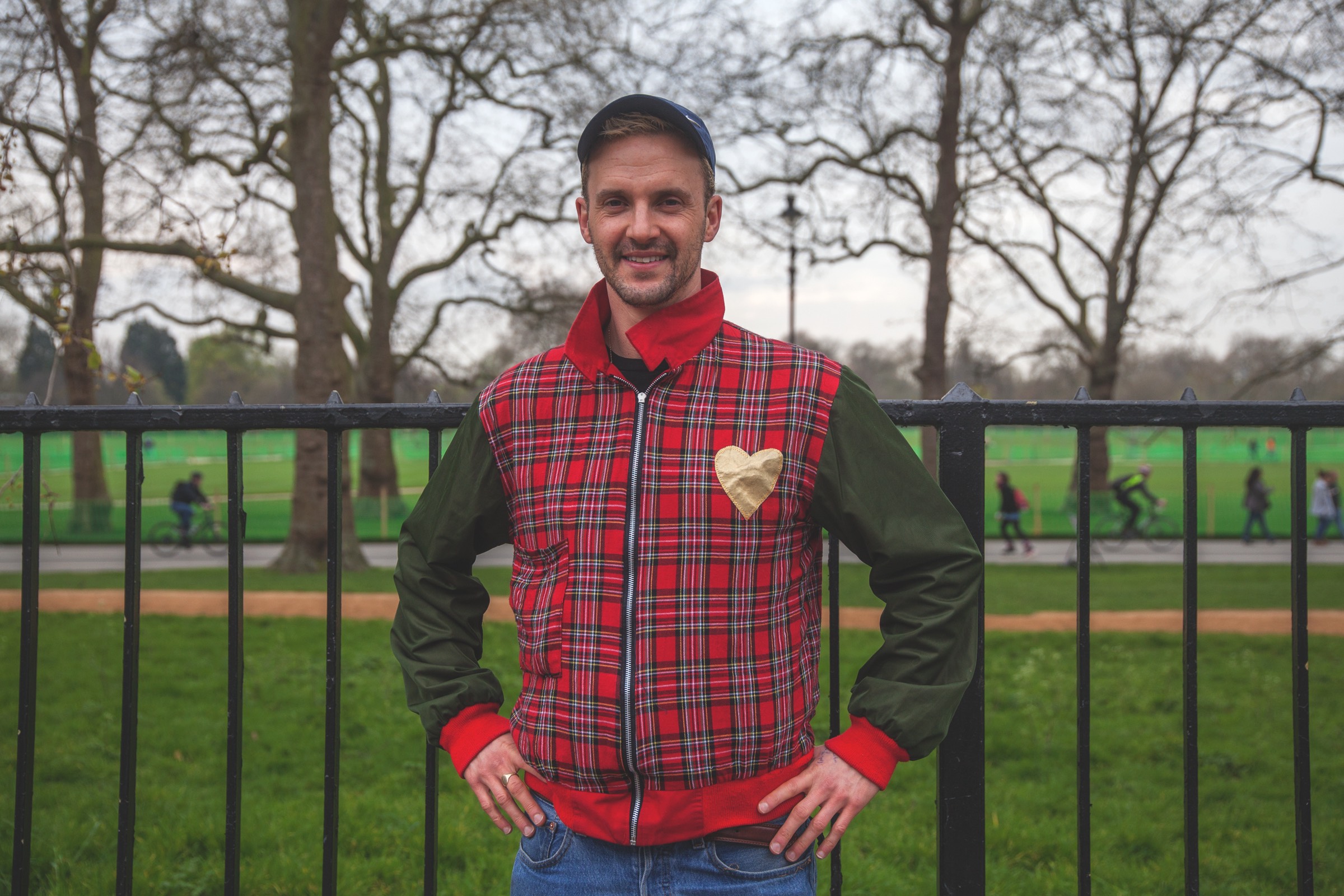 It’s not just complaints being offered by these campaigners, those who’ve assembled have a list of demands: 60,000 new affordable homes a year to be built (minimum), specialist LGBT homeless support services, and rent caps to name just a few.

Maybe if these policies were actually implemented there’d be something to celebrate.

Linkedin
RELATED ARTICLES
OTHER ARTICLES
After blocking the Scottish government’s gender recognition reform bill, Westminster is now devising further changes to the law to make it harder for trans people to self-identify.
AI companies that develop image-generators using copyrighted artwork from the internet are coming under fire from artists who say that it amounts to theft.
Tristan O’Neill’s shots of dancers caught in moments of reverie at the height of rave’s golden age are a testament to the UK’s legendary club culture.
Photographer Sean Maung reflects on documenting a small town in Pennsylvania afflicted by high levels of unemployment, poverty, violence, crime, and addiction.
Theo McInnes’s photos of the annual event provide an intriguing snapshot of contemporary Britain.
The action took place in response to the 200 asylum-seeking children who were placed in hotels run by the Home Office who have gone missing.