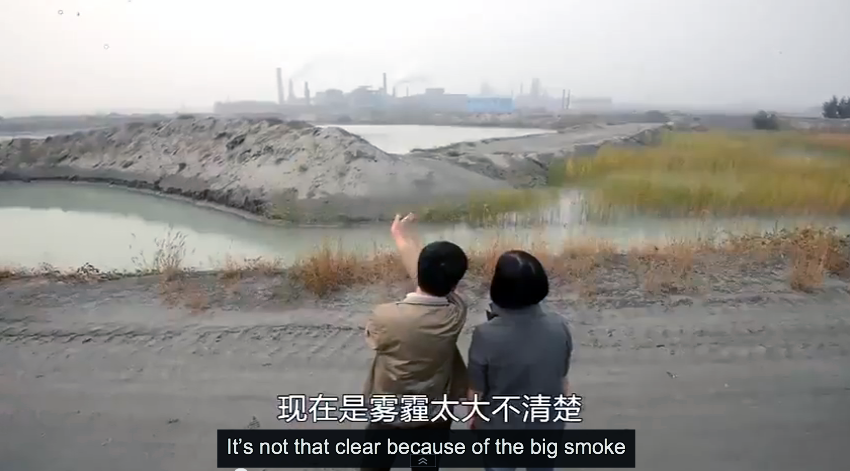 A new Erin Brockovich-style documentary exploring the damaging effects of pollution in China is sweeping the nation with concern.

A new Erin Brockovich-style documentary exploring the damaging effects of pollution in China is sweeping the nation with concern.

The idea for the Under the Dome documentary came while former China Central Television reporter Chai Jing was pregnant, and discovered that her baby had developed a benign tumour while in the womb, allegedly due to China’s high pollution levels. Her baby survived, but it motivated Jing to quit her job at CCTV and create this documentary. The groundbreaking feature-length film racked up more than 100 million views in its first 48 hours.

Chai uses both photographs and slides to examine how China’s notorious air pollution got so extreme — and why the Communist Party has failed to fix it. Her keynote speech, similar to a TED talk, criticises China’s environmental policy, and questions whether enough is being done to reduce some of the world’s highest pollution levels.

The film took a year to make, and confronts three key issues: What is smog? Where does it come from? And finally, what should we do about it? The self-funded documentary has so far prompted 280 million posts on Sina Weibo, a Chinese version of Twitter, with over 25,000 comments.

As part of the investigation, Chai took field trips to polluting factories across China, and visited London and Los Angeles to see how they had cleaned up their air, revisiting moments in smog history that have claimed thousands of lives.

Towards the end of the documentary, Chai strikes a defiant tone: “One day, tens of thousands of ordinary folks will say no. They will say they are not satisfied, they don’t want to wait and they don’t want to evade responsibility. I have to stand out and do something, and I will do it right now, right here, in the very moment where I am. I am the change.”

The documentary criticises the government’s environmental policy, and unsurprisingly the authorities have issued the following censorship instructions to the media: “All media must refrain from further promoting Under the Dome. Online public opinion [surrounding the documentary] must be regulated.”

The film comes just days before China’s National People’s Congress, one of China’s biggest annual meetings, and following the success of Jing’s documentary, pollution is sure to be high up their agenda. China burnt 360 million tons of coal in 2013, more than the rest of the world combined, but much of the energy has been wasted in ill-performing steel factories which rely on government subsidy for survival, according to the film.

Linkedin
RELATED ARTICLES
OTHER ARTICLES
A film rebel with a cause, Jia Zhangke, has been called one of the major revelations of the last two decades and one of the greatest filmmakers working today. His latest explores one of China's biggest problems.
"People's Republic of Amnesia" author Louisa Lim on Umbrella Man and Tank Man and how the spirit of Tiananmen Square has influenced the Hong Kong pro-democracy protests.
Hong Kong has seen its biggest street demonstrations in a decade in a potential prelude to an Occupy protest in the former British colony's city centre. Huck asks the protesters why they are taking to the streets.