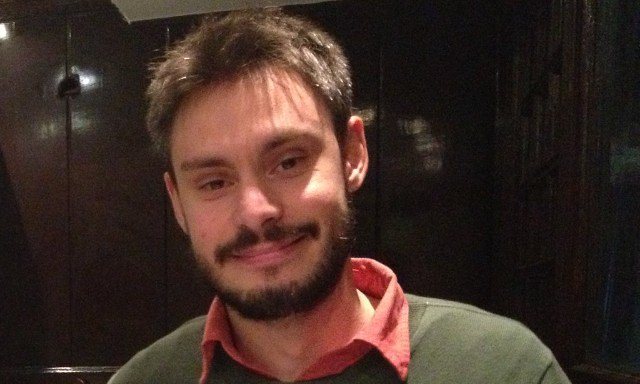 Italian researcher Guilio Regeni disappeared from Cairo on the evening of January 25, 2016, while the country was under heightened security on the fifth anniversary of the 2011 Arab Spring. His body was found on 3 February, dumped on a roadside outside Cairo and showed signs of torture, according to Egyptian forensics.

Egyptian officials have categorically denied any link to Regeni’s disappearance and suggested he was the victim of a car accident. Later, they said he could have been killed by a criminal gang impersonating policemen.

That explanation was thrown into doubt by a Reuters story last Thursday which cited six police and intelligence sources who said Regeni had been “detained by police and then transferred to a compound run by homeland security the day he vanished”.

The story has been vehemently denied by Egyptian officials. In response, the head of Azbakiya police station, where Reuters reported that Regeni was taken, has filed a police report accusing the news outlet of publishing “false news aimed at disturbing public order”, and “spreading rumours to harm Egypt’s reputation”.

Ahmed Hanafy, the chief public prosecutor of Qasr el-Nil police station in downtown Cairo, where the complaint was filed, said no one from Reuters has been summoned for questioning. But it names Cairo bureau chief, Michael Georgy, who could face up to a year in prison and a fine of up to 20,000 Egyptian pounds (£1,600) if the investigation ultimately leads to conviction. Reuters stand by their story.

The standoff is another warning sign about the lack of press freedom in Egypt under president Abdel Fatah al-Sisi, who deposed the country’s first post-Arab Spring and democratically elected president Mohammed Morsi in the July 2013 military coup. Sisi’s government stands accused of a long line of brutal human rights abuses which include violently cracking down on supporters of Morsi’s Muslim Brotherhood movement, prosecuting LGBT citizens, mass executions and the killing of more than 2,500 political opponents.

Human Rights Watch said in June 2014 that Egyptian “security forces have carried out mass arrests and torture that harken back to the darkest days of former President Hosni Mubarak’s rule.”

The Sisi government’s willingness to clamp down on journalists – both local and international – was highlighted by the case of the ‘Al-Jazeera three’. Journalists from the network Canadian Mohamed Fahmy, Egyptian Baher Mohamed and Australian Peter Greste were found guilty in June 2014 of aiding a “terrorist organisation”, for their reporting on the Muslim Brotherhood crackdown. After a global outcry, they were eventually released in 2015.

Despite concern from press freedom and human rights groups, Sisi’s government remains a key ally of both the UK and US, which supplies $1.3 billion in annual military aid. But in light of repeated abuses, it could be time to consider how much their support emboldens the Egyptian government to crack down on both local and foreign journalists and activists. The severe government repression draws into question Egypt’s suitability as an ally for long-term “peace and stability” in the Middle East.

Linkedin
RELATED ARTICLES
OTHER ARTICLES
We introduce our series spotlighting the voices of people who’ve been impacted by anti-abortion laws and anti-choice protestors.
Following the release of his latest album, the rapper talks about finding a new approach to songwriting, attitudes to poverty, and why his music is more than a political statement.
Students are being left to languish in unsafe housing, in some cases leading to serious health complications.
Danny Burrows discusses his new series of images documenting an pacifist anabaptist community who lead an alternative way of life.
A 28-year-old from Texas was forced to travel across state lines for an abortion that would save her life and end a pregnancy that her baby had no way of surviving.
An abortion storyteller talks about the termination of her pregnancy and the harassment she’s received for sharing her story online.