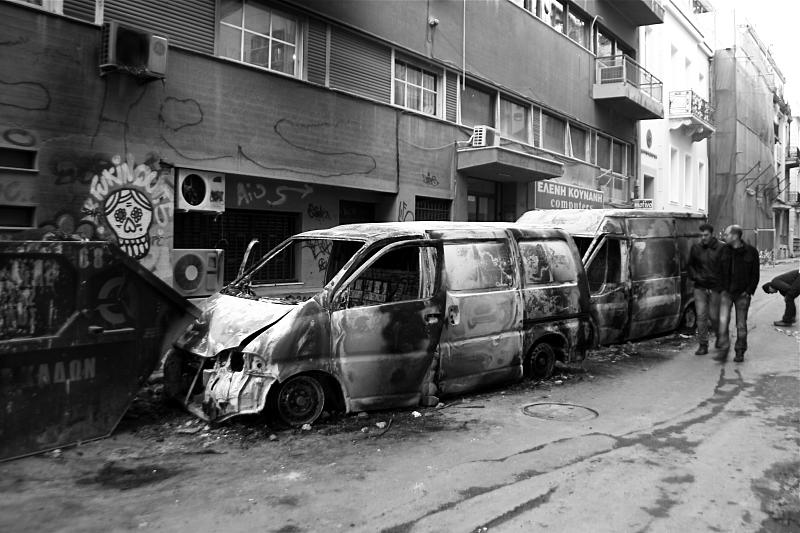 Greece and the rest of Europe are locked in a battle over austerity vs. growth. But is GDP a flawed measure that will lead us further towards catastrophe?

Greece and the rest of Europe are locked in a battle over austerity vs. growth. But is GDP a flawed measure that will lead us further towards catastrophe?

As Greece sinks further and further into economic ruin, calls are growing stronger for an end to austerity. Thomas Piketty’s open letter to Angela Merkel echoes what Syriza have long-been trying to persuade the troika of lenders: allow the economy to grow once more to relieve the hardships of the Greek population and build the capacity to repay the debt. But what if renewed GDP growth is not sufficient to address the humanitarian crisis gripping the country and the democratic deficit it has exposed? What if economic growth itself is fundamentally flawed and unsustainable?

Degrowth theory utterly rejects GDP as a measure of social progress and argues the addiction to growth has led to economic, environmental and social catastrophe. Following the current path of extraction, production and consumption will lead to depletion the earth’s resources, environmental destruction and outgrowing the planet’s ability to support life. Federico Demaria, academic and co-author of Degrowth: Vocabulary for a New Era explains that the degrowth movement is searching for the tools to construct a society which can live within the planet’s ecological limits and where each person has the political power to democratically ensure their needs are met.

There’s no set formula or how-to guide for degrowth, but for countries embroiled in crisis like Greece and Spain, it would involve improving quality of life through more equitable distribution of limited resources, an expansion of the solidarity economy, cooperatives and community-led banks (which is already happening on a grand scale), and more participatory democratic structures.

Gross Domestic Product rose from an accounting tool to help the American government assess the health of the economy during WWII to become the holy grail of western society today. Governments are expected to maintain GDP growth at all costs. But as GDP only measures economic transactions and omits pollution, the health of the planet, any work that is unpaid, such as care or volunteering, and so much more besides, it’s a deeply flawed measure to organise a society around. “A tool for war is usually not very good for general wellbeing,” Federico explains. “President John F. Kennedy was one of the earliest critics, saying it measures everything apart from what makes life worthwhile.”

French academic André Gorz became interested in bioeconomics and coined the term degrowth (décroissance in French) in 1972. Following the economic and environmental crises of recent years and looming peak oil, the degrowth movement has grown as people recognise the deficiencies of economic growth and look for alternatives. With the evolution of the financial crisis into debt, austerity, stagnation and political crisis in southern Europe, the movement has focussed on solutions to transform society to survive and flourish even if growth never returns.

The Indignados who took to squares across Spain built communal gardens, study spaces and kitchens, and experimented with collective organisation and new democratic structures, like those explored by the degrowth movement. “I think [the Indignados] help us to imagine what the future might look like,” Federico explains. “It’s a real example of prefigurative politics: trying to see how we could build a better future.” Spain’s Podemos, who partly grew out of the Indignados movement, and Syriza in Greece both have connections with degrowth activists and have engaged with their ideas on democratisation and post-growth economics.

“Degrowth is a political choice,” Federico explains. “One in which we decide democratically and horizontally to improve our lives by acknowledging the social, mental and environmental limits of growth. Degrowth is not a dogma: I’m not telling you ‘this is degrowth’ and that’s that. We put it forward because we think it offers an interpretive frame to explain who is responsible for the problems we face and how we can come together to solve them, but in each context and in each place we’ll need different debates. Europe isn’t a homogenous entity, there are a lot of differences, language, culture, traditions and so on, so the outcome – if there is freedom to decide – will probably be different and that’s positive.”

From back-to-the-landers in Greece, cooperative tech startups in Spain, urban farmers in Detroit and everyone who uses the Brixton Pound community currency in south London, slowly more and more people are embracing the core principles of degrowth: sustainability, social justice and collective solutions. Yet as GDP appears ever more like the illusion of progress, politicians across the globe tell us we have to sacrifice everything to relaunch growth. “We live in an era of interwoven crisis: economic, social, ecological, but also democratic,” Federico explains. “What is happening today in Greece (and elsewhere, like Puerto Rico or Calais) is the consequence of this. At a time in history when we are told that nothing fundamental can be questioned, we should question everything. We (the 99%) need to regain democratic sovereignty over money, energy, food, water, in other words, over everything. This is what degrowth is about, and why we need a vocabulary for a new era. The path (transition or transformation, or however we want to describe it) won’t be smooth, but all of us should get ready.”

Check out Degrowth: Vocabulary for a New Era edited by Giacomo D’Alisa, Federico Demaria and Giorgos Kallis. Find out more about degrowth.

Linkedin
RELATED ARTICLES
OTHER ARTICLES
With skyrocketing rents, packed out viewings, bidding wars and more, renting in London has never been harder.
Following the announcement of an 80% hike in the energy price cap from 1st October, crowds gathered outside the offices of energy regulator Ofgem to protest and declare their intention to undertake a payment strike.
Photographer David Corio’s archive offers a glimpse inside a revolutionary era of music and nightlife.
Sean Maung’s photos are a love letter to the Black and brown communities that make up New York.
As the Scottish government announces a rent freeze, an activist with Living Rent who fought and won shares how they did it, and what must come next.
The two-day long event returned to London this year, showcasing a spectacular parade, steel bands and Caribbean food.