News & Politics / Activism / How environmental activists must move forward in 2017 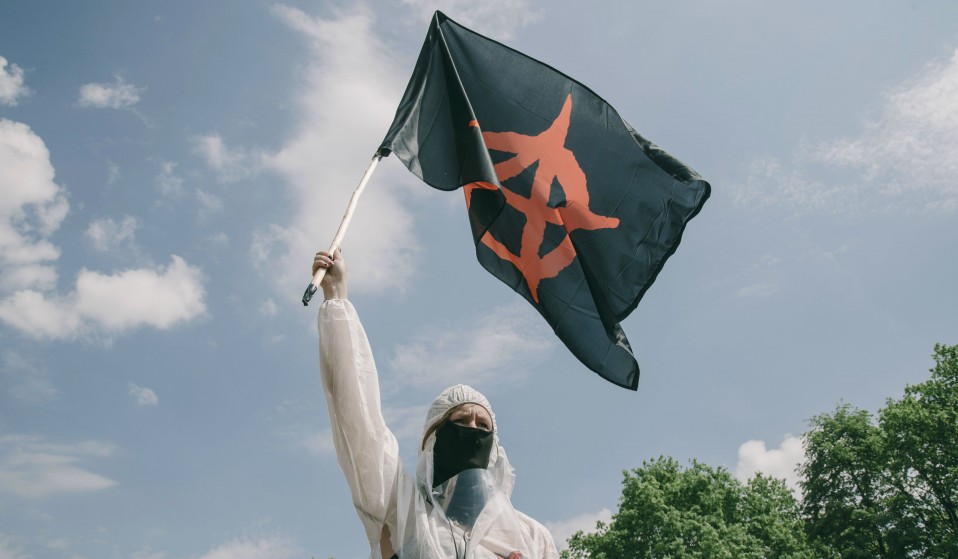 Global temperatures reached a record high in 2016 but many world leaders refuse to listen, so what's next in the fight to keep our planet protected?

Global temperatures reached a record high in 2016 but many world leaders refuse to listen, so what's next in the fight to keep our planet protected?

A year on from the historic Paris Climate Agreement, which then Prime Minister David Cameron called “a huge step forward in securing the future of the planet”, the environment seems to be in a precarious position.

With the UK making severe cuts to renewable energy sources, scrapping the Department of Energy and Climate Change, and the US electing a president who doesn’t even believe in climate change, it’s been been a difficult year for environmental activists.

The victory at Standing Rock, North Dakota was preceded by countless incidents of police violence against protesters, while the UK government approved laws allowing fracking firms to drill on national parks and private property without violating trespassing laws. 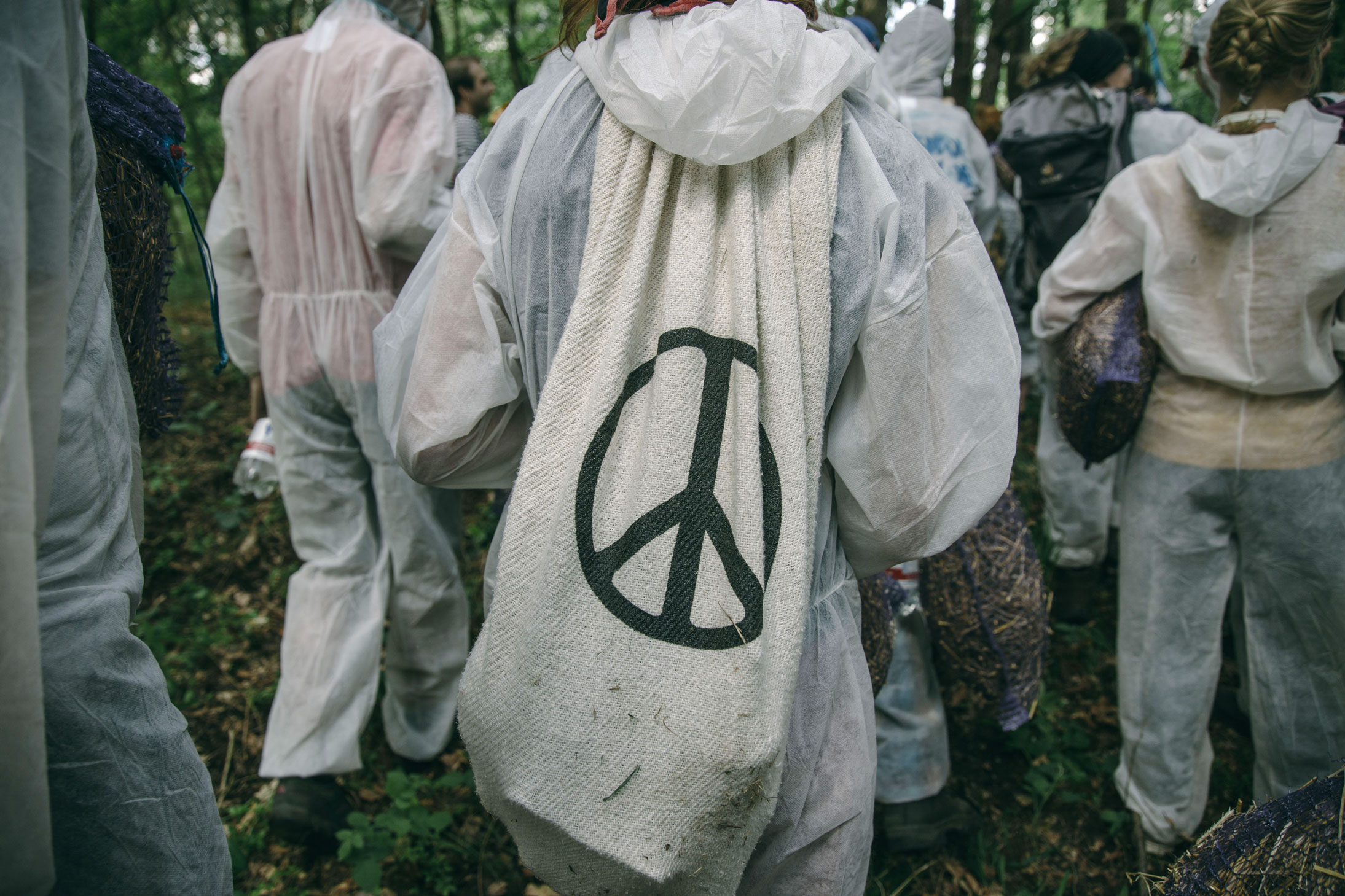 So as we go into the new year, how can activists fight for a sustainable planet?

“We’re used to being smeared and tarnished,” says Adela Pickles, who campaigns on behalf of Frack Off, one of the organisations most vocal against fracking in the UK.

“It’s very much like it was in the ’50s with communism, except now the buzzword is ‘terrorism’. It’s a very paranoid society we live in.”

Recently, the Guardian reported that City of York council identified local anti-fracking campaigners as “key risks” to the city under the anti-terrorism/radicalisation Prevent strategy – an initiative that some fear could see the government silencing voices under the guise of extremism.

[Update: A spokesman for City of York Council contacted Huck for comment:

“City of York Council has never referred to anti-fracking activity, nor any other campaign group, as a ‘risk’ in relation to the Prevent agenda…

However, North Yorkshire Police’s Counter Terrorism Local Profile document does highlight a number of groups under the Prevent agenda because they have the potential to be exploited by extremists. Of course, that does not mean they have been, or will be.

This approach is no different to right-wing groups or individuals being monitored in relation to football hooliganism. City of York Council has no concerns whatsoever about the behaviour of local campaign groups.”]

“It’s certainly not new for [environmental activists] to be compared to terrorists,” says Adela. “The joke is that most of the people in Frack Free Ryedale are elderly ladies. To call them terrorists is just ridiculous; even they think it’s funny.” 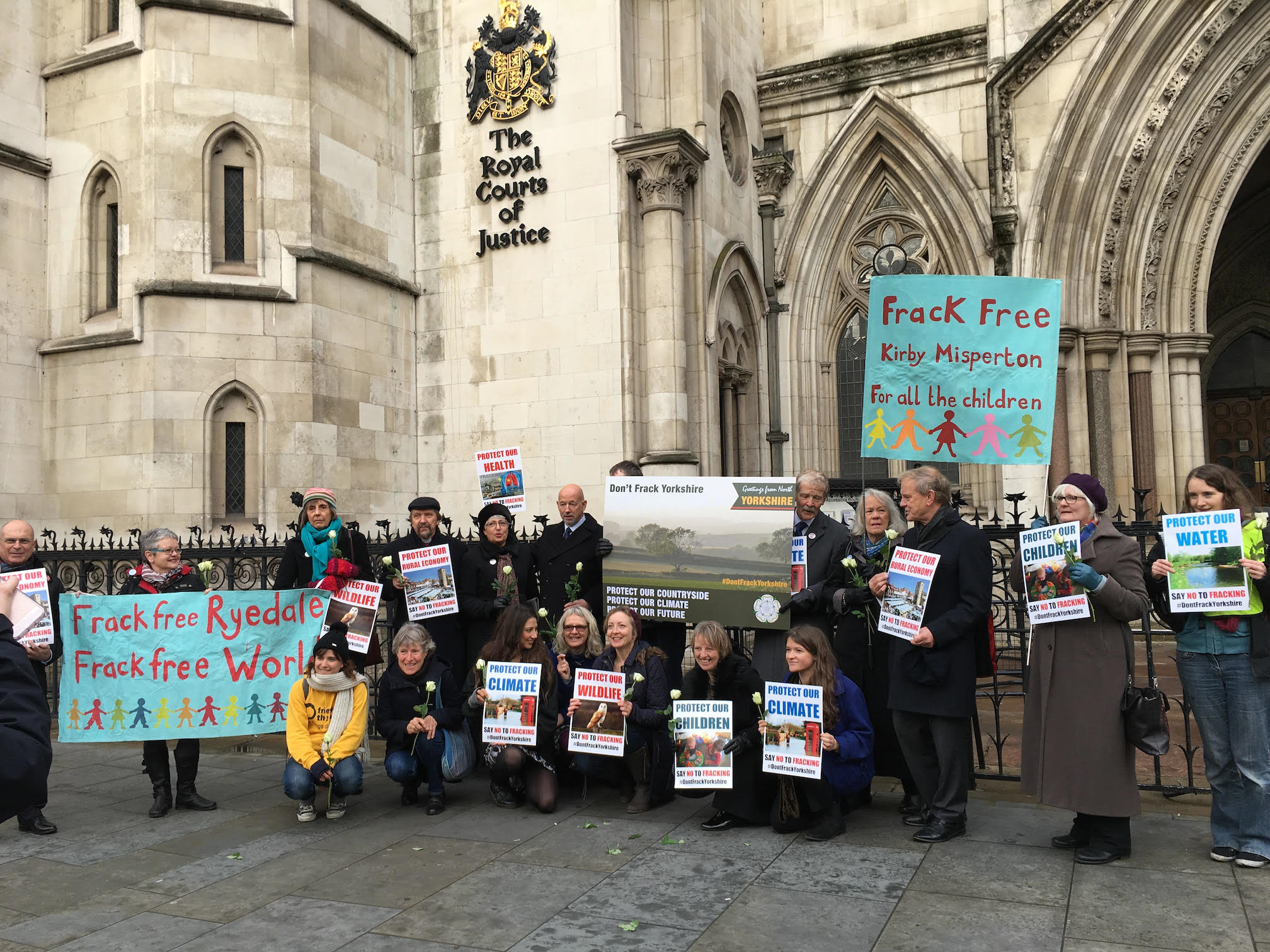 Do these people look like extremists? Image courtesy of Frack Free Ryedale.

Public support for fracking is at is lowest ever levels in the UK, as reflected in a recent survey by the Department of Business, Energy and Industrial Action, while residents in various drilling hotspots have been taking action.

Tina Rothery, a 54-year-old mother of two, was taken to court by energy firm Cuadrilla after engaging in a three-week occupation of a Lancashire field in 2014. She won her case and was spared £55,000 in legal fees in a significant victory for the anti-fracking movement.

“The number of people supporting the industry is going down and down, so it’s just the government left,” says Adela.

“It’s all to play for at the moment… A large proportion of the landmass of this country is under threat from a really dangerous and polluting industry and if you don’t step up and protect it now, it won’t be here in five years time.” 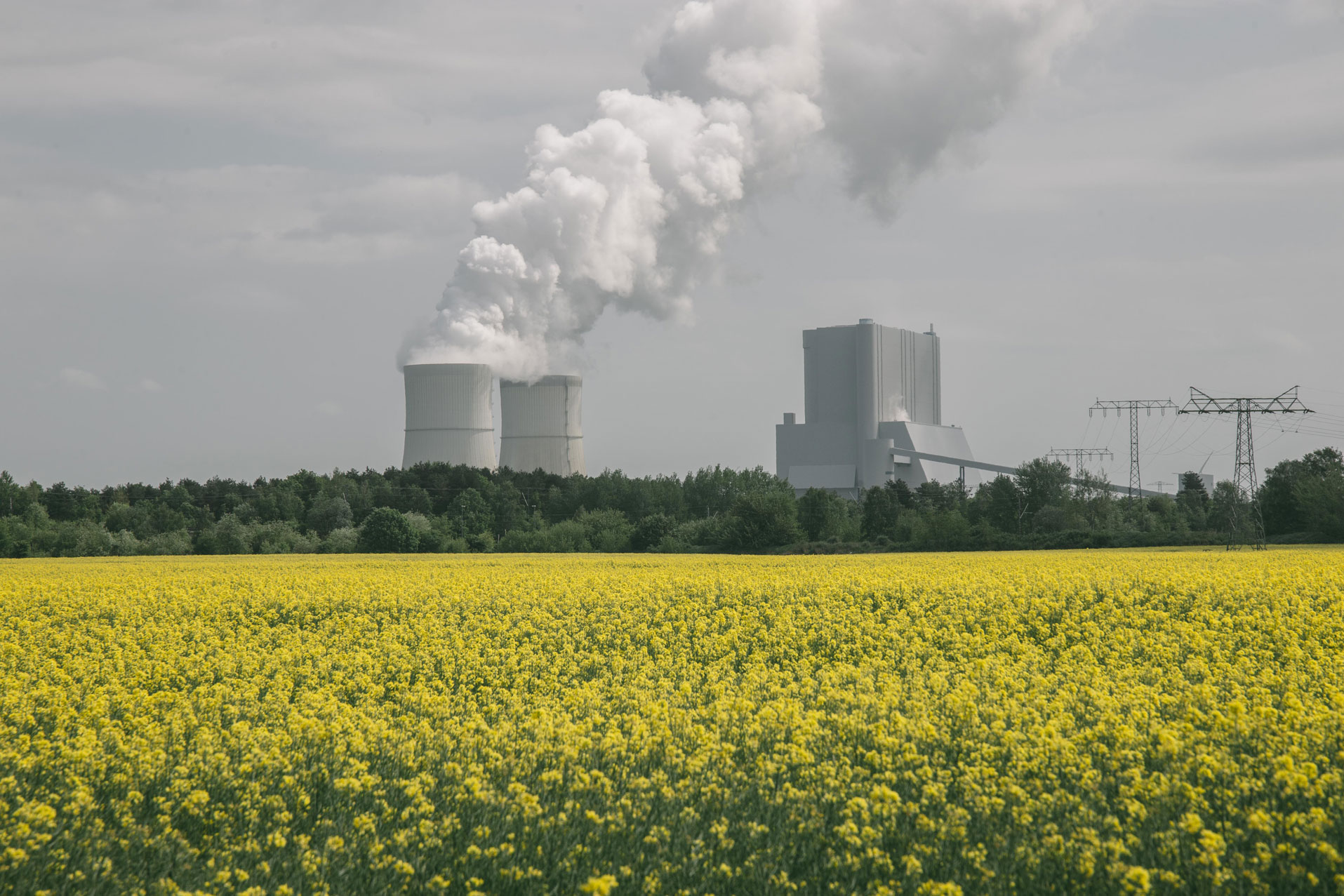 These battles can be an inspiration for positive environmental action, but in an era of increasing social divide and political uncertainty, more struggles are bound to lay ahead.

“We have to be vocal and speak truth to otherwise dangerous power. Sharing memes on social alone won’t do. We’ve got to get active. Find campaigns in your neighbourhood you care about and join in. It’s not a moment for sitting on the sidelines.”

“As 2016 closes, this is as good a time as ever to stand up and say ‘No, we can do better and pull together.’ The climate can not wait for a Trump presidency to end. But the environment is not itself uniquely threatened.

“We need to bolster unity by combining with those opposing racism, sexism, poverty and social injustice and inequality and build a broad and powerful movement to resist, keep resisting, and resist some more.” 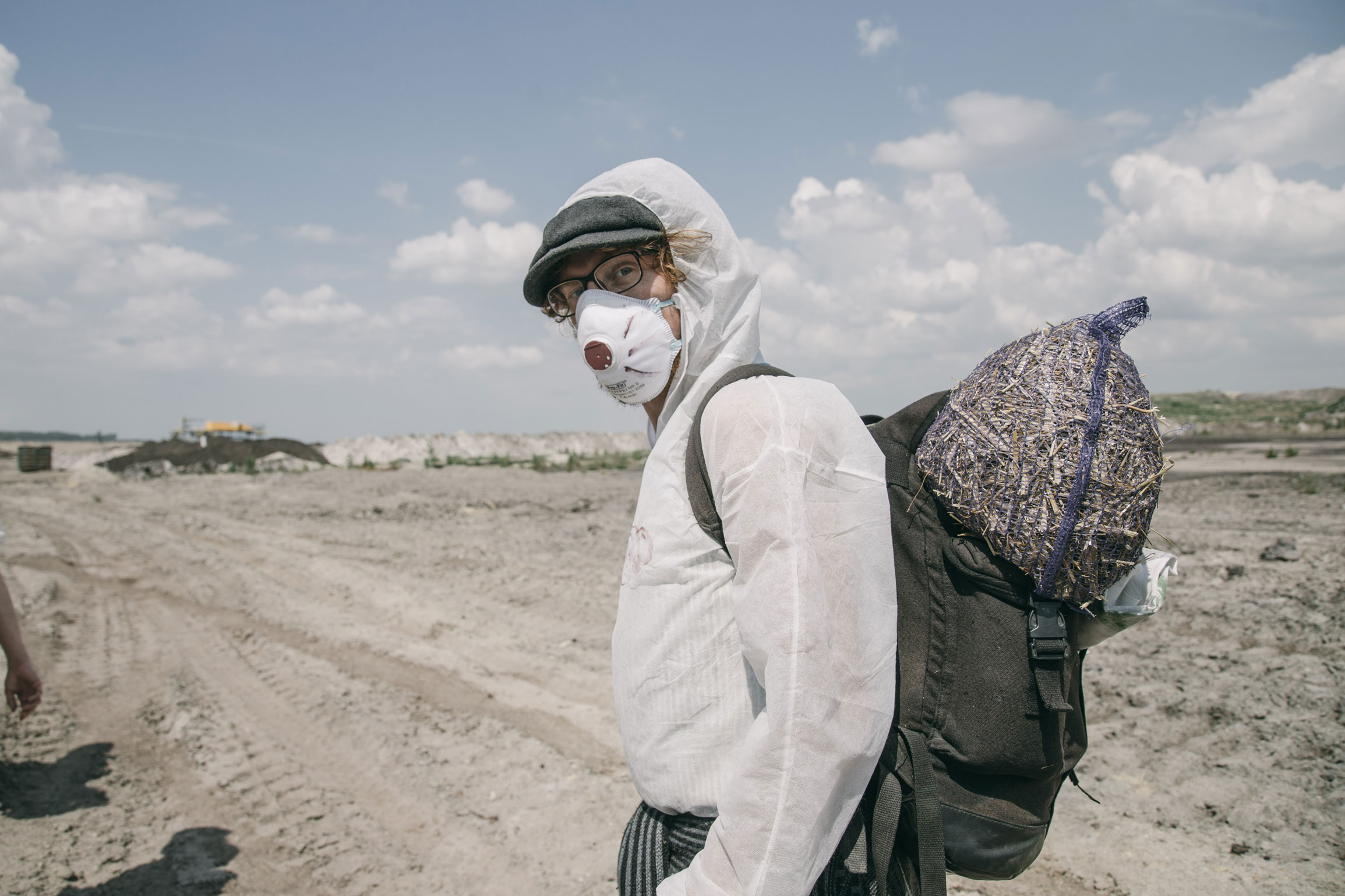 As turbulent as things may seem, Andrews believes that it’s the commitment of activists, organisations and ordinary people who feel an increased social responsibility that can eventually pull us through.

“Don’t forget that every day, somewhere, something brilliant is happening – like the amazing new solar roof-tiles Tesla has developed or the incredible story of the wind turbines being built in the oceans around us – that will give us hope even in these dark times.”

Linkedin
RELATED ARTICLES
OTHER ARTICLES
Steel City is often overlooked when it comes to the country's cultural radar despite its role in shaping electronic music.
An abortion storyteller talks about the termination of her pregnancy and the harassment she’s received for sharing her story online.
To mark the premiere of his new documentary on surfing giant Gerry Lopez, the filmmaker and former pro skateboarder sits down to share his unique brand of wisdom.
From the early originators to the female writers at the forefront of today’s scene, we talk to the artists redefining graffiti’s consciously macho origins.
A young woman recounts her experience of being harassed by anti-choice campaigners as she was seeking an abortion in Glasgow.
A new series of photos by Johny Pitts shines a light on communities and subcultures that have all too often been overlooked.