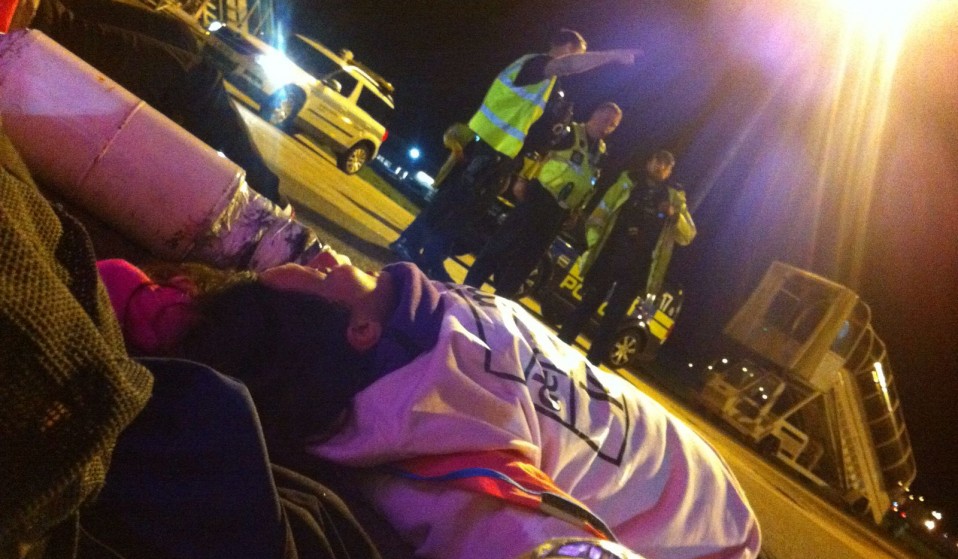 Tonight campaigners have taken to the runway at London Stansted Airport, blockading a flight filled with asylum seekers being deported to Nigeria and Ghana.

Tonight campaigners bypassed security and have taken to the runway of London Stansted Airport, stopping a charter flight filled with asylum seekers being deported to Nigeria and Ghana.

Despite heightened security in the wake of last week’s attack on Westminster, activists tonight are blockading part of the runway at one of London’s busiest airports. At 10pm up to 15 activists took to the tarmac at the airport in an attempt to stop the flight. Using tubes and chains, the campaigners have locked on to each other and a pyramid structure, and are refusing to leave the runway until the flight is cancelled. Emergency services are already on the scene.

The charter flight is due to fly asylum seekers and migrants to Nigeria and Ghana, but many on board argue their lives will be in danger should their return go ahead. According to activists on the ground the crew had left the plane at midnight on Tuesday. Those people set to be deported were – due to this action – never forced to get board.

Deportation flights like this are nothing new; in 2016 some 35 mass deportation charter flights departed the United Kingdom, forcibly removing people from their homes and lives in Britain to countries including Pakistan, Albania, Nigeria and Ghana. 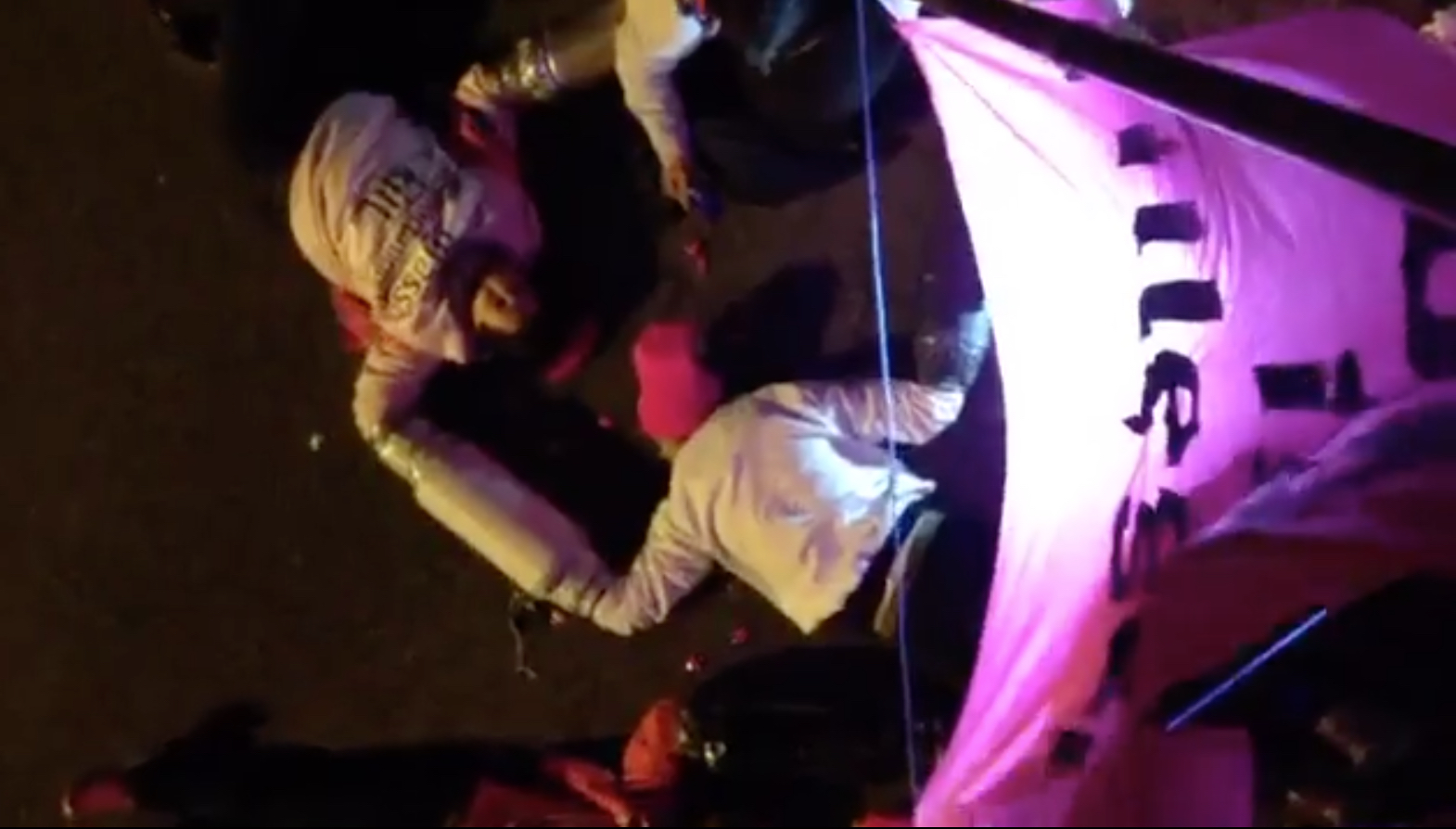 Among those due to be on board are a 21-year-old asylum seeker whose brother and grandfather were killed in Nigeria. “Both of my parents are in the UK, they are British,” he wrote on a blog, Detained Voices, just eleven days ago. “I have been here, with them, for over 5 years. But the Home Office wants to send me back to Nigeria.”

“The Home Office say I cannot stay here with my parents anymore. My brothers are here. I am in fear to go back to Nigeria, there is fighting over land. They killed my brother. They killed my grandfather.”

Others on the flight include a Ghanaian man who’s lived in the UK for 18 years. His wife, brother, nieces and nephews are still in Britain, and he says he’ll commit suicide if taken to Ghana. “What do the they expect me to do? They are trying to deport me when I don’t have one penny in my pocket,” he explained. “How can I leave me wife in this country? How can I leave my brother and his children in this country? My family and my life is here in the UK. If they take me back to Ghana I will kill myself.”

A woman with British parents is also on the flight, she has no family in Nigeria and says that a doctor has declared her unfit to fly. While it’s unclear exactly how many people have been forced onto this particular flight, it’s not unusual for up to 100 people to be deported on any one flight.

Co-ordinated by campaign groups including End Deportations, Lesbians and Gays Support the Migrants and Plane Stupid, the action is part of a widespread movement to draw attention to the British immigration system. 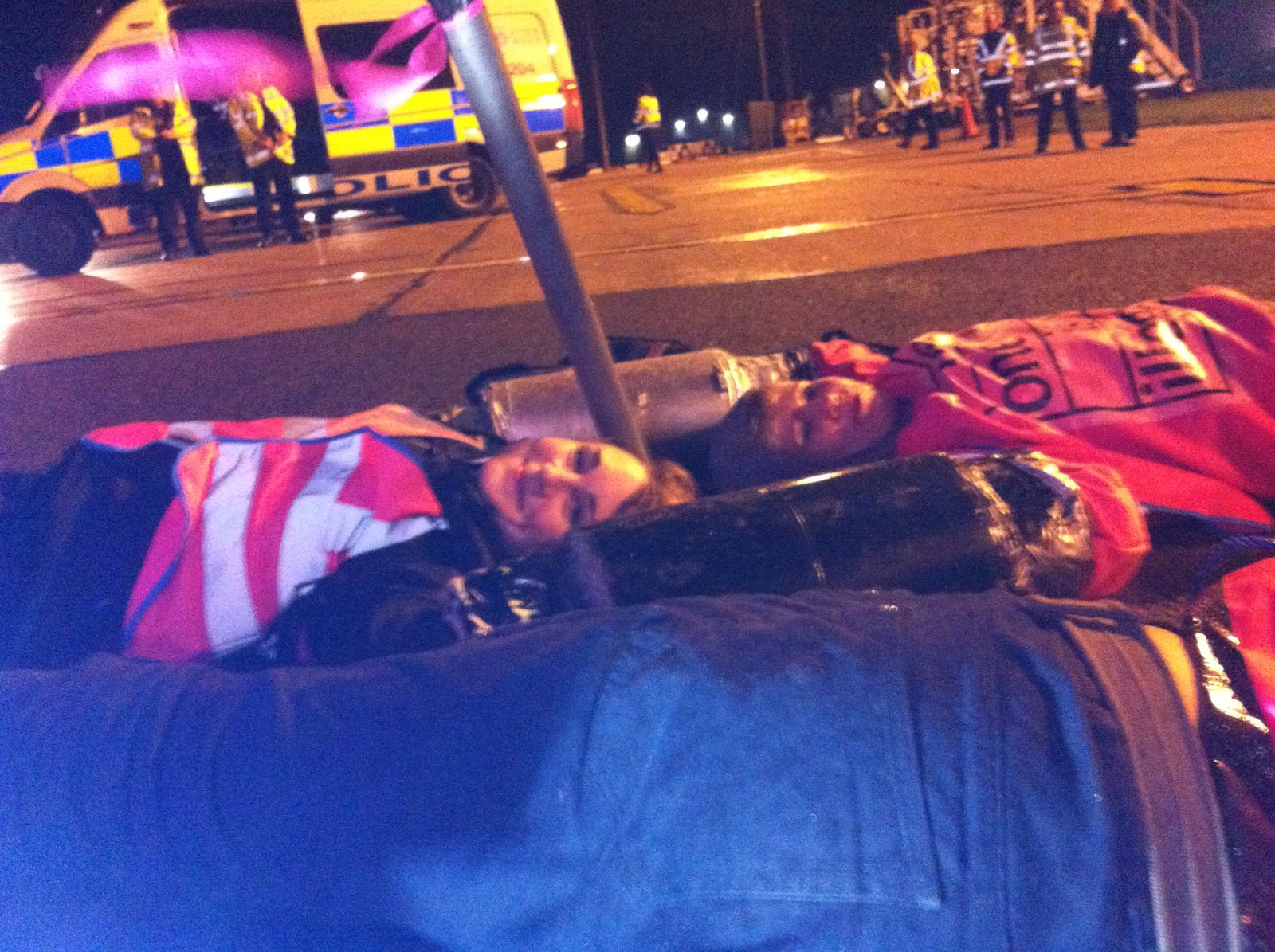 Emma Hughes, an activist with End Deportations, is one of the activists currently blockading the runway, and told Huck she’s put her body on the line to stop a “brutal system” that’s tearing communities and families apart.

“We’ve taken this action because many people on this flight are being placed in serious danger by being callously deported back to Nigeria and Ghana,” explains Hughes. “There’s been a lot of attention recently on Trump’s racist Muslim ban, but what’s happening in the UK is equally repellant.”

“People are being rounded up in the middle of the night based on their perceived nationality, forced on to planes in undisclosed locations and strapped down in their seats with no one witnessing the violence they’re facing. Do we really want to live in the sort of society where these violent and secretive mass deportations are being normalised?” 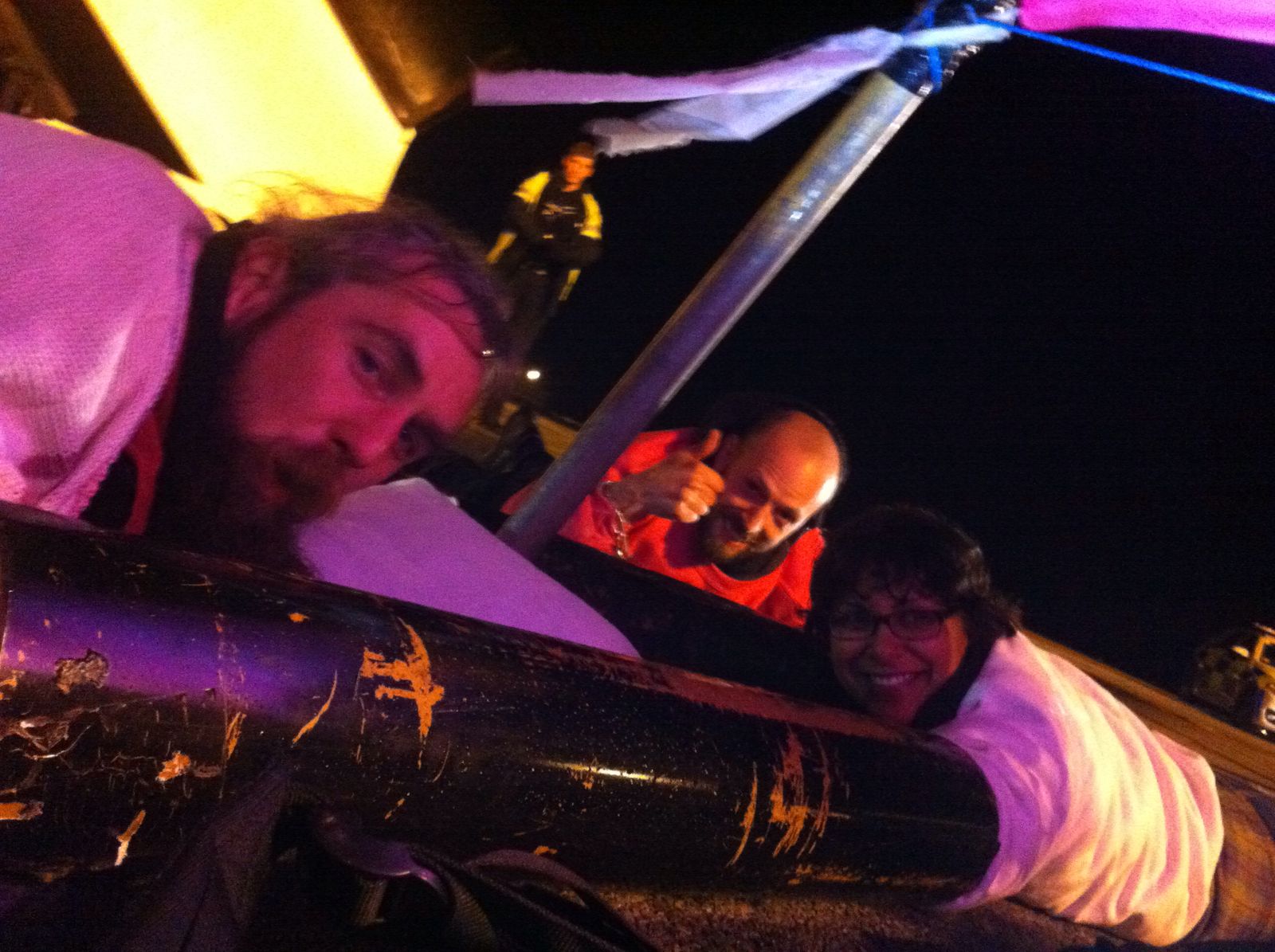 While campaigners argue this shouldn’t be an issue of money, it costs just £12,000 on average to house someone seeking asylum, compared to the estimated £35,000 price tag of detaining someone annually. According to former Immigration Minister James Brokenshire, it costs on average over £5,000 per person deported on every flight.

Mass deportation flights are just one aspect of the cruel British immigration detention and removal system: the United Kingdom is the only nation in Europe in which migrants can be detained indefinitely.

Linkedin
RELATED ARTICLES
OTHER ARTICLES
Photographer Sean Maung reflects on documenting a small town in Pennsylvania afflicted by high levels of unemployment, poverty, violence, crime, and addiction.
Activists and campaigners are fighting back against new laws that would seriously undermine the ability to take industrial action, calling it an attack on fundamental workers' rights.
The action took place in response to the 200 asylum-seeking children who were placed in hotels run by the Home Office who have gone missing.
A new film from Berghaus traces the story of Adam Raja, who left behind a turbulent upbringing to discover the healing power of climbing.
A new exhibitions brings together the work of photographers who documented the deep unrest of these pivotal decades.
Filmmaker Laura Poitras discusses her new documentary which traces the remarkable life of the artist-activist and the impact of her battle against the US opioid crisis.