News & Politics / Activism / Don’t be a dick: an expert’s guide to volunteering abroad 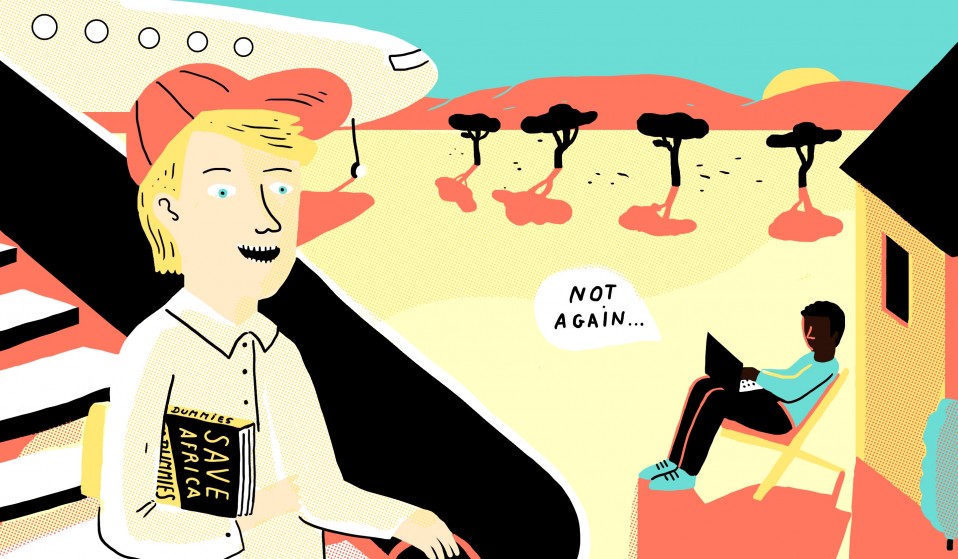 It’s easy to alienate people as a rich white person in a foreign land. If you’re thinking about volunteering abroad or working for an NGO, here are five things to think about to ensure your contribution is positive.

It’s easy to alienate people as a rich white person in a foreign land. If you’re thinking about volunteering abroad or working for an NGO, here are five things to think about to ensure your contribution is positive.

“The conversation was always about ‘help, help, help,’ but nobody ever asked if what we were doing was needed,” Joe explains to me down the phone. Joe, a photographer from London, went to volunteer with a not-for-profit project in rural South Africa with high rates of HIV – but came back disillusioned by the experience.

Joe’s experience reflects what derails so many well-intentioned “development” projects: the infamous White Saviour Complex. In short, that’s entitled Westerners who feel they can parachute in with solutions to problems facing communities around the globe because, by virtue of being born in Europe or the United States, they have all the answers. Right?

Foreign NGO workers and ‘voluntourists’ have become notorious in some parts of the world for their arrogance, ignorance, and insensitivity – which not only leads to failed projects, but deeply annoys local people.

Today’s white explorers might not be wearing pith helmets or have the King’s African Rifles marching behind them, but going around talking to locals like children still leaves a nasty colonial aftertaste in the mouth.

So, how to avoid making those mistakes? Whether you’re a looking for a job in development, setting up your own project, or just hoping to do some volunteering on your travels, here’s some advice on making a difference, without falling into the White Saviour trap.

Madonna recently stepped unwittingly into a Kenyan national debate over how much expats employed by NGOs actually contribute to the country. As the Kenyan government was threatening to send thousands of foreign development workers home, the Material Girl posted a photo to Instagram of an open sewer in Kibera, Africa’s largest informal settlement, with a shout out to an NGO working on water and sanitation. 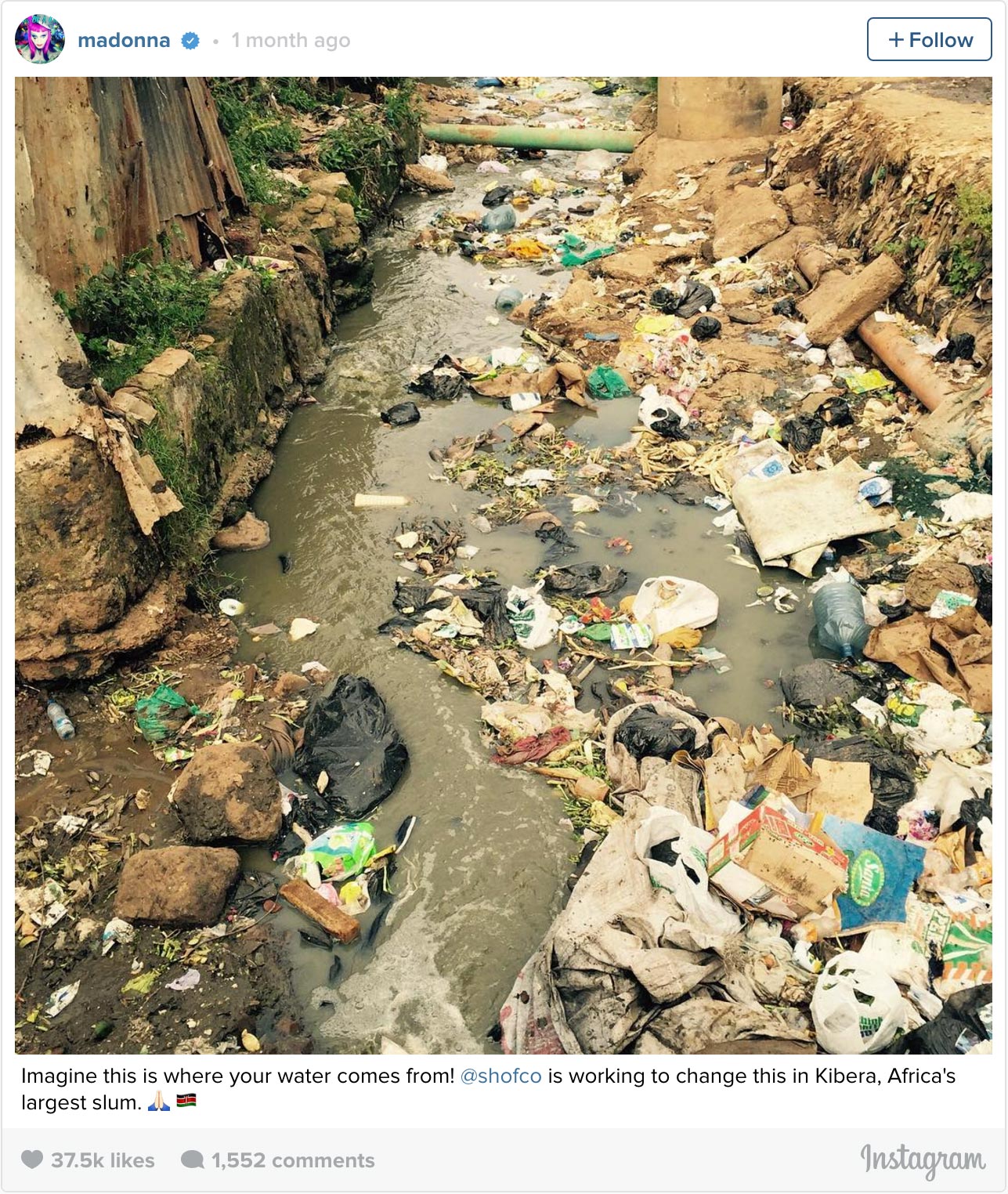 Kibera residents, like rapper and social entrepreneur Octopizzo (whose Foundation works to help underprivileged young people fulfil their potential), were quick to call bullshit – no Kenyans would ever drink from an open sewer. They argued the misleading image was pitched to appeal to patronising Western prejudices about the conditions that locals live in.

“You can’t come in and say, ‘Oh, you guys are so dirty, you’re so filthy, because you don’t have clean water,” Octopizzo says. “Outsiders lack of understanding the community has caused a lot of problems. People need to do their research and get to know the culture.”

Avoid projects patronising projects like the plague. Nobody needs another programme pitched at white people who want to snap pictures of themselves with cute orphans – The Humanitarians of Tinder crowd. 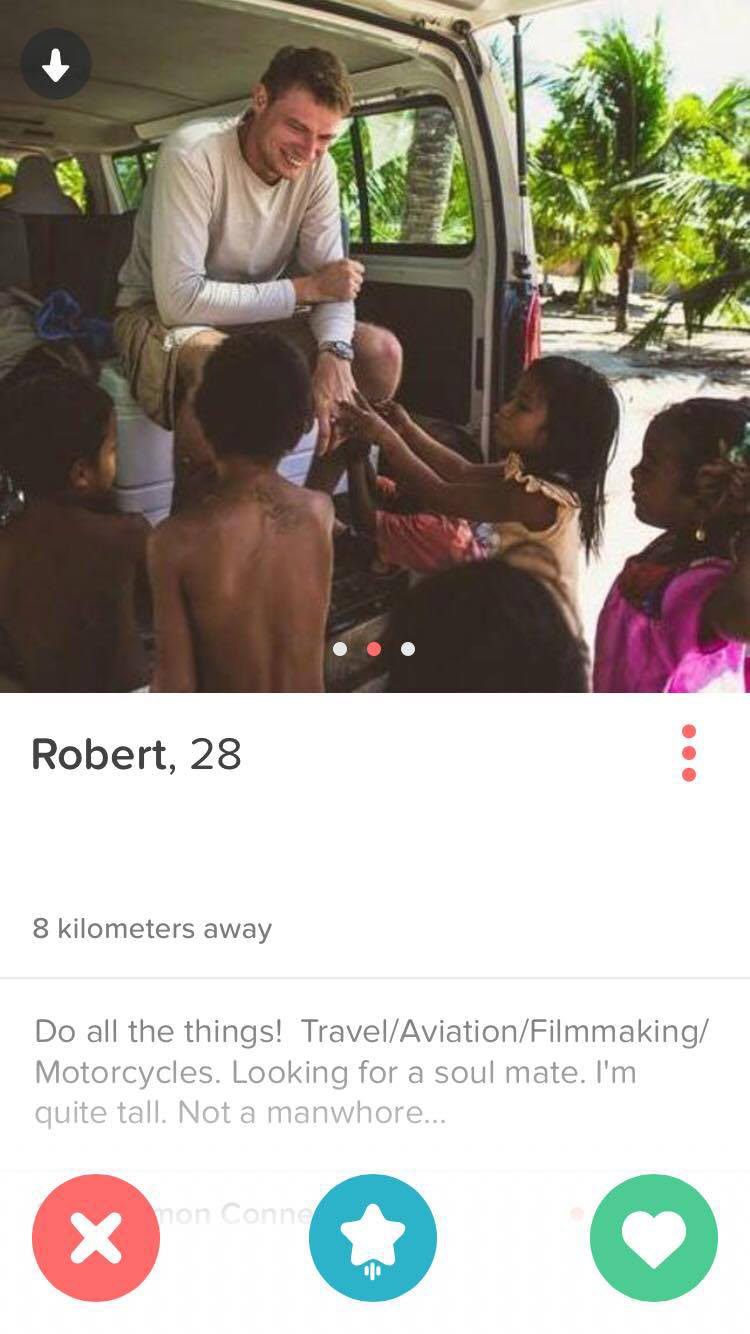 “The more negative models [of slum tourism] emphasise too much of the residents’ innocence and the need of charitable support for people living in these places,” says Fabian Frenzel, academic and author of Slumming It, which examines the recent boom in slum tourism worldwide. “This pitying interaction is problematic because it creates images that slum dwellers are children in need of care – but they can mobilise themselves to raise grievances with authorities and others.”

Octopizzo agrees. “I don’t believe in charity because it creates a power imbalance: ‘I’m the donor and you are here suffering’,” he explains. “What’s more important is the dignity and the respect you have for one another.”

3. Come with an open mind – what works in Shoreditch probably won’t work in Soweto

“Before saying, ‘This is what we want to do’ come and get to know the neighbourhood and the community,” says Octopizzo.

Is art therapy the best way to tackle poor attendance at school? Could other factors like poverty, child labour or disease, be the real barriers to children’s education? Are cryptocurrencies the best way to address the lack of access to finance?

“The difference between many foreign-led projects and local ones is that local people have their feet on the ground,” Octopizzo says.

If the situation is messed up, there are probably good reasons it hasn’t been sorted out already. Be wary of projects that claim to have found a magic cure-all, like throwing some fancy tech solution into the mix. If a project sounds a bit far fetched, look for a project more grounded in reality.

4. Ask yourself why you’re here

If you’re trying to squeeze in a slum visit in between a surf trip and going on safari, perhaps you should reconsider.

“Expats have time to come here and go to safaris and hang out, but they never have to go research on the ground,” Octopizzo explains. “They can go to Masai Mara for a month and post pictures of giraffes, but in Kibera they take a few pictures, make a story and never come back.”

There’s no shame in ‘just’ being a tourist. Be honest and recognise there’s not much you can meaningfully contribute in a few hours. But if you have the time to spend, invest it in getting to know local people, engage with them on an equal footing and realise you probably have much more to learn from them than they can learn from you.

From social networks to skateparks and eco villages, there are scores of abandoned bright ideas transplanted from the West. “If you just parachute something in for the short term and don’t let the community take ownership, it will be rejected and it will fail,” says Waves for Change founder Tim Conibear.

Building a quarter pipe alone is unlikely to do much for local street children, but projects with strong community and educational programmes attached, like Skateistan, have demonstrated the value of action sports to engage hard-to-reach young people.

Skateistan was a major inspiration of Waves for Change, which now has sites in Masi, Lavender Hill and Khayelitsha, South Africa. Alongside surf coaching, they offer a child protection programme and life skills education, free hot meals and social workers who liaise with families and schools to support the most vulnerable.

The key to success is community ownership, Tim says. “If it’s owned by the community then the natural development of the programme is responsive to the community’s needs.” Inspired by his DIY principles, Tim planned not to bury his ego into a personal passion project, but eventually remove himself entirely. “You build the expertise in the community and then hand it on,” he explains. “That’s what development really is. When you build yourself in, you also have to build yourself an exit. Because otherwise you just build something around yourself and it falls apart when you leave.”

Linkedin
RELATED ARTICLES
OTHER ARTICLES
Photographer Sean Maung reflects on documenting a small town in Pennsylvania afflicted by high levels of unemployment, poverty, violence, crime, and addiction.
AI companies that develop image-generators using copyrighted artwork from the internet are coming under fire from artists who say that it amounts to theft.
A new exhibitions brings together the work of photographers who documented the deep unrest of these pivotal decades.
A new film from Berghaus traces the story of Adam Raja, who left behind a turbulent upbringing to discover the healing power of climbing.
Activists and campaigners are fighting back against new laws that would seriously undermine the ability to take industrial action, calling it an attack on fundamental workers' rights.
The action took place in response to the 200 asylum-seeking children who were placed in hotels run by the Home Office who have gone missing.