News & Politics / Activism / Five things you should know about Azerbaijan 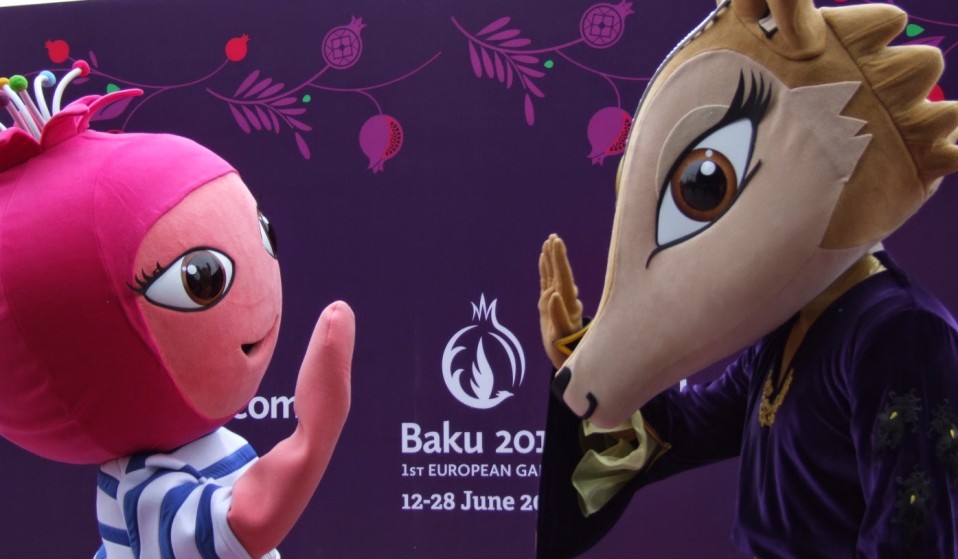 On the heels of the FIFA circus, the people behind the Olympics are now unveiling their latest franchise in Azerbaijan.

On the heels of the FIFA circus, the people behind the Olympics are now unveiling their latest franchise in oil-rich Azerbaijan, a country perhaps best-known for its poor human rights record.

The Olympic cauldron will ignite on Friday for the first-ever European Games — a brand-new between-Olympics appetiser event invented by the European Olympic Committee. The Olympic movement was founded with aspirations to showcase the most positive aspects of humanity through sport. The passing of the torch from person to person and nation to nation has become an internationally recognisable symbol of fraternity and peace.

So what country has earned the privilege of being first to take accept the torch and pioneer the template for this European celebration of humanity?

That’s right Azerbaijan is the oil-rich former Soviet republic that hosted the 2012 Eurovision song contest. The one where Human Rights Watch raised the alarm over an escalating campaign of repression against government critics that the watchdog says marks a dramatic deterioration in an already poor human rights record.

To learn more about who will be hosting the European Games (June 12-28 in the capital, Baku), Huck spoke to human rights and anti-corruption activists to find out what we should know about the host country. 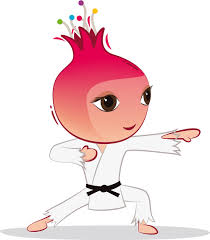 Azerbaijan ranks in the top 50 of the world’s most corrupt countries according the Transparency International’s latest Corruption Index where it was 126 with Somalia capturing the dubious top spot at 175. Locking up journalists might be its strongest event — it’s number five in the most censored countries according to the Committee to Protect Journalists. It’s also one of the 20 worst countries on Reporters Without Borders’ World Press Freedom Index putting it at 162 out of a possible 180.

Its democracy has begun to look more like dynastic succession, with widespread accusations of electoral rigging and political intimidation filed by human rights organisations. After succeeding his father Heydar Aliyev (president from 1993-2003), President Ilham Aliyev amended the constitution in 2009 to allow unlimited presidential terms.

Tucked between Russia, Turkey, Armenia, Georgia and Iran, Azerbaijan has in recent years become an oil and hydro-carbon products pipeline for the world. The Southern Gas Corridor, which started which plans to supply Europe directly by 2019. Mineral rich, its GDP has grown extensively since they declared independence from the USSR in 1992. But resource corruption watchdog Global Witness has noted it’s unclear who owns the private companies that benefit from billions of dollars’ worth of business in handling Azerbaijani oil — or why they are even involved.

UPDATE: Three days before the start of the Games — on June 9 —Azerbaijan barred Amnesty International from entering the country. Authorities also detained Emma Hughes of Platform, a member of the Sport for Rights coalition, at Baku airport and seized her passport. Hughes authored a report on Games sponsor oil and gas giant BP and its relationship to the Aliyev regime. On the same day, the Organisation for Security and Cooperation in Europe, or OSCE, was ordered to close its Azerbaijan office within a month. 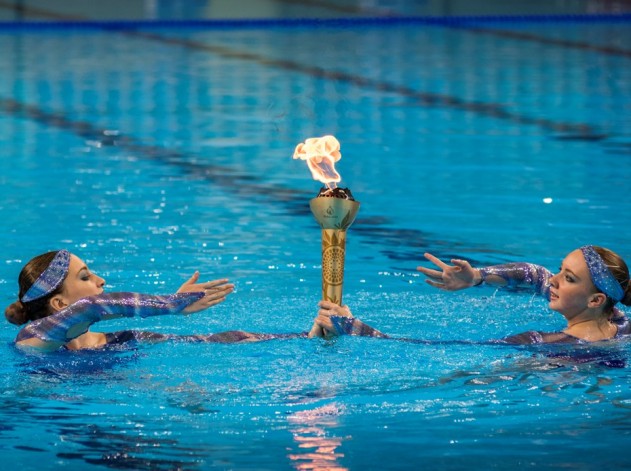 “For Baku it’s too late, we can only say that it is wrong and a horrible situation and that sports organisations and teams going there should talk about it and aware of it. And politicians shouldn’t go there. Not to help the regime or to help Aliyev to misuse the European Games.”
— Sylvia Schenk, Former Olympian and Senior Advisor on Sport for Transparency International

From the upcoming FIFA 2022 World Cup to last year’s Winter Olympics in Sochi to the 2008 Beijing Olympics, hosting big sporting events seems to be part of the playbook for regimes who want to be feted internationally without having to go to the trouble of addressing allegations of widespread corruption or notorious human rights records. “Quite often,” Schenk says, “countries with bad reputations for human rights issues and corruption use big sports events to launder their image and to better their reputation.” Transparency International is pressing for sporting organisations to adopt “new bidding criteria, including human rights aspects, anti-corruption measures, to have specific clauses in contracts for major sport events so that in the future things will change.”

The European Olympic Committee responded to Huck’s questions by stating “It is not the EOC’s place to challenge or pass judgement on the legal or political processes of a sovereign nation and, like all sports organisations, we must operate within existing political contexts.” “The European Games is not a reward for Azerbaijan’s progress over 23 years of independence,” a spokesman said in a written response to questions. “Rather, it is an incentive and a catalyst to continue that progress and create a meaningful legacy of sporting and social development.”

Human rights groups, however, see it differently. “Far from advancing the goals of press freedom and human dignity enshrined in the Olympic Charter, the legacy of these games will be to further encourage repressive authorities around the world to view major international sporting events as a ticket to international prestige and respectability,” Denis Krivosheev, Amnesty International’s deputy director for Europe and Central Asia says.

3. Baku’s beautification campaign has an ugly side 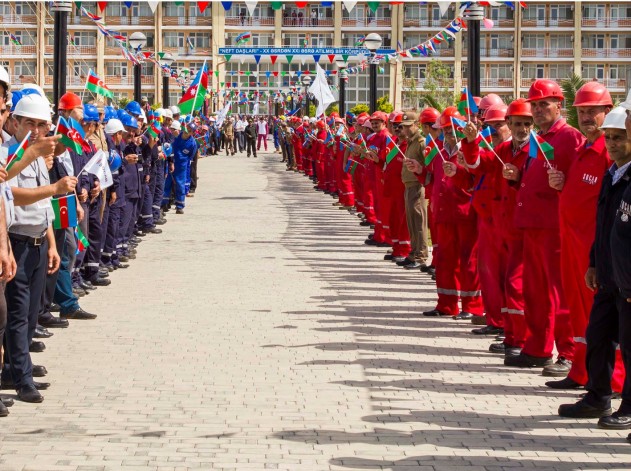 “It’s an international institution that’s giving credibility to a very corrupt government. The Olympics is a celebration of international cooperation, so it seems to me that it sends completely the wrong message. It’s shameful that people aren’t talking about all the people they have rotting in prison.”
— Liz Mermin, Documentary Filmmaker
The way a regime responds to opposing voices speak volumes. In the run up to 2011’s Eurovision, Liz Mermin travelled to Baku for her documentary ‘Amazing Azerbaijan’ she found a government that was relentlessly silencing its critical voices. Four years later there is a lot less criticism — something  achieved after years of locking up high-profile lawyers, journalists, human rights activists and opposition party members in jail.

‘The Belt of Happiness’ is a wall that runs from the airport to Baku’s city centre. In ‘Amazing Azerbaijan,’ investigative journalist Khadija Ismayilova explains how the Belt “hides the real Baku from visitors. Behind that wall you see polluted areas, houses of poor people … the beautiful is only a façade, they don’t want to show what happens beyond the Belt of Happiness.” As a prelude to its Eurovision broadcast, there were widespread accusations of forcible evictions to pave the way for modern structures. Ahead of the inaugural European Games, buildings were covered with poor quality, flammable, plastic cladding to give a veneer of prosperity. At least 16 died, including five children, last month when one of the plastic facades ignited.

4. Most of its civil society leaders are in jail 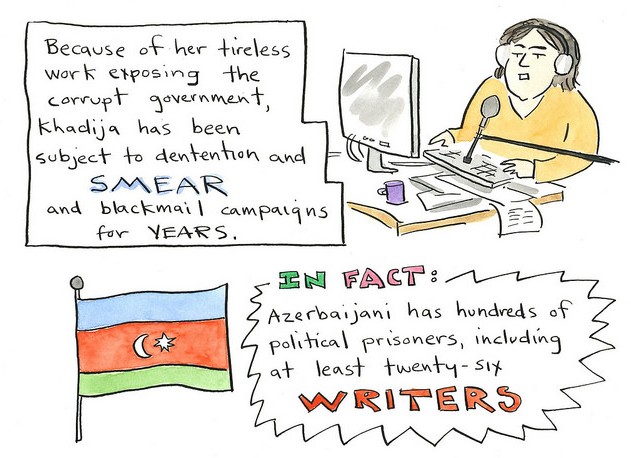 “He was part of a younger generation of human rights activists, a real motivator of young people. His detention and imprisonment was really a warning to young people especially thinking about human rights and activism what exactly will happen to you if you choose that route.”
— Jane Buchanan, Associate Director of the Europe and Central Asia Division Human Rights Watch on the arrest of Rasul Jafarov.

Azerbaijan’s leading investigative journalist and recipient of numerous international human rights awards, Khadija Ismayilova, and elderly married activists Leyla and Arif Yunus, are among the at least 36 prisoners of conscience currently behind bars. Leyla Yunis, director of the Institute for Peace and Democracy, who had her Baku office demolished before Eurovision in 2012, has been held since August without charge or even interrogation, something Buchanan says “reflects the punitive nature of her detention.”

Also among the imprisoned is Rasul Jafarov, who is serving a six and half year sentence. He started a campaign called ‘Sing for Democracy’ during Eurovision and was planning a ‘Sports for Rights’ campaign when he was arrested in August.

The jailed also include Intigam Aliyev, whom Buchanan calls ‘the father of human rights in Azerbaijan.’ He ‘trained generations of lawyers, bringing more than 100 cases before the European Court against Azerbaijan’ was sentenced in April to seven and a half years. “Not only was he imprisoned,” Buchanan says, “but his organisation was closed down and all the cases he was working on seized. But with his arrest, a whole mass initiative seeking justice for individual people facing human rights issues in Azerbaijan has been completely wiped out.” 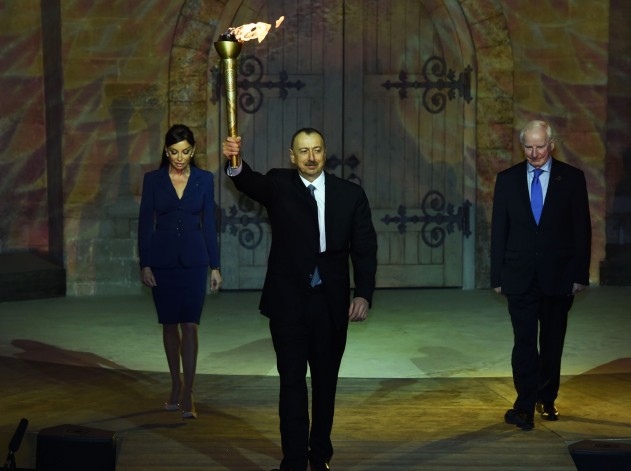 “Europe has been saying that they want to pursue a policy of quiet diplomacy, that they think that’s what will be effective in Azerbaijan. And that’s just not true. We’ve had nothing but quiet diplomacy for year and years and we’ve seen no gains from it… How do they get away with it? Because no one’s stopping them!”
— Rachel Denber, Deputy Director of the Europe and Central Asia Division Human Rights Watch

“They barely have their wrists slapped by The Council of Europe, an institution whose raison d’être is to protect human rights. How can this happen? In what world is that okay?” Human Rights Watch International’s Rachel Denber asks.

Human Rights Watch International’s Jane Buchanan continues “The Council of Europe at some level has become comprised. You have the Human Rights Commissioner making repeated extremely articulate, really strong clear minded forceful statements on the situation in Azerbaijan and you have (the parliamentary committee) coming out with really weak reports. And it’s absolutely undermining real progress. The Council of Europe should take a really hard look at that. How is Europe’s number one Human Rights body failing?

Linkedin
RELATED ARTICLES
OTHER ARTICLES
In 2012, Huck caught up with Tim Von Werne, whose career was cut short under a veil of ‘controversy’, to find out why there's so few openly gay skaters.
Passion and tradition are still values that we cling on to in football, though many of them have been pawned off as part of a package TV deal in the last few years. With FIFA in turmoil and corruption now intrinsically linked to the game, has football finally cut ties with its roots as the people's game?
A new Erin Brockovich-style documentary exploring the damaging effects of pollution in China is sweeping the nation with concern.
Liz Mermin, a collaborator with recently imprisoned journalist Khadija Ismayilova, describes corruption and human rights abuse in Azerbaijan.