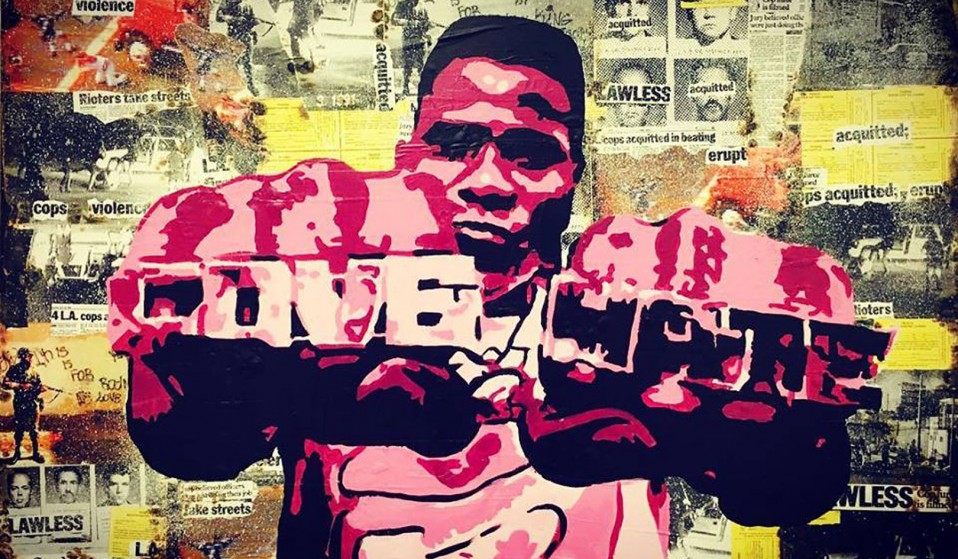 A multimedia collective is using the power of creativity to protest an epidemic of violent deaths in the US.

A multimedia collective is using the power of creativity to protest an epidemic of violent deaths in the US.

Art Responders is an online community using creative expression as a form of protest. Its target? A culture of inhumane law enforcement in the US.

It was sparked by the fatal police shooting of Michael Brown – an unarmed 18-year-old stopped for jaywalking in Ferguson, Missouri – and the wave of unrest that followed.

Daryl Wells, an artist based in the San Francisco Bay Area, became fed up with the same images of Brown circulating through the media. Her solution was to represent him the way he would’ve wanted, drawing information from his commemorations. 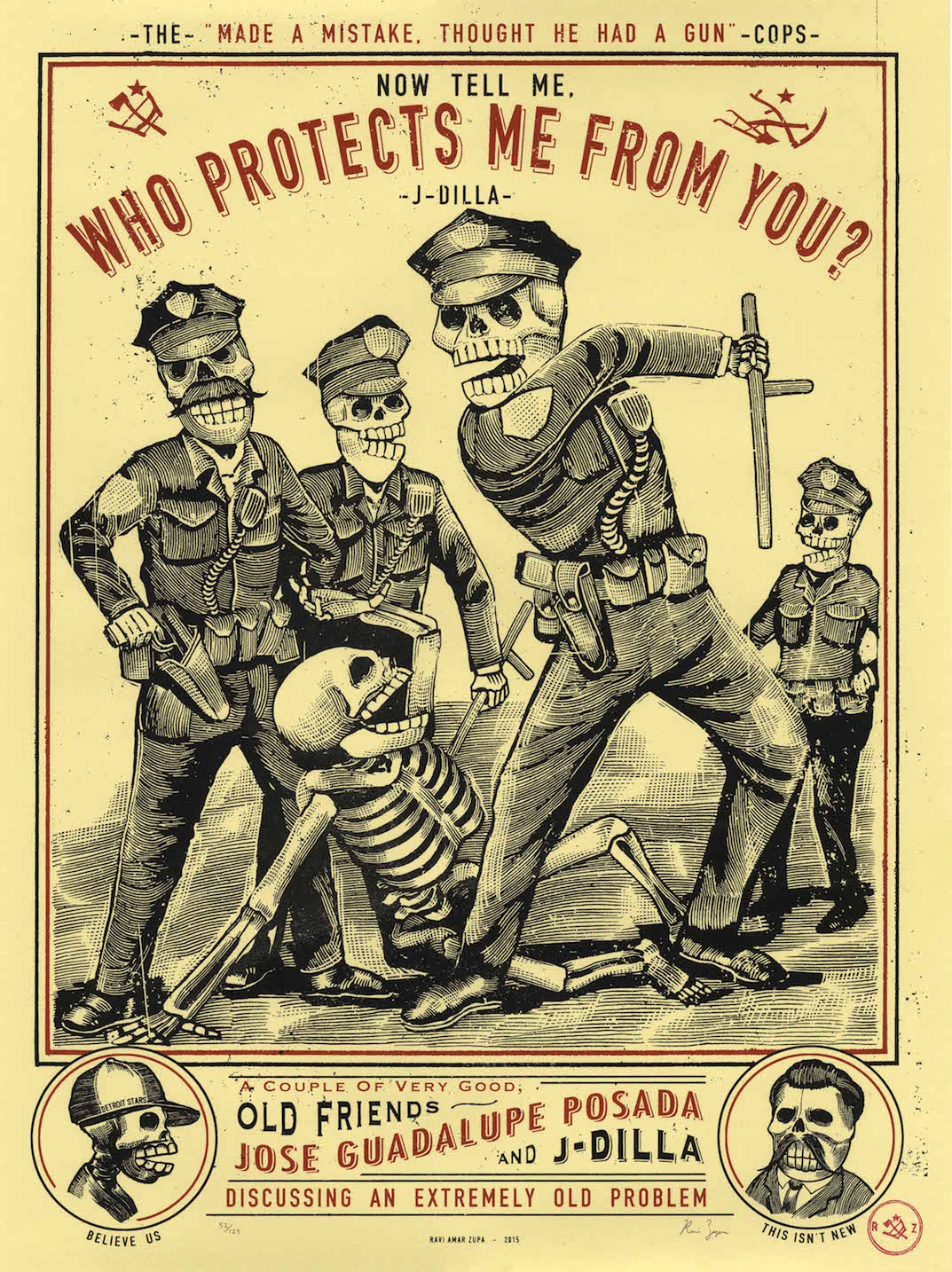 The finished picture wasn’t intended for anyone else until, months later, a grand jury found that the police officer responsible for Brown’s death had not broken the law. That compelled Wells to share the image online, prompting others to follow.

Wells spent over a year assembling responses by artists, journalists and social theorists, developing a grassroots multimedia initiative that could better push for change.

It’s a non-profit enterprise – Wells ran a crowdfunding campaign and invested much of her own savings to make this happen – but it’s not an anti-police one.

It’s about understanding the underlying causes of a systemic problem, she says, and figuring out ways to counteract it. Here are five insights Wells has gleaned from the project. 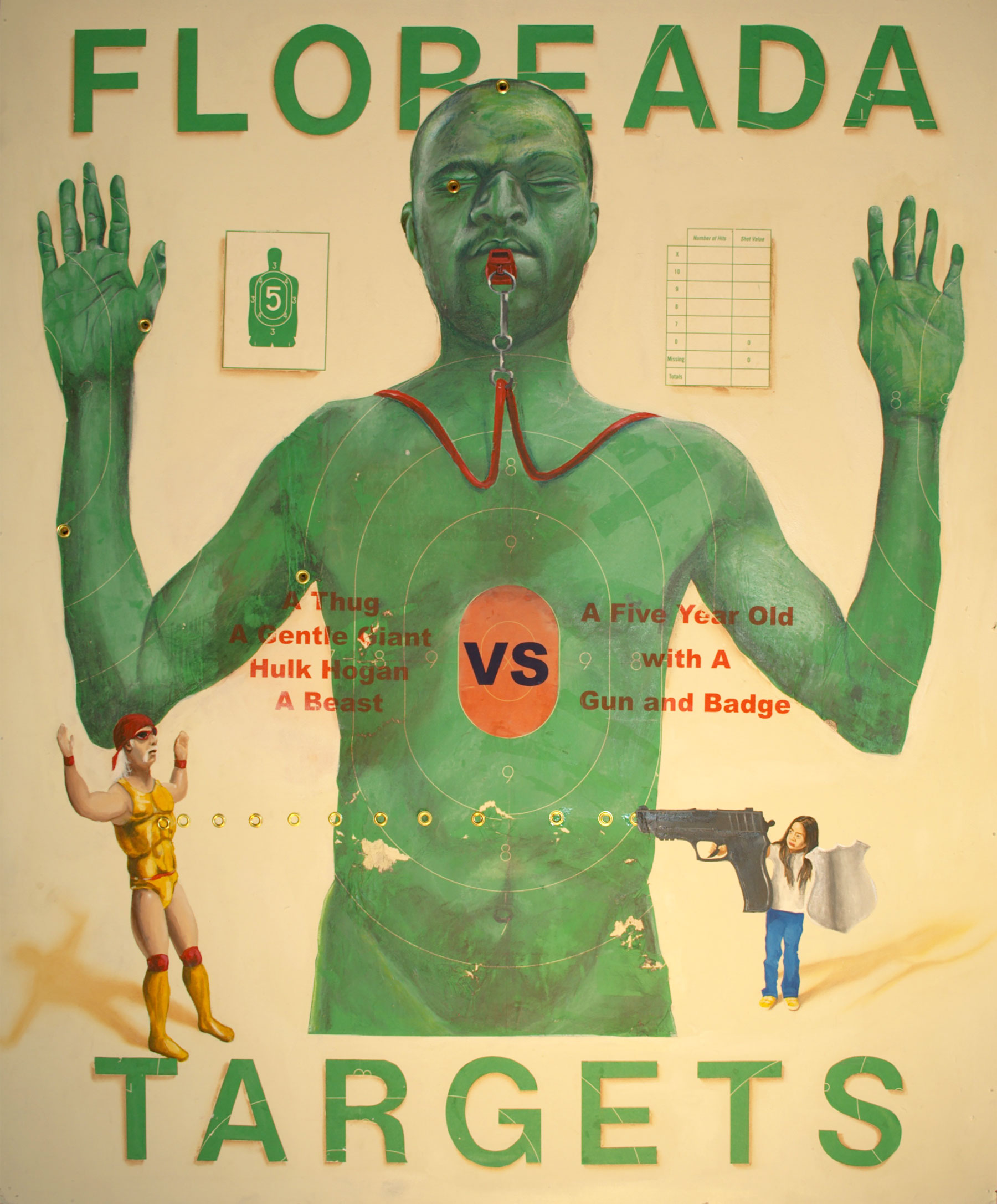 Social media has been integral to Art Responders: it unites people under a common cause and allows them to disseminate information they wouldn’t access otherwise. But that can backfire too, says Wells.

“The Facebook algorithm – the way it increasingly learns your click-through habits and starts pushing more of the same, and even more extreme, views on you – has the potential to become dangerous.

“Once the site ‘learns’ you’re interested in an issue, your news feed is increasingly populated by paid sources pushing similar ideas – and it can become an echo chamber where you’re only encouraged to become more extreme. 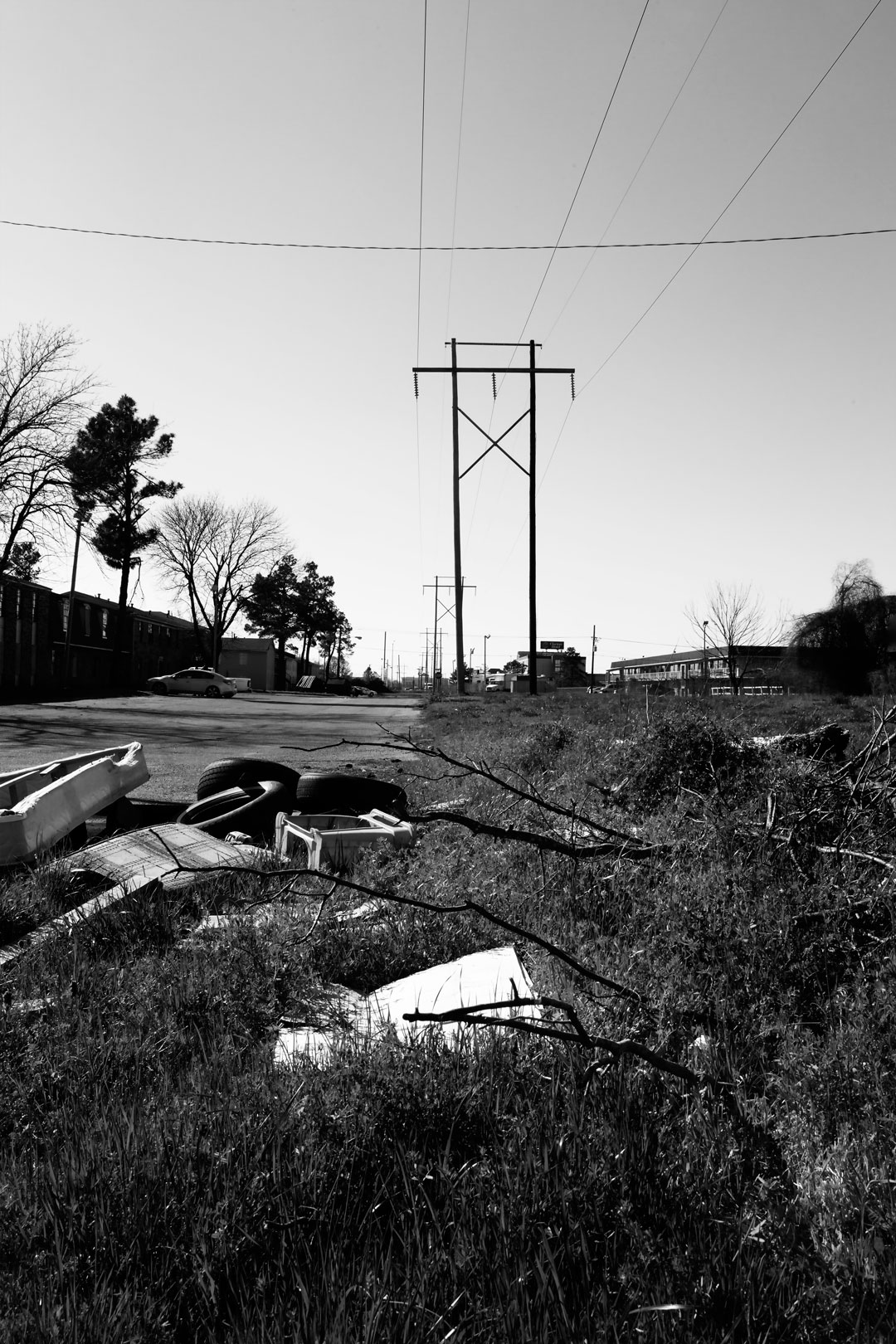 “Then the people on the other side of the aisle become more and more of an enemy, and [anyone] can find themselves posting terribly hateful things because they’ve been pumped full of vitriol…

“Once in awhile these people act out. If you read about Dylann Roof, the young man who shot and killed nine black people in a South Carolina church, it seems that he never could have been radicalised to the degree that he was without access to social media.”

2. Obama is the president least likely to address racial disparity

To be fair, she says, the headlines took his words out of context. But Wells still feels disappointed by Obama’s unwillingness or inability to address certain fundamental issues – like racism – particularly at a time when he should be able to be more free with his words. 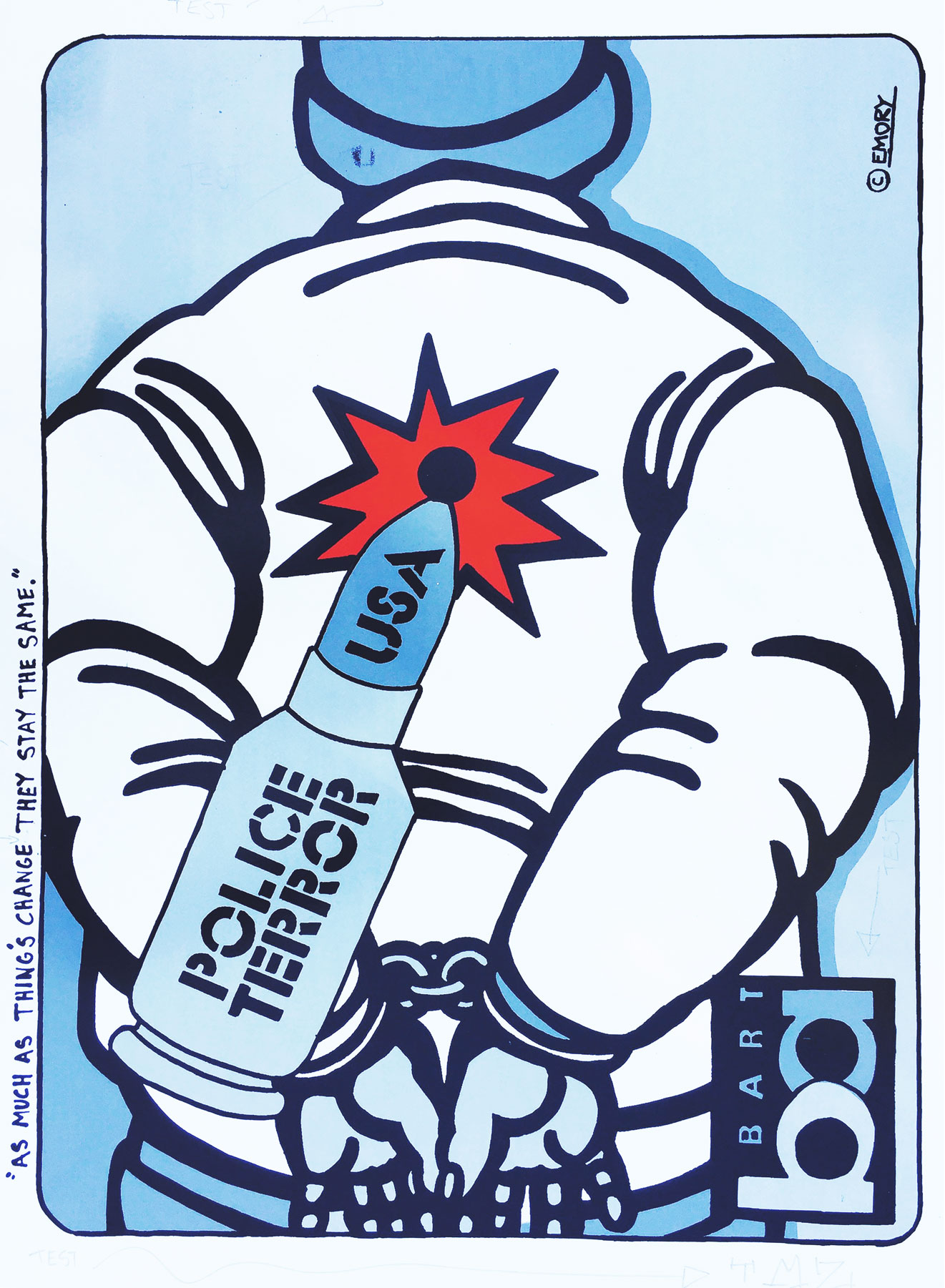 “Ironically, given the messed-up political atmosphere of the US, Obama is the least likely president to be able to address racial disparities,” she says.

“He has to act like a saint to thwart the rightwing, racist fear-mongers who are all too ready to portray him as an angry black man. He’s like Sidney Poitier in Guess Who’s Coming to Dinner: too perfect to be real. But that’s the only kind of black president this country could swallow.”

As depressing as it sounds, Wells adds, Obama is probably the most progressive president we’ll see in the next decade, so picking apart his policies does little to advance the progressive cause.

What the US needs is more truly progressive candidates and campaign finance reform – something Well says is going to take time, strategy and patience.

“We can’t continue dithering over whether someone’s radical enough, or rejecting effective organisers because they have money and that sullies the position of purity. The American left has to prioritise, and we’ve been really shit at that for a long time.” 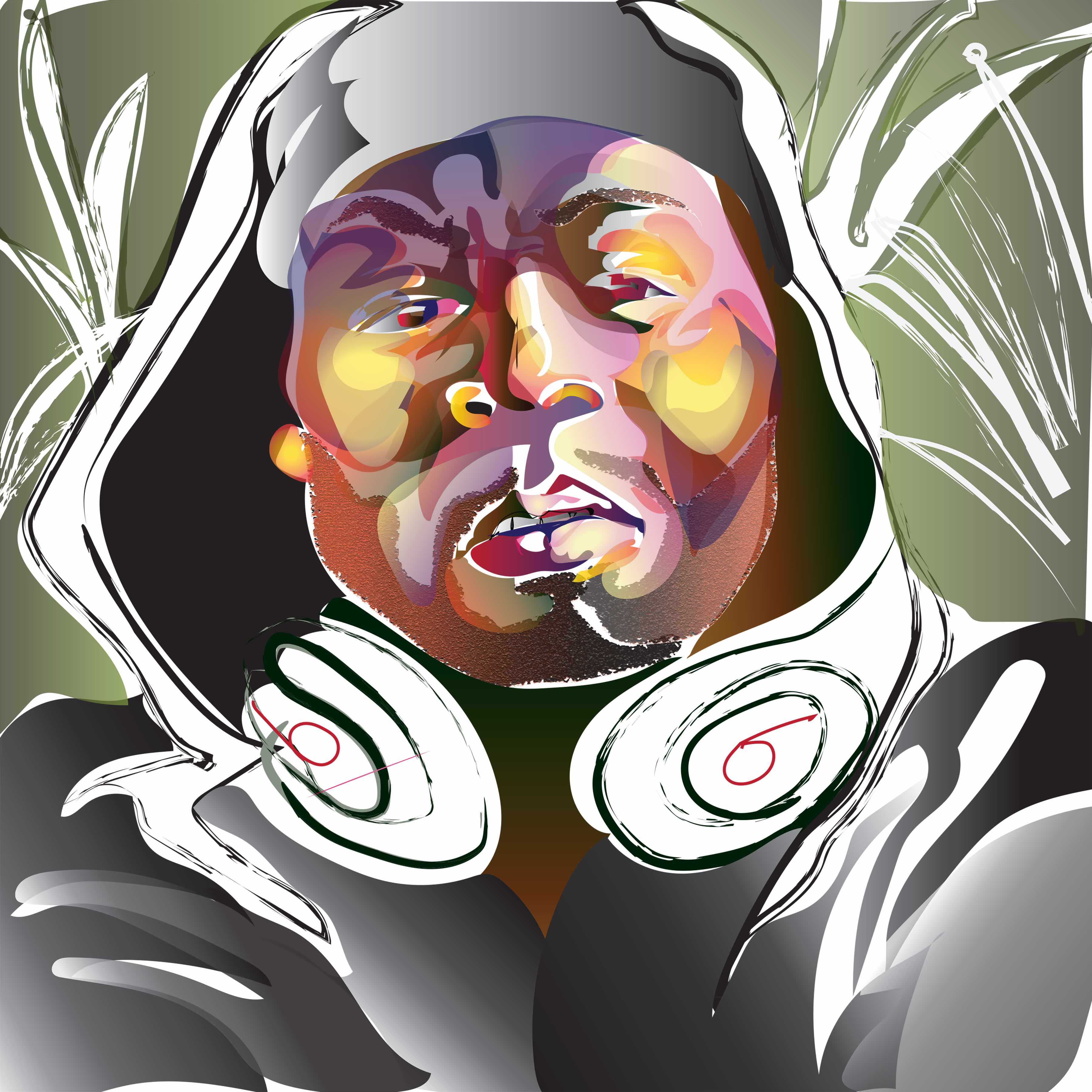 3. The slogan ‘This Ain’t Yo’ Mama’s Civil Rights Movement’ is downright disrespectful

Around the time Wells proposed VIRAL, she noticed T-shirts and memes echoing the phrase, ‘This Ain’t Yo’ Mama’s Civil Rights Movement’. Having lived through various cycles of unrest and passivity over the past 25 years, that bothered her.

“Americans on the whole have a pretty short term memory about the country’s recent history and this has doomed us to repeat it over and over again.

“By rejecting the past work on this issue I felt the people pushing BLM as a ‘millennial’ movement were making a big mistake. I wanted to remind people of the many cases and protests that had gone before, and how we need to keep attention on this issue if we’re ever going to see change…

“My parents are from the original civil rights movement: they went to segregated schools in Washington, D.C. As African-Americans growing up in the ’50s, they experienced getting spat at and called ‘nigger’ on a regular basis. For these younger activists to reject the hard work and suffering that went into the gains they made is, to me, wrong-headed… We can’t reject the past if we want to learn from it.” 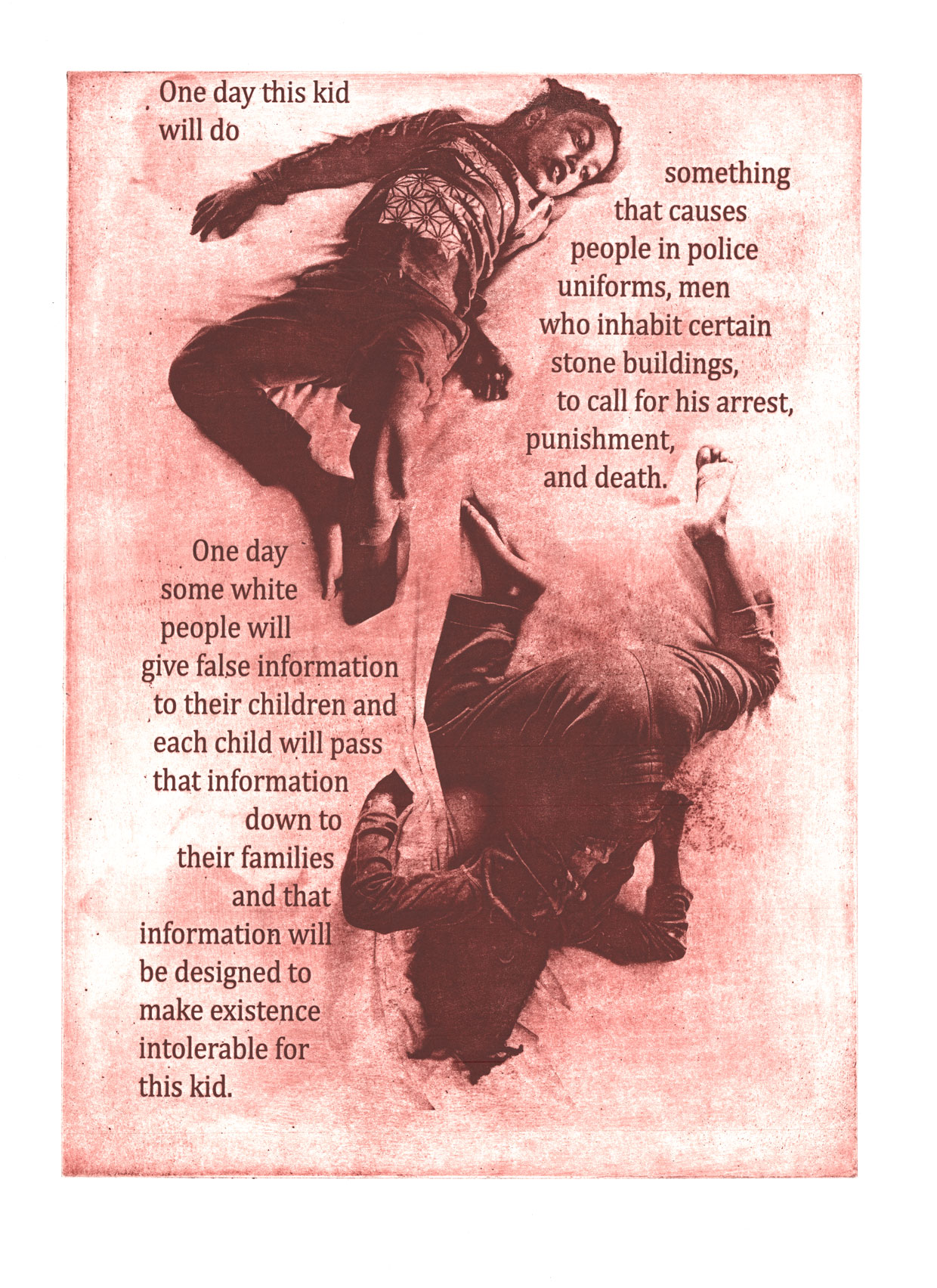 ‘One Day This Kid (after David Wojnarowicz)’ by Sophie Sanders.

4. Women are the driving force behind Black Lives Matter

When Wells launched Art Responders, she wanted to focus on representing those most affected by police brutality: black males. But the majority of the work she received was by women.

“Women are quite dominant in the BLM movement,” she says. “The tag line was created by women, many of the actions are planned by women and some of the most impassioned testimonies are coming from female family members of victims. 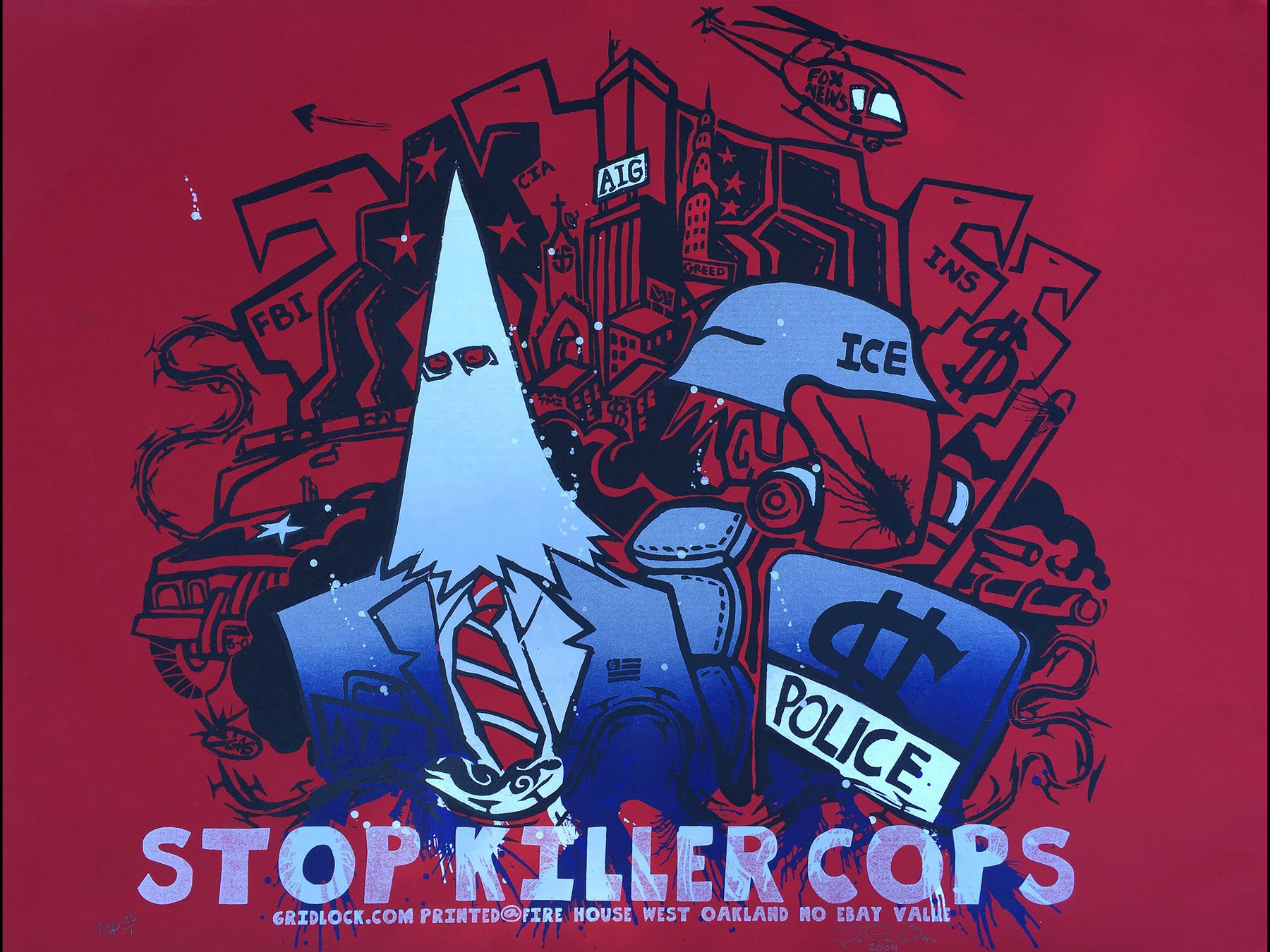 “It’s obvious why family members become involved but the issue of why so many more women are involved in the movement, even those with no direct connection to victims, was a bit surprising. For me, as a mother of a young child, it makes sense.

“The thought of losing my son to some random act of violence is hard enough, but the thought of it happening for absolutely no good reason except some racist, inexperienced, and/or corrupt police officer, and of him/her going on to get away with it with absolutely no consequences – that is beyond devastating.

“I don’t think I’d be able to go on with living after something like that happened. So in a way, working on this is partially a preventative measure so I can envision a world where authorities can’t get away with that. I think that is at the root of a lot of women’s’ involvement in this movement.” 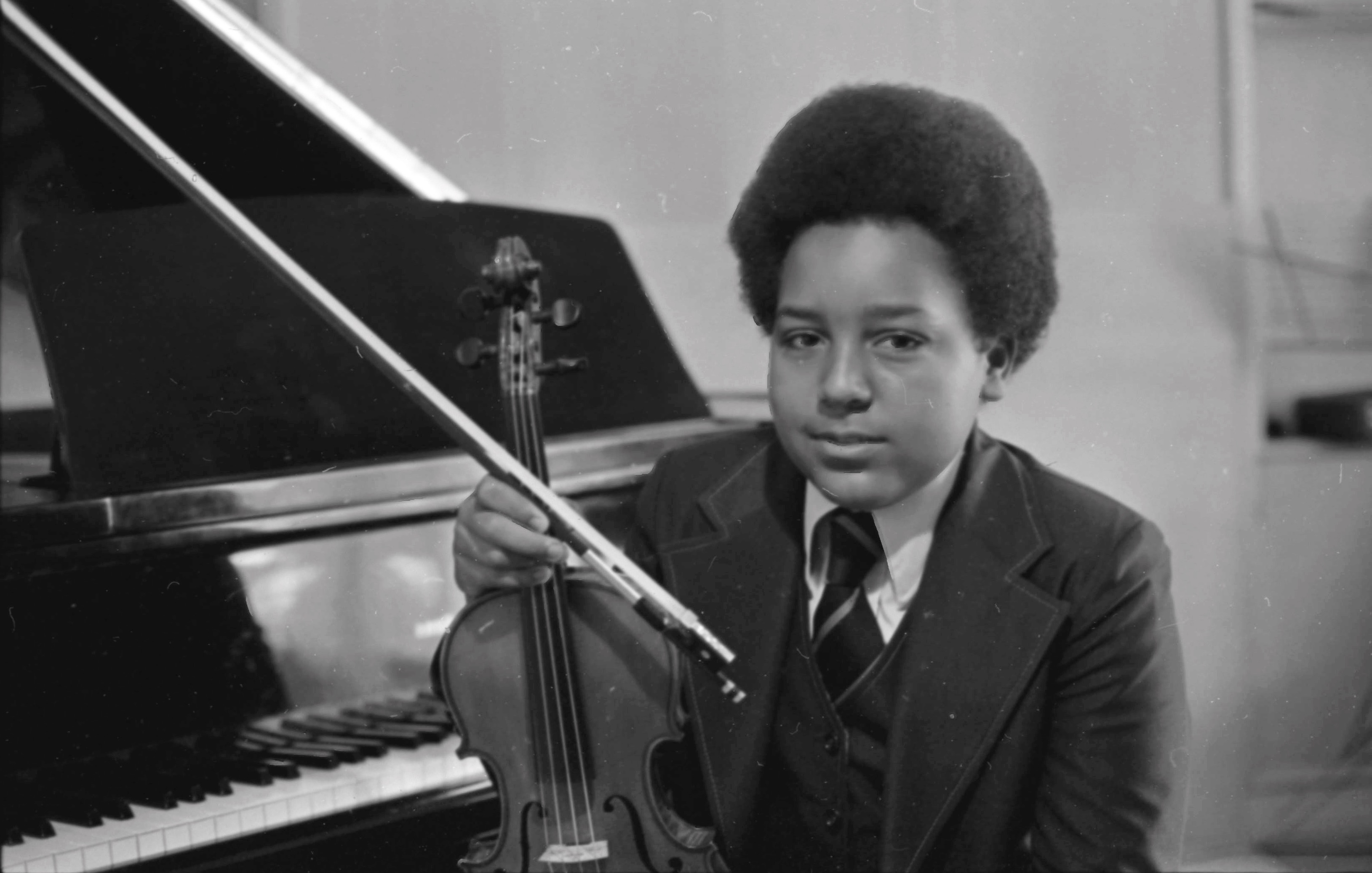 5. The political takes root in the personal

Wells’ older brother Paul was a violin prodigy who had been harassed by police throughout his life. As an African-American diagnosed with schizophrenia, he had been especially vulnerable to altercations with law enforcement.

He emigrated to Geneva, partly to get away from racism, but still encountered harassment from authorities. When Paul passed away from a heart attack, his family heard nothing until they initiated an investigation of their own.

“There’s no proof law enforcement had anything to do with his death, but there was ample evidence that he felt he was victimised by them,” says Wells. 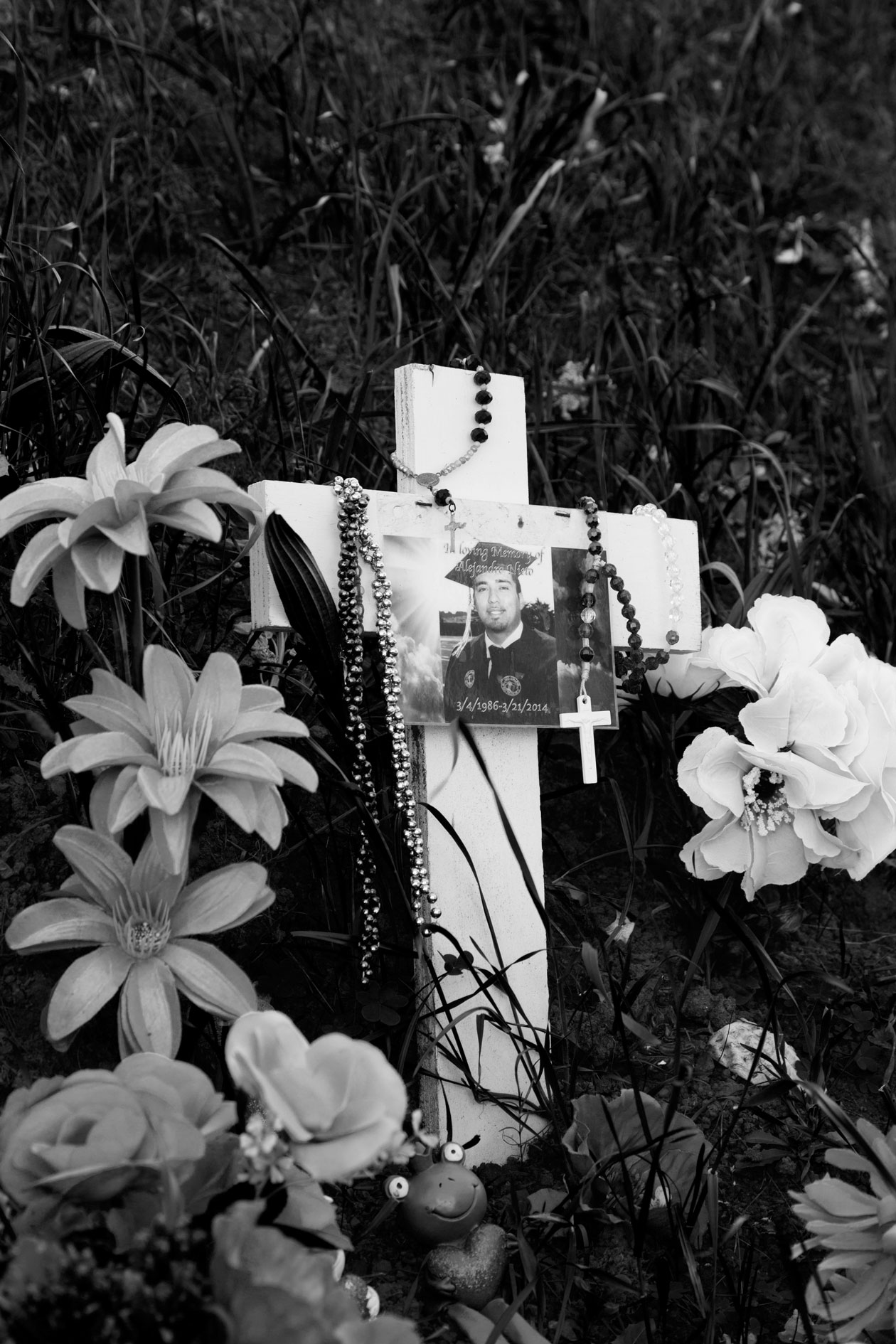 “The way his body was left without anyone making an effort to contact his family for almost three months tells me they thought his life was worth nothing. They thought he was just a crazy vagrant musician and no one would care about his death. No one ever claimed responsibility and we didn’t receive an autopsy report for months more after we found out.

“During that time I was haunted by the thought of Paul’s last moments, how lost and scared he might have felt, and the thought of his body laying unclaimed in a Geneva morgue. I wondered if he’d committed suicide, or if he’d pissed off the wrong police officer…

“I think all those elements of Paul’s life made me more sensitive to these stories of police encounters gone wrong: where a person objecting to a traffic stop, like Sandra Bland, somehow ends up dead. Ultimately the ‘Black Lives Matter’ tagline really resonated with me because it’s so obvious that in the US and his adopted home, Paul’s life didn’t matter.

“I want my actions moving forward to give meaning to his life and the thousands of other victims of police killings, many of whom are mentally ill or impaired.” 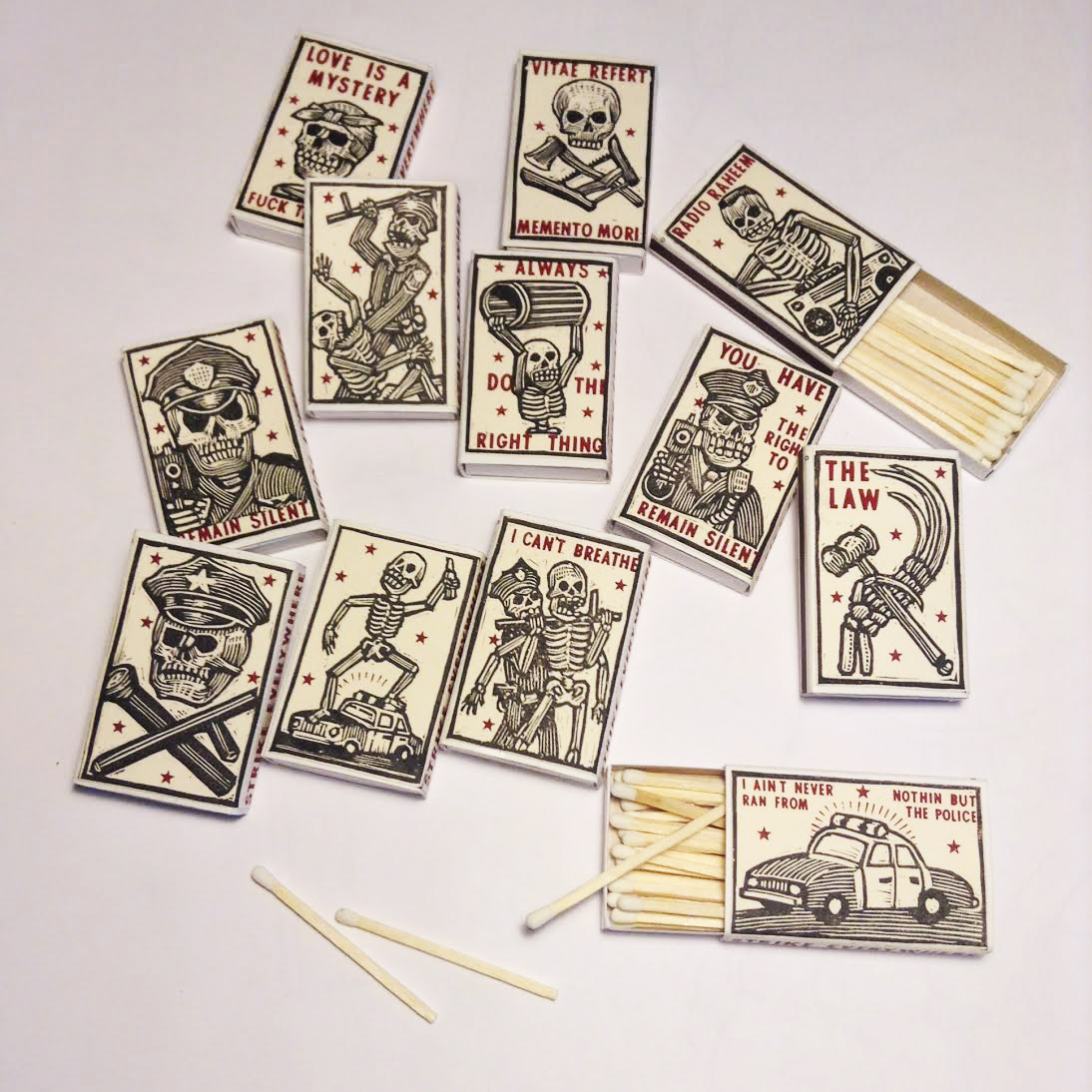 VIRAL is showing at the Durón Gallery in LA until 4 June.

Find out more about Art Responders.

Linkedin
RELATED ARTICLES
OTHER ARTICLES
Photographer Becky Tyrell went down to the fading banger and stock raceway to meet a community desperate to keep it alive.
Tristan O’Neill’s shots of dancers caught in moments of reverie at the height of rave’s golden age are a testament to the UK’s legendary club culture.
Filmmaker Laura Poitras discusses her new documentary which traces the remarkable life of the artist-activist and the impact of her battle against the US opioid crisis.
AI companies that develop image-generators using copyrighted artwork from the internet are coming under fire from artists who say that it amounts to theft.
Since 2007, Gideon Mendel has made 20 trips to document floods in 13 countries. The result is an alarming record of what has already been lost to the climate emergency.
A new podcast is opening up the conversation between trans women and trans amorous men in the hope of building coalitions.