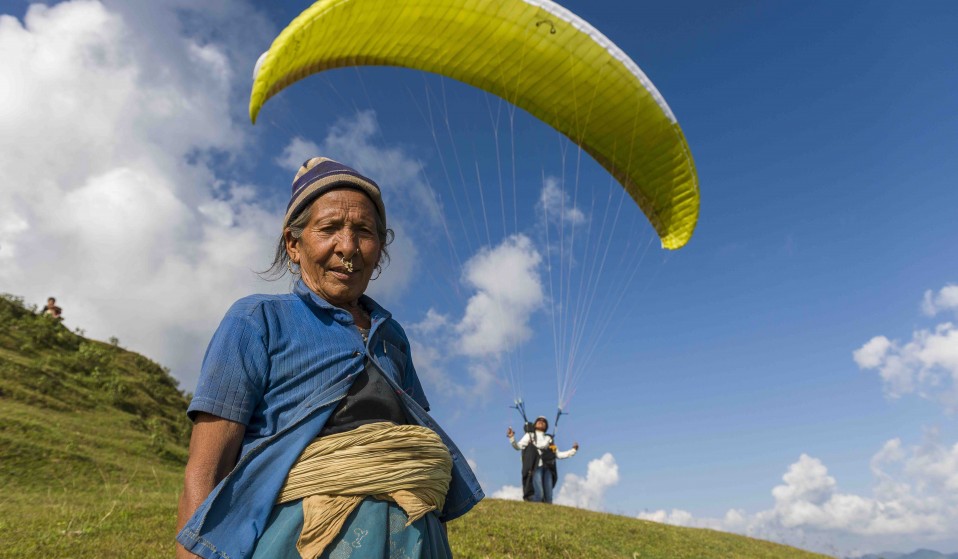 Trisha Shrestha Bomjan is breaking boundaries for women in Nepalese adventure sports, with plans to take her skills to an international level this summer. We head to Pokhara, her hometown, for a flying lesson.

Trisha Shrestha Bomjan is breaking boundaries for women in Nepalese adventure sports, with plans to take her skills to an international level this summer. We head to Pokhara, her hometown, for a flying lesson.

Each morning, the skies above Nepal’s second city of Pokhara are speckled with dozens of distant silhouettes of paragliders. Against the dramatic backdrop of the Annapurna Himalaya Range, they twist, swoop and gracefully interlace their flight paths above the lake below.

From a distance, Trisha Shrestha Bomjan looks indistinguishable from the other silhouetted flecks. But she is different. Four years ago, at the age of 25, Bomjan made history and qualified as Nepal’s first female paraglider pilot. Now looking to compete in her first international competition this summer, she’s breaching new frontiers for women in adventure sports in the country.

Bomjan remembers her first solo flight vividly. Not the take-off or landing, but the intense, liberating ecstasy of cruising above Phewa Lake in her hometown of Pokhara, with the streets and livestock and buildings she knew so well drifting silently below her.

“It felt like I was touching the stars that day,” she remembers. “I felt like this is what I’m meant to do, and I didn’t want to ever come down.” 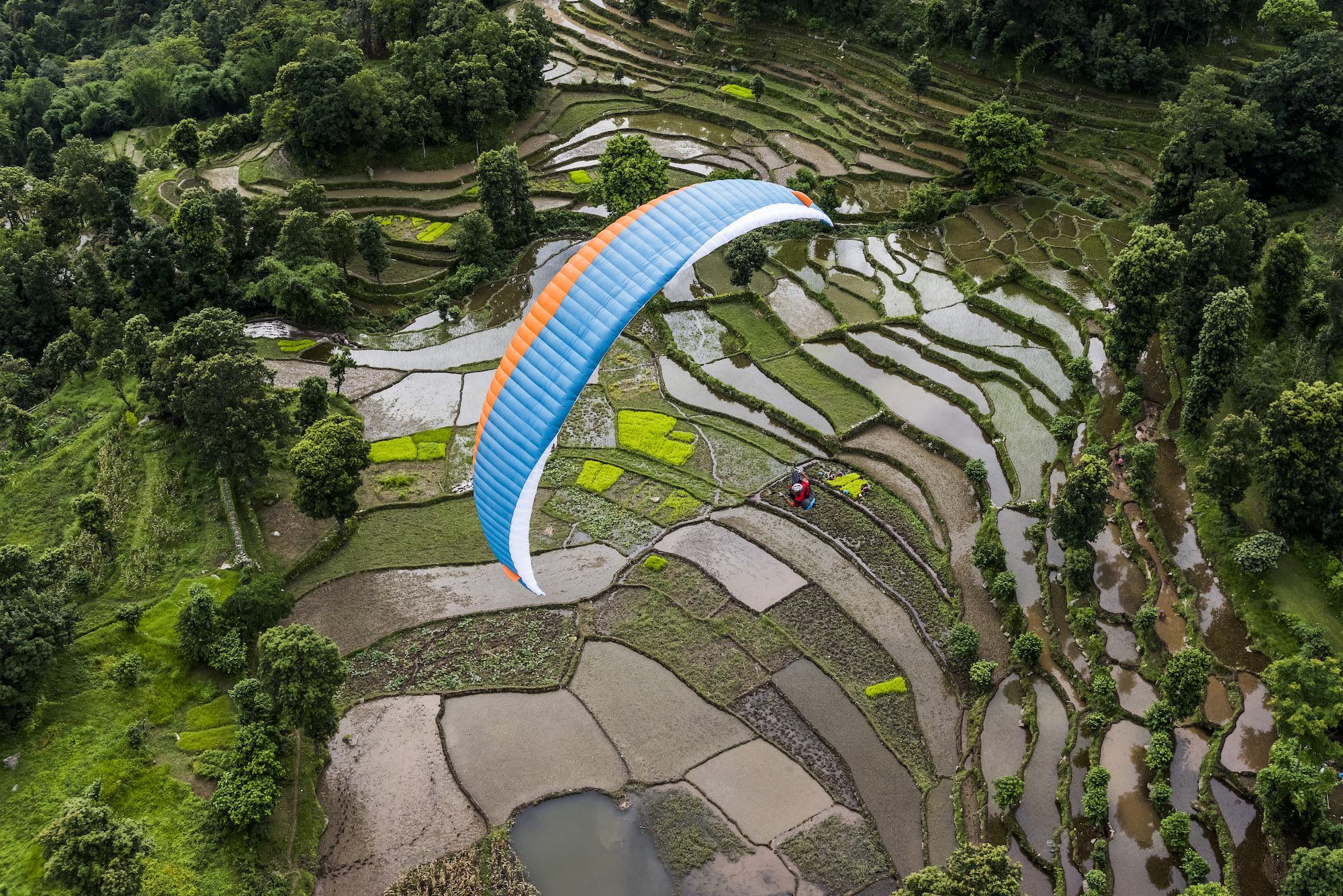 That was the beginning of her career, when she was 21 years old and determined to make her living from tandem flying with tourists in the resort town. However, despite marrying the founder and owner of popular company Sunrise Paragliding in 2010, this ambition proved surprisingly difficult for Bomjan.

Traditionally, women and girls in Nepal are raised to be homemakers, wives and mothers. According to the World Bank 2017, three quarters of unpaid family labour force in the country are comprised of women, with 76 per cent of women engaged in agricultural work, household based extended economic activities, and household maintenance (compared to just 50 per cent of men).

The country is a mecca for adventure sports, trekking and adrenaline activities – but for all those employed in the sector, only a small fraction are women. A Nepali woman becoming a pilot is controversial, but that fact motivated Bomjan to succeed in a career synonymous with danger and masculinity.

“My husband wasn’t sure about my training to fly tandem,” Bomjan explains. “He definitely didn’t want to teach me. Even when I was learning to ride a motorbike he was teaching me sat behind me always worried I was going to get hurt. He was a real backseat driver.” 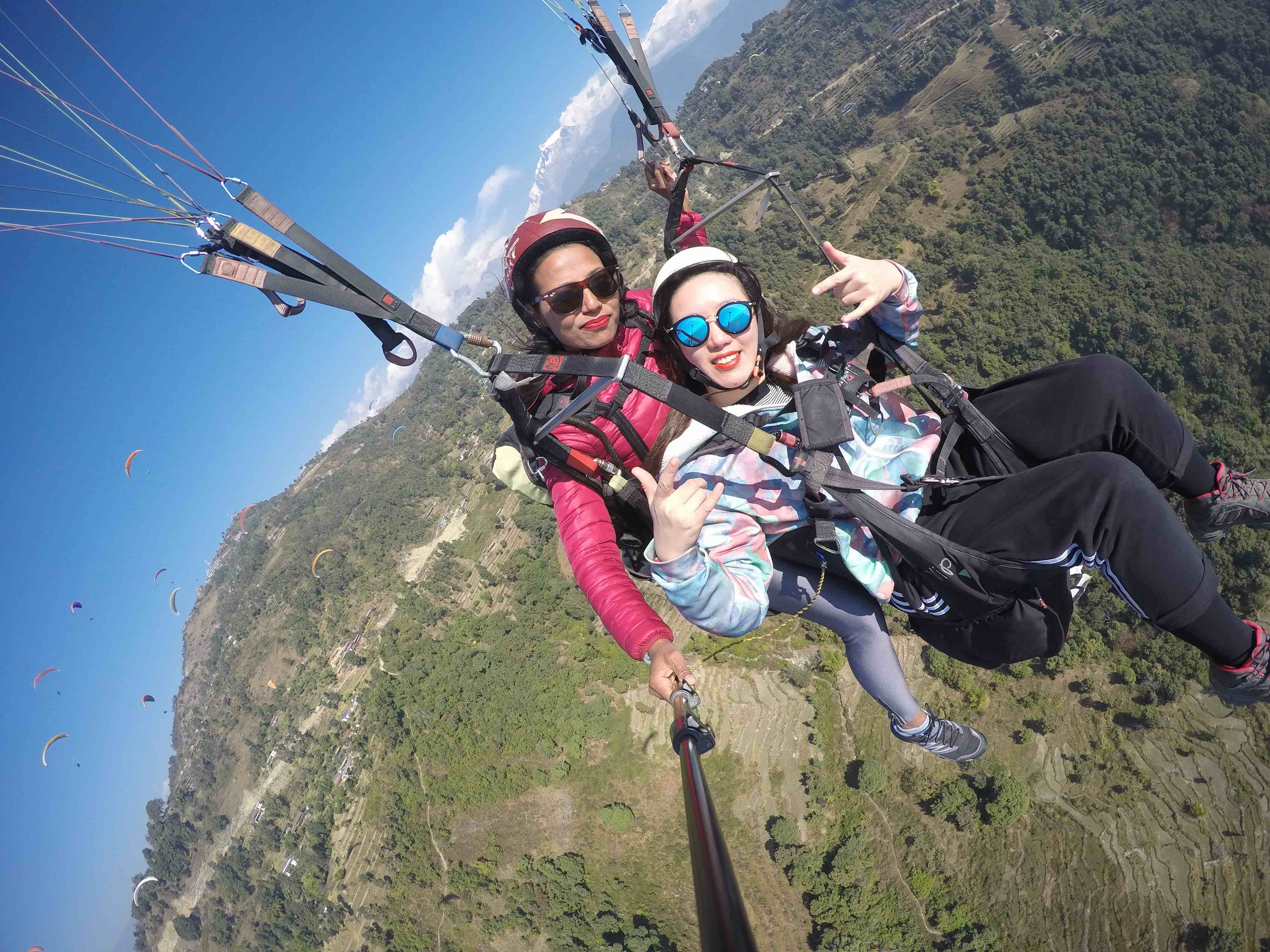 Although physical fitness and height aren’t indicators of skill in paragliding, Bomjan has been faced with challenging male clients who are sceptical of her ability when they see her tiny 5ft 3 frame.

“I manage the pilots and pair them with clients when we get to to the take off point at Sarangkot,” she says. “All the time when I have men that are put with me they say ‘you’re the pilot?’ and they’re surprised and want to go with a man. So I have to pass them to my colleagues. I don’t understand it.”

It’s not the first time Bomjan has had to contend with other people’s judgement. Her mother and two sisters continually questioned her decision to learn to fly, and often tried to get her to give it up to become and homemaker. Yet despite that resistance, Bomjan remained resolute – even when she became a mother herself.

After falling pregnant in 2014, she gave up flying in her second trimester – but says she thought about it every day.

“I was so wanting to get back up in the air,” she remembers. “After three months of having my daughter I went back out again and when she turned two I took her on her first tandem flight.” 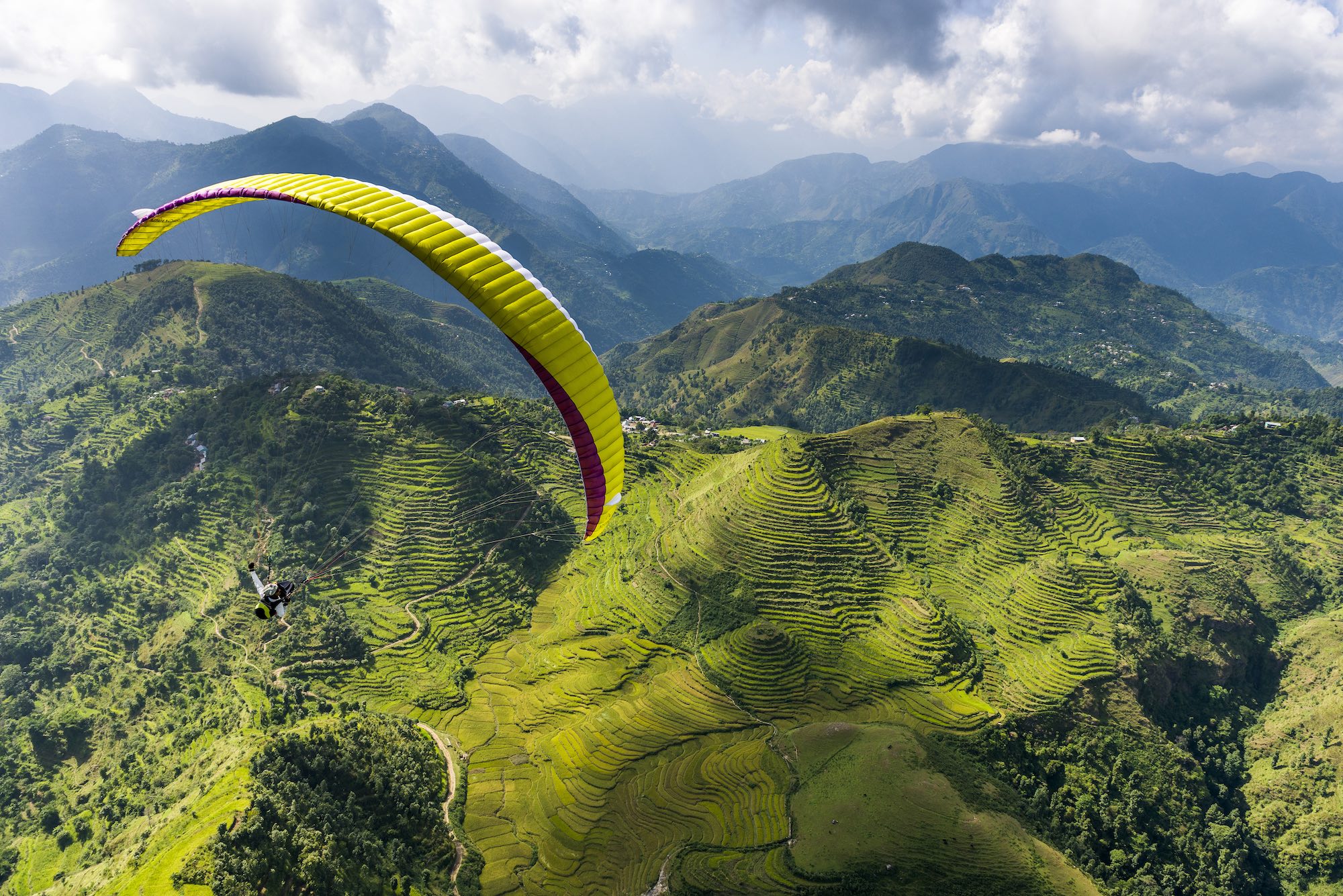 The opportunity for new challenges in her sport has been scarce. Competitions in speed, accuracy and acrobatics are divided into male and female categories. But with only six female pilots in the country – five other women have qualified as paragliders in the last four years, but Trisha remains the only certified tandem pilot – competing can become heated. “I think if we get to 20 female pilots then that will be good for Nepal in the next couple of years,” Bomjan says.

In August, she will be travelling to Java, Indonesia to compete in her first international acrobatic paragliding competition, where she will be representing Nepal.

When asked how she feels about being a role model for other women and girls who want to carve a living for themselves in Nepal’s lucrative adventure travel industry, Bomjan pauses before breaking out into a huge grin.

“I’m very proud of myself to do something that isn’t normal for girls. I’m not cooking and cleaning and staying indoors. I want to be a good example for my daughter.”

Linkedin
RELATED ARTICLES
OTHER ARTICLES
Cindy Campbell recounts how her brother ushered in a new era of musical culture at a party she held in the Bronx in ‘70s.
Birdy Chu reflects on documenting the historic moment in which the territory was formally passed back from the UK to China.
Ahead of the release of their first collaborative album, the producer and rapper talk psychedelics and the state of UK hip hop.
The workforce is now gearing up for industrial action after receiving a measly pay rise, reports Ella Glover.
Sean Maung’s photos are a love letter to the Black and brown communities that make up New York.
As the Scottish government announces a rent freeze, an activist with Living Rent who fought and won shares how they did it, and what must come next.