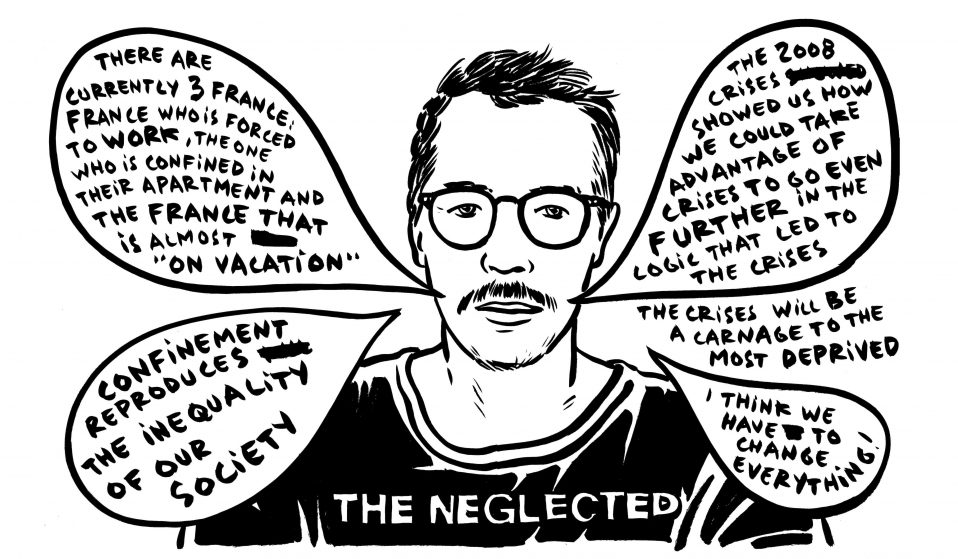 French economist Thomas Porcher explains why the current global crisis has been a long time coming – and that radical action will be key to whatever comes next. Once we're out, he says, that’s when the real fight begins.

French economist Thomas Porcher explains why the current global crisis has been a long time coming – and that radical action will be key to whatever comes next. Once we're out, he says, that’s when the real fight begins.

Despite all the warning signs emanating from Wuhan and elsewhere, the ongoing Covid-19 crisis has taken France by surprise. A familiar story is repeating itself across the channel: masks are missing, hospital beds are lacking, doctors and nurses are overwhelmed. Run by a coterie of neoliberals who’ve repeatedly undermined long-established safety nets, France is now entering its very own ‘System Failure’ moment.

For economist and member of the collective ‘Les Économistes Atterrés’ Thomas Porcher, the downfall of neoliberalism has been a long-time coming. But will it finally collapse? Porcher speaks to Huck, from the confines of his Parisian home, for a French perspective on the crisis.

Like millions of people around the world, you are now confined to your home and living under lockdown. What is the state of Paris and France right now?
France is almost entirely confined. But not everyone experiences confinement in the same way. Some live this period as a vacation in their country house. Others are locked in their apartments. And of course, some have to actually fight the virus face to face, such as caregivers, town hall officials, health workers, supermarket and cleaning staff. There are currently three Frances: the France that is forced to work, the one that’s confined to their apartment, and the one that’s almost ‘on vacation’. Confinement reproduces the inequalities of our society.

You’re known in France as a renegade economist. What are some of the things that have shaped your worldview?
I grew up in the poorest arrondissement in France, the 93rd. I didn’t have to wait until I was an economics researcher to discover the consequences of globalisation and financialisation on the working classes. I saw the effects from up close in the ’90s. I remember the first factories being closed down in my neighbourhood, leaving my friends’ parents unemployed; fathers becoming alcoholic; the shame on my friends’ faces as they invented fake jobs to tell their parents when they left school – since there were no actual jobs. During the first 20 years of my life, I saw precariousness spread through my neighbourhood almost as quickly as delinquency developed. I understood from a very young age that political choices had an impact on certain populations. 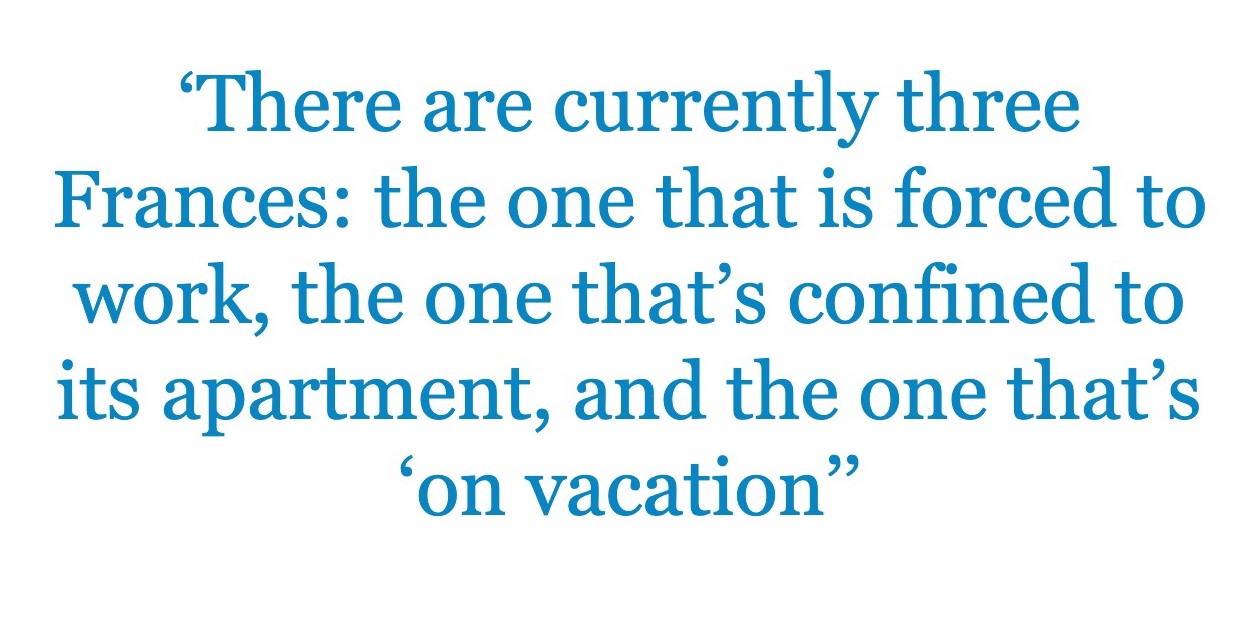 In a recent interview with French newspaper Liberation, you mentioned we’re going through an unprecedented triple crisis (health, economy and finance). Could this be neoliberalism’s final crisis?
The coronavirus is new, but the situation we live in today is not solely a consequence of the virus. It is also the consequence of political choices which explain how unprepared we are in the face of a pandemic. In France, 70,000 beds have simply been deleted from the system in the last 15 years, and more than 4,000 were eliminated in 2018. Hospital staff have staged protests demanding more resources for months without being heard. Caregivers are unable to get masks, and it is difficult to mobilise our industries as they have left the country. This is where we’re at. And it is this uncertainty about the management of the health crisis that makes the financial markets worried. In the end, the longer the health crisis lasts, and everything suggests that given our lack of preparation it can last for a while, the stronger the impact will be on the economy.

You tackled the crisis head-on in your two most recent books, Treatise of Heretical Economics (2018), and The Neglected (2020). Can you summarise, for people who might not be familiar, some of the ideas in these books?
The mission of Treatise of Heretical Economics was to arm readers with a counter-argument against the dominant economic discourse. The goal was to enter the field of the battle of ideas. The Neglected goes further: it shows how categories of populations that we will voluntarily oppose such as farmers and inhabitants of the suburbs are actually victims of the same model. The book calls for the mobilisation of what I call the neglected – who represent 85 per cent of the population – to find a political alternative to the current system, which actually benefits a minority.

What did you think of the expression “We are at war” repeated many times by Emmanuel Macron a couple of weeks ago during his TV speech to the nation?
War rhetoric didn’t shock me. What shocked me was our unpreparedness when we had the Chinese example which allowed us to anticipate the effects of the epidemic over a few months, and also the Italian example which gave us a few days in advance. War rhetoric is to pretend to be a warlord. It’s pretty ridiculous when we see that our caregivers have trouble wearing masks and that there has been no hand sanitiser for a month in pharmacies.

And how do you think he’s handled things so far?
I found the government to be very weak from the start. You don’t have to be a mathematician to realise, just by looking at the daily contamination data, that we were on the same trend as Italy, only a few days behind. You don’t have to be a genius to also see that caregivers were exhausted since they had been demonstrating for months. Yet for weeks, we witnessed the counting of contaminations without acting, the criticisms of the Italian method that we ended up applying, the outings of the presidential couple to encourage the French to go out despite the virus, Brigitte Macron’s ride on the Quai de la Seine… We were a week late in setting up the containment.

Prime Minister Edouard Philippe also notably said that he hoped for a recovery plan which does not require tax increases. Instead, he mentioned a national, European or even global recovery plan… What do you make of his comments?
This Prime Minister recently justified all the savings on hospitals, public services, student aid and education in the name of debt. At the time, every Euro counted. And yet today, we are told that we need to spend. The French have therefore tightened their belts for nothing.

These are the people who always realise after the disaster what has to be done. Imagine for a moment if we had invested massively in hospitals before the crisis? We probably would have saved lives. I’m waiting to see what this government will do, but they did get elected saying that ‘we didn’t like the social model’, that ‘the status of public servants was less and less defensible’ – all the while telling nurses that ‘there is no magic money for the hospital’. I find it hard to think that they can change so quickly. The 2008 crisis showed us how political elites could take advantage of a crisis to go even further in the very same logic that led to the crisis in the first place.

Once we’re out of containment, what should we do?
Each country will have to rebuild a public service because public services are the lifeline of the poor. We will have to make sure that industries are brought up to date so that they can make useful things, focusing on health and the energy transition. We will also have to tackle finance. Suffice to say that if we wait until it is done at the European level, we’re in trouble. A country must have the courage to go ahead, and I am sure that a majority will follow because the current system is unsustainable. Can you imagine… our generation, who lived through the 2008 crisis and today the coronavirus crisis… this crisis will be carnage for the most deprived. I think we have to change everything.

In the UK, Boris Johnson’s government first had its very own (and highly criticised) strategy and then changed tack – but possibly too late. What’s your message to folks in the UK?
I would say to my friends in the UK that, like us, they are unlucky to be ruled by incompetent people. That said, I of course wish Boris Johnson a speedy recovery.

What would you say to young people who must live and enjoy life, but also help to invent the world of tomorrow?
I admire young people very much because they carry a form of radicalism that my generation did not seem to have. It’s impressive their mobilisation for the climate and the way they shake up the ‘boomers’. They must continue – but understand that their anger is necessary but not sufficient. Then we have to organise ourselves as a society to put in power people who will serve our ideas.

To conclude, what are your plans, both short and long term?
Right now, I’m preparing for what comes next from my house. The government would love for us to just fall asleep – but we have to stay alert and demand accountability. It is after confinement that everything will play out. We have to be ready.

Documentary: Capital in the Twenty-first Century by Justin Pemberton and Thomas Piketty

Book: Who Killed My Father by Edouard Louis 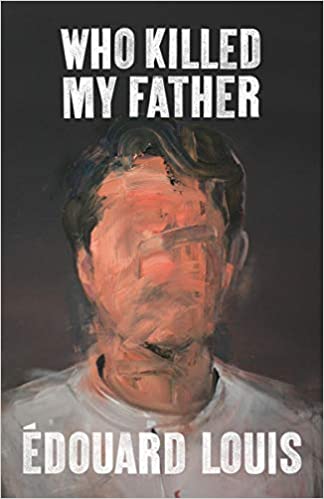 Linkedin
RELATED ARTICLES
OTHER ARTICLES
Rogue landlords are exploiting young and inexperienced renters and leaving them in mental and financial turmoil, reports Niall Hignett.
Cindy Campbell recounts how her brother ushered in a new era of musical culture at a party she held in the Bronx in ‘70s.
Rhiannon Adam spent three months capturing an ageing society wracked by division, isolation, and the aftermath of scandal.
Thousands attended the annual event this year to wheelie through the city and call for ‘knives down, bikes up’.
The idea that a younger generation is abandoning work has become a popular narrative online, but it doesn’t necessarily reflect reality.
For over a decade, gamblers have won big by employing people to place live bets from the court. But does this dubious method still work?