News & Politics / Activism / Could you survive without any money at all? 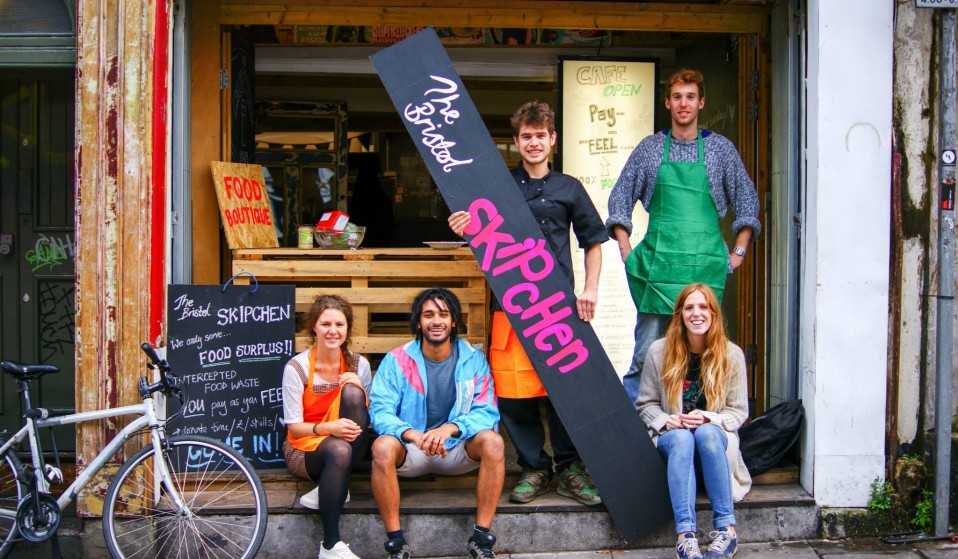 In a landscape of increasing austerity, financial instability and political disillusionment, the environmental freeganism lifestyle is retracing the roots of community engagement.

In a landscape of increasing austerity, financial instability and political disillusionment, the environmental freeganism lifestyle is retracing the roots of community engagement.

Freeganism is the practice of recycling and retrieving food and goods that have been discarded as waste and it’s flourishing in post-recession UK.

As much a lifestyle choice as an environmental protest movement, freeganism boycotts the capitalist model of production, distribution and materialism with a focus on community, generosity, social concern and sharing. Freegans aim to limit environmental impact and minimise dependence on what is termed the ‘conventional economy’.

Dumpster diving, also known as skipping, which involves recovering discarded food and goods from retail and supermarket dumpsters, is a well known practice associated with freeganism and its principles of waste minimisation. The practice of dumpster diving is a legal grey area, but the principles of freeganism have manifested in a number of other initiatives around the world that are dedicated to a greener and more egalitarian society.

The principle of sharing is simple, but directly opposed to the capitalist ethos; instead of buying the item you need on a one-off, borrow it from your neighbour. This logic may be obvious, but we are constantly being told that these items are somehow going to make our lives better, that materialism is comfort.

After years of financial and political instability, these ideas are being questioned. Huck rounds up three projects that are fighting for solidarity, environmentalism and a people’s economy.

Streetbank is a not-for-profit website that promotes local communities and neighbourly interaction by giving or lending things within your local area. Not only does it revalue what might otherwise be considered waste, it also classifies human resources as equally valuable to material ones.

Working within a radius of one, five or ten miles, the site aims to reconnect neighbourhoods and encourage a more community-driven model of trading goods and services. Not limited to exchanging unwanted stuff, you can also borrow and lend items, or offer skills and advice; from WordPress assistance to German lessons.

The online freeganism movement has been hugely successful, with Streetbank already active in 81 countries. Other websites are popping up successfully all over the world like Freecycle, Freegle, Reusit, FreelyWheely and Gumtree Freebies.

It’s estimated that food distribution and retail generates 4.3m tonnes of food waste each year in the UK, along with the 7m tonnes that is thrown away by households. Meanwhile, the use of foodbanks is steadily increasing each year.

Adam Smith, a chef from Yorkshire, opened his first cafe in 2013 serving only food that was salvaged from dumpsters, donated, or which would otherwise go to waste. Pioneering the waste reduction restaurant, there are now over 40 similar projects across the UK. Following Smith’s model, the venues are run by volunteers and work on a pay-as-you-feel (#PAYF) basis. They have intercepted over 50 tonnes of food over the years, which would otherwise have gone to waste.

The dumpster restaurants or ‘skiptchens’ call attention to the need for change, not only in the basic food distribution model, but in society’s perception of waste and expectations of abundance.

Projects like Couchsurfing, Airbnb, and Fareshare have gained widespread popularity and attention from their unconventional approach to social and economical interaction, but there are some other 7,400 similar startups that have been changing the face of enterprise over the last few years, in what has been termed The Sharing Economy.

The Sharing Economy is as much a social and cultural ideal as it is an economic model. Also referred to as a collaborative economy, it’s defined as ‘a socio-economic system built around the sharing of human and physical resources’.

The economic system encapsulates business models ranging from non-profit to for-profit, bartering and ‘share the cost’. But what all projects have in common is their revaluation of what has traditionally been considered useless; be it goods, empty rooms, extra car seats on a journey, or so on.

Linkedin
RELATED ARTICLES
OTHER ARTICLES
Founders of new Cornwall-based community initiative Giftwood Projects think learning to build a surfboard can be a life-changing experience.
The Hussin brothers cross their motherland on recycled bikes and discover an America that feels like home.
Our reliance on plastic is coming home to roost. We’re polluting the planet one water bottle at a time - but carrying on like this will create disaster.