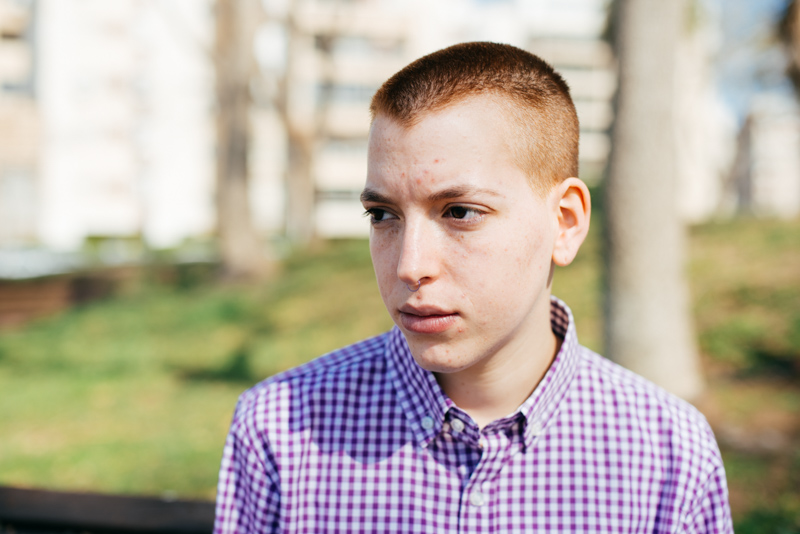 Born into a religious Jewish family in a West Bank settlement, 20-year-old Adam Orbach has been defying gender boundaries for as long as he can remember. This is his story.

Adam Orbach is just twenty years old, but he’s been defying gender boundaries for as long as he can remember. Born into a religious Jewish family in a West Bank settlement, and raised as a girl, Adam always knew he was a boy, despite the body he was born with. Now he lives in Ashdod, part of a growing trans community in Israel, but his childhood, and his struggle, inform every aspect of the life he leads. In the first part of our series exploring gender issues around the world, Adam shares his story exclusively with Huck.

“Being born in the West Bank settlement of Yakir, into a small community, it’s no surprise that everyone knows each other – we all knew each other’s business. People there are religious, it makes being different stand out. My family dress religiously, my mother only in skirts and long sleeves, hair covered. We kept Shabbat and only ate kosher food.

“When I was five, I went to a mixed-gender kindergarten, and one day we headed out for a trip to a swimming pool. Boys and girls were wearing different bathing suits, even though above our waists our bodies all looked exactly the same. I asked the teacher why, and she said that’s the way the world goes, especially in our religious community.

“At the age of Bat Mitzvah, the coming of age of a young Jewish woman, these boundaries become further solidified. The celebration came on my twelfth birthday, and soon I was expected to dress modestly as a woman: skirts, never pants, and sleeves that covered at least two thirds of my arms.

“Until this age I engaged with Jewish practice, going to synagogue with my father who I’d be able to sit with. But at my coming of age, that was no longer possible, I’d be expected to sit with the women. Practicing Judaism, in this environment, just wasn’t possible for me. 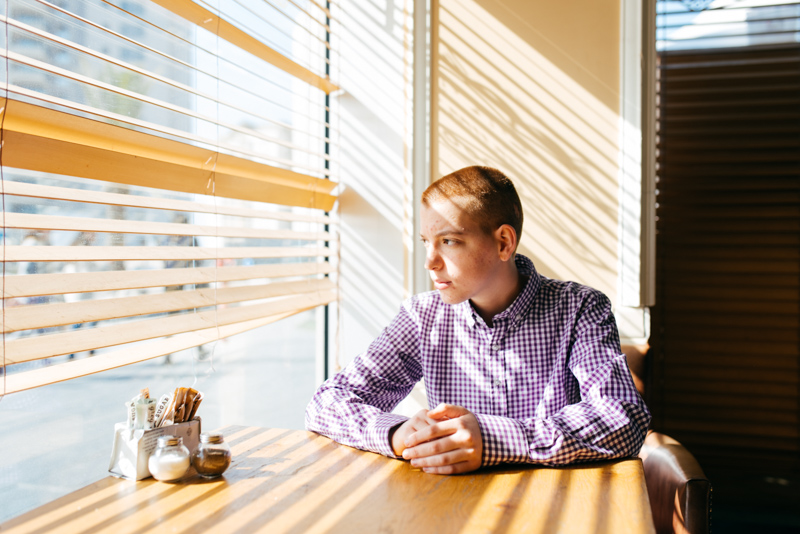 “In primary school we had a lesson on puberty. I felt nauseous. I wouldn’t know what to do about a period! One day a girl in my class got hers, and she was so excited, jumping around. I just couldn’t understand why she was happy. ‘You should be crying! You have blood!,’ I thought.

“My teacher explained it was to be celebrated, that this meant she could give birth. To me it was a disaster, a manifestation of womanhood that I didn’t want to accept.

“When I turned seventeen, I came out. We had a meeting of my year group at school. We were sitting there, and the principal was standing at the front insulting LGBT people. I stood up, I didn’t mean to, but I was just so angry. I told her about myself, in front of everyone; that I had a boyfriend and a girlfriend. It was a religious school, she was shocked, and told me about therapy that could ‘put me right’.

“The following year I started my time in national service. I was seeing more of the LGBT community now that I wasn’t living at home. I came out as genderqueer at first, not as trans, as I didn’t feel I fitted into the masculine box that was presented, of what it meant to be an Israeli man. Then a friend of mine came out as trans; he wasn’t super masculine and I realised I did want to be a man, but not all men are the same.

“I was at Jerusalem Pride this year. I went with some friends and my boyfriend, as I always do, to the parade. Unlike some parades around the world, it’s usually more of a protest than a party, as here we still need to demand our rights. There are some places in the city that we just can’t go through.

“Then the attack happened. Yishai Schlissel, who had hidden in a supermarket waiting for us to arrive, stabbed six people on the march. One of them, Shira Banki, just sixteen, was killed. It was terrifying, the panic, the screaming and the crying. We could have been murdered, simply for demanding our freedom.

“Israel is a religious state, so LGBT rights have a long way to go. Same-sex marriage is a battle that still needs winning, changing your gender on state ID won’t see you treated well. This year we lost three friends from the trans community; one of them was May Peleg. May was an activist, an amazing person who committed suicide two months ago.

“She came from a religious Charedi community, ultra-Orthodox, and her family never accepted her. May made it clear in her will that she wanted to be cremated, after she passed, at a non-religious service. Cremation is frowned upon in Orthodox Judaism. Her mother didn’t approve, so it went to court.

“Many of my friends went to court in her name, and fought until the jury finally used a female pronoun. We also won the case, and the right to spread her ashes in the sea and by a tree at our LGBT centre. 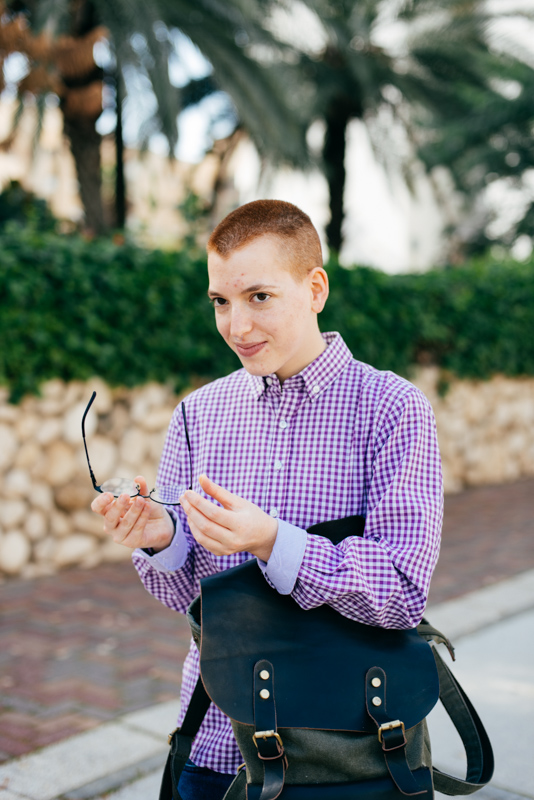 “Trans women here face violence in the streets; assault and sexual violence are all too common. As a trans man I’ve not been sexually assaulted, but people approach me, and think they can just ask any questions they want, as if because I’m trans I’m obliged to publicly answer all their invasive questions.

“In the Jewish state, religious communities continue to preach hatred; the Orthodox teachings are that to be trans, or to be queer, is fundamentally wrong. This Judaism, and our struggle, can’t go hand in hand.

“I work hard, with organisations that support young trans Israeli people, answering helplines, providing counselling and other types of care. We’ve got a long journey to go still, here in Israel, and our community needs this daily support.”

This article originally appeared in Huck 54 – The Defiance Issue. Grab a copy in the Huck Shop  or subscribe today to make sure you don’t miss another issue.

Linkedin
RELATED ARTICLES
OTHER ARTICLES
The workforce is now gearing up for industrial action after receiving a measly pay rise, reports Ella Glover.
Cindy Campbell recounts how her brother ushered in a new era of musical culture at a party she held in the Bronx in ‘70s.
By turning a real-life crisis into daytime television fodder, TV bosses have once again shown themselves to be completely out of touch with audiences.
Financial turmoil is pushing people who work in the sex industry into more dangerous and desperate situations as a means of survival.
Sean Maung’s photos are a love letter to the Black and brown communities that make up New York.
The two-day long event returned to London this year, showcasing a spectacular parade, steel bands and Caribbean food.