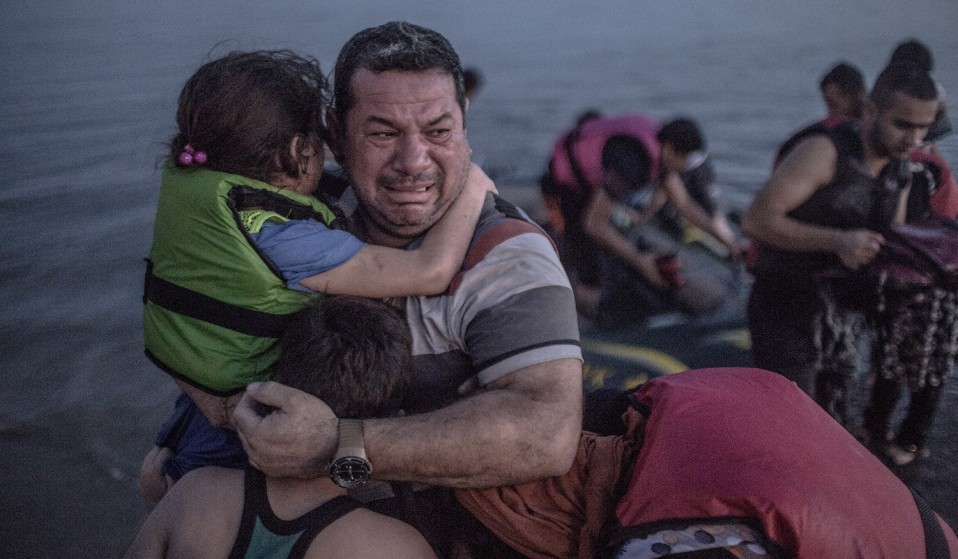 Organisations like CalAid, Refugees Welcome and the thousands of Icelanders offering their homes to displaced people, are doing more than responding to an international emergency, they're building a better Europe.

Organisations like CalAid, Refugees Welcome and the thousands of Icelanders offering their homes to displaced people, are doing more than responding to an international emergency, they're building a better Europe.

There was a moment last week when the humanitarian crisis in Europe – involving the migration of thousands of people from countries such as Syria, Eritrea and Afghanistan – reached some sort of tipping point.

People had been dying – often drowning on boats in the Mediterranean – all summer, but the discovery of a truck in Austria with over 70 dead people crammed in the back (presumed to have suffocated), and the deaths of 200 more people the next day (in a boat off the coast of Libya) were horrors too extreme to ignore; Europe is in a state of emergency, people began to accept, and immediate action needs to be taken to save lives.

Up until this point public perception had seemed mixed – there was sympathy for people fleeing war-torn countries but a large amount of suspicion around the ‘swarm’ of people who had travelled perilous journeys to reach Europe, and a lot of misinformation about countries like Britain being ‘swamped’ by the influx. Of course, in reality, as this Guardian article points out, Western European countries (Britain being one of the worst) are not nearly housing enough displaced people.

Then something happened; there was a shift in consciousness. Images of crying fathers carrying their tired children (like the one above by Daniel Etter for the New York Times and the man selling pens captured by Gissur Simonarson) and personal accounts of traumatised people who had reached ports like Calais only to get stuck, like cattle, in purgatorial makeshift camps, made their way through the political noise and struck a chord with compassionate citizens.

All over social media, where public conversations about what’s happening in the world tend to percolate, there were comparisons being made to other refugee crises in history. Pictures of refugees from the Spanish Civil War were posted. A friend of a friend commented about their own migratory history in response to a video of families running from police posted by Al Jazeera:

“My grandfather fled the Second Sino-Japanese War alone to Cambodia, and then walked through Khmer Rouge mine fields with my father’s family to get to Thailand. My mother fled Cambodia to Thailand alone and crossed the border in a similar way as Syrian refugees are now facing. My entire family/relatives a generation above me came to the US as refugees. Watch the video, spread the education and understand. Refugees are not criminals or terrorists. Hatred, senseless killing, power politics and xenophobia are the problem-makers, not people fleeing for their lives.”

And then something even more amazing happened; people stopped talking about the horrors and started taking action. First there was CalAid – a group of volunteers collecting donations for the refugees at the camp in Calais. Soon my social feeds started filling up with requests – “Trainers not wellies!” – and information about where you could drop-off essentials. Then, there were protests in places like Vienna to allow more people to be re-homed. And now, people have even started offering their own homes.

In Berlin, an organisation called Refugees Welcome, which pairs refugees up with people willing to home them, has apparently been overwhelmed with offers. And in Iceland, where the government had offered to re-home only 50 refugees, author Bryndis Bjorgvinsdottir made a public pledge to accommodate five refugees herself (and pay for their flights to Iceland). She set up a Facebook group to urge others to do the same and incredibly over 10,000 Icelanders (in a country of just 300,000) rose to the challenge.

Bryndis wrote passionately on the Facebook group: “Refugees are human resources, experience and skills. Refugees are our future spouses, best friends, our next soul mate, the drummer in our children’s band, our next colleague, Miss Iceland 2022, the carpenter who finally fixes our bathroom, the chef in the cafeteria, the fireman, the hacker and the television host. People who we’ll never be able to say to: ‘Your life is worth less than mine.'”

This groundswell in grassroots activism is a huge testament to the journalists and photographers who have been working tirelessly to deliver human stories – instead of political agendas. Their words and images are encouraging people to mobilise and put pressure on government. It’s testament to the European public too – who, when faced with human suffering, show great compassion. I hear people talk about apathy all the time – but the amount of people offering support now is inspiring.

But it is governments that need to respond meaningfully to this crisis, and not just citizens. On September 14, there will be a meeting of the EU’s 28 member states for emergency talks. Actions like the ones described above could help encourage those in power to seek humanitarian solutions, over political ones, to problems (let’s not forget) that Europe have often helped to create.

If you can, attend a solidarity march like this one in London on September 12. Read more about the facts and share information. This crisis is not going to disappear and neither are the thousands of people that are part of it. But if we can steer the conversation away from ‘us’ and ‘them’ – and remember that we are all just people, with different stories, trying to improve the quality of our lives, we have a chance of building a much better Europe than we ever had before.

Linkedin
RELATED ARTICLES
OTHER ARTICLES
A collection of stories shining a light on the personal experiences of migrants, the very people who threaten to be overlooked in the debate on immigration.
Carlos Spottorno goes beyond the border to capture a picture of immigration few people choose to see.
Huck enters the lives of young people from Mexico, Honduras and Guatemala to find out what kind of American Dream they found once they crossed the border into the States.