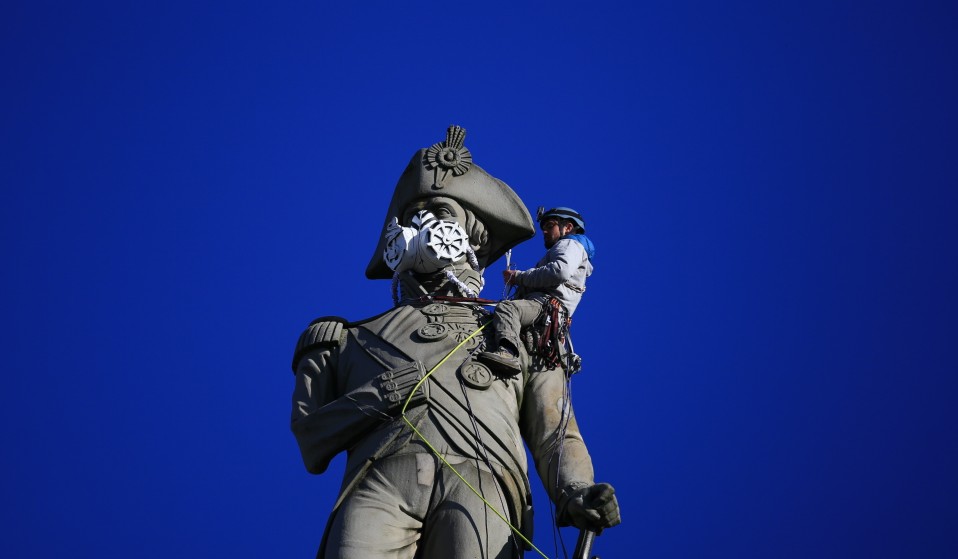 A call for action on dangerous air pollution levels.

At least eight arrests have been made this morning, as campaigners scale some of London's most well known statues to call time on dangerous air pollution levels.

Gas masks have been fitted onto up to seventeen of London’s most recognisable statues this morning, as Greenpeace ramp up their campaign to demand government action on increasingly dangerous levels of air pollution in the British capital. 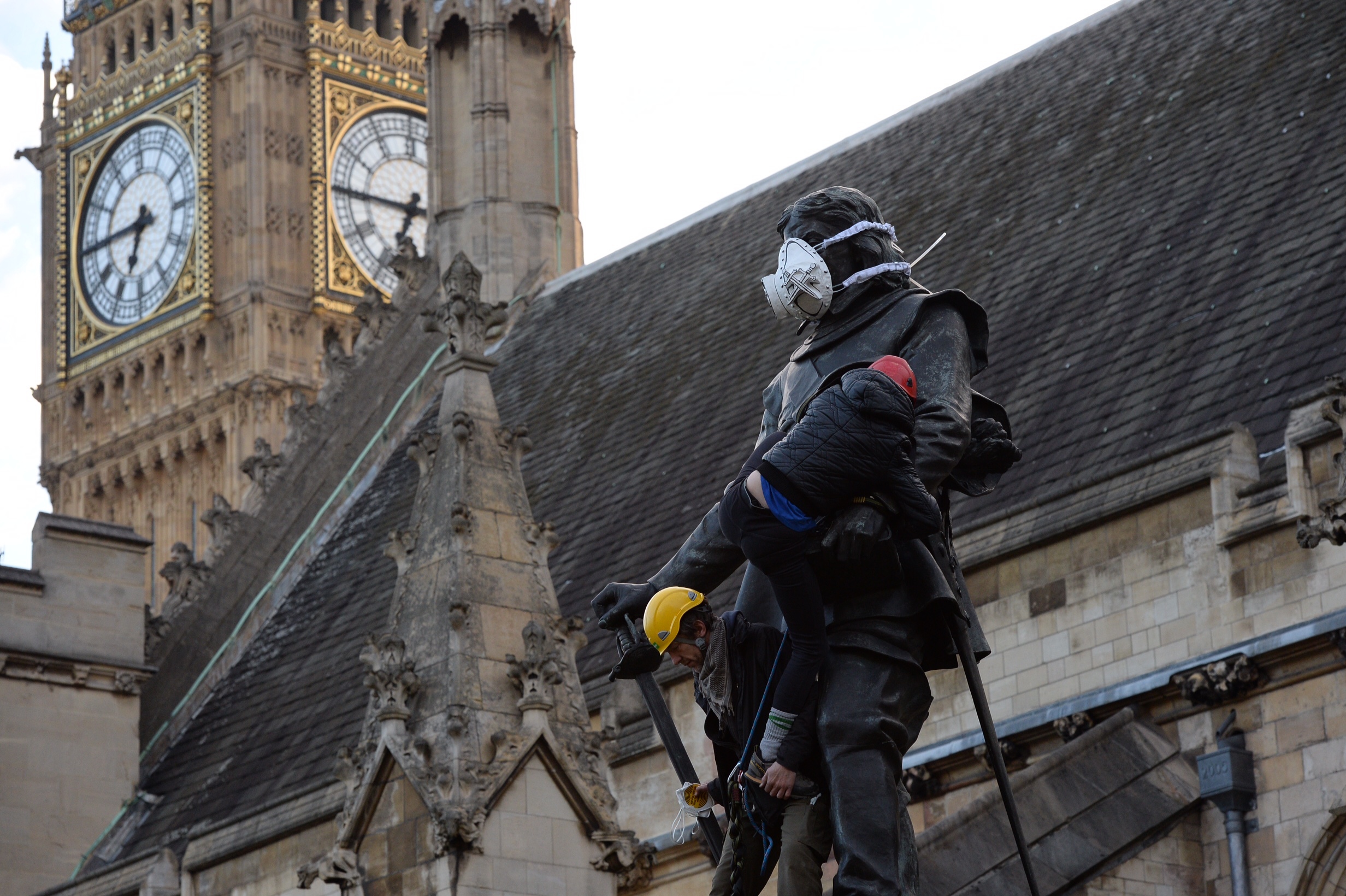 The most notable was the scaling of the 52-metre high Nelson’s Column in Trafalgar Square, by two campaigners: Alison Garrigan, 29 and Luke Jones 30. The two started their climb under the cover of darkness at 4am, and had the gas mask fitted by 8:30am.

Police officers and an ambulance team, as well as several onlookers watched Garrigan and Jones ascend the monument. While sitting on the statue Garrigan spoke to LBC radio, and explained that both herself and Jones had years of climbing experience. 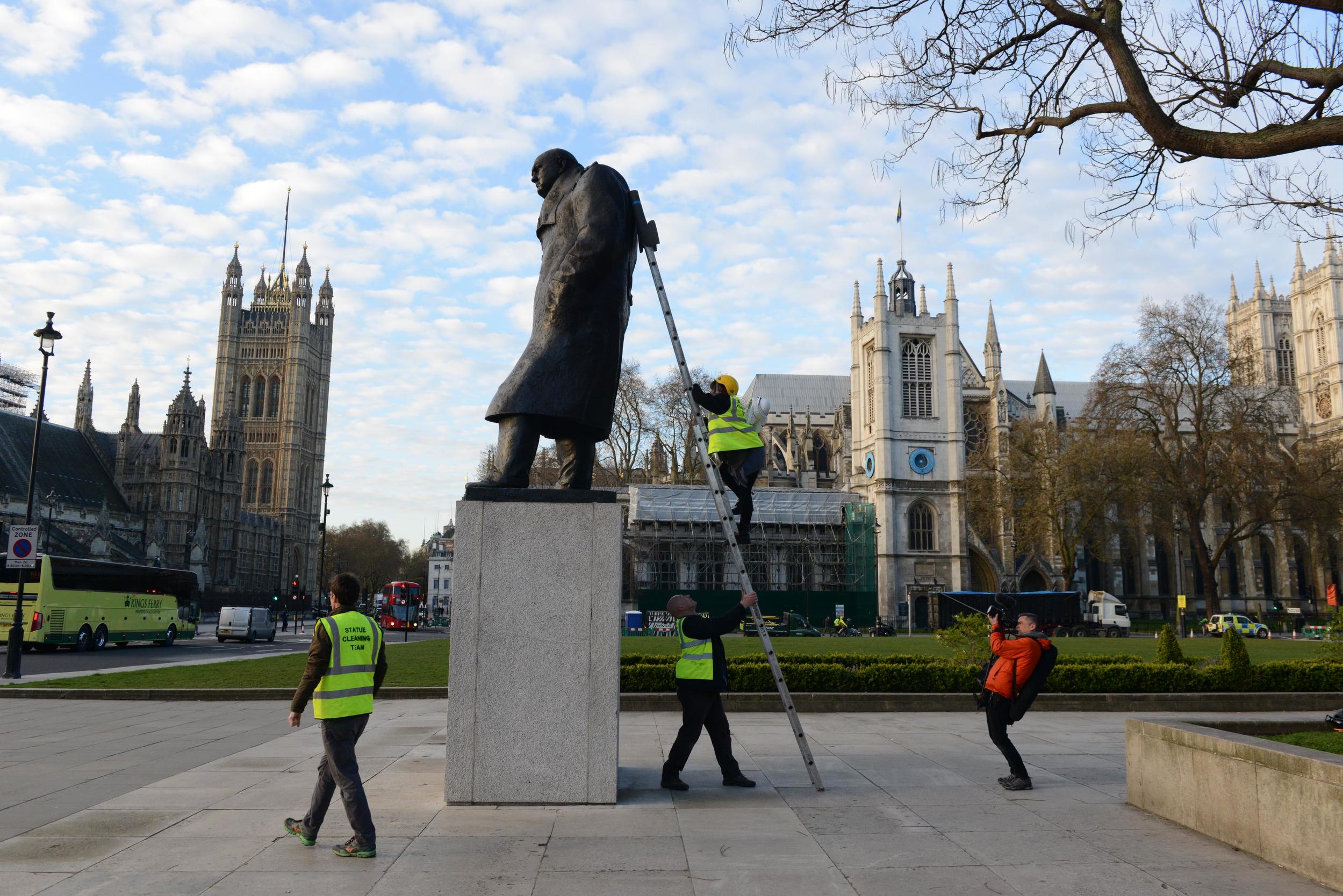 Another protestor managed to sneak through the security at the Houses of Parliament to fit a gas mask onto a statue of Oliver Cromwell. Masks were also fitted on to Winston Churchill in Parliament Square, Queen Victoria opposite Buckingham Palace and Thierry Henry at Arsenal’s Emirates stadium. Currently eight protestors have been arrested, although that figure may rise.

Greenpeace are calling for the next Mayor of London to “stop the talk and start the action.” 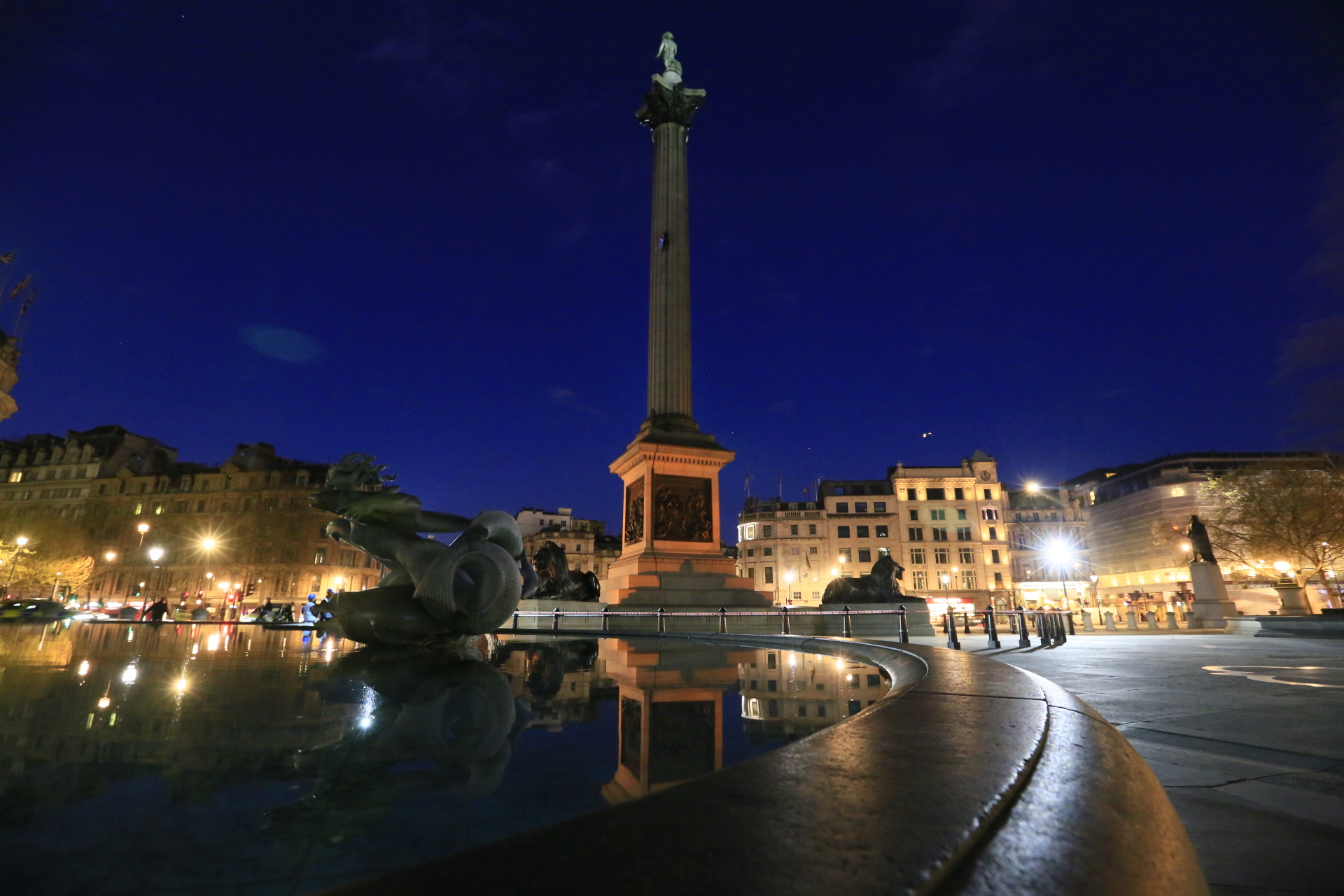 Greenpeace campaigner, Areeba Hamid told Huck that at schools across London “children are being forced to breathe illegal, dangerous air.” 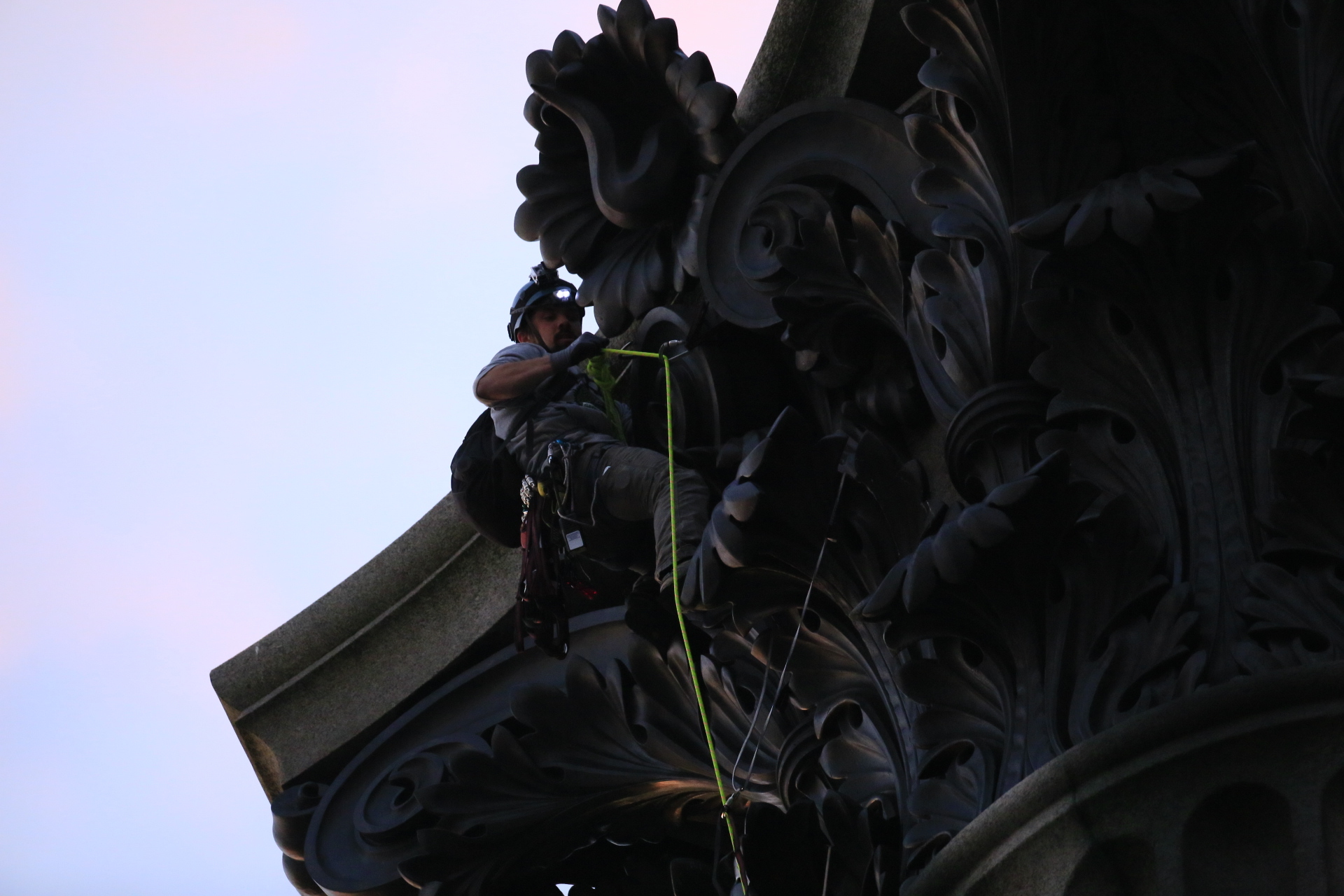 “Londoners need greener and affordable public transport, along with air pollution alerts and an efficient and adequate system to measure air quality”, she continued.

Greenpeace are demanding an expanded Clear Air Zone to ensure less dangerous air enters Londoners’ lungs, greener and more affordable public transport, and an efficient and adequate system to measure air quality. With the London Mayoral election coming up on 5 May 2016, all eyes will be on the candidates to see what they will offer. 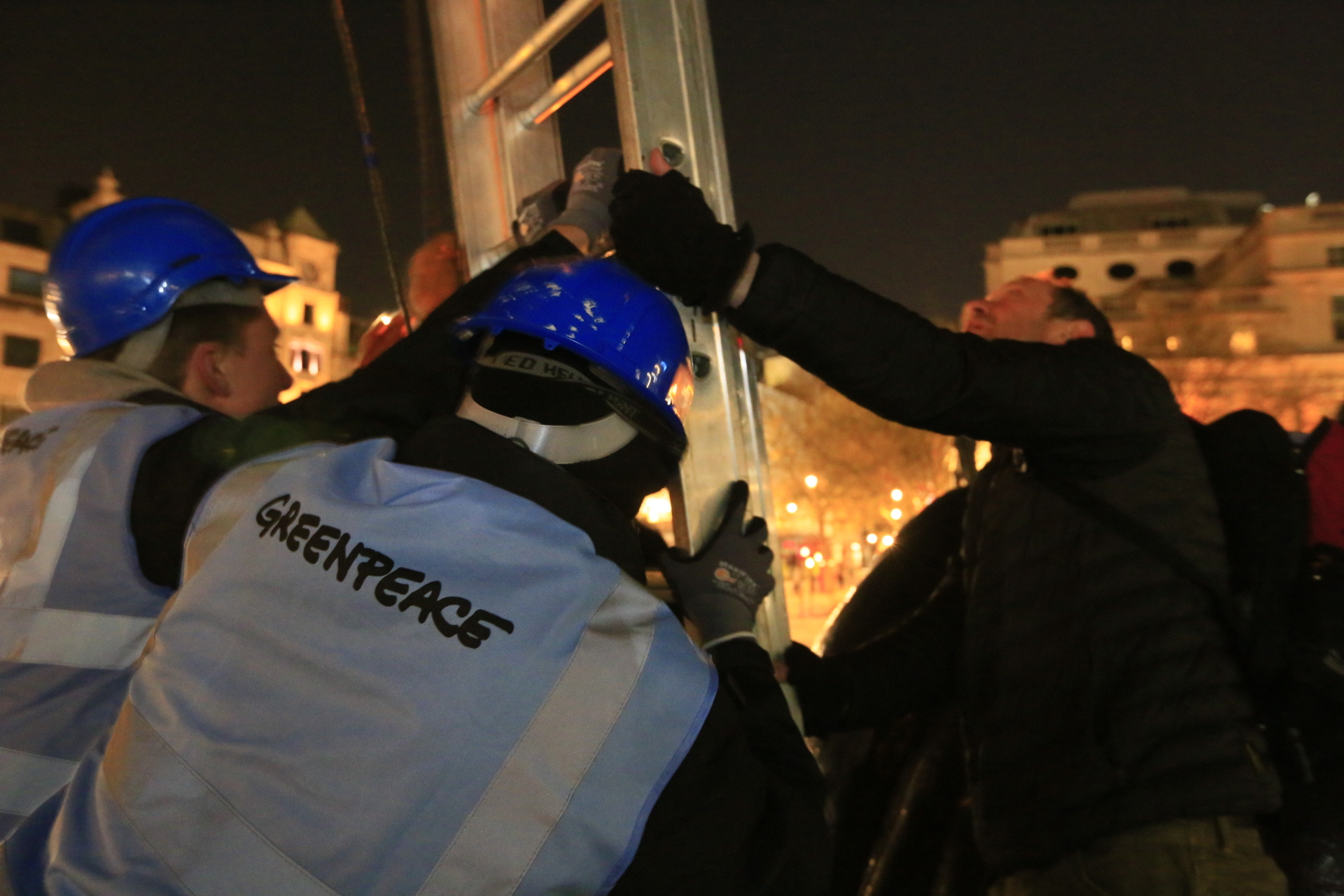 It’s not just London that has an issue with pollution – many major British cities breach the legal limits of pollution in the air.

Linkedin
RELATED ARTICLES
OTHER ARTICLES
Thousands attended the annual event this year to wheelie through the city and call for ‘knives down, bikes up’.
Ahead of the release of their first collaborative album, the producer and rapper talk psychedelics and the state of UK hip hop.
As the Scottish government announces a rent freeze, an activist with Living Rent who fought and won shares how they did it, and what must come next.
With skyrocketing rents, packed out viewings, bidding wars and more, renting in London has never been harder.
In his 2008 series, the photographer pictured himself as Angela Davis, Martin Luther King Jr., Malcolm X, and other prominent figures.
Rogue landlords are exploiting young and inexperienced renters and leaving them in mental and financial turmoil, reports Niall Hignett.