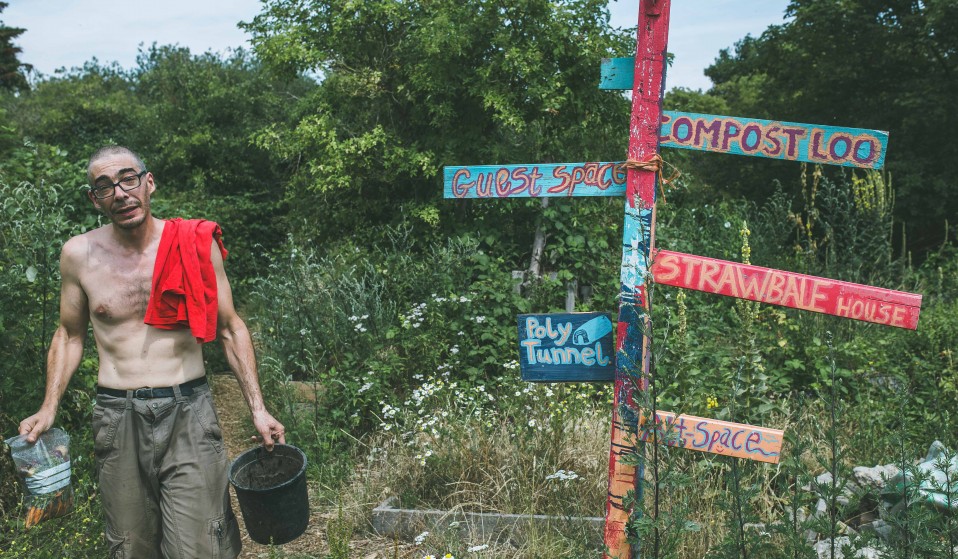 For the last seven years, Grow Heathrow has been fighting against the expansion of London’s busiest airport – though its days may now be numbered.

For the last seven years, Grow Heathrow has been fighting against the expansion of London’s busiest airport. Now – despite its positive impact on the surrounding community – the four-acre eco-squat is facing the threat of closure.

Matt, 30, was homeless when he first stumbled across Grow Heathrow – a four-acre protest camp built seven years ago to oppose the expansion of London’s busiest airport.

Before that, the activist had been evicted from a “horrifically oppressive and violent” shelter, where he was caught trying to help other residents claim benefits instead of applying for jobs. He was then arrested for attempting to set up rough sleepers in squatted buildings in High Wycombe.

“I realised I didn’t know what I was doing. I had jumped in at the very deep end of activism,” he says, drinking a cup of lemon-balm tea in the Grow Heathrow ‘cool place’ – a clearing in the woods surrounded by rickety, towering treehouses. “I looked for successful squats and I found this place. I kept coming here to learn and I just fell in love with it.”

With space now such a limited resource in the UK and squatting having been persistently undermined in the last decade, Grow Heathrow – located in Sipson, just inside the M25 – has become both a rare sanctuary and a hub for activists, creatives, and local residents.

“All the recent successful protest movements have had a space: from Tahrir Square in Egypt to Zuccotti Park in America,” Matt points out. “In order to develop a successful social movement, you need a space where people can come together and an organic movement can build. It’s proven that that’s essential.” 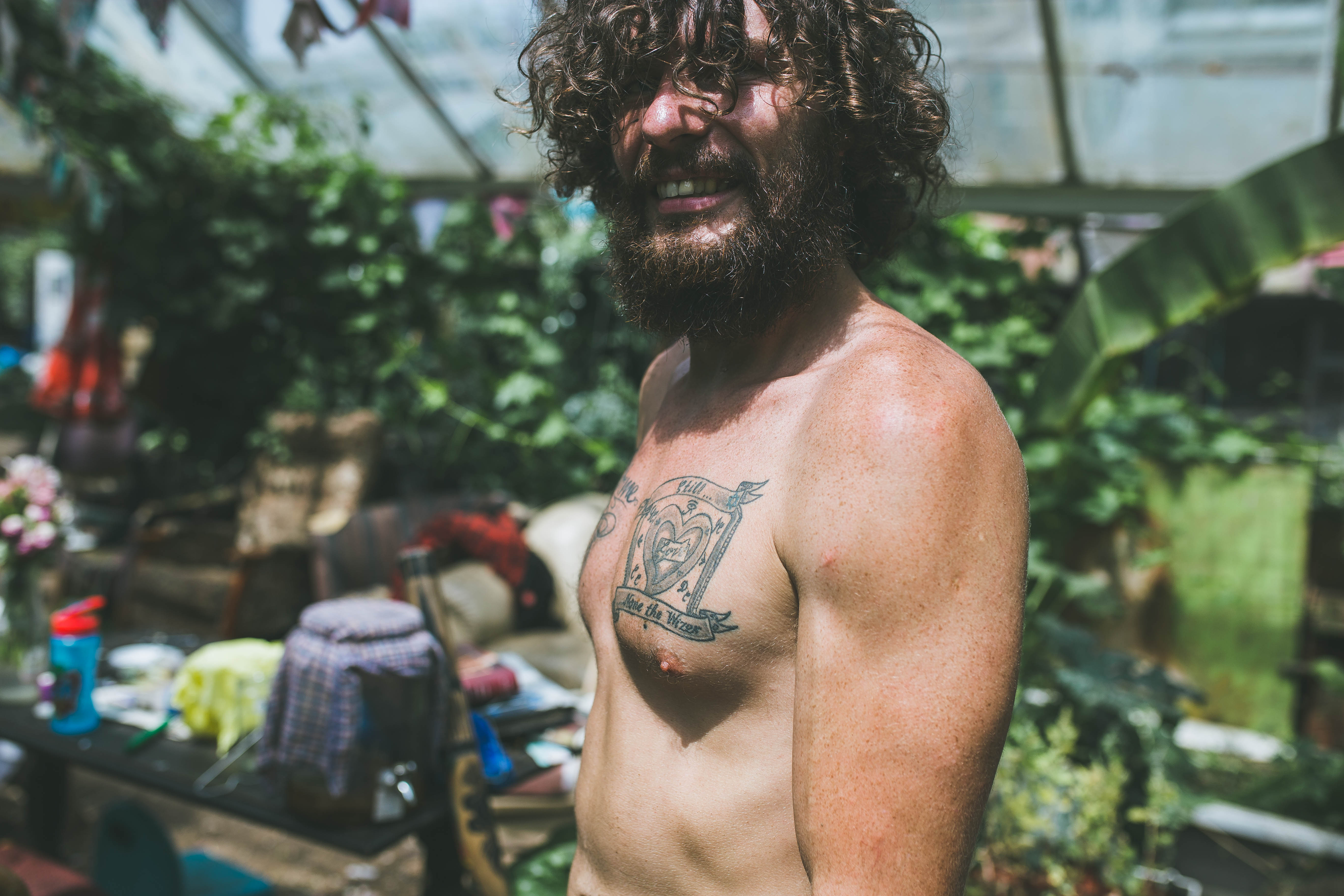 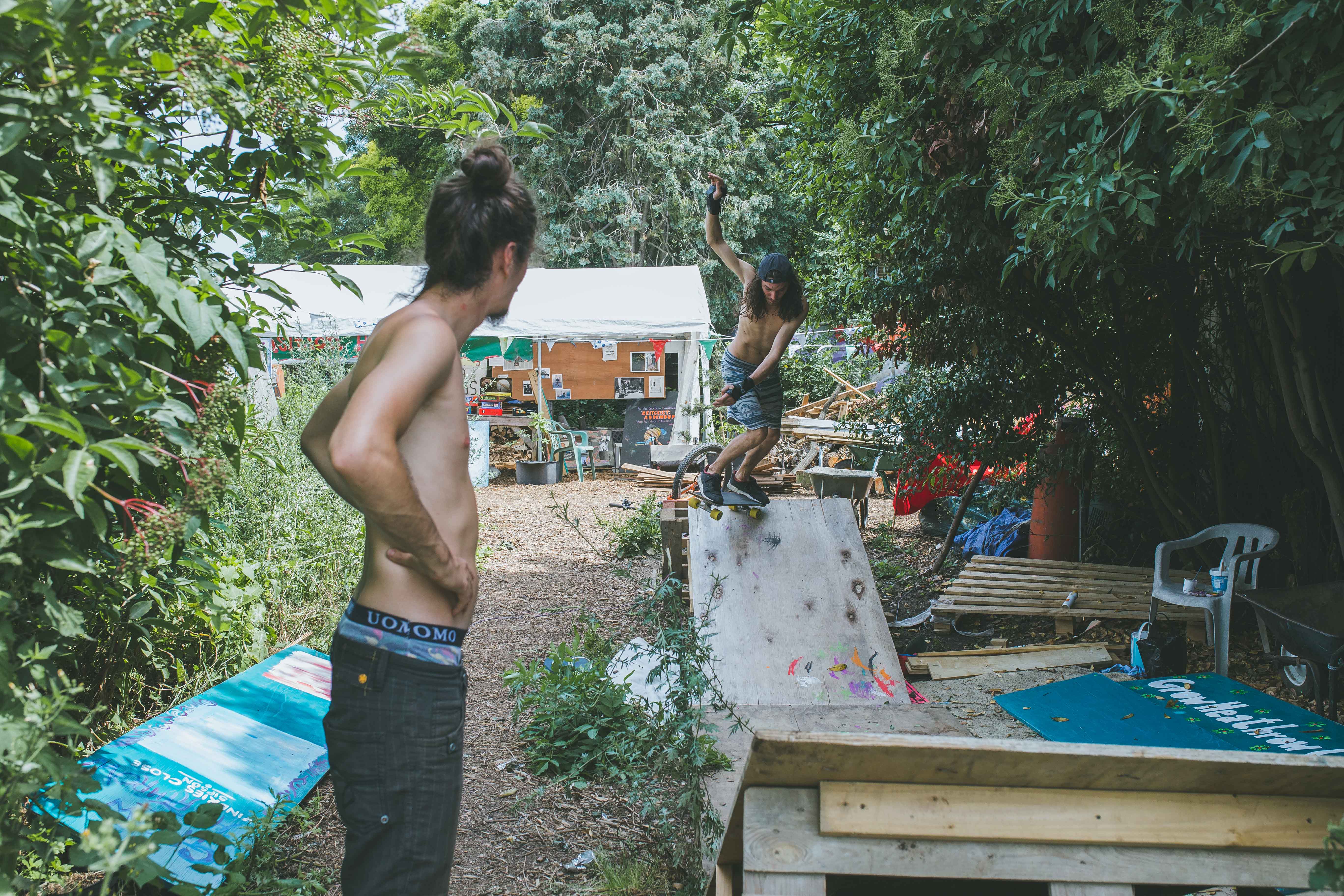 Unfortunately, thanks to a recent court ruling, the camp is in danger of ceasing to exist. On 29 June, after nearly two years of legal proceedings, a judge decided in favour of the owner — a land holdings company with no immediate use for the site — awarding them a possession order and giving Grow Heathrow’s 20-or-so full-time residents 14 days to leave the space. The group has lodged an appeal, but an eviction is still a looming threat.

Ru, 27, used to work as a teaching assistant. She quit her job after visiting the site two-and-half years ago. “I hated the school system, I thought it was so destructive and it was making me really ill in myself,” she tells me, as she shows me around. “Here I thought I could make a difference and I could live the kind of life I wanted to live. I’ve grown such a huge amount as a person since I came here.”

Before visiting Grow Heathrow, Ru says she believed the pervasive myth that you have to grow up in a ‘hippy family’ or work in the City for 20-years and then buy acres of land to live off-grid.

Although she could now lose her home and lifestyle, Ru says she isn’t seriously worried — she thinks the occupiers will win the appeal. “We felt the judge didn’t take into account enough of the factors on site: the fact that we have small children, the fact that it’s an established project and would be essentially the removal of an entire community.” 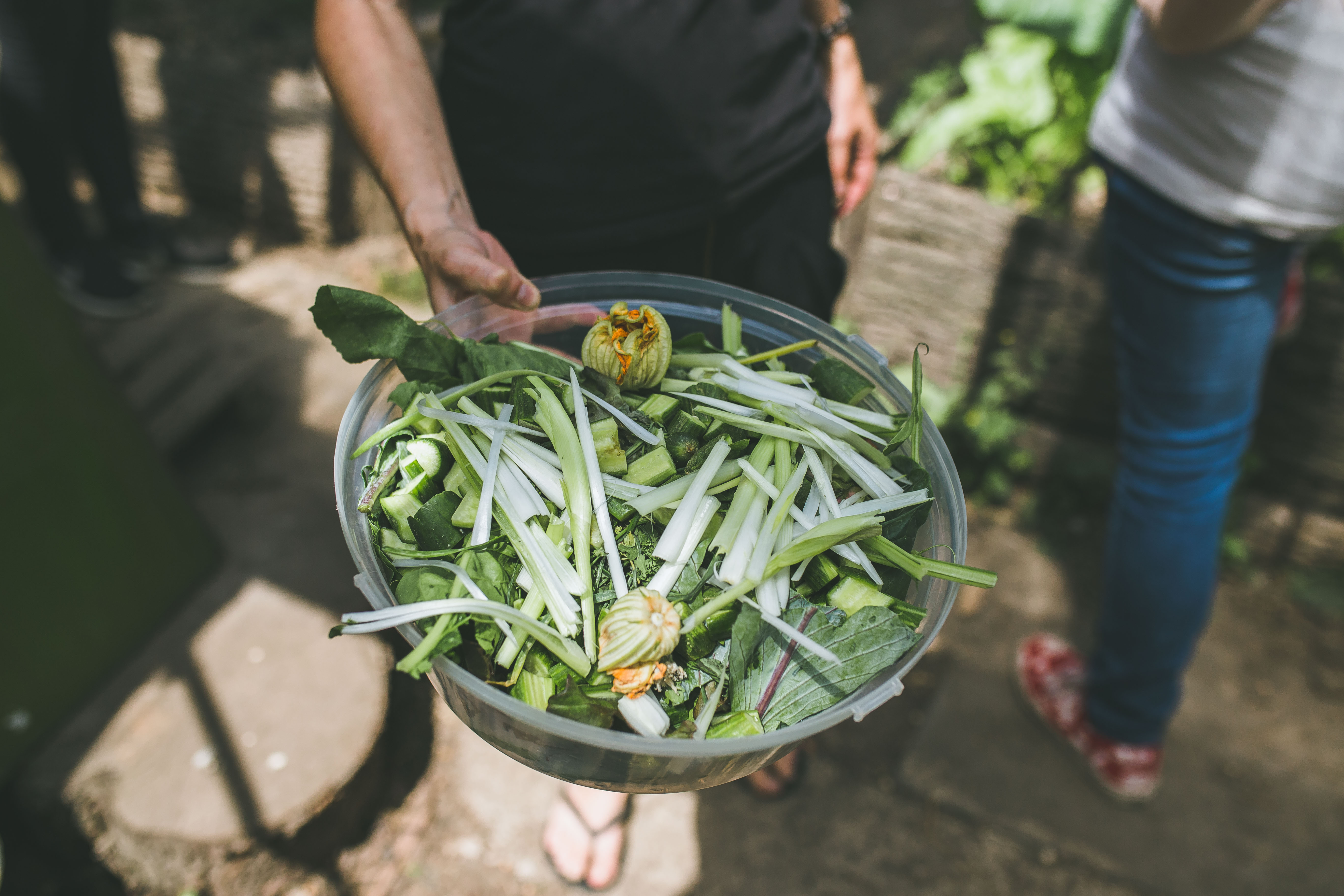 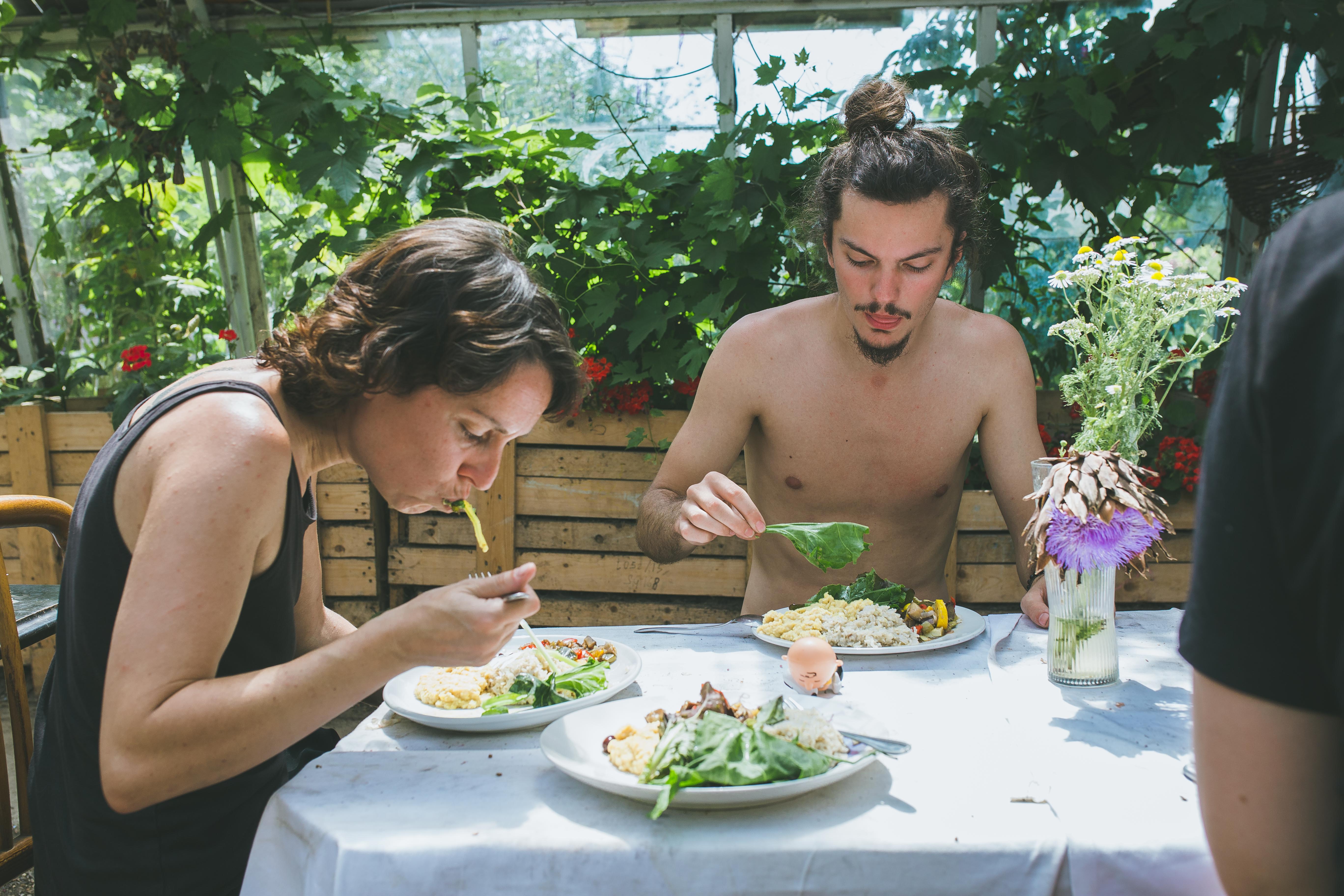 Another major factor in the project’s favour is the strong links it has to the local community. Before the camp was set up in 2010, by a group of five activists with help from local residents, it had been left empty after years of use as an illegal scrapyard. Matt describes it as having been a “toxic dumping site” and a “hub of drug taking”. According to Ru, the group have moved at least 120 tonnes of rubbish over the years – turning the space into a community garden instead of an eyesore. Crime has also dropped 25 per cent in the local area since the activists arrived.

For years, Ru explains, the airport authority has been systematically undermining the local community — sending people into a panic by offering to buy their houses for smaller and smaller amounts, and renting out those they do acquire on short-term tenancies.

“Local people have really suffered at the hands of the airport. It ripped the heart out of this community,” she says, pausing to show me an elaborate float the group is building for the annual Hayes Carnival, happening nearby at the weekend. 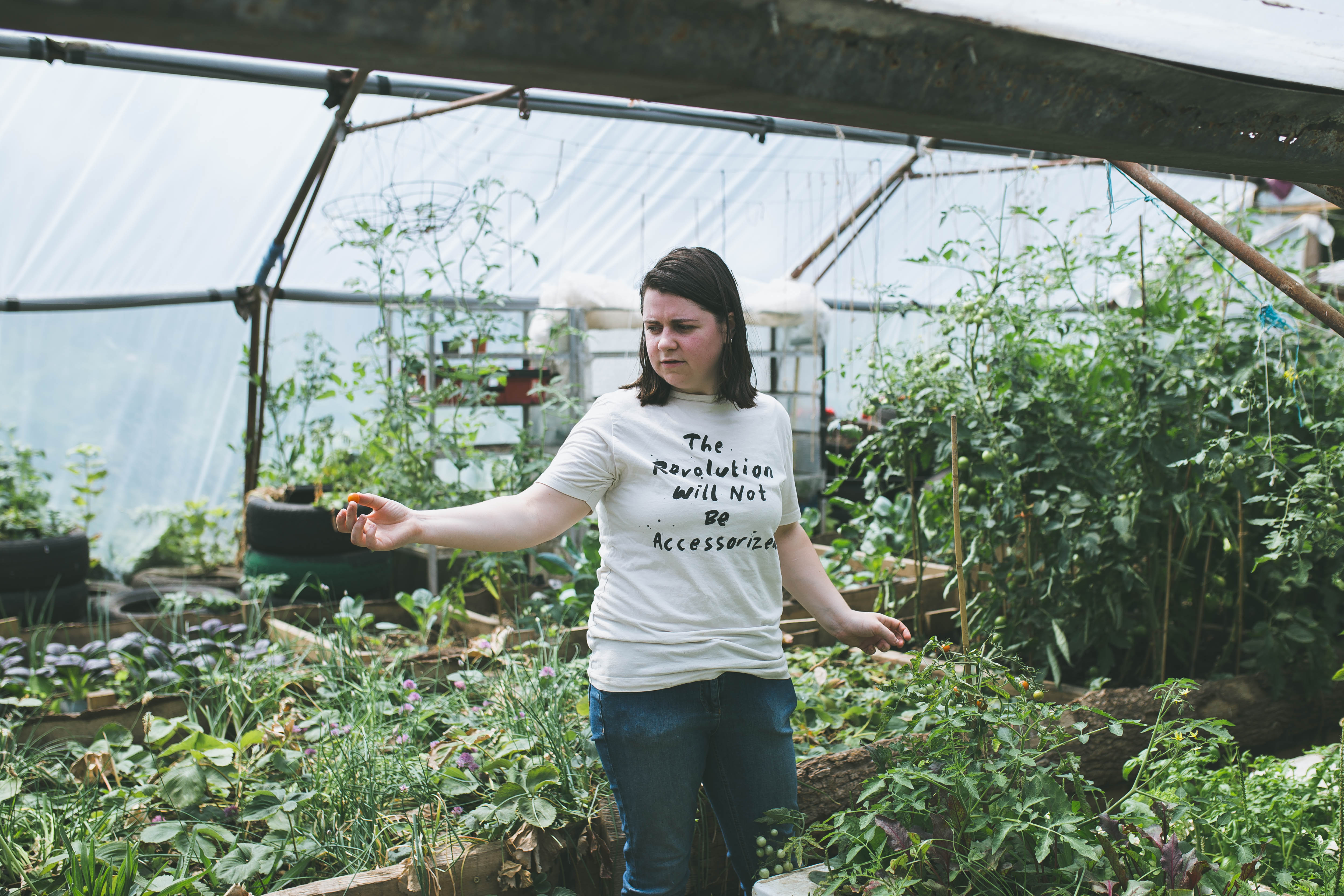 One old man visits almost every day for a cup of tea and a chat, Ru says. Other people bring their children to learn how to make campfires and pick oyster mushrooms. “The most important thing is it a free space,” she explains. “What we are finding more and more is spaces that are free at the point of access are disappearing. So you pay to go to the gym, your library has shut down. The town square is a privately owned piazza where you’re not allowed to do anything fun. We’re losing these creative free spaces, where people from all walks of life can come together.”

As well as strong links with the local community, Grow Heathrow is an integral part of an informal network of activist groups. Environmental activists – with causes ranging from the Radical Housing Network to the Camden Homeless Solidarity Squat – have used the space for meetings and events, with others coming to the site to rest up and recover after intense actions or evictions.

In a time of increasing civil resistance, people are realising the joined-up nature of many causes, as well as the importance of taking spaces. “There have been a lot of cross-group actions lately,” Ru says. “People are realising so many of the problems tie together. So our economic system harms the environment, which also ties into racism and the suppression of women.”

If the camp was dismantled now, Ru says, many activists would stay in the area – but former residents would also take the things they have learned from being part of such a radical and sustained project to other places. Some of the founders already run a cooperative growing hemp, she explains, and the camp had strong links with an anti-fracking group at Leith Hill and a sister project in the Forest of Dean. 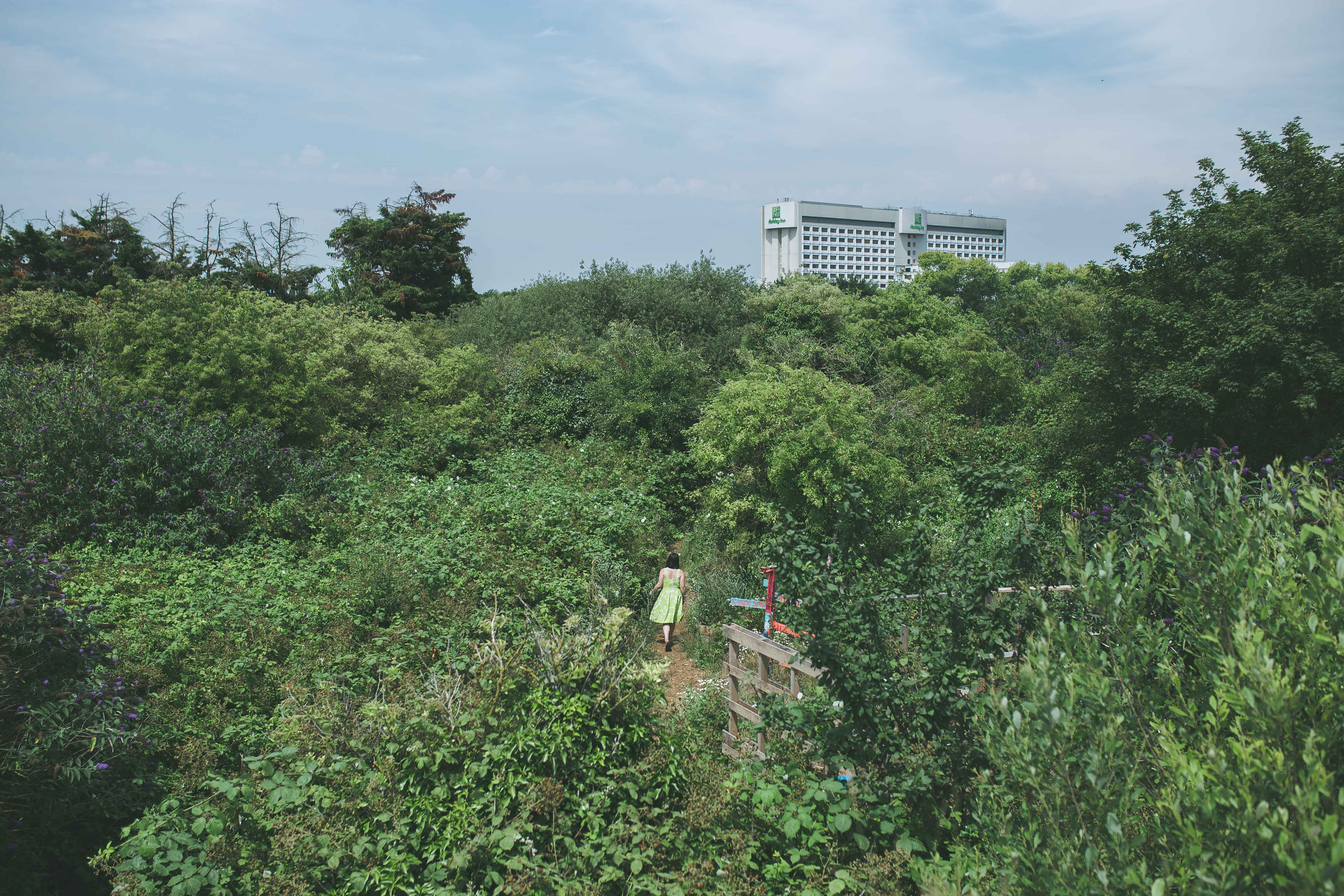 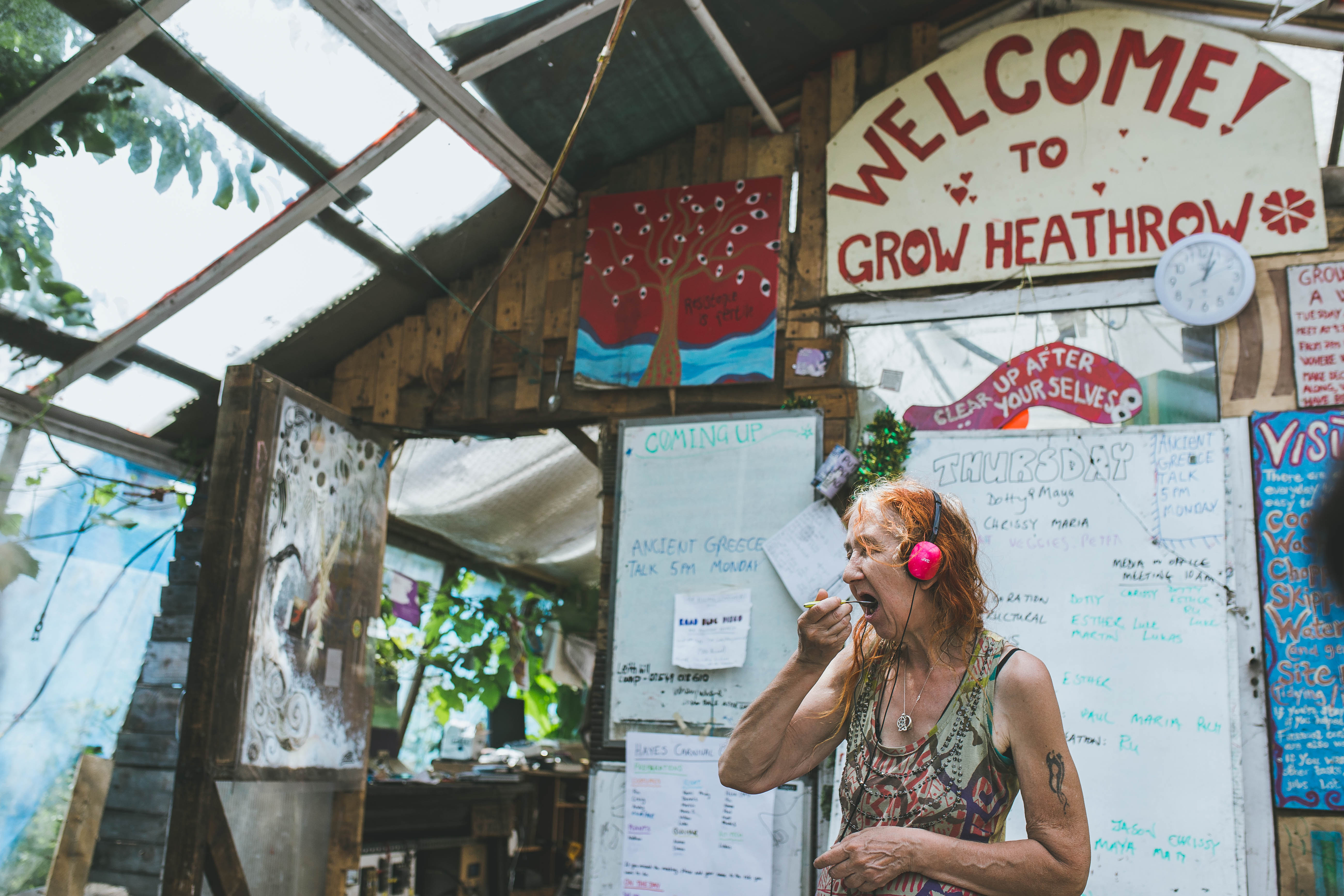 “One of the aims of the project is to create replicable solutions to the economic crises and environmental crises we are seeing all over the world,” Ru explains. “It’s developed massively since the beginning. Little by little we’ve built our infrastructure to do that.”

Some of the camps ‘revolutionary’ solutions are eco in nature: adding a fermented material called bocashi to compost loos to break down the ‘deposits’ quicker so they can be used on plants within weeks, building a wind turbine on site, and a carbon-neutral straw-bale house made entirely from locally-sourced materials. But a lot of learning has also happened around ways of organising. “We try to have no one at the top and no one at the bottom,” Ru explains, “everyone having an equal say, challenging power structures, working together. We do conflict resolution if stuff goes wrong and we just try to work to make communal living work”. She pauses and then laughs: “It’s a long process.”

The project is also a place where individuals can develop themselves. So many creatives in their forties and fifties squatted, Ru points out, which allowed them the freedom to establish themselves. That’s almost impossible for our ‘wage-slave’ generation.

French brother’s Remi, 26, and Dennis, 23, came to London to work on their music. They shared one room in the city, worked full-time, were underpaid and chronically stressed. They show me their van — which is as old as the two men combined but beautifully refurbished on the inside using reclaimed wood — and hand me a CD by their band, Almagram, inviting me back for an open mic night.

“When we came here we were different,” Dennis says, jokingly suggesting they have become ‘hippies’. “It changed us. We’re free here.” 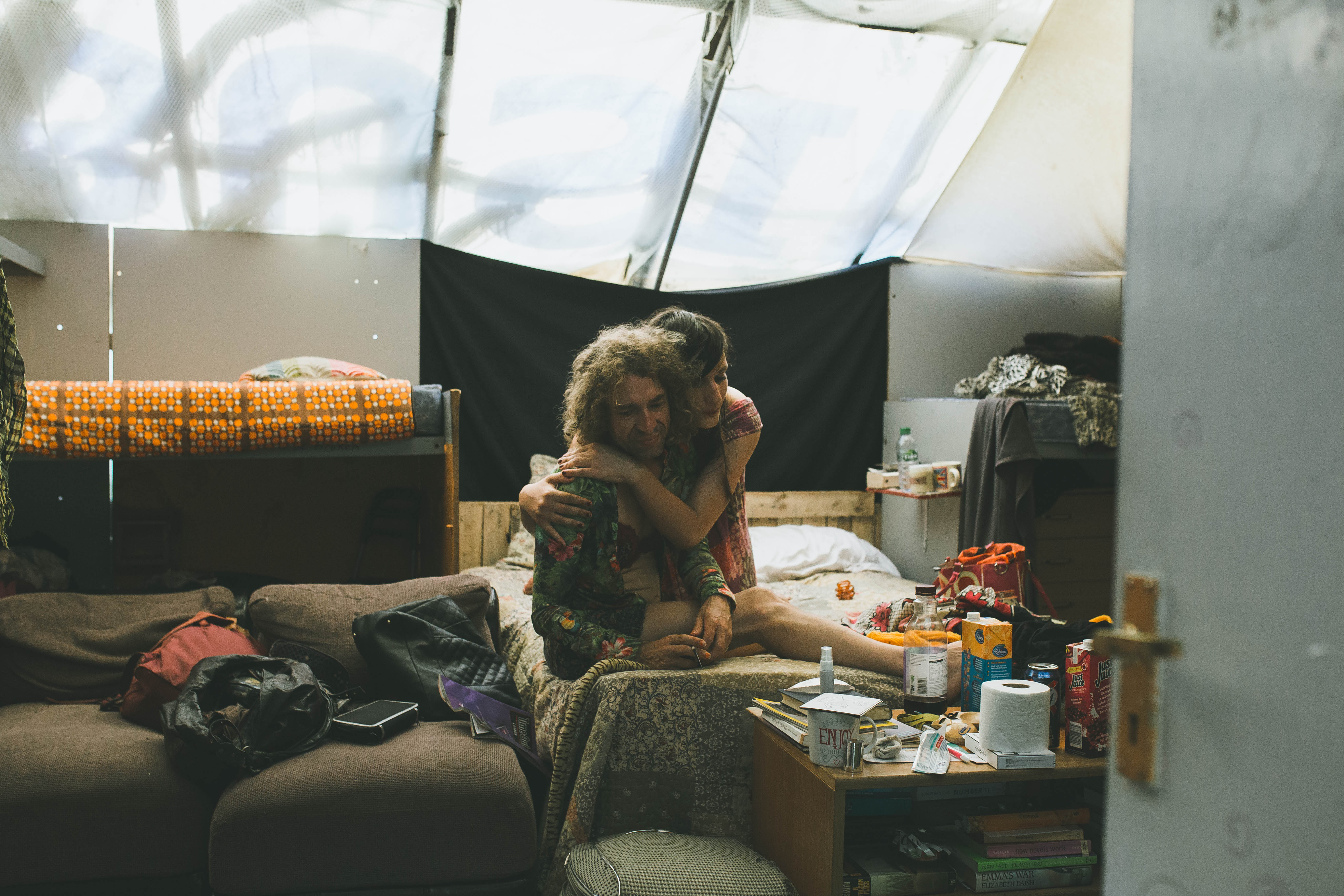 At Grow Heathrow’s last open mic night, Dotty, a visitor from Oxford, read a poem about the things they would ‘go to prison for.’ They ended up naked on stage, demonstrating their right to dress – or not dress – as they pleased.

Dotty was invited to the space by an acquaintance who said the group wanted more trans and non-binary people to get involved (there were apparently too many cis men living on site at the time). Dotty liked the place so much, they went back for their friend Maya. Grow Heathrow is like a sanctuary for them, the pair say; a space where they can be creative and not feel judged, and where they can learn about alternative ways of living. Both wish they had found it sooner.

“What is being an adult,” Dotty asks, “when we can’t really choose to do what we want? It’s the problem with mainstream life, with public life, that someone is always controlling you.”

That’s why, Dotty says, Grow Heathrow is a thing they would go to prison for. “It’s a human right to have spaces like this,” they tell me, lounging in the guest space, languid in the sticky heat. “One of the reasons I have come now is because I would go to prison to defend this space.”

Linkedin
RELATED ARTICLES
OTHER ARTICLES
The campaigning charity are on a mission to increase inclusion, participation and representation of Black people in trail running.
After voting to strike across England, prison teachers explain why they’ve been pushed to a breaking point.
A new exhibition brings together 150 works by twelve photographers, offering mesmerising and intimate depictions of life.
Whether it was seacoalers in Northumberland or the miners’ strike, the photographer was always fully immersed in the story he sought to capture.
A campaign led by ex-torture survivors and refugee organisations has left the Tories with no planes left to carry out their callous scheme.
The hate Just Stop Oil faced after throwing soup over a Van Gough painting has been immense. Here, they explain why it won’t deter them.