News & Politics / Activism / Hate your job? Why not join a complaints choir 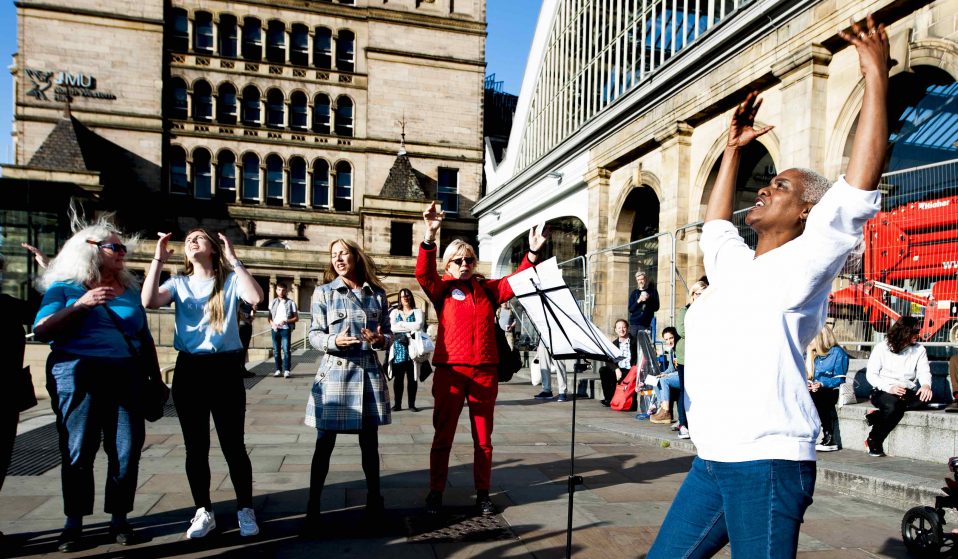 From cramped offices to crumbling public services: the Complaints Choir wants to turn people’s problems with work into song. But is it really effective?

From cramped offices to crumbling public services: the Complaints Choir wants to turn people’s problems with work into song. But is it really effective?

Bad bosses, poor pay, that colleague who always eats with their mouth open – from the structural to the quotidian, pretty much all of us have something to complain about when it comes to work.

What exactly we should do with that pent-up rage, however, is a different matter altogether. Some of us vent to our partners or friends, others to trusted colleagues in secret WhatsApp groups. Some of us have a glass of wine at the end of the day, others take out their fury in the gym, while some of us say nothing at all, swallowing our disgruntlement entirely. Most of us employ a combination of the lot.

What you’re unlikely to have done is turn your complaints into song. But that’s exactly what one group in Liverpool have recently done. The aptly named Complaints Choir – originally founded in Finland in 2005, and recently performed at FACT Liverpool – is led byJennifer John. John was tasked with turning the choir’s complaints about work into song.

“The initial session was for people to talk about their beef – their gripes with the jobs they have,” John explains. “They ranged from feeling like their office was too small, to the effects of the Conservative government on the NHS, and everything in-between.” John then took the complaints away and turned them into a piece of vocal music. 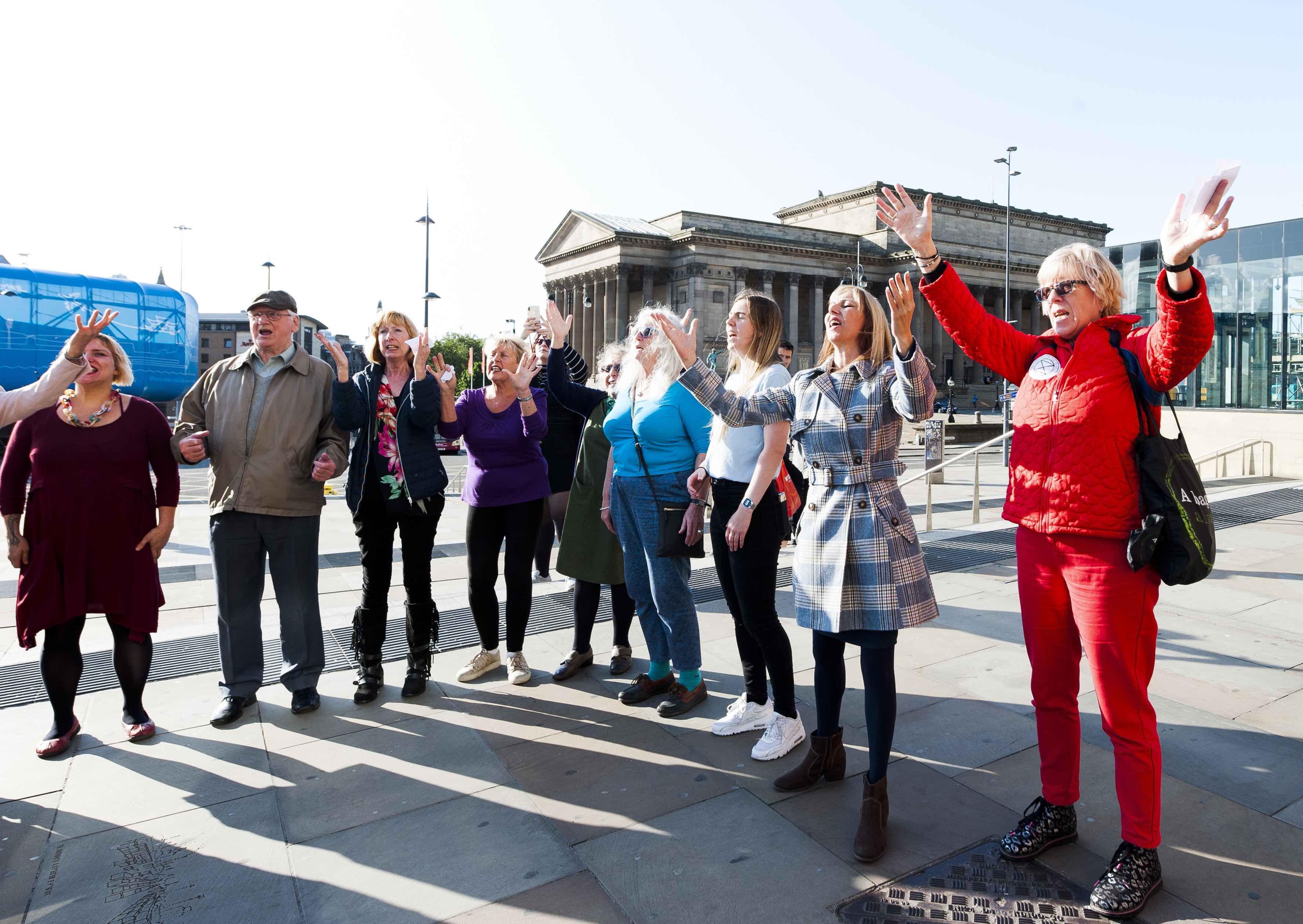 “My job was to get the singers to really think about themselves in terms of how they express the emotions that complaining can evoke,” she says. “So we explored anger, we explored the sound of isolation, of sadness, and frustration.” You can sense this rage in John’s song, too. Starting with sighs, the song soon soars into an angry crescendo of claps and stomps: they’re fed up with work and they’re not afraid to tell you.

Inspiration for the choir came, for the two artists who created it, from a phrase in their native Finnish: valituskuoro. In literal terms, the phrase means ‘complaints choir’; more abstractly, it refers to a group of people complaining simultaneously. This double meaning intrigued them – what would happen if the complaints choir was real? Since its inception, various iterations of the choir have performed hundreds of times across the world.

Taking part in the project, fairly obviously, does not change the structure of your work or life: if you’re subject to unfair labour practices or intolerable conditions then you need a union, not a choir. But having somewhere to vent – somewhere to put those complaints, rather than letting them fester – is a powerful thing.

“It’s therapeutic,” says Sharon, a member of the choir. Working in the NHS, Sharon is faced with complaints herself: people who can’t get an appointment or have been placed on seemingly endless waiting lists. At work, she has to be patient: “you can imagine the abuse I get on a daily basis,” she says. But in the choir, she can let loose; “complain in a positive way”. “And what a medium to be able to do it in!” she says. 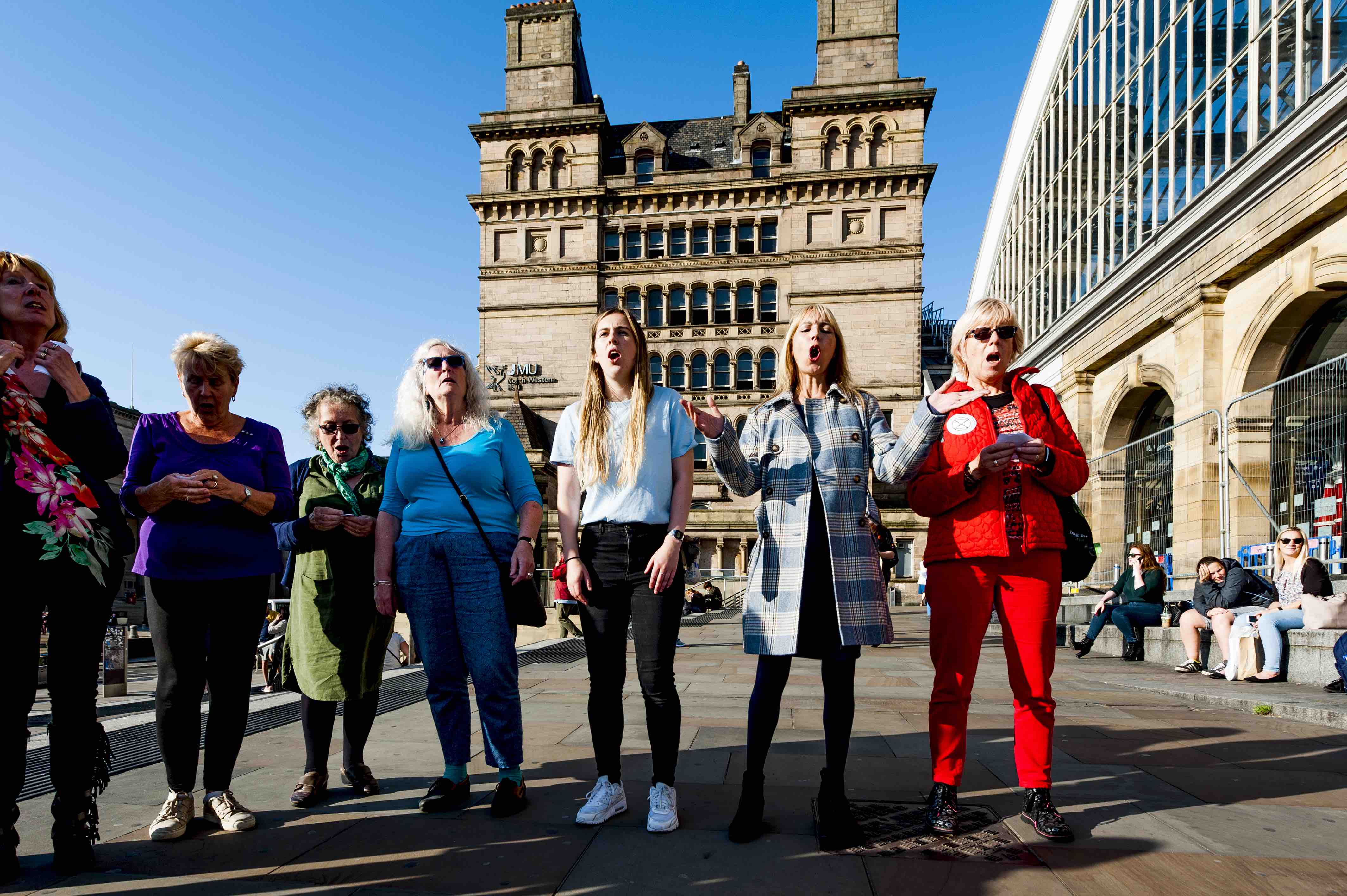 “It really has highlighted problems that need addressing,” she continues. “Your personal and your work and the political all intertwine.” Her ‘everyday’ complaints, she says, are inherently political – people telling her they can’t get seen by the NHS because of cuts, that their operations have been cancelled or delayed. It’s all part of the same thing, she says.

John also believes that the creativity of the choir can help people come to terms with stressful situations in their life. “People can be so reserved,” she says. “So allowing them to have a voice to vent is really, really good. Choir members have said they’ve found it really cathartic – it’s a stress release to combine complaining with singing. It can be really liberating.” Those feelings of catharsis are evident in the song, the stomping and sighing that characterises its rhythm building into something both incredibly intense and deeply relatable. Who hasn’t felt the need for that kind of release?

As for Sharon, she’s found the process incredibly freeing.

“People are scared of complaining,” Sharon concludes. “They don’t want to lose their jobs. So it’s really good to express this through song, and in a positive way. I know they might be negative comments, but you can sing them positively, if you know what I mean.”

“If you’re singing something, then you’re happy.”

Linkedin
RELATED ARTICLES
OTHER ARTICLES
Rogue landlords are exploiting young and inexperienced renters and leaving them in mental and financial turmoil, reports Niall Hignett.
For over a decade, gamblers have won big by employing people to place live bets from the court. But does this dubious method still work?
The two-day long event returned to London this year, showcasing a spectacular parade, steel bands and Caribbean food.
Sean Maung’s photos are a love letter to the Black and brown communities that make up New York.
Financial turmoil is pushing people who work in the sex industry into more dangerous and desperate situations as a means of survival.
Rhiannon Adam spent three months capturing an ageing society wracked by division, isolation, and the aftermath of scandal.