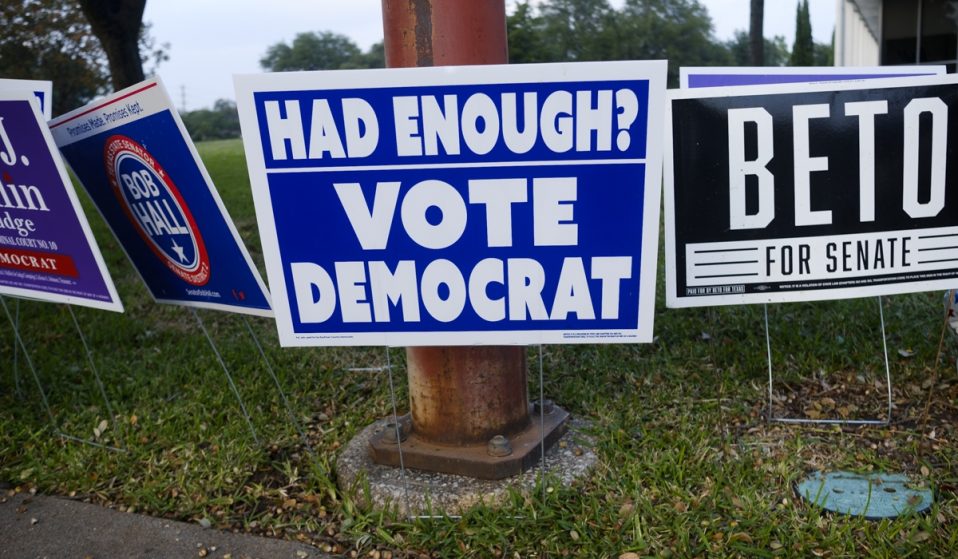 The Democrats were betting on Beto O’Rourke to bring liberal values and progressivism to one of the reddest states in America. But are residents really ready for such a ‘Bold Vision’ of Texas?

The Democrats were betting on Beto O’Rourke to bring liberal values and progressivism to one of the reddest states in America. But are residents really ready for such a ‘Bold Vision’ of Texas?

When George arrived to vote at Texas’s Alex Sanger Elementary School yesterday, he arrived in a car loaded with guns. In a state that prides itself on its independent, pioneering spirit, this might not be terribly unusual – but it’s somewhat unexpected in the urban landscape of Dallas. With a braided ponytail, silver earrings, and a red shirt that says Martinez, the Republican carves a striking image by himself, but even more so when he puts on his holsters.

“They stopped teaching the kids how to read cursive,” George tells me, referring to local curriculum changes. “How are kids gonna learn if they don’t know how to read that stuff?”

While cursive writing isn’t on statewide, midterm election ballots in Texas, Ted Cruz and Beto O’Rourke are. The former, a staunch Republican who vied for the presidential nomination in 2016 against then-candidate Donald Trump, has run a fairly low-profile campaign that has aligned itself with the Trump Administration’s ethos and influence. While Cruz isn’t very popular in urban areas, Republicans have possessed a decades-long stranglehold on statewide elections in Texas, and the state is largely rural, measuring approximately 800 miles across. So it surprised residents and pundits alike when polls earlier this year showed a Democratic challenger trailing the incumbent by only a few points. 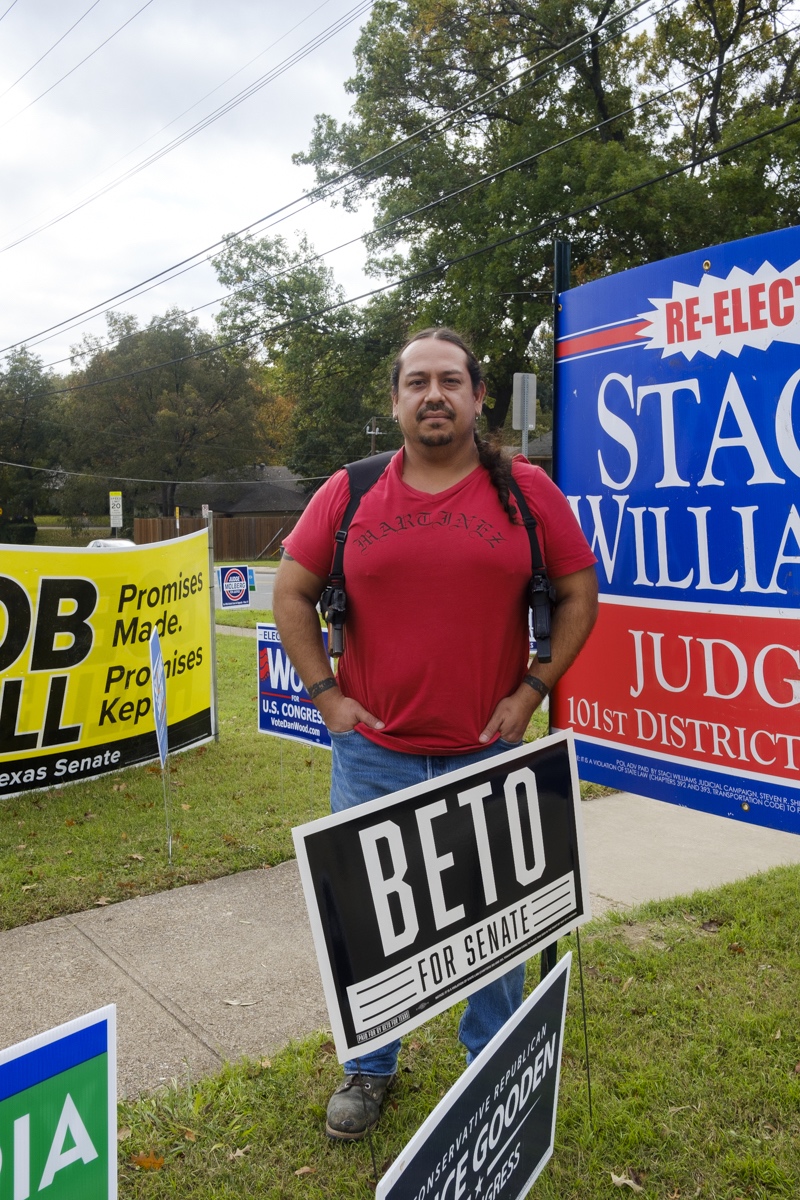 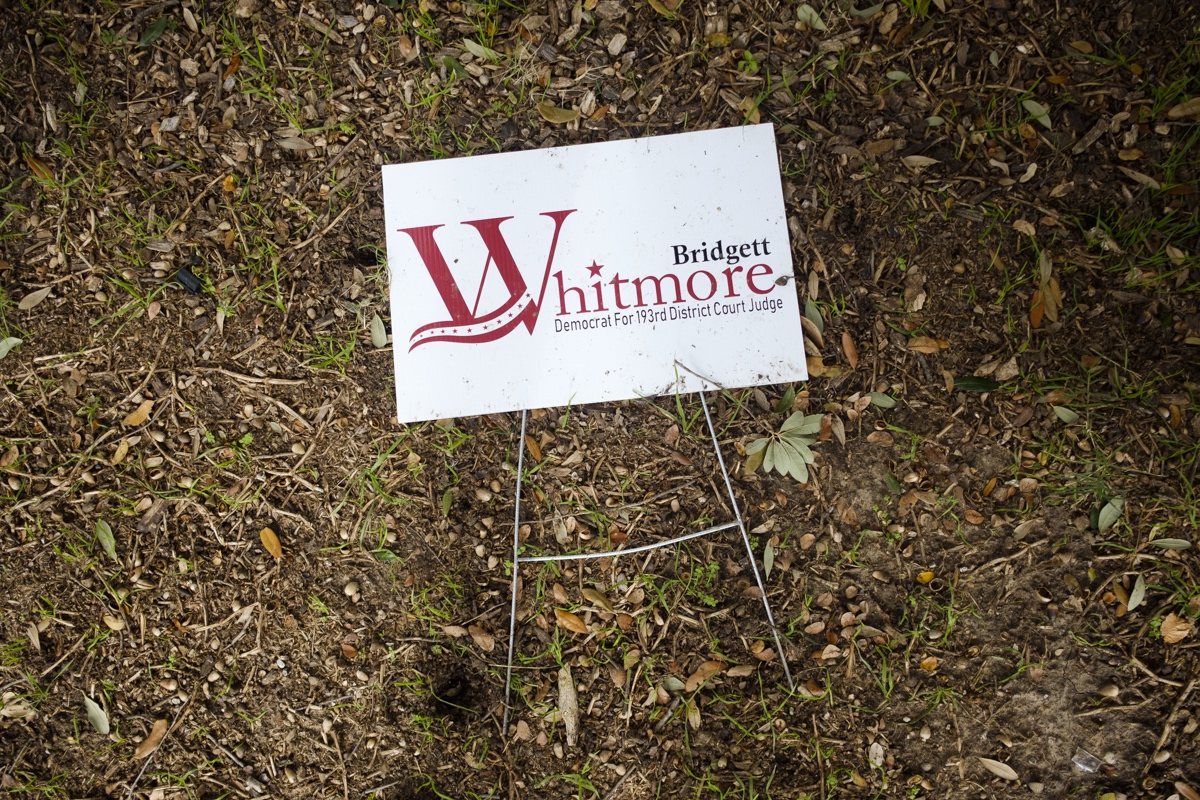 Described by several national outlets as Kennedyesque, Beto O’Rourke is a tall and energetic El Paso congressman who makes a point of delivering impassioned speeches and proudly extolling his vision of a more progressive Texas. He supports abortion, gun control, and a pathway to citizenship for illegal immigrants. He is nothing if not confident, and he has been betting his campaign on what he repeatedly calls a “bold vision” for the state. And while Beto yard signs and bumper stickers can be seen across Dallas – and celebrities like Beyonce have thrown their support behind him – his campaign has always felt like a dream too far.

Interviewing people at Dallas polling places, the majority tended to lean Beto. Mike, a 67-year-old physician’s assistant who believes in conservative principles, voted for Beto because the Republican party, as he said, has become a “dumpster fire.” John, a brewery worker, voted for Beto because he didn’t run a “divisive campaign.” And Jacque, an IT professional, voted for Beto simply because she found him “thoughtful” and “willing to make a difference.”

But for all of the people calling for a measure of civility, liberalism, or simply change, there are more like George who would like to follow a new blend of Republicism, which attempts to blend the old party with the newfound lack of restraint embedded in Trumpism. Or, at the very least, they believe they can ignore the latter.

At the end of the day, many people who voted in Dallas on Tuesday, November 6th were hoping for a blue wave across the state, or at the very least a blue wave to wash Senator Cruz out of Washington. But by 9:30pm, only two hours after polls closed, Texas voters heard a different message from the numerous TV networks who use their video boards, polling numbers, and political pundits to predict outcomes for elections that are hundreds if not thousands of miles away. Cruz had won, scraping ahead with two per cent of the vote. Beto had lost. And things in Texas – for the time being – will continue on very much as they had before. 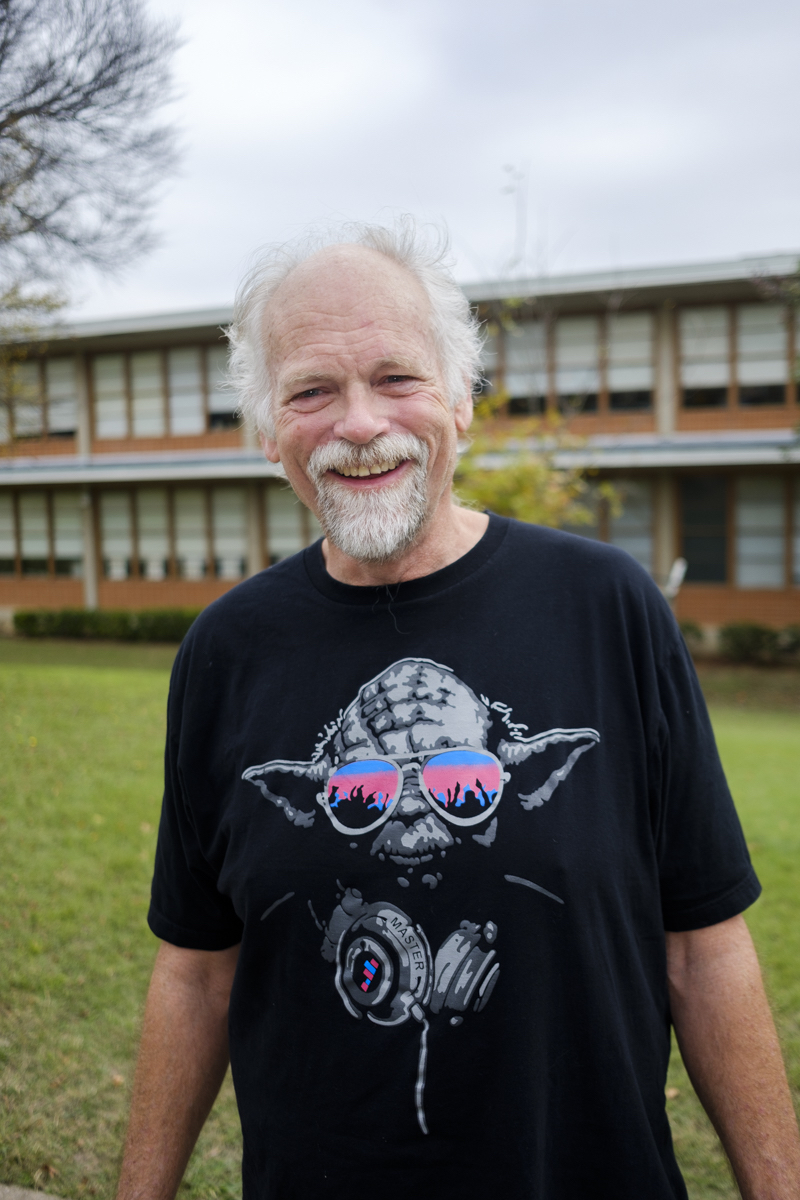 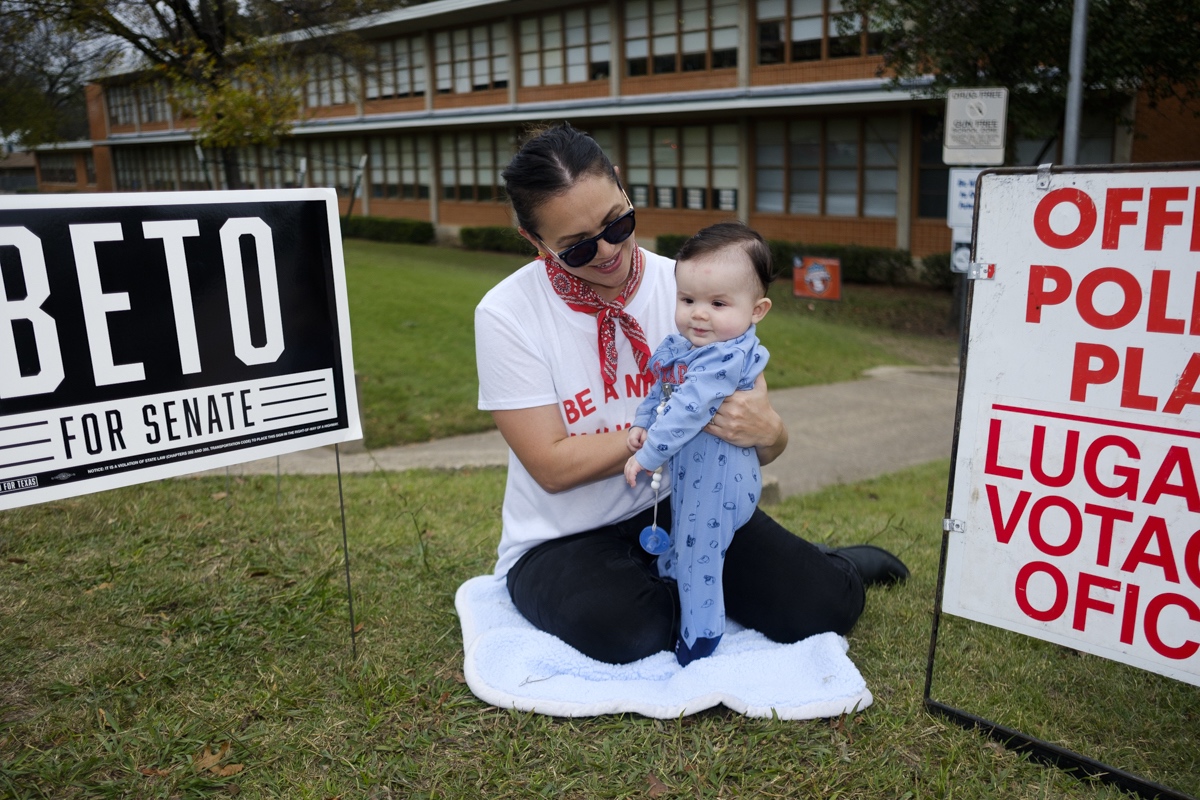 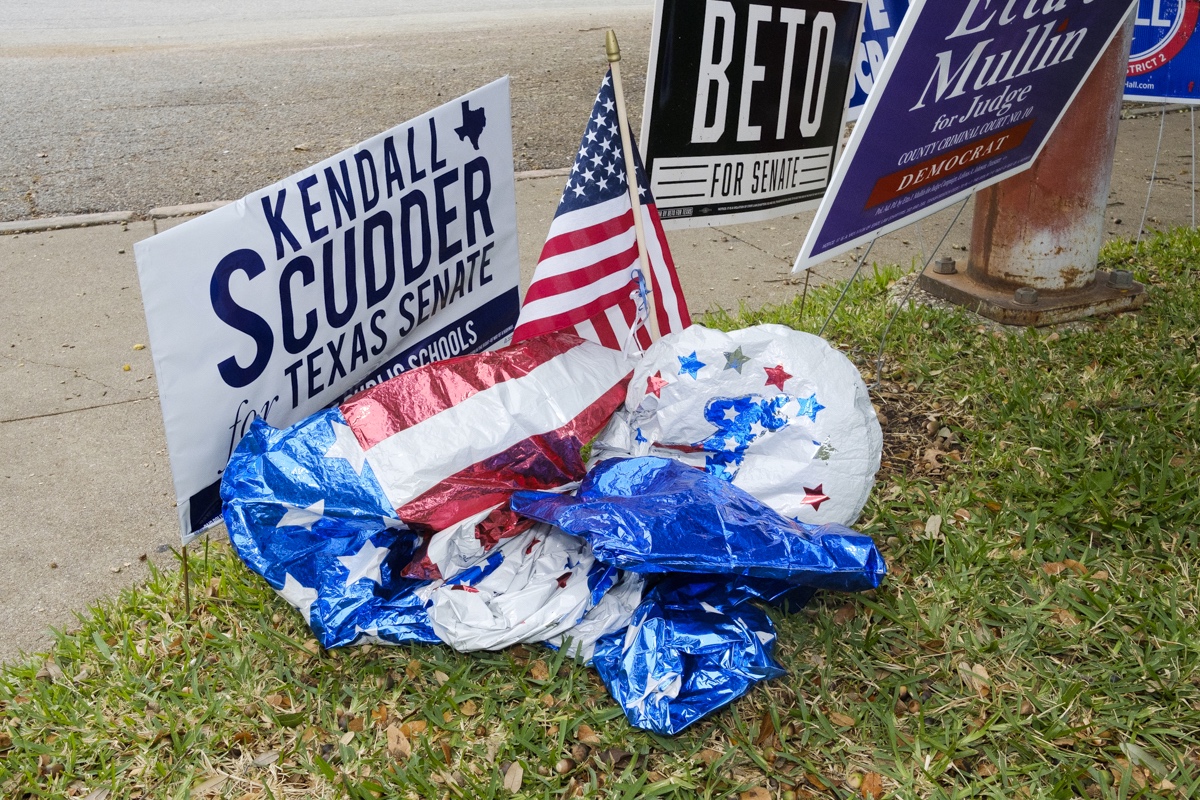 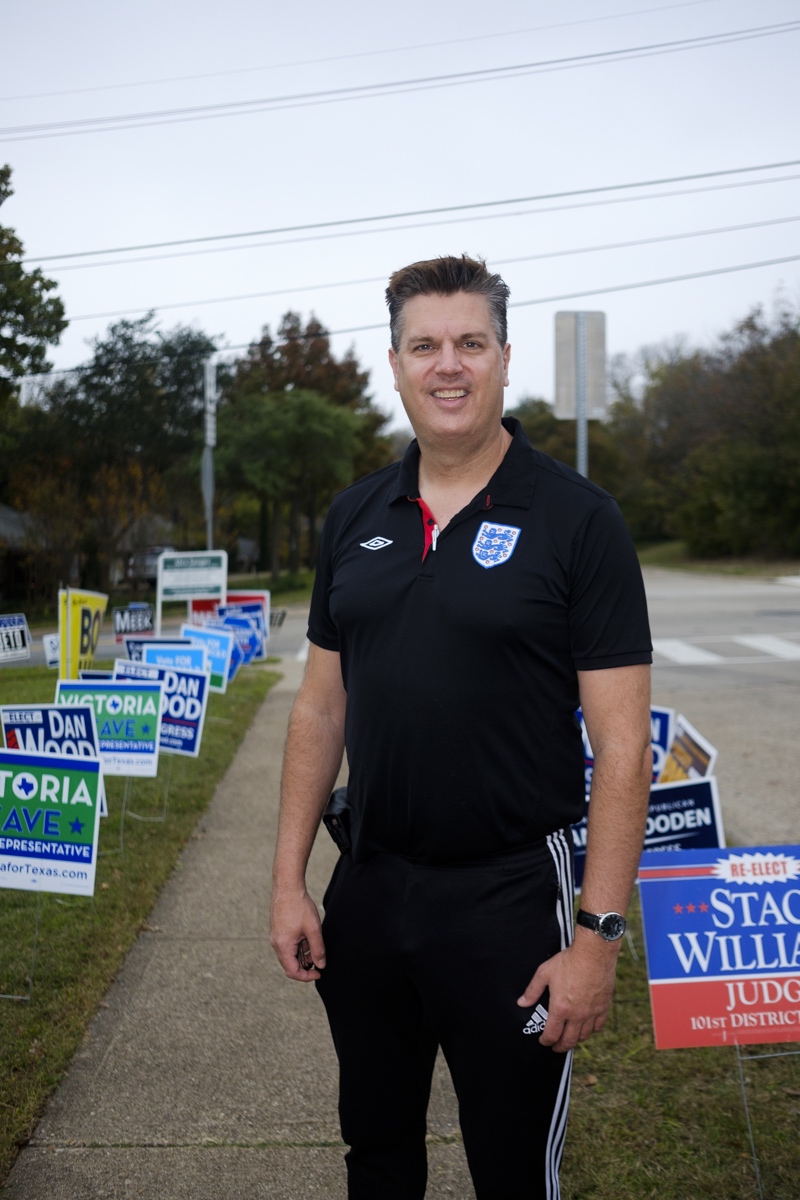 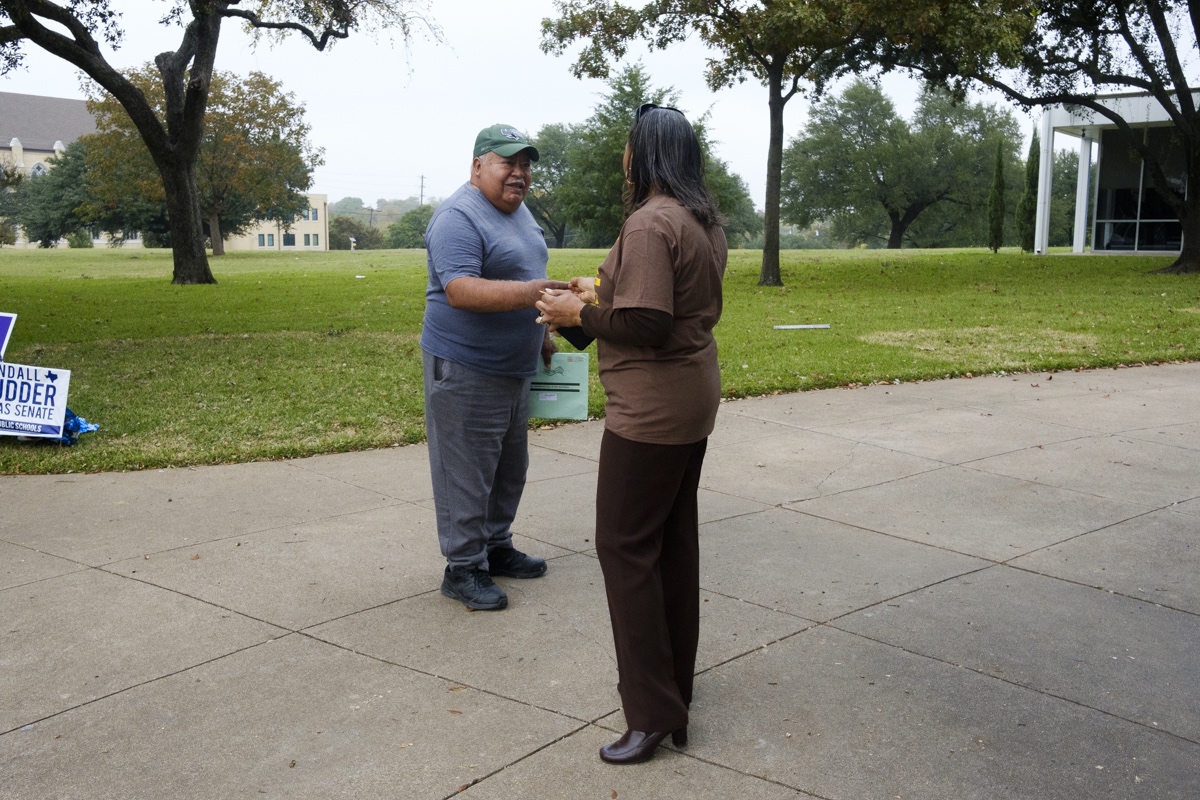 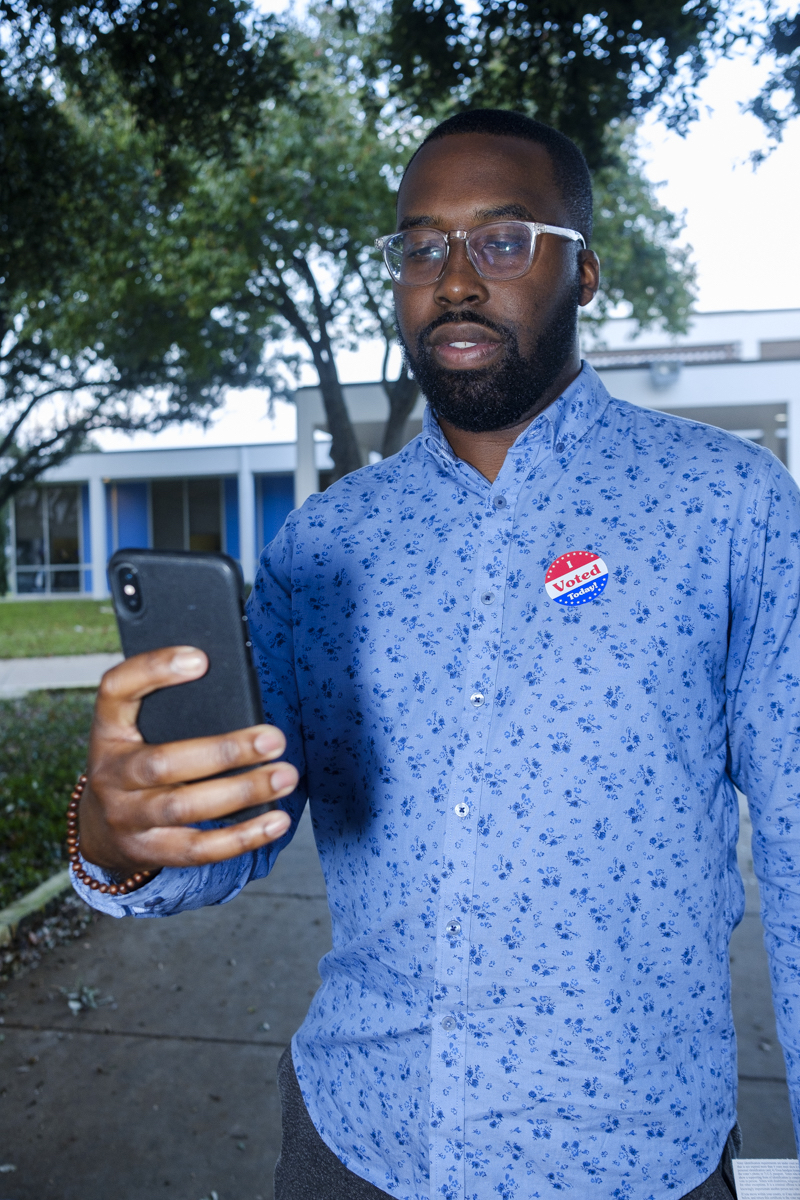 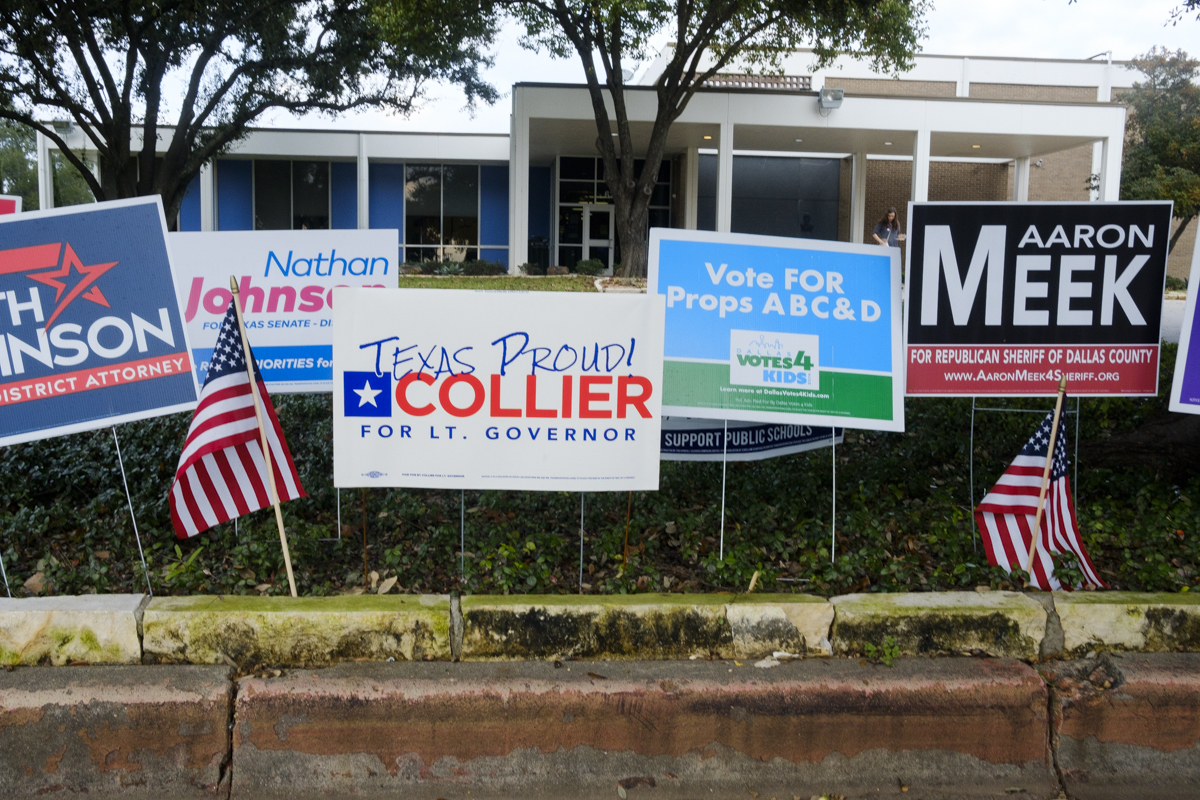 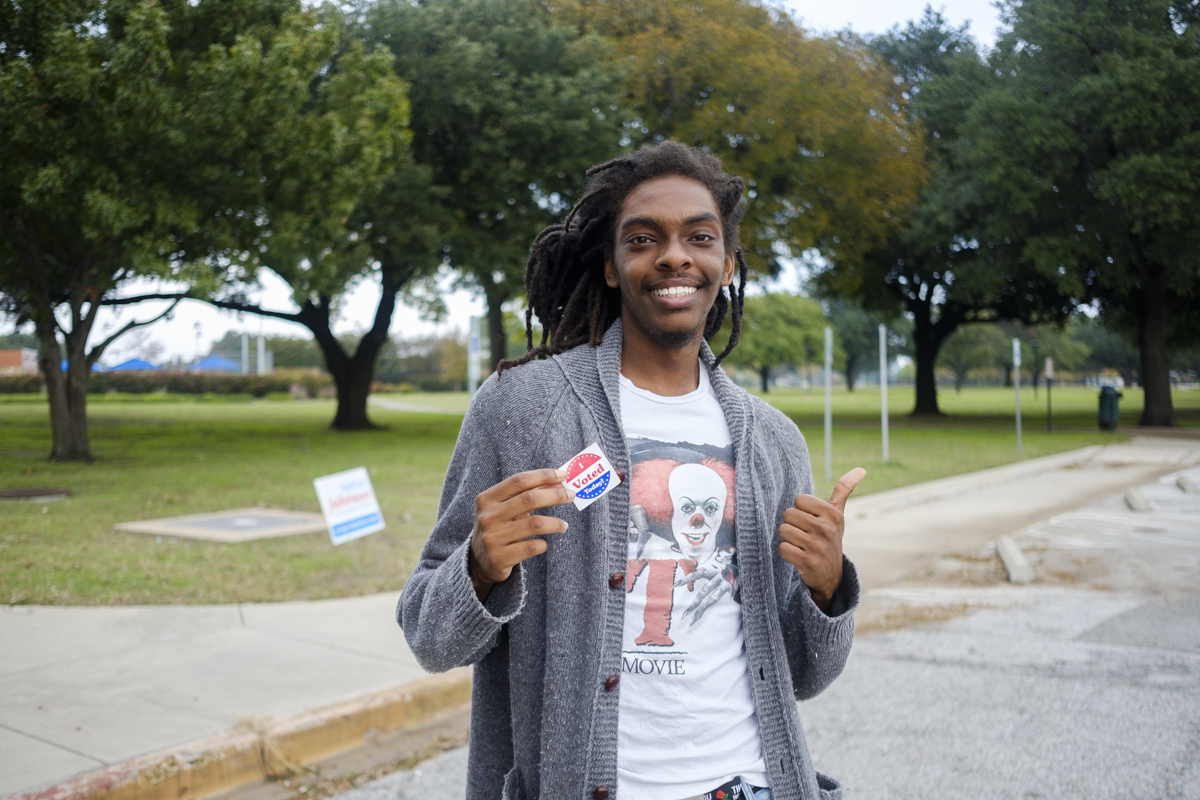 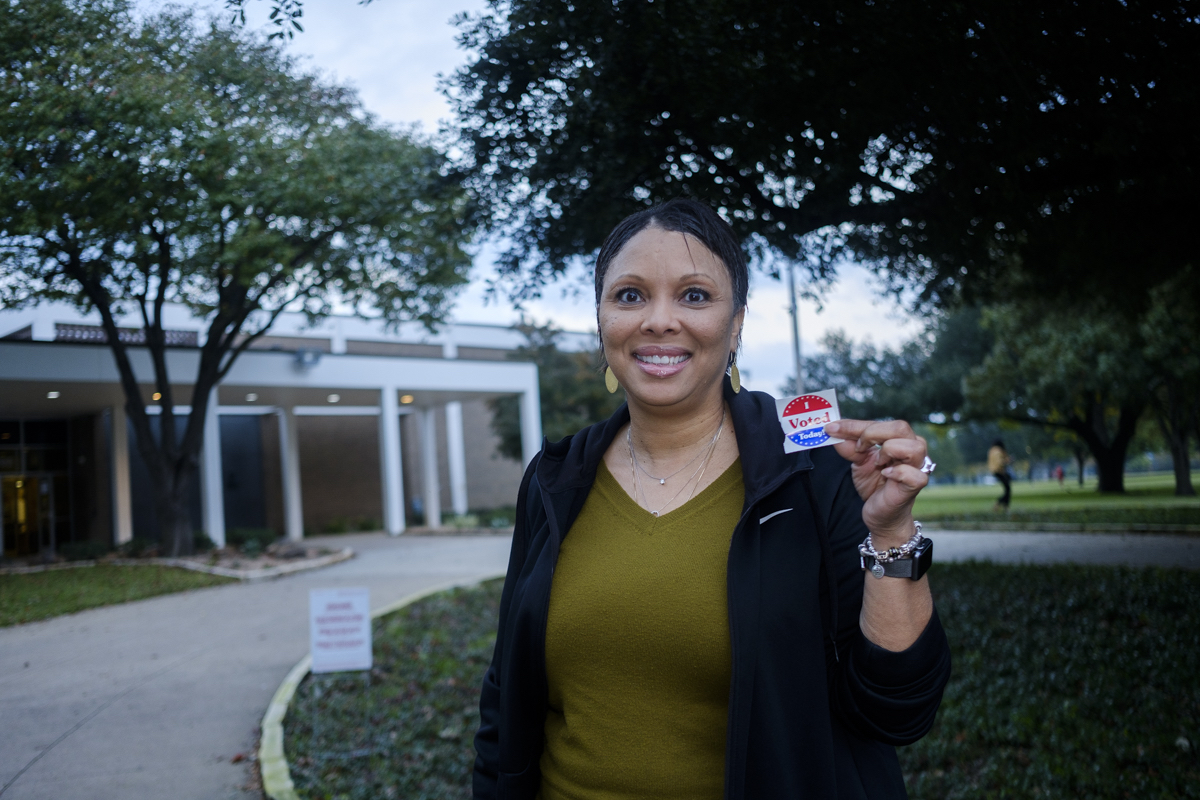 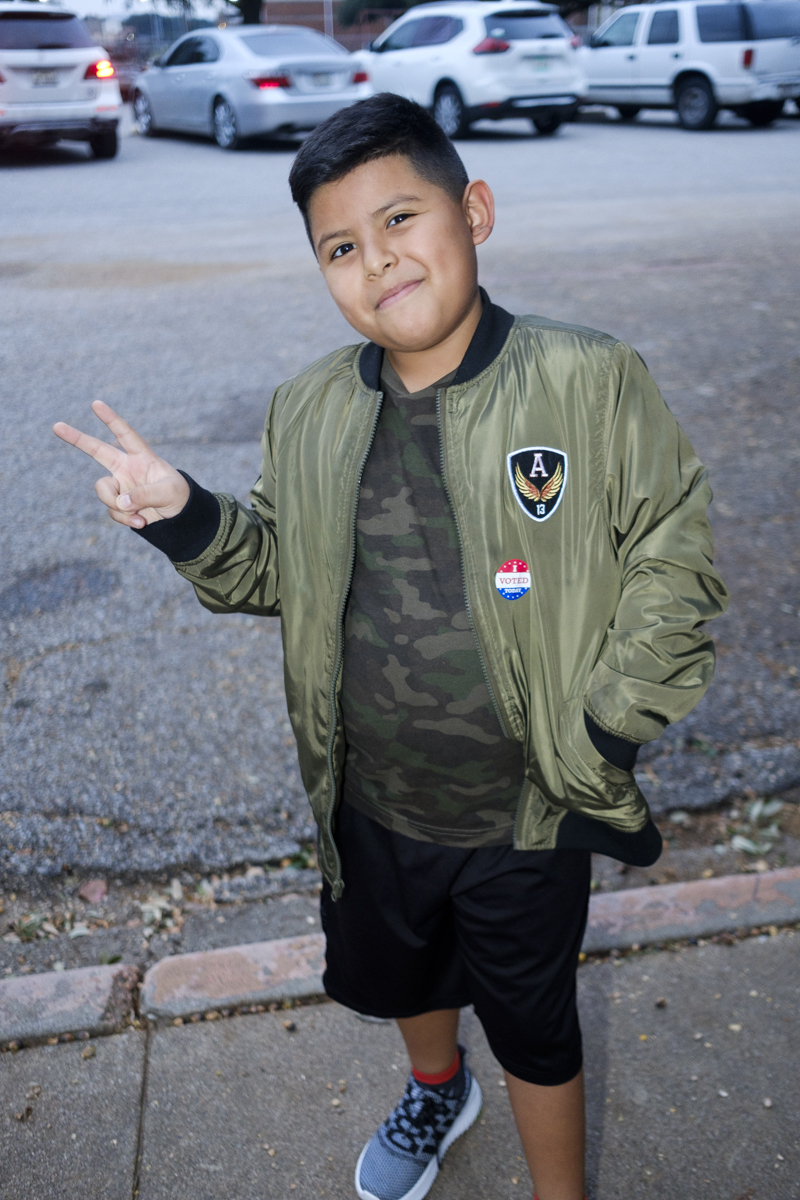 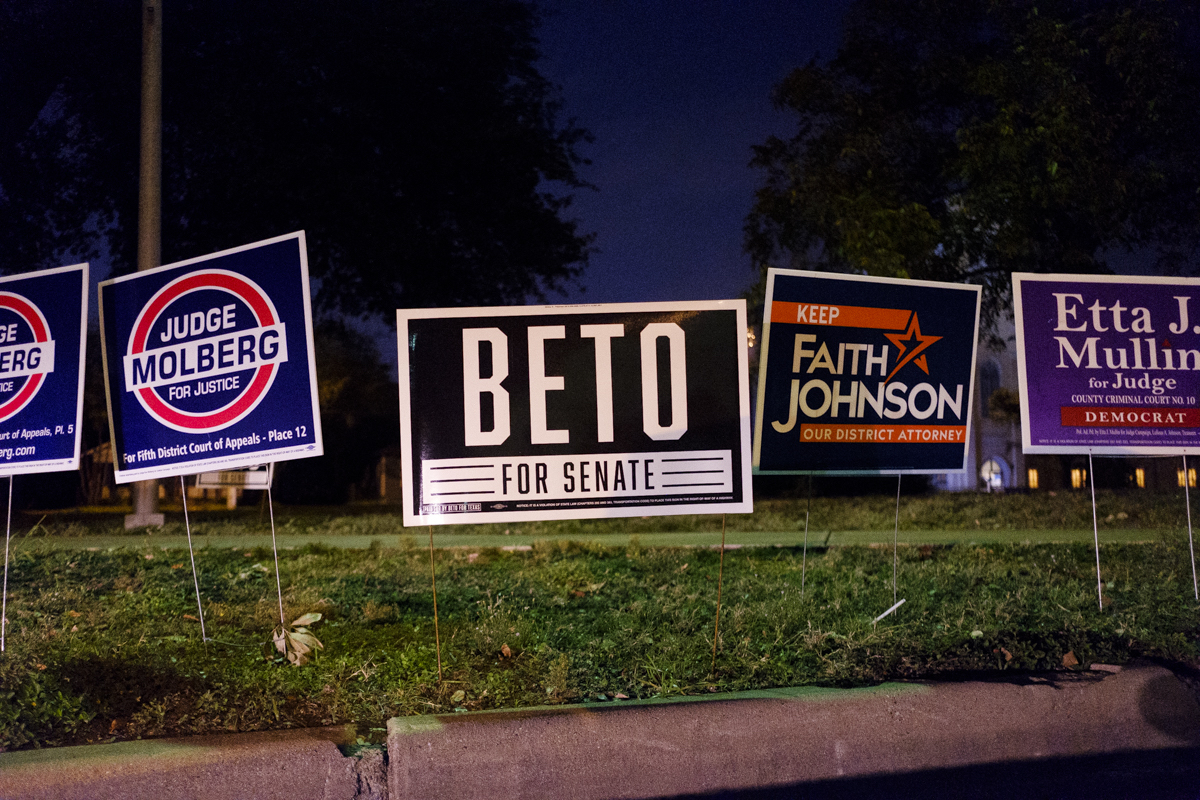 Linkedin
RELATED ARTICLES
OTHER ARTICLES
To mark the anniversary of the mass trespass of Kinder Scout, a group of hikers came together with the intent of creating a new, fully inclusive culture for rural spaces.
Our new magazine is here, starring the inimitable Mitski. Order your copy now and join us on a trip around the world.
Over the weekend, London locals came together to resist a pre-planned police raid targeting delivery drivers.
The government is scrapping the Human Rights Act in a move that will hit marginalised people hardest.
The author discusses her blistering new novel about history, revolution and queer love.
Government plans to make it harder for people to go to university will only entrench inequality.