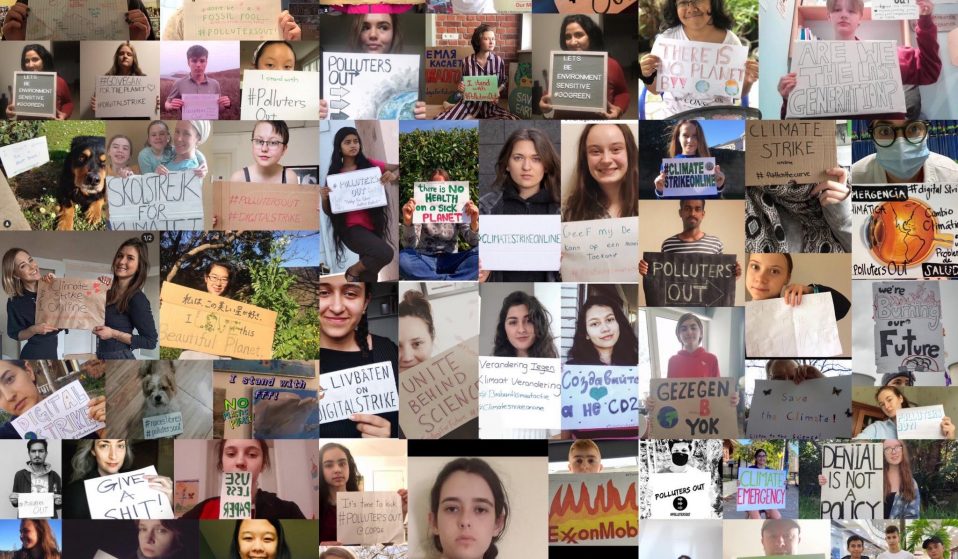 With street protests now banned thanks to the Coronavirus crisis, Fridays For Futures school strikers are finding new ways to advocate for change.

With street protests now banned thanks to the Coronavirus crisis, Fridays For Futures school strikers are finding new ways to advocate for change.

As a global pandemic brings the world to a standstill, climate activists have been left to reevaluate how to proceed without street protesting – their most powerful tool for raising awareness.

Earlier this month, Greta Thunberg told her followers to avoid mass-rallies amid the escalation of coronavirus, and to “find new ways to create public awareness and advocate for change”. She called on people to join the “#DigitalStrike”, organised by Fridays for Futures Digital (FFFD), by posting a picture of themselves with a sign they’d usually bring to a school strike for climate on Fridays. “Keep your numbers low but your spirits high,” she said, “and let’s take one week at a time.”

“We were like ‘finally! Thunberg recognises our movement’, and people started joining very, very fast afterwards,” says 16-year-old Iris Zhan, who founded FFFD alongside George Zhang, also 16, after they met at a Fridays for Future conference in the US last year. “The more Greta legitimises what we’re doing, the more it will become mainstream, and people will just be doing it.”

“I live in the suburbs, so it’s very far from a government building where I can strike outside,” explains Zhan over Skype from Columbia, Maryland. “I have a really strict attendance policy at my school – so does George.” As a result of this, Zhan and Zhang were forced to miss rallies, which is what initially gave them the idea to shift the protests online. “Thousands of people strike every single week, but there are even more people who can’t strike that support this movement,” she says, noting the fact that in some schools, striking is forbidden altogether. “If we can collect all of those voices, then that is really powerful.”

The first digital strike was held last April, starting out with just a handful of student protesters. It grew to around 50 to 100 participants every Friday within the first few months.

Since the outbreak of coronavirus, and Thunberg’s subsequent endorsement, the online movement has garnered almost a thousand online strikers. “We’ve had to expand our team internationally,” Zhan tells Huck. “We have people from across Europe, the Philippines, from Africa, from Argentina, and are really excited by the amount of people that are joining us, and ready to take this to the next level.” 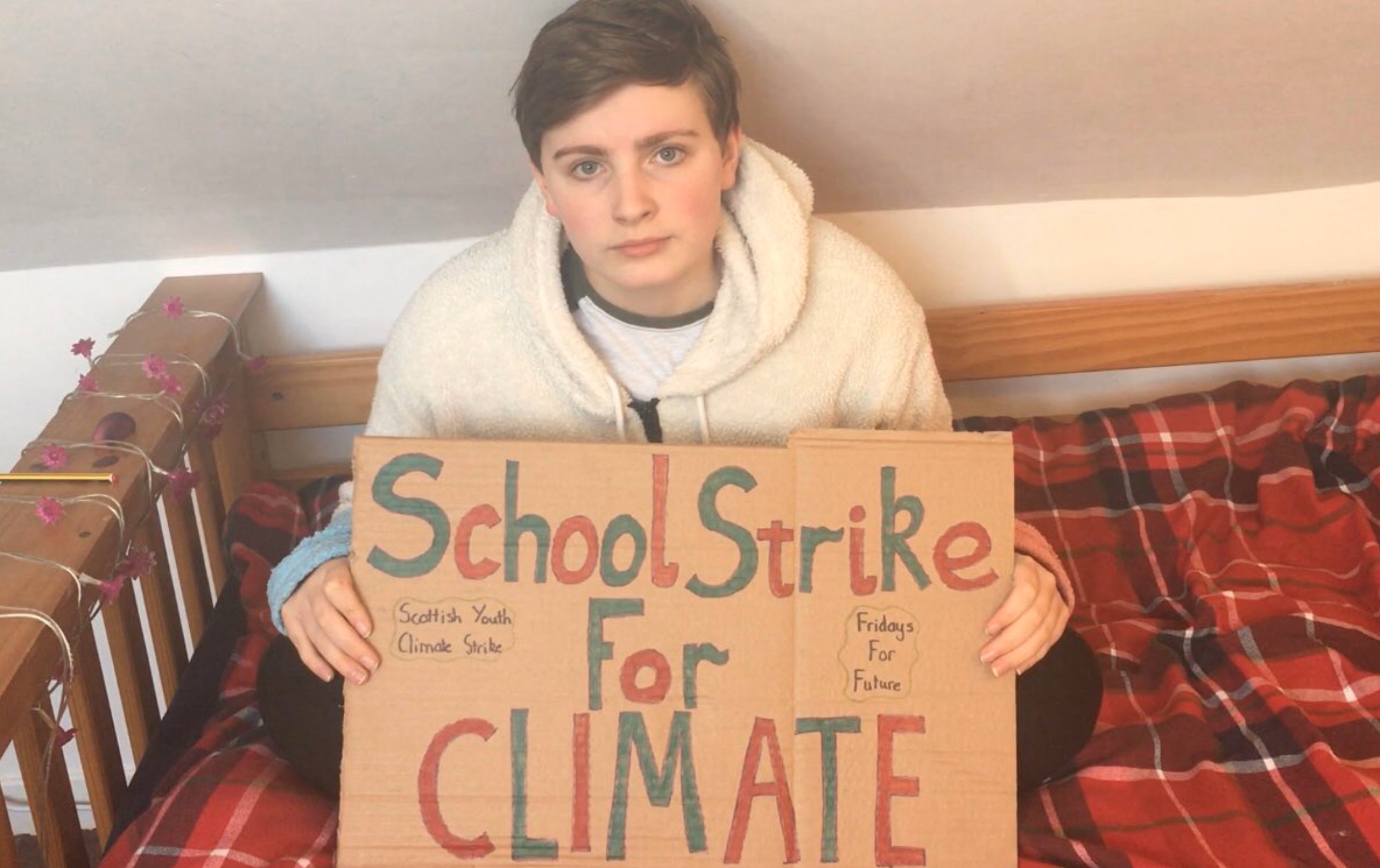 For 15-year-old climate activist Dylan Hamilton, the discovery of FFF Digital through Thunberg has been a revelation. Hamilton lives in Edinburgh, and has attended protests outside the Scottish Parliaments on 57 separate occasions as part of Fridays for Future. Since the outbreak of coronavirus, Hamilton has been placed in strict self-isolation: a sufferer of chronic fatigue, catching the virus could have severe consequences. Instead of protesting outside parliament, Hamilton participated in his first digital strike earlier this month: “at first I felt a bit guilty,” he admits. “But after seeing so many other people taking part, and knowing I was following experts and doing the right thing, it felt really good.”

For 20-year-old Sachin Jacobs, living in Mumbai – where political unrest has meant that gatherings of more than four people on the streets can result in arrest – digital strikes can sometimes be the only option. Last year, Jacobs was detained for protesting against the government’s destruction of a forest in Mumbai. “That time we had to take it digital, and it actually helped,” Jacobs says. “We were able to connect with many activists throughout the world.”

Through FFFD, a group of young protesters subsequently organised to stand outside the Indian consulate in New York, imploring the Indian high commissioner to stop the destruction of the forest in Mumbai. “No priority is given to our forest and our environment by our government,” Jacobs says. “The international media don’t pay attention to what’s happening in the Global South, which is where digital strikes are helping.” 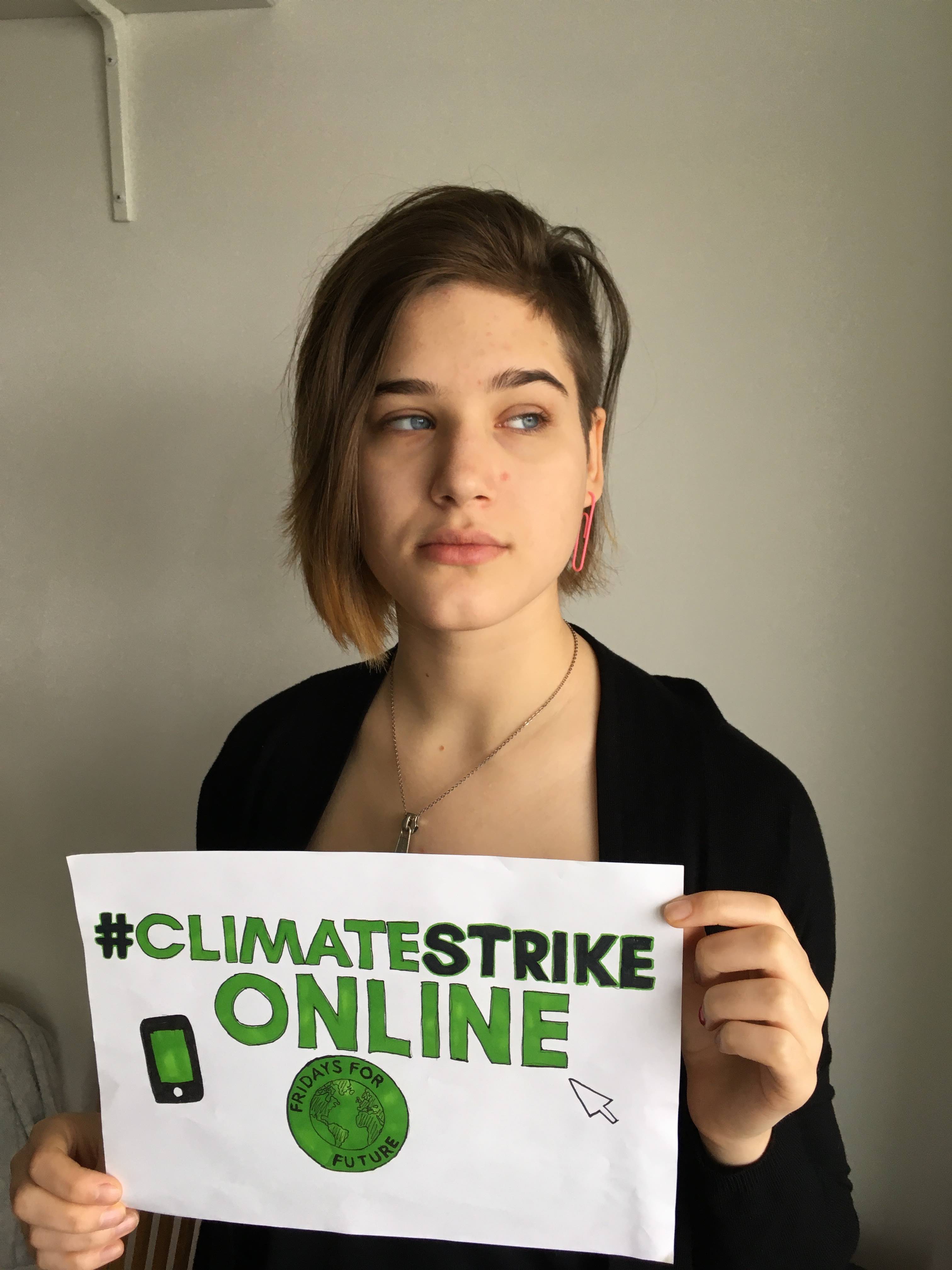 Isabelle Axelsson, an 18-year-old climate activist who has been striking outside Swedish Parliament virtually every Friday since December 2018, often alongside Thunberg, took part in her first digital strike last week. She shares Jacob’s sentiment about the importance of FFFD in enabling activists to organise internationally: “it’s really making the bonds of the movement stronger, across borders and continents,” she says. “Our communication is a lot better through talking to each other more.”

Still, Axelsson is eager to return to physical protesting as soon as she can. “It’s devastating we can’t all be out on the streets together,” she says. “With people posting all over the world, the impact can be huge – but it’s a different type of impact to physically striking. I fear that I would only be sharing my protest with the climate activist community, instead of politicians, or people unaware of the facts, who need to see it.”

For Zhan, upholding the momentum behind digital strikes beyond coronavirus is a “genuine concern.” She is adamant that both online and physical strikes are necessary forms of protest, saying that “they both have their unique powers”. Zhang and Zhan’s hope is to retain the swathes of people who’ve been attracted to the movement as a result of the virus, by continuing to strengthen FFFD’s international presence.

Whether the momentum for digital strikes will outlive coronavirus is yet to be seen. But it’s likely that the positive impact of activists organising on a global scale will positively transform climate activism in the long-term. “The movement will be able to grow in a different way to how it was before,” says Axelsson. “We can’t let something like the coronavirus end our movement. It’s just a part of life, and we’ll have to adapt to that.” 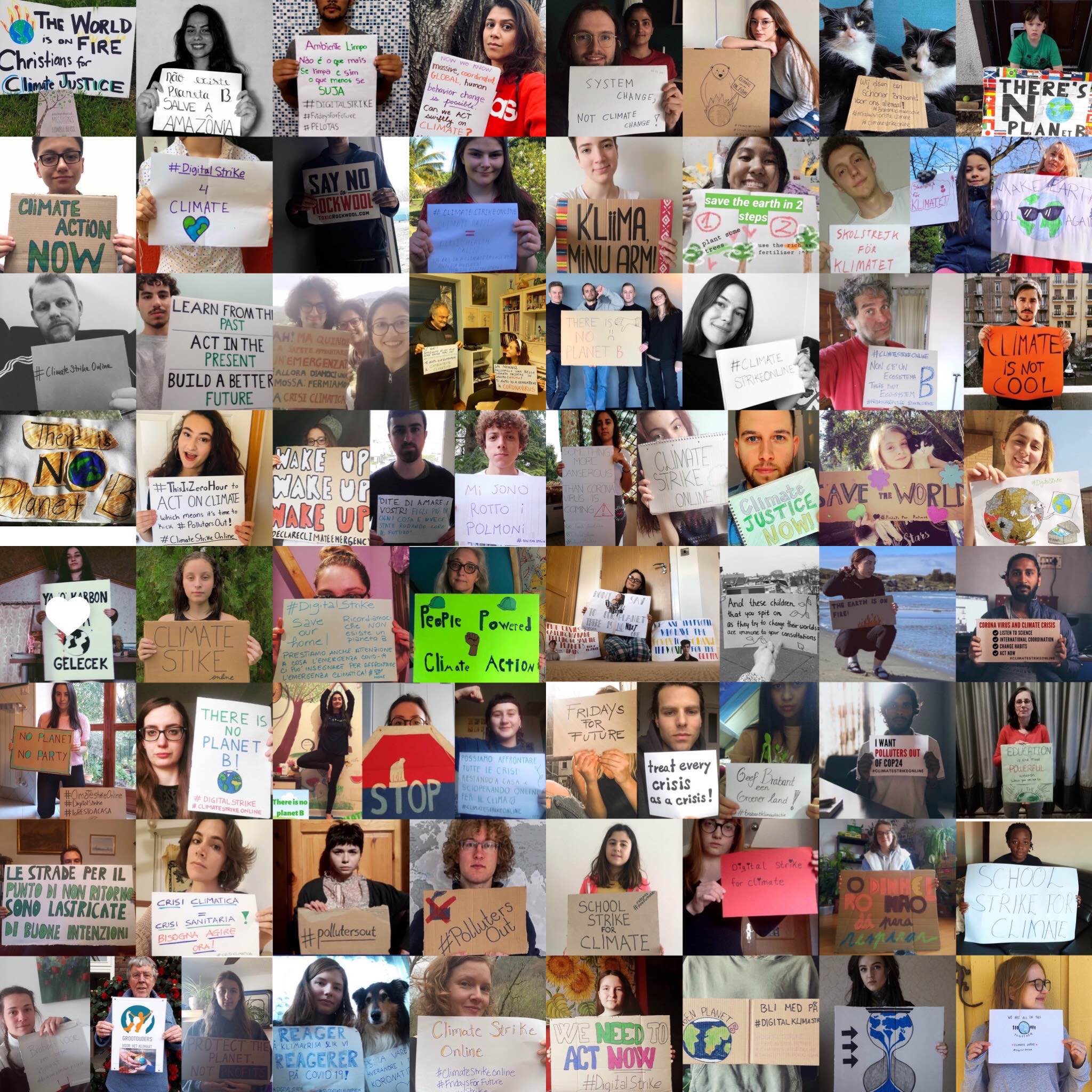 To find out more about the Digital Strikes, or if you want to be involved yourself, visit the official website.

Linkedin
RELATED ARTICLES
OTHER ARTICLES
Proposals to introduce a minimum GCSE threshold for student loans will disproportionately affect those from marginalised backgrounds.
Curator Antoine de Beaupré discusses his immense record collection and what it tells us about the intersection of music, photography, art, and commerce.
The last few years have seen an increase in LGBTQ-led initiatives to feed the hungry, with many finding ways to stay afloat despite the challenges.
In the wake of the decision by the supreme court to overturn Roe v Wade, thousands of protestors filled the streets to express their rage and anguish.
Freddie Miller’s new series of photographs investigates who today’s trainspotters are and what drives their unfettered enthusiasm.
In the latest instalment of Photographers in Conversation, the chronicler of raves, protests and beyond explains why he’s drawn to such specifically visceral environments.