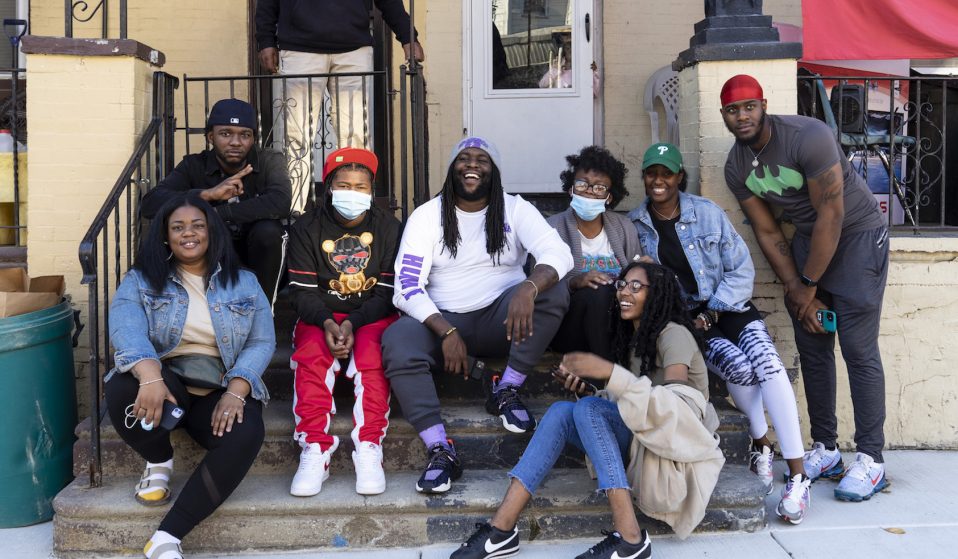 In Philadelphia, grassroots operations in communities of colour helped Biden secure the presidency. Now, they're determined to ensure the next four years bring real change.

In Philadelphia, grassroots operations in communities of colour helped Biden secure the presidency. Now, they're determined to ensure the next four years bring transformational change.

Philadelphia has packed more action into the last month than most cities manage in a decade. Eight days before election day, police in West Philadelphia shot and killed Walter Wallace Jr. – a young Black man in the midst of a mental health crisis. The outrage at his death sparked four days of protests and rioting; an intense backdrop to the presidential election and a reawakening of the anger that fuelled summer’s Black Lives Matter protests.

After polls closed, Philadelphia stayed in the headlines as Donald Trump and his allies fanned the flames of unrest by claiming – without evidence – that voter fraud was occurring on a mass scale there. A bomb threat was called in near the Convention Center where votes were being counted and two men driving a Hummer loaded with weapons, planning on “straightening things out” were intercepted by law enforcement. The National Guard was patrolling the streets.

Yet, months of hard work by young organisers from communities of colour, many working-class, had already sealed the outcome. When Pennsylvania finally declared its election result, it was clear that unprecedented youth participation, record voter registration and a strong get-out-the-vote push in diverse and progressive Philadelphia had played a decisive role in flipping this crucial swing state for Democratic presidential candidate Joe Biden and handing him the presidency.

But for the young organisers who helped Biden to victory, this is just the beginning of a struggle they hope will reshape Philadelphia – and the rest of America, too. Energised by their success and the power they’ve demonstrated, they’re determined to keep pushing for policies more progressive than Biden offered – such as Medicare for All, a $15-hour minimum wage, racial equality, defunding and reforming the police, and an end to mass incarceration – which they know will transform their own lives and neighbourhoods in Philly.

“We showed them the power of the grassroots to get out the vote,” explains Ryan Harris, CEO of As I Plant This Seed, a youth mentorship programme in Hunting Park in North Philadelphia. “Minorities carried the vote for the Democrats but they are failing Black people and they are failing the country – so I can’t celebrate this win too much.” 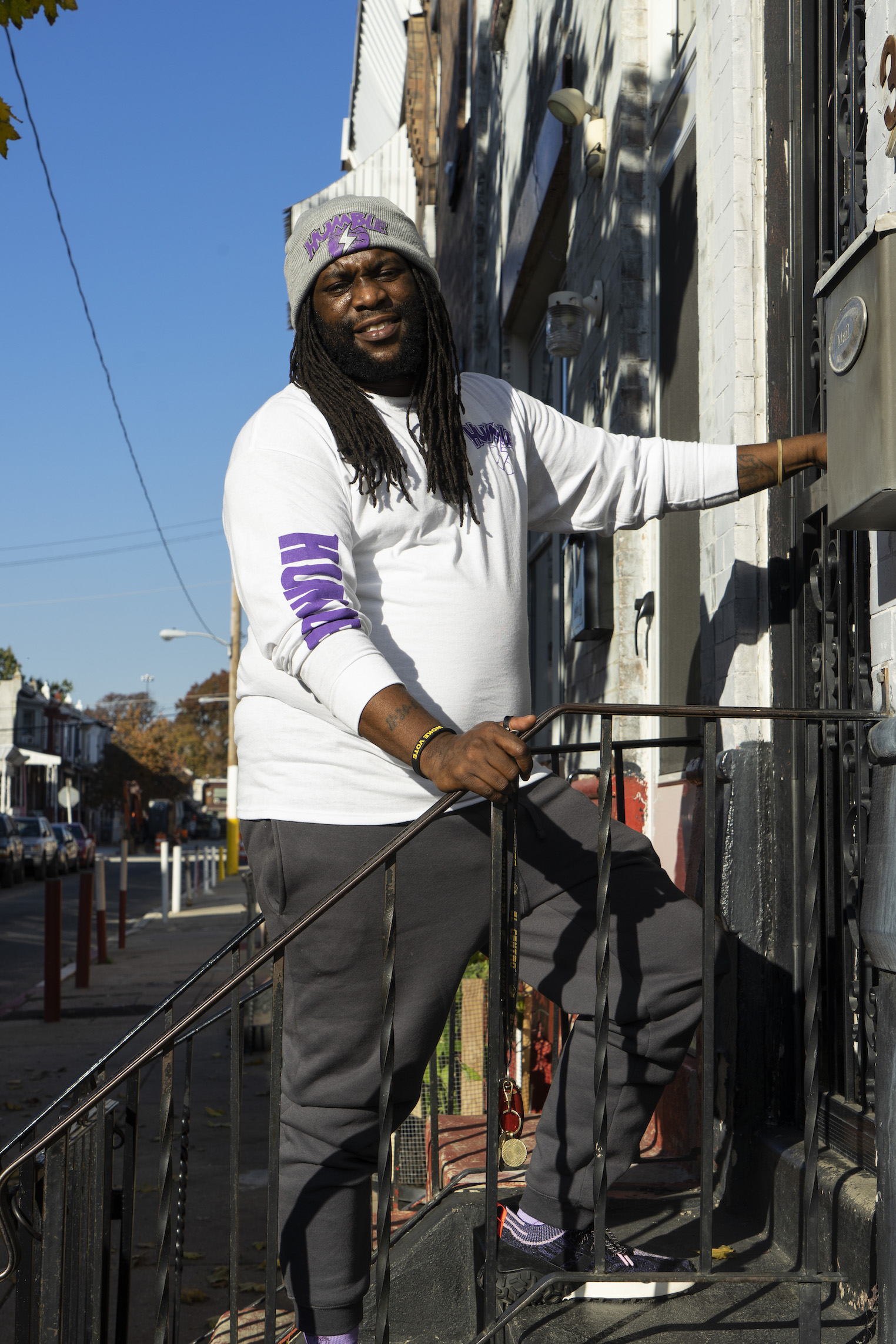 “This community needs support and it needs change, not just more empty promises. We have got to keep doing the hard work, right here, to address the challenges we face.”

Ryan founded As I Plant This Seed in 2012, a few blocks from his mother’s house, after graduating from Cheyney University of Pennsylvania – the first Black college in America and the place he acquired a powerful methodology of creating bottom-up change through teaching youth self-efficacy, financial literacy and entrepreneurship.

He has an irrepressible energy and total belief in the ability of his mentees to achieve greatness. “Outside, they have constantly got to be looking over their shoulders,” Ryan says. “But there’s nothing these kids can’t do – whether it’s filmmaking, rapping, art, poetry, whatever. These kids got so much talent.”

Two months ago, after a group conversation about politics and the election, they started a new project together, #ItsTheVoteForMe. They decided to use a mix of online and real-world actions to encourage people in the local community – which is about half Black, half Hispanic – to register to vote.

Nyjah, 17, and Kwadir, 21, two of the most hardworking participants, lead me outside to demonstrate how they did it. As we walk down 9th Street, they explain how they started canvassing their own area, with QR codes and voter registration forms, to ensure everyone, especially young people, were registered.

“This was the first block we went to and talked to everyone about voting,” Nyjah explains. “It was different coming from us, it was organic. A lot of people were really enthusiastic and so it just got bigger and bigger. We moved onto other streets and then other neighbourhoods having these conversations about politics.” 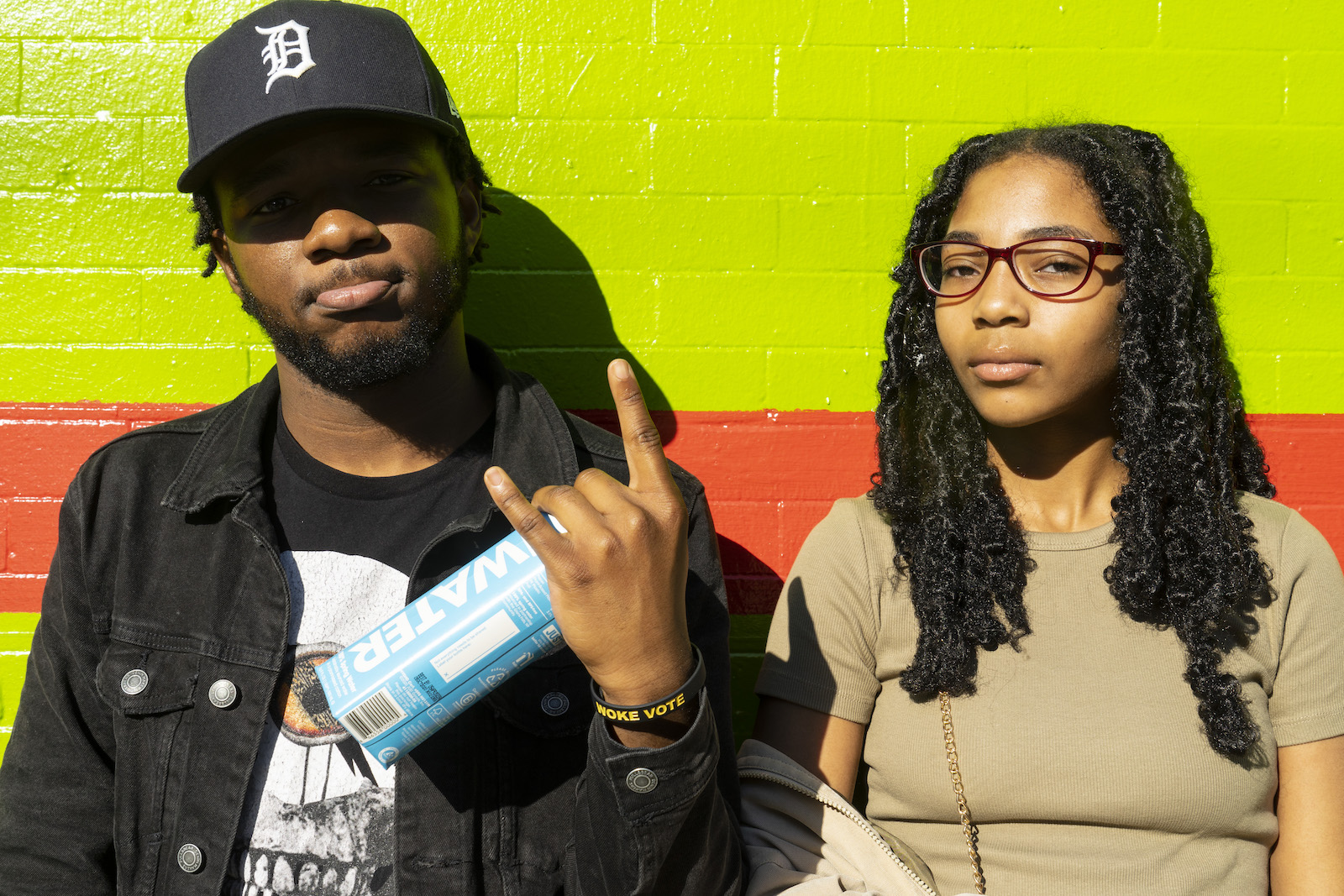 Inside Clark Park in West Philadelphia, I meet Aaron Davis, 22, a digital organiser with Pennsylvania Stands Up Institute. Aaron’s parents are Black and Jewish and he grew up in a majority-Black neighbourhood in Atlanta, Georgia. “I’m only here because of the infrastructure the left has built up over the last couple of years,” Aaron explains. “We’ve been having hundreds of thousands of conversations with voters about the real issues they care about: housing, healthcare, jobs, police violence and so on.”

A constellation of grassroots groups helped register just over 100,000 new voters in Philly alone – pushing the city’s count of registered voters to its highest in 35 years. In 2016, Trump won Pennsylvania by 44,292 votes. This time around, Biden claimed victory by a margin of less than one per cent, a lead of around 63,000 votes.

“Now the election is over, our work isn’t done – Pennsylvania Stands Up was organising here long before the election and we’re still here, we’re not going back to brunch,” Aaron says. “Democratic politicians come to Philadelphia and expect Black folk to vote for them – they’ve been doing that for decades. We made our voices heard and put you in office, so now you need to deliver on your responsibilities as our representative.” 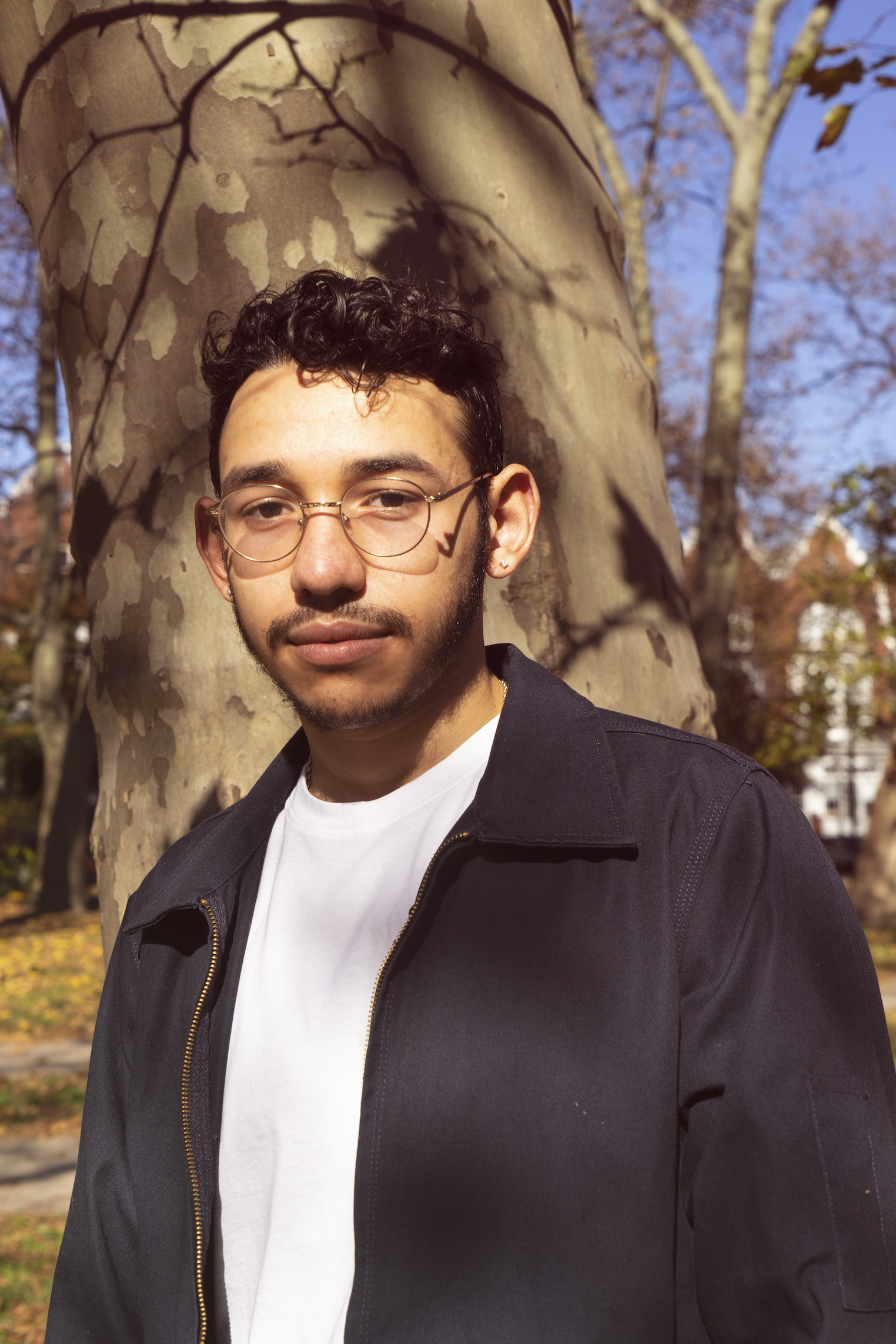 All of the young organisers I speak to in Philly were engaged long before the election in the issues that matter to them – and will keep pushing for action regardless of what happens in Harrisburg, the state capitol, or Washington. For Aaron, his politicisation came when his mother, a social worker, had a heart attack at the hospital where she worked. Despite being covered by the hospital’s own employee health insurance, she was still left with tens of thousands of dollars of medical debt.

“That’s when I realised that I need to fight against the systems we have in this country,” he explains. “Living in this country is brutal. What happened to my mom shows that you’re one accident away from your whole life plan being shattered. That’s how politics became real to me.”

Back in North Philly, Kwadir leads me towards ‘the corner.’ “This is where a lot of the neighbourhood drug dealing goes on,” he explains. “Somebody got shot out here the other day, ten times.”

Is that normal in this part of Philly? I ask. “It’s fairly normal for people involved in the lifestyle, I guess,” he replies.

Kwadir led the group in creating social media content which they shared throughout their networks, collectively amounting to hundreds of thousands of followers. In one video, each member takes it in turn to read a line: “Nobody gonna give us anything, we must fight. We the youth are in control, now is the time to stand up, our lives are at stake… This is not a request, this is a responsibility. Go vote!”

“I don’t really have faith in the person I voted for. Our values don’t align,” says Kwadir, adding that he chose “the lesser of two evils”. Still, Kwadir threw himself into the campaign, primarily because of his belief in defunding the police. 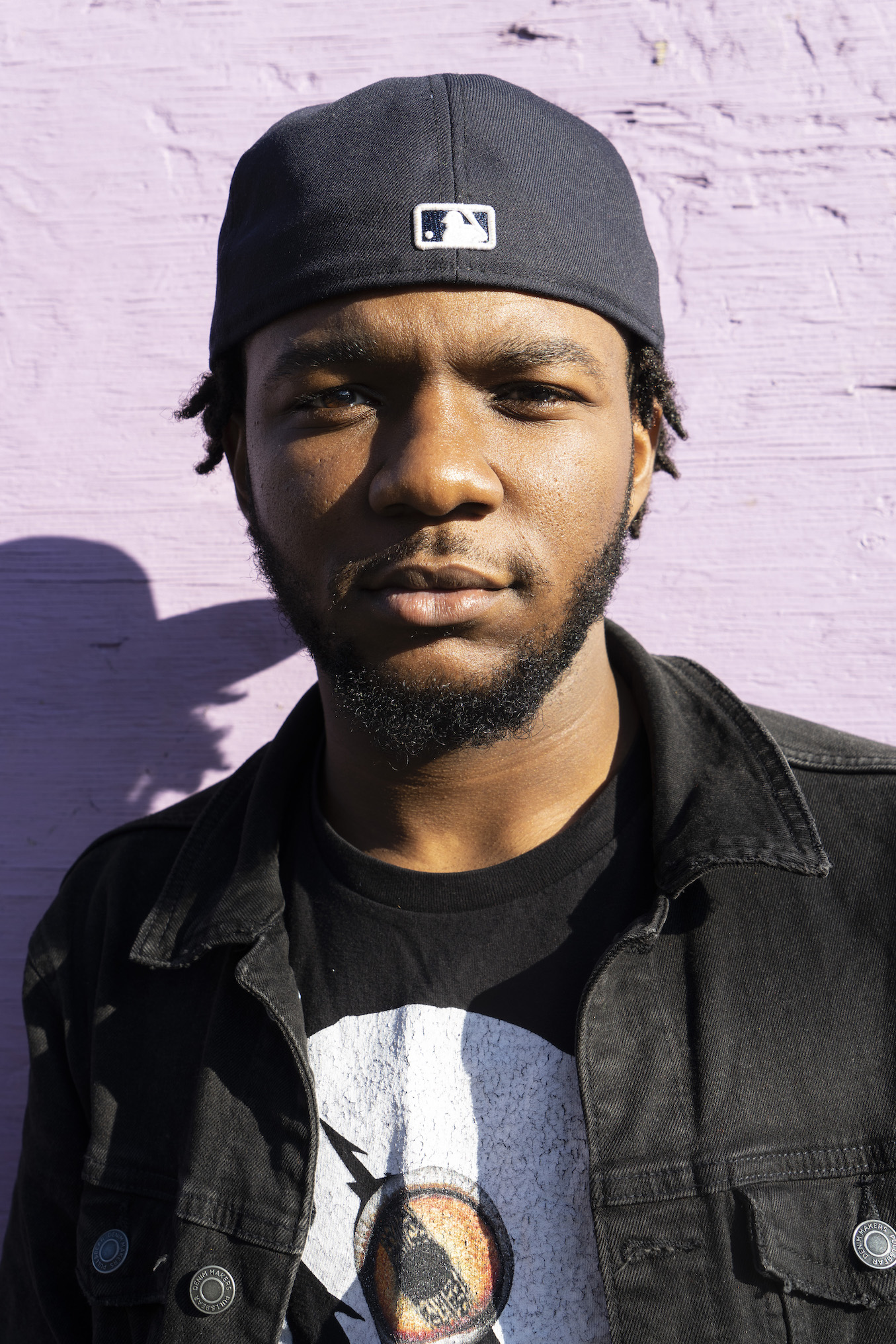 “I have had some terrible experiences with the police,” he explains. Recently, Kwadir had finished shooting a movie scene with friends in northeast Philadelphia and was chilling in his car. A cop car pulled up behind, ordered them to take the keys and put them on the roof. A total of six police cars eventually arrived, they were all handcuffed, searched and held until the sheriff appeared.

“Everything is usually OK in my world,” he says, his mellow demeanour slipping away. “But that was terrible… I was mad as hell for the rest of the day. I’m a good guy. I stay out the way but I know it’s not that hard for a person like me to get incarcerated.”

The Biden campaign offered little in the way of real answers or concrete policies to change lives for young people in working-class and communities of colour in Philadelphia. But these young organisers were active, energised and focused on making change long before the presidential race began.

Now they understand their strength, they’re putting every ounce of this newfound power to work in direct action and pressuring elected officials, to tackle the issues that matter to them – for the next four years and beyond. 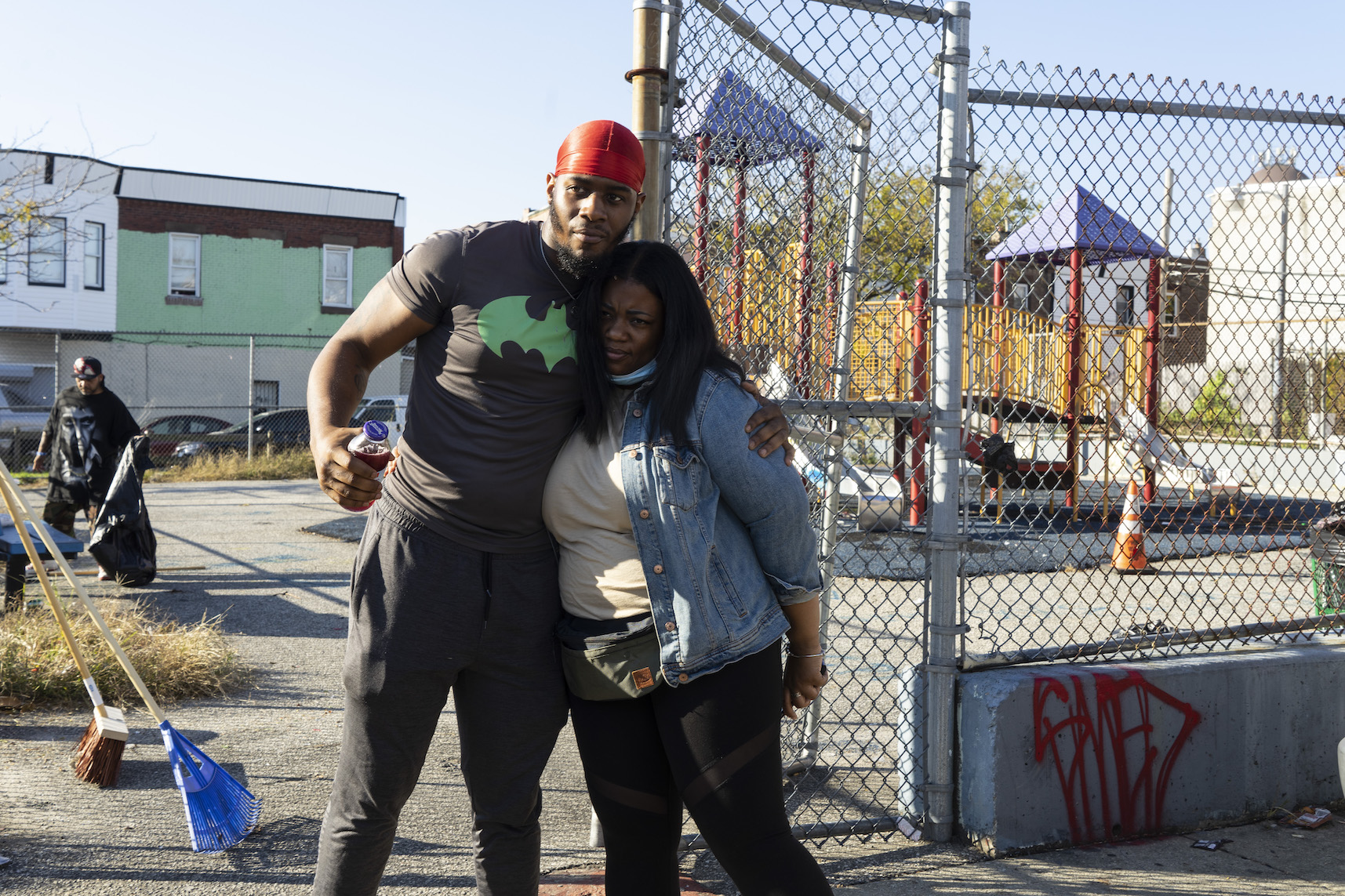 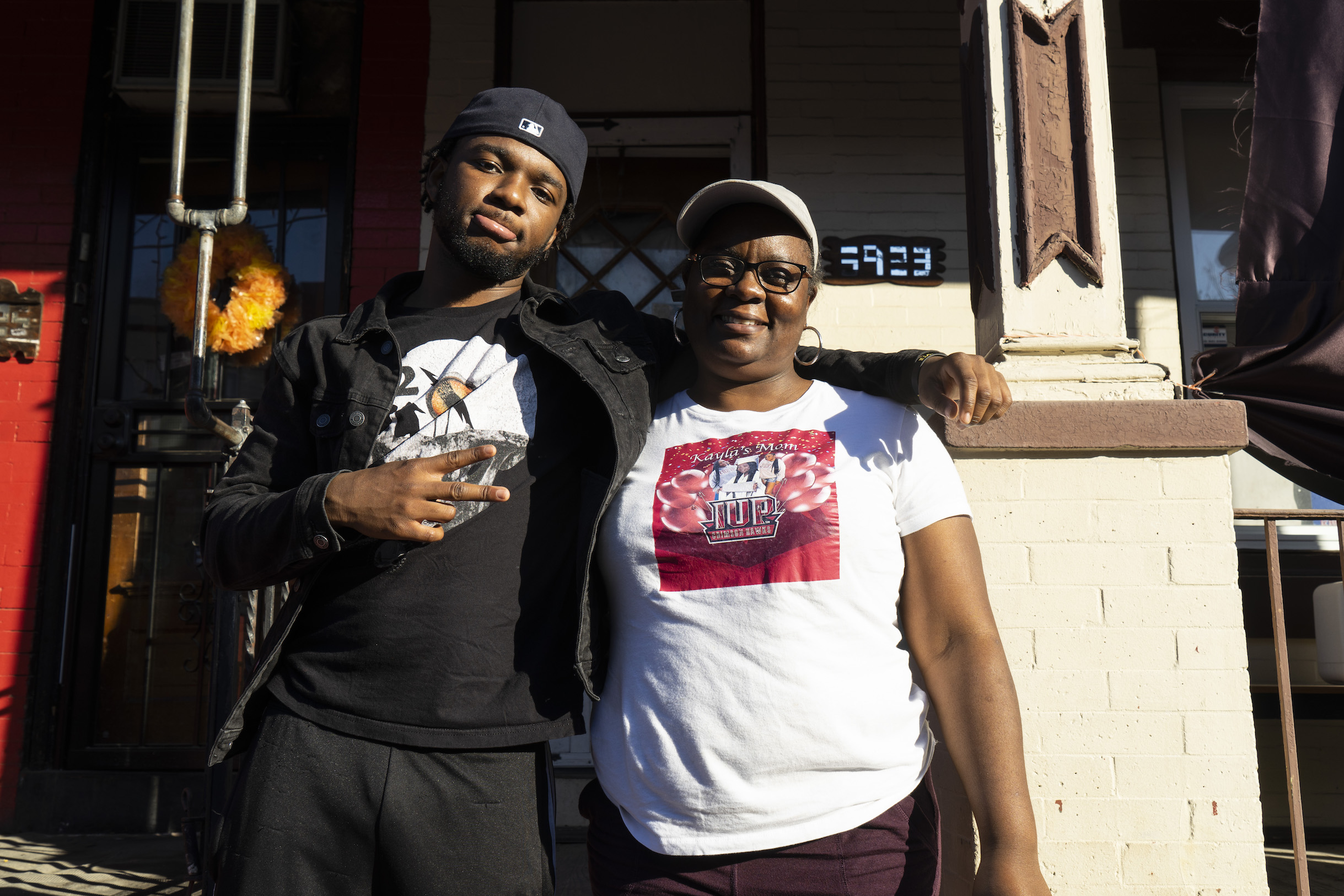 Kwadir and his mother, Ms. Donna

Linkedin
RELATED ARTICLES
OTHER ARTICLES
A recent High Court ruling against the right to wild camp in Dartmoor National Park sparked the largest land protest in history – and campaigners say their fight is not over yet.
AI companies that develop image-generators using copyrighted artwork from the internet are coming under fire from artists who say that it amounts to theft.
A new exhibitions brings together the work of photographers who documented the deep unrest of these pivotal decades.
After blocking the Scottish government’s gender recognition reform bill, Westminster is now devising further changes to the law to make it harder for trans people to self-identify.
A new podcast is opening up the conversation between trans women and trans amorous men in the hope of building coalitions.
Following the release of his debut single, Deyaz talks battling addiction, dealing with his struggles through music, and building a budding music career from his living room.