News & Politics / Activism / How the fight for the planet became whitewashed 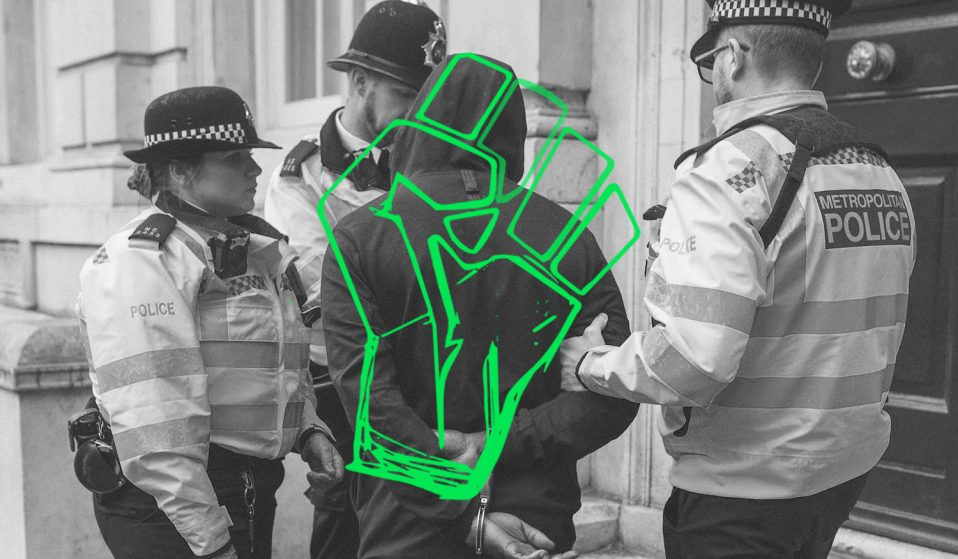 Shut down and cropped out: 17-year-old activist Athian Akec reflects on the systemic racism of the climate movement.

Shut down and cropped out: 17-year-old activist Athian Akec reflects on the systemic racism of the climate movement.

However, when the shot was shared by the Press Association later that day, she noticed that she had been mysteriously cropped out. As the only black activist in the image, the optics didn’t look good. “I was cropped out of this photo!” she tweeted, as the photo began circulating social media. “Why?”

For activists of colour, like myself, this barely felt like news. Despite the climate crisis posing grave risks to people of colour all across the world, the media’s coverage of the issue largely excludes us. In the Global South, 10.7 million people across Ethiopia, Somalia and Kenya are facing starvation due to low rainfall. In Britain, most air pollution deaths happen in the most ethnically diverse communities. And yet the portrait of the contemporary climate activist that’s commonly circulated tends to be the same: white, middle class and privileged. In Nakate’s words: why?

I come out the strongest. Thank you everyone for the support pic.twitter.com/OiCyW6oQjj

The last year has seen an explosion of climate activism, with groups like Extinction Rebellion (XR) leading thousands onto the streets, looking to affect change through radical direct action. The predominantly white group, whose main campaign strategy revolves around activists participating in non-violent demonstrations with the aim of getting arrested, have come under sharp criticism from those who claim their tactics erase or limit the ability of activists of colour to participate.

Fehinti Balogun is an XR activist who participated in the groups “uprisings” in April and October of last year. “Participating in climate activism can be difficult,” he tells me. “Especially when you have certain hours to work, not to mention the risks of arrest for people of colour. Getting arrested requires a certain level of privilege.”

In October of last year, XR came under widespread criticism for an action targeting the tube at Canning Town station in East London. The area – just a few stops away from the city’s Canary Wharf business district – is predominantly populated by working class communities of colour. “People from certain privileged backgrounds may not fully realise how some actions can be perceived,” Balogun says.

Isabella Wolday-Myers, a student at the University of Manchester, has taken part in several Global Climate school strikes. For her, the idea of having to get arrested to be involved puts her off joining XR’s uprisings. “[being arrested] in the course of protesting would have grave consequences for my future career opportunities, particularly as a person of colour,” she says. “Especially as I’m hoping to one day enter politics, and become an MP.”

Wolday brings up the cropping of Vanessa Nakate as indicative of a wider issue. “Activists like Nakate are making significant inroads when it comes to showing the world how the climate crisis is affecting Africa right now, particularly in terms of worsening drought and flooding,” she says. “Her removal from the Press Association picture is a reflection of the heartbreaking systemic exclusion of black and brown voices from the media’s coverage of climate change.”

Amber Joy, from Toronto but based in London, runs EcoDye: a small business which teaches people how to break away from fast fashion by extending the life of their clothes using natural dyes made from food waste. According to a Pulse of Fashion report in 2015, the fashion industry was responsible for 1,715 million tons of CO2 emissions that year. Food waste, a largely ignored contributor to climate change, results in eight per cent of carbon emissions.

Clearly fast fashion is killing the planet, and Joy’s work has a role in ending this. However, she argues that much of the sustainability industry is being taken over and repurposed. “The word ‘sustainability’ has been hijacked by white social media influencers, who are sponsored by global corporations that have created the majority of issues environmental activists are fighting to solve,” she says. Now, most major fast fashion brands advertise “sustainable” ranges, but environmental damage and the violation of workers in the Global South rights still persists.

For Joy, this lack of diversity – even in her own workshops – means that there are few sustainability spaces where she would feel comfortable inviting her friends. However, the entrepreneur is driven by “inspiration from other black peers in the sustainability industry”, and a “responsibility to future generations”. One of her missions, she stresses, is to make a “low waste lifestyle as accessible as possible.”

According to Fehinti, the only way to increase accessibility is to share as much information as possible with the groups who are most at risk. “People need to know more about how preventing the climate crisis is linked with social justice,” he says, adding that groups like XR need to realise they must do more to “support groups who face barriers to participation”.

Wolday agrees, and says that groups like XR must take into consideration “how the fight to prevent ecological collapse is connected to other issues, like income inequality and homelessness”.

They also need to begin a process of recognising their privilege, and reprioritising the voices who are heard. “The climate movement must show how the climate will impact us all universally, as well as how the issue intersects with others,” adds Wolday, finally.

Linkedin
RELATED ARTICLES
OTHER ARTICLES
Photographer Sean Maung reflects on documenting a small town in Pennsylvania afflicted by high levels of unemployment, poverty, violence, crime, and addiction.
A new law change is enabling Britain’s donor-conceived children to know the truth about their origins – but campaigners say the fertility industry must do more to protect people.
A group of aid workers face prison for helping to save people fleeing their homes at sea. If they are charged, it will have a chilling effect on humanitarian efforts.
David 'Dee' Delgado’s photo project is about honouring and uplifting the city of his youth, and a world rapidly disappearing under the relentless onslaught of gentrification.
After fleeing the war in Ukraine, people are finding it impossible to secure affordable and decent housing in the UK.
After a two-year hiatus and a new album, the Nigerian artist is riding high. Now, he wants to bring his alternative, genre-bending sound to the world.