News & Politics / Activism / How the Moomins became an anti-fascist symbol 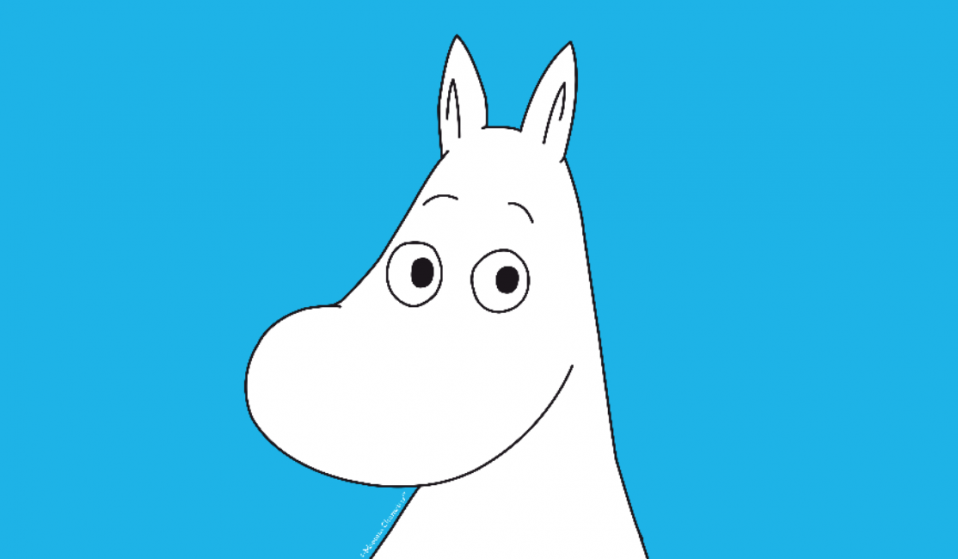 The Moomins have long stood for social justice thanks to the progressive ideals of its queer creator.

More than just a cult cartoon series for children, the Moomins have long stood for social justice thanks to the progressive ideals of its queer creator.

For a few months now, a surprising cast of characters has turned up on protest stickers scattered across Europe. Pictured alongside the words “Better run Nazi scum” you might find a family of Moomins – the white, hippo-like creatures created by Swedish-speaking Finnish author and artist Tove Jansson – clutching weapons and ready for action. It might seem like an unlikely pairing but, despite their cuddly demeanour and association with cosy children’s literature, Moomins have served as an anti-fascist symbol for three quarters of a century.

In 1929, 15-year-old Jansson began work at the satirical Finnish magazine Garm, where she started to draw small, rounded trolls that were a prototype for her most famous creations. Named ‘Snorks’ at the time, these characters often appeared in her caricatures that ridiculed political figures from the 1930s – sometimes they were almost hidden beside Jansson’s signature, while other times they were actively participating in the scene.

In her later life, Jansson reflected on the joy of being “swinish” towards Hitler in her brave, anti-fascist cartoons. “The illustrations Tove made for Garm were a vital outlet for her feelings of aggression, and her own fears,” writes Tuula Karjalainen in her book Tove Jansson: Work and Love. “Tove’s immediate circle was very politically active, and this in turn gave her the courage to challenge public opinion and be resistant to caution born of fear.”

In 1944, after Garm closed, Jansson’s first book about the Moomins was published in Finland. The Moomins and the Great Flood reveals that the trolls once lived behind the back of stoves but, due to the advent of central heating, they were forced to migrate and set up their new home in what became Moominvalley. Jansson’s decision to make the family environmental refugees reflected the author’s anxieties during the destructive Second World War, while also giving the Moomin family a deep respect for nature.

“The Moomin books were written before the general awareness of the climate crisis,” says Björn Sundmark, professor of literature at Malmö University, who teaches courses on children’s literature. “However, the books and comics frequently show natural disasters threatening the idyll, like the tsunamis in The Moomins and the Great Flood and in Moominsummer Madness, or the comet that threatens all life in Comet in Moominland… So, indirectly, the stories relate the Moomins’ (and our) dependence on nature, and our vulnerability.”

In Jansson’s works, unconditional kindness towards others is the antidote to this uncertain and often frightening world. “Solidarity, friendship and family are the keys to the ‘Moominverse’,” says Sundmark. “If a fellow creature – even someone they don’t know – knocks on the door of their house, they will welcome it, provide for it, maybe even make more furniture or build an extra room.”

“It’s a heightened sense of solidarity that blends seamlessly into friendliness and friendship,” Sundmark continues. “No one is too odd or scary to not be tolerated. Even the Groke – the cold and friendless ‘anti-Moomin’ – is eventually thawed up”.

Lars, an 18-year-old from Devon who enjoys creating art inspired by Moomin characters, was drawn to this message in the Moomin world. “Mooninvalley is such a safe, loving place that everyone is invited to. They are never judged by appearance or background – they are only judged on actions,” he says. “I am a bisexual, trans male and when I was a child, I always knew I was different, but the Moomins showed me that it wasn’t a weird or wrong difference. I and so many other gay, trans, and autistic kids felt an acceptance through reading and watching these stories.”

The themes of acceptance are also shaped by Jansson’s own romantic life: she had relationships with both men and women at a time when same-sex relationships were illegal in Finland, and there are queer motifs present throughout her work. Although Moominmama and Moominpapa occupy very traditional gender roles, several other characters reject expectations, choosing to dress, act and love in a way that is true to themselves.

Jansson’s biographer and friend Boel Westin says that the characters Thingumy and Bob, who carry a mysterious suitcase and walk hand-in-hand and talk together in a secret language, represent the author and Vivica Bandler – a female theatre director who Jansson had an affair with. In the later Moomin books, an androgynous character named Too-Ticky offers advice to Moomintroll and accompanies him on several adventures. She was inspired by Jansson’s later female partner, the engraver and artist Tuulikki Pietilä, who was a source of support and practical wisdom during their 45-year-long relationship.

Because everyone is accepted in Moominvalley, money doesn’t matter to most characters – the inhabitants give food and items to each other whenever they require them. Echoing Karl Marx’s “From each according to his ability, to each according to his needs”, this philosophy has made Moomins popular with leftists who see an alternative society depicted in the canon, where people help each other rather than try to profit off them.

“Moominvalley feels like an antithesis to capitalism,” says Atlas, a 19-year-old fan of the Moomins from Northland, New Zealand. “There’s no ruling class, no working class, everyone is just drinking raspberry juice and vibing. You don’t have to work yourself to the grave to make strangers rich – that is the norm to us but, to the inhabitants of Moominvalley, it’s an unheard-of concept that they would find horrifying.”

In the 1950s, the Walt Disney Company offered to buy the rights to the Moomins, but Jansson declined, instead choosing to retain creative control, which gave her the freedom to compose works for humanitarian groups. In the 1980s, the Moomins appeared on a poster for Amnesty International, calling for the release of prisoners of conscience. Jansson also drew Moomin illustrations for the Red Cross, and put characters from the universe on a postcard for UNICEF.

The anonymous creator of the “Better run Nazi scum” Moomin stickers, who posts their work on Instagram as @ett_klibbkonto, grew up in Sweden where Tove Jansson’s characters were a constant presence. “Like the majority of Swedish kids, I grew up with my parents reading me Moomin books and watching the movies,” they explain. “Today Moomins remind me of childhood, and I still go around humming the opening track. I have a lot of comrades that also love Moomins, and it’s fun to make stickers that make people happy.”

The Moomins are the ideal image for @ett_klibbkonto’s protest stickers because they highlight the fact that even the most gentle of people should not stand for fascism. “I chose the Moomins for the sticker because it’s a well-known image that would catch people’s attention,” they explain. “It’s a good mix of something ‘confrontational’ with them being armed, and with their general folksy and familiar presence in just being Moomins.”

They are not alone in employing these familiar characters to convey messages of social justice and liberation today. The immense popularity of the ‘90s anime series, Moomin, and the current CGI series, Moominvalley, has nurtured a strong contemporary fanbase who see their own views reflected in the characters’ values. The Instagram hashtag #moomins brings up thousands of pieces of fan art, with many depicting the characters holding pride flags or signs with slogans like “Be gay, do crime” or “Fight fascism”. In 2019, the fandom was delighted to see Rage Against The Machine’s Tom Morello wearing a t-shirt depicting Moomintroll waving an anti-fascist flag.

In an increasingly right-wing society, where hate crime is on the rise and sinister government policies are eroding social welfare, the Moomins’ anti-fascist values are as important now as they were 75 years ago, when they first appeared in the pages of Garm. “I don’t know if Moomintroll himself is a communist like me, but I do know that Tove Jansson who wrote them was an anti-Nazist,” says @ett_klibbkonto. “And I believe that the entire Moominvalley is too.”

Linkedin
RELATED ARTICLES
OTHER ARTICLES
In his 2008 series, the photographer pictured himself as Angela Davis, Martin Luther King Jr., Malcolm X, and other prominent figures.
With skyrocketing rents, packed out viewings, bidding wars and more, renting in London has never been harder.
Cindy Campbell recounts how her brother ushered in a new era of musical culture at a party she held in the Bronx in ‘70s.
Birdy Chu reflects on documenting the historic moment in which the territory was formally passed back from the UK to China.
Following the announcement of an 80% hike in the energy price cap from 1st October, crowds gathered outside the offices of energy regulator Ofgem to protest and declare their intention to undertake a payment strike.
Sean Maung’s photos are a love letter to the Black and brown communities that make up New York.