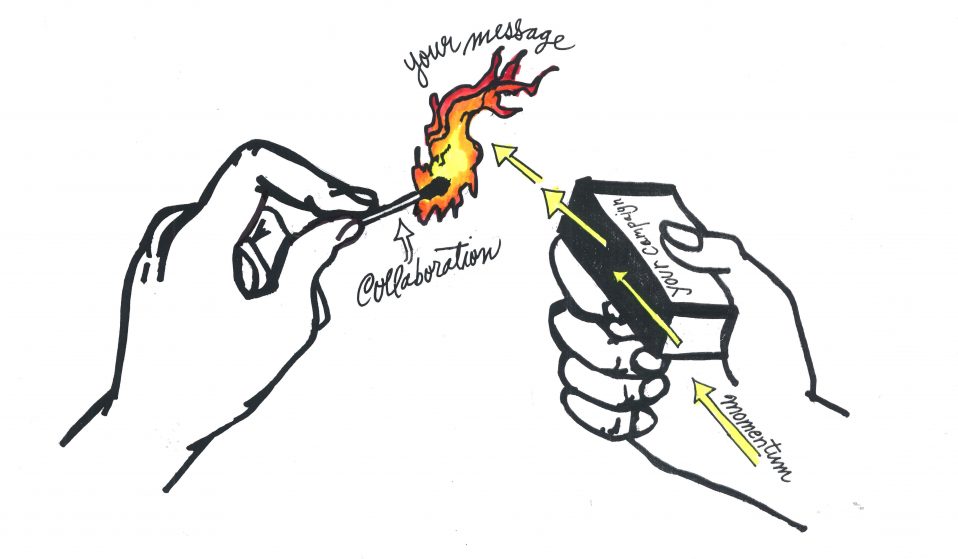 Watch the news, collaborate, and choose your battles: lifelong women’s rights campaigner Heenali Patel shares the lessons she has learned so far.

Watch the news, collaborate, and choose your battles: lifelong women’s rights campaigner Heenali Patel shares the lessons she has learned so far.

“As a nation we need to radically rethink the way we look at gender,” states Heenali Patel, lifelong women’s rights campaigner and communication manager at the Fawcett Society. Formerly known as the ‘Women’s Suffrage Society’ of 1907, the Fawcett Society captures the feminist zeitgeist of the suffragette era, when its namesake Millicent Fawcett tenaciously fought for women’s right to vote.

“The underlying principle we want to tackle is the root causes of gender inequality,” Heenali continues. “We need feminist allies of varying ethnicities in different levels of government. Beyond the gender pay gap, we need to place value on women’s contribution as caregivers at home and reassess gender roles. We need to tackle stereotypes and question why children are being bullied for not conforming to them.”

Campaigning is the nexus of the Fawcett Society. With it, they’ve achieved concrete successes including the Sex Discrimination (Amendment) Act in 2002, and the removal of harmful employment tribunal fees blocking women’s access to justice. They’ve also lobbied for the government to provide funding for Northern Irish women to have access to NHS abortions in England. One of their most impactful campaigns, the ‘Sex Discrimination Law Review’, called for the Government to protect women from digital abuse.

Needless to say, the Fawcett Society are campaigning pros, with Heenali Patel at the centre point. She’s responsible for translating critical research reports into pivotal messages for their campaigns to run with. We caught up with her to get tips on building a prosperous and effective campaign.

Learn everything you can about the issue

Know the issue you’re campaigning about. What is the problem? How does it manifest? Locate foolproof data evidence to support it. Have some notion of what the solution looks like, be it changes in law or increased awareness:  “We have are a 3000 member strong organisation, and every year we run a survey asking them about the issues they’re most concerned about. We’ll hone in on those results mapping out what we know, determine the gaps that need filling and research until we have the necessary data.”

Collaborate with as many people as you can

It takes two flints to make a fire. Reaching out to other like-minded organisations enables your message to travel quicker throughout your network and be further reinforced: “We exist within many coalitions, including the Centenary Action group – a coalition of women’s organisations. Sam Smethers, our chief executive, started a petition calling for a lifetime ban of any candidate who incites violence, formed off the back of Jess Phillips being threatened with a rape joke by UKIP candidate Carl Benjamin. We partnered with Action Aid and its currently having widespread impact.”

Make sure your messaging is clear

A really clear strong message around your campaign is the catalyst that’ll see it catapult into the public sphere: “If you’re taking it to social media, be bold with it and set up a petition or platform that people can support. Give them actions for them to engage with, like writing to their local MP. They are your representatives that can incite change on your behalf.”

Assess where your energies would be most productive and run with it, otherwise you risk being overwhelmed: “Nowadays social media encourages you to react straight away to things but that can be extremely exhausting for people and you can get really burnt out and depressed. Realise when it’s a hostile space to step away from. Don’t engage with trolls either, you won’t get anywhere by launching into a conversation – they’ll just continue coming at you.”

Relate your agenda to what’s happening in the wider world, to keep it relevant and at the forefront on people’s minds: “Keep in view why you are doing the campaign. Often ours can take years before we see meaningful change, which can be frustrating when trying to change the law. Stay focused and realised it’s a long game.”

Likewise, make whatever impact you can in your immediate circles: “Talk about it in conversation. Sexism is so ingrained in our society that people are afraid to speak up, so are effectively co-signing it. Fawcett have local groups where like-minded feminists set up panel discussions. If you’re not ready to begin building your own then pick a local campaign, our membership fees are as small as £12 and you can be involved in the critical work we’re doing.”

Learn more about the Fawcett Society on their official website.

Linkedin
RELATED ARTICLES
OTHER ARTICLES
Financial turmoil is pushing people who work in the sex industry into more dangerous and desperate situations as a means of survival.
Thousands attended the annual event this year to wheelie through the city and call for ‘knives down, bikes up’.
A group of young Palestinians have found temporary freedom in the act of parkour, reimagining wreckage and ruins as a series of high-octane playgrounds.
As the Scottish government announces a rent freeze, an activist with Living Rent who fought and won shares how they did it, and what must come next.
By turning a real-life crisis into daytime television fodder, TV bosses have once again shown themselves to be completely out of touch with audiences.
The two-day long event returned to London this year, showcasing a spectacular parade, steel bands and Caribbean food.