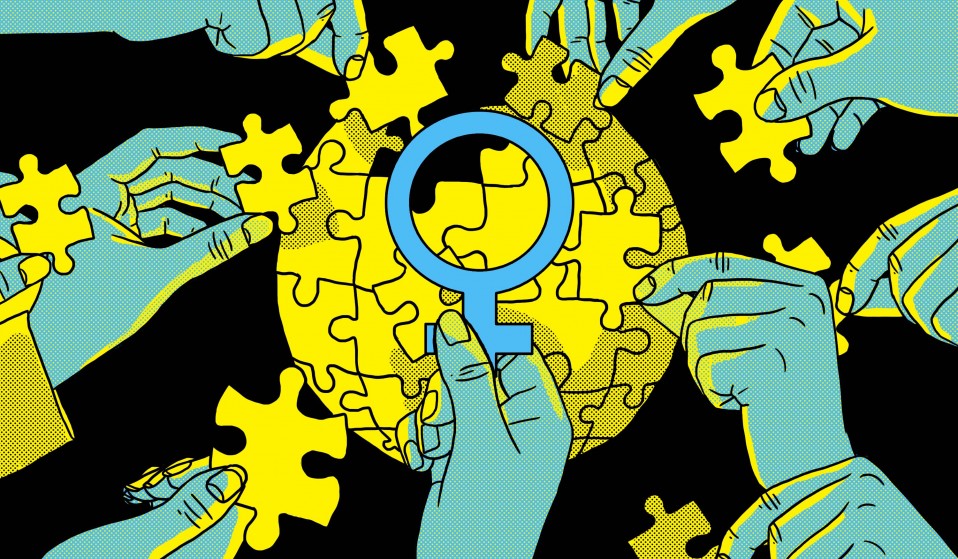 The Art+Feminism collective organise large-scale edit-a-thons to take on the underrepresentation of women artists online.

The Art+Feminism collective organise collective edit-a-thons to take on the underrepresentation of women artists online.

If Wikipedia is the encyclopaedia by and of the people, it should strike us all as strange that only 10% of all its contributors identify as female (according to a 2011 survey by the Wikimedia foundation). According to New York-based collective Art + Feminism, this has led to significant gaps in content, and the collective are keen to fill in the gaps.

This group, created in 2014, has been working hard to fix the underrepresentation issue, mostly through their annual “edit-a-thons”; all-day events involving the communal updating of Wikipedia entries on subjects related to art and feminism. Their objective? To encourage female editorship and generate coverage of feminism and the arts.

Before the US government started promoting “alternative facts” – and before fake news possibly influenced elections –, this was already necessary, argue Jacqueline Mabey, Michael Mandiberg, and Siân Evans, co-founders of the Art+Feminism collective. “Wikipedia is something that belongs to all of us. It’s not a privately held resource, its content isn’t motivated by the whims of any owners. When you have a government actively pushing ‘alternative facts,’ improving the reliability and completeness of Wikipedia is an important act of everyday resistance,” they say.

An edit-a-thon can be as small as five people and as big as 600, explains Mabey. Art + Feminism started in 2014 after these friends, all with backgrounds in the arts, teaching, activism, and information, realised they’d all been frustrated by the problem separately. “We never expect to be doing this,” says Mandiberg. “We figured we’d have to strong-arm 20 of our friends to do what we were thinking might be perceived as homework; but as soon as we posted it publicly, we had several locations that had hosted other edit-a-thons contact us to host sister events.”

The project has grown exponentially ever since, doubling every year, thanks in part to word of mouth and to funding from organisations like the Wikimedia Foundation. Since then, more than 4,600 articles have been edited in more than 280 events worldwide, held annually around International Women’s Day.

“If our goal is to make of Wikipedia more of the encyclopaedia that it could be, not like the encyclopaedias that have been, what do we need to do to do that?,” asks Mandiberg. Accessibility seems to be one of their priorities. The edit-a-thons have a big didactic component – in fact, if you’ve never edited a Wikipedia article before, this is perfect for you. The first thing attendees are asked to do is as simple as signing up for Wikipedia, and then they go straight to training sessions. “We have experienced Wikipaedians – some of whom were totally new a few years ago – jump in and show people how to do things.”

On your first edit-a-thon, you will be expected to make “baby steps” like correcting the grammar on a page, or adding a few links. “It all builds towards the main goal for participants, which is to add a citation or two. If they have added a paragraph or two by the end of the day, that’s even better.” The organisers also encourage people to edit articles that have “specific meaning” to the part of the world in which they live, to their job or their interests.

Information activism is perhaps even more important when we’re facts are ever increasingly being thrown by the wayside. “While we don’t have any specific plans to address Trump’s presidency and policies, we do see our project as particularly vital at this point in history. Affirming the importance of the work of women and other marginalised communities is pivotal,” says Siân Evans, who works as a librarian day to day.

“I’m not an archivist, although I think the power dynamics in archiving and the narratives that get collectively told are fascinating. […] I see my work with Art+Feminism as an extension of my role as a librarian: to advocate for broad access to information, to challenge power structures and shed light on structural racism and sexism in information production and organisation, to empower people to see themselves as information users and creators,” she adds.

This year, the main event at New York’s MoMA will include conversations about information activism with writer Joanne McNeil and Data & Society Research Institute Fellow Zara Rahman, moderated by Kimberly Drew, the creator of the Tumblr Black Contemporary Art.

Find out about other events happening around the world here. In the UK, Wikimedia UK organise year-round events around the country – find out more here.

Linkedin
RELATED ARTICLES
OTHER ARTICLES
At his West Bank restaurant, Fadi Kattan established himself as the voice of modern Palestinian cuisine. Now, he’s bringing his innovative, bold flavours to the UK’s capital.
Tristan O’Neill’s shots of dancers caught in moments of reverie at the height of rave’s golden age are a testament to the UK’s legendary club culture.
Activists and campaigners are fighting back against new laws that would seriously undermine the ability to take industrial action, calling it an attack on fundamental workers' rights.
Filmmaker Laura Poitras discusses her new documentary which traces the remarkable life of the artist-activist and the impact of her battle against the US opioid crisis.
AI companies that develop image-generators using copyrighted artwork from the internet are coming under fire from artists who say that it amounts to theft.
As she gears up for the release of her first book, the 24-year-old climate activist talks standing up to authority and building a more inclusive movement.