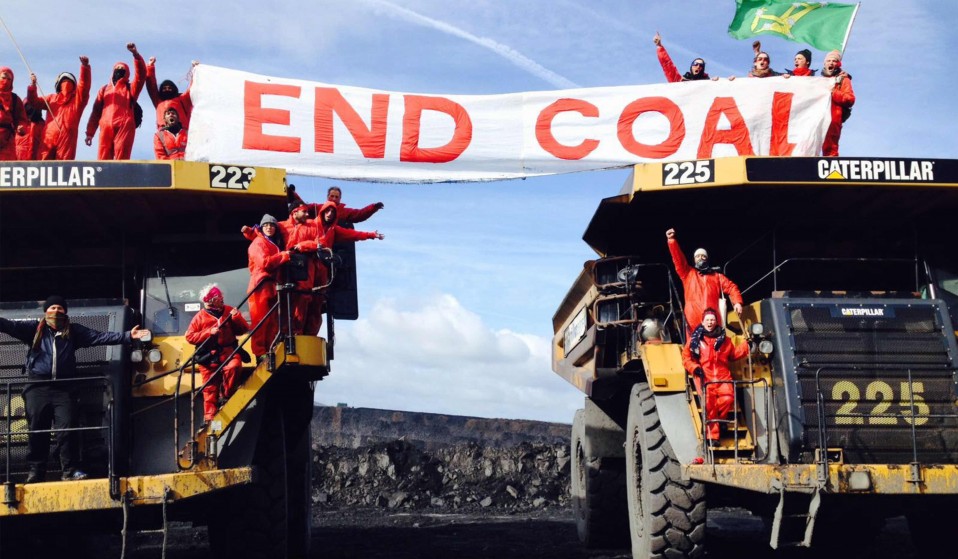 Reclaim the Power halt work at Ffos-y-fran mine in south Wales to pressure for a post-carbon future.

Reclaim the Power halt work at Ffos-y-fran mine in south Wales to pressure for a post-carbon future.

As giant inflatable “cobblestones”, red boiler suits and umbrellas spread out across the enormous Ffos-y-fran coal mine in south Wales this morning, it was clear today wouldn’t be business as usual.

Hundreds of activists from Reclaim the Power took this imaginative direct action to shut down the the UK’s largest opencast coal mine. Coal fired power plants are the biggest source of man made CO2 emissions around the world, making coal energy the single greatest threat facing our climate.The mass civil trespass began at 5.30am and halted all mining work, making it the largest ever action in a UK opencast mine.

“Today we’ve shut down the UK’s largest coal mine because we must keep fossil fuels in the ground to stop catastrophic climate change,” said Reclaim the Power’s Hannah Smith, who is on site now at the action. “Continuing to dig up coal is a red line for the climate that we won’t allow governments and corporations to cross. We are taking action in solidarity with the local community who have been battling Ffos-y-fran for nearly a decade, and now face the threat of a new mine next door.” 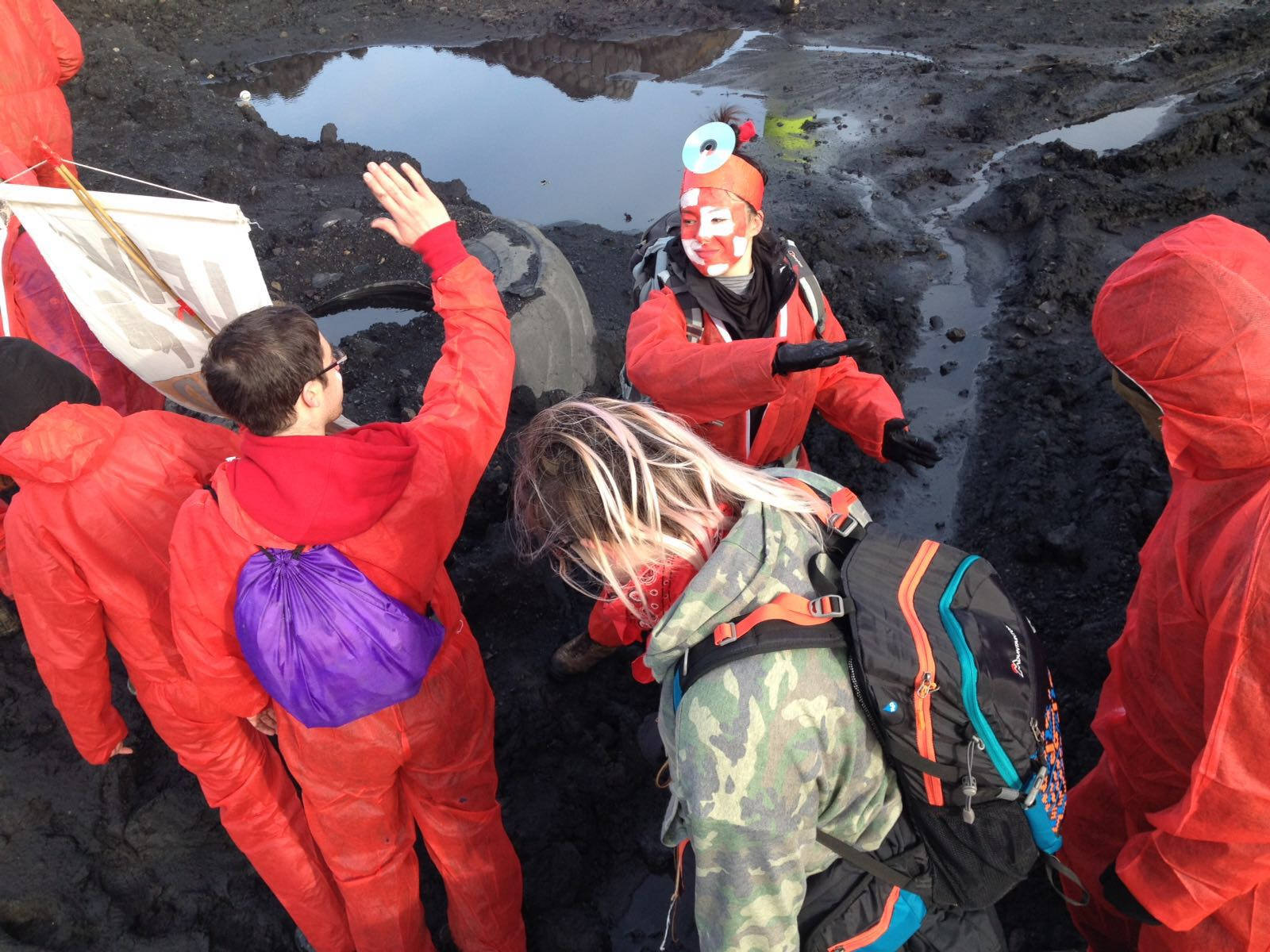 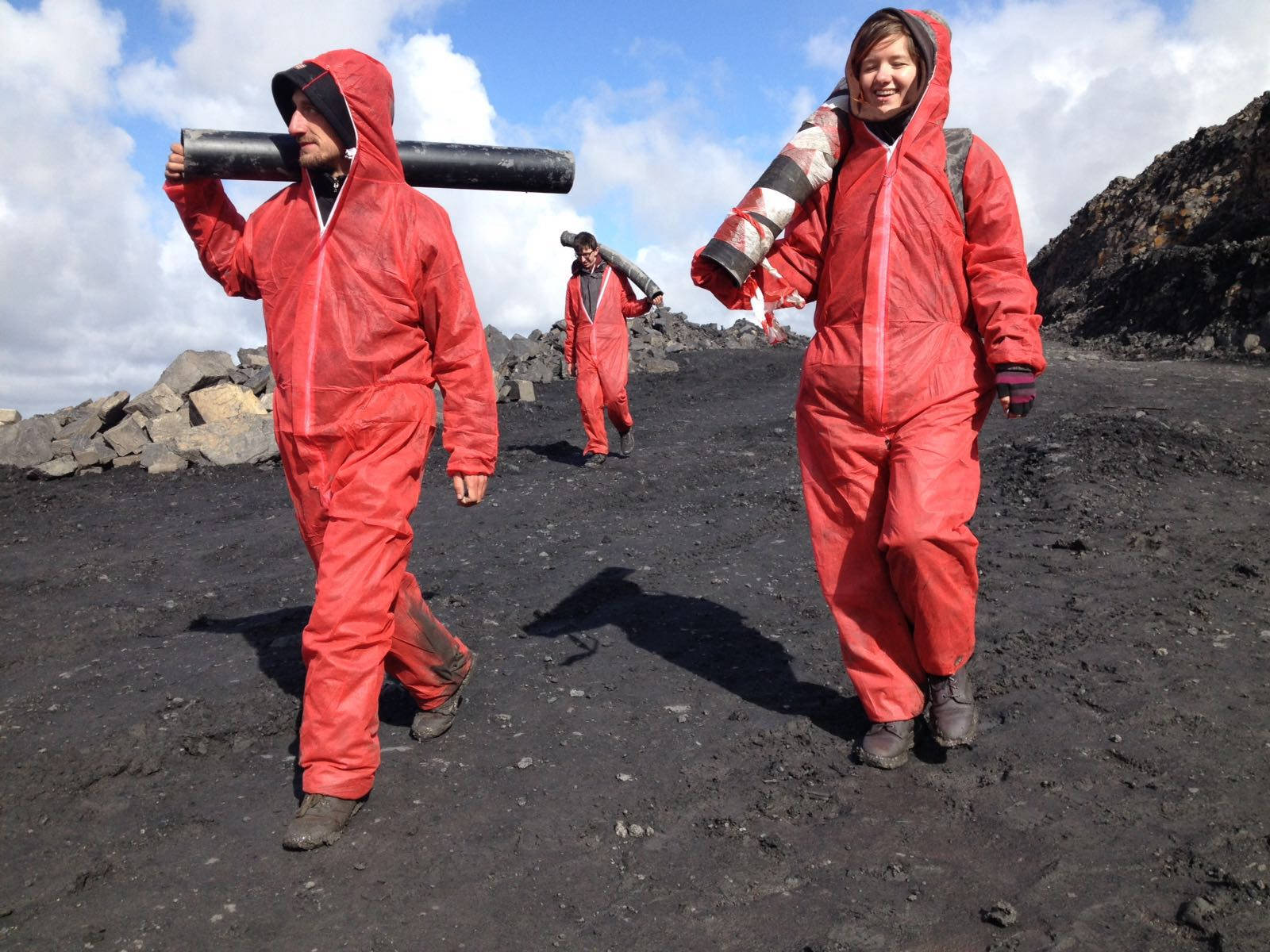 Activists have used their bodies to form a massive red line across the mine and nine people, including an 80-year-old from Penarth and members of Christian Climate Action, are locked to each other, blocking road access to the mine. The shutdown is in support of other local anti-fossil fuel campaigns, such as United Valleys Action Group’s long-standing local campaign against a proposed mine at Nant Llesg.

The action has sprung from an ‘End Coal Now’ camp which has taken place over the last four days on common land near Ffos-y-fran. Reclaim the Power have organised events with residents, unions, councillors and Assembly candidates to highlight the potential for thousands of sustainable jobs in clean energy industries, rather than the opencast mining that has devastated the local area. 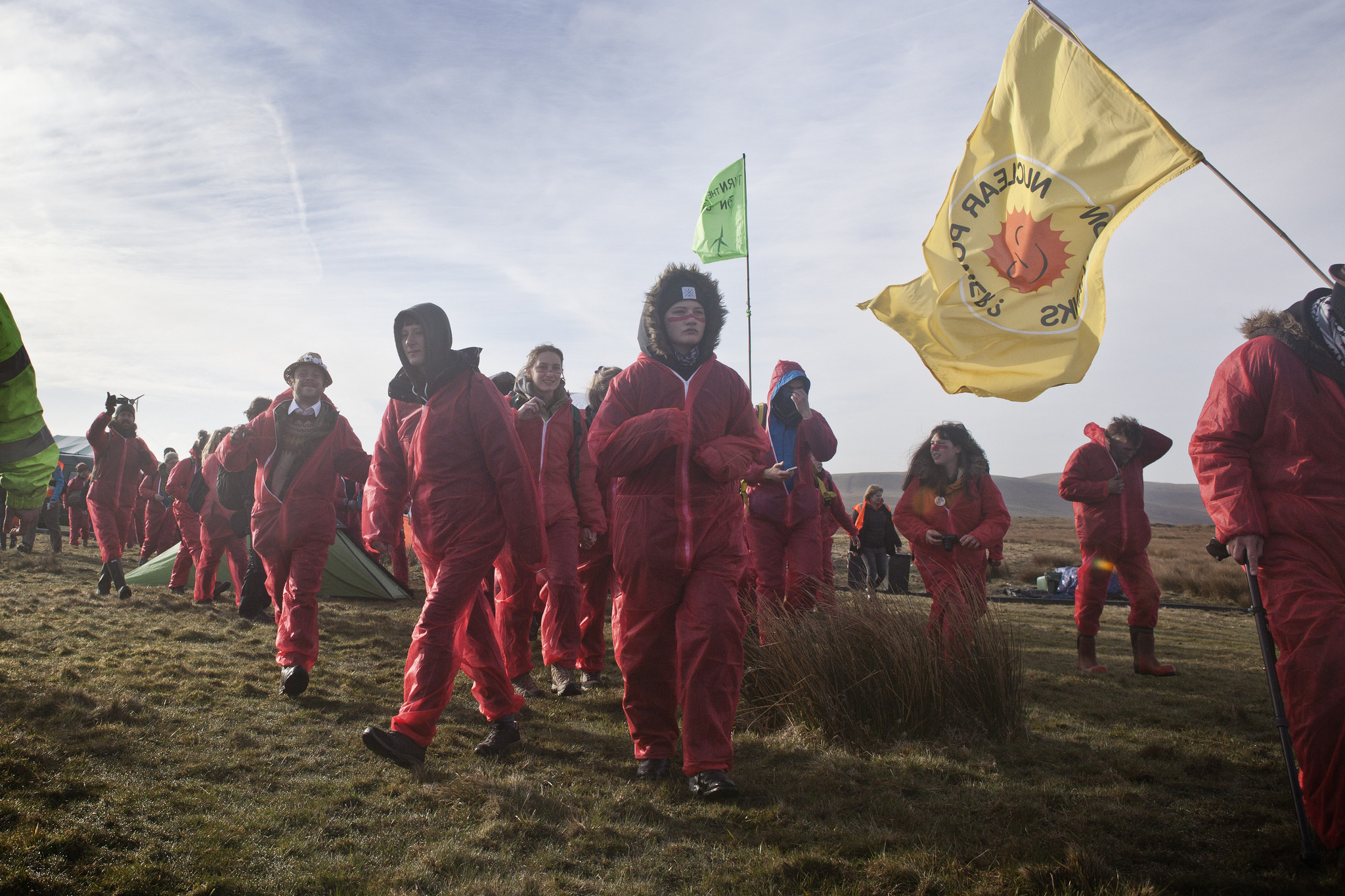 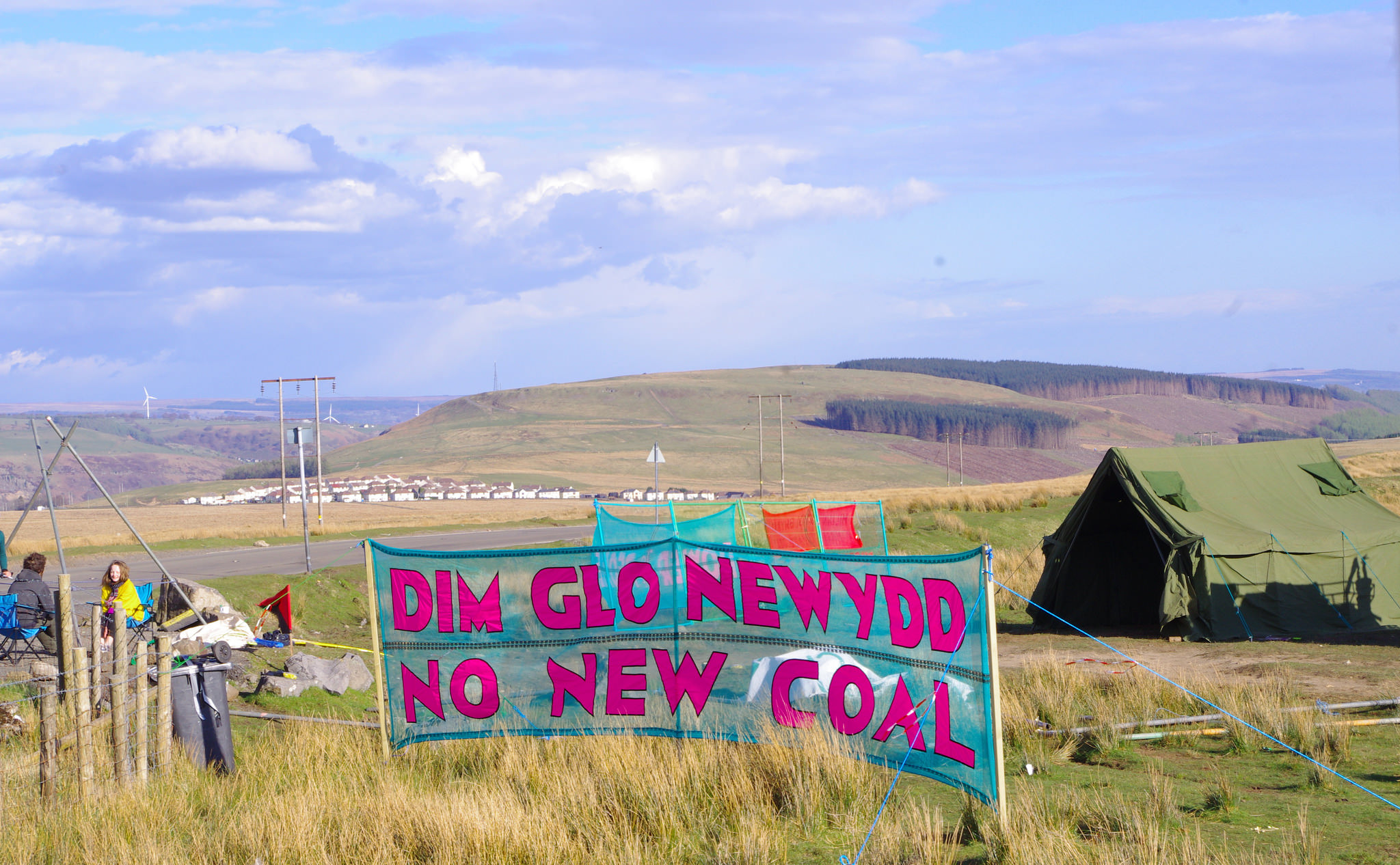 Following the adoption of the Paris climate agreement to reduce climate change worldwide, this action marks the first in global wave of direct action supporting a transition away from fossil fuels. Kicking off in 13 countries over the next two weeks, the coordinated series of actions will target some of the most dangerous and high profile fossil fuel projects.

Linkedin
RELATED ARTICLES
OTHER ARTICLES
Rhiannon Adam spent three months capturing an ageing society wracked by division, isolation, and the aftermath of scandal.
In his 2008 series, the photographer pictured himself as Angela Davis, Martin Luther King Jr., Malcolm X, and other prominent figures.
A group of young Palestinians have found temporary freedom in the act of parkour, reimagining wreckage and ruins as a series of high-octane playgrounds.
The workforce is now gearing up for industrial action after receiving a measly pay rise, reports Ella Glover.
For over a decade, gamblers have won big by employing people to place live bets from the court. But does this dubious method still work?
Yesterday thousands gathered outside Buckingham Palace after news of the Queen’s death broke.