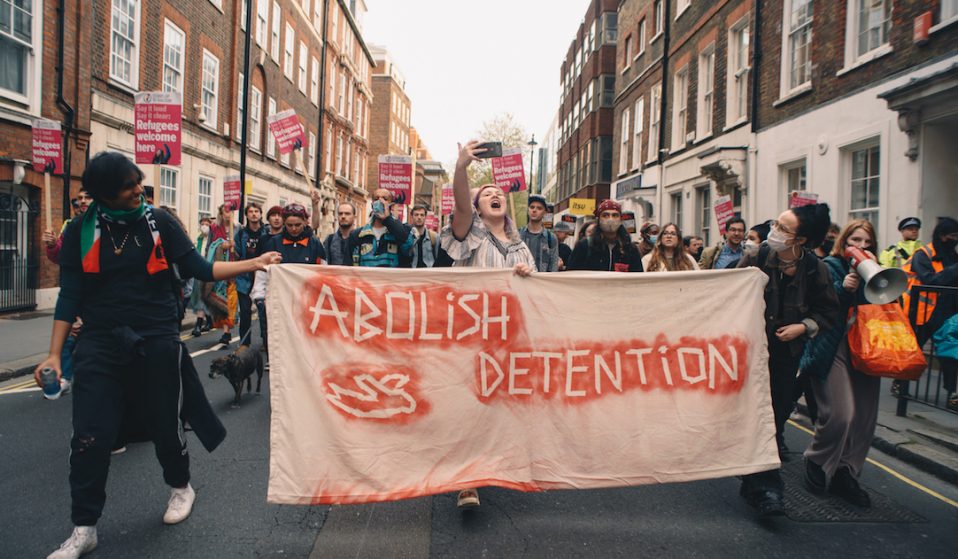 The government’s brand new immigration deal has sparked outrage from across the political spectrum.

The government’s brand new immigration deal has sparked outrage from across the political spectrum, with many branding it as cruel and inhumane.

Last week the government announced plans to offshore asylum claims to Rwanda in a brand new immigration deal. The deal, which was announced by Prime Minister Boris Johnson as Home Secretary Priti Patel was in the Rwandan capital Kigali, would see those who reach the UK via channel crossings taken to a processing centre in Yorkshire before being relocated to Rwanda.

The deal was immediately met with outrage and anger from across the political spectrum. Many have referred to it as cruel and inhumane. The Archbishop of Canterbury has referred to it as “ungodly”. Critics of the plan have pointed out the failed iteration of a similar plan signed by Israel and Rwanda, and the widespread misery, pain and horror caused by Australia’s offshoring scheme (one holding site was forced to shut down following widespread allegations of neglect, mistreatment and human rights abuses).

In protest of the plans, hundreds gathered outside the Home Office last Thursday. The crowd heard speeches from those who work in migrants rights organisations, politicians including Nadia Whittome MP, Labour member for Nottingham East, and those at the sharpest edges of the Hostile Environment. After the finishing of speeches, crowds marched through the streets of Westminster to Downing Street and on to Trafalgar Square.

Photographer Aiyush Pachnanda was there to capture the action. 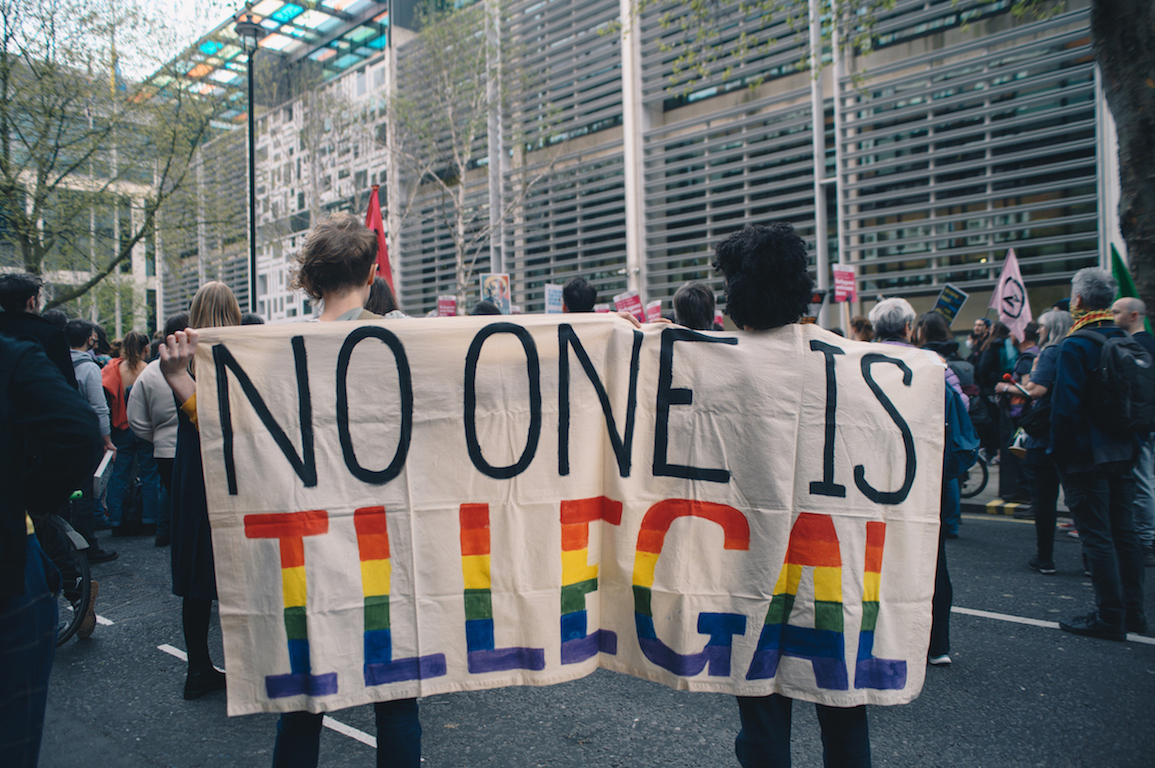 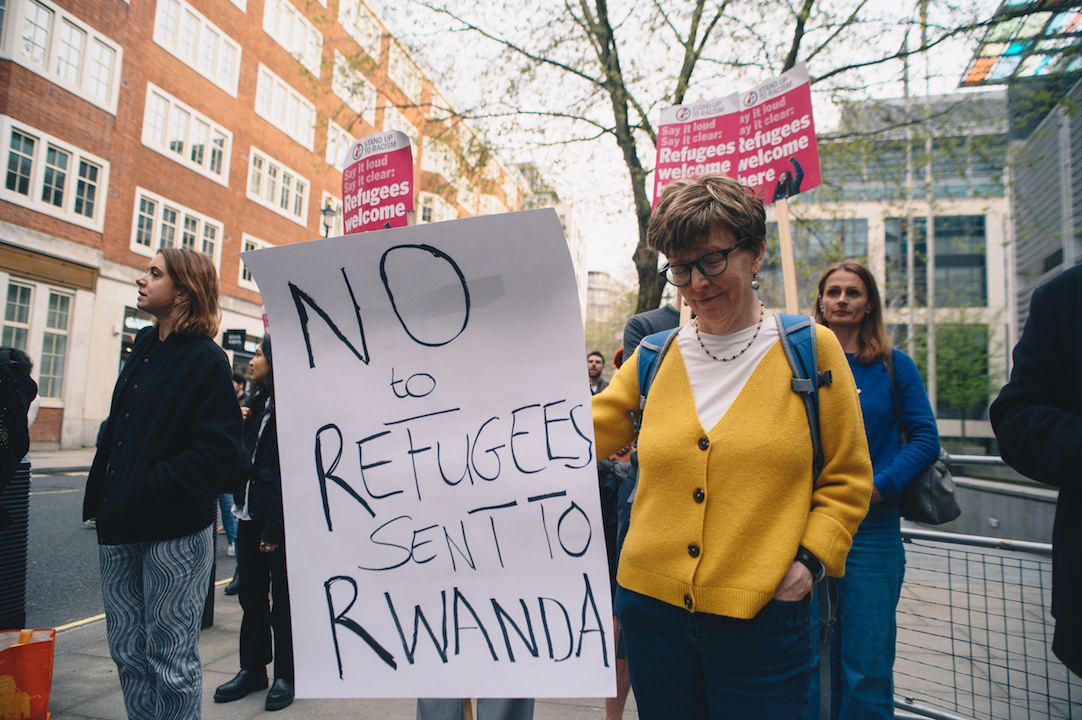 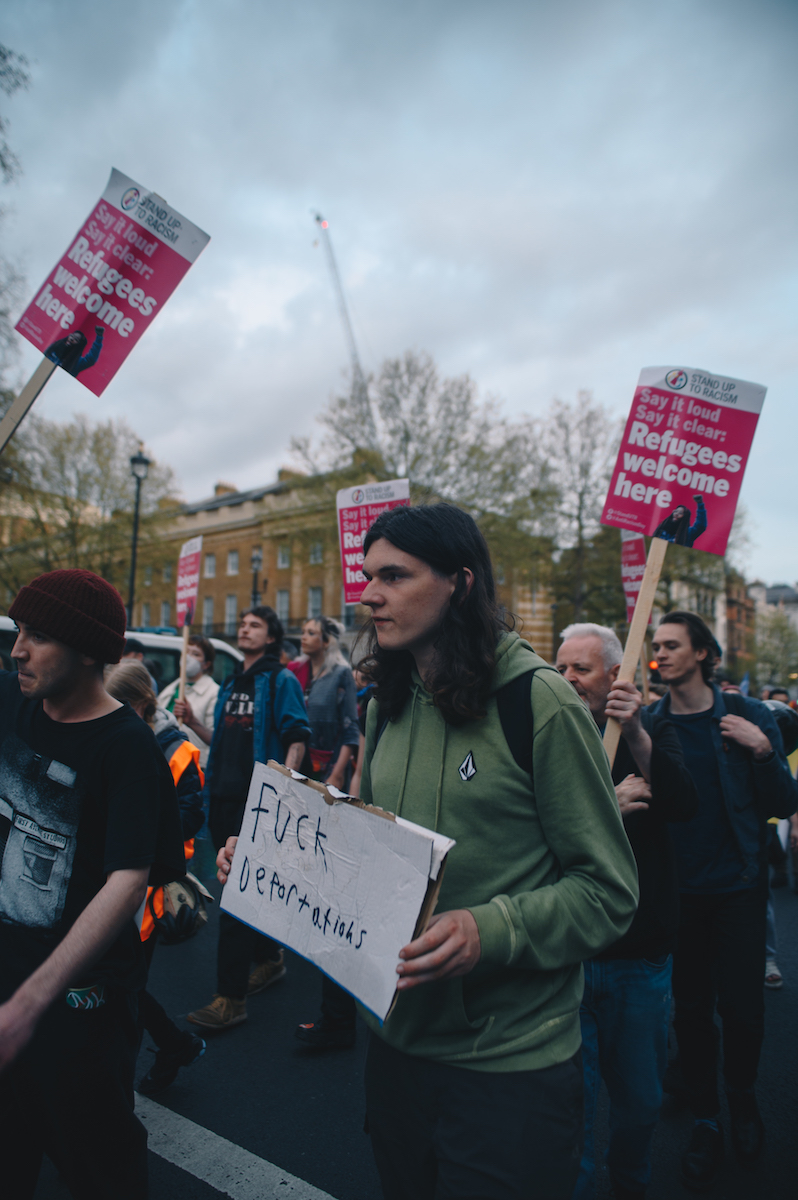 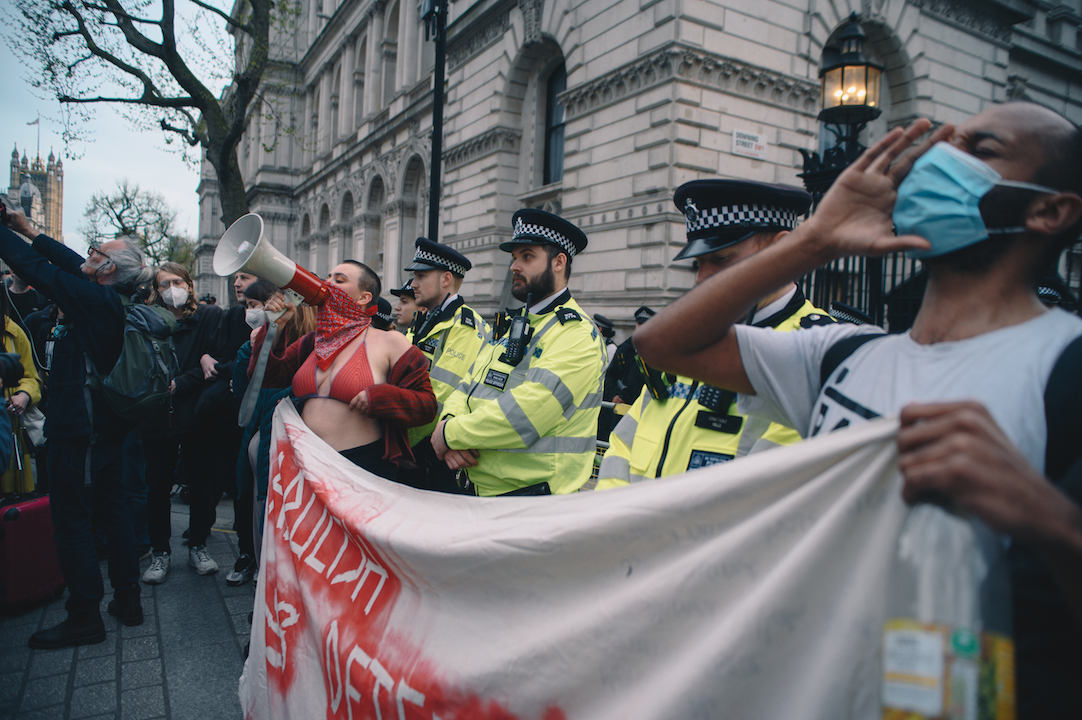 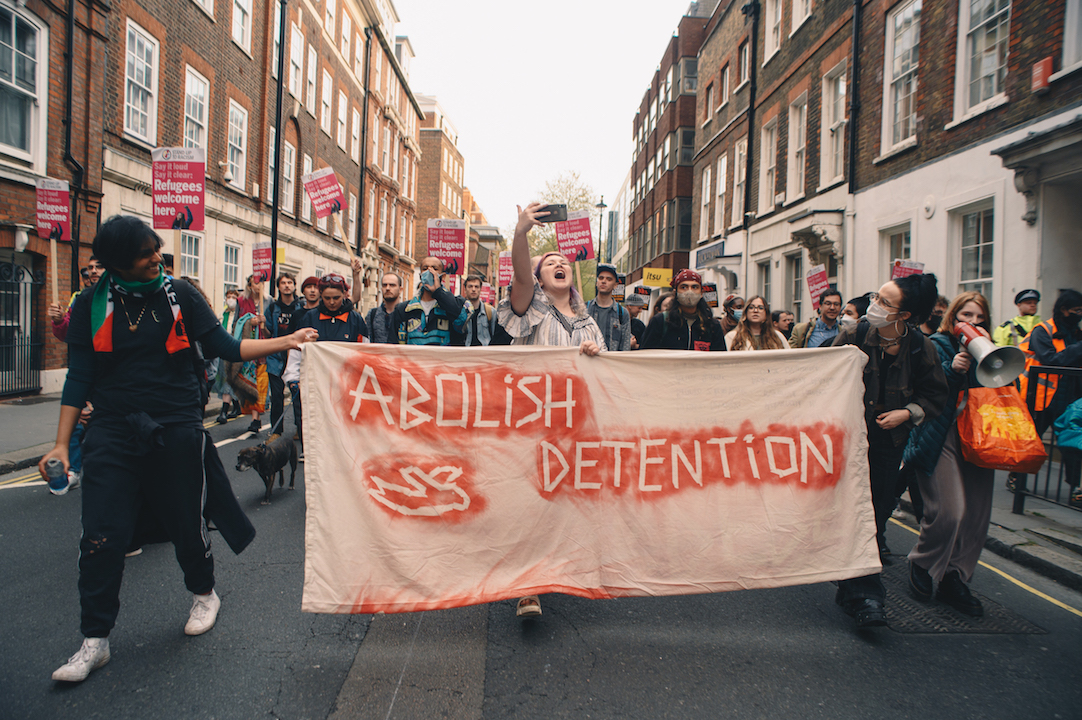 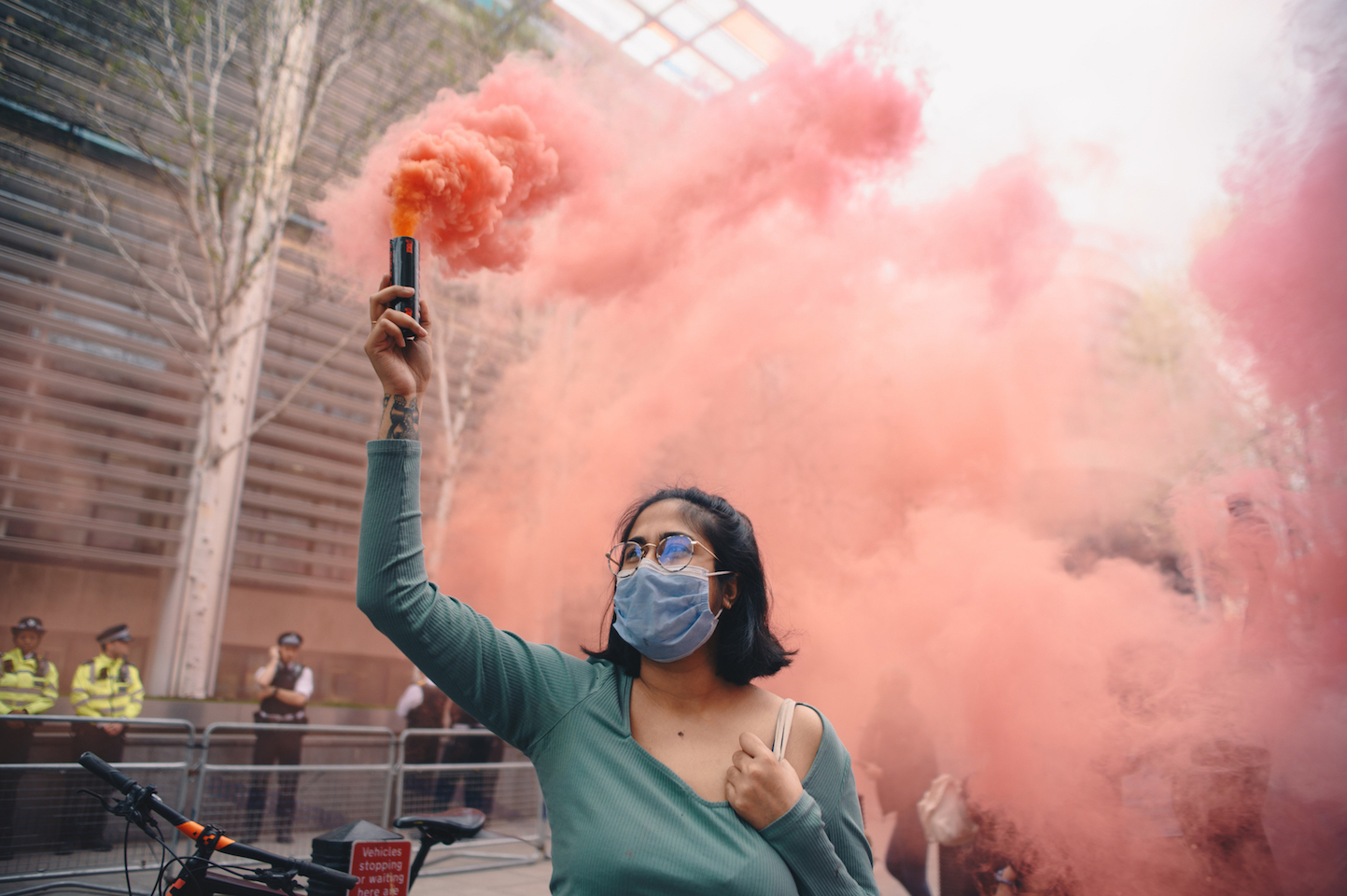 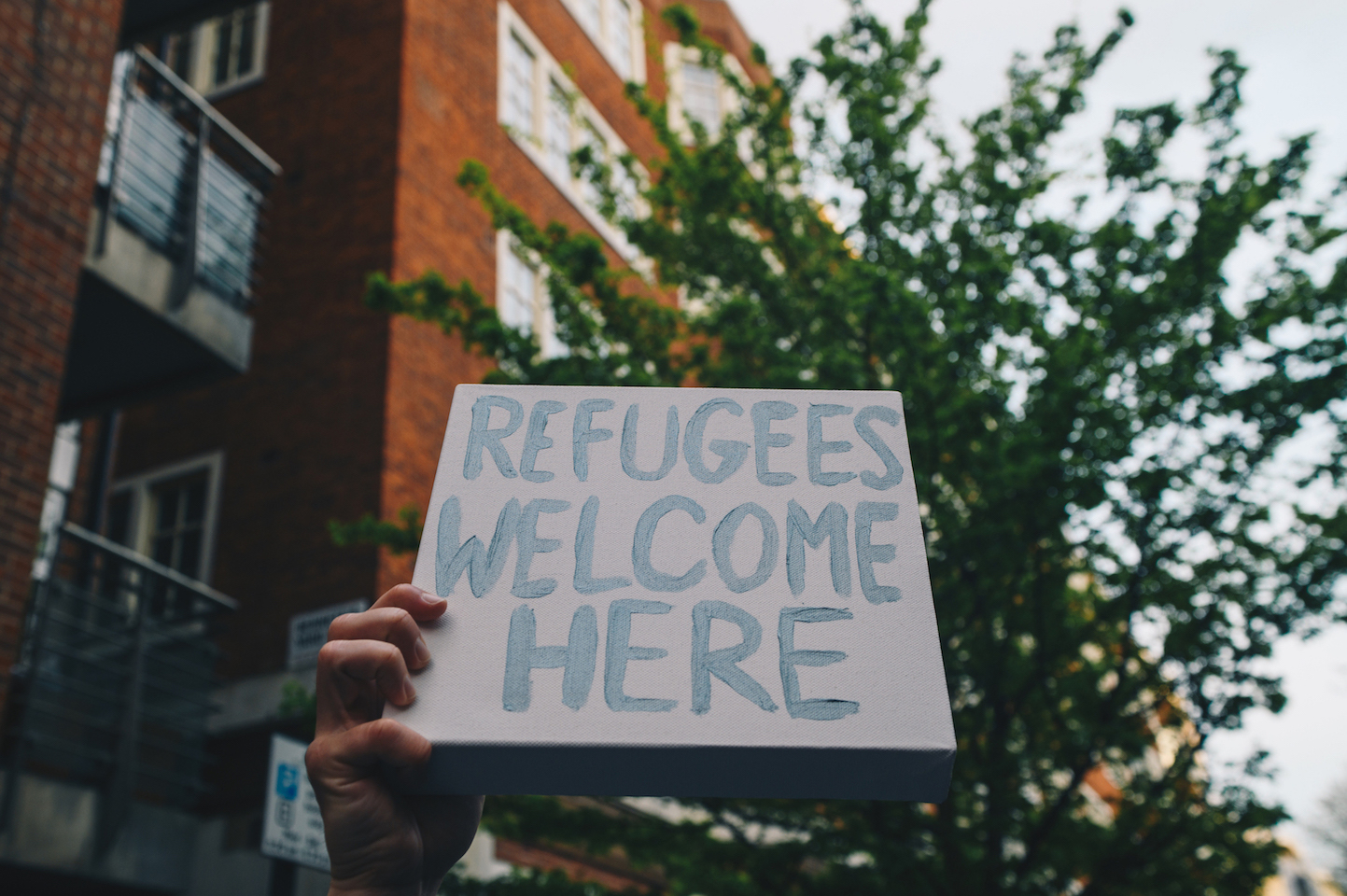 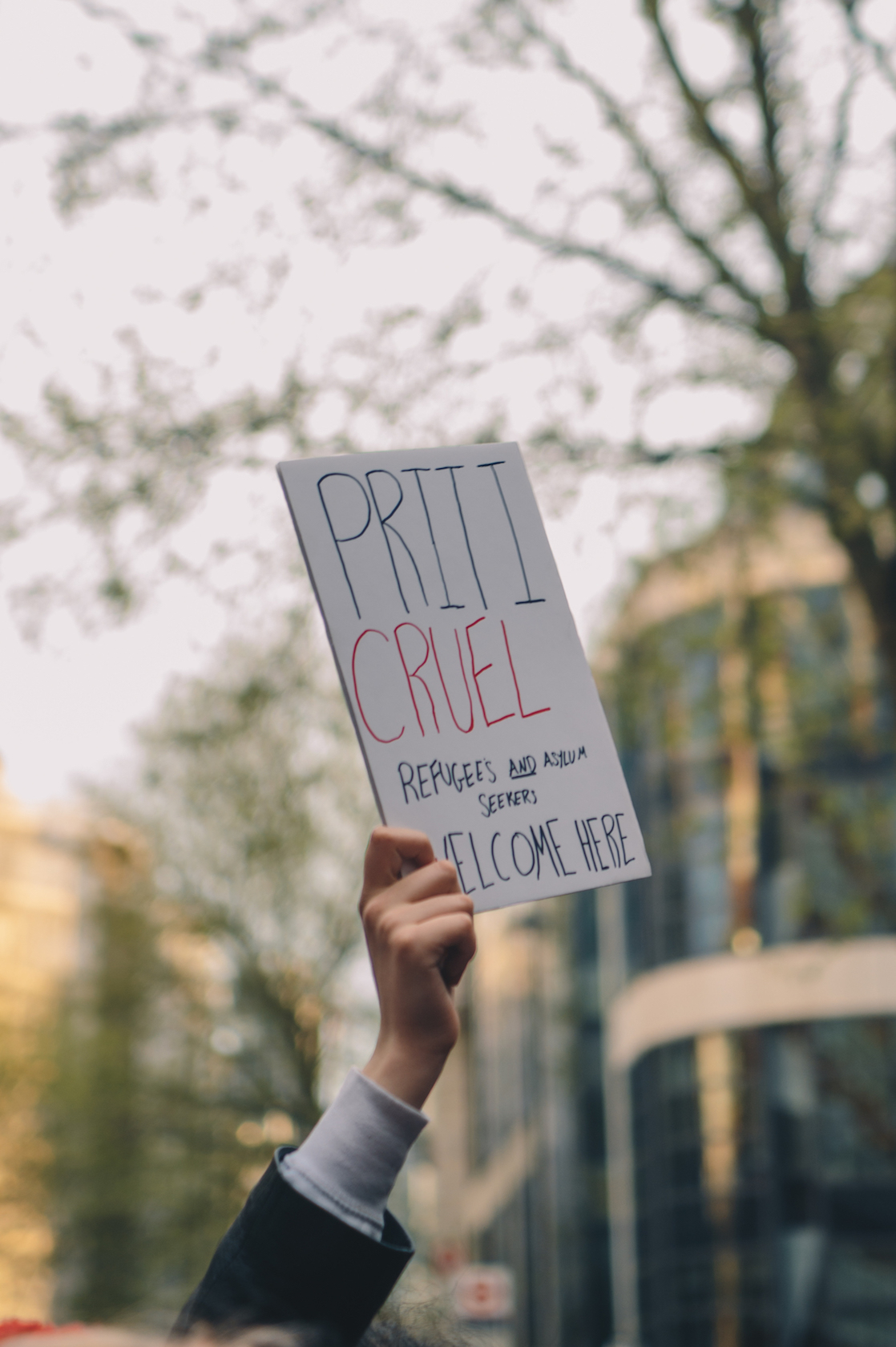 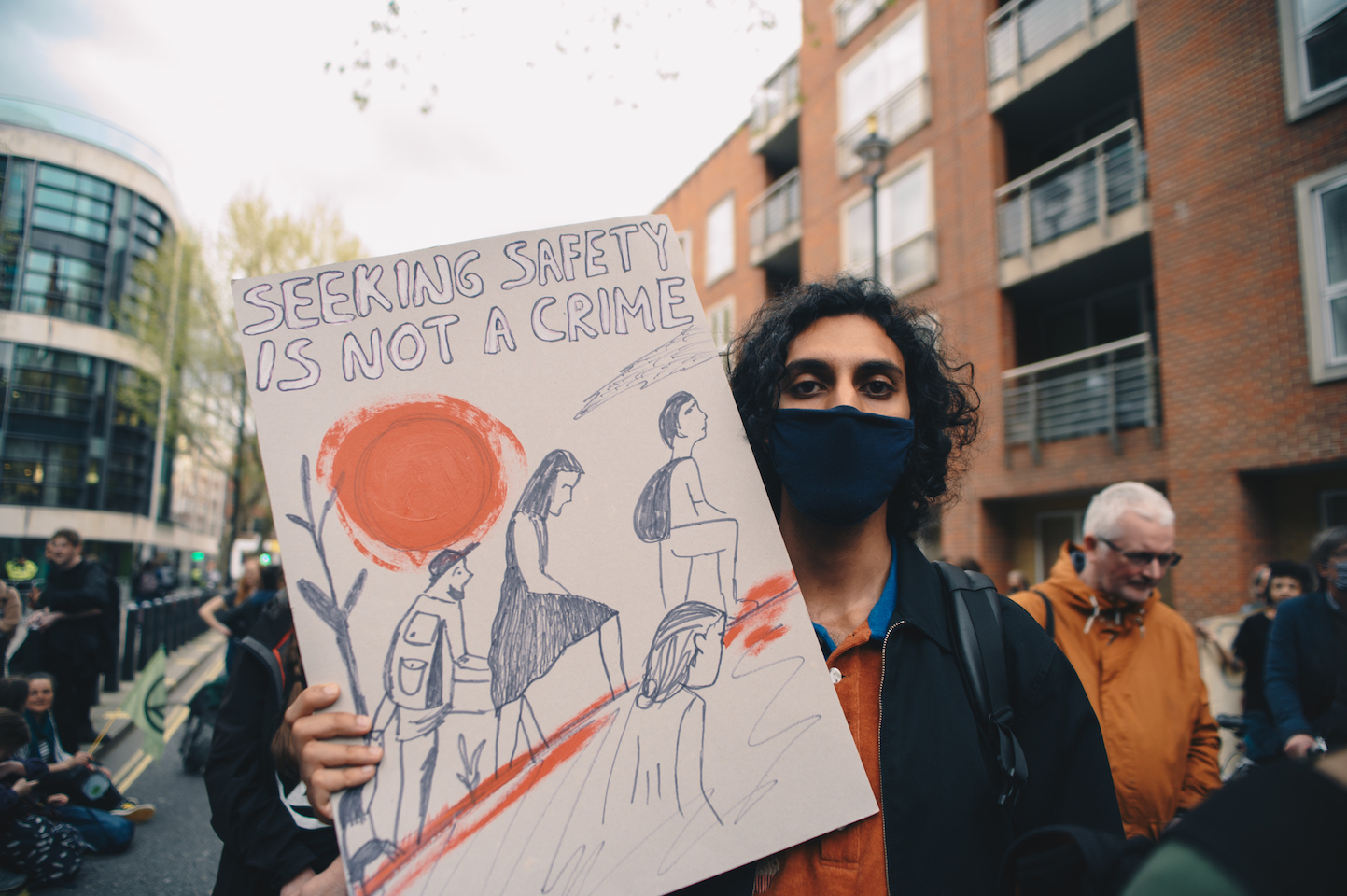 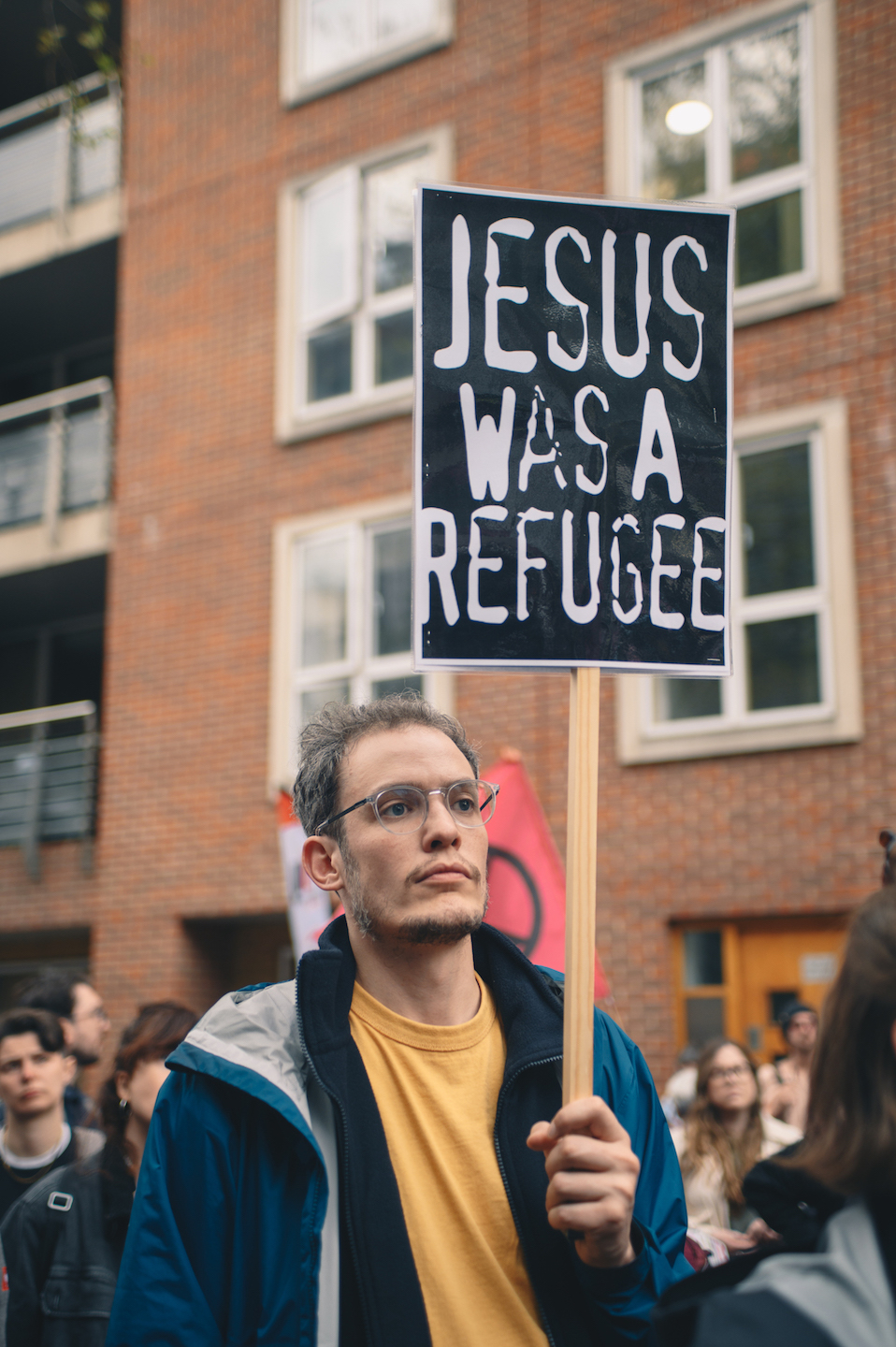 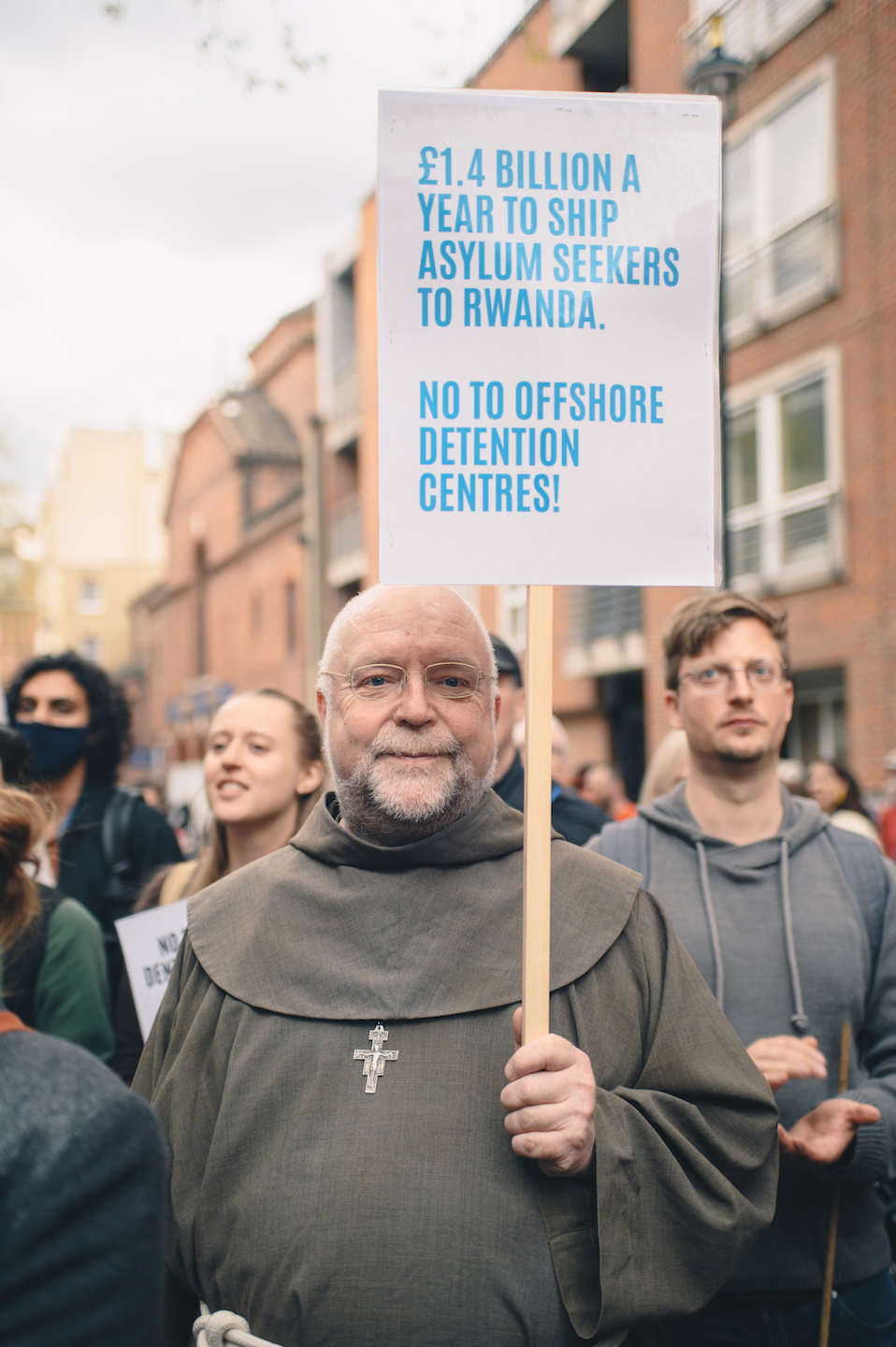 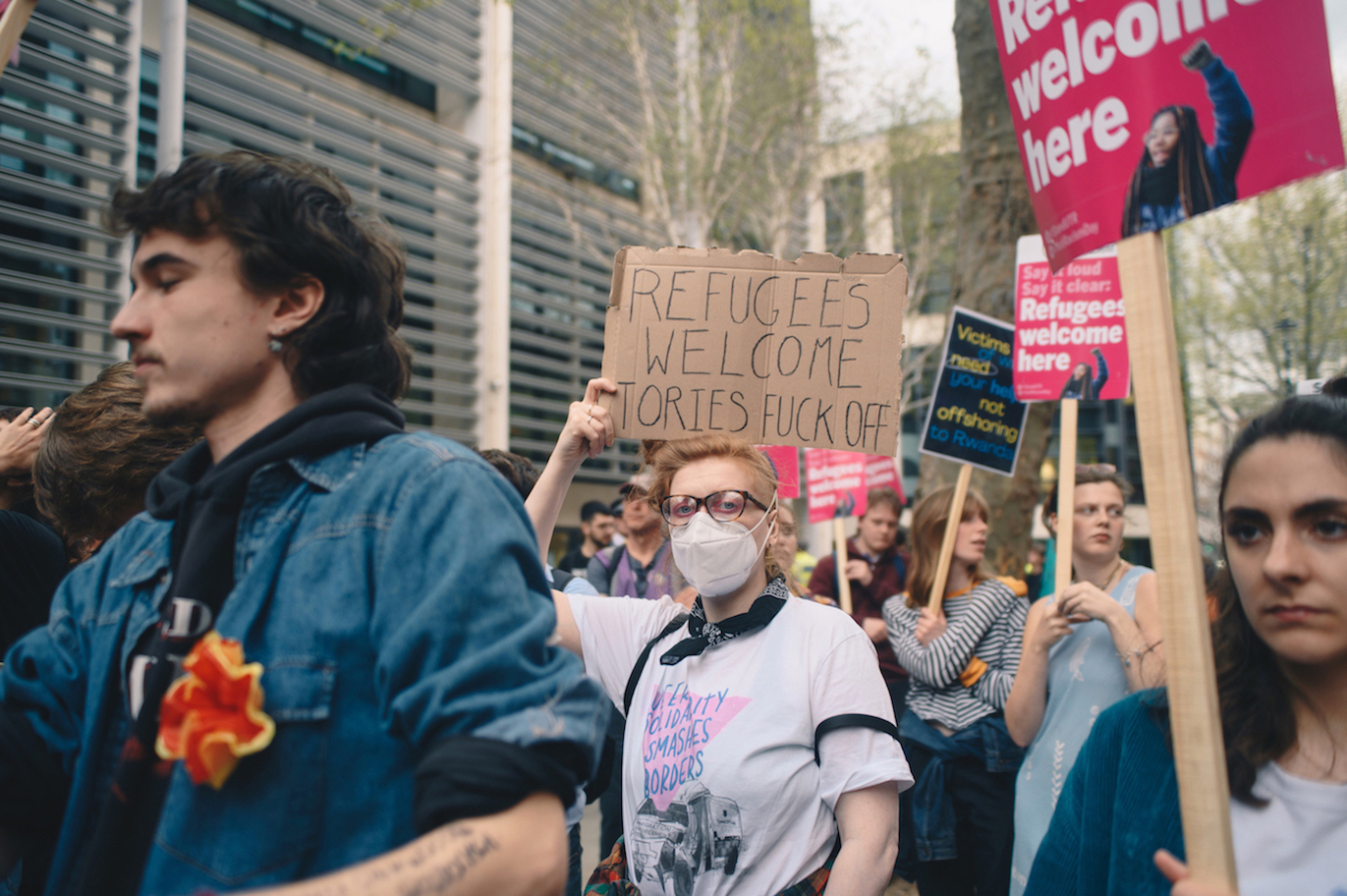 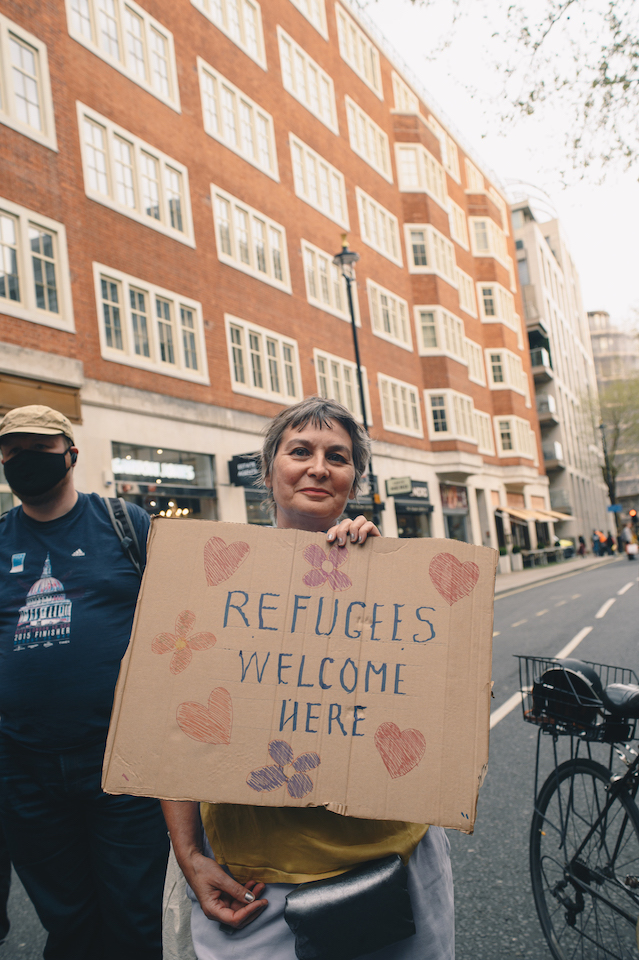 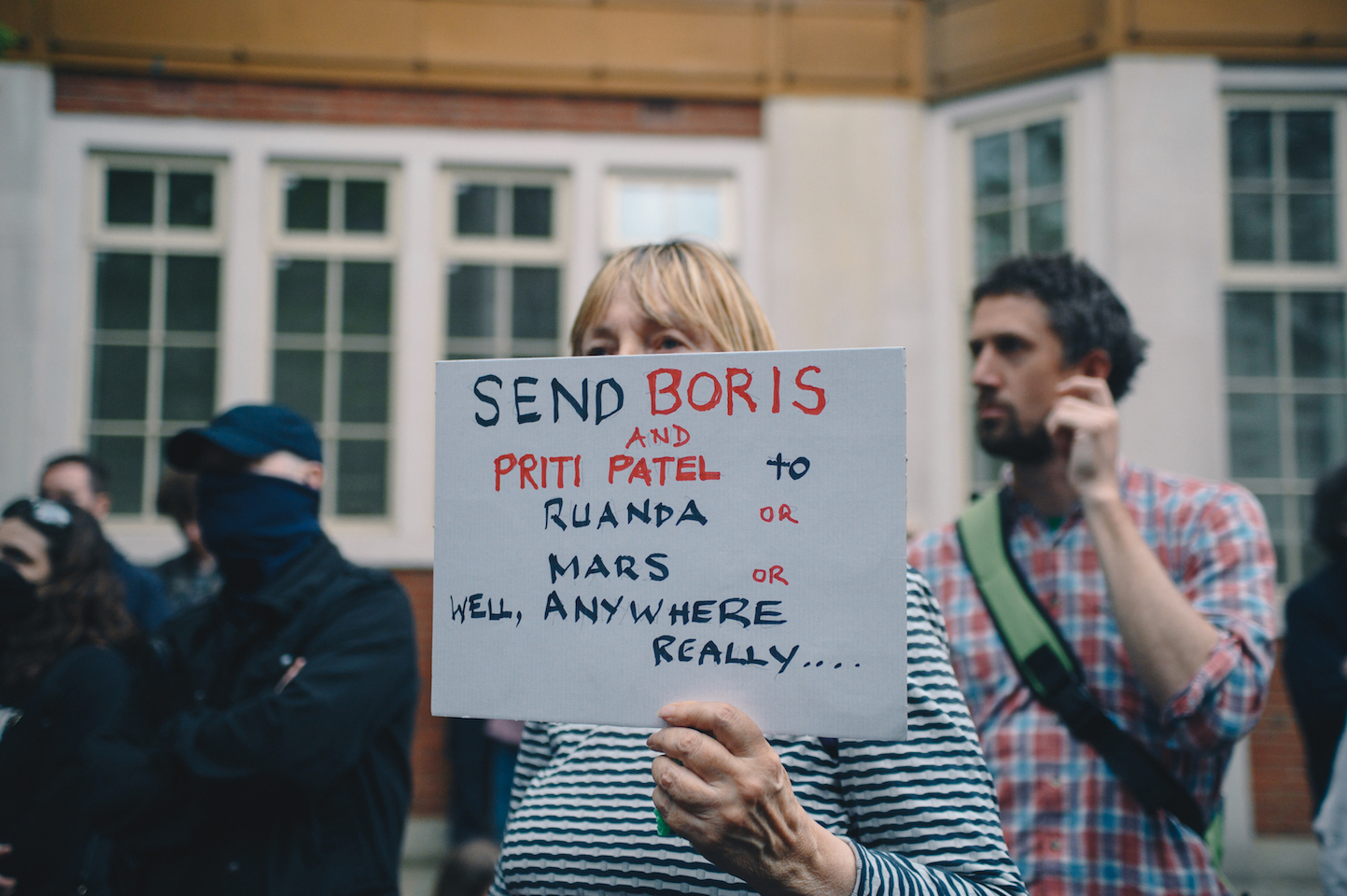 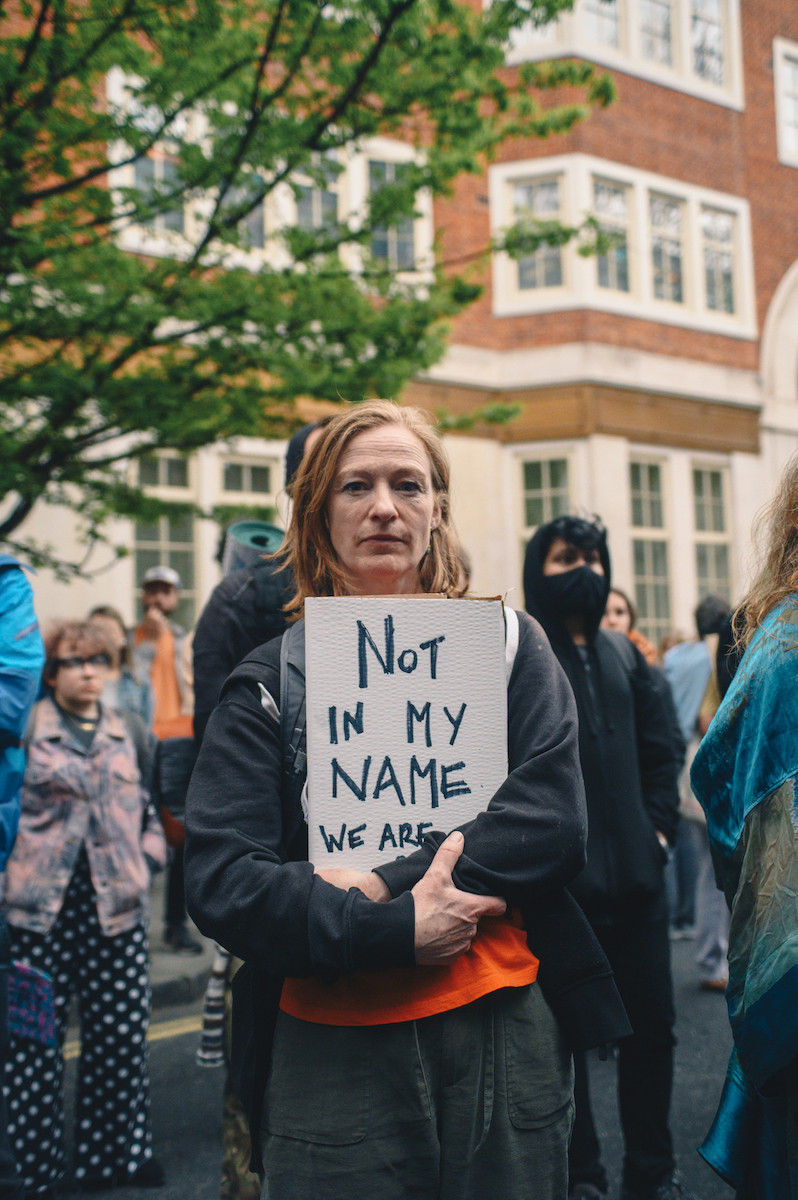 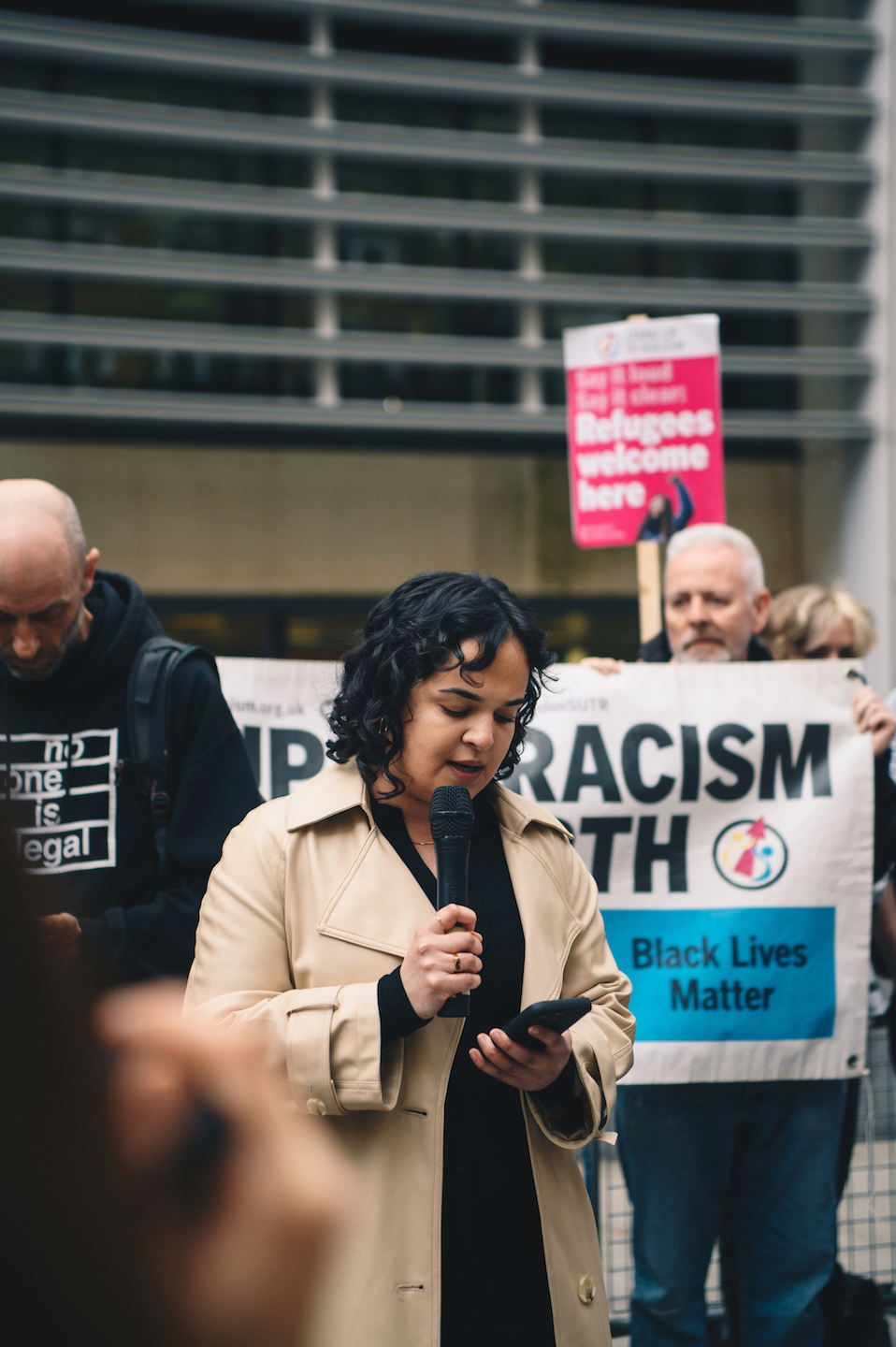 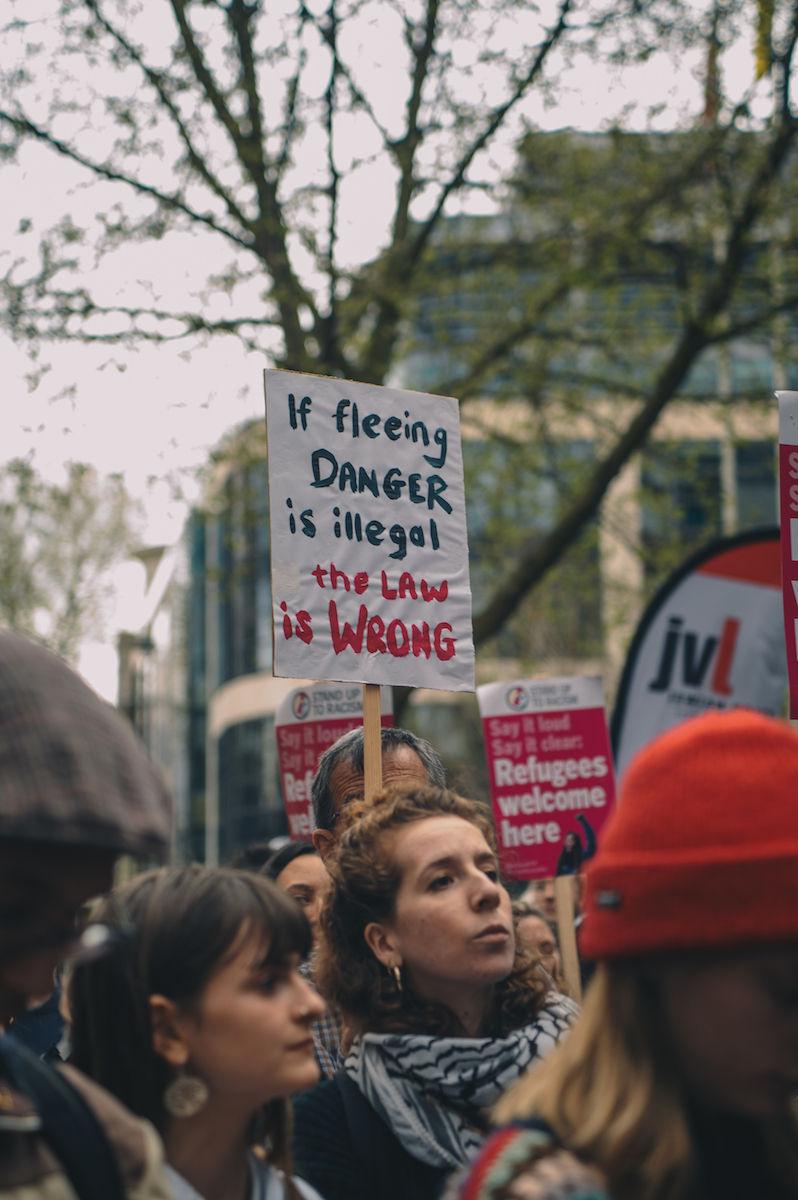 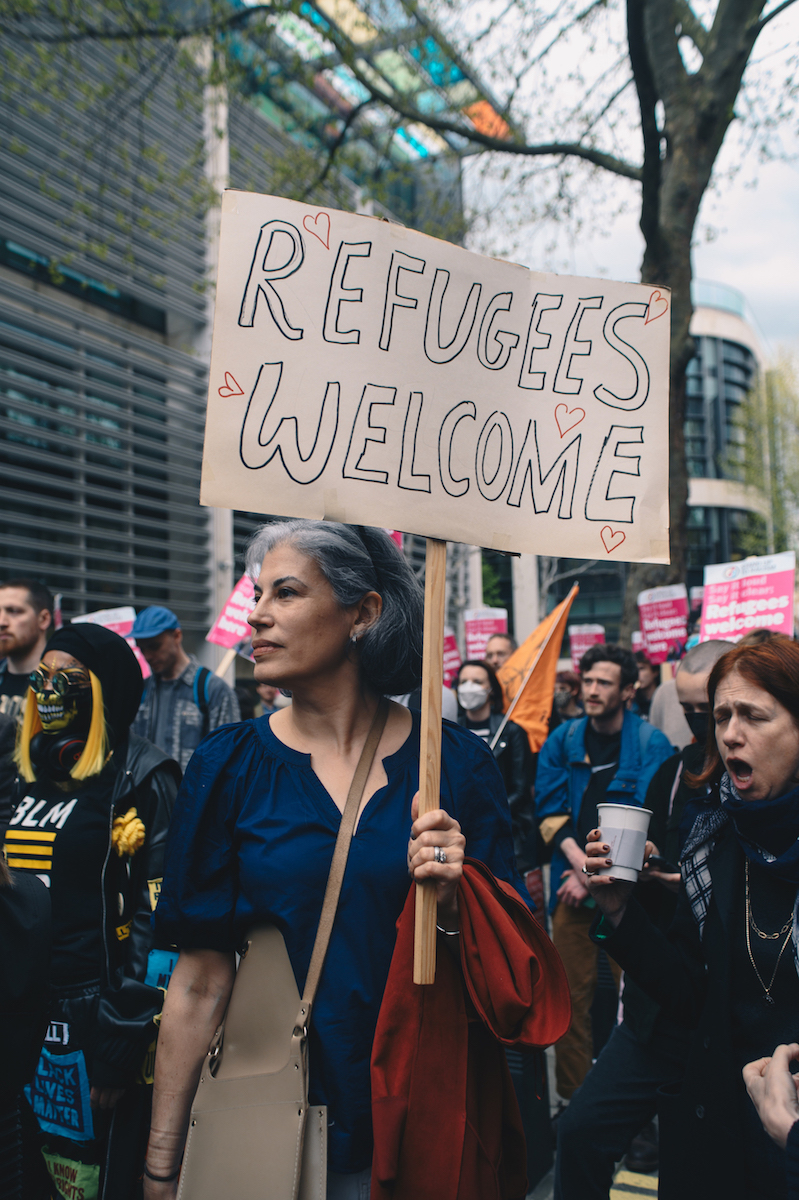 Sign the petition calling on the government to cancel the Rwanda deal here.

Linkedin
RELATED ARTICLES
OTHER ARTICLES
Photographer Robin Graubard’s debut book offers an unflinching record of turbulence and change across the Balkans.
Photographer Phyllis Christopher recalls capturing sex and protest at a time when the city had become a haven for the queer community.
New legislation is set to make it more difficult to hold Israel accountable for its human rights abuses.
After news broke last week around an expected reversal of the 1973 landmark law that made abortion legal in the US, protestors gathered in the UK in support of American women.
While protests over abortion rights rage in the US, access to abortion services is still almost nonexistent in parts of the UK.
From the Yakuza to a biker gang, Bruce Gilden recounts capturing Tokyo and Osaka in the ‘90s.