News & Politics / Activism / I was denied a life-saving abortion 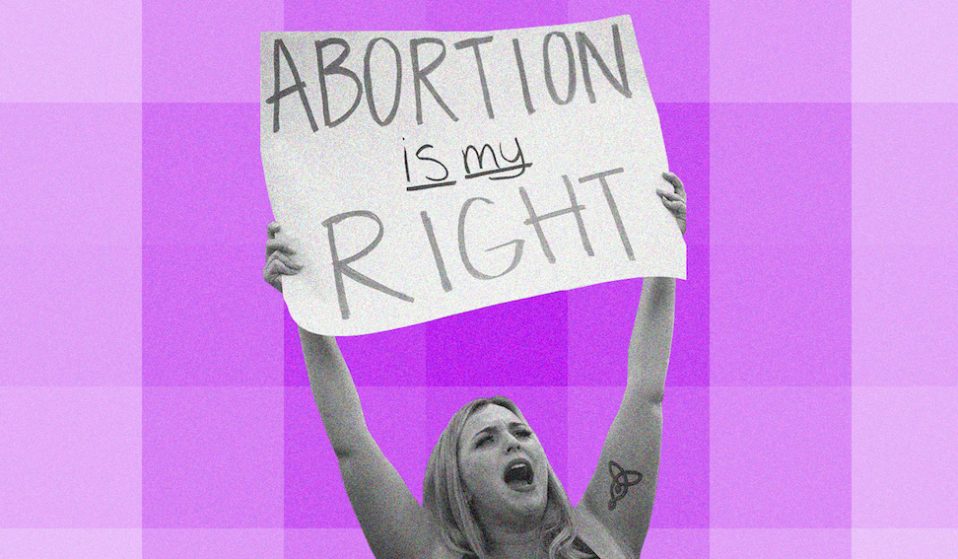 A 28-year-old from Texas was forced to travel across state lines for an abortion that would save her life and end a pregnancy that her baby had no way of surviving.

A 28-year-old from Texas shares her story of being forced to travel across state lines for an abortion that would save her life and end a pregnancy that her baby had no way of surviving.

By the time the US Supreme Court overturned Roe v Wade on 24 June 2022, Texas had already introduced one of the strictest abortion bans in the country in September 2021. Senate Bill 8 made abortion illegal after six weeks of pregnancy or when a fetal heartbeat is detected, with no exceptions for rape, incest or severe fetal abnormality.

While there are exceptions where the pregnant person’s life is in danger, these only apply when there is a medical emergency already underway. The fact that the person will die if they continue with their pregnancy is not enough to allow them an abortion. In Texas, doctors can face six-figure fines and be put in jail for any disallowed abortions.

Kailee DeSpain, a 28-year-old from Texas, battled cervical cancer and had three failed pregnancies before she became pregnant with Finley in November 2021. After doctors realised that two of the miscarriages were due to a blood clotting disorder – which during her second miscarriage, almost cost her her life – Despain was put on blood thinners.

Below, she recounts finding out her baby would not survive at a clinical trial in Houston, and eventually being forced to travel to New Mexico to have an abortion which would save her life and end a pregnancy that her baby had no chance of surviving.

At the clinical trial, we went into our 90-minute-long ultrasound with a bunch of doctors. I was bracing myself for the worst. Afterward, the doctors explained to me and my husband that it looked like Finley’s brain had split, had a heart that couldn’t direct blood where it needed to go, and was missing one of his kidneys.

The doctors told us there’s too much wrong for medical interventions to fix. They said it’s a dangerous situation, and that they’re very concerned about the risks to me.

While we’re in this doctor’s office, they are talking to us about our options. They had to speak very carefully because they can’t recommend an abortion in the state of Texas anymore. The doctor explained that I don’t have any options in Texas until my blood clotting disorder causes life-threatening complications for me – only then would the doctors would be allowed to intervene if they could prove to the state of Texas that I was going to die. But the risks of me dying were not enough.

The nurse and the counselor told us, ‘The most that we can do is send your medical records wherever you need them to go, if that’s the decision you make’.

Following the advice of doctors, I come off my blood thinners to keep my autoimmune system from starting to attack the baby. My husband is just ready to get Finley out, to make sure I survive. He knows that every day that baby stays in there, I’m in danger.

I book the soonest available appointment at a clinic in New Mexico, which is two weeks away. At this point, I’m still going through the motions and wasn’t really sure that I was gonna go through with the abortion. I was like, ‘Well, maybe I should just carry him full term’.

Around 16 weeks into my pregnancy, we get a call with the results of Finley’s genetic testing. They tell us our baby has triploidy [a rare condition with a 100 per cent mortality rate]. Triploidy also comes with risks for the mother, making them at a higher risk of stroke or pulmonary embolism, and preeclampsia [a serious blood pressure condition that develops during pregnancy].  I was already at a higher risk because I’m not on my blood thinners with a clotting disorder.

So at this point, I’m starting to get genuinely scared. My husband’s going to work, and he’s rushing home at the end of the day praying that his wife is still going to be alive when he gets back.

We knew that everything that we were about to go through was going to be very expensive, and we were not really sure how we were going to pay for it at all. My family and my husband’s family said, ‘There’s no way that we’re gonna let you have complications in Texas just because you can’t afford to do this, we’re gonna help’. Between the procedure and the travel, it ended up costing several thousand dollars.

On the morning of the procedure in New Mexico, my husband drove me to the clinic, and when we get there, there were protesters outside and one of them had a megaphone. They’re all over the sidewalk and surrounding the building carrying signs with pictures of supposedly aborted babies and shouting, ‘killers!’,  ‘murderers!’ – things like that.

I’m having contractions because I’m in labor [after taking abortion medication provided by the clinic], and crying because I’m in so much pain, while this woman is screaming at me through a megaphone. And I just remember thinking how absurd that was. I turned around, and I looked at her, and I yelled back at her and I said, “My baby has triploidy! He is not going to survive! My life is in danger!”

In the clinic, after the procedure was done, they take me into the recovery room, and I’m sitting there alone. The whole time all that I could think about was, ‘I want my mom and I’m in this room and I’m surrounded by strangers’. I should have been able to see my family. We made the 10-hour drive back to Texas the next day.

It’s very scary to know that you could be pregnant in the state of Texas, and you could be having complications, but they’re not quite complicated enough yet. I am terrified of it happening again. And I know that there are attorneys who are working on writing laws in the state of Texas to prevent women from going out of state, and that Republicans voted against codifying a woman’s right to travel to get an abortion.

What we know now, especially after talking with doctors, is that if I hadn’t had an abortion, I would most likely not be here. And for Finley, it went beyond him growing up with special needs. He was going to die a horrible, painful death – and that’s if I made it to full term. It was divine intervention that the doctors that we’d run into would help.

So I guess my question for all the people that say, ‘Well, you should have to carry to full term no matter what’ – what about me? What about my recovery time? What about my mental state? What about how much that would have cost because we don’t have universal health care? Our health insurance is better than a lot of people’s health insurance, but we still would have been thousands and thousands of dollars in debt. This country is not set up for women to carry babies that need palliative care full term – and obviously, I believe that should always be a choice.

Linkedin
RELATED ARTICLES
OTHER ARTICLES
Rogue landlords are exploiting young and inexperienced renters and leaving them in mental and financial turmoil, reports Niall Hignett.
The two-day long event returned to London this year, showcasing a spectacular parade, steel bands and Caribbean food.
By turning a real-life crisis into daytime television fodder, TV bosses have once again shown themselves to be completely out of touch with audiences.
Ahead of the release of their first collaborative album, the producer and rapper talk psychedelics and the state of UK hip hop.
Rhiannon Adam spent three months capturing an ageing society wracked by division, isolation, and the aftermath of scandal.
Birdy Chu reflects on documenting the historic moment in which the territory was formally passed back from the UK to China.