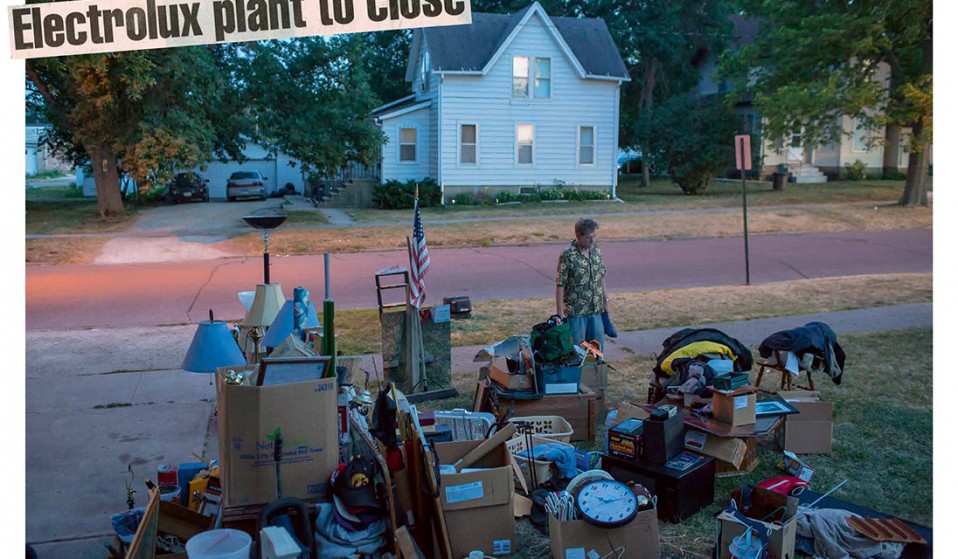 Photographer Brendan Hoffman will distribute a new zine for free at Donald Trump’s inauguration this Friday. It focuses on Webster City, Iowa; a town still attempting to find it’s place in an ever-changing America.

Coming to terms with the fact that in just a matter of days Donald Trump will become President of the United States of America is no easy task. But to understand how the tycoon, heralded by the likes of white supremacists and climate change-deniers, has managed to secure his place in the most powerful office on Earth requires more than indignation.

What Trump so successfully did was capture a sense of nostalgia felt by many Americans, reinforcing the notion of the attainable American Dream; his rallying call to “Make America Great Again”.

But is this nostalgia truly rooted in nay sort of fact? Did this ‘great’ era of America really exist outside of the collective consciousness? 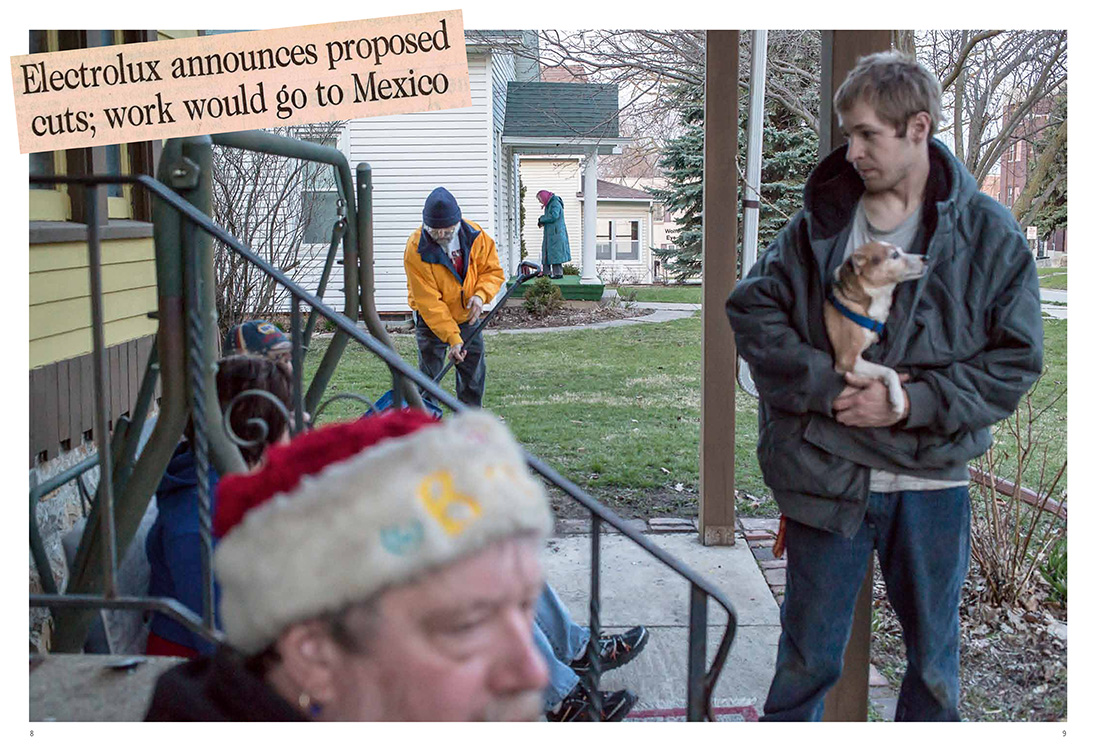 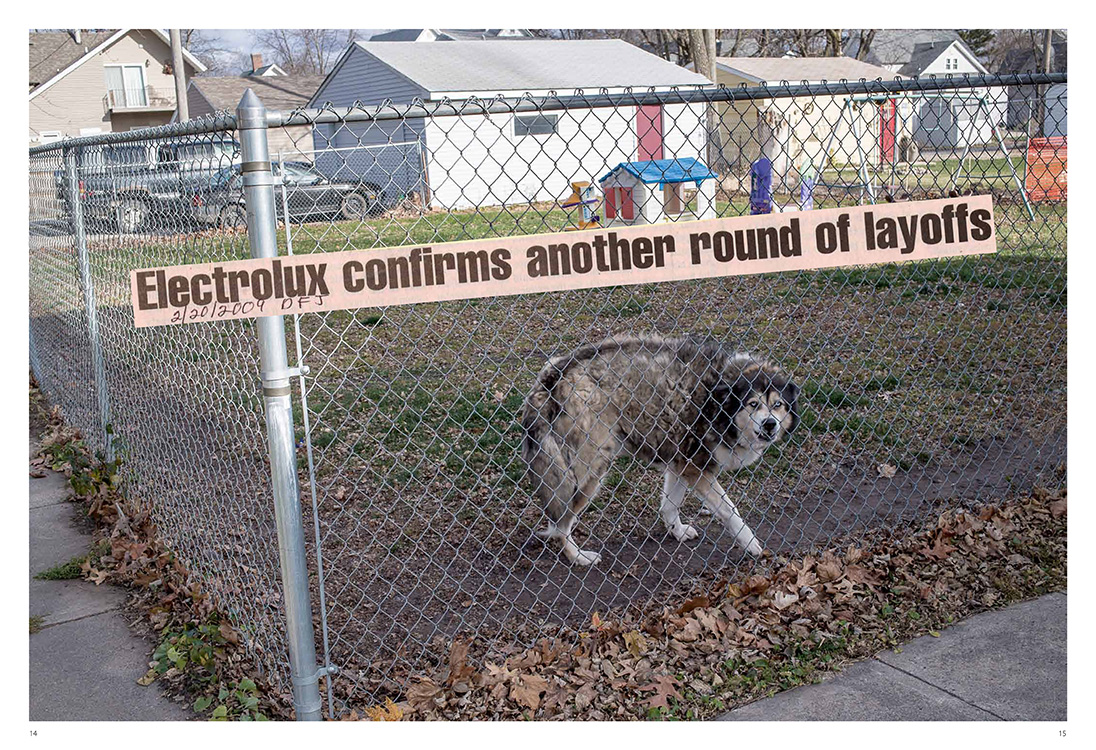 Photographer Brendan Hoffman has explored these notions in his latest zine The Great Old Days, which he’ll be distributing for free at Trump’s inauguration in Washington DC on Friday. His zine focuses on Webster City, Iowa, a community that encapsulates Trump’s key demographic, still attempting to cling onto the relics of the American Dream.

Brendan began his journey with Webster City in 2011, when 2000 residents lost their jobs after the local Electrolux factory was closed when production moved to Mexico. A native to DC, Brendan now lives in Ukraine, where he has been following the ongoing conflict, but this personal project provokes reflection in an era marked by apprehension and polarisation. 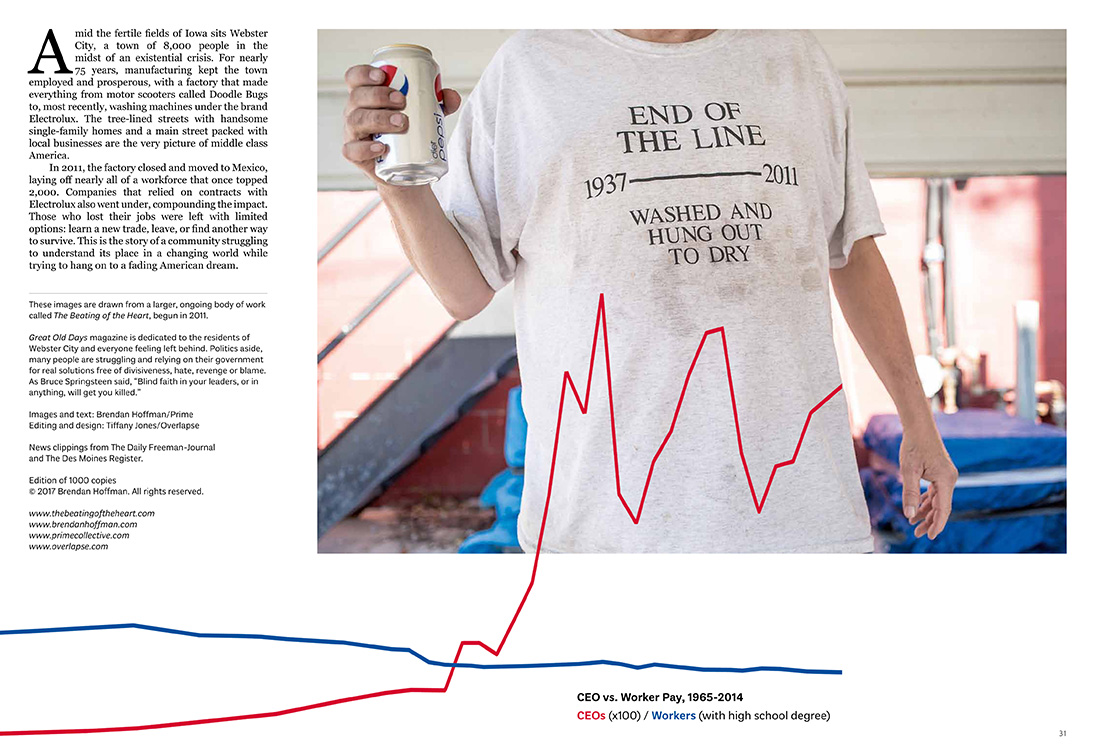 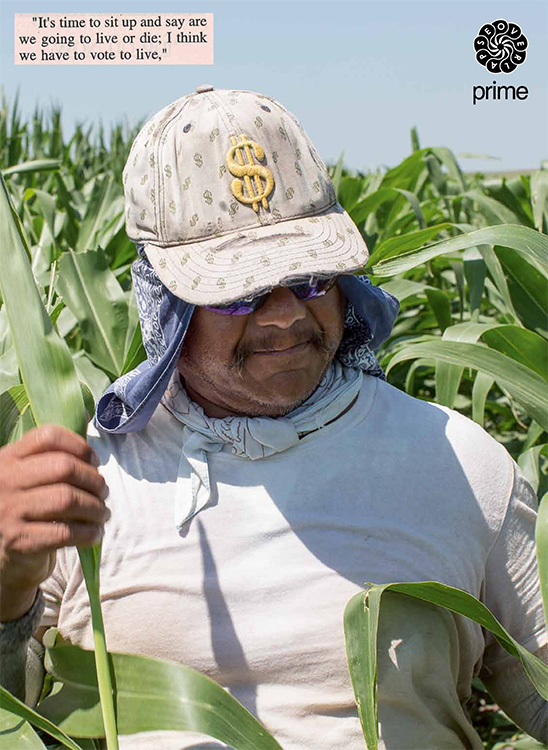 Why is it so important for you to give this zine out for Trump’s inauguration?
It has to do with the subject matter. I started this project more than five years ago, documenting this community in Iowa where the local factory shut down and moved to Mexico. I had no idea that this segment of society was going to be so politically relevant, and after Trump’s surprise win it was clear that these communities needed to be listened to. I’m hoping that this zine can provoke reflection amongst Americans; both those who turned to Trump when they didn’t feel listened to, and those like myself who were so surprised by his victory.

How did the residents respond to you?
Well, I made a lot of good friends there. It’s a comfortable place for me to go and I feel like a part of that community there. There was a never a point where people worried about me; politics and some of these larger issues are not part of people’s everyday concerns. 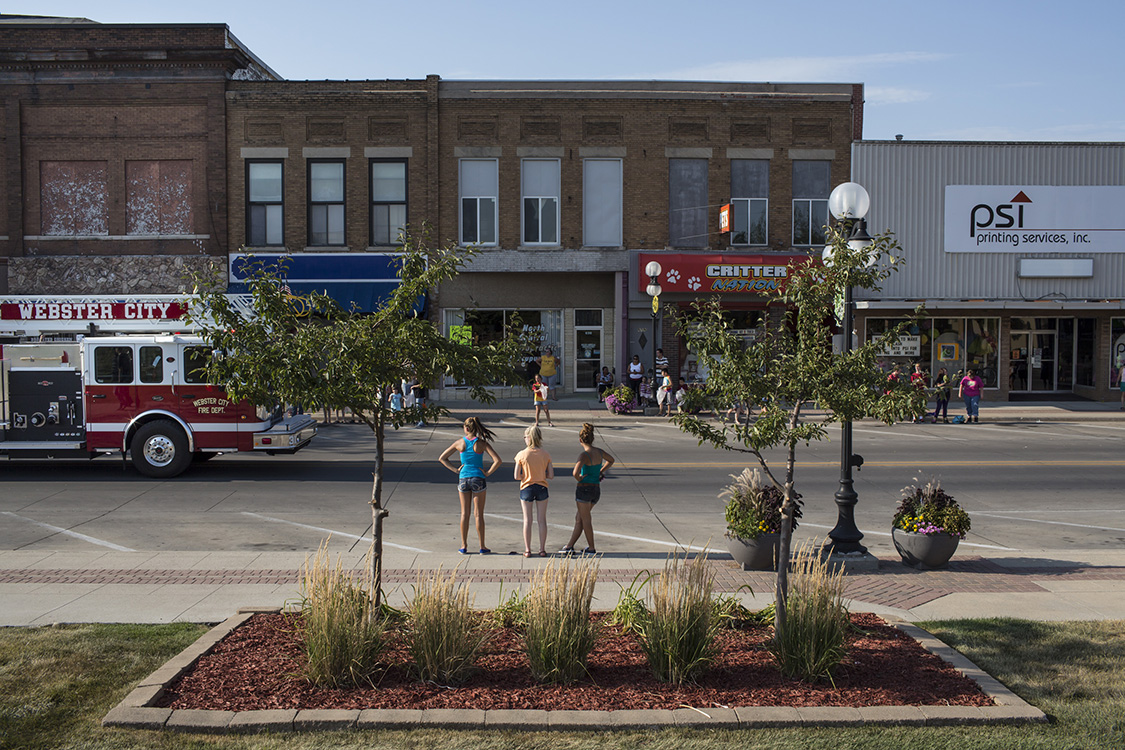 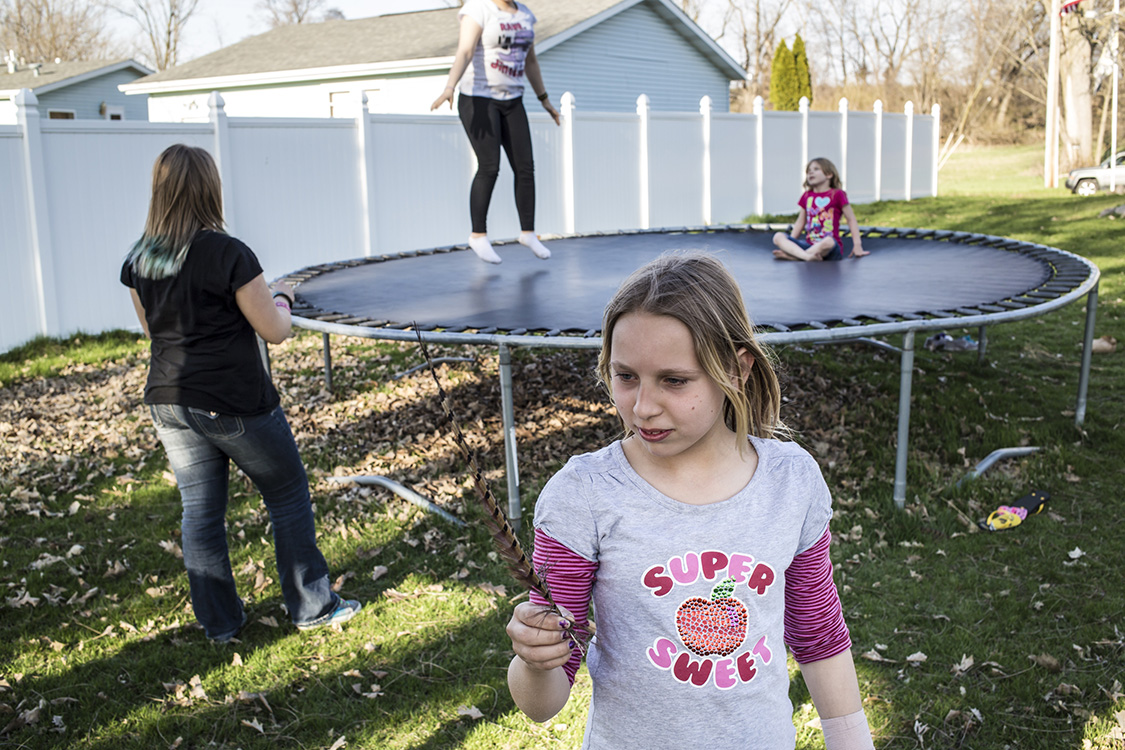 Did you feel there was a sense of apathy towards politics there?
Definitely, for sure. I got curious during the late stages of the campaign; I’m friends with a lot of people from Webster City on Facebook, and being aware of these partisan algorithms I wasn’t seeing Trump supporters on my feed. So I checked out one by one to see what they were putting, but I found that even then they weren’t particularly engaging with politics.

Nostalgia seemed to account for a lot of Trump’s support during the election, was this a theme you wanted to explore in this zine?
Absolutely, that title is supposed to invoke this sense of nostalgia. I chose ‘great’ instead of ‘good’ to draw a line to the Trump phenomenon. I guess it’s an ironic poke that there was this time in the past that was magically better for everyone. This idea that we need to go back in time to be happy is false and not necessarily a reasonable framework to address the contemporary issues at hand. 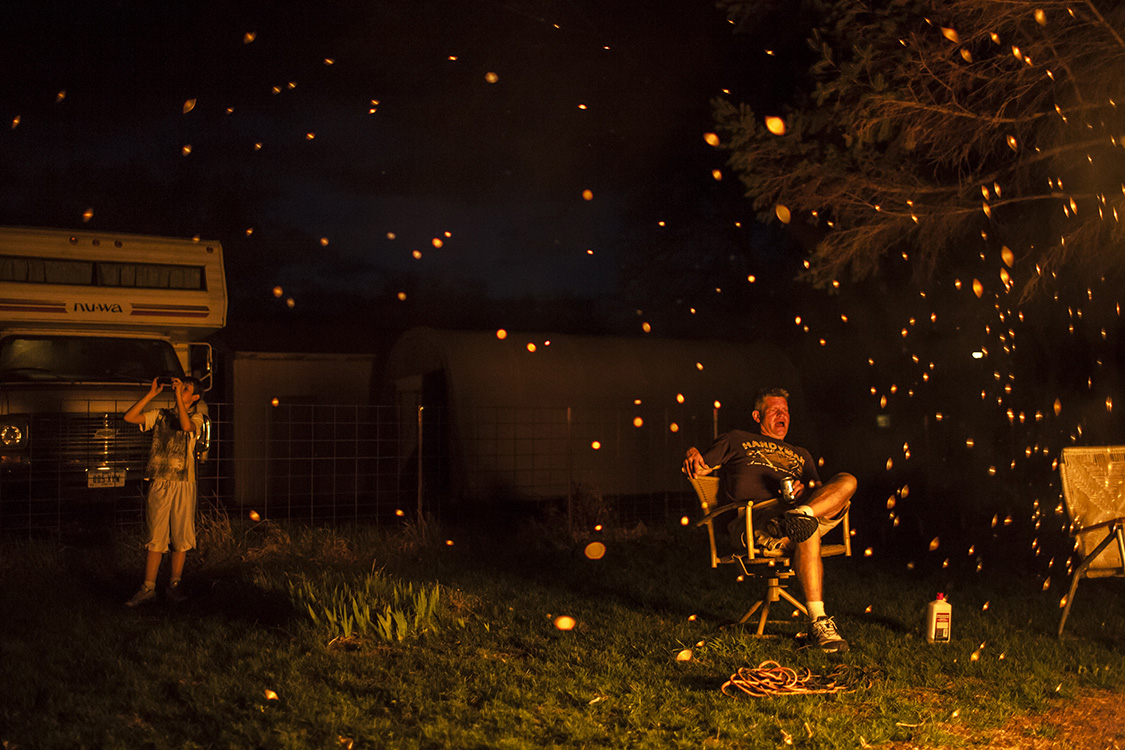 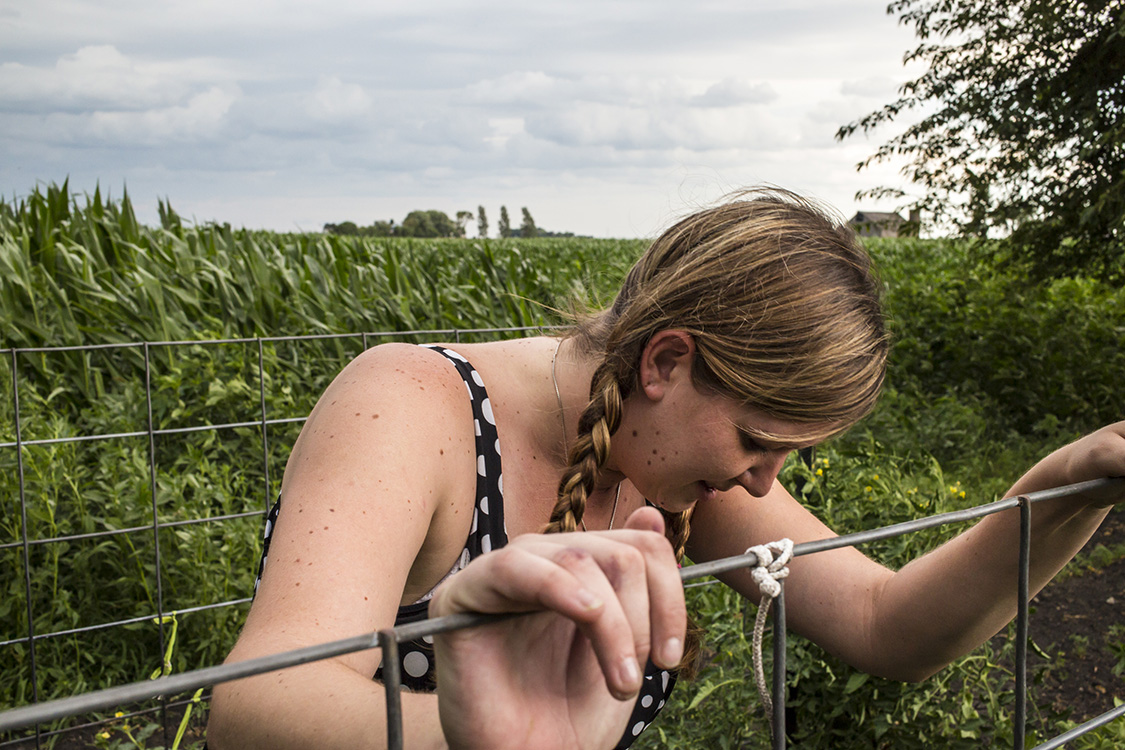 How do places like Webster City convey a deeper message about what the American Dream means today?
This was something I felt really viscerally when I went there, it was a place that just felt so disconnected and aimless; maybe that’s the problem. We don’t necessarily feel like they are a part of what the American dream is now, and it took me a long time to be able to talk about it. I still can’t quite put my finger on it. I think there still is an American Dream but the challenges that exist are structural; they’re not just a result of bad choices made by individuals, the problems that American society faces are built into our culture and I think to actually change we need to change the structure of our society.

Do you feel that this zine can help to bridge the gaps in this polarising political era?
That is definitely part of it, before the zine the point of the work was to do the same thing. I did feel slightly insecure about showing this and whether or not I had done this community justice. I’m from upstate New York, lived in DC for 11 years, and am the exact liberal elite that were upset about Trump’s victory. I’m not 100% sure whether I did bridge that gap, and I guess that tension is built into the work, but I hope it can allow for us to reflect upon the conditions that allowed for a Trump presidency.

With many Americans suitably apprehensive of a Trump presidency, what can they take from this in a positive way?
What this election has demonstrated is that when people come together, they do have the power to affect the whole country, whether or not people think its the right direction.  People were feeling powerless but now realise that they can actually make a difference. I think it was a wakeup call; a lot of people have real concerns and have put their trust into someone to represent them. They see the system as broken but they can just as easily come to the conclusion that Trump is not representing them and can change this status quo once again.

Linkedin
RELATED ARTICLES
OTHER ARTICLES
After blocking the Scottish government’s gender recognition reform bill, Westminster is now devising further changes to the law to make it harder for trans people to self-identify.
A new film from Berghaus traces the story of Adam Raja, who left behind a turbulent upbringing to discover the healing power of climbing.
Theo McInnes’s photos of the annual event provide an intriguing snapshot of contemporary Britain.
Photographer Becky Tyrell went down to the fading banger and stock raceway to meet a community desperate to keep it alive.
A new law change is enabling Britain’s donor-conceived children to know the truth about their origins – but campaigners say the fertility industry must do more to protect people.
The action took place in response to the 200 asylum-seeking children who were placed in hotels run by the Home Office who have gone missing.