News & Politics / Activism / In Scotland, sex workers are battling for their rights 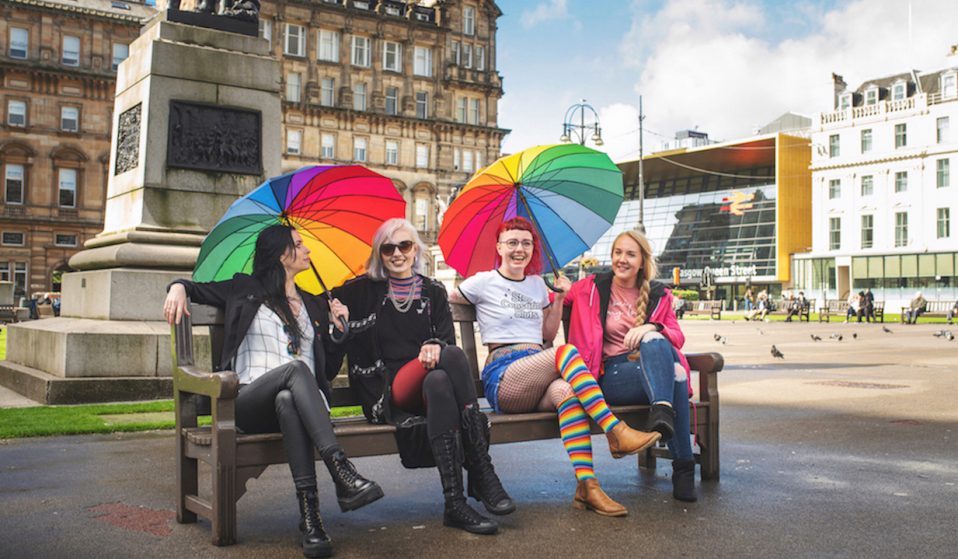 Campaigners are fighting back on plans from the Scottish government to make buying sex illegal, highlighting the grave danger it would cause to sex workers.

Campaigners are fighting back on plans from the Scottish government to make buying sex illegal, highlighting the grave danger it would cause to sex workers.

Sex workers around the world have been some of the hardest hit by coronavirus: with in-person meet-ups made complicated, they’ve seen their incomes dramatically reduced. But for those based in Scotland – who already face ‘stingy support’ from the government – a new consultation is only set to worsen their plight.

As of 12 September this year, the Scottish Government opened up the ‘Equally Safe’ consultation to the public, which closes on 10 December 2020. It is aimed at “challenging men’s demand for prostitution, working to reduce the harms associated with prostitution and helping women to exit”. This client-criminalisation approach indicates an ideological alignment with the Nordic Model for regulating sex work.

In response, sex worker collectives and charities in Scotland such as Scot-Pep and Umbrella Lane have taken to social media to declare that sex workers under the Nordic Model are #NotEqualNotSafe. They also held a candle-lit vigil outside of Holyrood, Edinburgh, on International Day to End Violence Against Women.

Why this backlash against the Nordic Model? In theory, it’s a form of legislation that criminalises hiring the services a sex worker without criminalising sex workers themselves. But in practice, activities associated with prostitution – such as brothel-keeping (which can even mean working in a flat alongside a friend for safety), kerb-crawling or public solicitation – are deemed illegal. This means that sex workers still run the risk of police persecution, all while finding it more difficult to make ends meet and facing increased insecurity and danger at work.

First introduced in Sweden in 1999 and then rolled out in Norway, Iceland, Canada, Northern Ireland, France, Ireland and Israel, client criminalisation is gaining ground among lawmakers— particularly due to its support amongst “radical feminists” like Julie Bindel, or the Nordic Model Now! women’s group.

But, condemned as a human rights violation by Amnesty International, research has shown that it leaves sex workers more isolated and at greater risk of violent crimes. Groups such as English Collective of Prostitutes argue that there is no way to protect sex workers except through full decriminalisation, which – as has been the case in New Zealand after the introduction of its 2003 Reform Prostitution Act – improves access to legal, health and safety rights for 90 per cent of sex workers.

“What we need right now is financial support and not to feel threatened by the police for working if we have to, to make a living,” says Kat, a representative of sex worker-led charity Scot-Pep, who have been outspoken in their opposition to the Equally Safe consultation.

“[Scot-Pep] are campaigning so that the Scottish Government will hear [sex workers], and take us seriously when we say how worried we are about them considering bringing in the Nordic Model.”

the bit of the Scottish govt consultation on sex work where they say that the collapse in demand caused by Covid harmed sex workers safety, and then three sentences later start talking about how they want to create a collapse in demand https://t.co/3FZxQvAfF6

Kat emphasises that the Scottish Government needs to listen to sex workers’ opinions on client criminalisation before it’s too late. “There is real evidence that this model harms sex workers from the countries that already have this type of criminalisation,” Kat notes. “But the government doesn’t seem interested in engaging with us on this.”

Summer*, a sex worker from Glasgow, echoes Kat’s concern that the Equally Safe consultation, and the push towards a Nordic model, does more harm than good. “I’ve been in the industry for almost six years now. I am choosing to do this job, and I’m not looking for support to exit. I’m looking for the government to help make my work safer and to support a harm reduction approach,” she says.

“The consultation to end demand only serves to further stigmatise workers and if the Nordic Model passes, it would make our work more dangerous by putting workers in situations where they feel pressured into seeing dangerous clients or providing services they’re not comfortable with.”

Alice, an escort also from Glasgow, agrees that the Nordic Model will not lead to the greater safety that the Scottish Government promises, instead, making sex workers more reluctant to report crimes. “Some might think that if the clients are criminalised, then the sex workers can feel safe in reporting any crimes, but that isn’t really the case,” she says.

“The level of trust between sex workers and police doesn’t go up: if anything, it gets worse. If sex workers report a crime it makes them an obvious target for the police to watch and then arrest any potential clients they have after that point.”

It’s clear from most people working in the sex industry, there is strong opposition to the Nordic Model — so why does the Scottish Government not want to listen? The answer could lie in the fact that the nation’s Violence Against Women and Girls (VAWG) policy conflates prostitution with “commercial sexual exploitation” and classifies sex work as “a form of gendered violence”.

With this, the government has taken a moral stance on sex work that paints sex workers as “victims” who must be saved, rather than workers who must have equal access to their rights.

For Anastacia Ryan, the Founding Director of Umbrella Lane, a peer-led sex worker well-being project in Scotland, the Scottish Government will continue to fall short when it comes to sex workers’ needs until it abandons this misplaced moralising and starts listening.

“Despite leading the way on progressive measures in other areas of women’s rights,” says Ryan, “the government agenda on prostitution is driven by an outdated ideology and a harmful moralistic view that fails to recognise the agency of sex workers.”

“We have an opportunity in Scotland to create policy and laws in this area that prioritise safety, health and harm reduction, showing sex workers that their lives matter,” she continues. “This begins by placing the voices of sex workers at the heart of this consultation and all future policy agendas.”

With the end date for the consultation looming, the safety of sex workers currently hangs in the balance. But if anything is certain, it’s that Scotland’s sex workers will continue to loudly protest the stigma and threats against their profession.

You can use Scot-Pep’s advisory notes to fill out the consultation, which runs until 10 December and is open regardless of whether you live in Scotland or not. You can also raise awareness of the consultation by using #NotEqualNotSafe on social media.

Linkedin
RELATED ARTICLES
OTHER ARTICLES
Birdy Chu reflects on documenting the historic moment in which the territory was formally passed back from the UK to China.
Rogue landlords are exploiting young and inexperienced renters and leaving them in mental and financial turmoil, reports Niall Hignett.
Cindy Campbell recounts how her brother ushered in a new era of musical culture at a party she held in the Bronx in ‘70s.
In his 2008 series, the photographer pictured himself as Angela Davis, Martin Luther King Jr., Malcolm X, and other prominent figures.
Photographer David Corio’s archive offers a glimpse inside a revolutionary era of music and nightlife.
Sean Maung’s photos are a love letter to the Black and brown communities that make up New York.